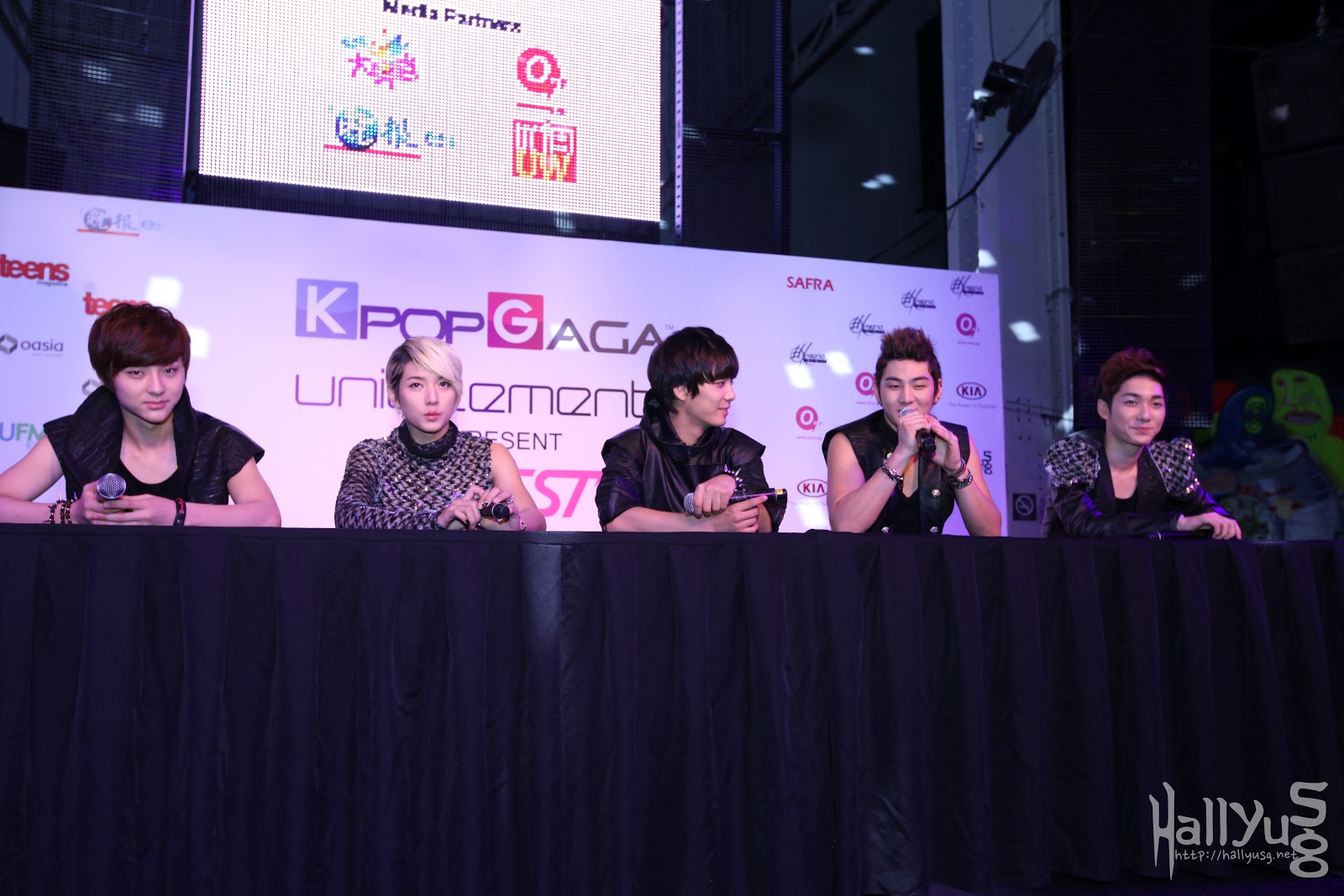 “Showtime, NU’EST Time! We are urban electro band, NU’EST!”
Greeting the media and audience enthusiastically with their trademark introduction, NU’EST made their first appearance at the Singapore press conference and KPOPGAGA ShowKase 2 which took place at St James Power Station, Powerhouse on October 26th. Comprising of 5 members namely Aron, JR, Minhyun, Baekho and Ren, the boy band from Pledis Entertainment sent the media and fans into a renewed frenzy as they shared about their inspirations, future plans and dreams during the short interactive press conference session. 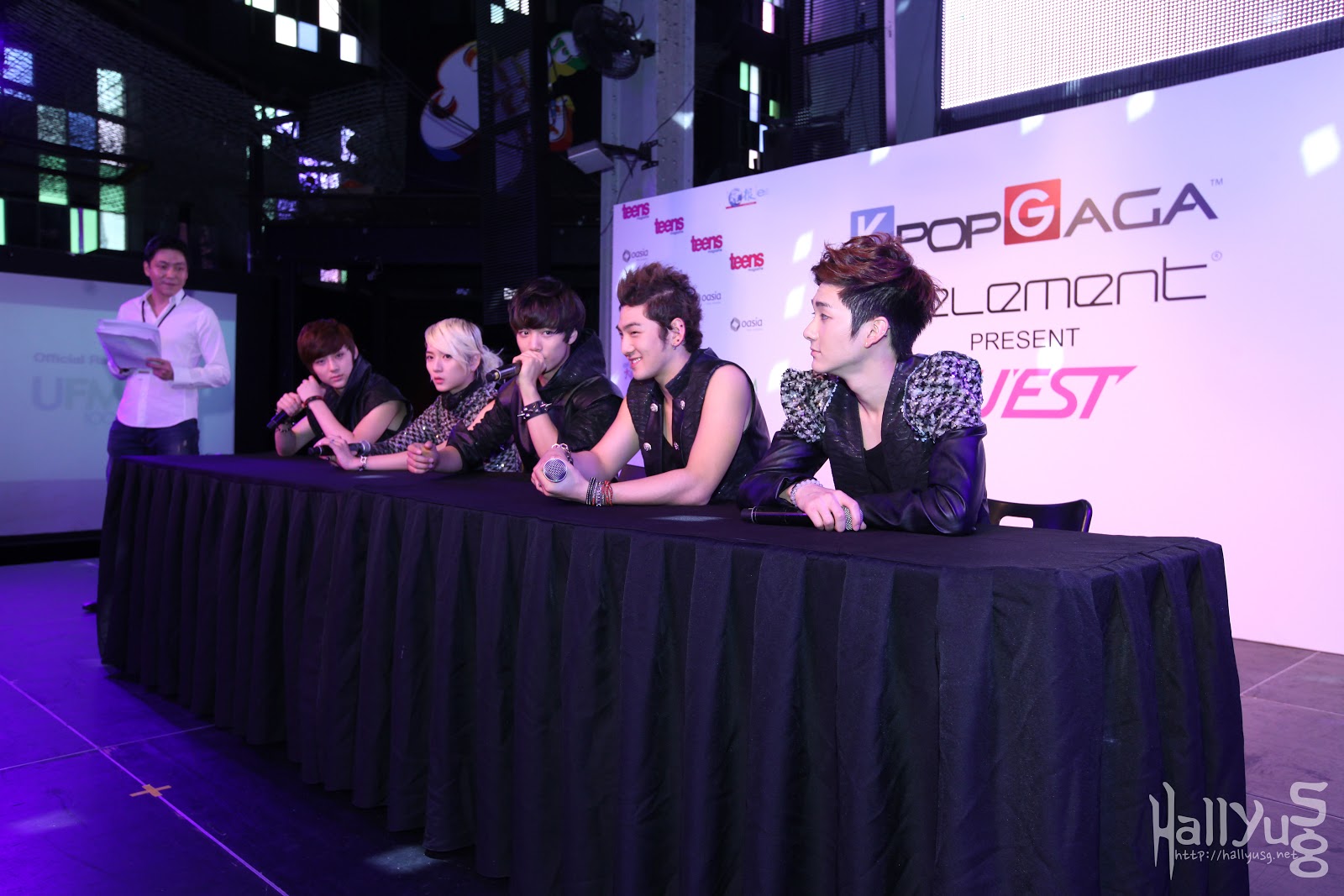 As a band who only made their official debut in March this year (2012), NU’EST holds big dreams and has set themselves high hopes into achieving success in the K-Pop music scene. One of their dreams is to hold a global tour concert and perform to L.O.Λ.Es from all over the world. What sets NU’EST apart from other boy bands who debuted around the same time is their uniqueness in terms of musical style and passion as the boys never fail to participate with their fullest sincerity in the making of each and every song release. 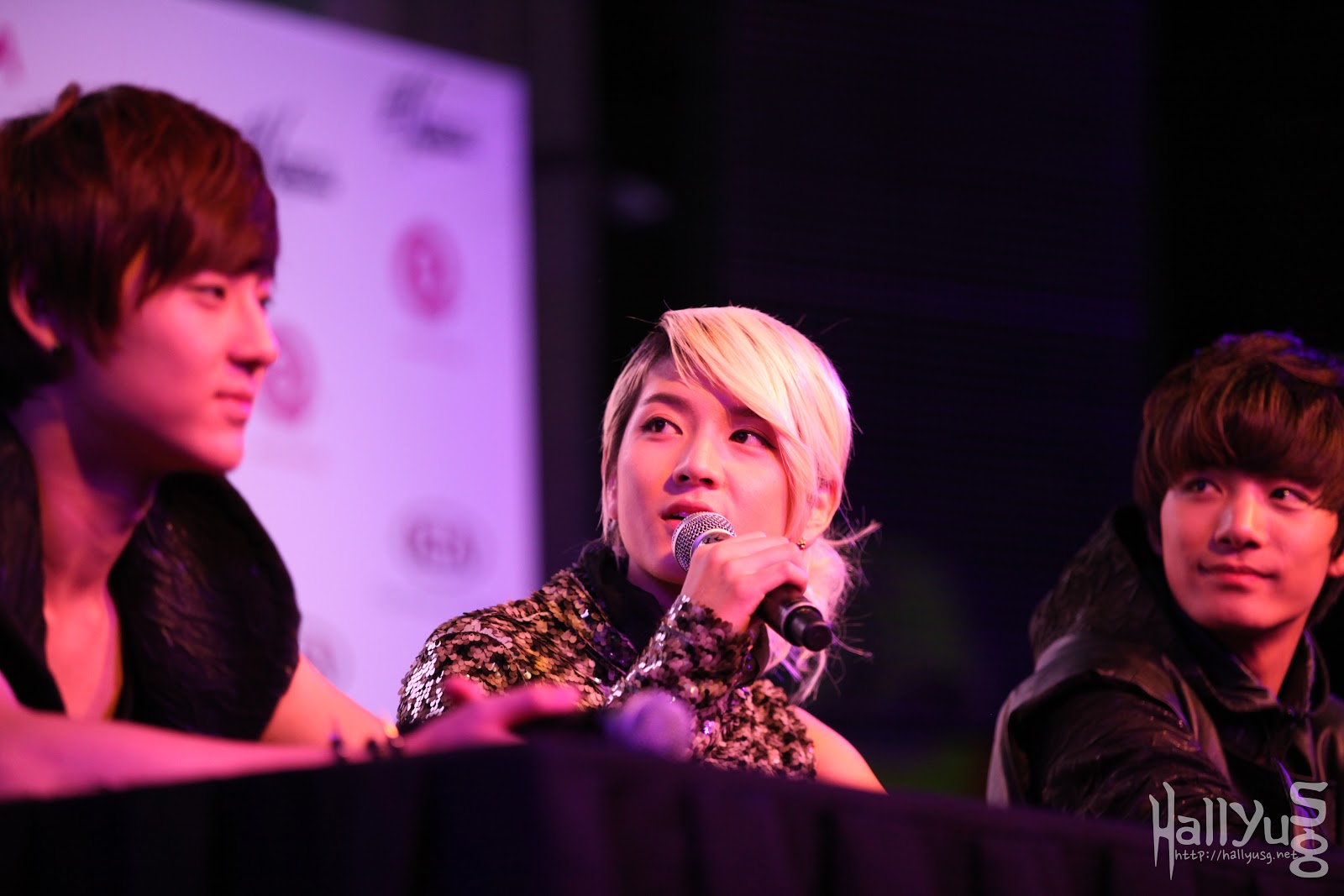 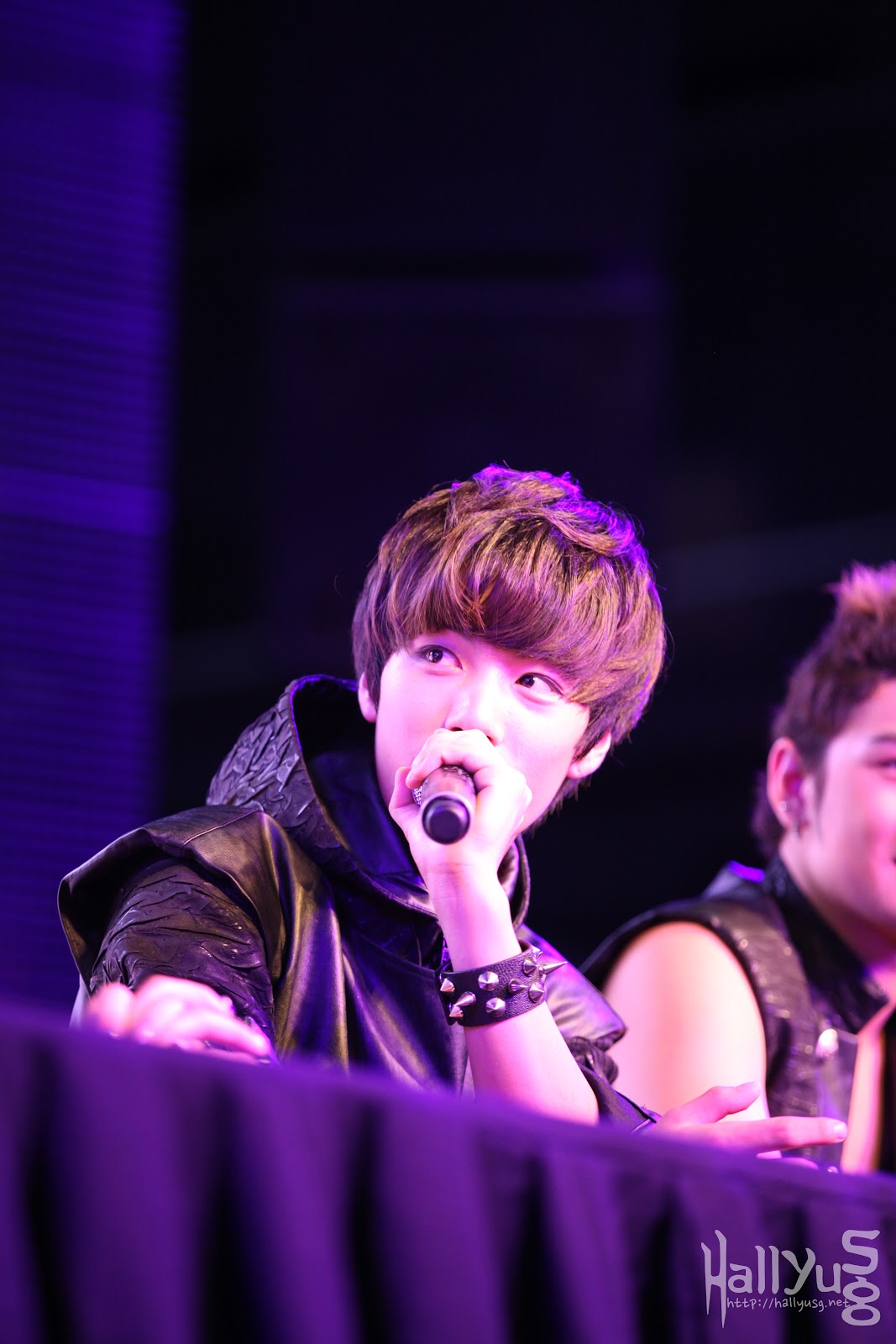 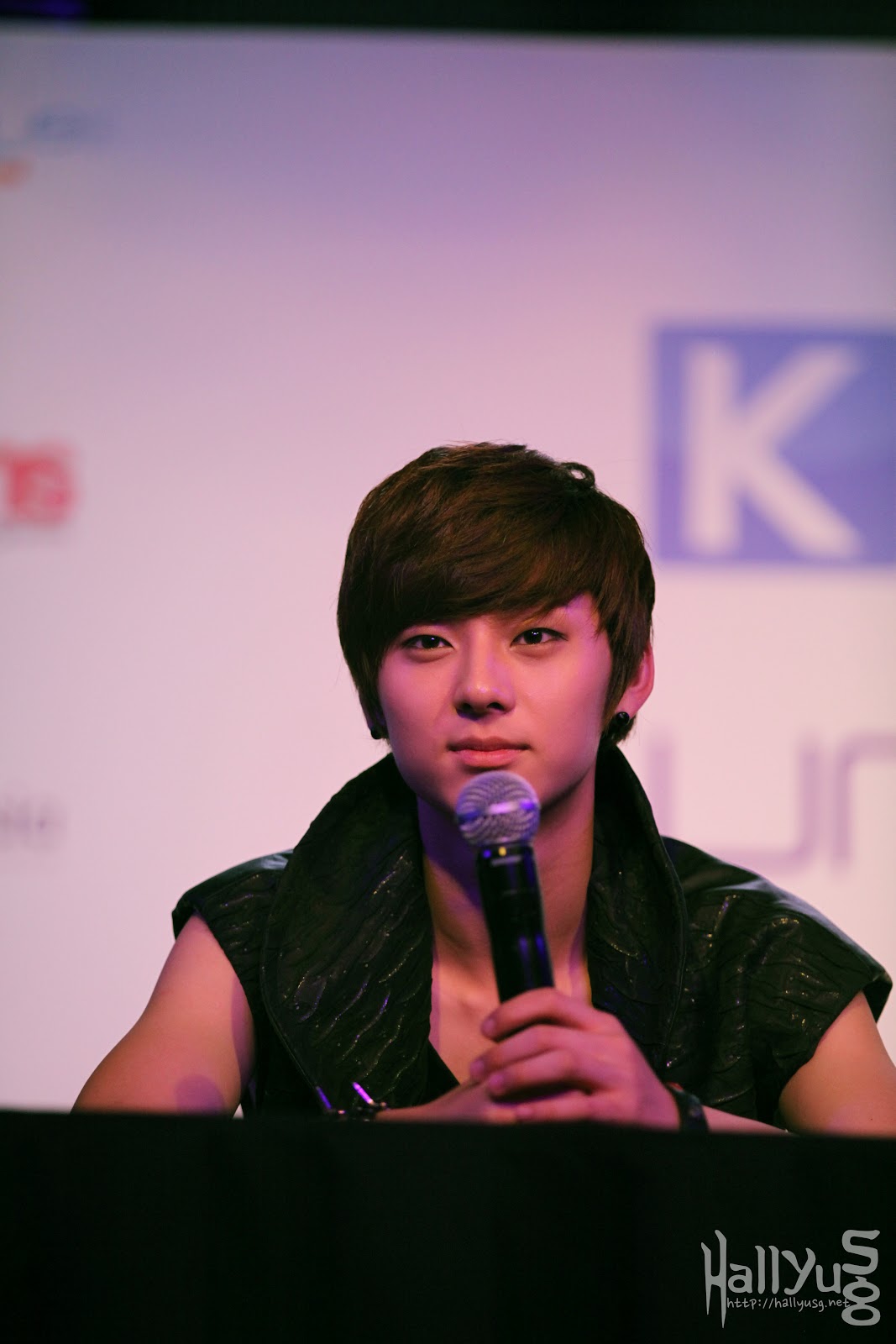 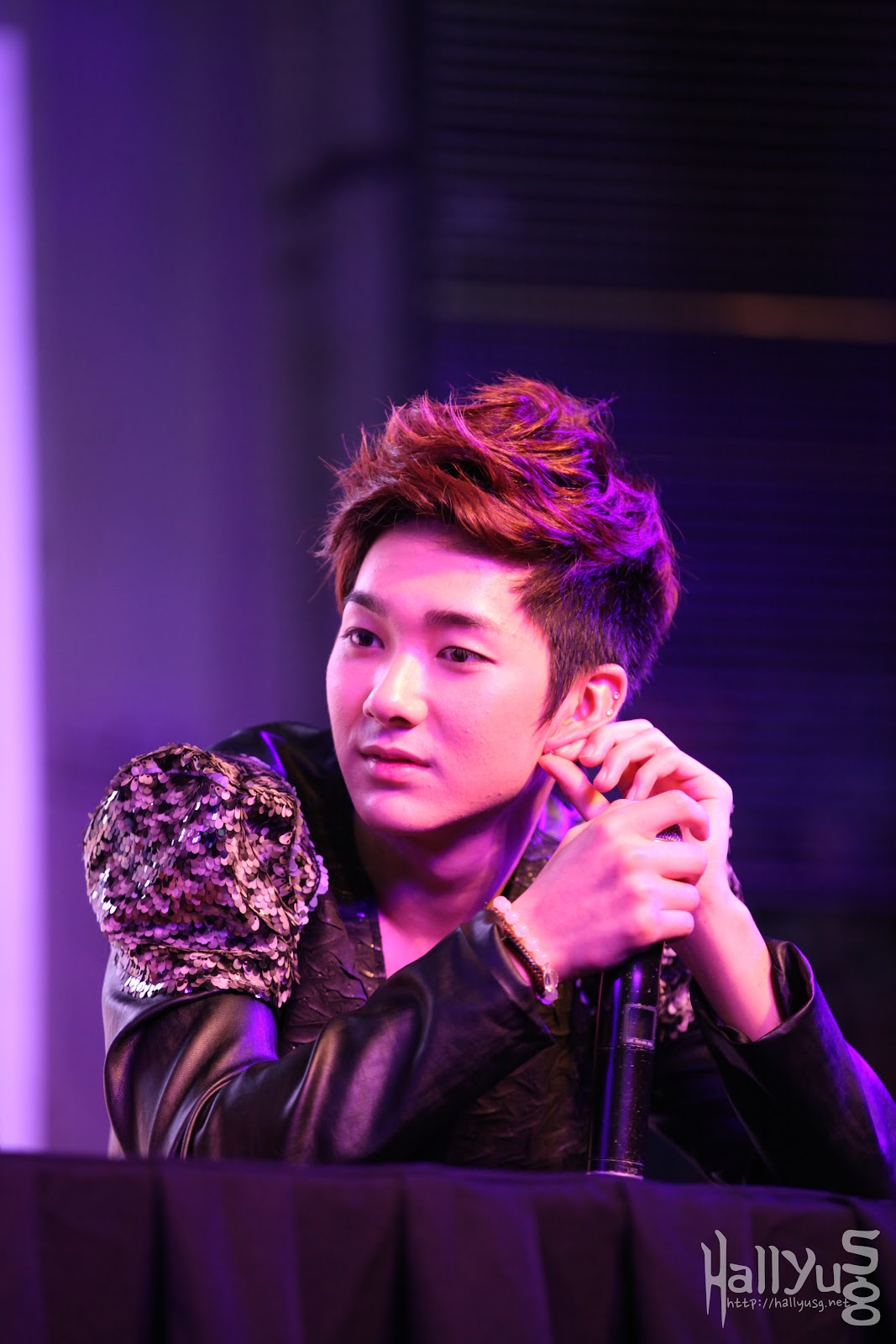 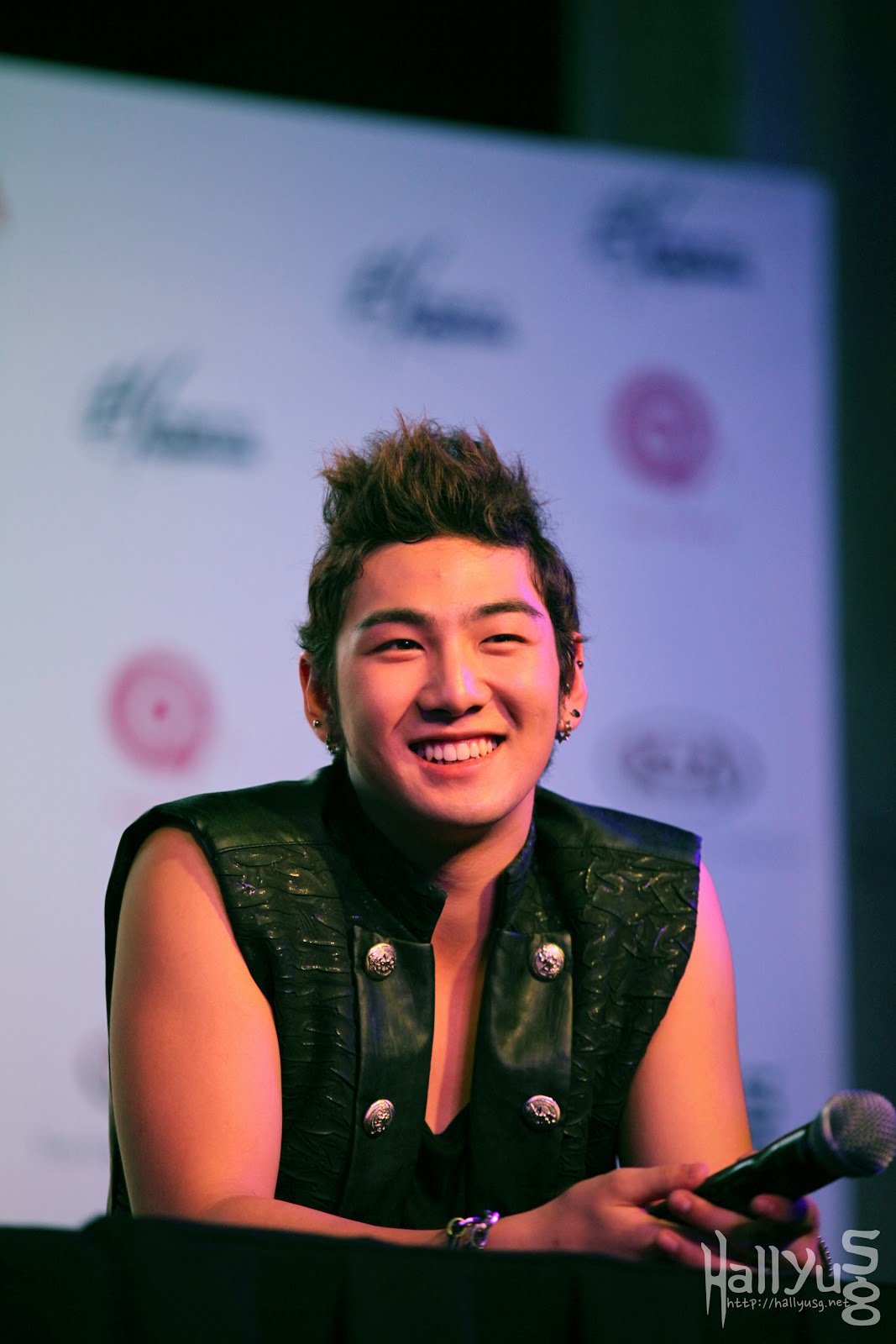 When asked about their musical inspirations, the group mentions on senior boy bands TVXQ and Big Bang as the bands whom they truly look up upon. Even though they had just debuted this year, NU’EST wants to grow as a band who is always giving their best performances on stage while at the same time, maintaining a close and friendly relationship with the fans. The group added that there is no current plan to venture out in the acting field as yet because all members would like to put their focus in the singing career since they just debuted not long ago. Given an opportunity in the near future, the boys would definitely make appearances in dramas, movies, variety shows or even musicals. This is certainly something to look forward to, and we’re sure all L.O.Λ.Es would give their support to NU’EST all the way.
For more exclusive photos taken during the press conference and ShowKase, be sure to check them out only on KPOPGAGA & HallyuSG! We are proud to be the Official Online Partner of KPOPGAGA, so do watch this space and stay tuned to us for exclusive snippets!
Source: KPOPGAGA