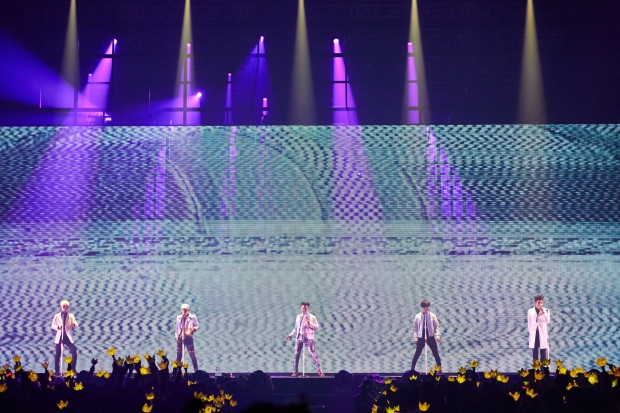 BIGBANG will be holding their [MADE] World Tour in Malaysia a week following the Singapore leg on 24th & 25th July, 2015. Previously sold out for the Saturday (25th July) show in Malaysia as well as both nights (18th & 19th July) in Singapore, the Malaysia concert organiser IME Productions have added one more show on 24th to satisfy fans of BIGBANG.

It is said that a top production team was invited to produce a higher level of the concert that was even better than BIGBANG’s [ALIVE] Tour previously. One of the production highlights is the transparent floating catwalk stage equipped with full lighting system, fireworks and various stage effects, coming up to RM 1 million for its production costs which makes it the highest among concerts in Malaysia this year. Over 100 people including the production crew and BIGBANG’s very own band will be flown over from USA and Korea just for this concert.

BIGBANG will not only perform their hit songs but also the 6 new songs from their [MADE] series album. Some lucky Malaysia fans will be further treated to a sound-check party and ‘send off‘ event for BIGBANG.

Rockzone A, B and VIP Cat 1 ticket holders (on both days) will automatically be enrolled into a lucky draw to win passes to the sound-check party where they can watch the rehearsal and enjoy snippets of the concert. Not only that, there will also be a golden opportunity for these fans to attend the ‘send off’ event where they can meet and send off the members at backstage after the concert. Winners will be drawn from the ticketing system according to the ticket barcode.

BIGBANG 2015 World Tour [MADE] in Malaysia is supported by Malaysia Major Events, a division of Malaysia Convention and Exhibition Bureau (MyCEB), an agency of the Ministry of Tourism and Culture together with Official Telco Hotlink.

[UPCOMING EVENT] So Ji Sub Let's Have Fun in Singapore 2014