Having attended the Singapore leg of BIGBANG 2015 World Tour [MADE], I was thrilled to (once again) be part of the sea of yellow crowns in their next tour a week later in Kuala Lumpur, Malaysia. Like every other show, BIGBANG did not disappoint the fans as they put on two nights of concert in KL, with the second being a full house in the stadium.

I can’t emphasize this enough, but BIGBANG’s [MADE] World Tour show is definitely one of their best concerts I’ve ever been to and I wish I could relive it again and again. The long awaited group comeback saw both nights of concert packed strong with VIPs from all over the world including Malaysia, Singapore, Thailand, Philippines, China and more.

With new additions to their [MADE] series album, BIGBANG pulled off a dramatic entrance and kicked off the concert with ‘BANG BANG BANG‘, followed by classic hits ‘Tonight‘ and ‘Stupid Liar‘, where the boys made their way to the extended stage and moving ramps that slid and close in the centre over the standing crowd.

Following a short introduction on stage, BIGBANG treated the fans to a nostalgic moment of ‘Haru Haru‘ as they got everyone singing and waving along to the song.

Fans were driven to a renewed frenzy as the members belted out hit tracks like ‘Loser‘, ‘Blue‘ and ‘Bad Boy‘. Not to mention, the stage setup was a bonus as the production team brought out the moving stage props for ‘Loser’, just like what we saw on music programs.

After the Singapore show, I was really looking forward to watch the performance of ‘IF YOU‘ again, reliving every moment of the members’ live singing as they positioned themselves with the long mic stands on stage. Touted as BIGBANG’s most emotional piece yet, this ballad track showcased individual members’ singing skills and the mood was quickly changed as the song started playing.

The quintet continued with ‘Lies‘, a favourite piece of all time after their soulful performance. 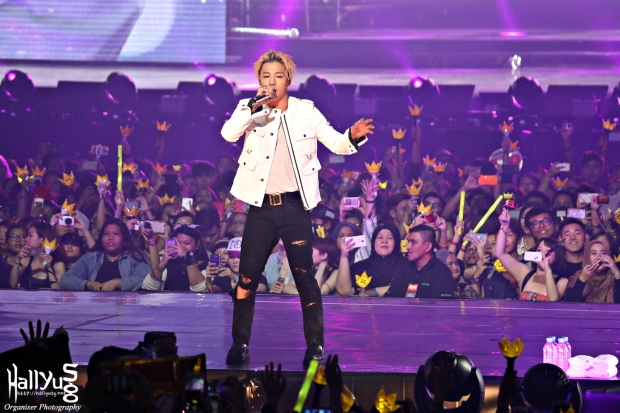 Solo stages were up next, with Seungri presenting ‘Strong Baby‘ and ‘Let’s Talk About Love‘ (joined by GD and Taeyang), Daesung hitting his high notes in ‘Wings‘, T.O.P going ‘Doom Dada‘ in his impeccable rap, Taeyang making hearts flutter with ‘Eyes, Nose, Lips‘, and G-Dragon rocking out to his solo piece ‘Crooked‘.

Much to the fans’ delight, the duo (GD & Taeyang) also performed ‘Good Boy‘ as they brought the house down with their addictive choreography. 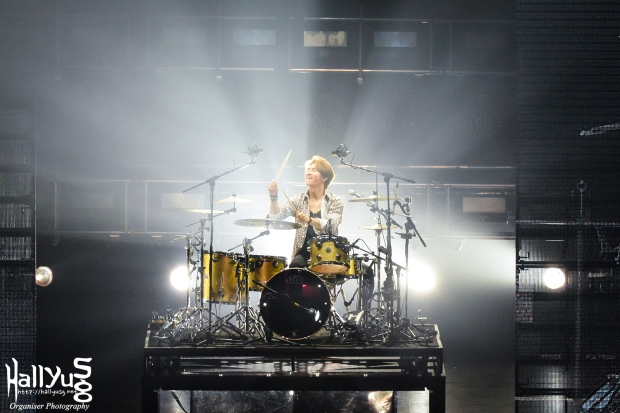 One of the concert highlights definitely went to Daesung‘s drums solo. The smiling angel we all knew transformed to a charismatic drummer on stage as he beat his way through BIGBANG’s ‘Sober‘ performance.

The band continued with ‘Bae Bae‘, an all-kill track from their [MADE] series M album which swept the music charts within hours after its release. While Taeyang paused after the performance to ask fans if they knew what ‘chapssaltteok (찹쌀떡/rice cake)’ in the lyrics meant, he once again set hearts fluttering, saying that it simply meant “BIGBANG and VIPs are perfect for each other, like chapssaltteok”. 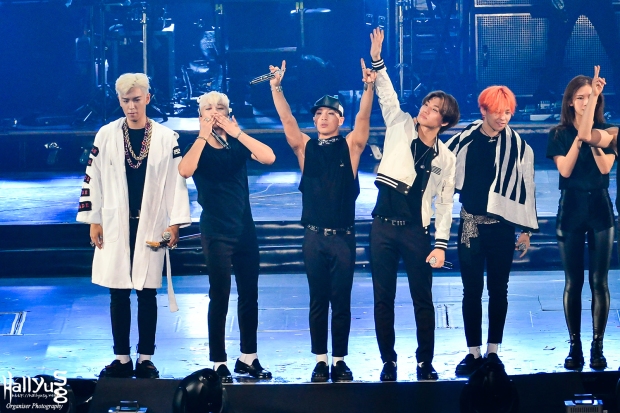 During the ending ment, GD commented about the band’s next [MADE] series album which is set to drop on August 5th and revealed that he and T.O.P had been filming the music video for the duo’s track ‘ZUTTER (쩔어)‘ on the morning itself before they flew to Malaysia for the concert (as teased in his recent Instagram post). T.O.P was also seen sporting a new hair color, going all blonde for this upcoming album.

The concert was wrapped up on a high note with upbeat track ‘Fantastic Baby‘ and an encore performance of ‘We Like 2 Party‘, giving a satisfying closure to the first night of show.

BIGBANG’s shows are the ones of a kind that you wouldn’t want to miss, and we’d like to thank concert organiser IME Productions for having us at BIGBANG 2015 World Tour [MADE] in Malaysia.

VIPs, make sure you keep your eyes peeled on BIGBANG’s final [MADE] series which is due to release on August 5th!

BIGBANG 2015 World Tour [MADE] in Malaysia is supported by Malaysia Major Events, a division of Malaysia Convention and Exhibition Bureau (MyCEB), an agency of the Ministry of Tourism and Culture together with Official Telco Hotlink.

[COVER/INTERVIEW] Find out who is most afraid of Snakes in A-JAX!