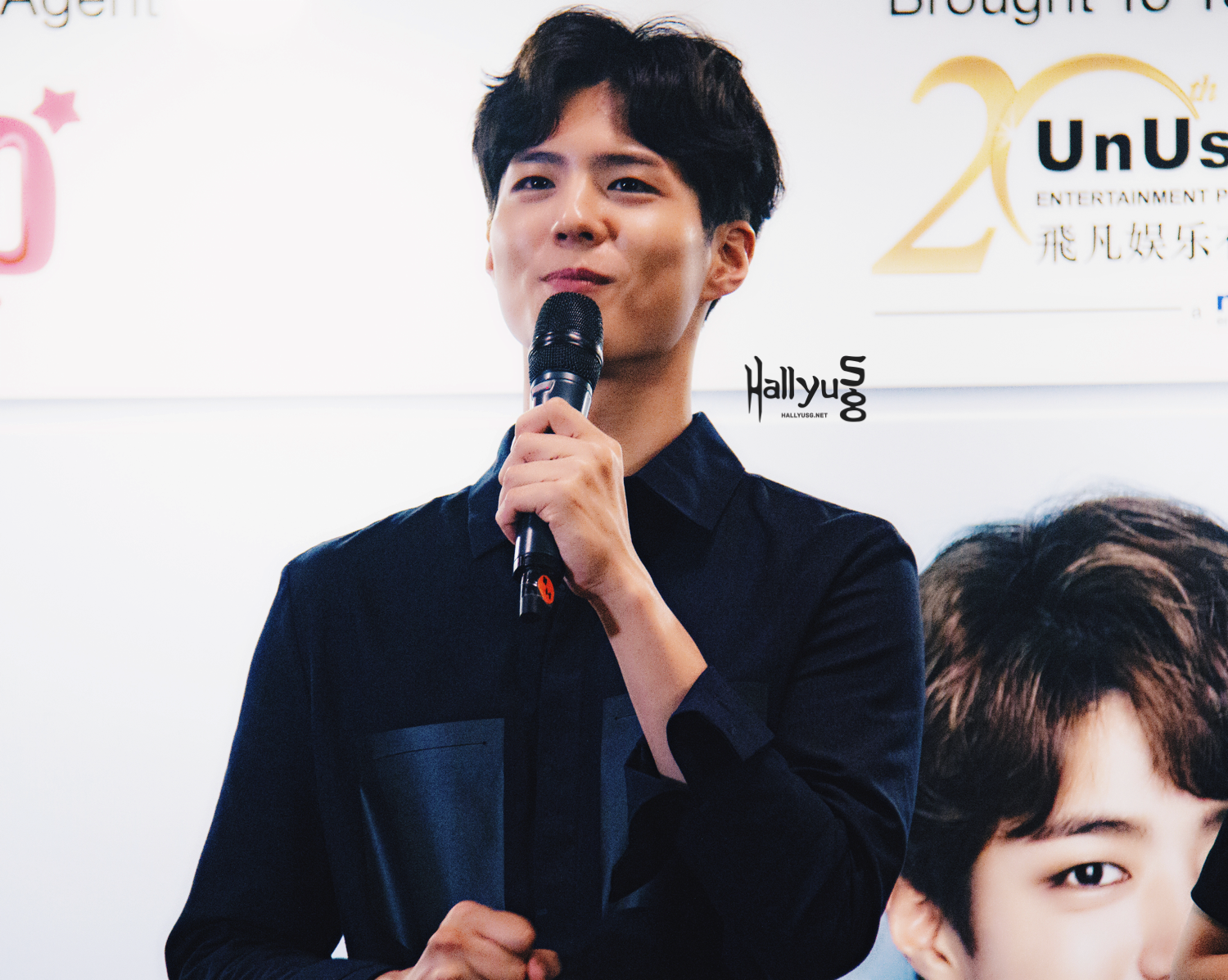 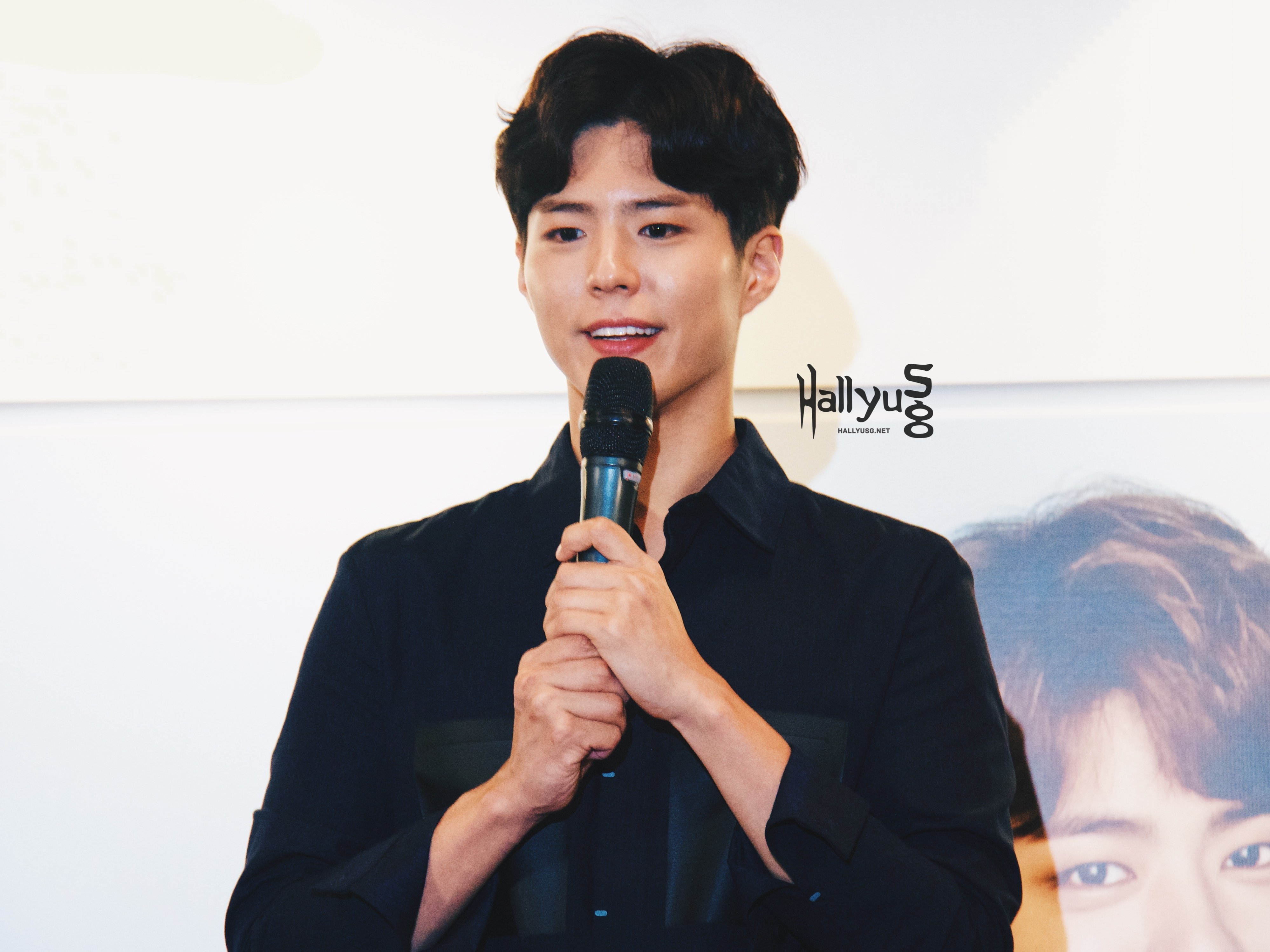 It was the actor’s first visit to Singapore and he was just as excited to explore the city and feast on some local food here.

At the press conference that was held a day ahead of his fan meeting, Park Bo Gum revealed that he had tried Laksa and Bak Kut Teh, and even asked reporters for their recommendations on local favourites. 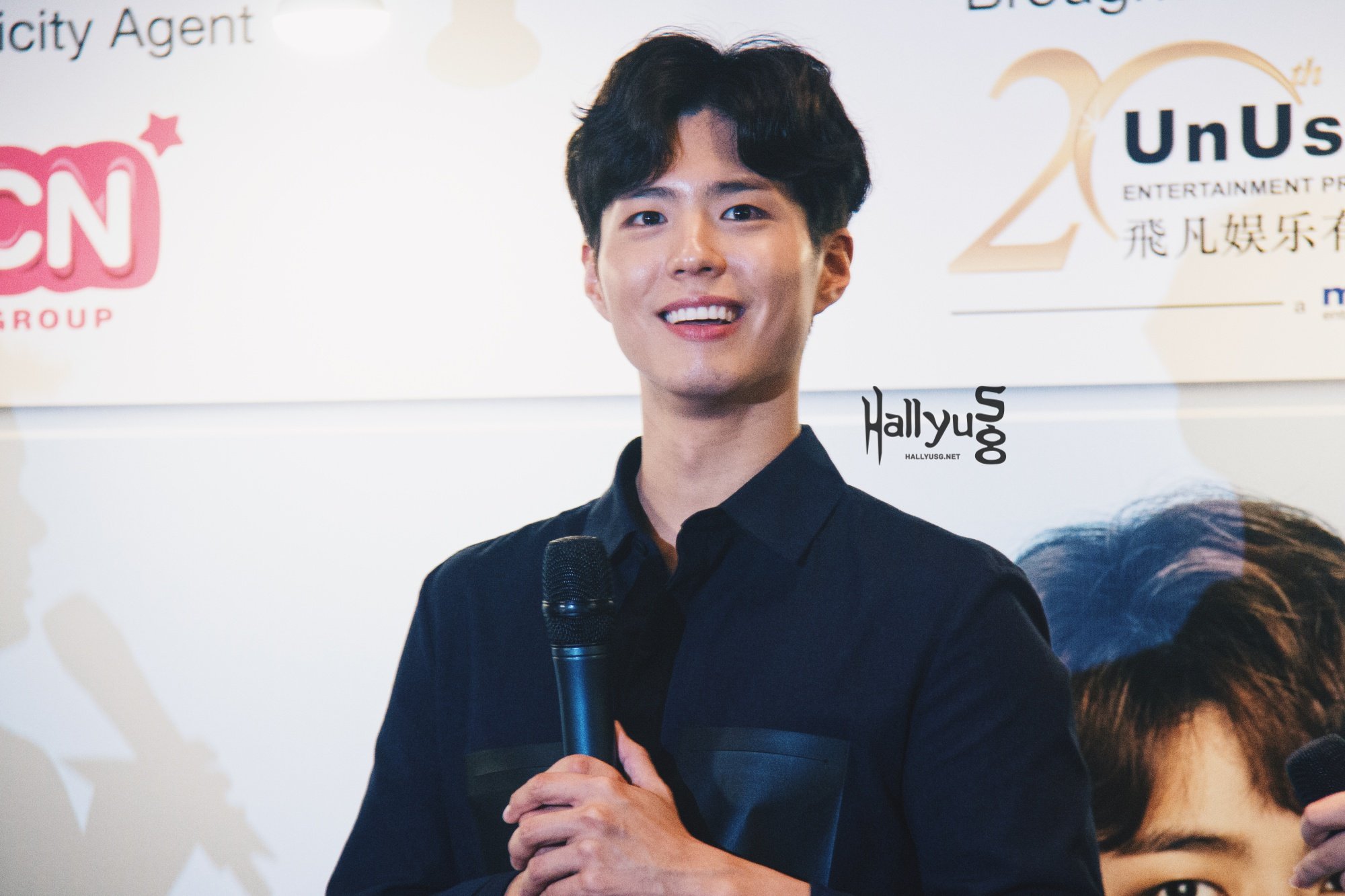 When asked if he prefers to be called the “Nation’s Crown Prince” or “Nation’s Son-in-law”, the humble actor jokingly replied “Both” and added that he was honoured to be given these nicknames because of his drama roles in Reply 1988 and Love In The Moonlight.

Park Bo Gum further revealed that he still keeps in touch with his co-actors and actresses in Love In The Moonlight, commenting that although everyone is busy with their own work and projects, “we do send supportive messages to one another once in a while“.

During his first fan meeting in Singapore which marked the final stop of his Asia Tour, Park Bo Gum placed much effort to share some behind-the-scene photos from Reply 1988 and Love In The Moonlight, as well as photos he took while being a tourist in Singapore.

Among the surprises that evening, fans were treated to a piano performance of ‘Don’t Worry, Dear‘ (a soundtrack from Reply 1988), a snippet of Bombastic dance, a special performance of ‘Singapura‘, Park Bo Gum’s cooking skills, and more.

Not to mention about the actor’s generosity and sincerity in gifting fans with thoughtful gifts brought from Korea and a meaningful handwritten letter penned down for Singapore fans.

Fans were further thrilled with a special appearance by Song Joong Ki (from Descendants of the Sun), who’s known to be a close senior and friend to Park Bo Gum in the same agency.

Discussing about Park Bo Gum’s personality, Song Joong Ki only has good words to describe his fellow “Blossom Brother”, sharing that Bo Gum is someone who works extremely hard in every project and is passionate and sincere in the things he pursue.

Wowed by the enthusiastic fans in Singapore, Song Joong Ki added that he’s jealous of Bo Gum’s fans who got to receive so much love from the actor, and commented that Singapore fans gave the best reactions though this was his third appearance at Bo Gum’s Asia Tour Fan Meeting.

Through performances and activities on stage, Park Bo Gum was able to interact with fans and create precious memories, as he thanked fans from all over the world for their support and promised to return as a better actor in his next project.