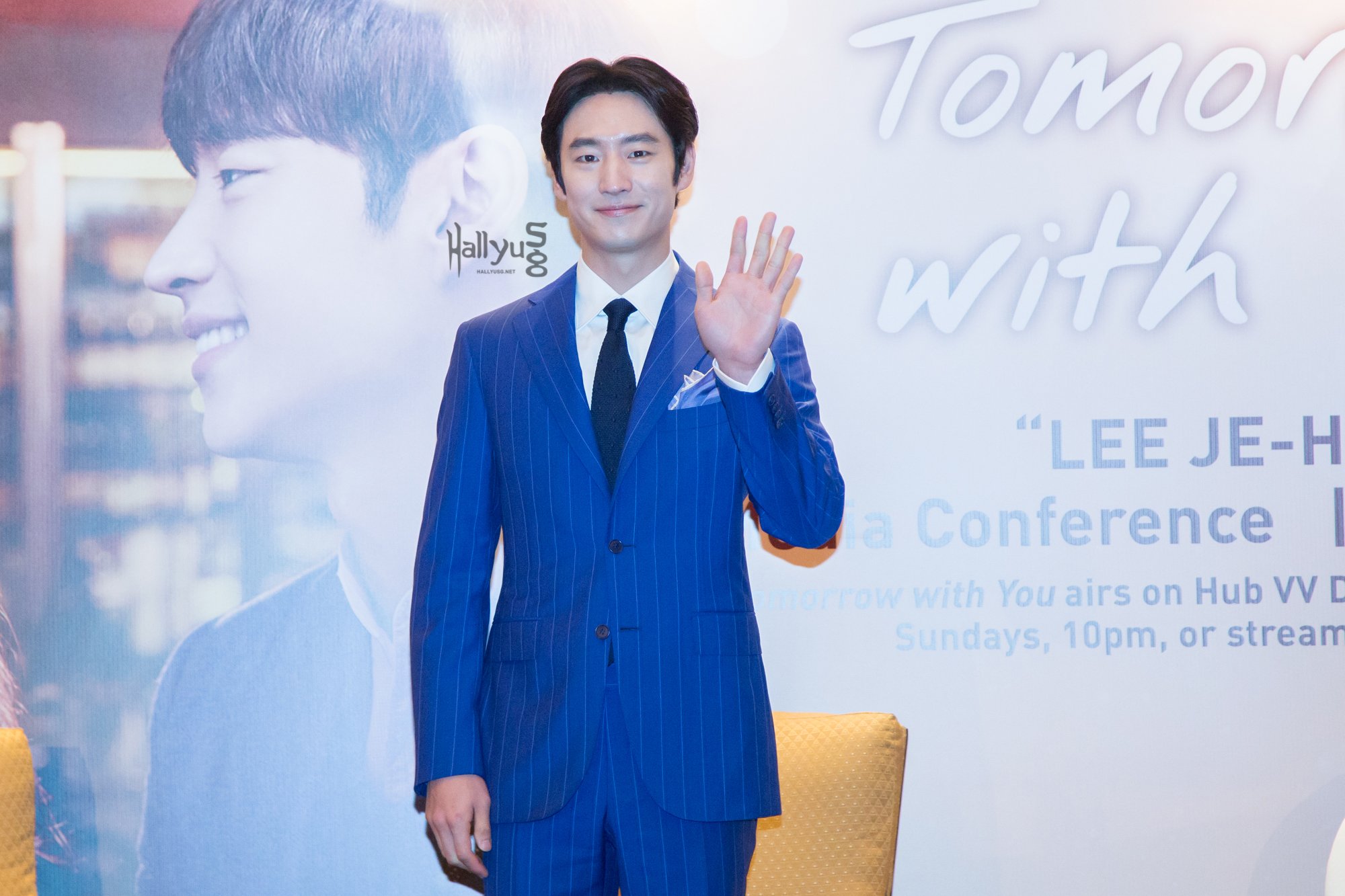 In town to promote his drama, Tomorrow With You, Lee Je Hoon met with the media to share about his thoughts on the 16-episode series as well as working with co-actress Shin Min Ah.

Playing the character of Yoo So-joon in the drama, Lee Je Hoon portrays the role of a time-traveler who could travel through time by taking the subway.

In reality, the actor revealed that it has been 5 to 6 years since he stopped taking the subway as frequently as he used to. If he ever did took the subway, he recalled himself either falling asleep during the journey or reading a magazine on the go. 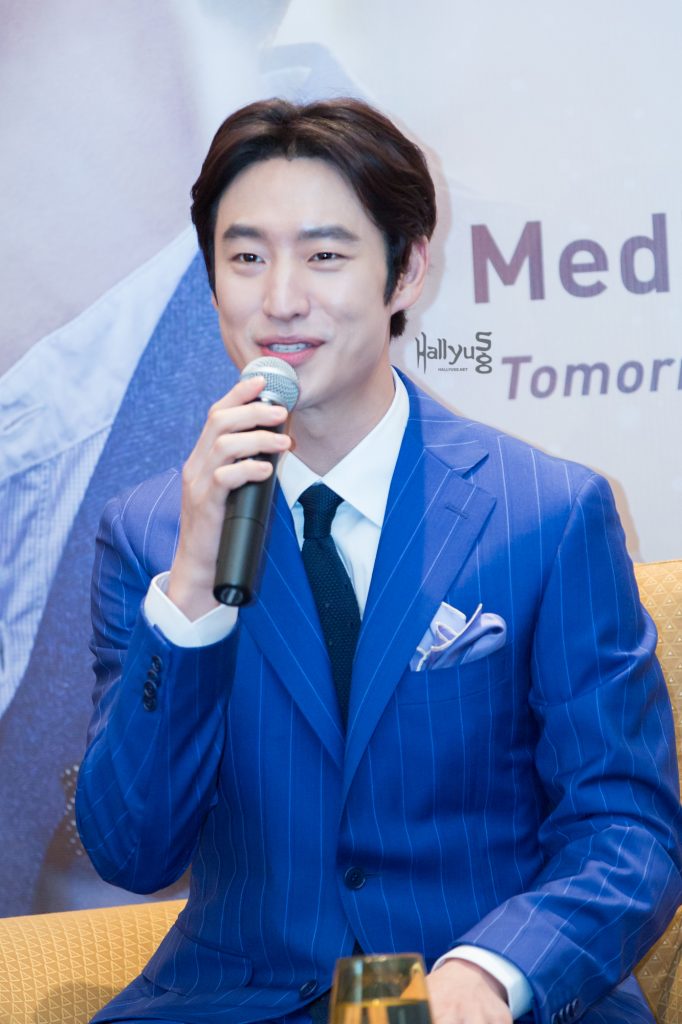 But there was one incident that he don’t think he’d ever forget anytime soon.

“I was once approached by a lady on the subway,” said the actor, “and I thought that she recognised me.” 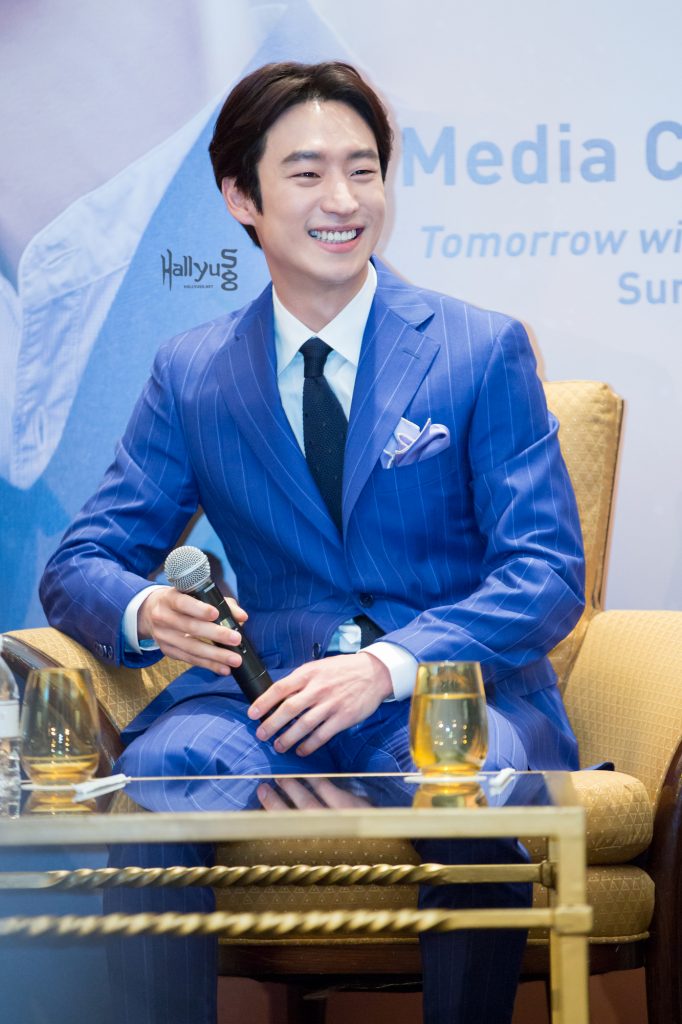 He continued, “It turned out that she was trying to struck a conversation with me about gods and religions.” (laughs) 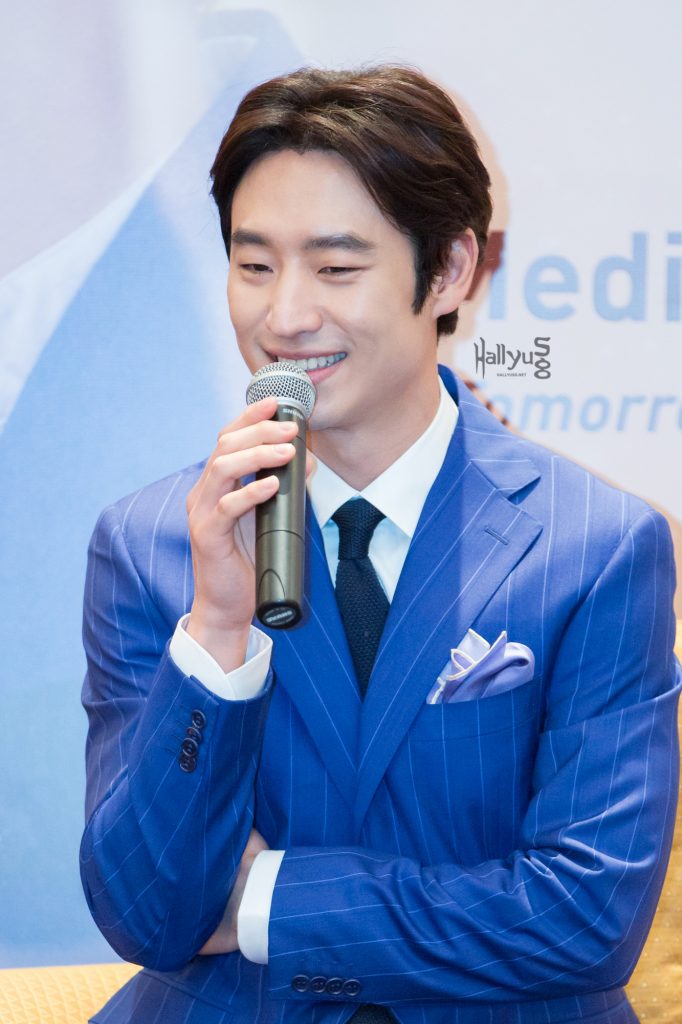 On working with Shin Min Ah, Lee Je Hoon confessed that he was a long-time fan of the actress before they even filmed the drama together.

Since both of them were born in the same year, it was naturally easy for them to break the ice and speak casually to one another just like friends. 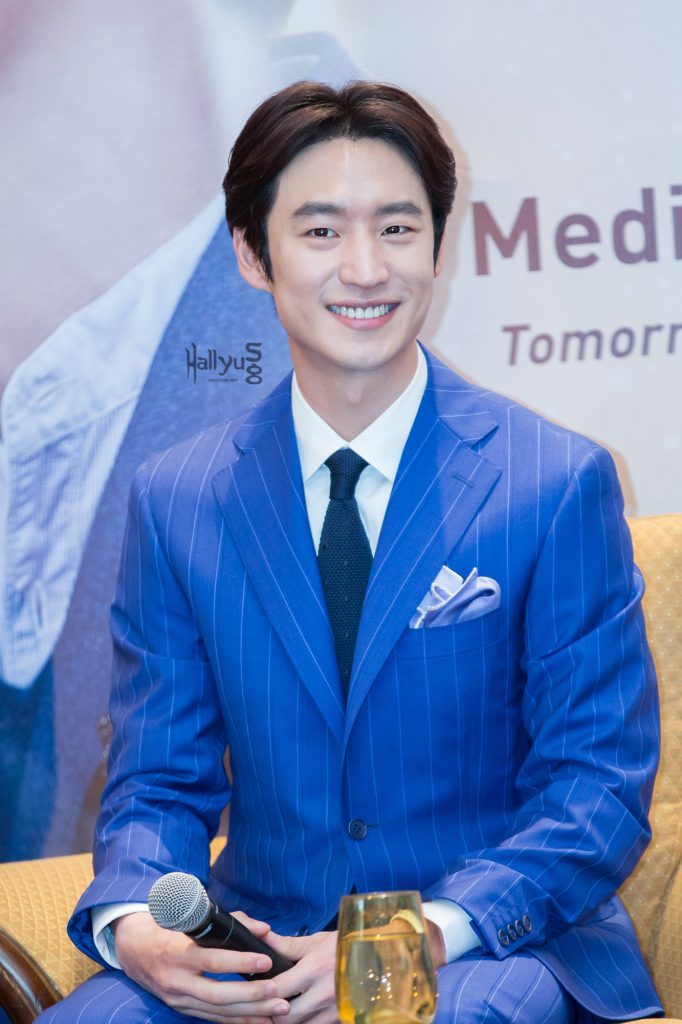 The actor also gave generous compliments about Shin Min Ah, sharing that she’s a very friendly and considerate person to work with.

He currently doesn’t have anyone in mind whom he wishes to act with for the future projects, playfully adding that he could only think of Shin Min Ah at this point (since they’re acting together). 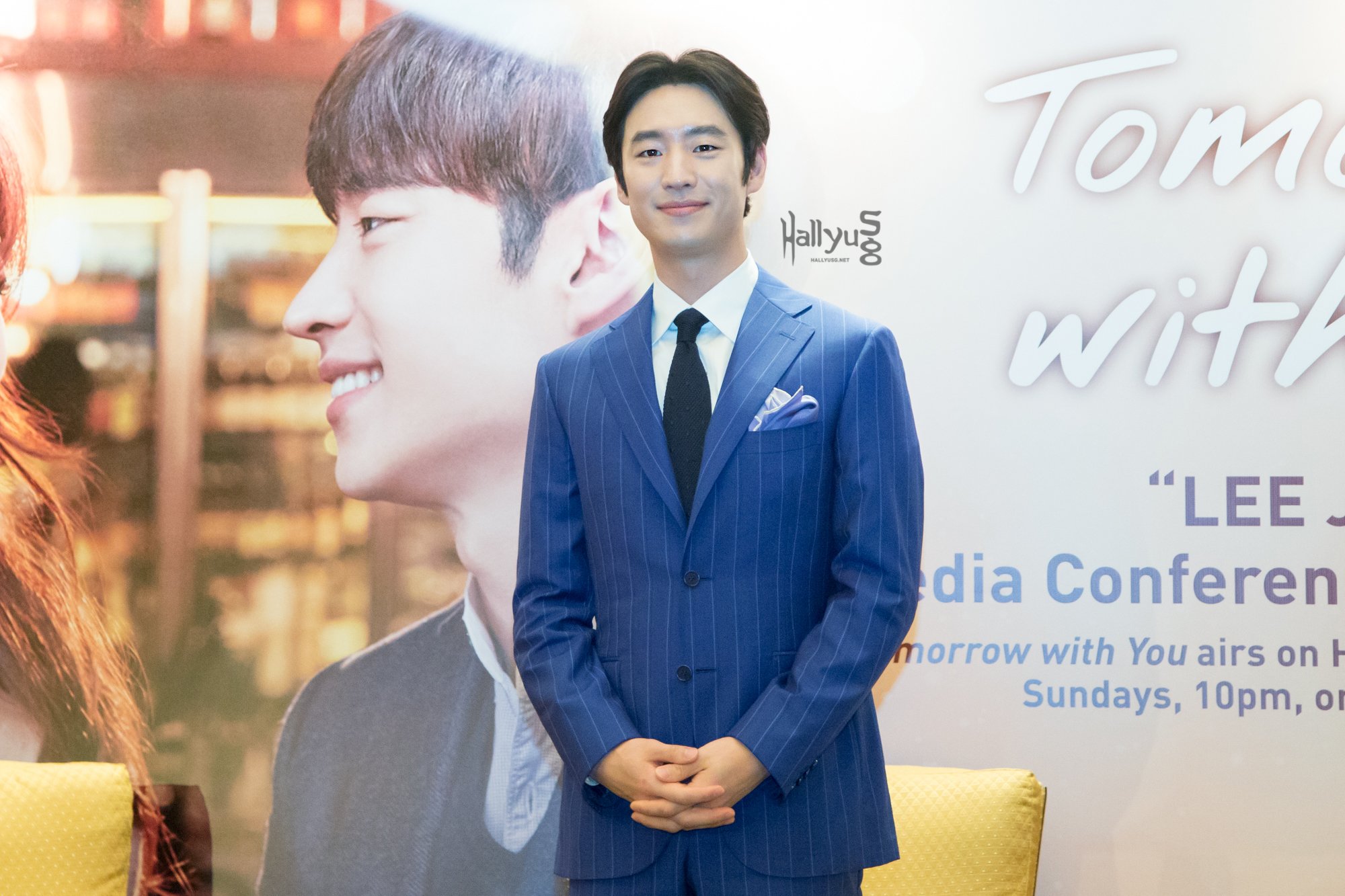 Lee Je Hoon also named the various drama roles that he hoped to play in the near future, such as a pro-fighter, lawyer, doctor, or even challenge himself to villain characters like a psychopath or sociopath.

If he could change any scene from the drama, Lee Je Hoon wished to go back to the moment when the characters (Yoo So-joon & Song Ma-rin) meet for the first time, “I want to be clear about my feelings instead of being awkward with Ma-rin. Maybe the storyline might change from there.”

Lee Je Hoon [Tomorrow With You] Media Conference in Singapore was organised by StarHub and covered by HallyuSG. Catch the series on StarHub Go and StarHub TV Ch 855 every Sunday at 10pm!