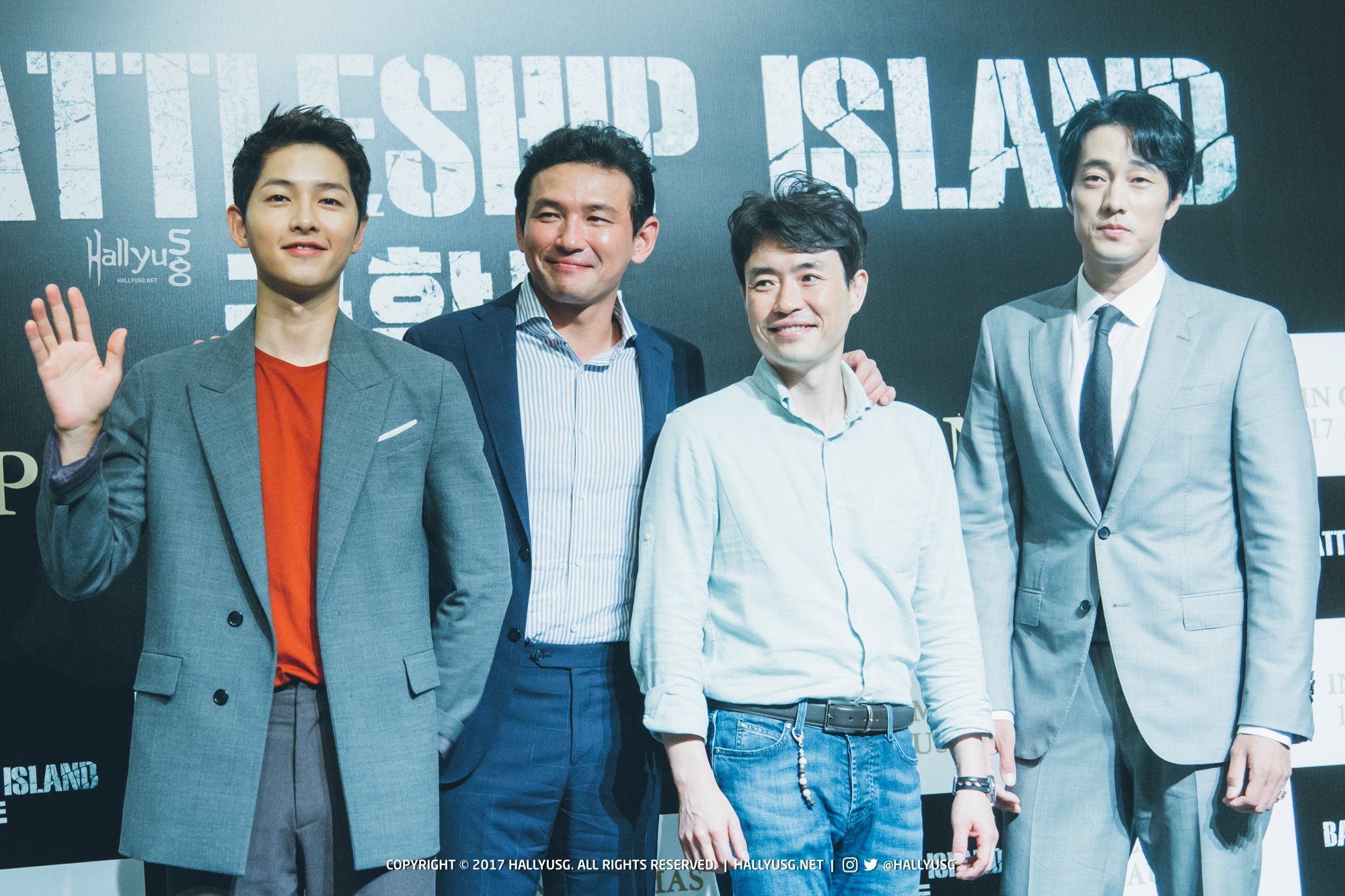 In Singapore on Tuesday (8 Aug) for their first overseas stop of movie promotions, director Ryoo Seung-wan and the leading cast (Hwang Jung-min, So Ji-sub & Song Joong-ki) of THE BATTLESHIP ISLAND attracted thousands of fans at the public Meet & Greet session held at Suntec City.

Prior to meeting Singapore fans, a press conference was held at Marina Bay Sands to discuss about the wartime movie and cast. It was a movie that tells the story of three men staging a daring escape from a forced labor camp on the perilous ‘Battleship Island’ (Hashima Island) during the Japanese colonial era. 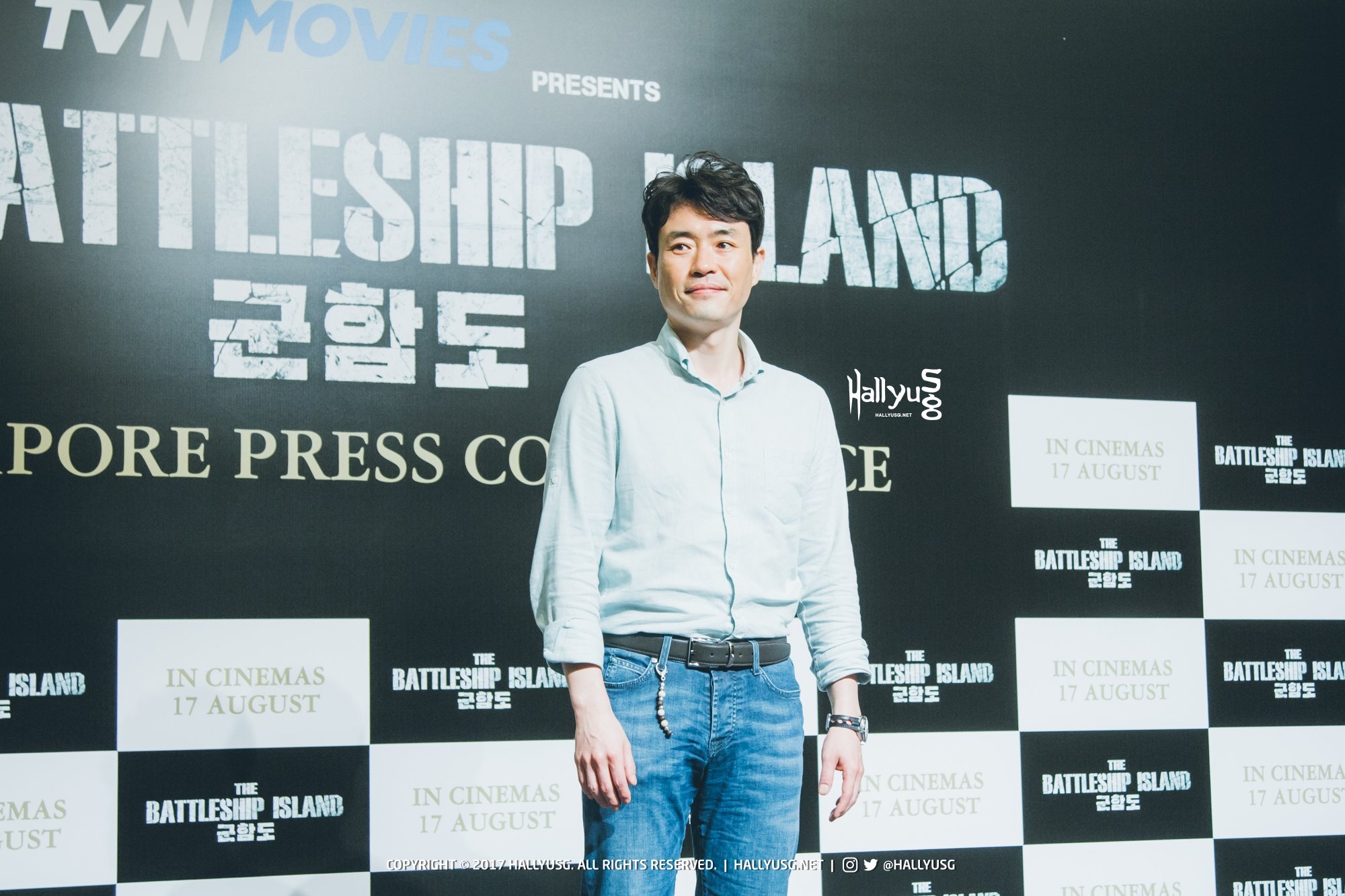 When asked about his direction and motivation of producing THE BATTLESHIP ISLAND, director Ryoo Seung-wan mentioned that he was inspired by a picture of the real ‘Battleship Island’ (Hashima Island) which he came across in 2013. It was so overwhelming and powerful that he decided to dig into the history and background of the island and uncover the story to the public and audience.

Director Ryoo admitted that there were a lot of challenges faced during the movie production, but he wanted to paint out the sufferings and hardships that took place on the island, to the big screens. 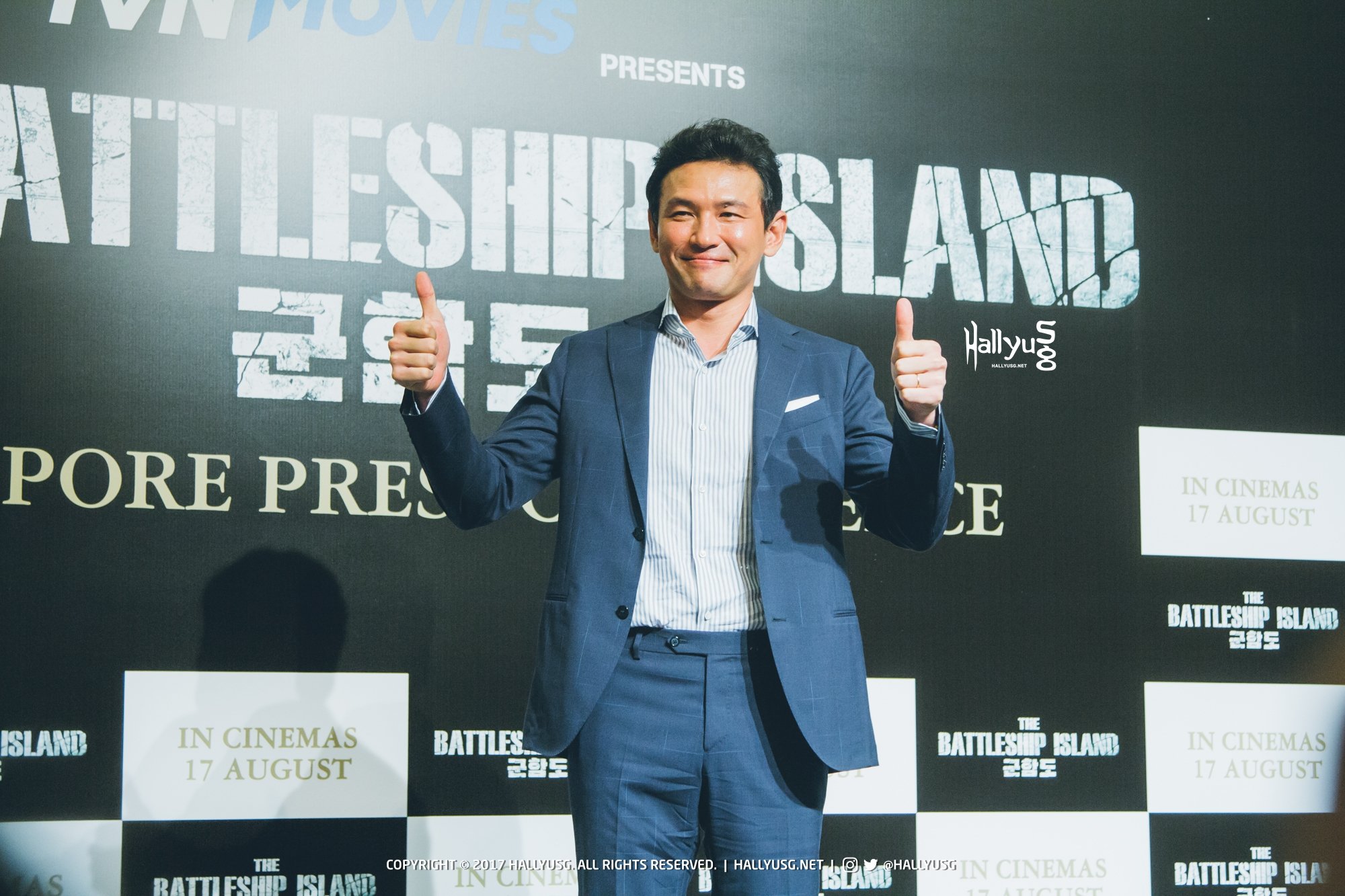 On working with director Ryoo again, veteran actor Hwang Jung-min shared that he was thankful for the opportunity since the director usually does not cast the same actors for his movies. He added that a lot of deep thoughts were being placed in the delivery of his role — as a father who has a young daughter to protect in the war, and as an actor to re-enact the history that happened on the battleship island.

“There was a sense of fear when I first set foot on the filming set. The feeling was very overwhelming as the set was so massive and real. I was honoured to be able to relay the history to audience through this movie,” said Hwang. 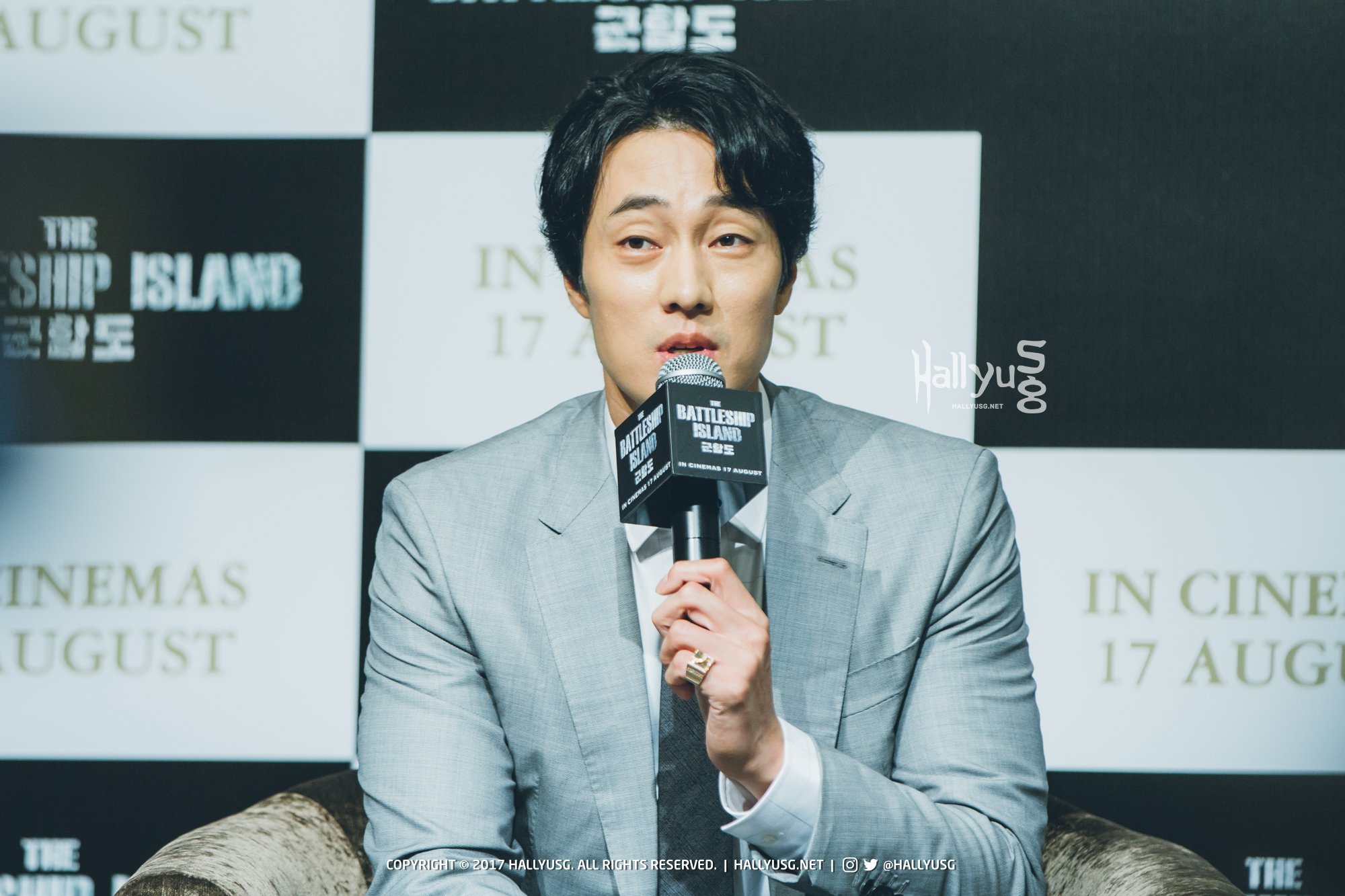 On the other hand, actor So Ji-sub who plays the role of a gangster in the film, shared that a lot of preparations were involved for the fighting scenes. He took one and a half month to train and prepare for the action scenes, which fortunately for him and the cast, there weren’t any major injuries sustained on set.

In THE BATTLESHIP ISLAND, So Ji-sub had to bare himself for a fighting scene in the public bath house. The actor revealed that it was the first action scene in the movie, hence much emphasis was placed into the real fight. 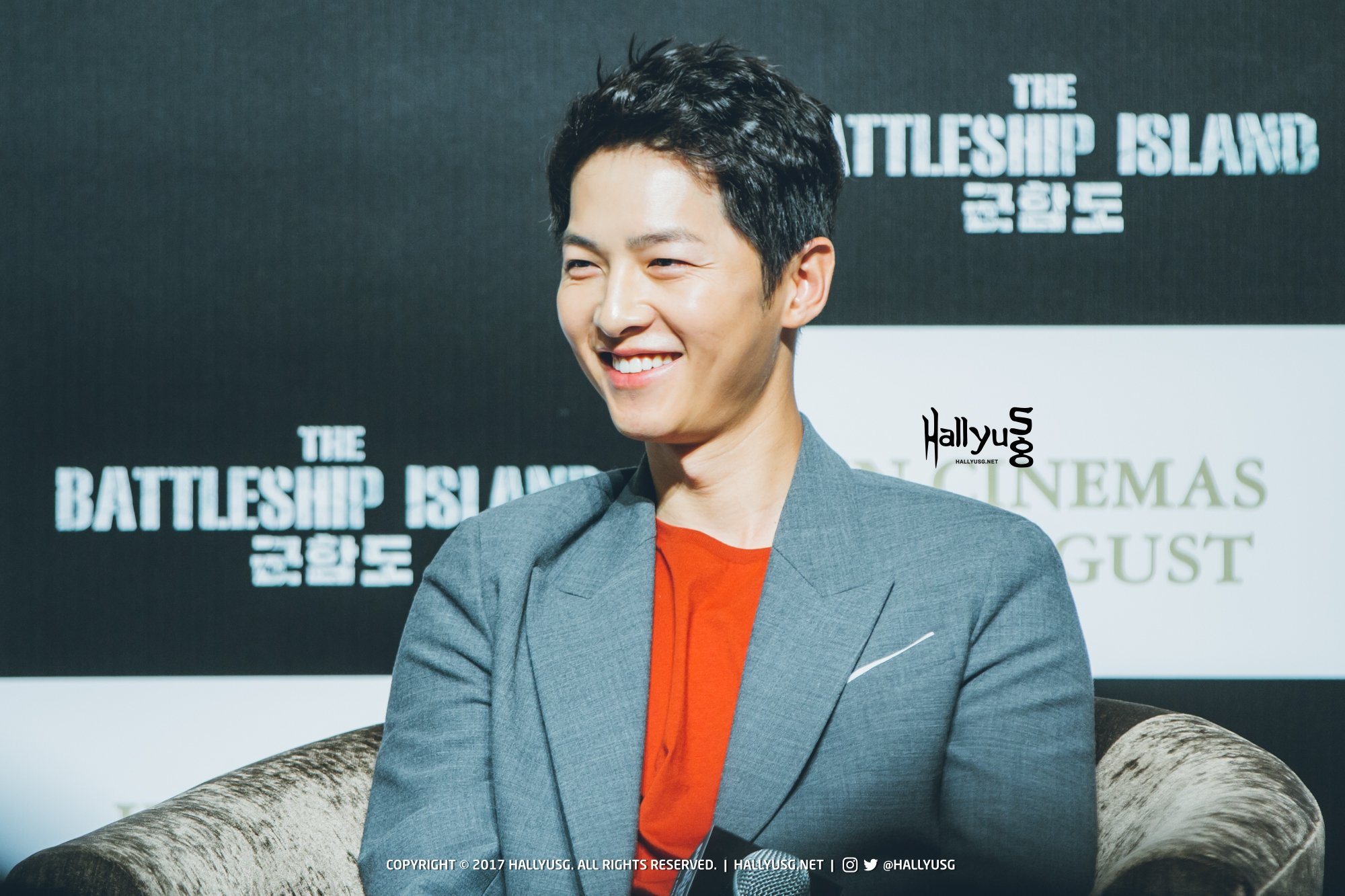 Meanwhile actor Song Joong-ki, who’s playing the role of a soldier (again), remarked that he felt natural to take on this role.

“I feel like I’ve been living the life of a soldier for 5 years, considering my 2 years in the army and subsequently my roles in Descendants of the Sun and THE BATTLESHIP ISLAND. I kept my hair short after serving National service, so I was able to comfortably immerse myself into these roles,” said Song.

Though the movie has yet to be released in Singapore cinemas, Song Joong-ki is curious to find out how the audience will react to the story. The actor further commented that there was no pressure being the youngest among the three male leads as Hwang Jung-min and So Ji-sub were able to give good advices and took great care of him on set.

“They are really like my big brothers so I felt very comfortable acting with them. The chemistry on set was great.” 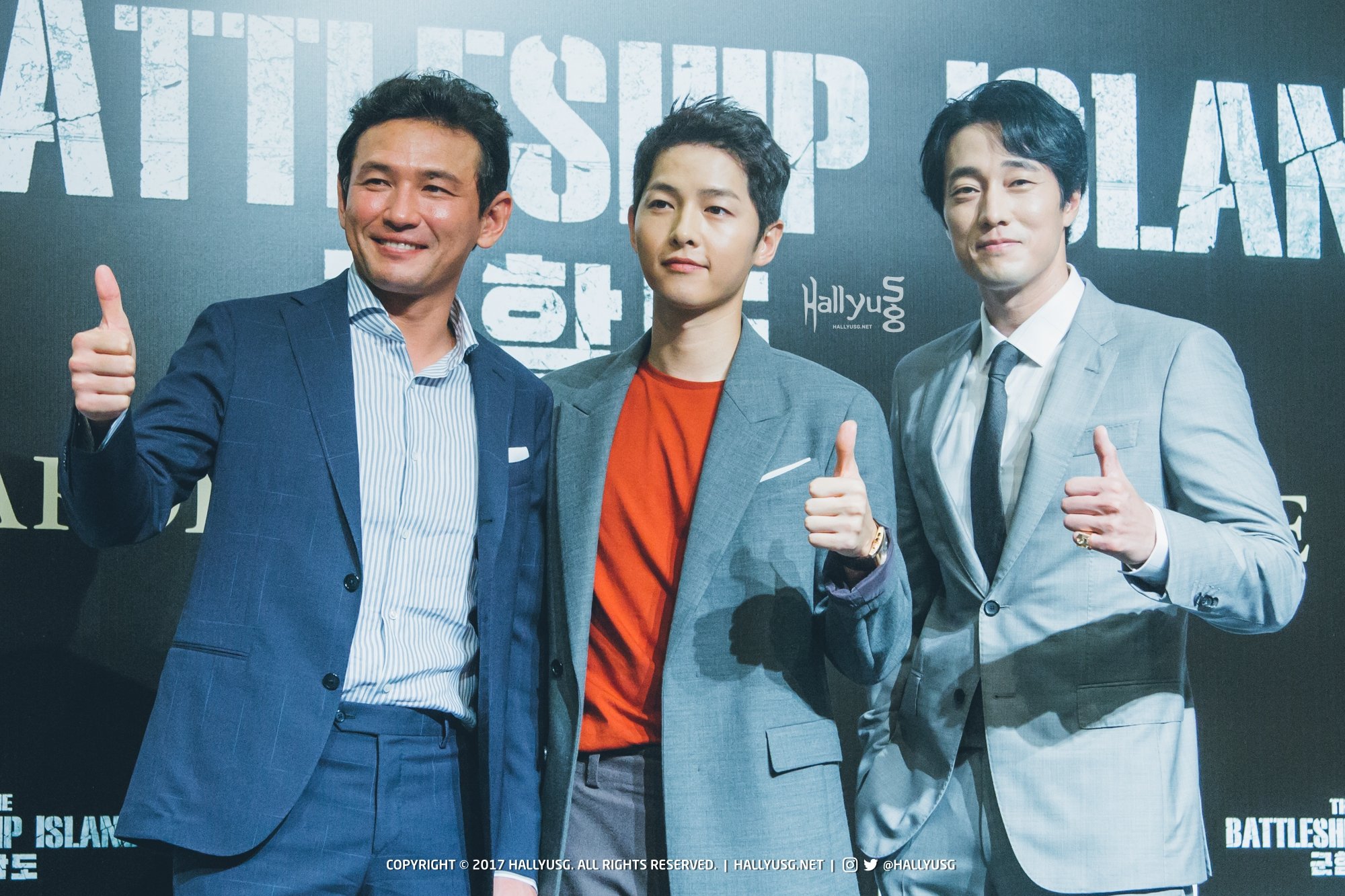 Describing their most memorable scene in the wartime movie, Song Joong-ki picked the mass escape scene as it depicted the sadness and sufferings the captive labourers had gone through on the island.

Hwang Jung-min chose the touching scene amidst the harsh environment, where his character Gang-ok dances with his daughter So-hee (played by Kim Su-an) using the long rubber-band string and holds her up in the air.

So Ji-sub picked the ending scene when the camera zoomed in to So-hee as her expression painted the pain and hardships she’d went through in the war. At the same time, like what director Ryoo had shared, the scene illustrated the history, present, as well as future that the character will direct. 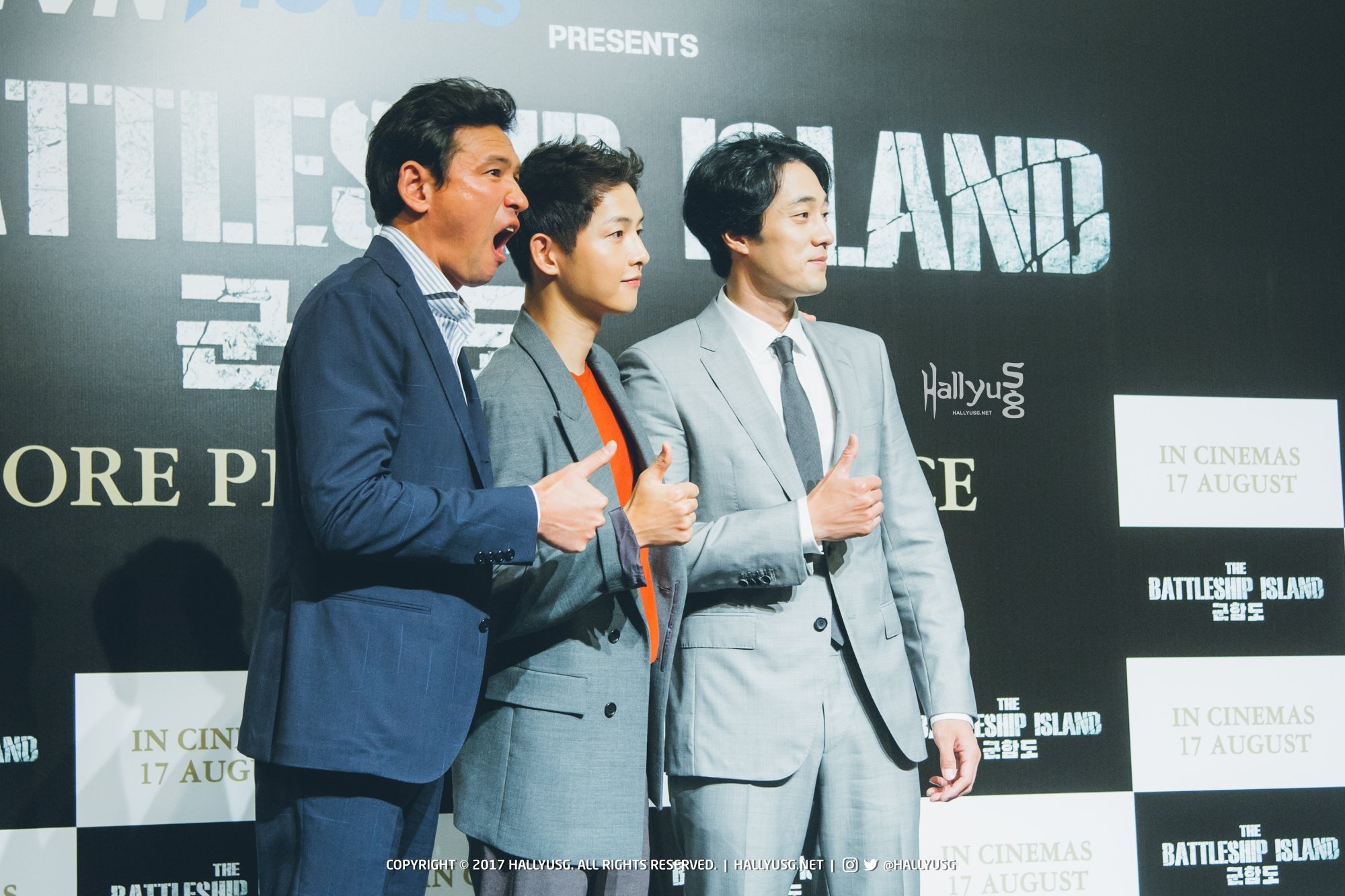 When asked to share some charming points about one another, both Hwang Jung-min and Song Joong-ki agreed that So Ji-sub has a genuine and solid personality that makes them want to rely on him. Hwang added that Song Joong Ki is very considerate towards others, which makes him even more charming in this aspect.

Finally, on a question that was directed to Song Joong-ki about his upcoming wedding with Song Hye-kyo, the actor revealed that he would be honoured if the director & leading cast of THE BATTLESHIP ISLAND could attend the ceremony. Fans of the Song-Song couple may be disappointed for awhile, as Song Joong-ki said he’d have to give more thoughts on starring in the same acting project with his wife-to-be because it would be challenging.

THE BATTLESHIP ISLAND Singapore Promotional Tour was presented by tvN Movies and covered by HallyuSG. The movie opens in cinemas island-wide on 17 August 2017.