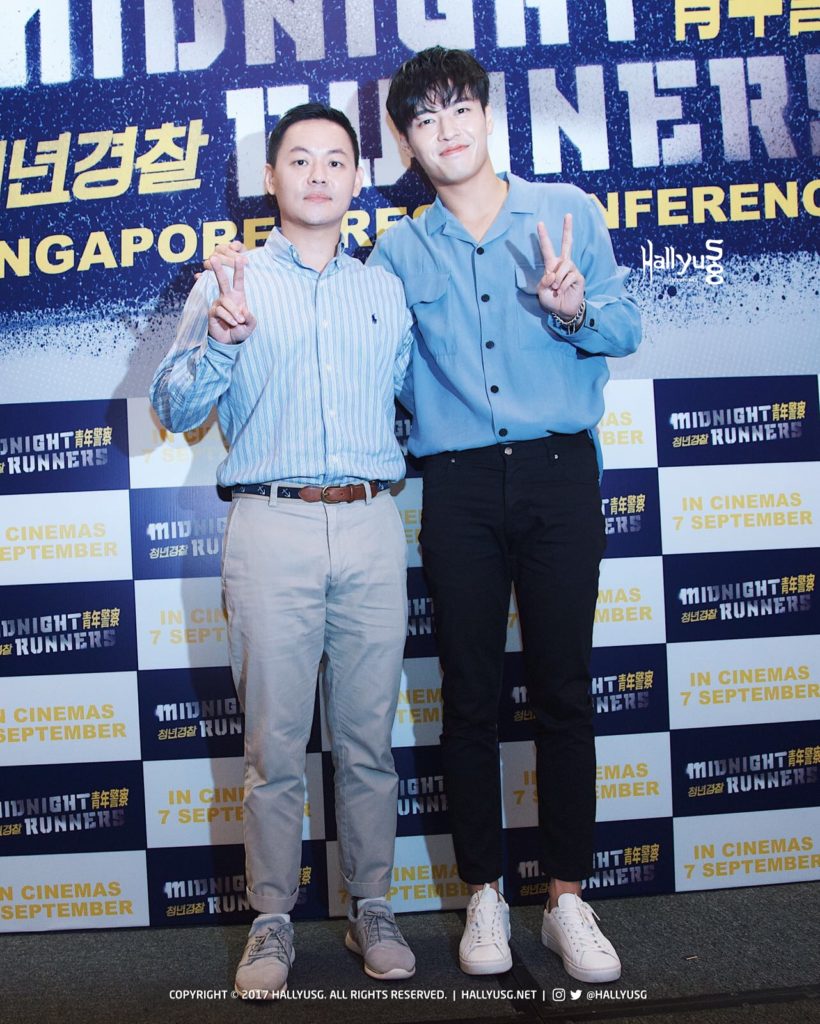 Korean heartthrob Kang Ha Neul and director Jason Kim were in Singapore last Thursday (31 Aug) for the movie promotions of MIDNIGHT RUNNERS which is slated for local release on 7 September 2017.

Starring the rising actors Kang Ha Neul and Park Seo Joon, the movie tells the story of two apathetic police academy recruits-turned-best-friends who witnessed a kidnapping incident by chance during their leave. After making a police report, the investigation went stagnant as there were lacked of evidences. The duo then decided to take matters into their own hands where they ran into unexpected twists and turns. 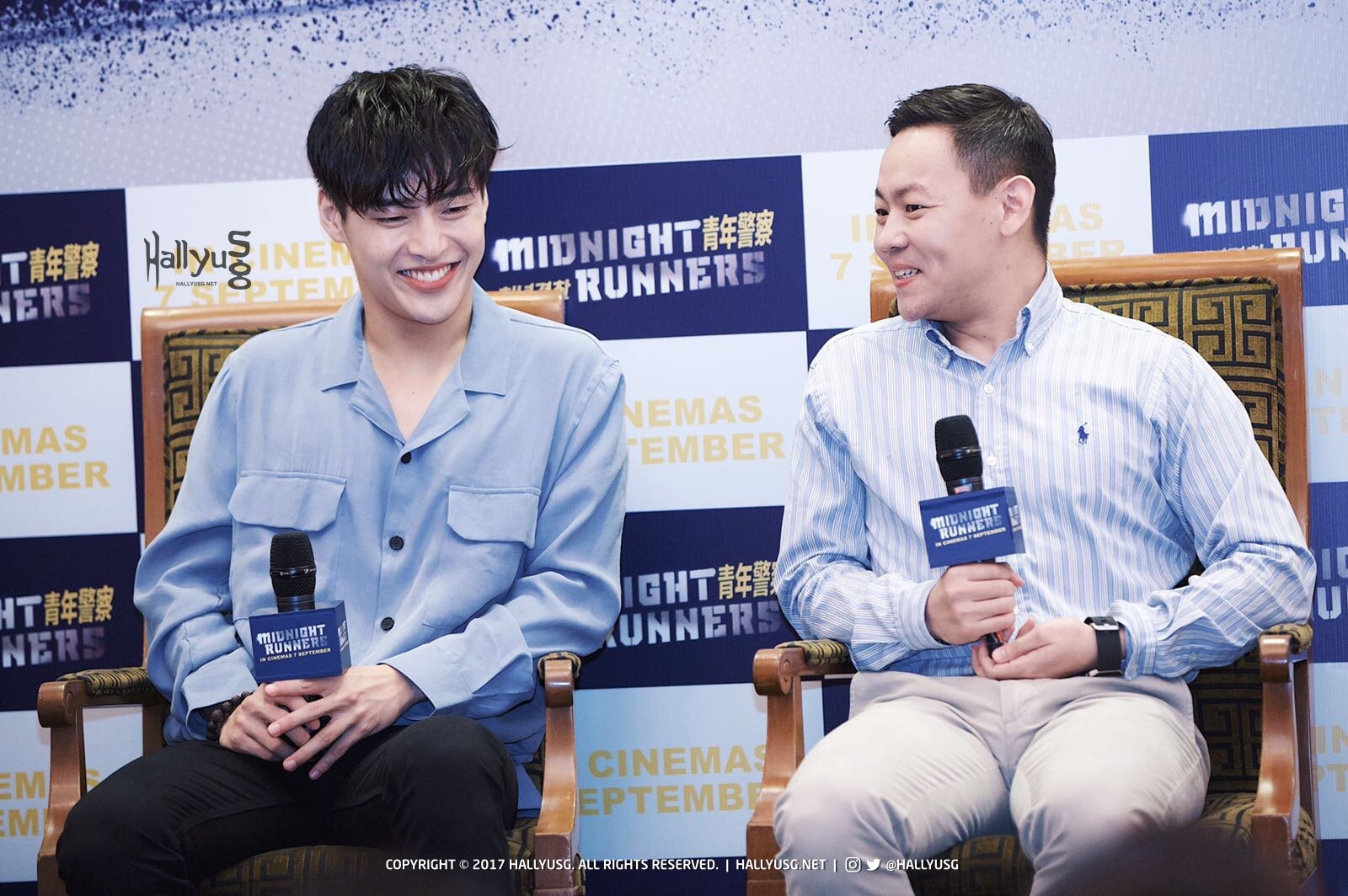 Speaking at the press conference, director Kim revealed that he’d been working on the movie project for 3 years — 2 years on its story and 1 year on the casting. He eventually decided to cast Kang Ha Neul and Park Seojoon as both actors were interested in the story and naturally blended well together.

Describing the two lead actors as the dynamic duo, director Kim complimented their professionalism and added that they knew the story more than he did and portrayed their characters really well. 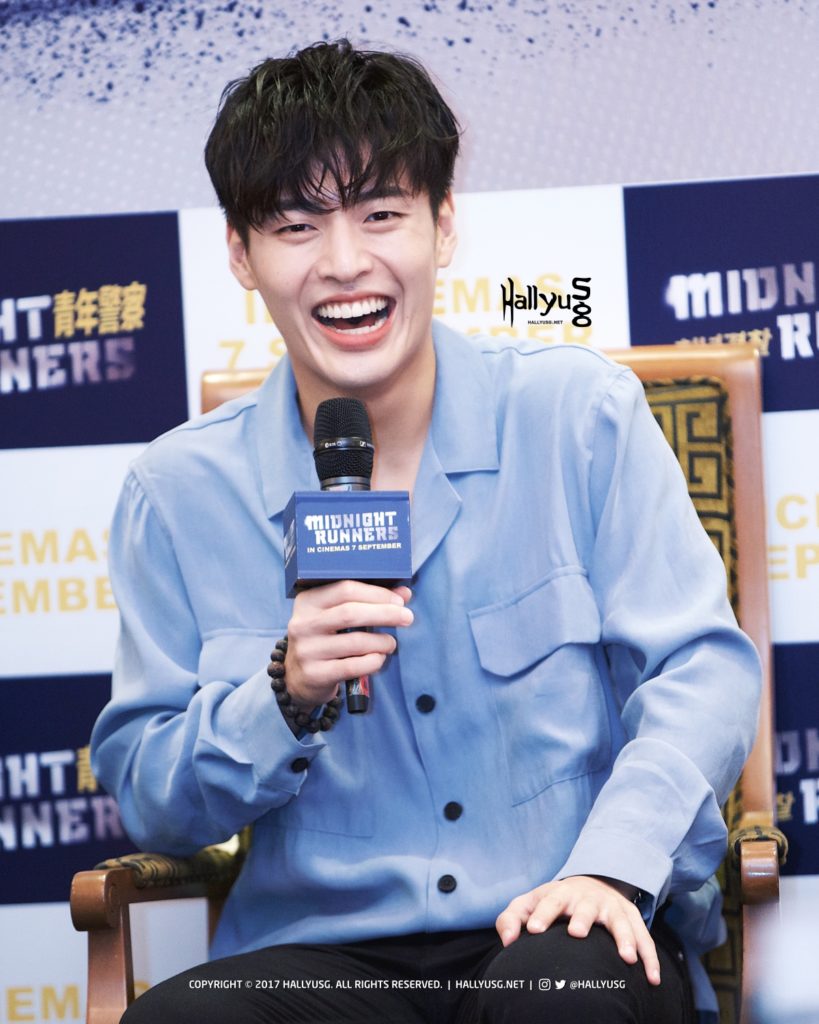 On the other hand, Kang Ha Neul revealed that the atmosphere on set was nothing short of pure joy. Just like what was shown in the movie, he also disclosed his close relationship and chemistry with Park Seojoon and director Kim off screen.

“Park Seojoon is like an older brother to me and working together brings us even closer. Also, director Kim has a great attention to detail. He was willing to listen to our opinions and thoughts.” 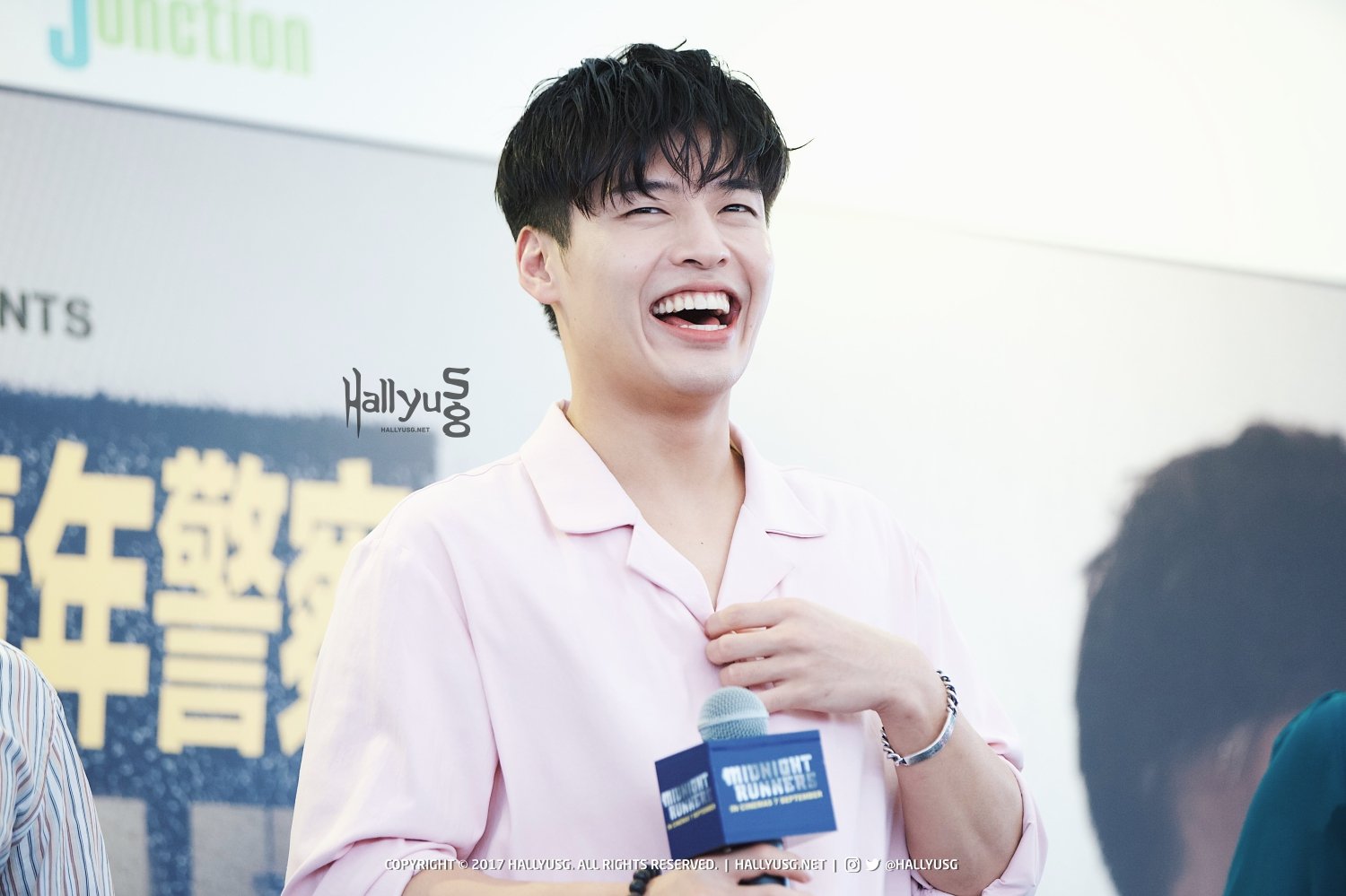 Visiting Singapore for the third time, Kang Ha Neul thanked fans for their warm welcome as he greeted them at the public Meet & Greet session held at Bugis Square on the same evening. Selected lucky fans also had the opportunity to play games and take a group photo with the actor during the event.

Kang Ha Neul is set to enlist in the military as a military police officer on 11 September, while MIDNIGHT RUNNERS will open in Singapore cinemas on 7 September. We wish him all the best and look forward to his grand return to the small and big screens 21 months later!