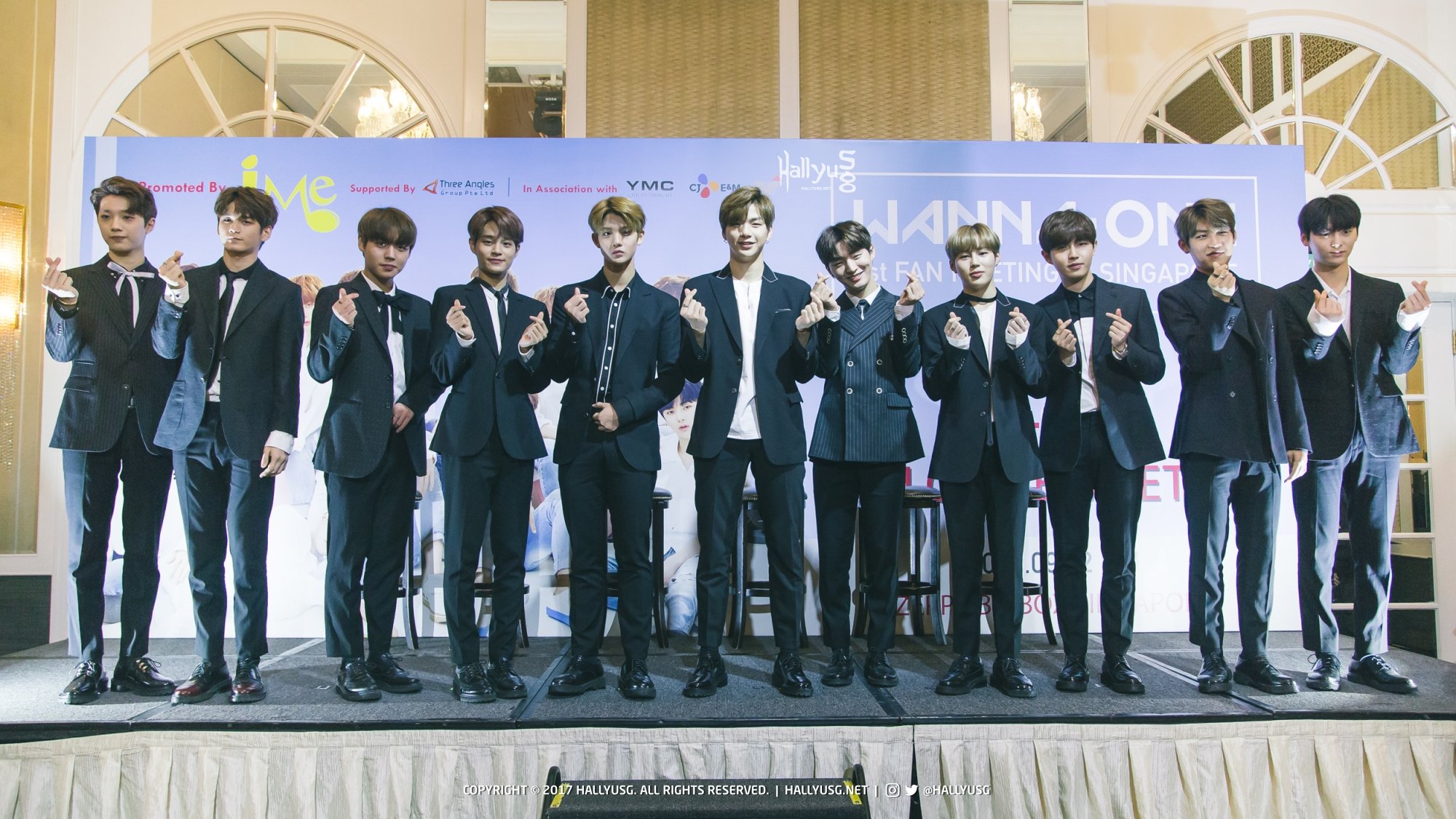 South Korean boy band Wanna One has been the talk of the town since their hot debut in August, topping several music charts and taking 15 wins on music shows with their title track ‘Energetic’ — all these achieved barely a month after they made their official debut as a group.

Their first Fan Meeting in Singapore last Friday (22 Sep) was met with thousands of fans waiting eagerly in queue to get into the show venue, while there were also many disappointed fans hanging around outside who were not able to get tickets to the show. 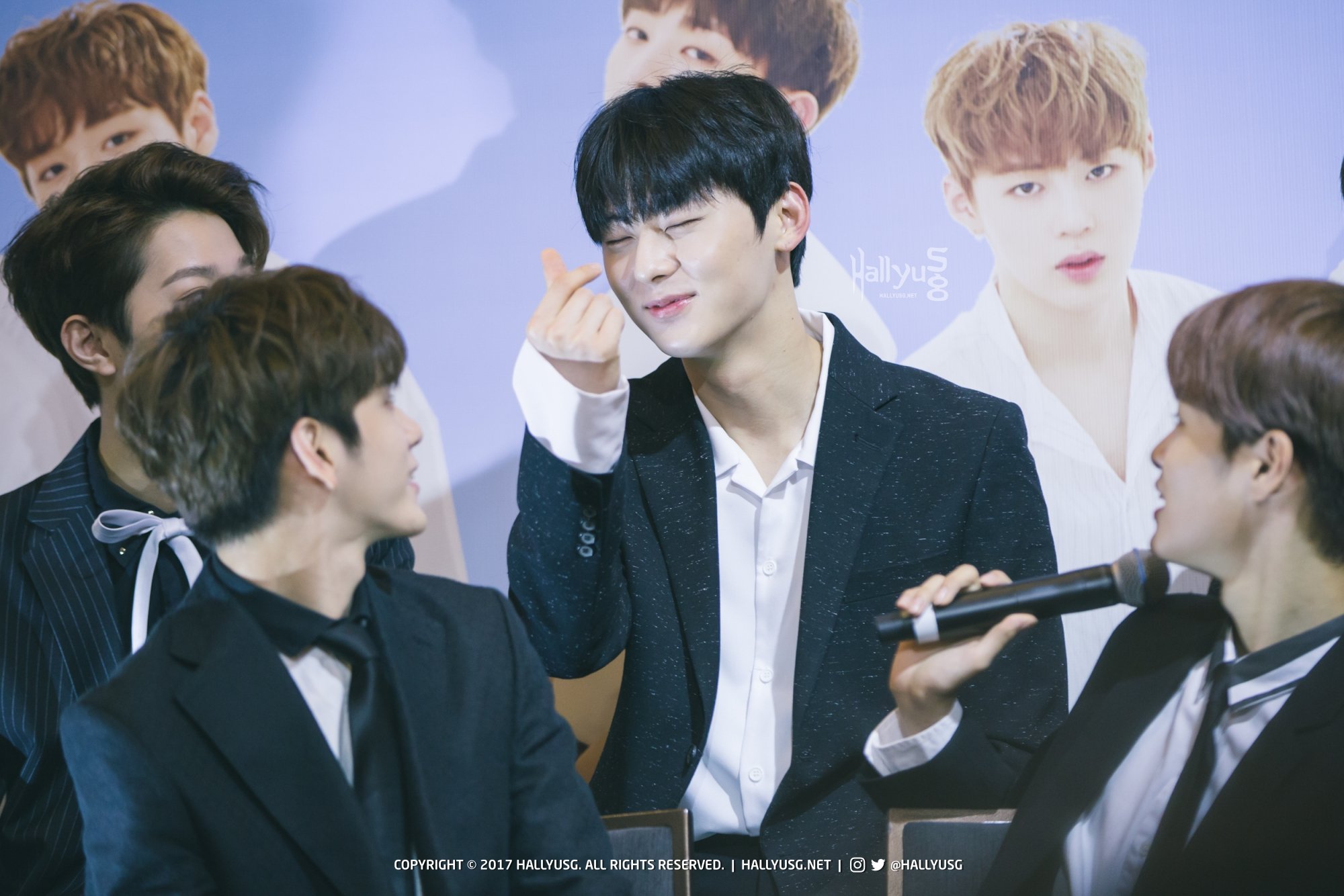 Since wrapping up Produce 101 Season 2 in mid-June, Wanna One has been busy with several advertisement shoots, filming of their reality show ‘Wanna One Go‘, settling in their new dorm and preparing for their debut in August.

Despite a jam-packed schedule, it was especially memorable for every member as they made their official debut on 7 August with their premier show-con held at the Gocheok Sky Dome in Seoul. During the press conference in Singapore, Minhyun further shared that their debut stage was the most emotional moment (for him) as it was the first time they were performing together officially as Wanna One. 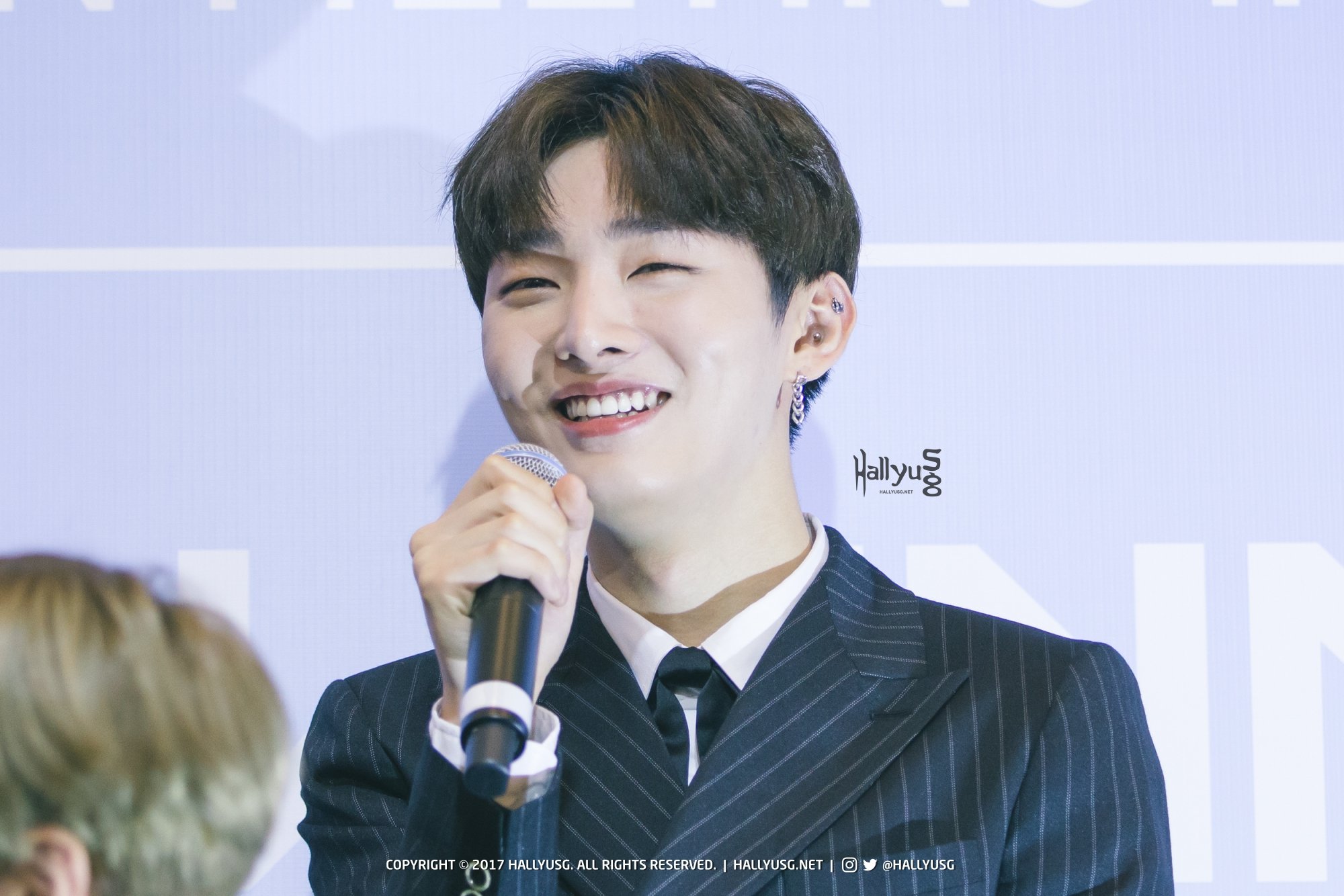 Although the boys have a busy schedule, Minhyun revealed that they were still able to enjoy some of their hobbies when they return to the dorm, such as watching dramas, playing games or putting on facial masks. Jisung added that they often order night snacks to eat, especially after a long day of work. 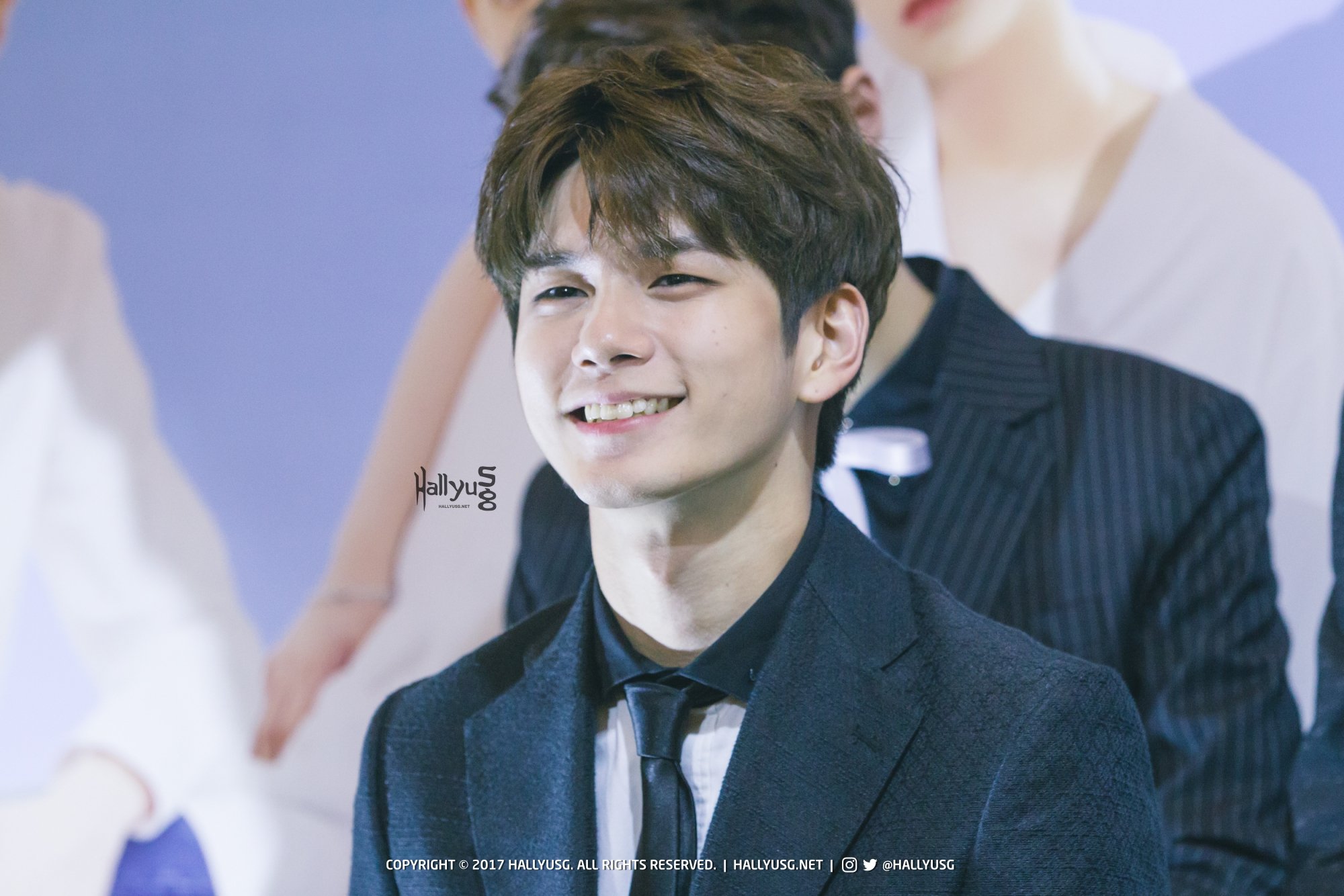 When asked to pick a member and name this member’s quality that they want to possess, Sungwoon answered that he’d want to have Guanlin’s height, while Seongwu commented that he wants a nice physique like Daniel’s.

“I want to have Woojin’s dance talent” — Guanlin & Jinyoung 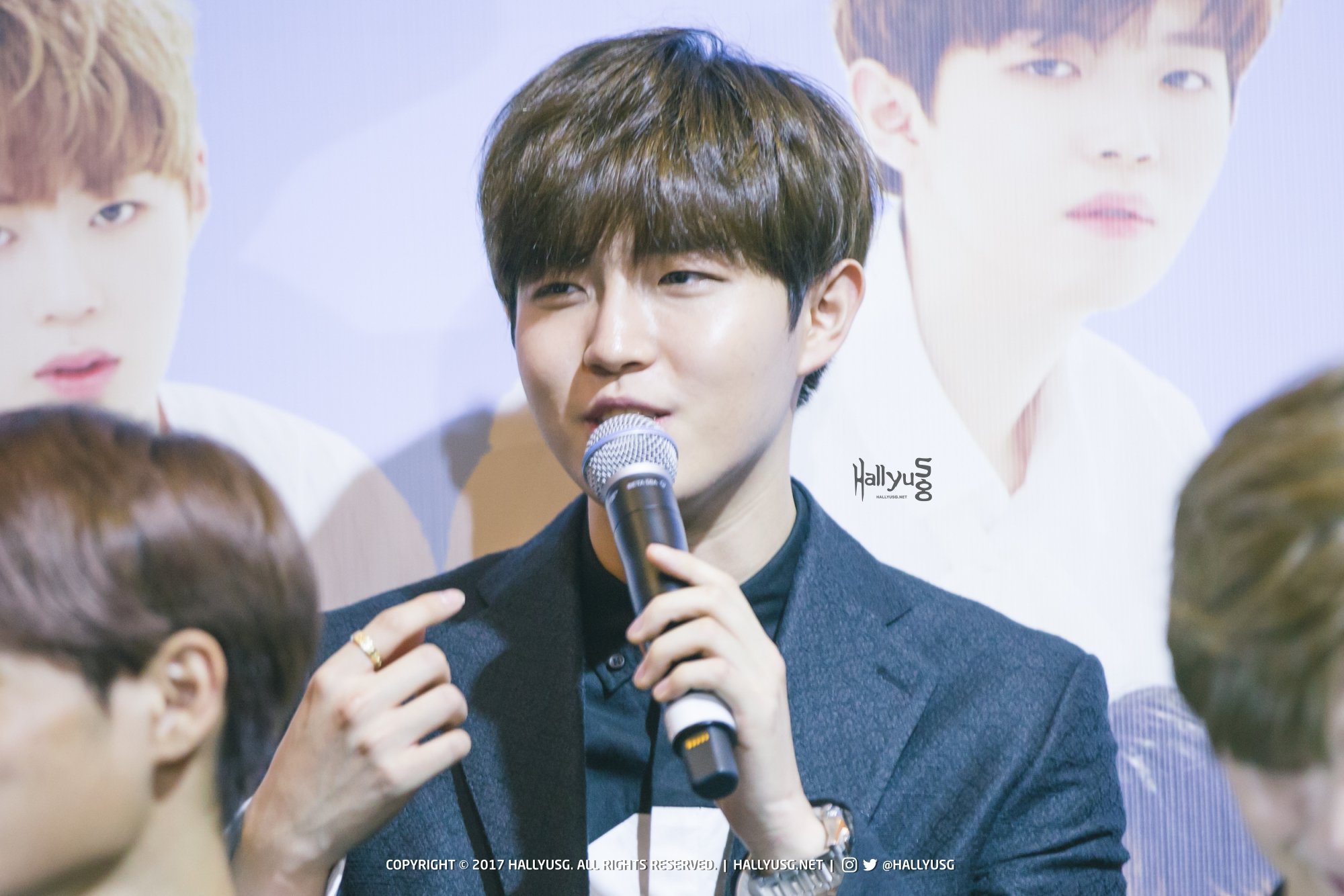 On the other hand, Jaehwan pointed out that Jisung’s character is strong with a warm touch, so he’d want to possess the leader’s gentleness quality.

“I want to have Daehwi’s aegyo (cuteness)” — Minhyun 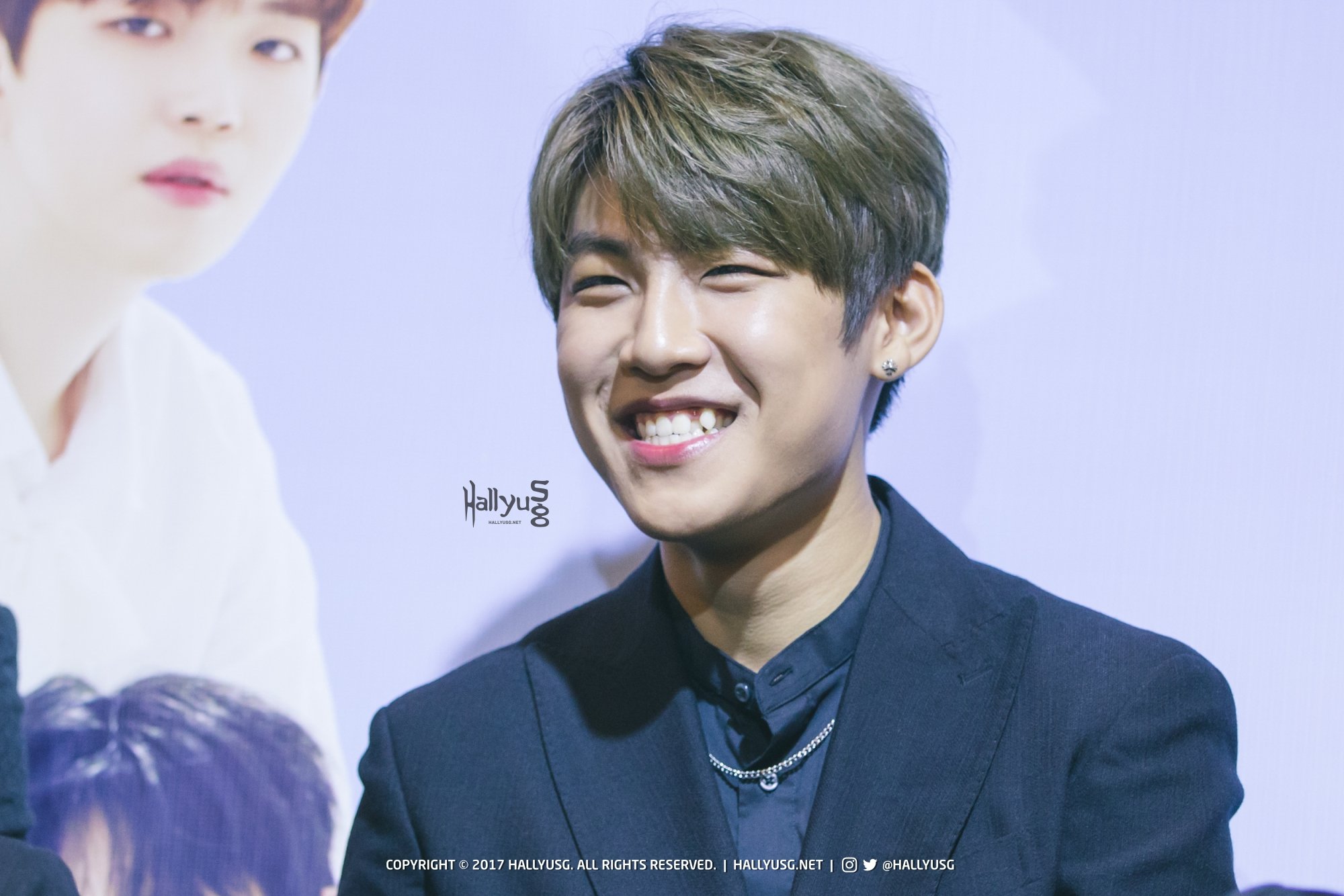 On a question about the most energetic member in the group, majority of the members picked Woojin because he is energetic most of the time and enjoys playing pranks on people.

“I think they (members) chose me because I don’t like silence. I like to be around people and enjoy (having) fun moments together,” said Woojin.

Wanna One’s first Fan Meeting in Singapore was a roaring success where fans got to know more about the individual members through their stage interactions and game activities.

The boys performed a total of 7 tracks during the show, including all hits from their debut album such as “Energetic“, “Burn It Up“, “Wanna Be (My Baby)“, as well as the all-time-favourites from Produce 101 Season 2, like “NEVER“, “Pick Me“, “Hands On Me” and “Always“.

With their immense global popularity, Wanna One is slated to make a comeback in November with their new repackaged album, 1-1=0 (NOTHING WITHOUT YOU). Till their next comeback, we hope the boys do get sufficient rest before they start taking over the music charts again!

WANNA-ONE 1ST FANMEETING IN SINGAPORE: WANNA BE LOVED was organised by IME Singapore and covered by HallyuSG.

[COVER] Wanna One Treats Fans To A Nostalgic Evening At ONE: THE WORLD In Singapore