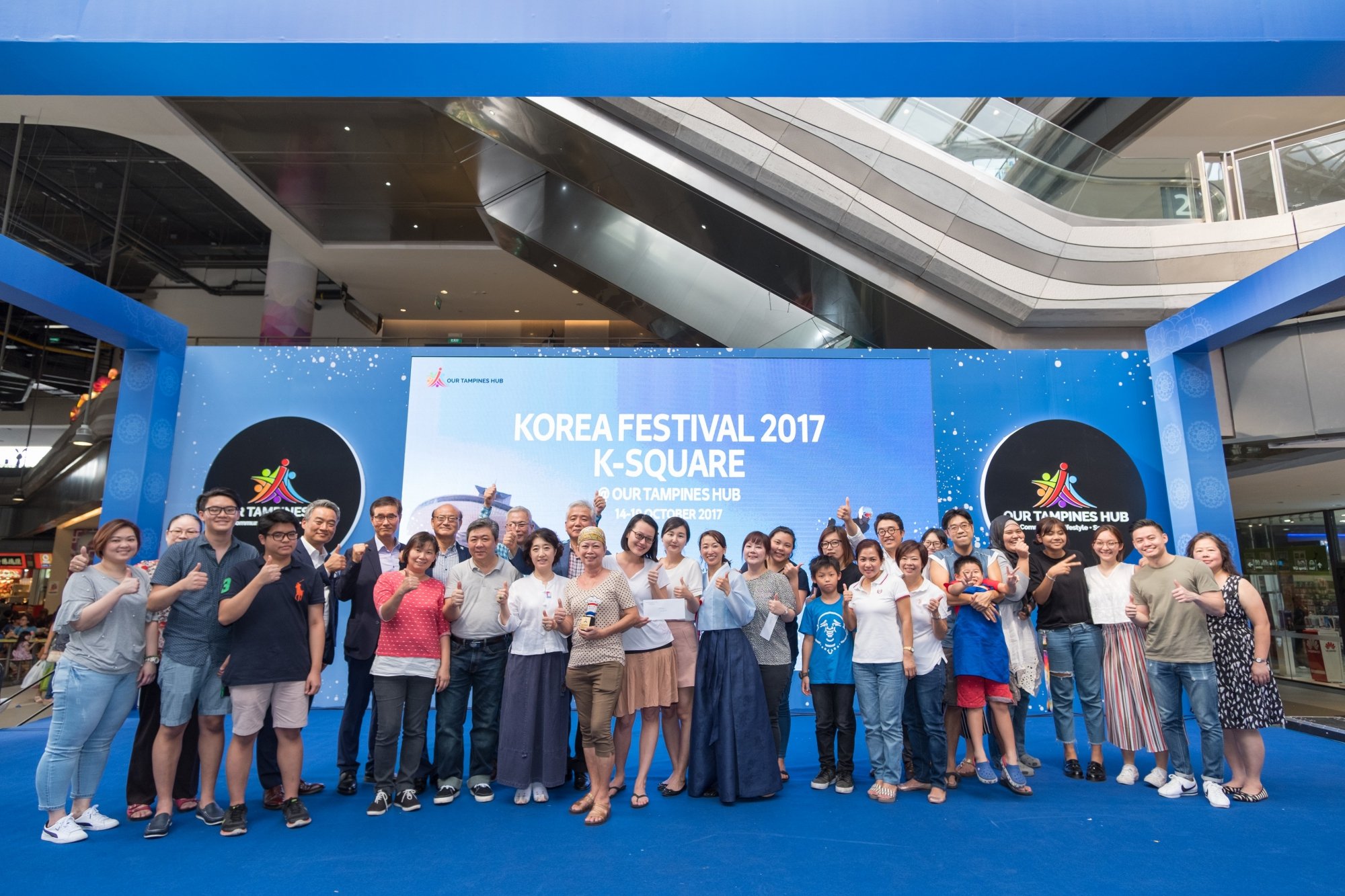 Organised by the Embassy of the Republic of Korea to the Republic of Singapore (Korean Embassy), the Hansik Contest took place at Our Tampines Hub’s culinary studio on 14 October and was successfully concluded with a prize presentation onstage at the Korea Festival 2017, K-Square.

It was the first official Korean culinary contest in Singapore where 12 teams were shortlisted to battle in a cook-off in search of the best K-Food chef in town. These 12 teams were tasked to prepare 2 dishes — 1) everyone’s favorite Kimchi Stew and 2) a Korean dish of their choice; all within the given time frame of 90 mins. 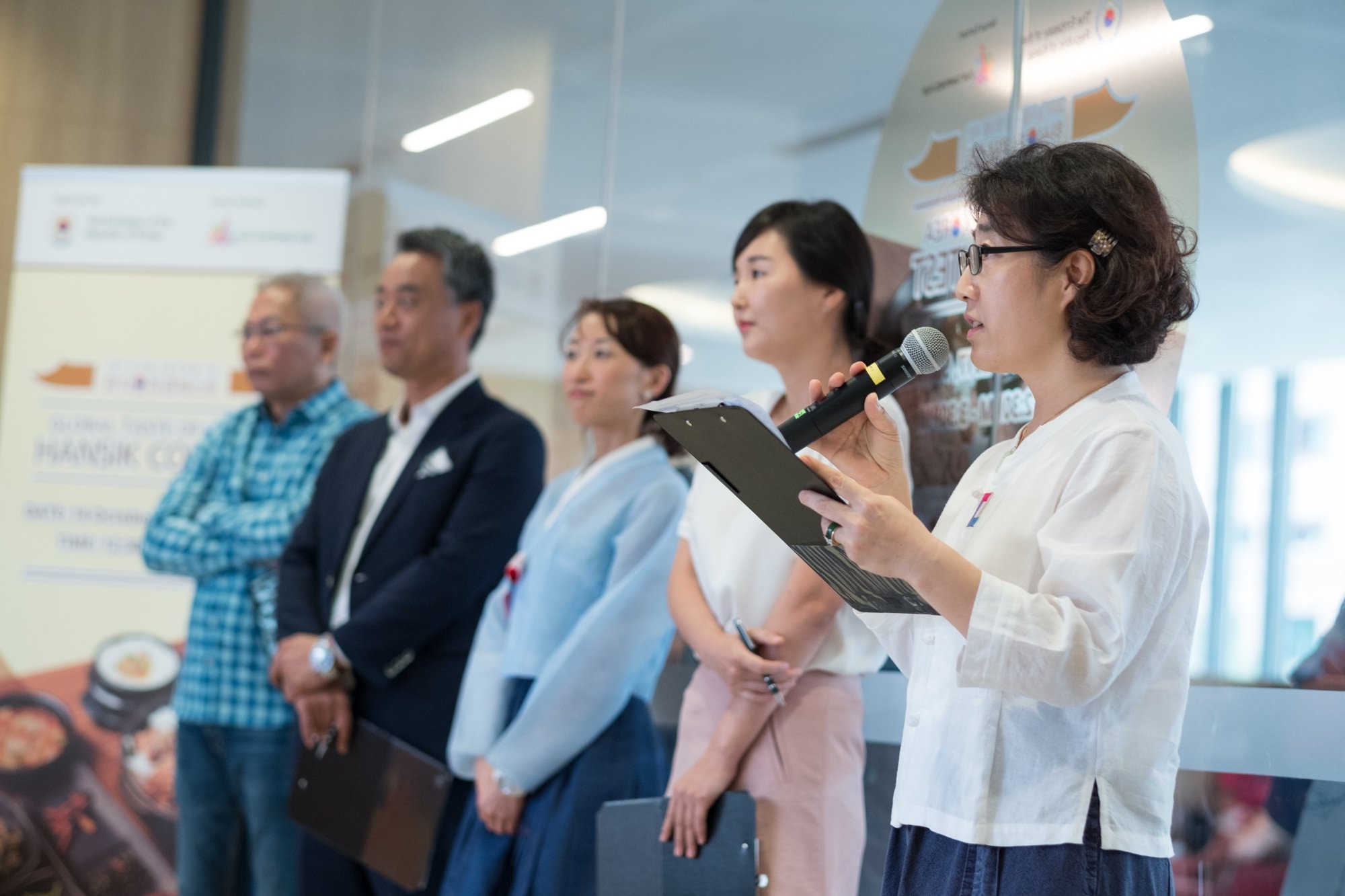 The Hansik Contest kicked off with an opening speech by Mdm Park Ae Kyeong, the spouse of the Ambassador of the Republic of Korea to the Republic of Singapore, who was heading the judging panel along with four other judges selected by the Korean Embassy. 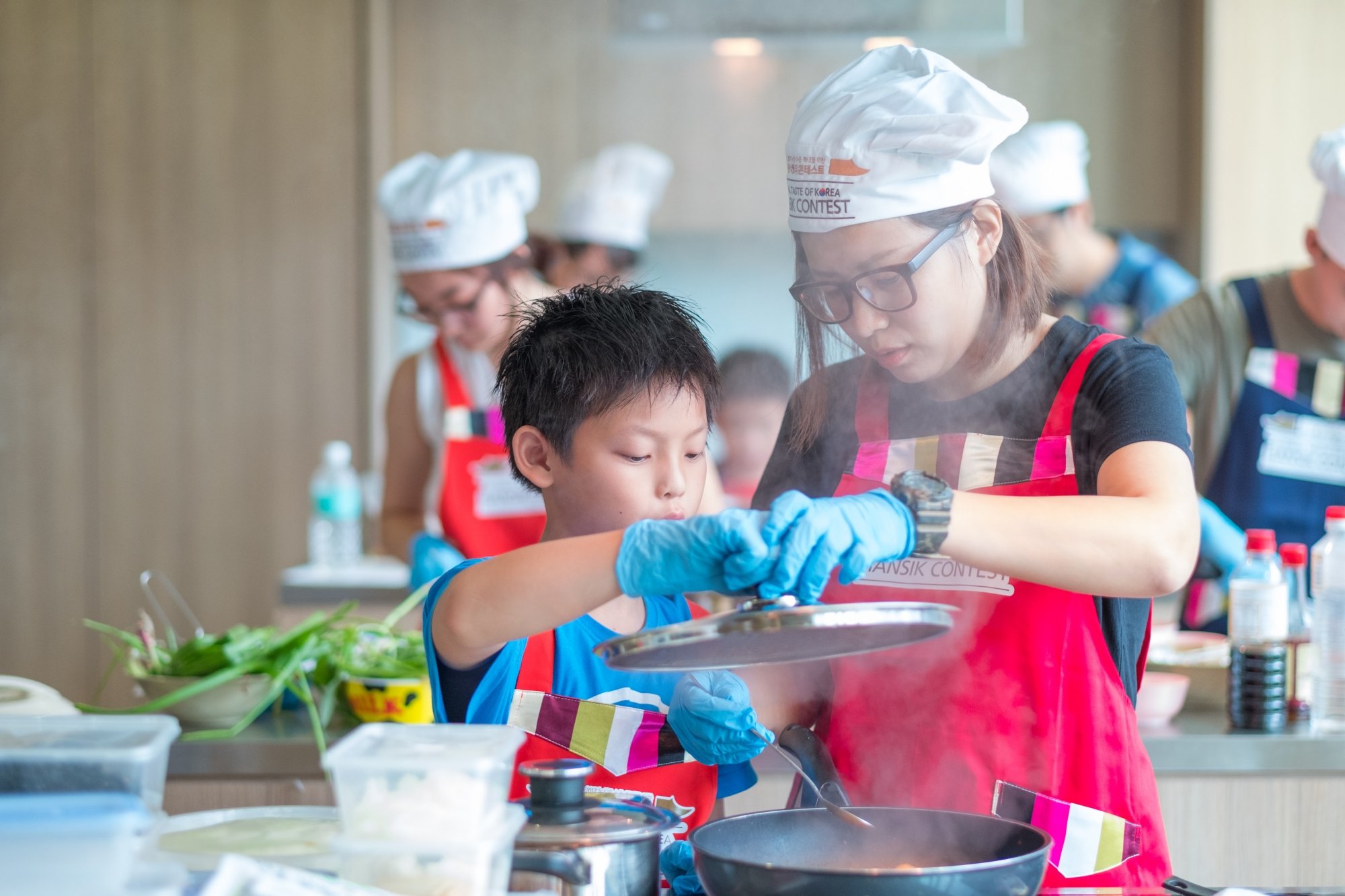 With a countdown timer in place, much excitement and anticipation filled the air as the teams began to prepare their dishes promptly. Several teams were well prepared with their own ingredients nicely chopped and portioned, while other teams focused on dish presentation to score more bonus points.

Talking about creativity, some participants also put in extra effort to prepare a variety of banchan dishes to complement their final dishes. Meanwhile, premium ingredients were also spotted in the preparation process as one of the teams decided to use flower crabs to enhance the flavours of their kimchi stew. 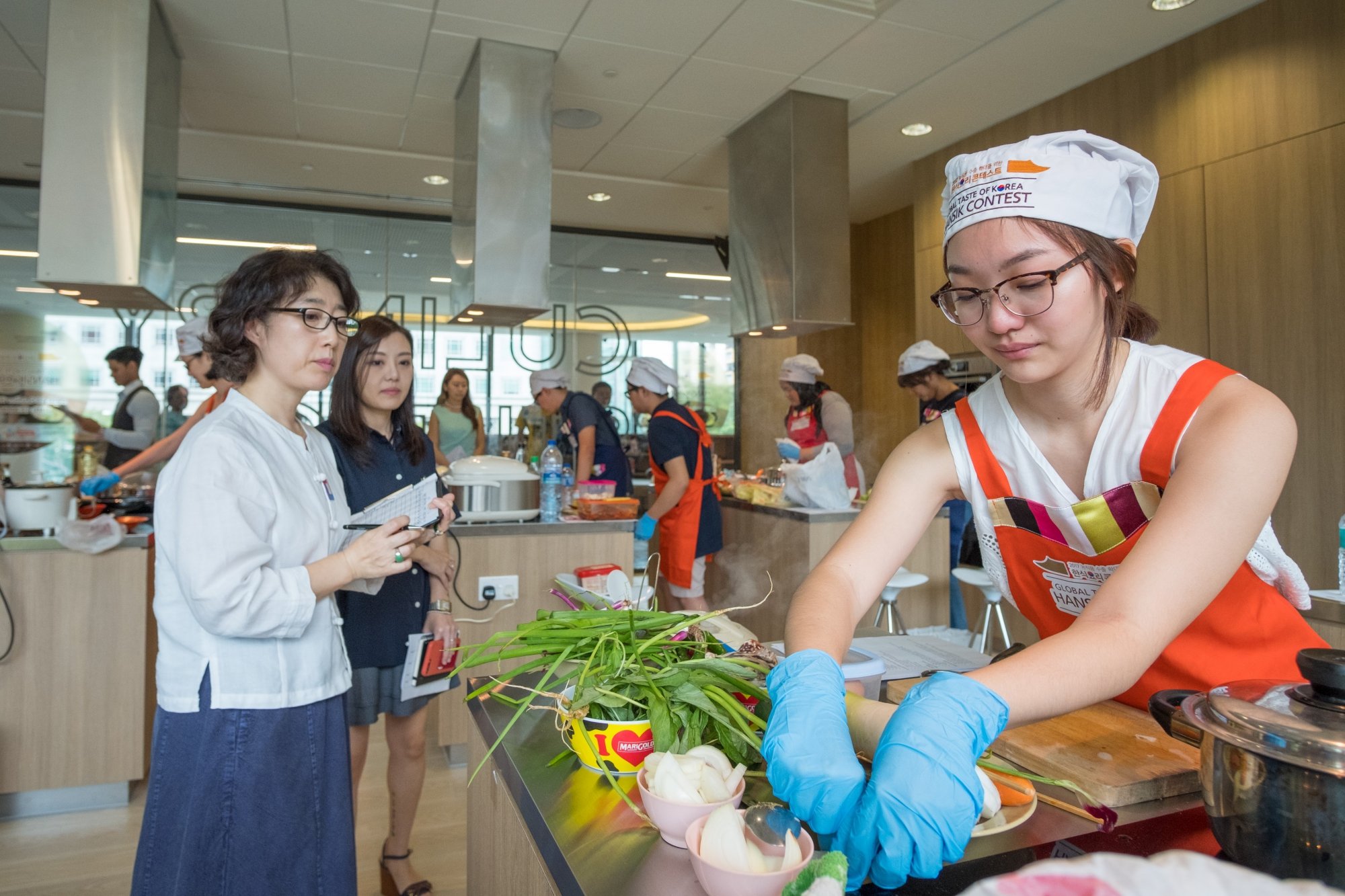 It was no easy feat for the participants as they were only given 90 mins to prepare and complete 2 Korean dishes. Despite so, all 12 teams managed to present their dishes within the time frame for the final evaluation by the judges. 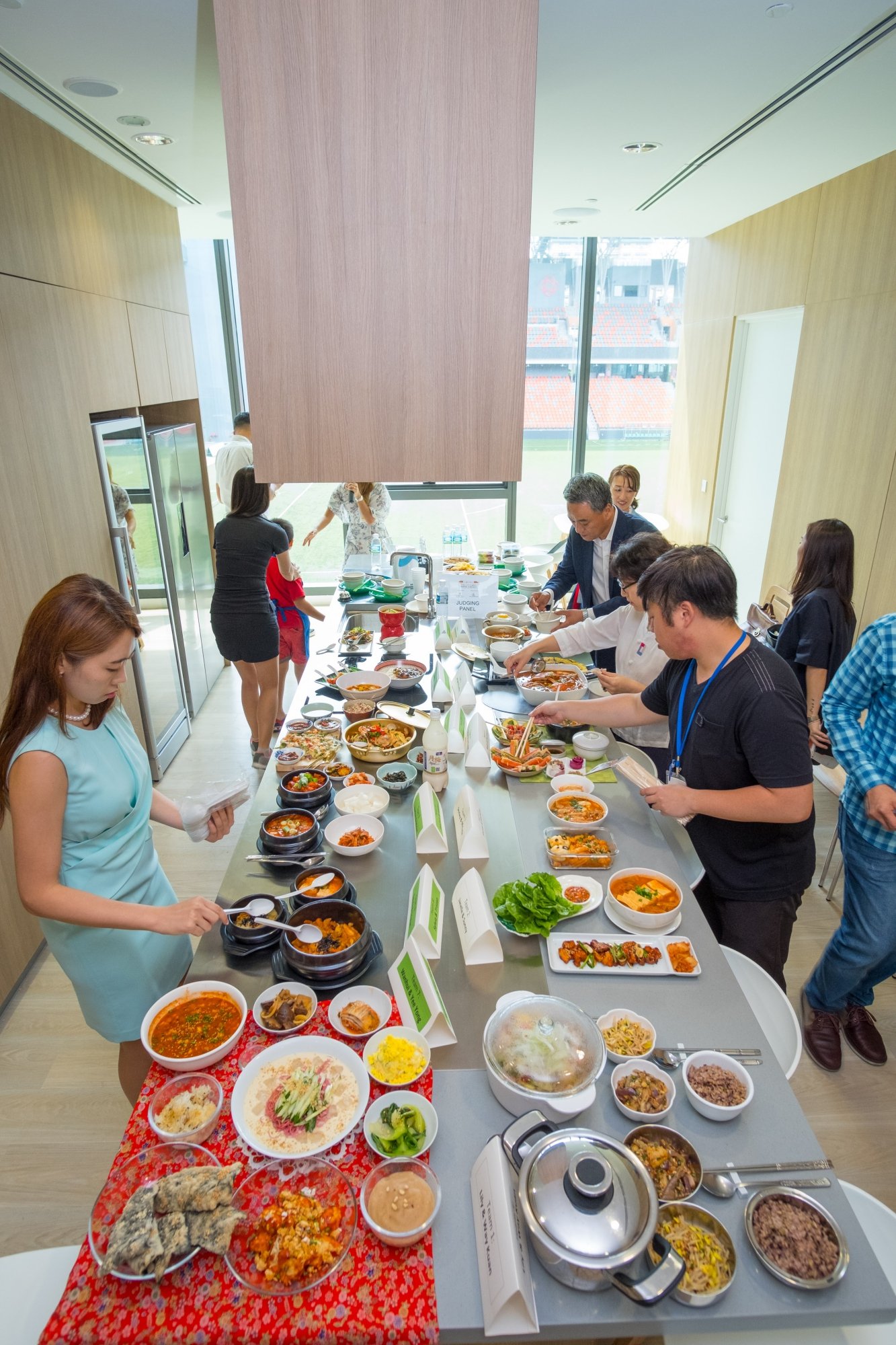 After a round of tasting, it seemed like the judges have made up their minds on the winning teams! 3 teams were awarded respectively with the ‘Best Presentation’, ‘Best Taste’ and ‘Best Creativity’ awards, while 3 other teams bagged the Top 3 prizes.

The grand prize went to the team that whipped up a vegetarian and organic feast complemented with several banchan dishes. Behind the cooking process, the team also shared that they had wanted to prepare an organic (Korean) meal as one of the team members is a cancer survivor. Through their well-thought and elaborated recipes, they’ve impressed the judges and went home with $1,000 cash prize as well as an all-expense paid round trip to Korea!

With a successful wrap-up for the Hansik Contest, the Korean Embassy looks forward to bringing Korean culture closer to the hearts of the residents of Singapore.

[COVER] HYUKOH Conversed Through Music At Their First Concert In Singapore