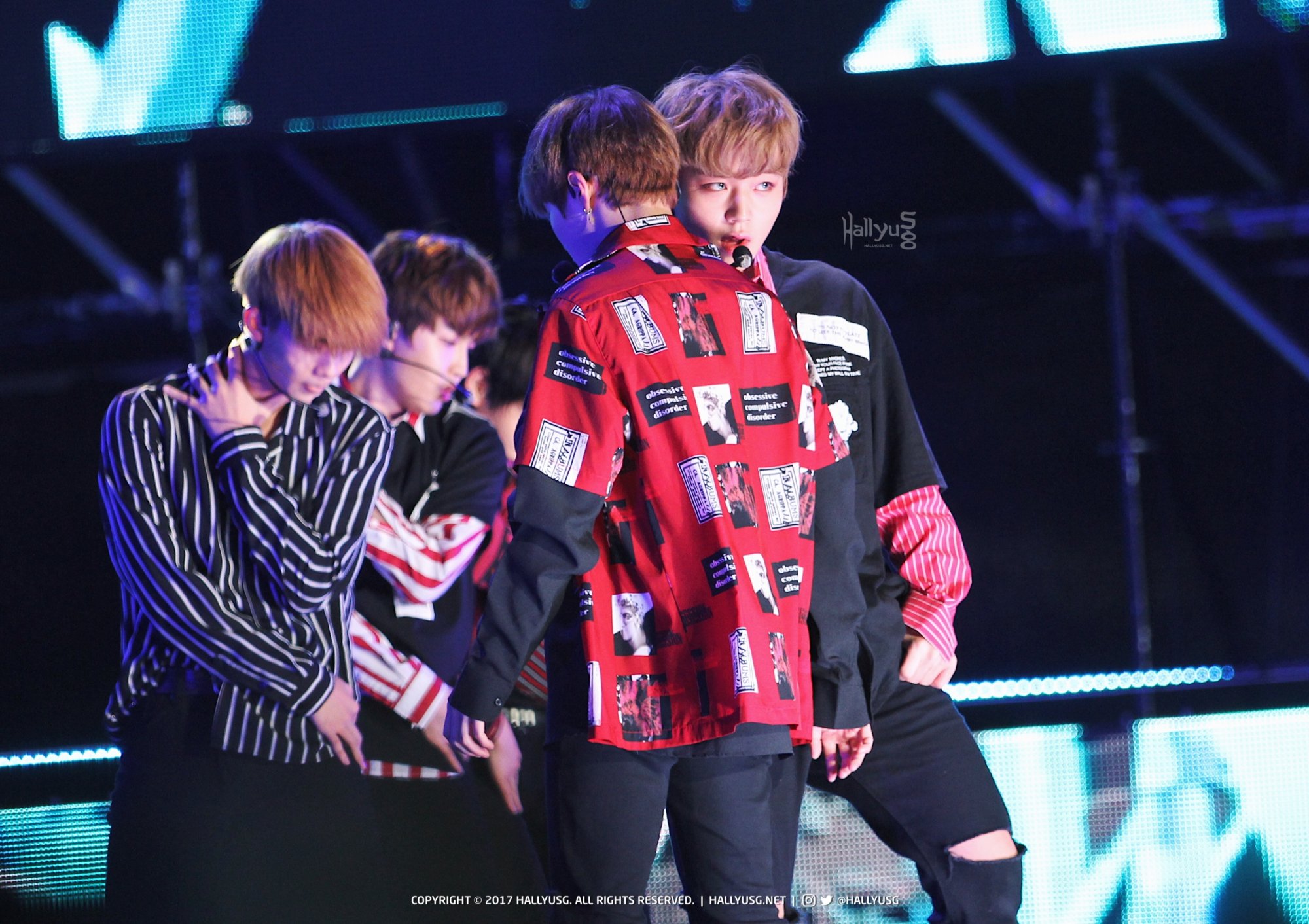 These were the numbers that made up the Gangjin K-pop Concert that took place on 21 October 2017.

The 2-hour long concert attracted more than 23,000 fans, both domestic and international, whose turnout was over 3 times that of the sold-out Music Bank World Tour in Singapore (just for figure comparison). After all, it was quite a spectacular sight and experience to attend an outdoor mega K-pop concert with such a huge turnout of fans.

A relatively unfamiliar town to us, Gangjin is located in the South Jeolla Province, about 5 hours of bus ride away from Seoul. The city is known for its rich history and cultural assets, and is especially famous for its production of celadon wares.

Despite a long traveling journey to Gangjin from Seoul, the concert did made up for it as we had the opportunity to catch some of the headline acts performing that night, such as B.A.P, Wanna One and B1A4. 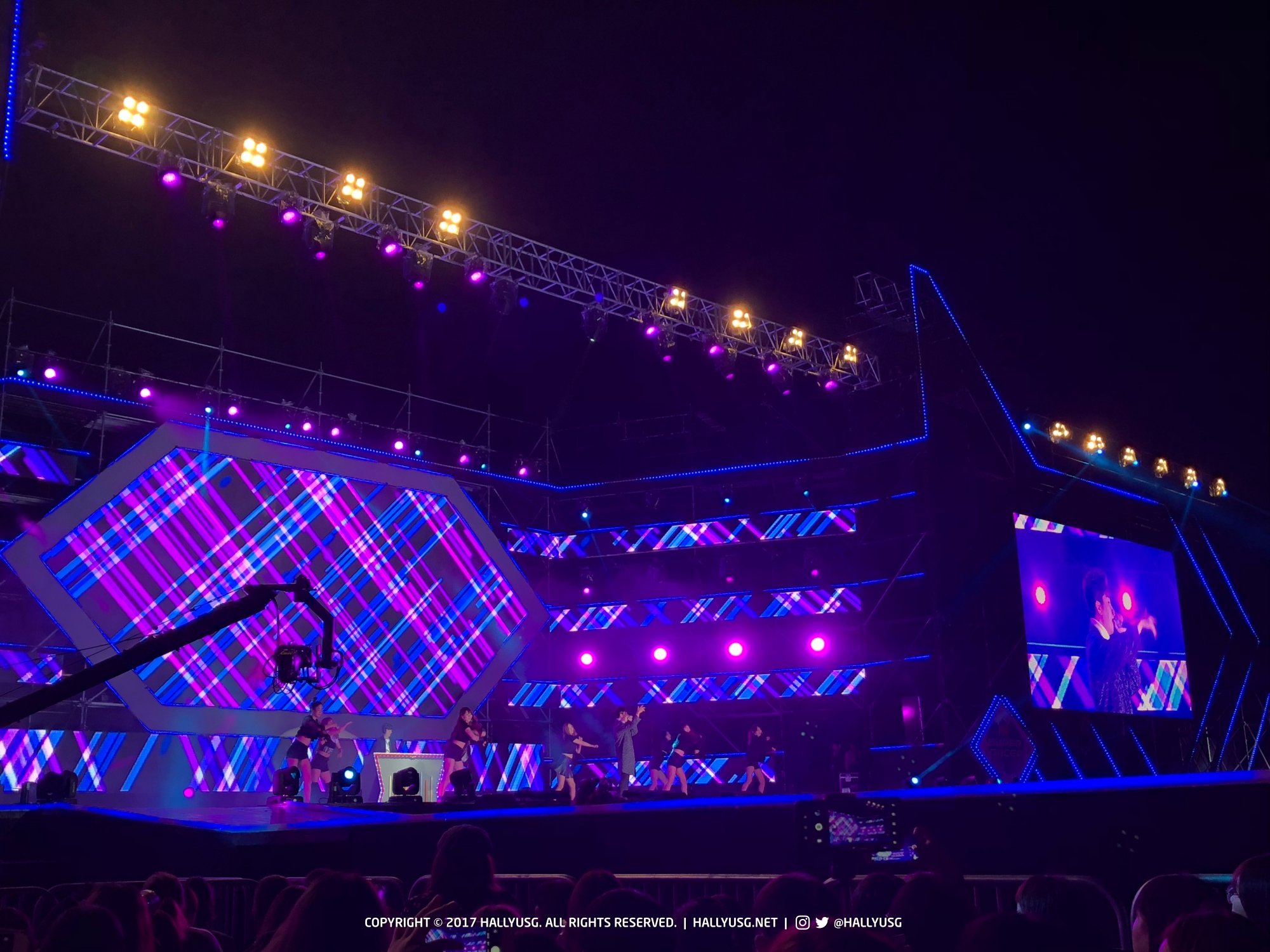 Held at the Gangjin-gun Sports Complex Stadium, the concert was kicked off on a high note with a special remix of K-pop tracks by DJ Julian. The stage was took over thereafter by South Korean rapper, DinDin, the emcee of the night.

We had a refreshing start to the concert as 6-member girl group Laboum brought their lively tracks ‘Hwi Hwi’ and ‘Journey to Atlantis’ to stage, followed by two other solo acts Kassy and Miso. 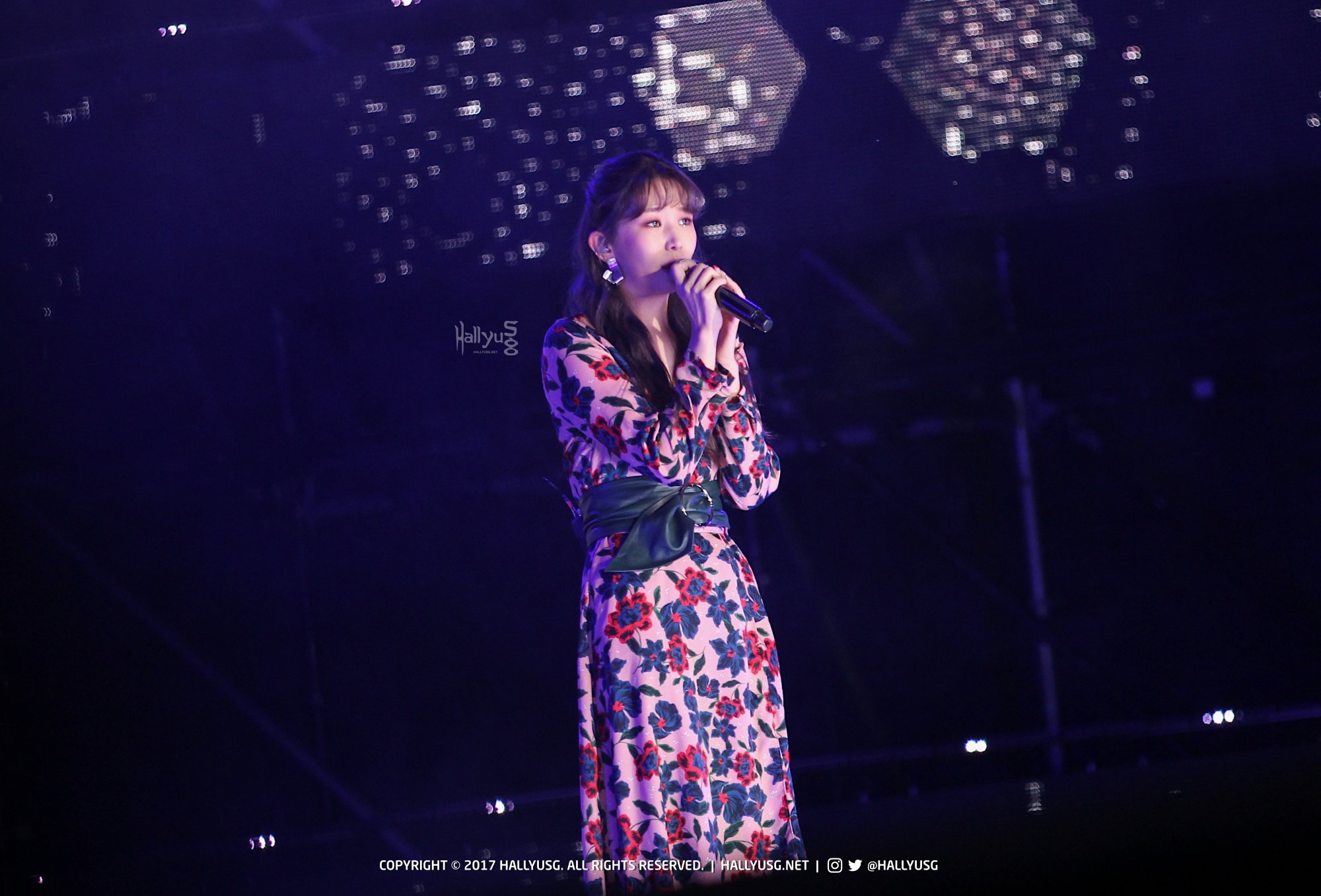 With her mesmerising vocal, Kassy dropped a sweet performance of ‘Good Morning’, an OST she sang for the popular K-drama “Fight My Way”, while Miso, a member of K-pop rookie girl group Girls Girls, put up a hot performance of her solo tracks ‘KKPP’ and ‘Pink Lady’. 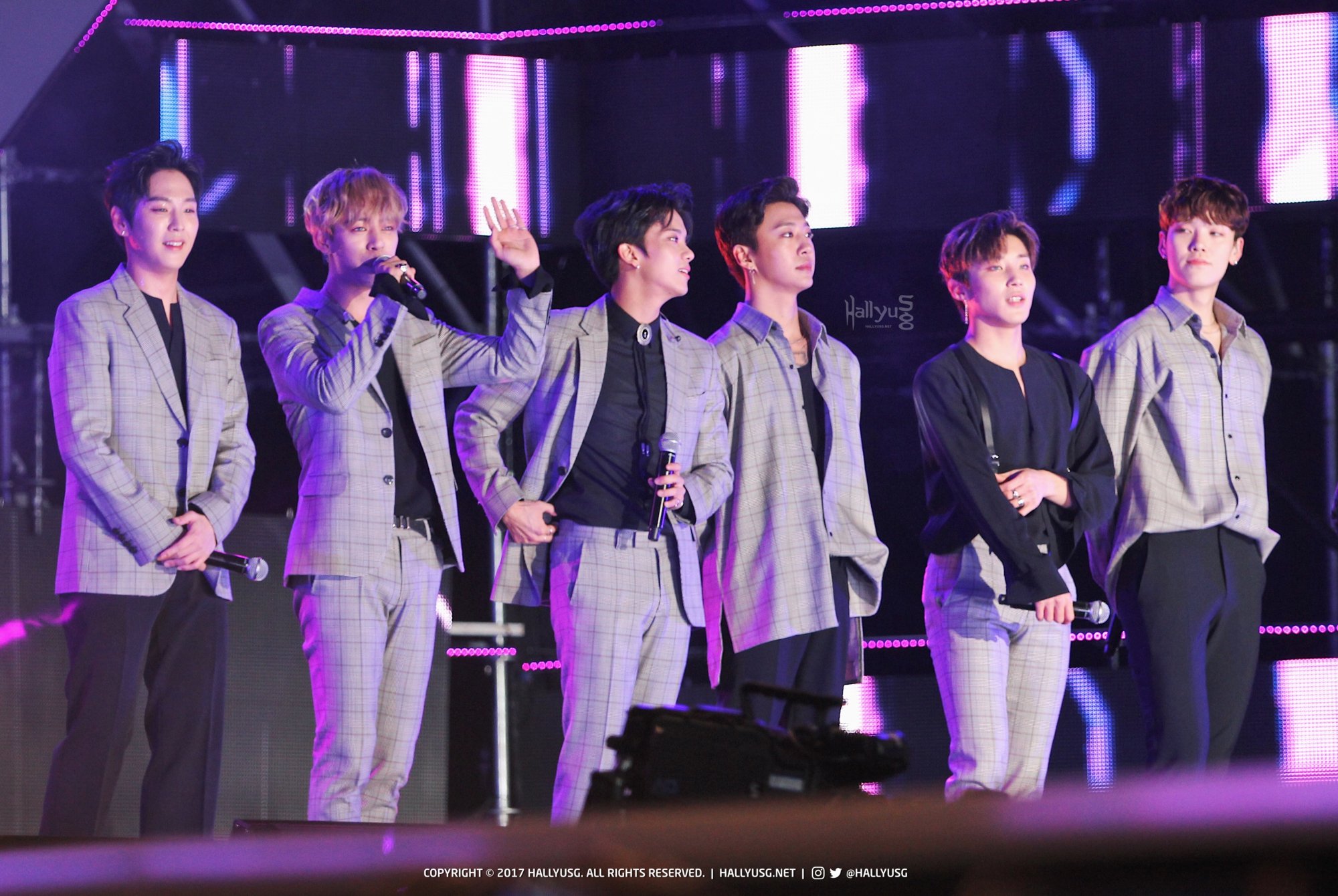 Next in the line-up, B.A.P fired up the stage with their hit tracks ‘Honeymoon‘, ‘Wake Me Up‘ and ‘That’s My Jam‘, bringing the concert to a new high. 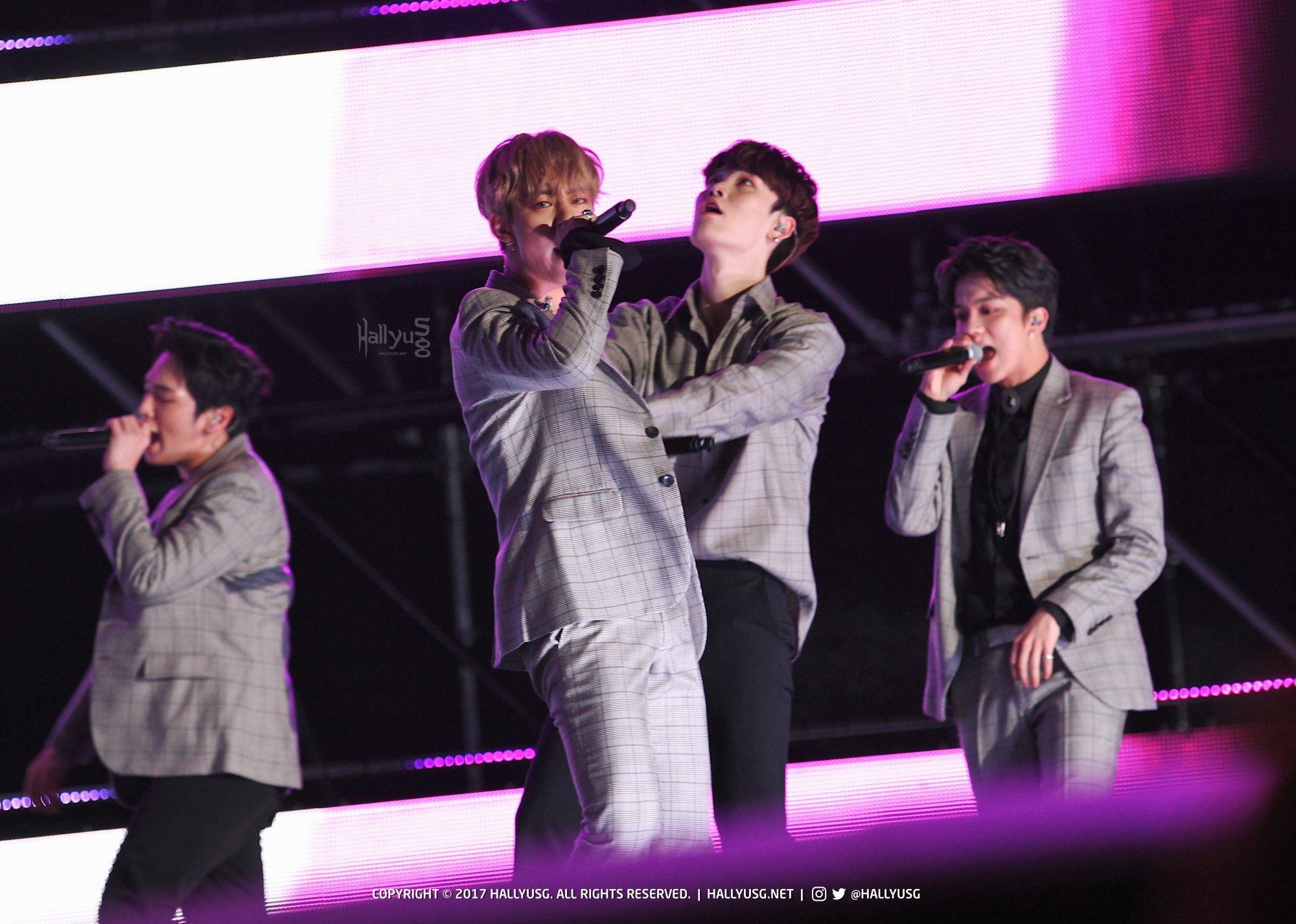 Babyz in the house had a smashing time with the boys as they wrapped up their stage with a performance of all-time favorite track ‘1004 (Angel)‘, leaving fans screaming for more.

Their labelmates Sonamoo continued next, displaying their high energy and bright sides with ‘Friday Night‘ and ‘I Like U Too Much‘. 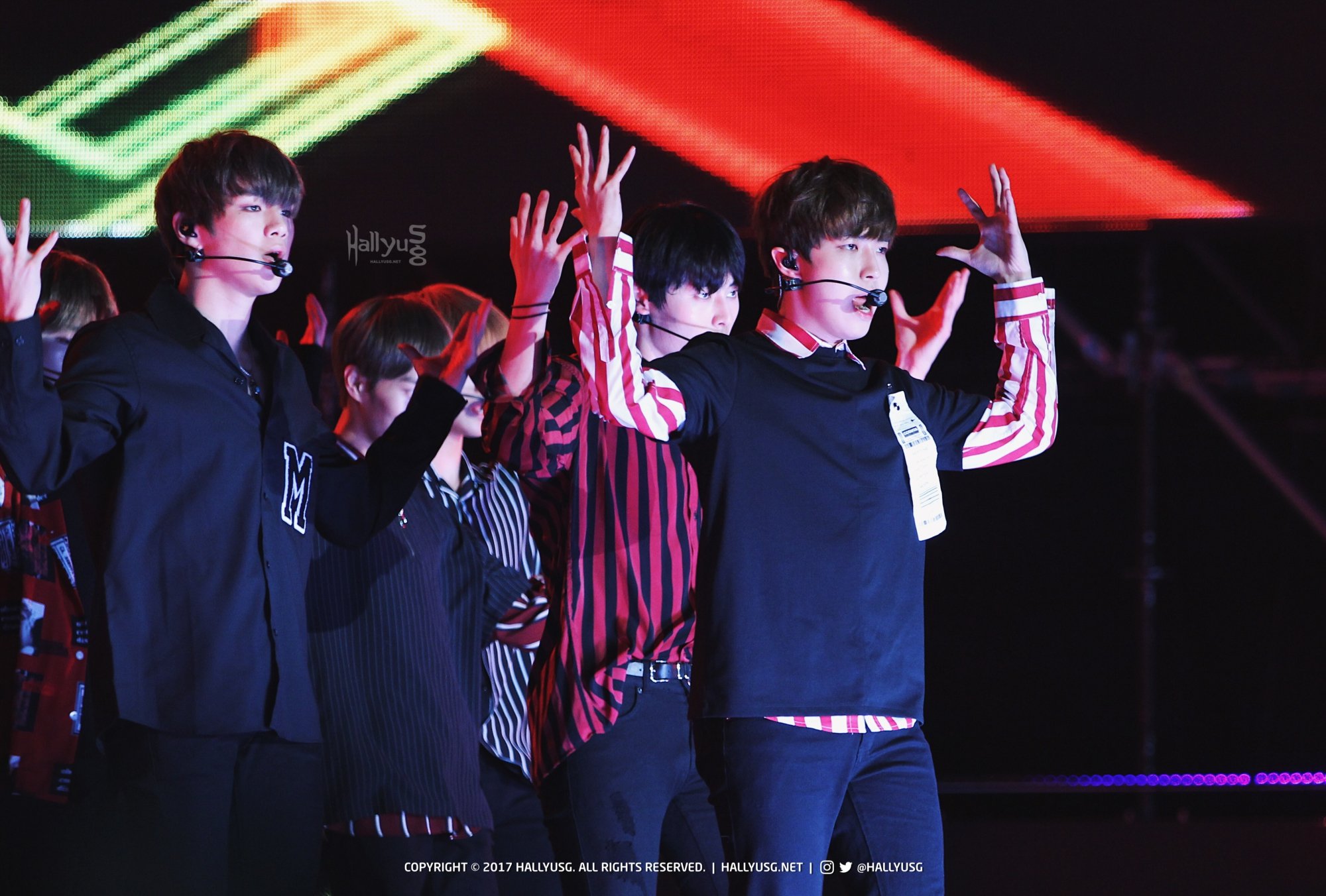 One of the main highlights of Gangjin K-pop Concert, Wanna One belted out a string of their hit tracks including ‘Energetic’, ‘Burn It Up’, ‘NEVER’ and ‘Pick Me’. 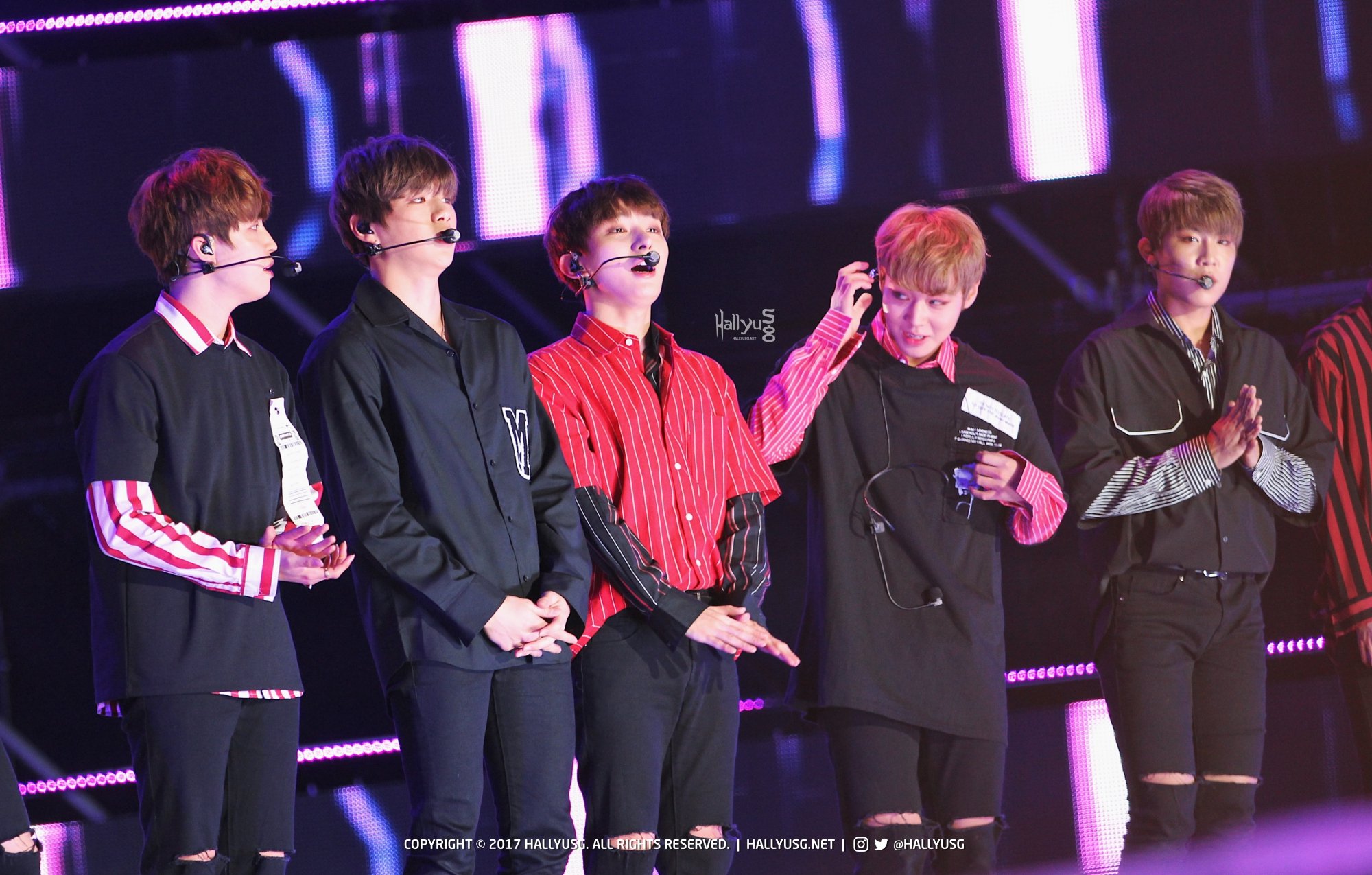 Adding on to the excitement of fans, Jisung also shared about their upcoming second album which will be dropping in November, revealing that good music are in store for their comeback. 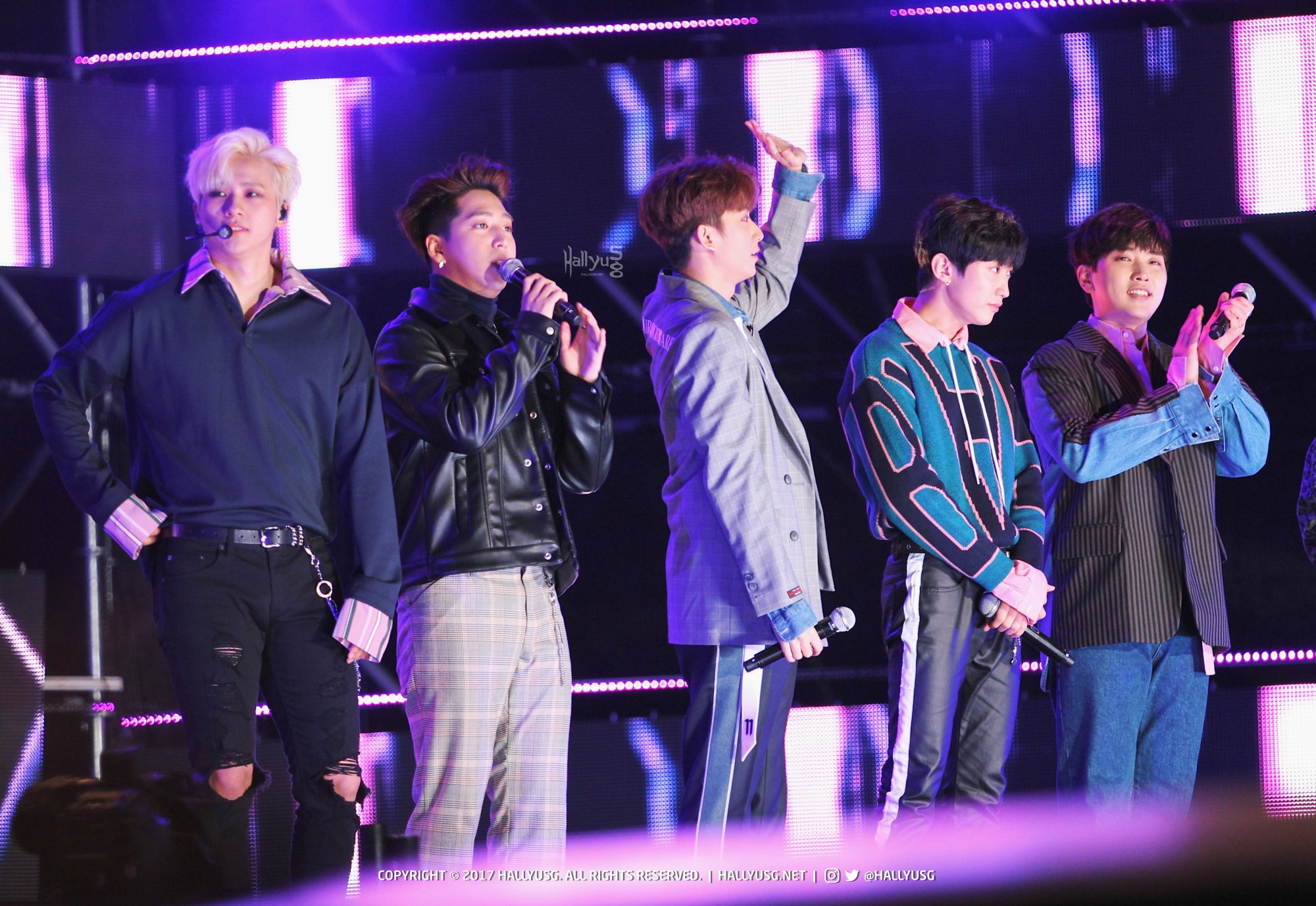 The finale K-pop act of the night, B1A4 greeted fans with a series of classic hits such as ‘What’s Happening’, ‘A Lie’, as well as their latest comeback track ‘Rollin’’. 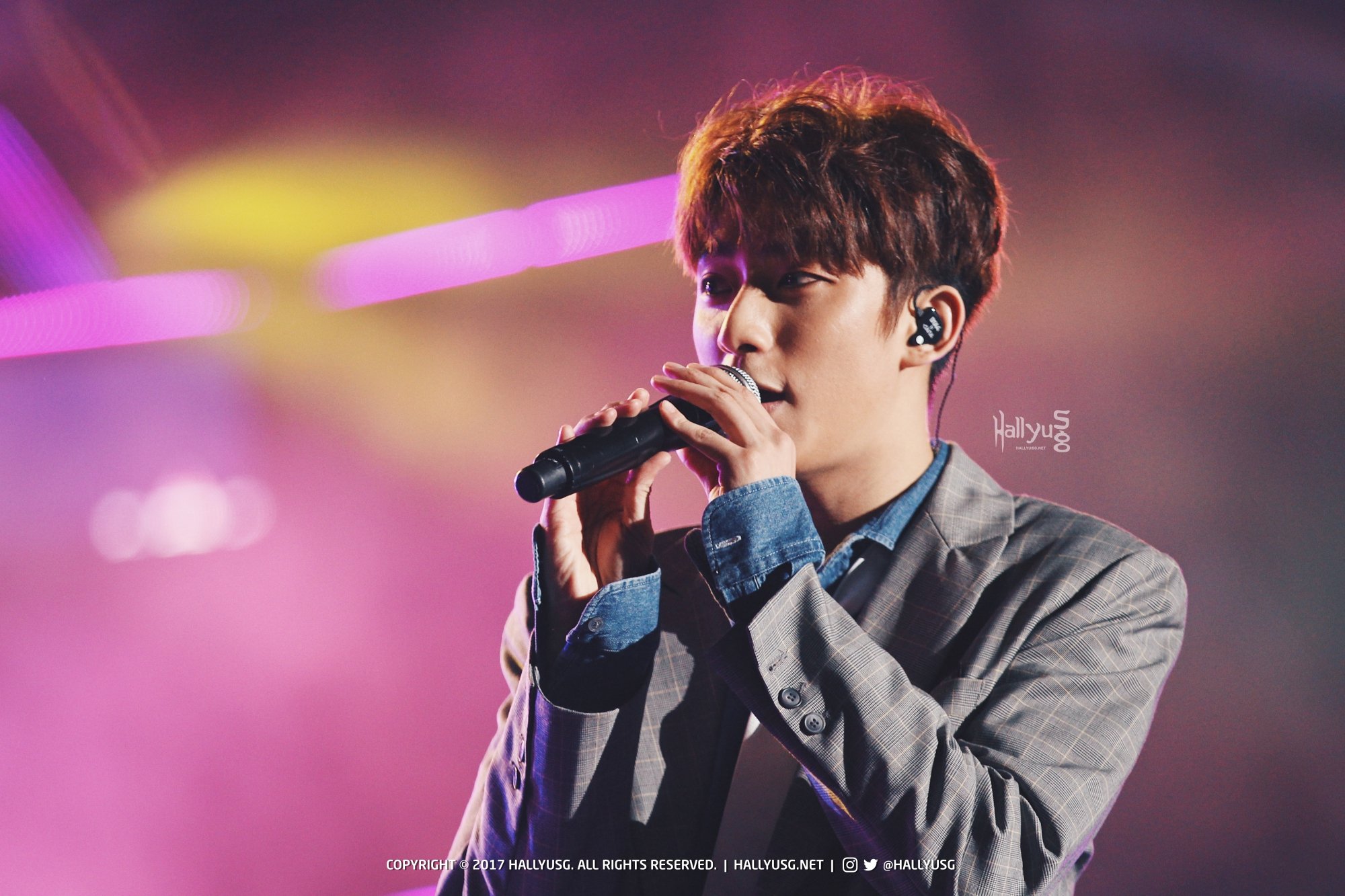 The concert rounded up on a high note as the boys went out to the extended stage to perform ‘Baby Good Night’, bidding their sweet farewells to the fans before exiting the stage.

It was truly an eye-opening experience attending a large-scale concert at a relatively quiet city away from Seoul. Though traveling to Gangjin did took up some time in the day, there are also other sightseeing activities to enjoy in the town besides the concert, and we took this opportunity to learn more about what Gangjin has got to offer.

Will we ever travel that far again to catch our favorite idols or a K-pop concert? I think it would be a definite yes!

[COVER] Meet The Hero Of Saimdang, Song Seung Heon, In The Upcoming Drama!