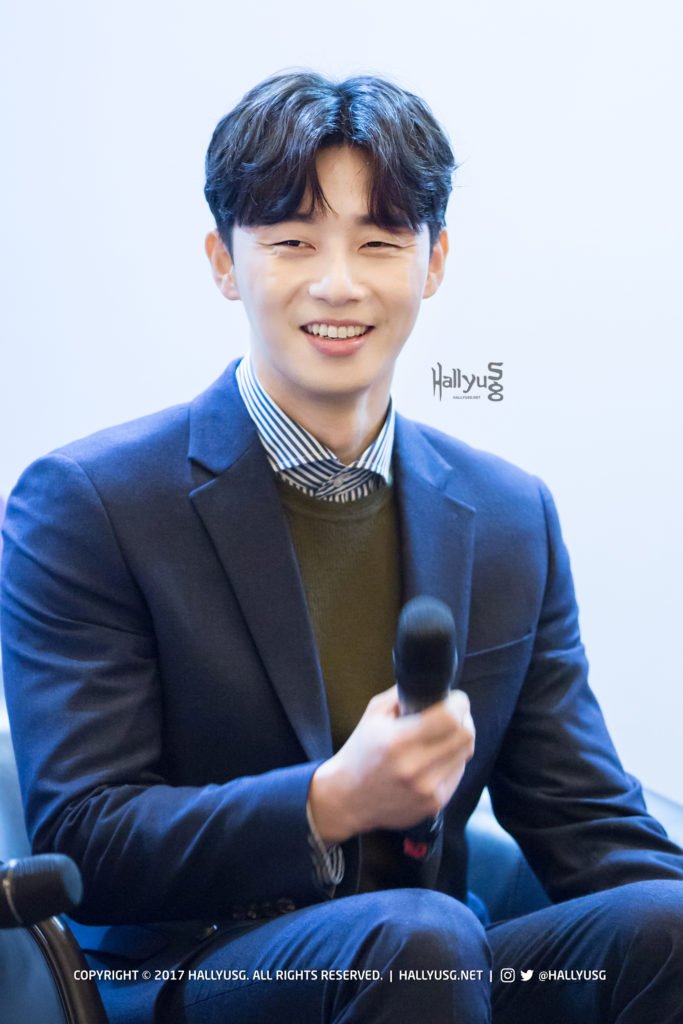 Actor Park Seo Jun was in town for the first time last week for the Singapore stop of his “Guess Who?” Asia Fan Meeting Tour which was held on 4 November. Fans in Singapore have waited a long time for the actor to visit. His roles in highly successful dramas such as She Was Pretty (2015), Kill Me Heal Me (2015) and Fight For My Way (2017) shot the actor to stardom and earned him the title of “Nation’s Boyfriend”.

A day prior to the fan meeting, a press conference was held for Park Seo Jun to meet with local media where he shared about his latest film Midnight Runners (2017) and had the opportunity to also try some local fare here.

When asked about the filming of Midnight Runners, Park revealed, “I did not face much pressure as I am the type to try and enjoy myself (during filming)”. He also discussed about the close relationship he shares with fellow actors Kang Ha Neul and Lee Kwang Soo, whom he acted alongside in the movie and Hwarang: The Poet Warrior Youth (2016-2017), respectively. 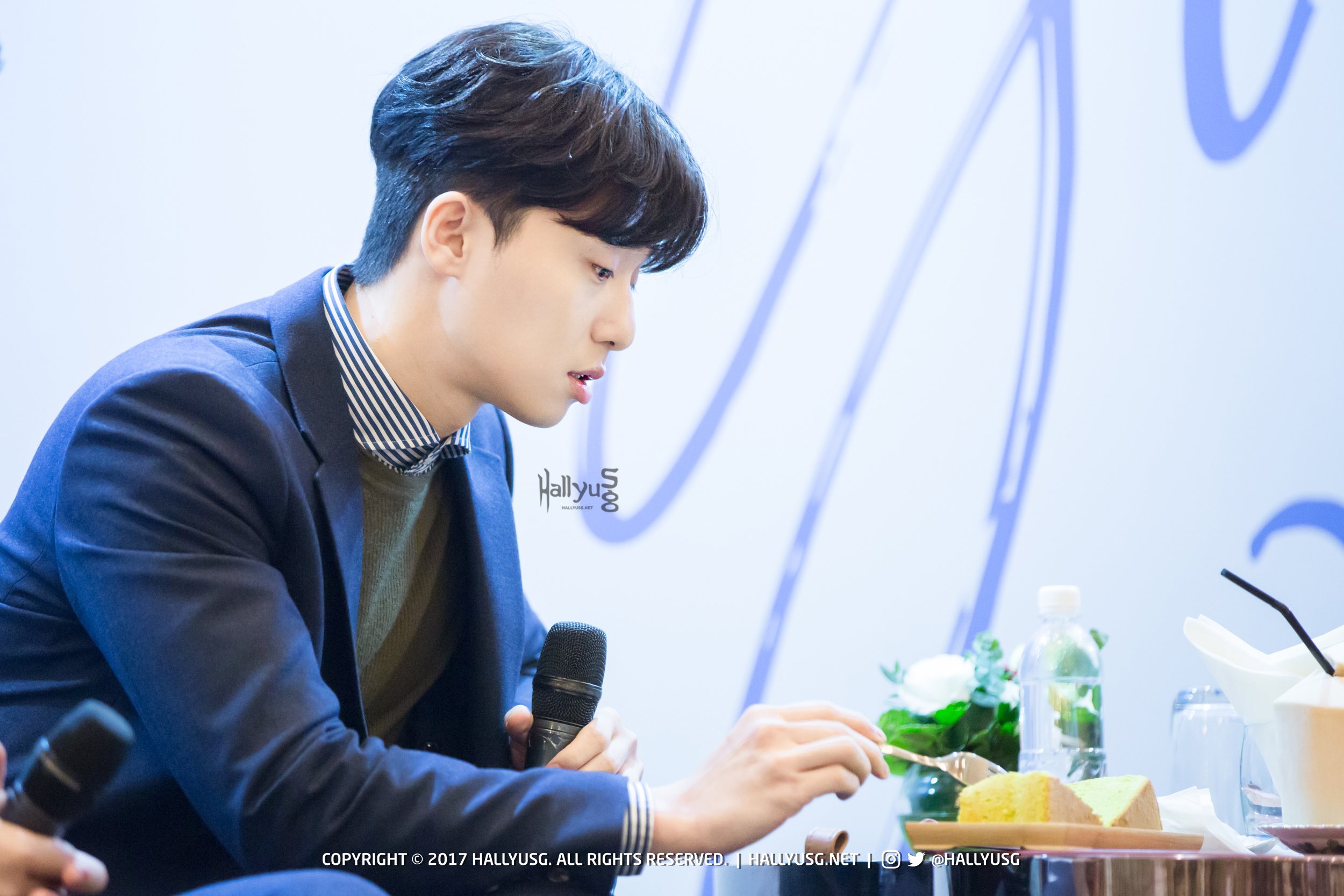 The actor also tried some Singapore favourites including pandan cake, which he really liked, and coconut juice, which he drinks quite regularly back in Korea. “(Coconut juice) is an excellent hangover cure!”, he chuckled. 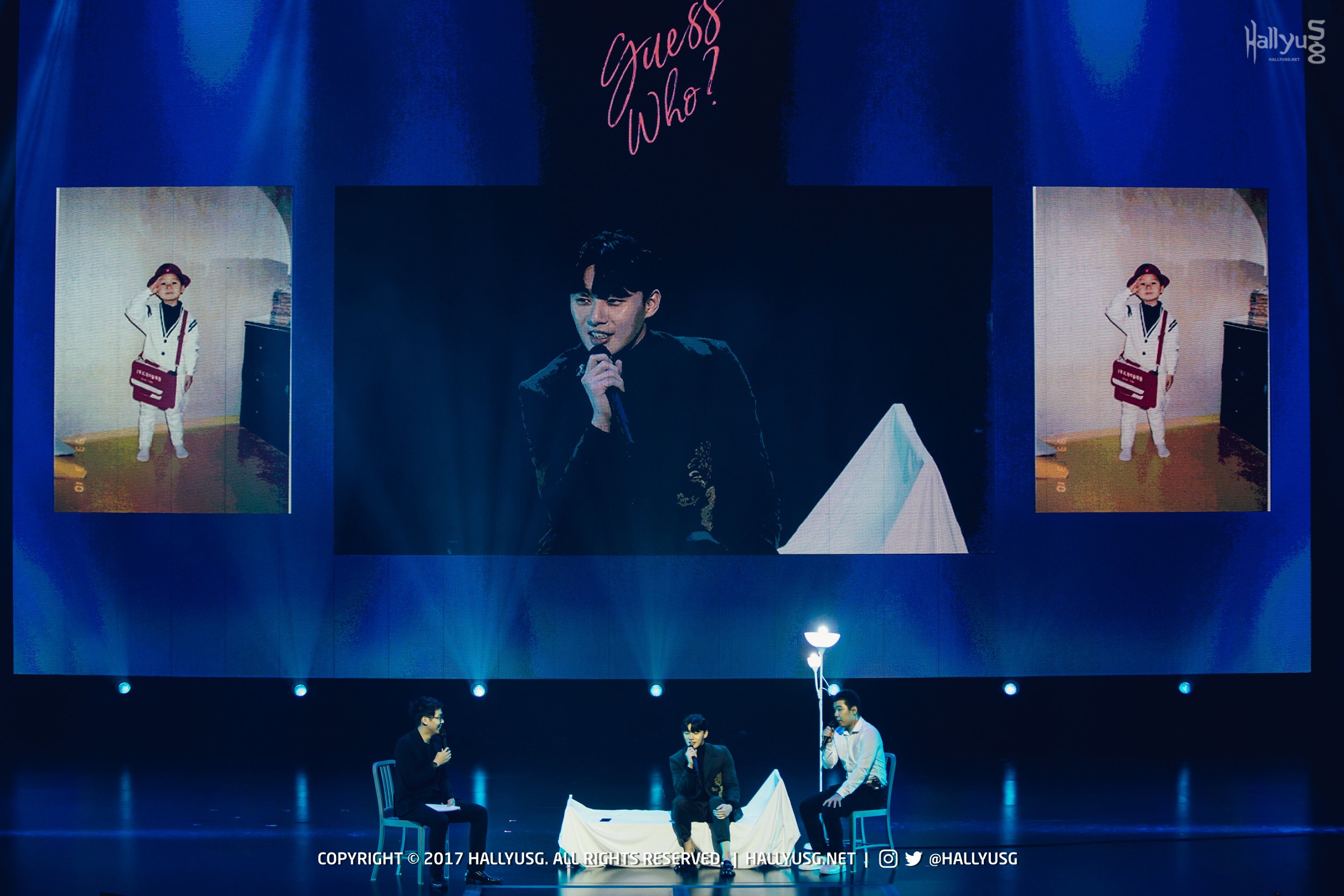 During the fan meeting, Park Seo Jun showed fans some photos from his childhood and army days, giving them a glimpse into his life before he became an actor. When he was sharing about his time in the Korean army, he was asked how good he thinks he looks in uniform, and the actor cheekily gave himself 500 out of 100 points! 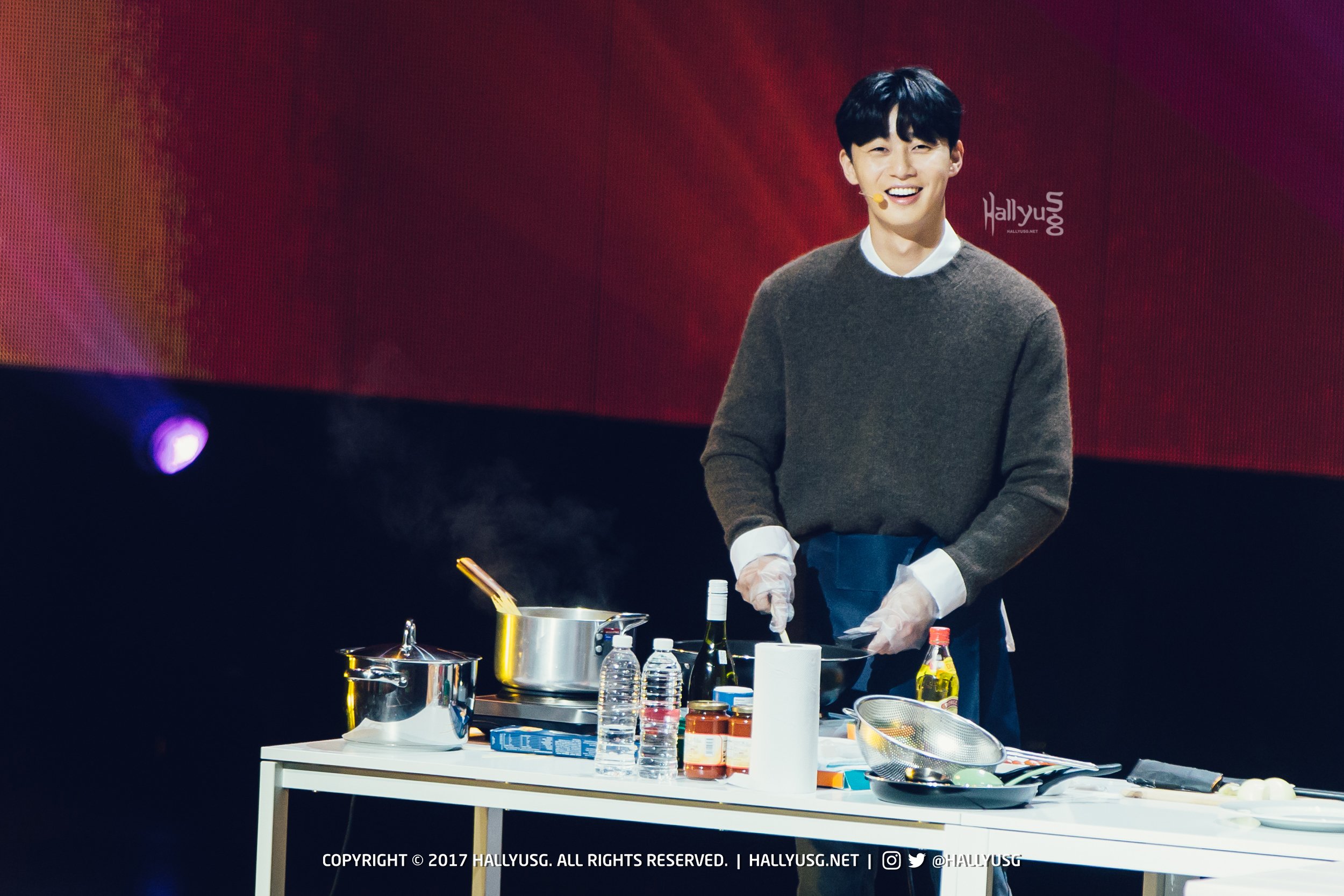 Fans were in for a real treat as the actor showed that besides acting, he is also talented in cooking and singing! He prepared tomato pasta for two lucky fans and also showcased his vocal talent through two songs: “Girl” from the Reply 1988 OST and “Come Into My Heart” from the Witch’s Romance OST, the latter being a drama that he starred in 2014. 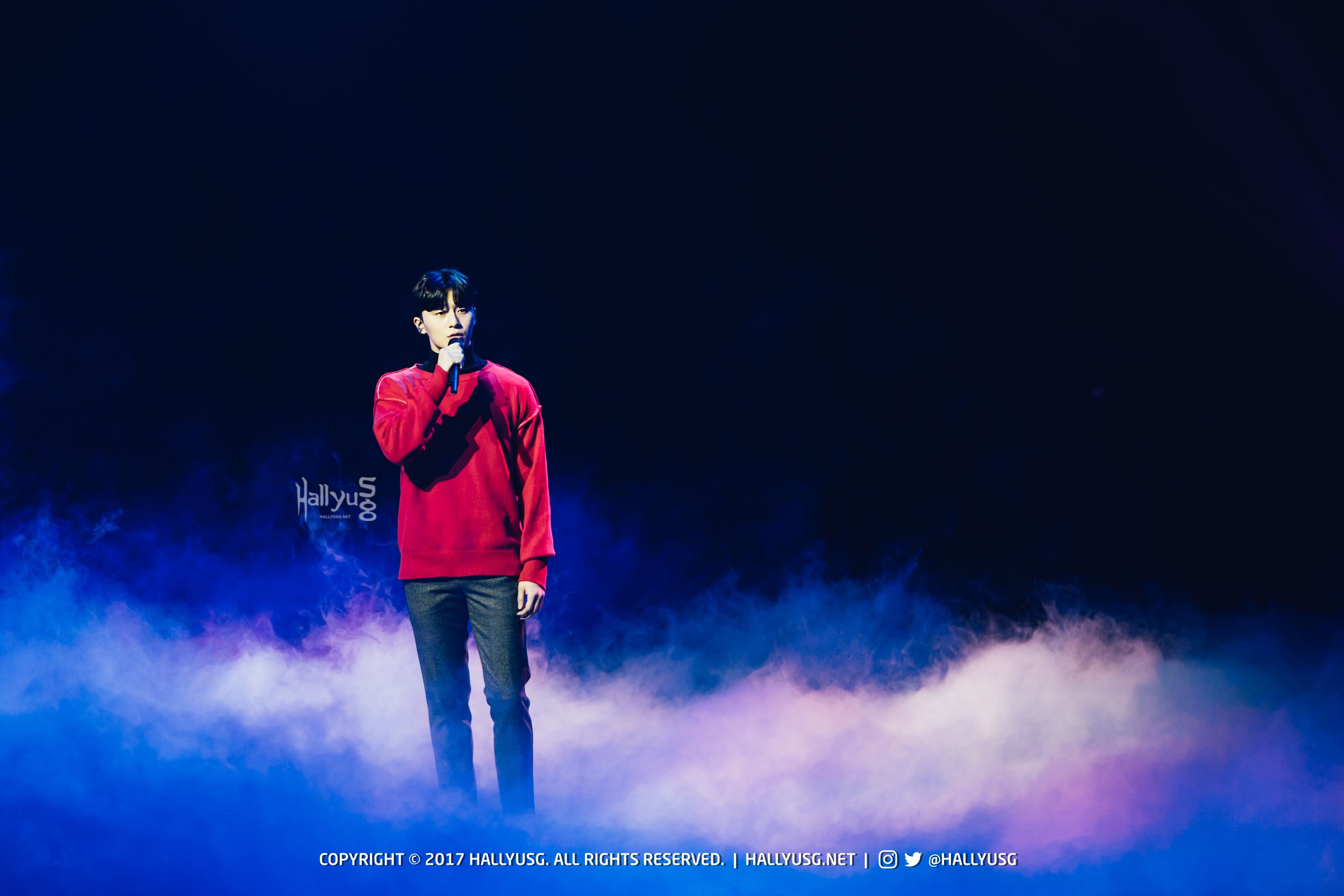 Park was constantly interacting with the crowd actively and was on all smiles throughout the fan meeting, leaving fans captivated by his playful charms and warm smile.

Fans expressed their anticipation of his next project, and Park said that he is currently looking through different scripts and revealed that we should be able to look forward to it early next year. 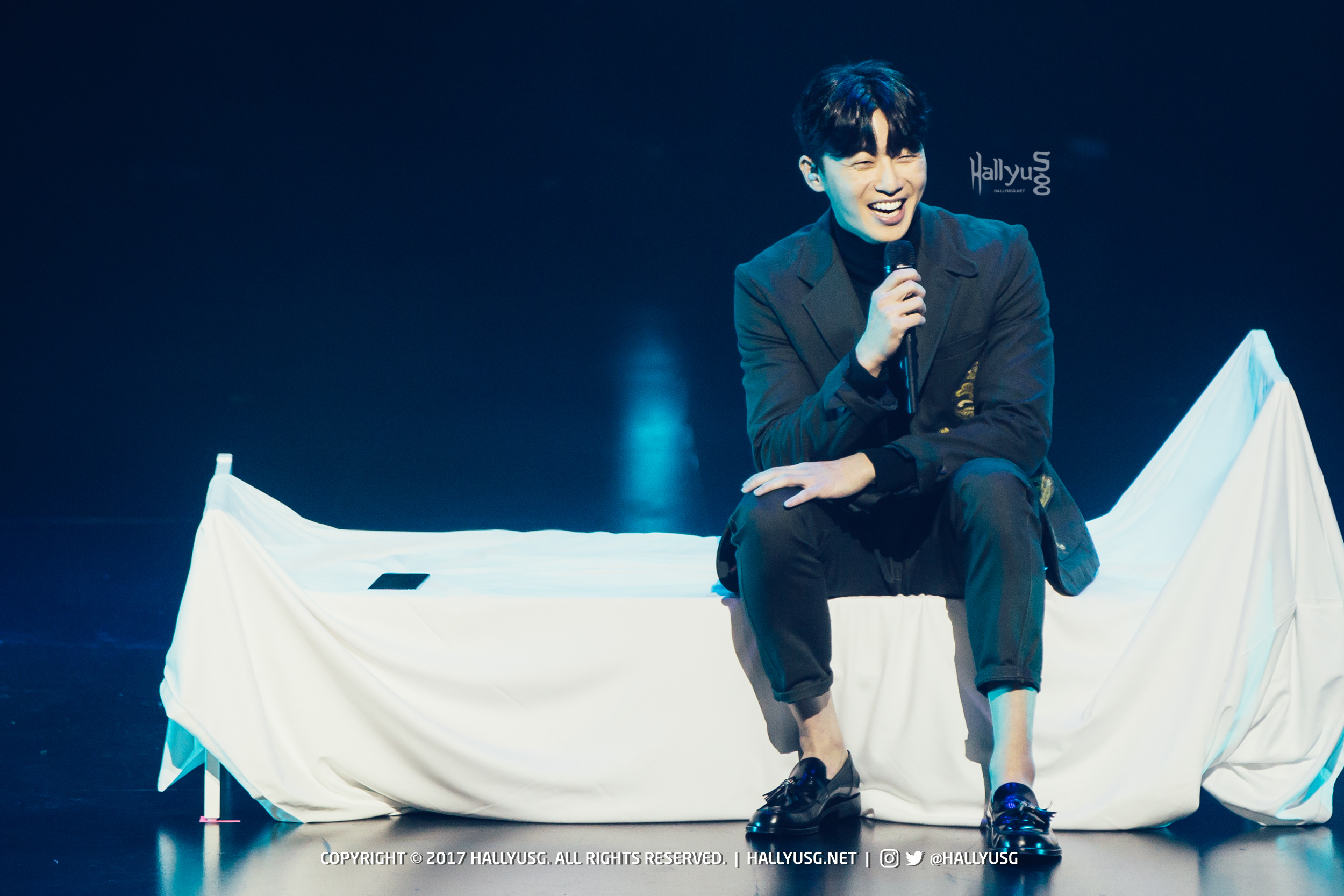 As the fan meeting was coming to an end, Park Seo Jun sincerely conveyed his gratitude and revealed that he’d gained a lot of strength and energy that night. The actor also added that he would love to visit Singapore again in the near future, bringing the fan meeting to a sweet closure.

2017 Park Seo Jun “Guess Who” in Singapore was organised by UnUsUaL Entertainment and covered by HallyuSG. Stand to WIN autographed posters by the actor HERE!