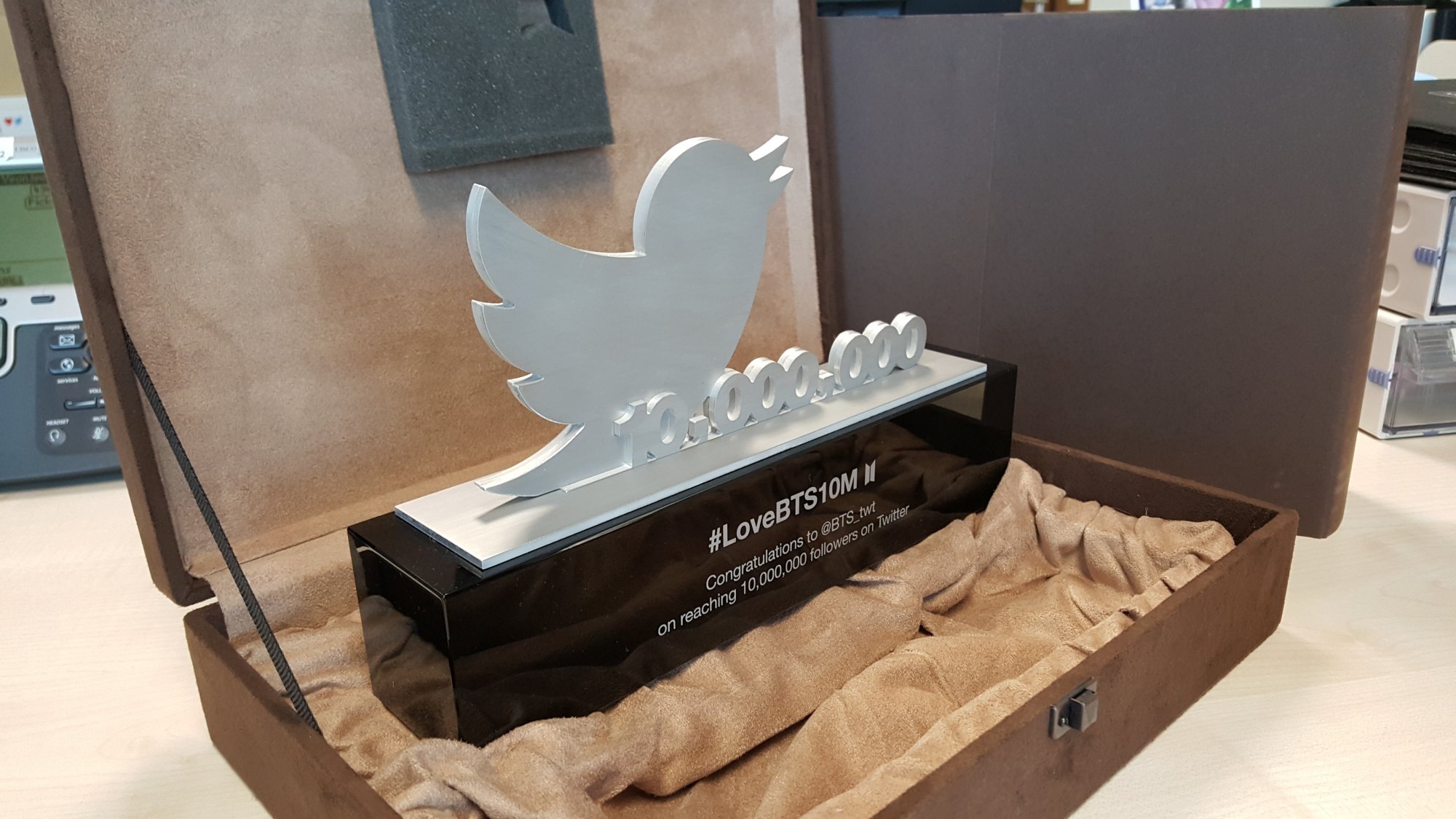 BTS (@BTS_twt) has hit another milestone today after a journey filled with Blood, Sweat & Tears! Achieving more than 10 million followers on Twitter, BTS is now the most popular K-pop artist as well as the most followed Korean account on Twitter.

This incredible record was achieved in just 1,793 days after they posted their first Tweet on 17 December 2012.

Fast forward 1,793 days later, the K-pop group is now celebrating this milestone with fans from all over the world as Twitter has launched a special emoji that will be activated when fans Tweet with the #LoveBTS10M hashtag. The emoji is inspired by the official fan community army’s logo — one that aims to bring BTS and the loyal BTS Army together.

Here are 3 interesting facts about BTS (@BTS_twt) on Twitter since 17 December 2012:

As of 13 November 2017, the most Retweeted Tweet of all time is none other than this hilarious clip of Jungkook getting teased by his hyungs! (see below Tweet)

#LoveBTS10M hashtag trended worldwide on Twitter right after the special emoji was launched. Congratulations to BTS and let’s celebrate this glory with them by joining in the hashtag trend too!