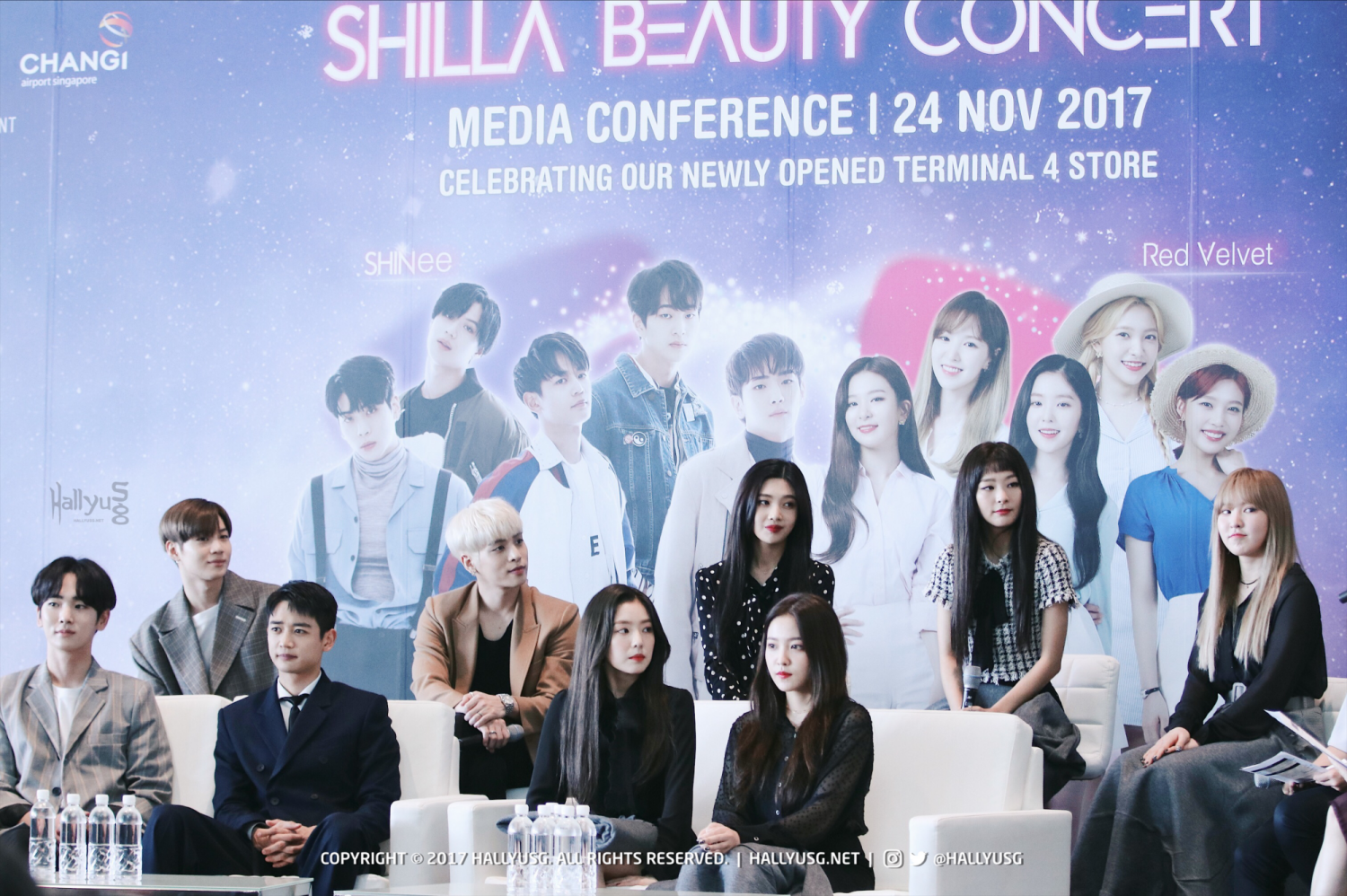 Three months after their last visit in Singapore for Music Bank World Tour, SHINee and Red Velvet made a return recently for the Shilla Beauty Concert which was held to celebrate the launch of The Shilla Duty Free’s new store at Singapore Changi Airport Terminal 4 (T4).

Prior to the concert, both groups made a public appearance at T4 for an open press conference and expressed their excitement to be back in Singapore. 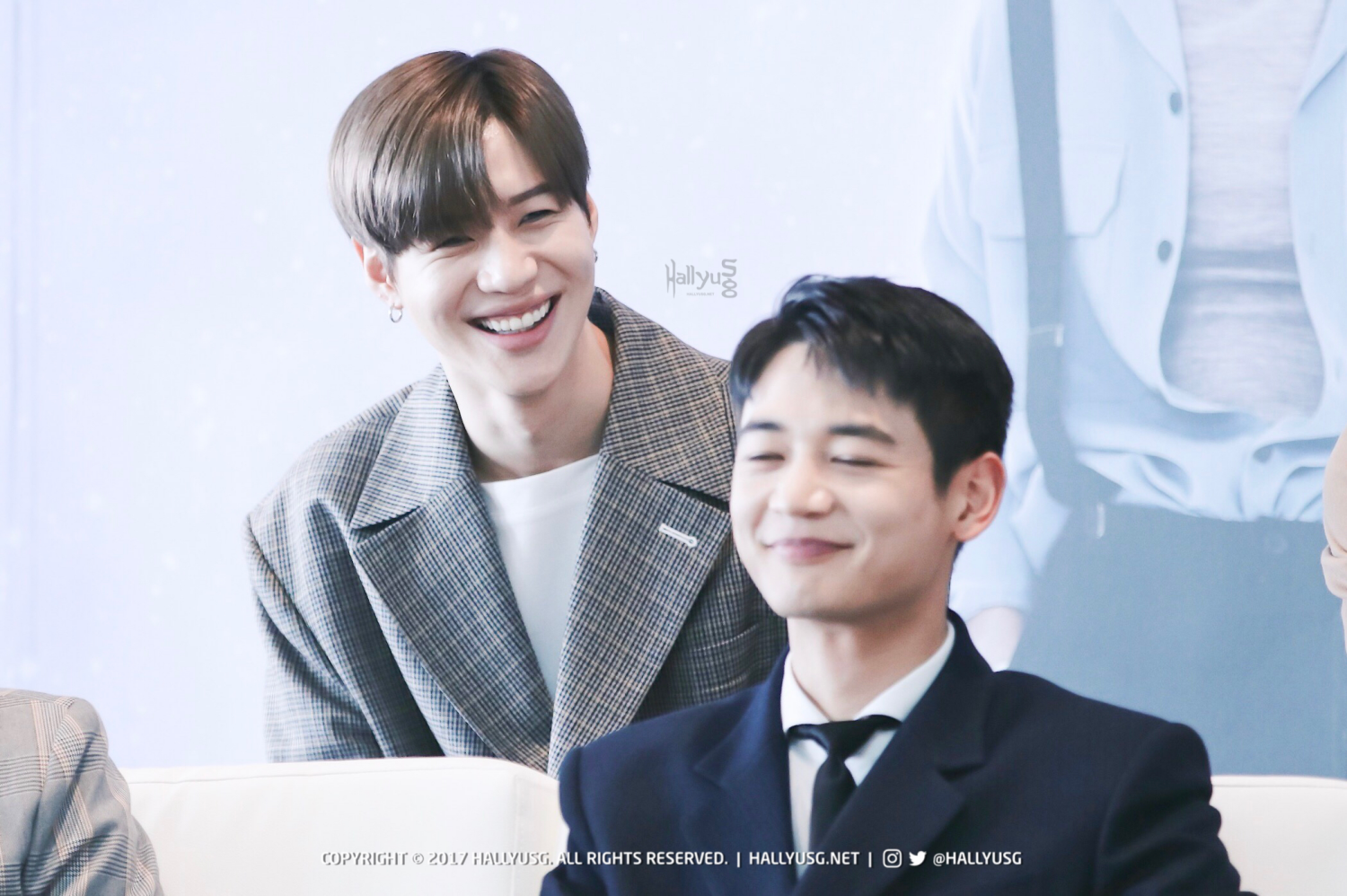 As frequent travellers, SHINee revealed that skincare products and health supplements are some of the essential items that they would pack in their luggage when traveling abroad. The members also shared some of their simple skincare tips, such as applying sunscreen lotion and CC cream for enhanced coverage. 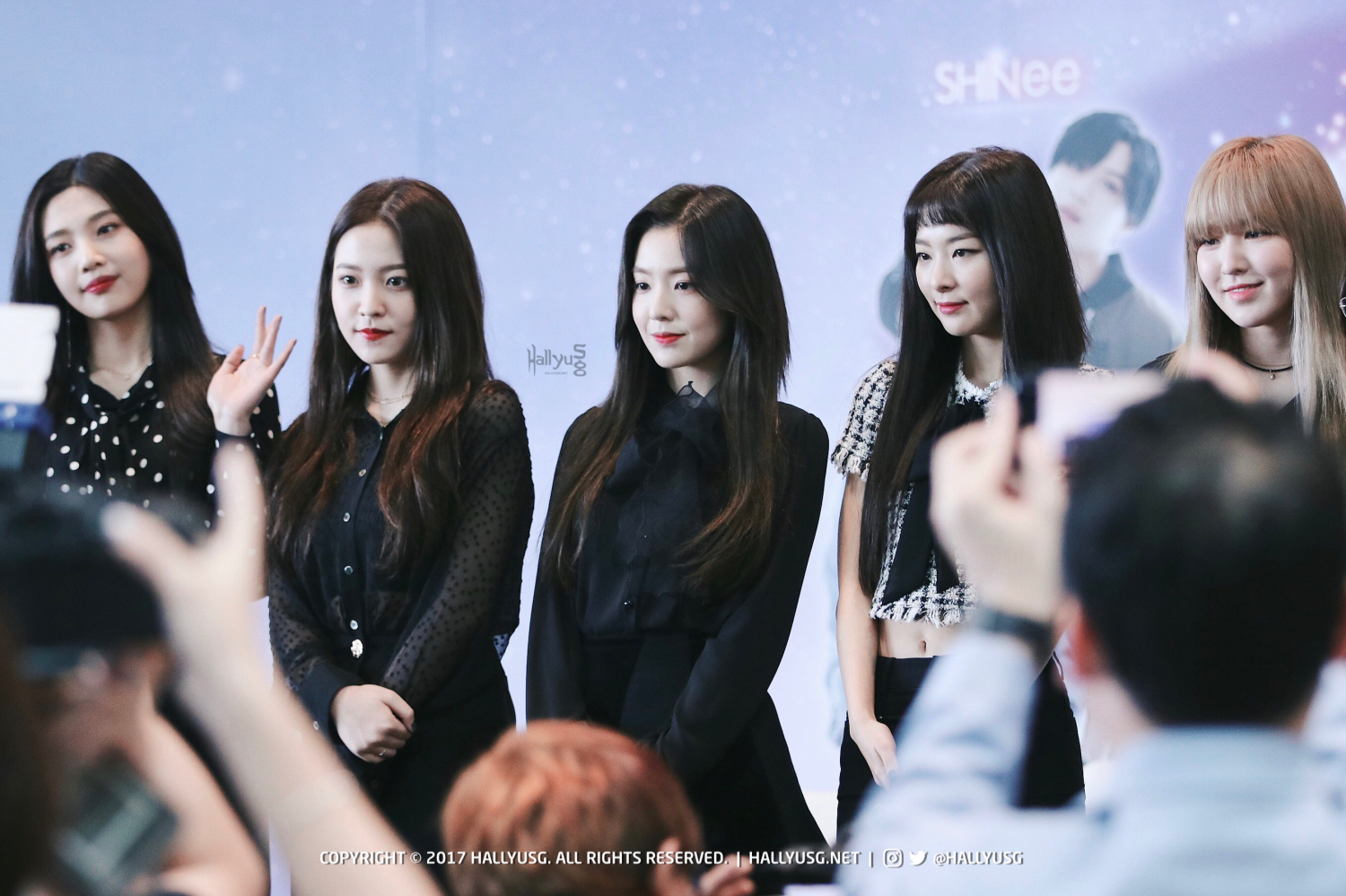 On the other hand, as the beauty guru of Red Velvet, Joy shared some of her personal beauty tips such as keeping a positive attitude and using face masks in the morning to reduce the puffiness of the face.

Seulgi added that cleansing is very important as they usually wear heavy makeup on-stage while Yeri pointed out that eating a lot of delicious and healthy food is also an important factor to their lifestyle. 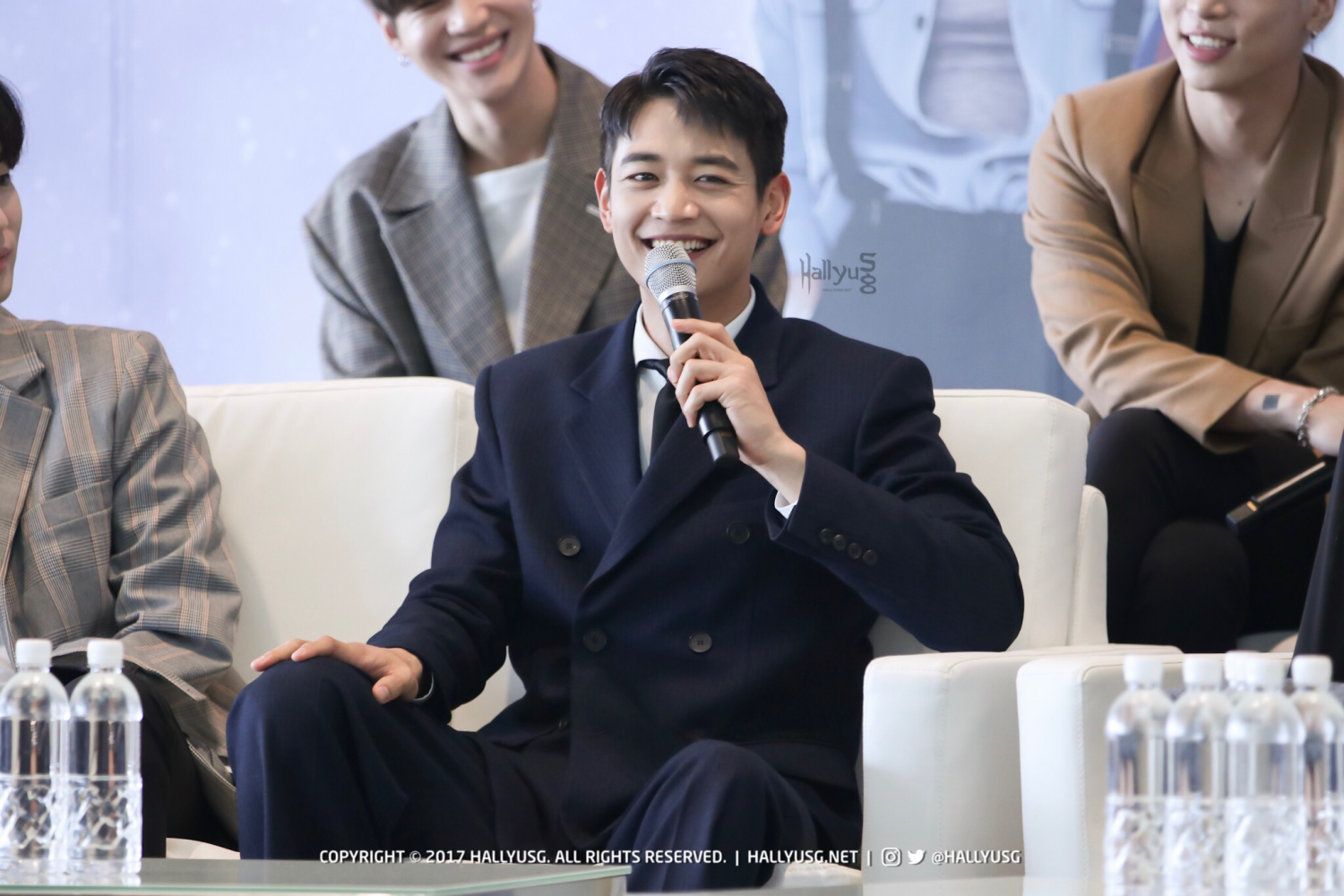 With SHINee’s 10th anniversary coming up in 2018, the members were asked to pick their favourite song out of all their releases since debut.

While the boy band is well-known for their classic hit tracks such as ‘Ring Ding Dong’, ‘Lucifer’, ‘Sherlock’, ‘Everybody’ and more, the members unanimously chose their debut song ‘Replay‘ as one of their favourites, explaining that it is a song that represents SHINee the most. 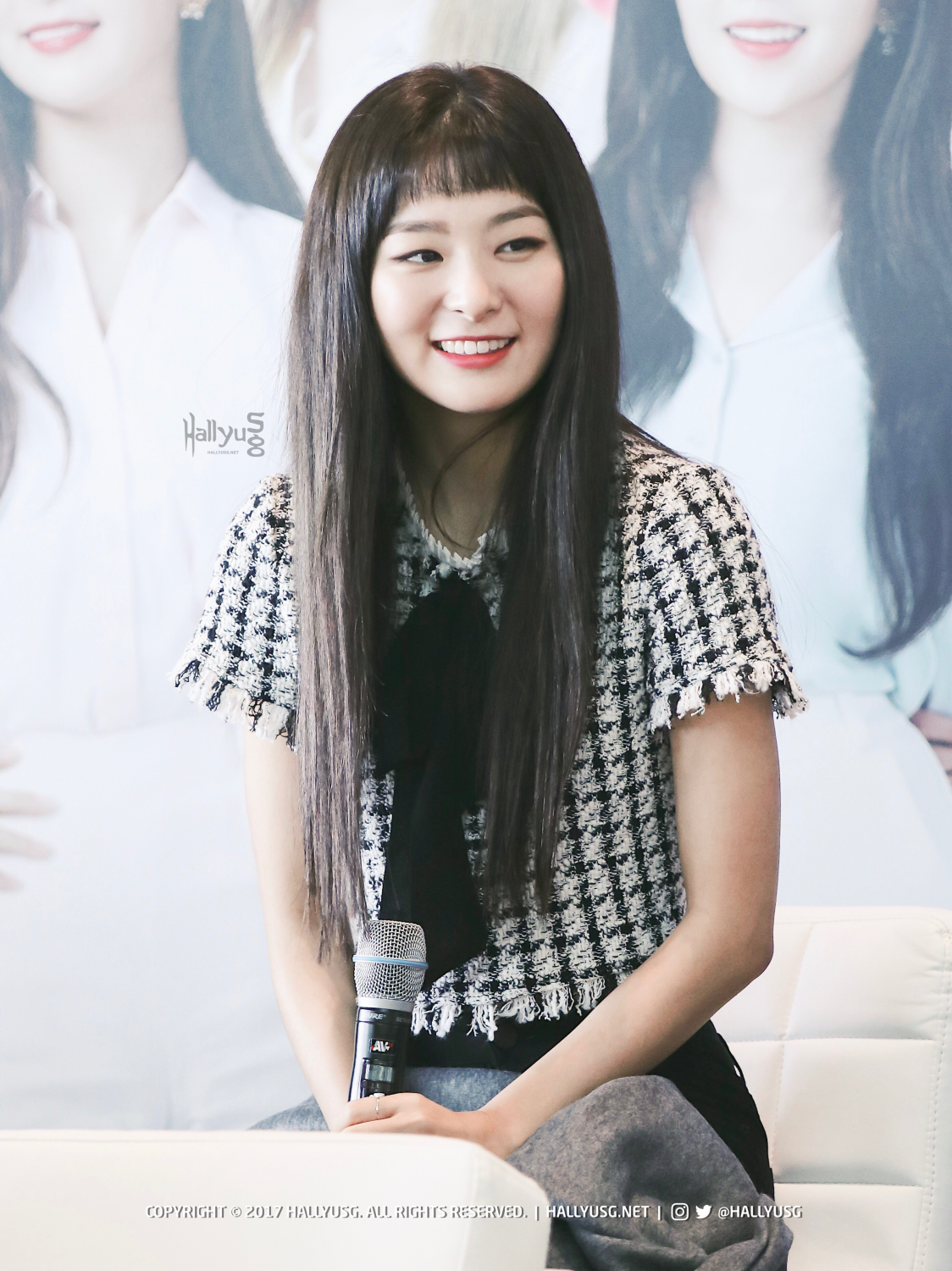 Red Velvet, who is receiving an exploding popularity from their latest track ‘Peek-A-Boo’, answered a question about supernatural powers they would like to possess.

“I wish I could possess the power of teleportation so that I could come to Singapore in a blink of an eye to meet our Singapore fans!” – Seulgi

The members further added that ReVeluvs are their source of happiness and also expressed their interest to hold a solo concert in Singapore next year.

On the same evening, the Shilla Beauty Concert kicked off with a special opening session by singer Eddy Kim, who mesmerised the crowd with his soothing ballads such as ‘Apologize‘, ‘2 Years Apart‘ and ‘You Are So Beautiful‘.

Red Velvet then took the stage and performed a series of their hit songs such as ‘Dumb Dumb‘, ‘Russian Roulette‘,  ‘Rookie‘ and ‘Red Flavor‘. Singapore fans were also lucky enough to catch the girls perform their latest hit track, ‘Peek-A-Boo‘, which dominated the music charts upon its release.

Finally, SHINee took over the stage and brought the concert to a new high with ‘View‘ before moving on to serenade the crowd with ‘Aside‘, ‘Don’t Let Me Go‘ and ‘Encore‘. Despite the presence of only 4 members, cheers and fan-chants from Shawols were still as passionate and enthusiastic. The boys then wrapped up with encore stages of ‘Beautiful‘ and ‘1 of 1‘, drawing the concert to a sweet closure.

Did you attend the Shilla Beauty Concert? What were your favourite moments for each act? 🙂

Shilla Beauty Concert in Singapore was organised by The Shilla Duty Free & Singapore Changi Airport and covered by HallyuSG.