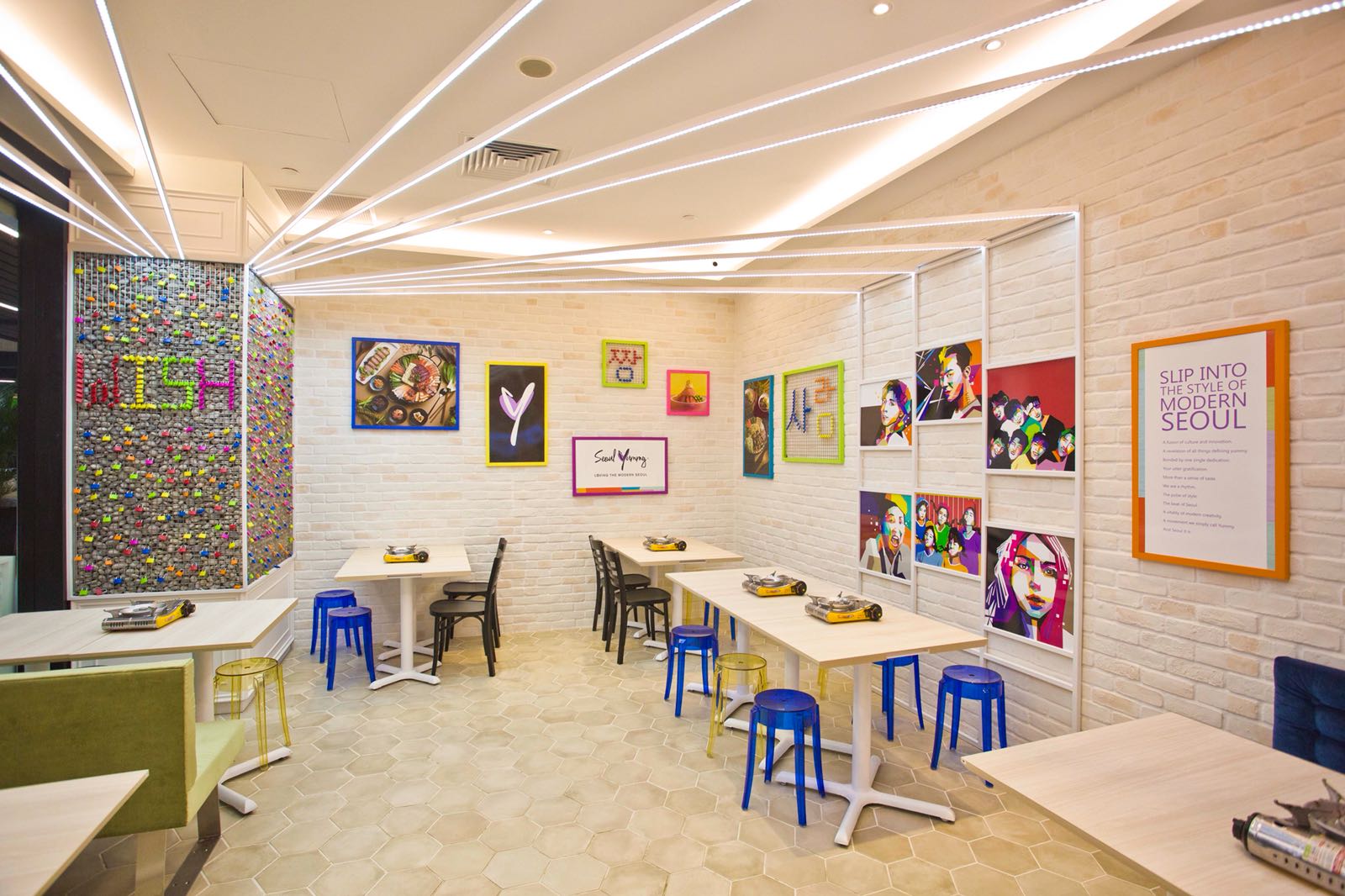 Seoul Yummy recently introduced a special menu to join in the festivities for the upcoming Lunar New Year, featuring traditional CNY favourites in Korean style, something we would least expect to see in Korean restaurants.

Combining both Chinese and Korean flavours, they came up with the idea of serving Yu Sheng and Pen Cai stew in their outlets, bringing about a creative spin for this festive occasion while not losing the authenticity of both dishes.

Traditionally, it is a local Chinese custom to celebrate Chinese New Year by tossing the Yu Sheng (or Lo-Hei) for prosperity and auspicious reasons. At Seoul Yummy, you can find the Wang Wang Yu Sheng ($28.80) featuring their homemade Kimchi slices as well as seasoned Korean cucumbers and beansprouts besides the usual common ingredients. The Yu Sheng is then topped with fresh Salmon slices and various seasonings to complete the dish.

Unlike the Yu Sheng platters that we had every year, this tasted more refreshing and light. Surprisingly the Kimchi slices complement the prosperity salad perfectly, making it a really good combination with the mixed ingredients. However, we’d recommend less sweet plum sauce to be mixed together for a more delicious taste.

The main highlight (in our opinion) goes to the hearty Korean Pen Cai Stew ($88.80) filled with an abundance of seafood delicacies and meat. Essentially, ingredients such as braised seafood, roast meat cuts and stewed vegetables are included in the traditional treasure pot, enhanced with a rich soup base.

Something special about the stew is that diners are allowed to choose between the classic army stew soup base or the nourishing chicken soup base. For those who prefers a spicier option, you can opt for the army stew soup base. However we had the latter one because it sounds healthier and tastier, which eventually didn’t disappoint!

The chicken soup base is flavourful, not as rich as Samgyetang (Korean Ginseng Chicken Soup) but still praiseworthy for its taste. The broth actually tasted quite nutritious on its own so we couldn’t help getting more servings.

Seoul Yummy is offering this limited-time CNY menu at all their outlets from now till 28 February 2018, available for both dine-in and takeaway. They currently have 8 outlets in Singapore at the following locations: Bugis+, Causeway Point, ION Orchard, JEM, Junction 8, Square 2, The Central, and SingPost Centre.

Good news is, if you are a ticket holder of the upcoming SUPER JUNIOR WORLD TOUR “SUPER SHOW 7” in SINGAPORE, you will be entitled to a special 10% discount off your total bill when you flash your concert ticket stub at any outlet from now till 27 January 2018. 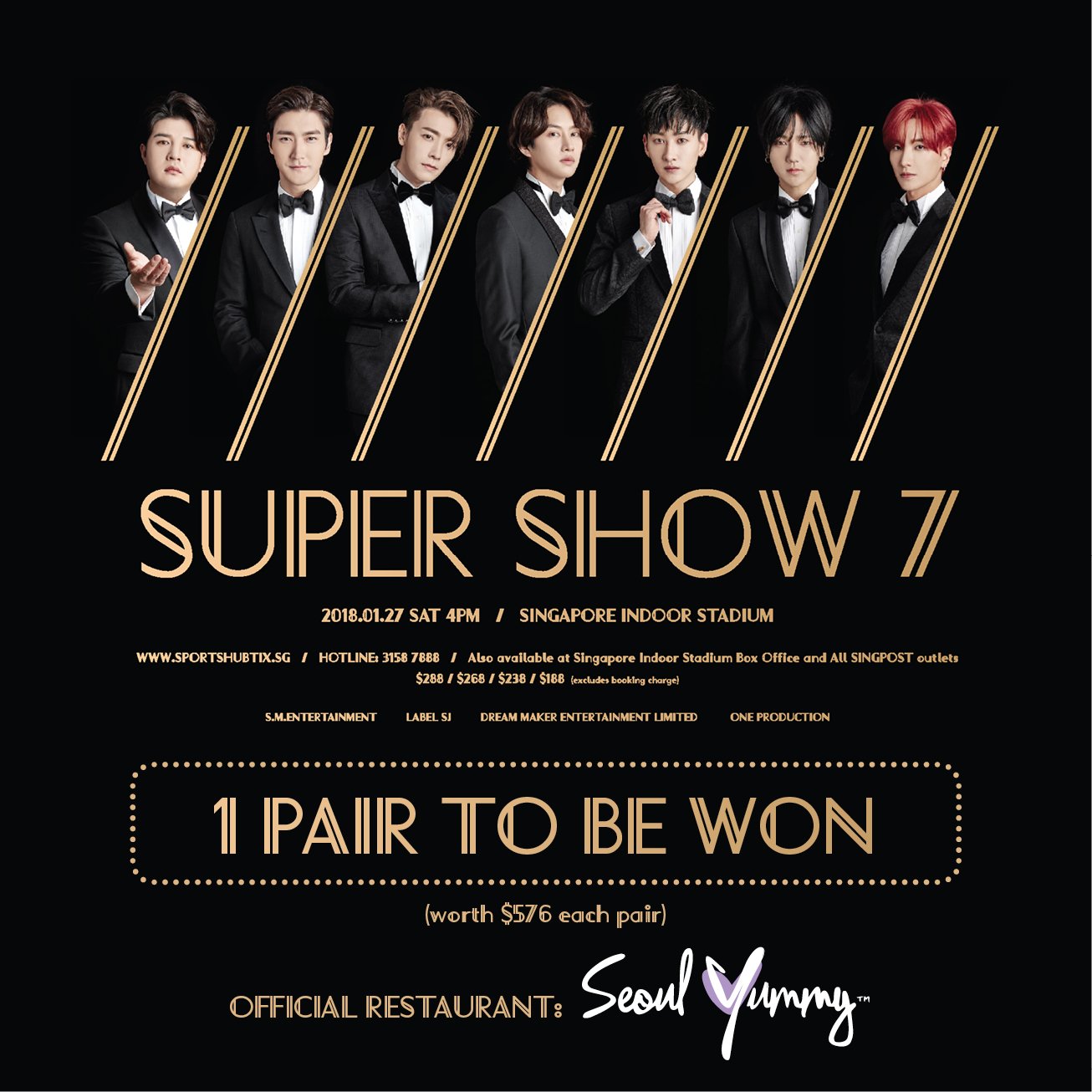 Meanwhile, we are also sending ONE lucky fan (with a friend) to SUPER SHOW 7 in SINGAPORE happening on 27 Jan! Be sure to follow us on Instagram for the contest details!

Disclaimer: All reviews reflect our own personal preference. Giveaway is sponsored by Seoul Yummy, the official restaurant for SUPER JUNIOR WORLD TOUR “SUPER SHOW 7” in SINGAPORE.

ALSO READ: Check out our Past Review of Seoul Yummy’s Relaunched Menu

Do you ‘dare’ to try this Hot-Noodles Inspired Makeup launched by Samyang?

[K-FOOD] Yes, we made our own Kimchi and you can too!