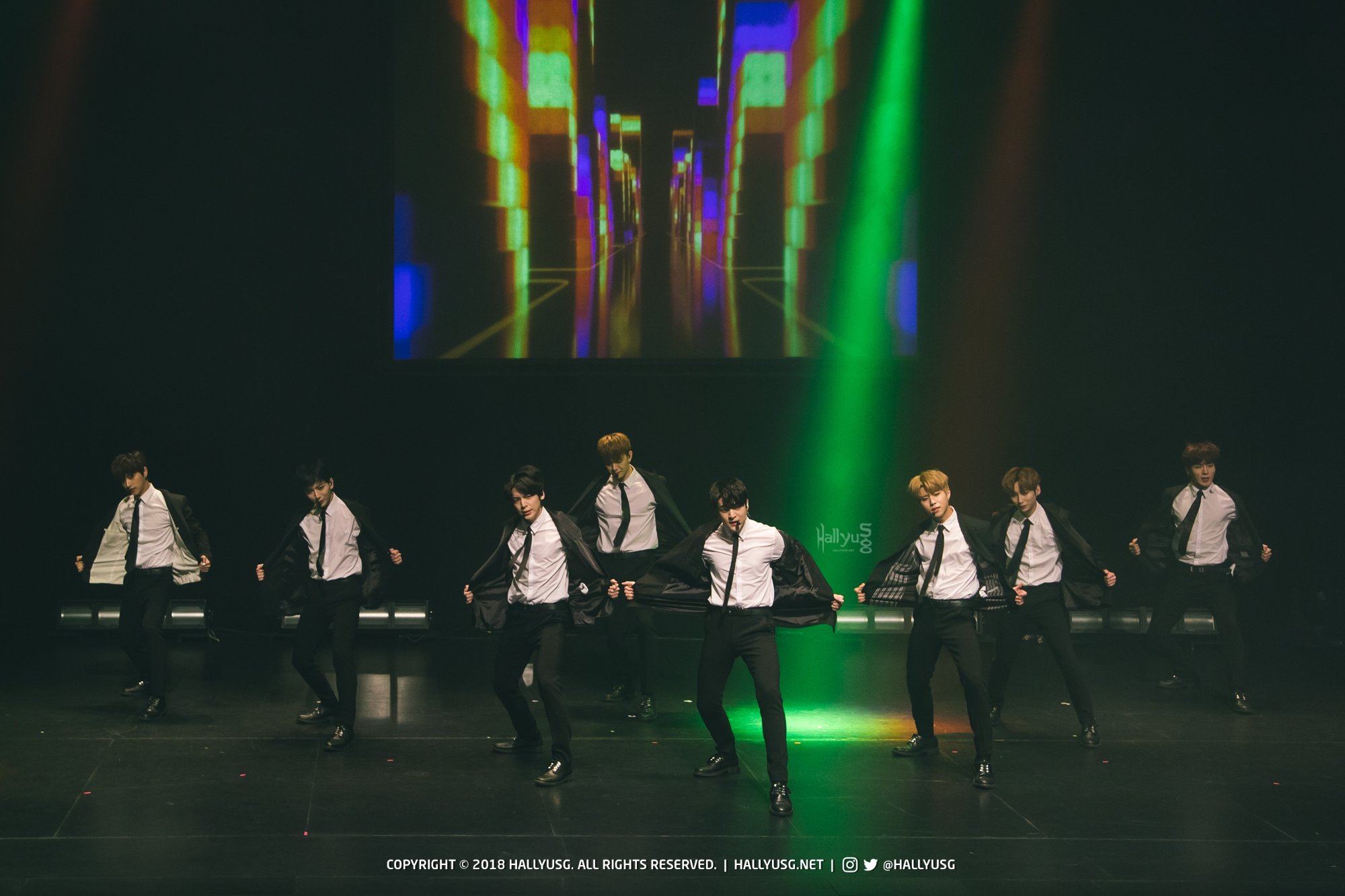 Korean rookie boy band IN2IT kicked off their first ever Asia showcase in Singapore on 2 February, belting out exhilarating and fan-favourite performances during the show such as ‘Cadillac‘ and ‘Amazing‘ from their 1st mini album. 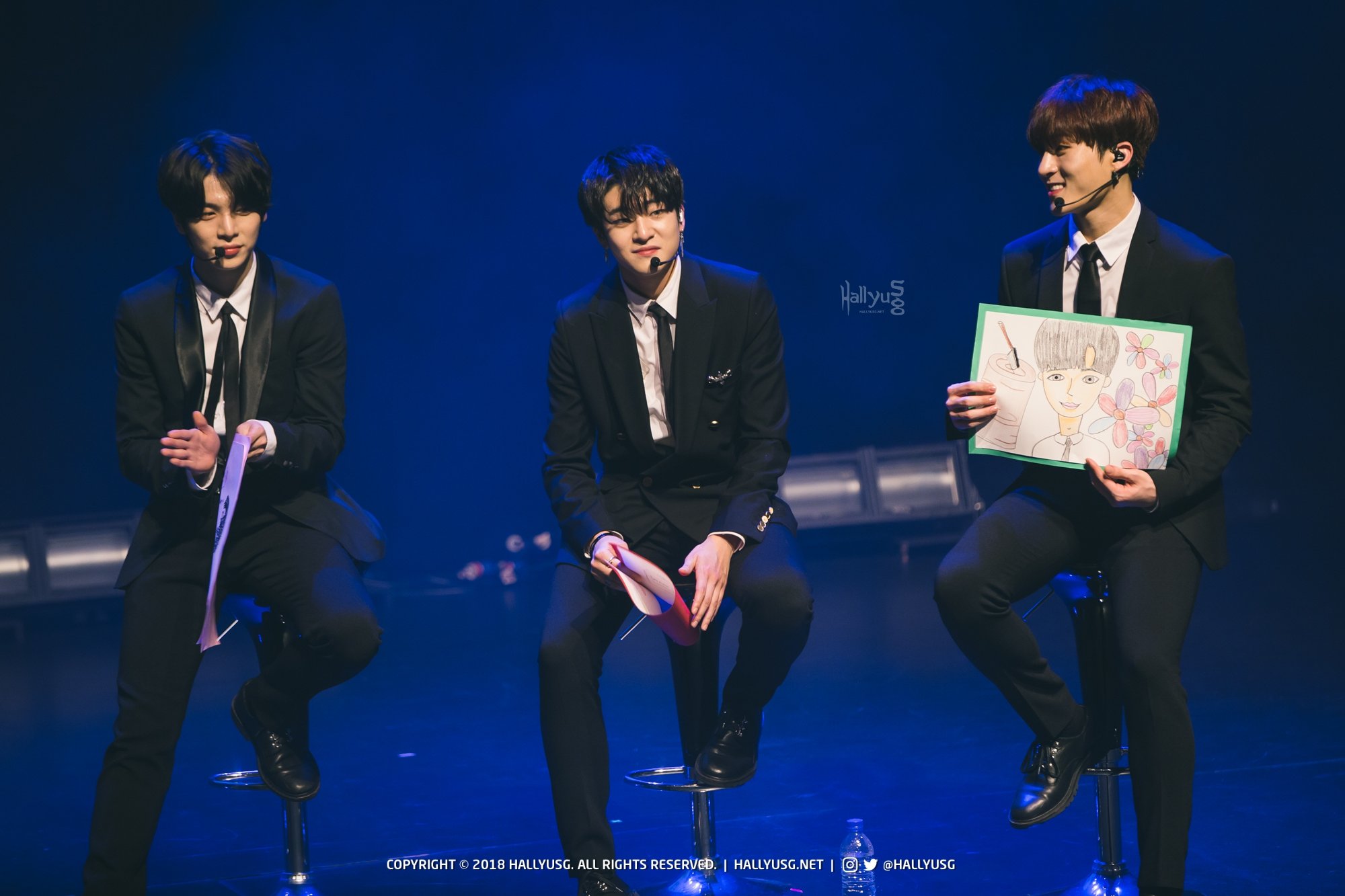 Displaying their close friendship in the group, the members took turns to show off the portraits they’ve drew of one another, creating a heartwarming atmosphere during the intimate session.

Fans were also treated to solo and unit performances, such as Yeontae’s first OST track  ‘My Way (내 멋대로)‘ from K-drama “Revolutionary Love”, a soulful cover of Adele’s ‘When We Were Young‘ by Inho, and a powerful dance cover of Sunmi’s ‘Gashina‘ by Inpyo. 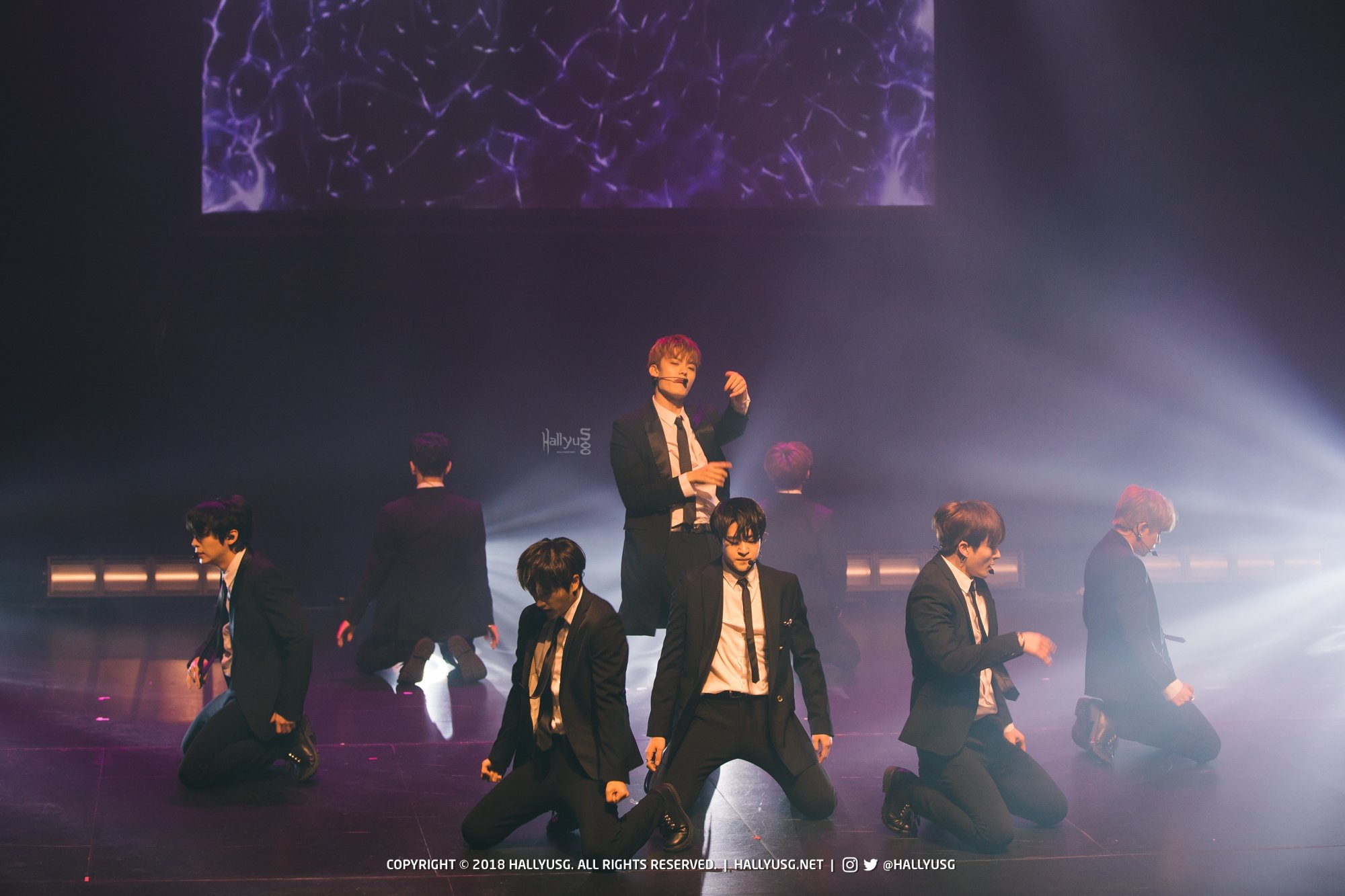 The members continued to impress with amazing K-pop covers such as SEVENTEEN’s ‘Clap‘, BTS’ ‘Mic Drop‘ and EXO’s ‘The Eve‘, showing their versatility in various dance genres. 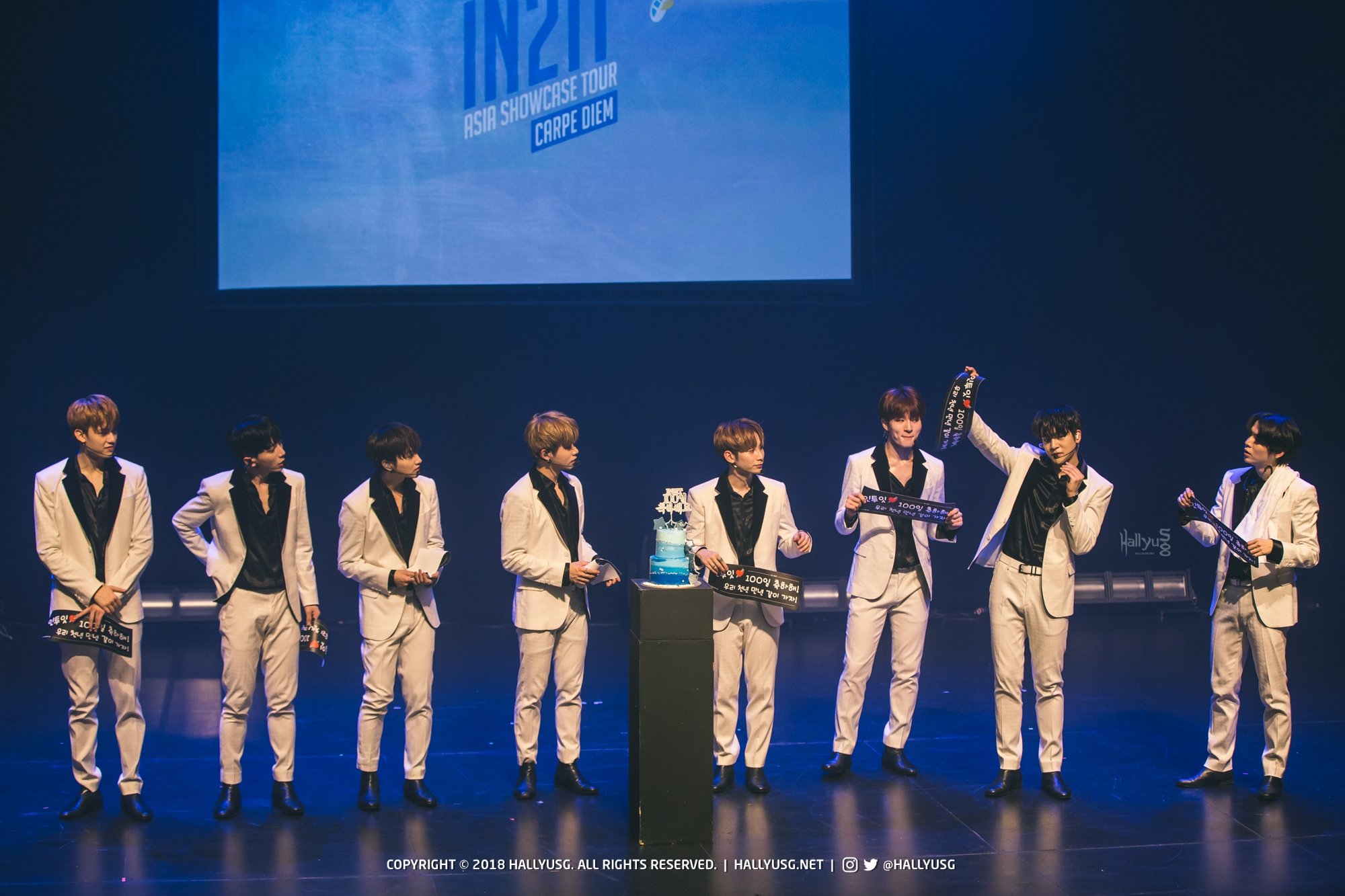 As the showcase drew closer towards the end, fans had the privilege to catch the performance of ‘Rising Star‘, a song that was released for Boys24, the survival program which IN2IT went through before their debut.

Adding that this track is one that always brings back lots of memories for them, IN2IT expressed their heartfelt thanks to fans for the love and support, and promised to return better in the near future. 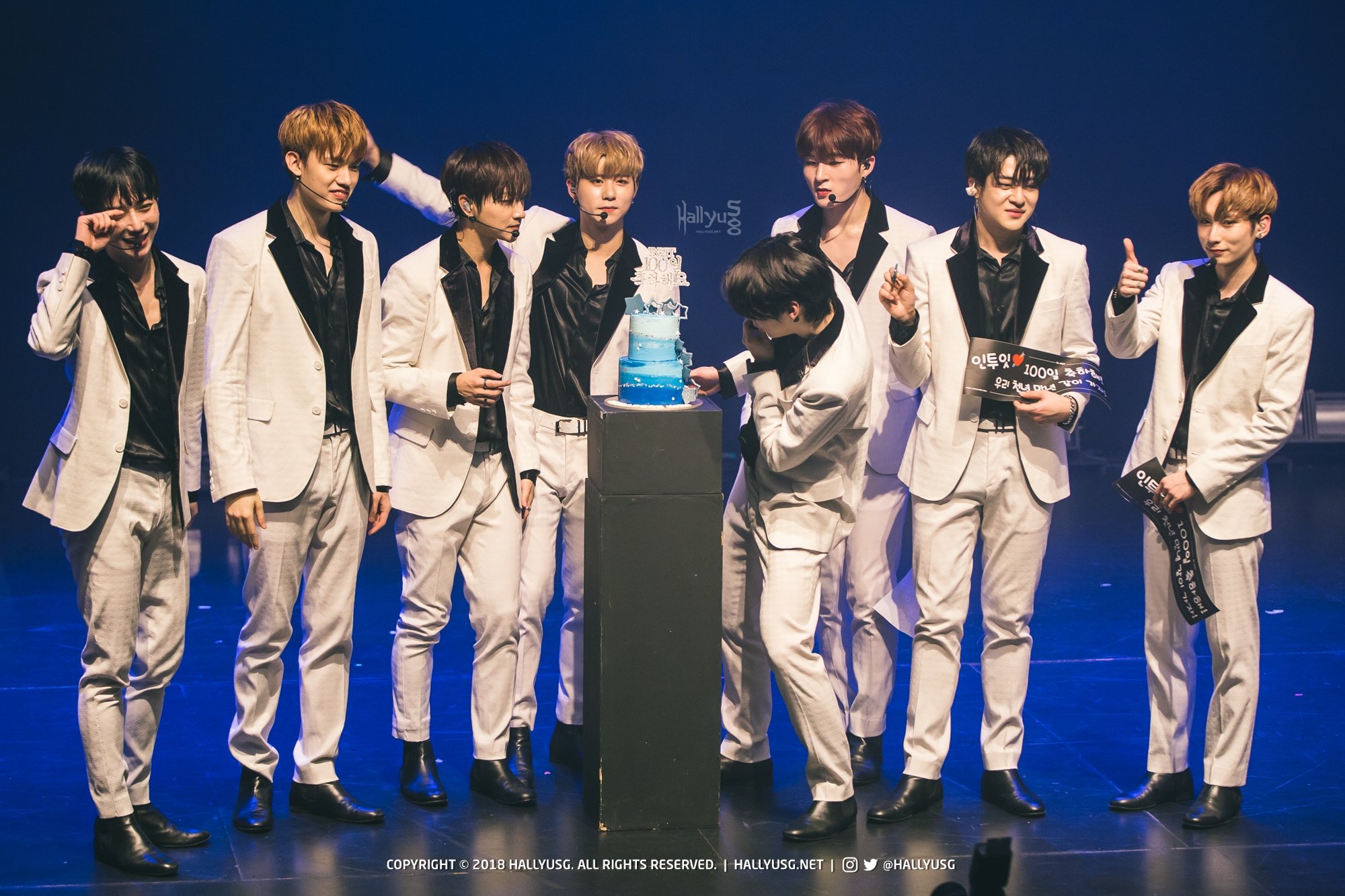 The members were also presented with a beautiful two-tiered cake in celebration of IN2IT’s 100th day of debut, where Inpyo left a sweet and touching message for IN2Us, “It’s our 100th day since debut and it’s also your 100th day with us. I hope we will stay together for another 100 years, 1,000 years and forever!“

Be sure to keep supporting IN2IT and watch this space as we’ll be releasing an interview with the boys soon!

2018 IN2IT Asia Showcase Tour ‘Carpe Diem’ in Singapore was brought to you by Fast Track Events and covered by HallyuSG.

[COVER] Super Show 5 in Singapore wraps up successfully with over 7,000 concert goers

[COVER] WHITE NIGHT in Singapore: Taeyang Says BIGBANG Members Are The Greatest Happiness In His Life