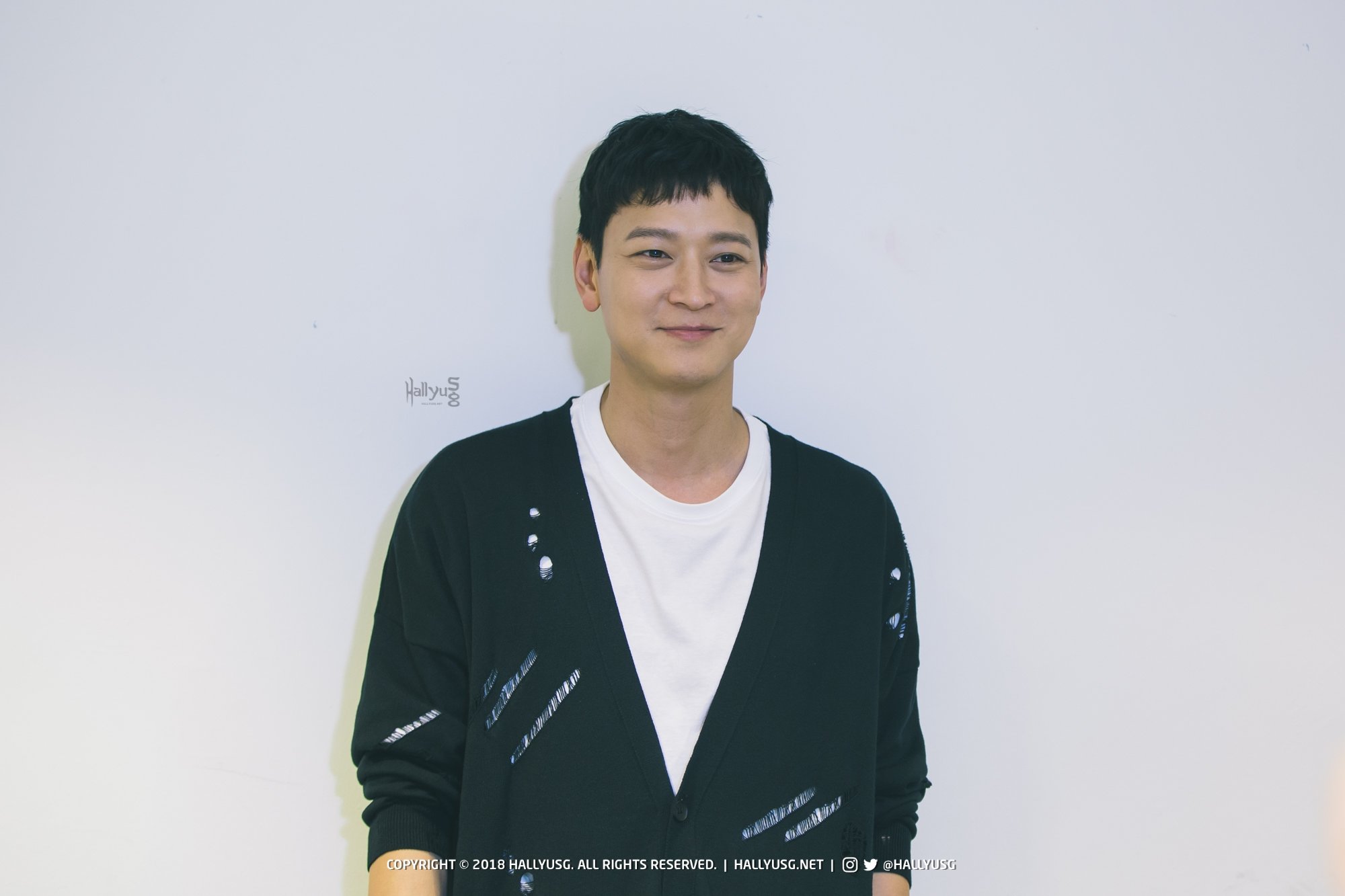 Top Korean actor Gang Dong Won was in Singapore earlier this week for an exclusive Fan Meeting with his fans that was held at the SPH News Centre. This was his second visit to Singapore, the first being in January last year when he visited to promote his film “Master” with co-star Kim Woo Bin.

Prior to the fan meeting, Gang met with local media and shared about his current and past works, as well as what he enjoys doing in his free time. 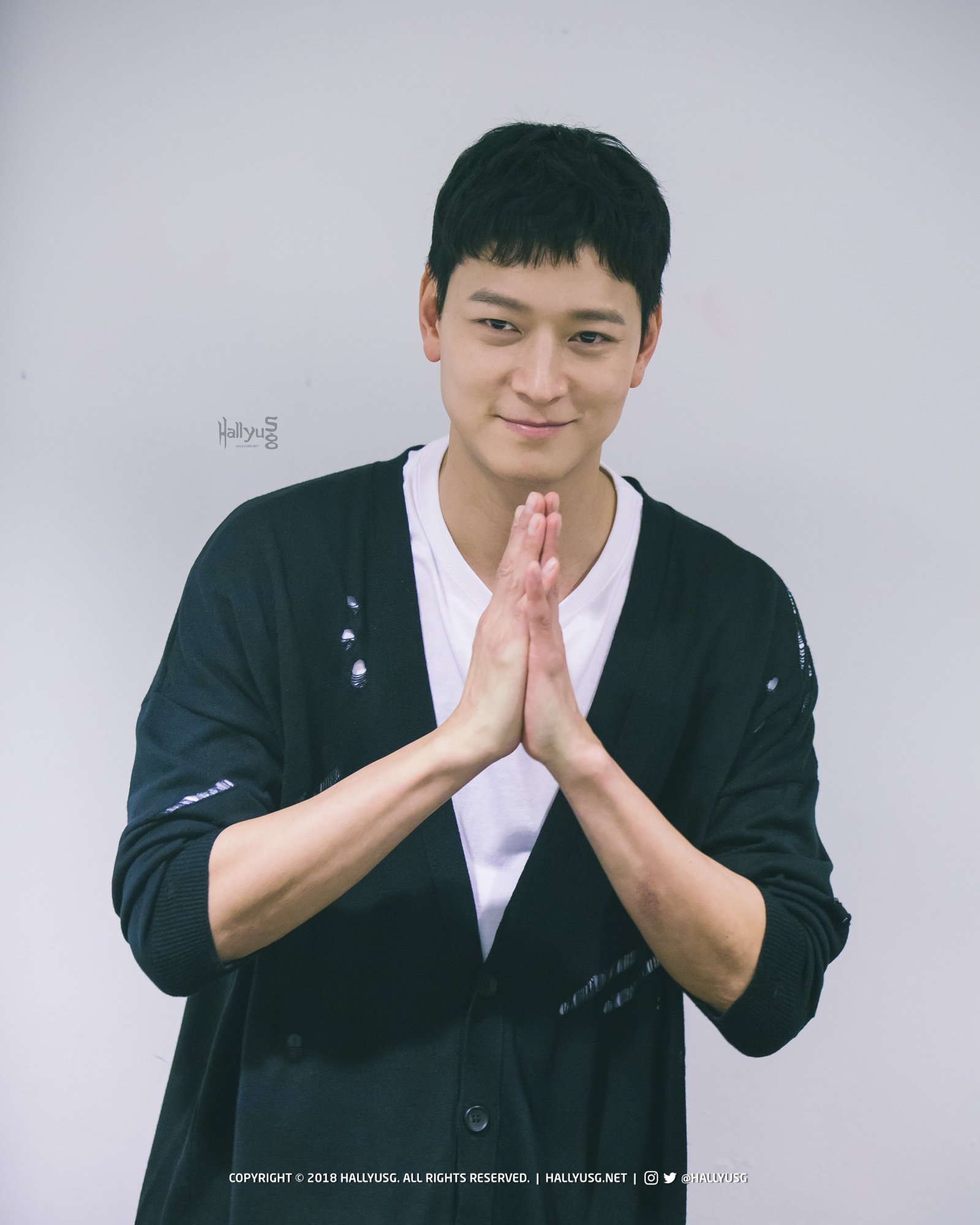 It is common to hear actors talk about their work as an actor, but how often do we get to hear them mention their favourite films? Gang revealed that his personal favourite is “Eternal Sunshine of the Spotless Mind”, a romantic science-fiction movie starring Kate Winslet and Jim Carrey. He also shared that is always busy but when he does have some leisure time, he enjoys spending it by having a meal with friends. 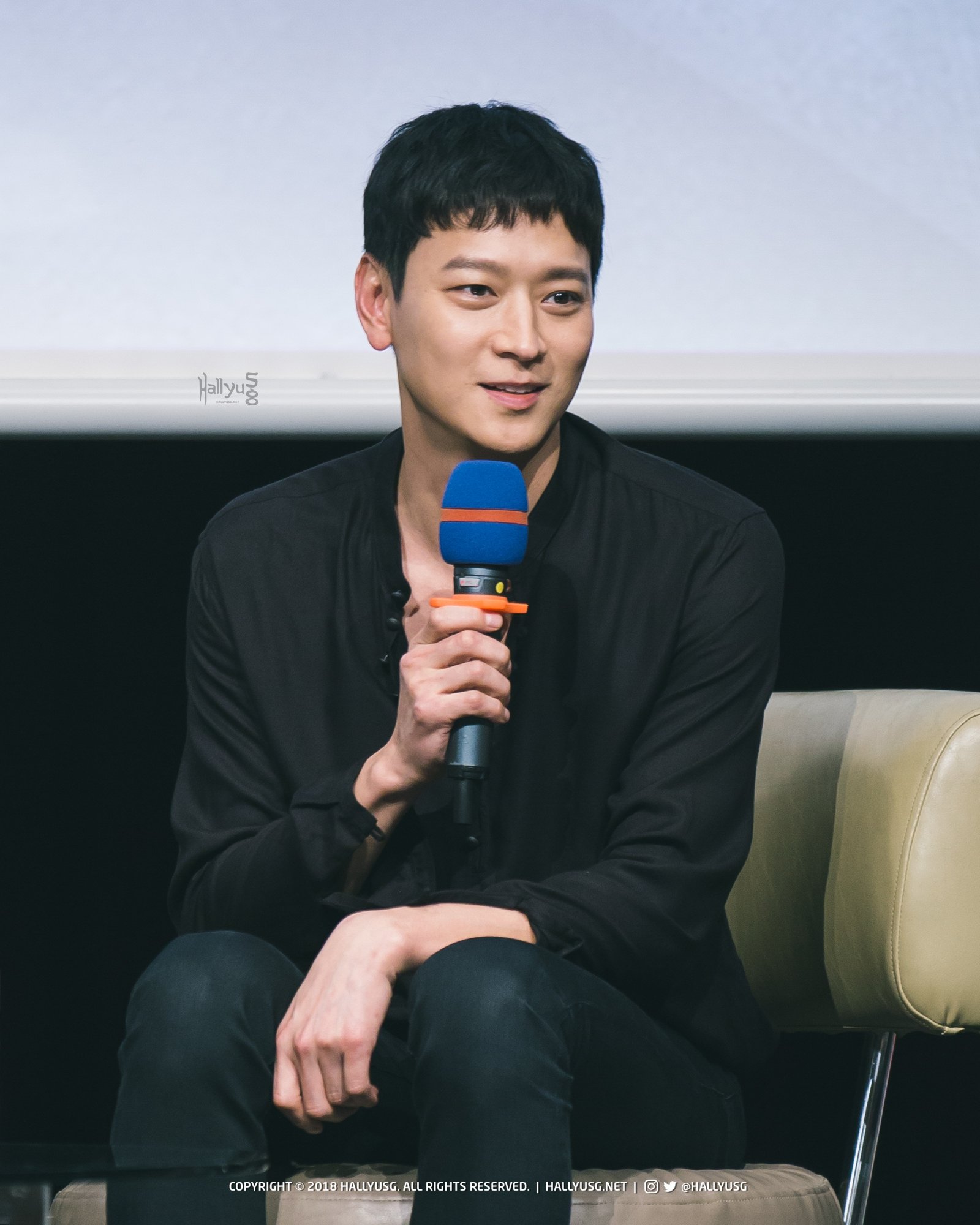 Later that evening, 100 lucky fans had the opportunity to attend an exclusive fan meeting with Gang Dong Won. The actor revealed that he finds Singapore more familiar this time as compared to his previous visit, and impressed fans with his knowledge of a variety of Singaporean dishes, such as pepper crab, prawn paste chicken and chicken rice.

He sent fans into fits of laughter when he used the Singlish term “Paiseh!”, and even took it a step further when he revealed that during this trip, he had learned to order coffee the Singaporean way, mentioning terms like “kopi-o-peng-gau-kosong” and “kopi-si gau-siewdai”! 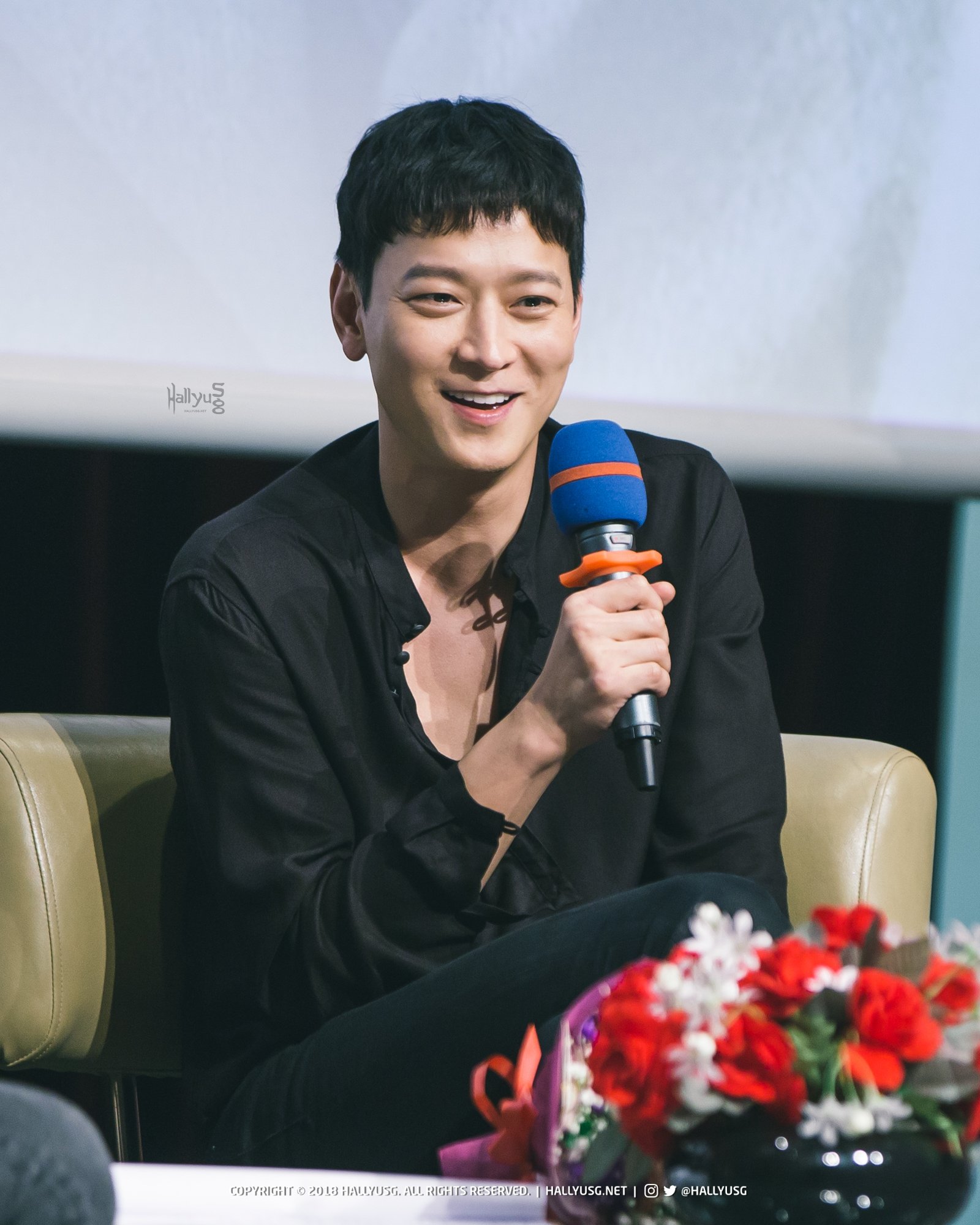 Gang shared that he makes it a point to take on a variety of characters to allow himself to grow and develop as an actor. Known for being very dedicated to his work, he expressed his wish of being able to put even more into his craft.

The actor spoke in excellent English throughout both the interview and the fan meeting, showing that his diligence in learning the language for his movie roles has paid off. When asked about how he has managed to improve his English so quickly, he said that he lived with his English tutor for three months to speed up the learning process. 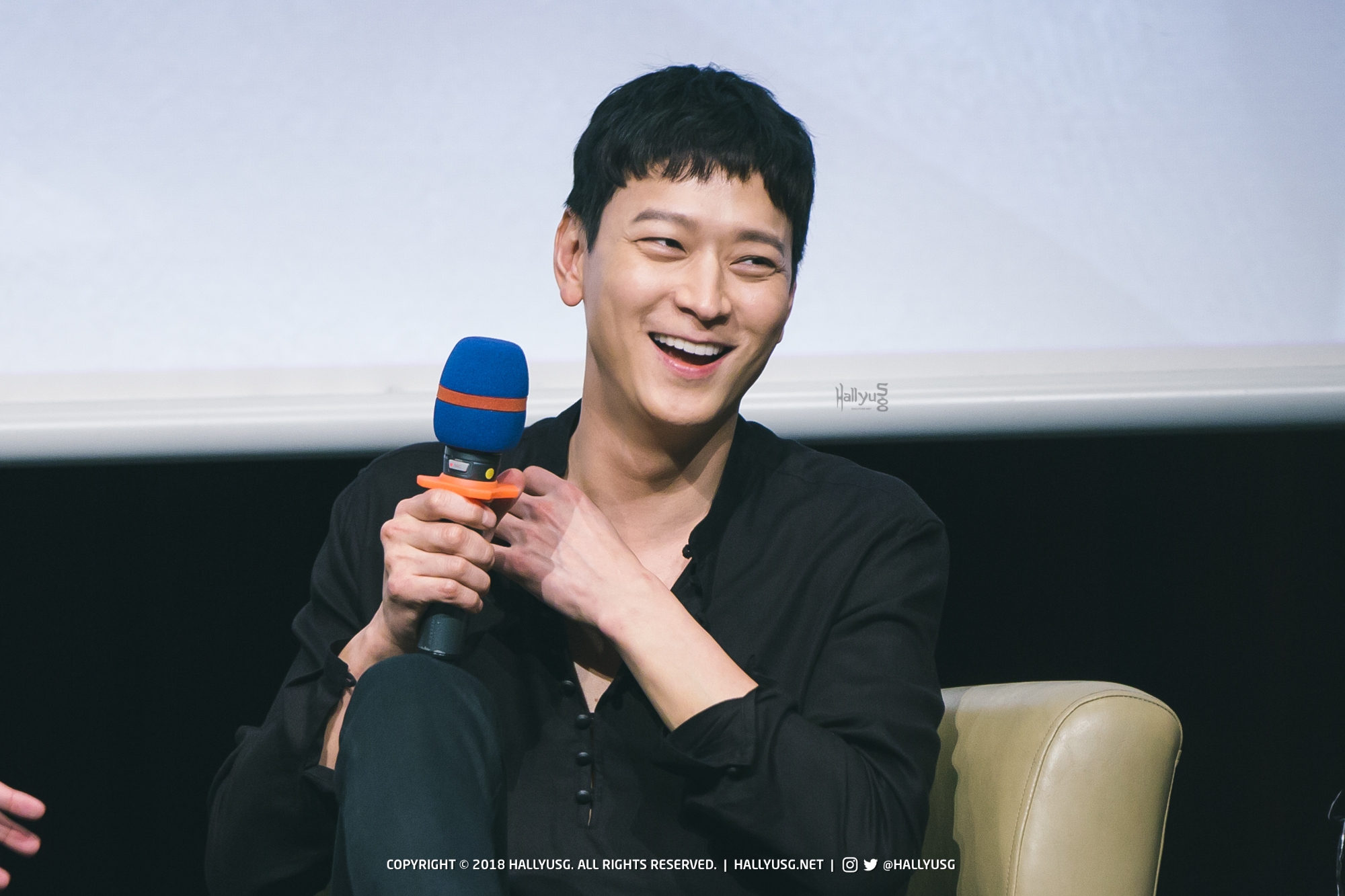 Despite being known for his rather quiet demeanour, Gang showed his playful side by making jokes throughout the Fan Meeting. He revealed that whenever his movies are given high ratings by viewers, the cast and crew will drink to celebrate, and when the movie receives not-so-high (average) ratings, they will drink to drown their sorrows!

When asked about his character as a surfer in his upcoming Hollywood debut in the film “Tsunami LA”, Gang described him as a very strong, kind and warm person. He said he was pressured because it is his first time in an English-speaking role, but nevertheless, he is excited as he loves being challenged. 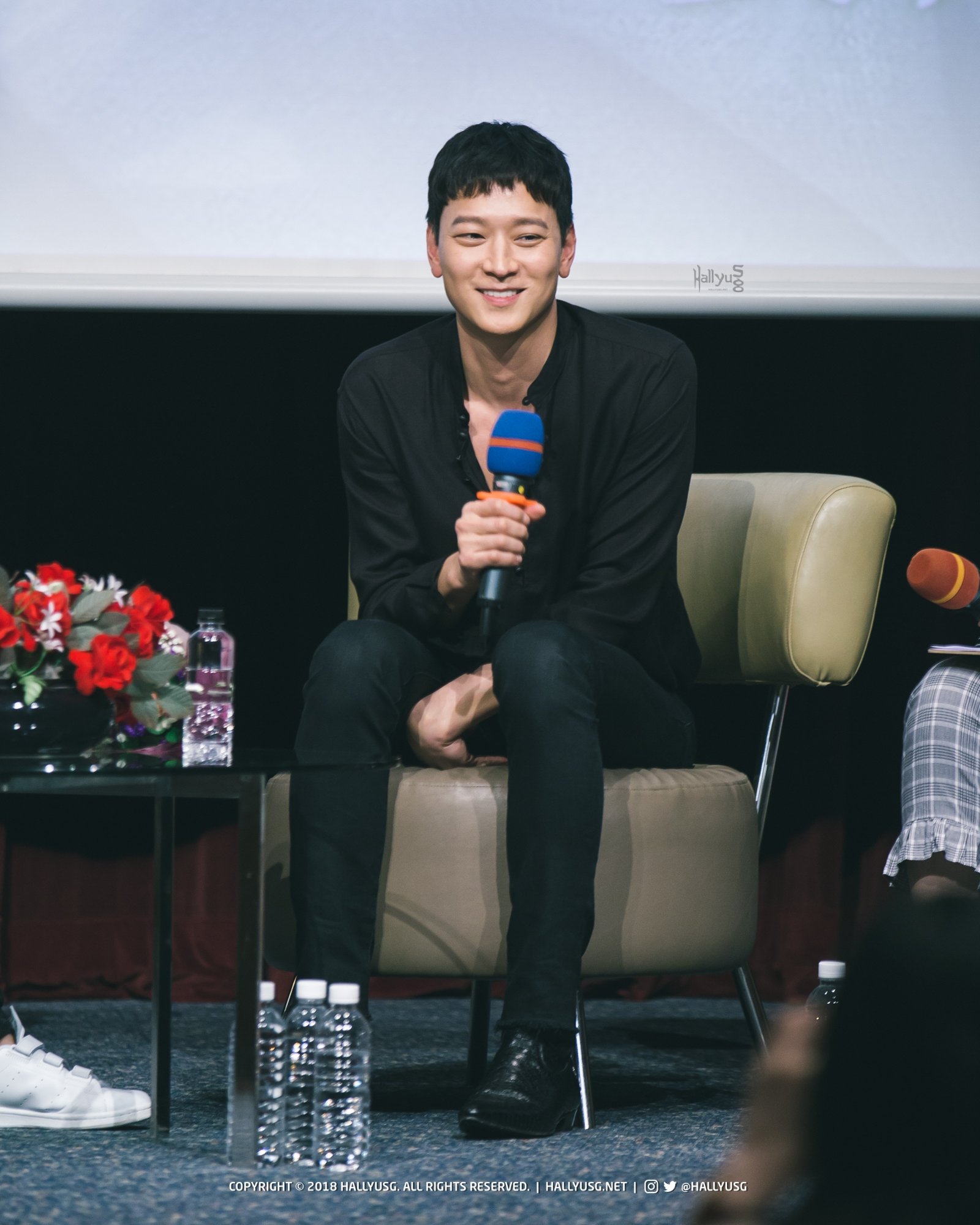 Fans were then treated to an interactive game session, where they had to guess what Gang would choose between two things, such as his preference for wine or soju. This unique game was a pleasant experience for all the fans, as everyone present had the chance to get involved!

The intimate session came to an end after Gang expressed his gratitude in being able to visit Singapore for the second time, and he hopes fans will continue to show their support for his work, assuring them that he will return again in the near future.

We are beyond excited for his upcoming Hollywood debut in “Tsunami LA” and look forward to seeing him again on the big screen soon. Be sure to check out the group interview we had with him last week!

[COVER] B.A.P Left Singapore BABYz In Awe Ahead of Their ‘Blue’ Comeback