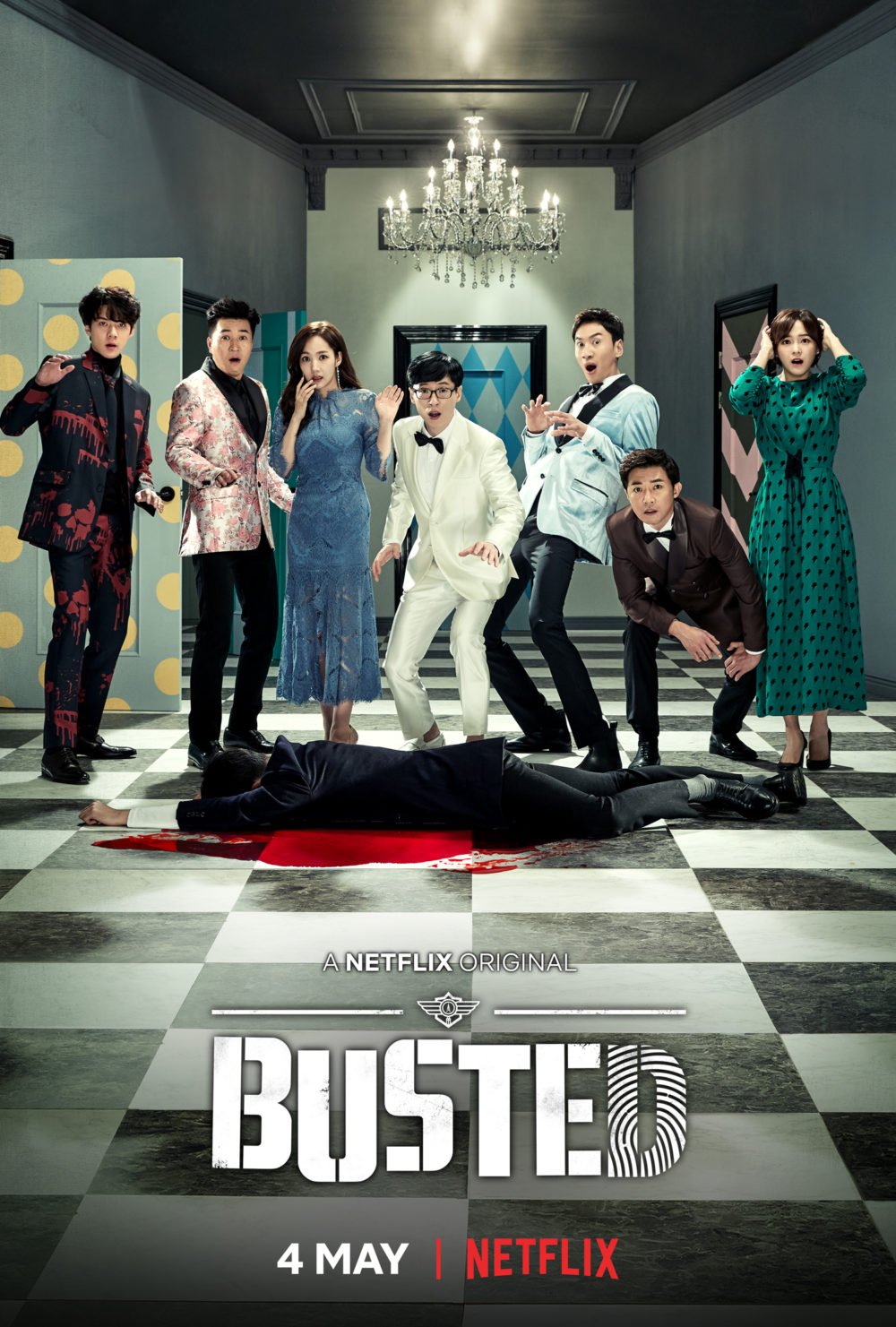 The first ever Netflix Original Korean variety show Busted! I Know Who You Are has finally confirmed its broadcast date to be on May 4, where 2 episodes will be released every week for a total of 10 episodes this season.

Available exclusively to Netflix members globally, Busted! is a whole new Korean variety program where 7 main cast members position themselves as bumbling detectives set out to solve a fun-filled mystery in each episode. The show is said to be unscripted and will feature special guest star appearances in each episode to help complete the story.

As Netflix has teamed up with producers Jang Hyuk-jae, Cho Hyo-jin, and Kim Ju-hyung of Company SangSang, all of whom are known for the production success behind popular variety shows such as Running Man, Family Outing and X-Man in Korea, many are looking forward to the premiere of Busted! to see what this new program has got to offer.

[UPDATE Apr 25, 2018] Check out the official main trailer newly released for the show!

Busted! will be available exclusively on Netflix globally in over 190 countries on May 4, 2018.