Remember the Stargram 2018 K-pop Launching Show that became the talk of the town and was staged as a free concert in Singapore last February? We discovered more about the team who is managing Stargram Global, the Korean IT company that specialises in the next generation of technology — Blockchain and O2O.

6 months after the successful concert, Stargram Global is now ready to introduce the Stargram Coin, which is a form of celebrity-popularity-based digital currency that can be used to purchase star-related products such as concert tickets, albums, collectibles and more. Let us delve into the interview with the CEO of Stargram Global, Kim Minsoo, to find out more about how it works! 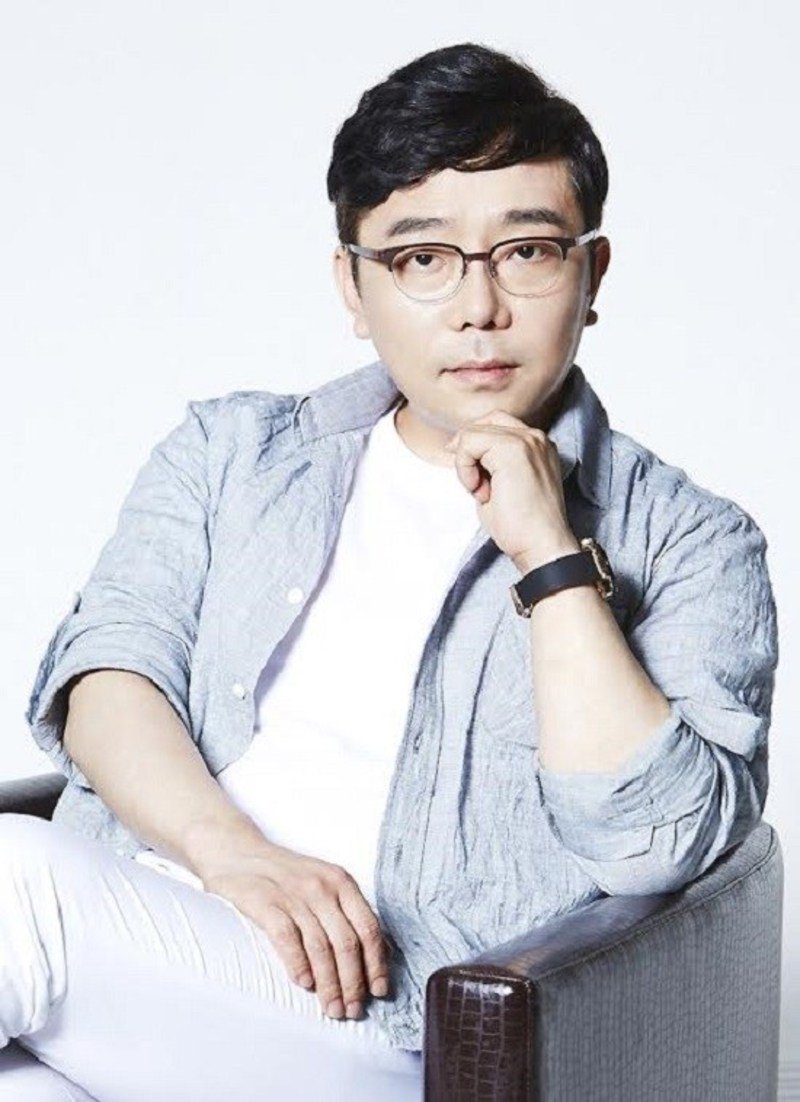 Recently voted #1 to be listed on Bibox exchange in June 2018, Kim Minsoo is the Chairman of Stargram Global, KMS, KMS Global and several entertainment companies in Korea. He is also the 2017 Founder of the cryptocurrency, Stargram Coin.

More familiar to the public as singer “KJ Kim Minsoo“, he has released several singles and drama OSTs, such as “My Brother Than A Friend (친구보다 형제)“, and “Thankful Person (참 고마운 사람)” from K-drama The Shining Eun Soo (2017), where the OST ranked first on Kakao music chart.

Kim Minsoo has also ventured out further in his career, having launched the celebrity-event matching platform ‘Eventgod’ in March of 2017, and received the “Global Startup Star Award” from the government of China for his company ‘Expert-T’ in the following month. 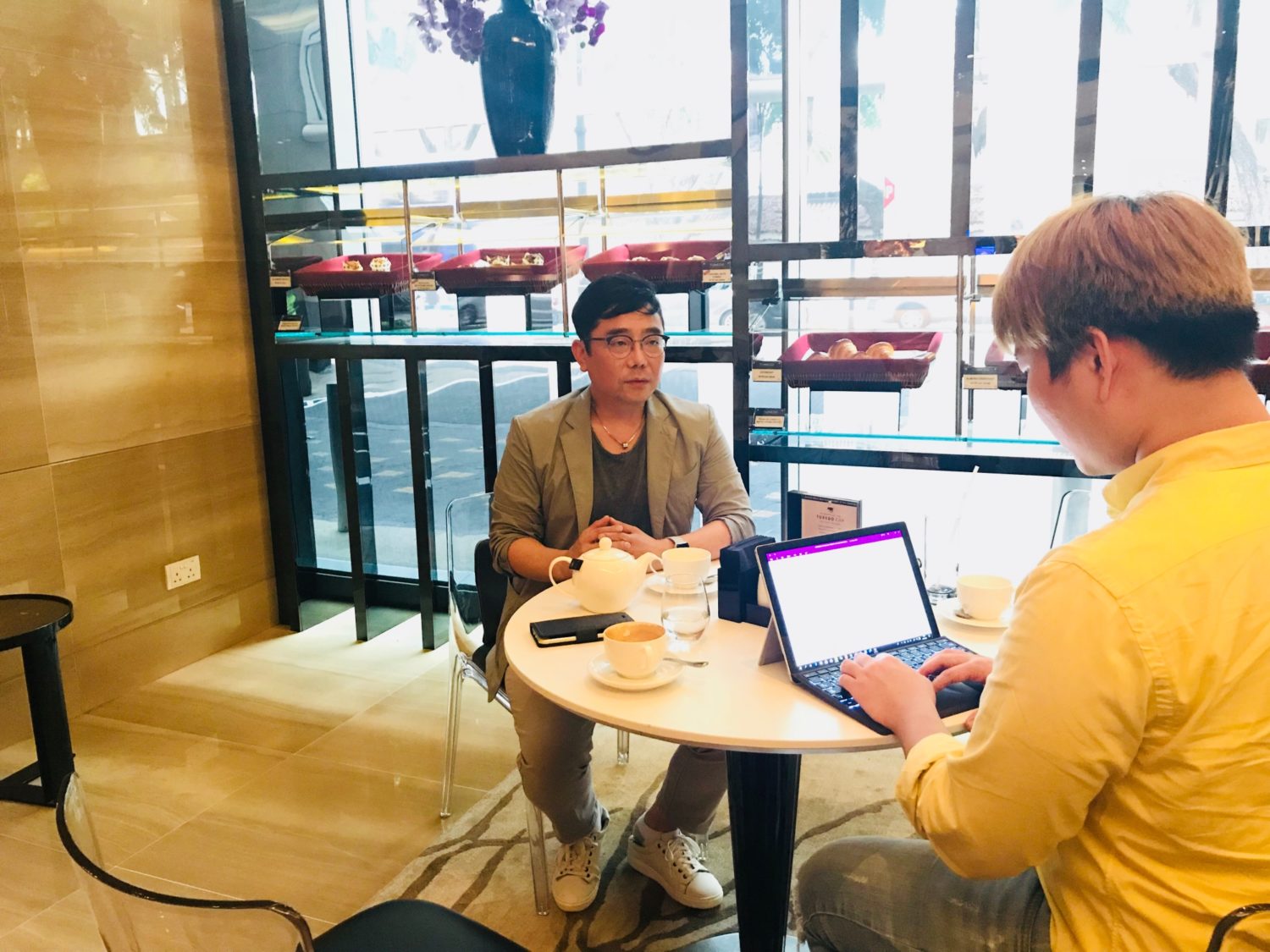 Q: What is Stargram Coin?

A: Stargam coin is an encryption that can be used both offline and offline by combining block chain technology and the O2O entertainment business model. It plans to database the users’ preferences in entertainment contents and expand the various service base to gain market advantage. In order to meet the demand of fandom, the payment system is linked to the merchants so that it can be used anywhere in the world, and payment is made on-line and off-line regardless of time and place.

Stargam Coin can be used as an advertising deposit and a payment method. It also can be traded as a virtual currency for down payment and performances for entertainers. By building various utilization systems related to entertainers, it is possible to purchase star collections, MD products, albums, performance tickets, etc. regardless of exchange rates anywhere in the world.

Q: What about the Star Token?

A: The Star Token, a branch concept of Stargam Coin, is issued and used as a currency for each Star, or celebrity. The Token’s value is determined based on the exchange buying and selling index, the big data of the fans who purchased the token, the index through ‘Good Bad News’, and the SNS activity data of the Star. Depending on the popularity of the star and the formation of the fandom, the initial issue price is set at a different amount.

Q: Where can Star Token be used?

Star tokens can be freely traded on or offline. It will be used to purchase Star MD products, albums, concert tickets, and premium meetings.

It can be issued for the stars to do fan service and the token can work as a base fund for the initial activities of the newly debut stars.

A: We listed on Bibox on 21st June, 2018. The crypto market was in panic then and bulk of Stargram Coins were dumped from the private sale, so it is true that the price of the coin is undervalued compared to the value of the platform. So, I have plans to list Stargram Coin in two major exchanges in September and I am planning to start a world tour from the second half of this year.

Q: When will the Star Token be issued? And who will be the first Star?

A: We have filed documents to meet the laws of the US and the Finns, and expect to be within three months, as soon as possible. It will be published as soon as we complete the legal review with the attorneys of celebrities. American global singers and famous sports stars. It will be the sponsor of the issue and will be announced as soon as the lawyers review it.

Q: What is Stargram’s relationship with Microsoft?

Q: What is the end goal of Stargram?

A: We want to create a fast and secure payment market with the issuance of Star Tokens. For example, our technology will pioneer such a market where you can fly on a plane with a Bruno Mars token and settle in a smartphone instead of a card or cash in an unfamiliar country. It will also create a system in which the entertainment ecosystem grows with its fans and shares its value back to them. I will make a world where end consumers and celebrities can create value for each other. I will open up a world where the fans raise new celebrities who can grow into a world-class star with Stargram coin.

Q: Is there any good news for Stargram?

A: Now we take the Southeast Asian market as the forefront. This is because we believe in the possibility of growth here. We expanded to Vietnam, the Philippines, Thailand and Indonesia and are trying to localise.

For example, a few months back, the Philippines government closed the island of Boracay and started remodelling it. The President of the Philippines, Duterta, is working with KT from Korea to build Boracay Island a Smart City. KT is building Boracay’s infrastructures such as public Wi-Fi, CCTV, control system and smart LED street lighting solution in Boracay. They will be opening in this October. In this regard, local corporations and Stargram is planning to collaborate to create the world’s first block-chain-encrypted city.

Q: Could you give us some details on the services that will be integrated in Boracay’s Smart City?

A: The Philippines is striving to become the financial hub of East Asia. While Singapore, South Korea and China are at a standstill, the Philippines is aggressively pushing for a blockchain legalization and allowing the ICO for cryptocurrency. We will make the first case of Stargam Coin and Star Token to be used as payment in Boracay.

Based on our experience of developing O2O app, our company will work closely with the Philippines government. Boracay Island is a tourist and recreational city, serving as a crucial part of the Philippine tourism industry that attracts more than one million tourists annually. Stargam will make Star Tokens in Boracay to support various venue facilities, and attract cultural performances to help create a smart culture city. I hope it will be a good example to find out the possibilities for new blockchain companies in the world when the cryptocurrency market is facing a recession.

Q: Is there anything that you would like to add on?

A: We always live with longing and fear for new things. It was the same for the development of all the industries now. We were afraid of cars, airplanes and internet when they were first introduced to the world. Blockchain will change the industry and there will certainly be side effects.

In addition, the countries and companies with power are afraid of the emergence of cryptocurrency is creating fears in Now it is time to change that fear into hope. We must turn that fear into hope so that the next generation can enjoy equal opportunity and prosperity. I want to make such hope in the future and hope that many people will join us.

[INTERVIEW] VIXX promises a special show for Starlights at their UTOPIA concert in Singapore!