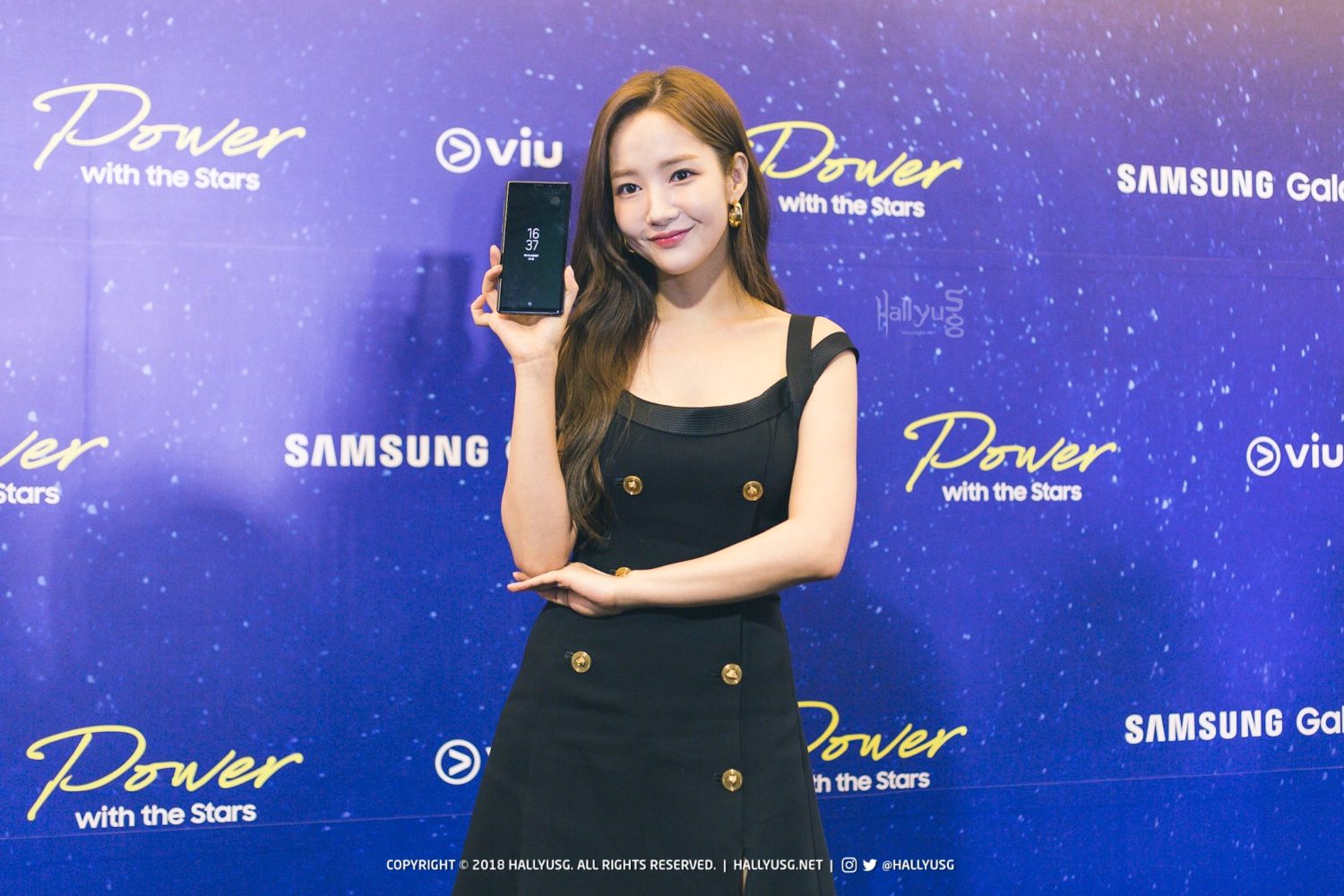 In celebration for the launch of the all-new Galaxy Note9 in Singapore, Samsung and Viu held an exclusive closed-door launch party last Friday for invited guests and media, which saw the unveiling of the latest Galaxy Note series as well as the special appearance of Park Min Young and Kim Jong Kook.

Both stars were present at the press conference that was held prior to the party, where they shared some of their favourite features of the Galaxy Note9 and spoke about their latest TV commitments. 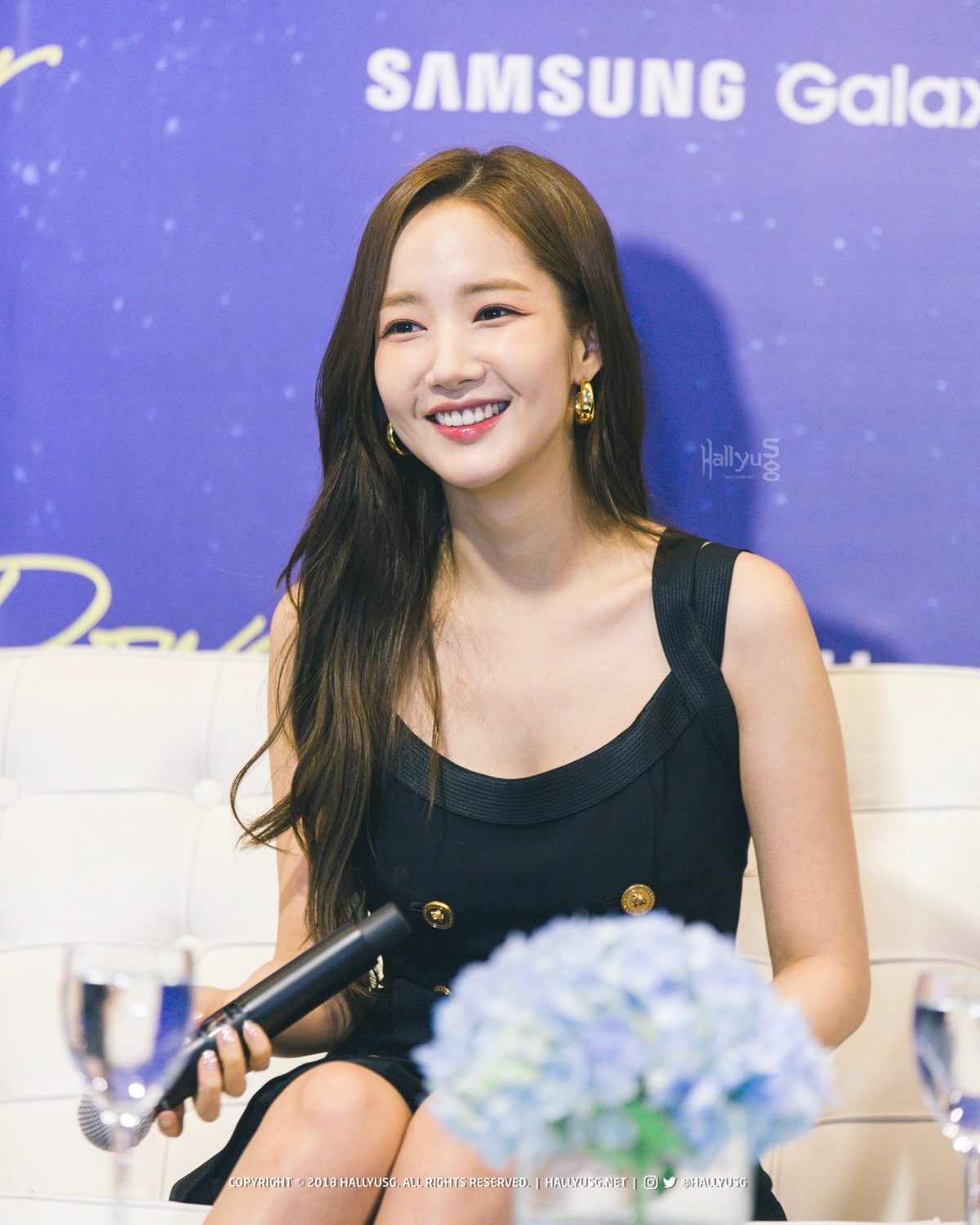 Recently wrapped up the hit drama ‘What’s Wrong with Secretary Kim‘, Park Min Young, who played the role of Secretary Kim Mi-so in the series, expressed her fond memories of working with the cast members and filming team, “The atmosphere on set was really good. We got close to one another while filming the drama, so we all had fun working on it.”

The drama was her first attempt in a rom-com (romantic-comedy) series as she acted as a professional secretary alongside Park Seo Joon, who played the role of her narcissistic boss. There were lots of ad-libs by the cast members during filming, which turned out to be very well-received. 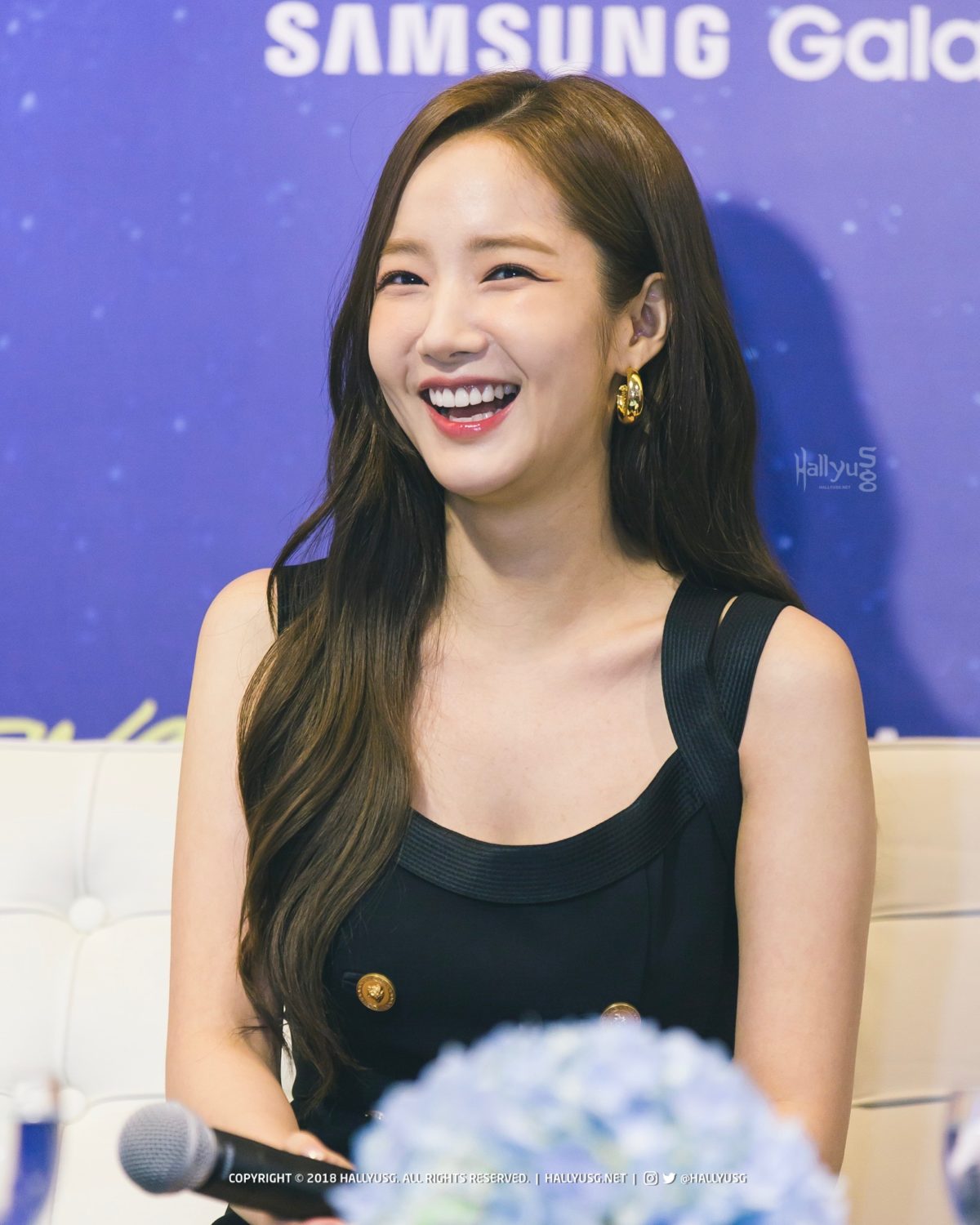 Park Min Young also added that she tries to keep in touch with the cast members through their group chat, revealing that actress Hwang Bo-ra has similar traits to her character ‘Bong Se-ra’ as she is most active in the group chat.

“We will be having a reward vacation for the drama cast and crew in Thailand soon, so I think that the group chat will be flooded again during our vacation.” 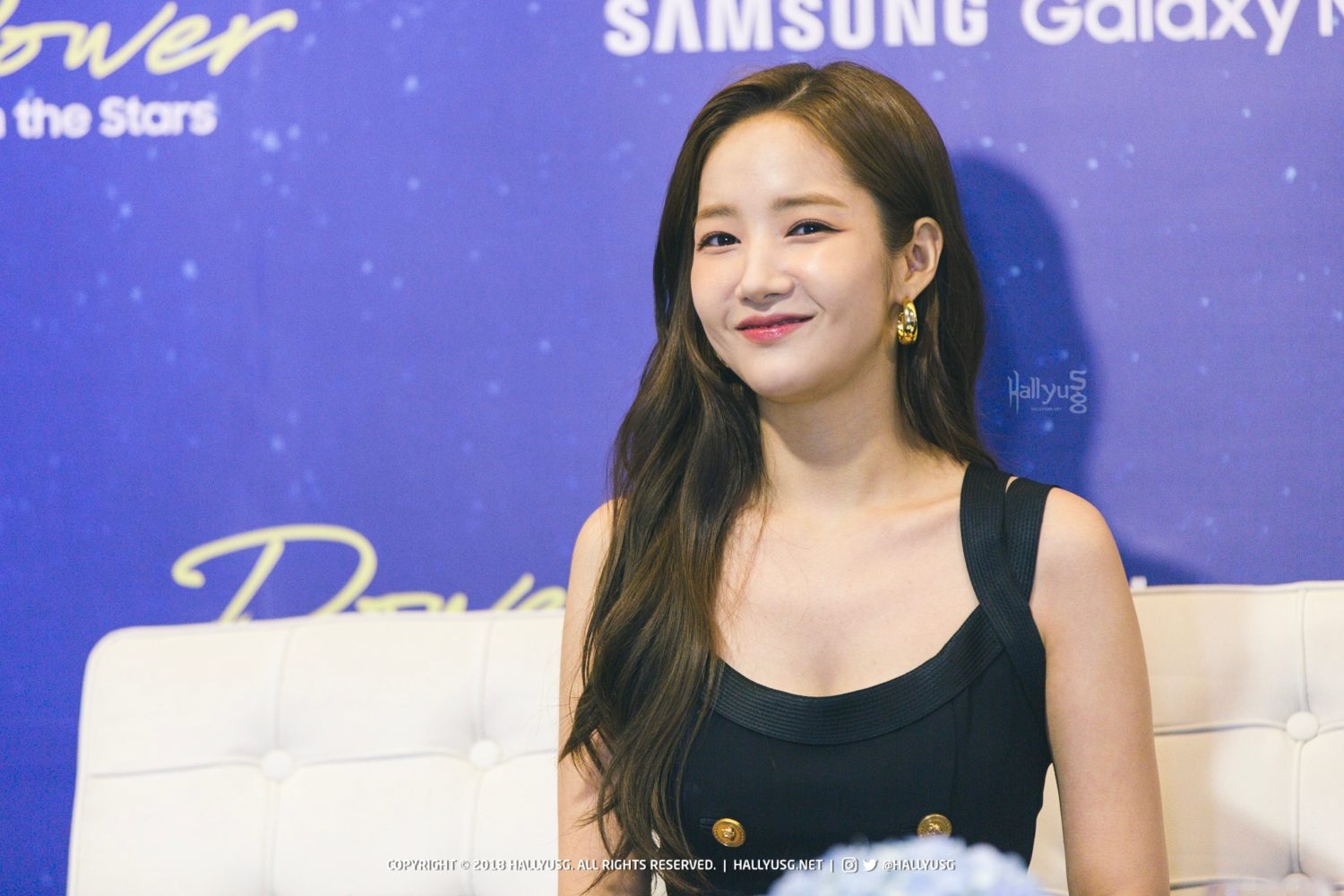 On her favourite feature of the new Galaxy Note9, Park Min Young mentioned about the S Pen where she can easily use it to write down memo on the phone screen. One application that she uses frequently on her phone would be the camera function, as she enjoys taking pictures in her daily life.

She also uses apps like Instagram and Weibo to communicate with the fans, revealing that she often search for her own name on the social media platforms, “When I travel, I often take selfies with people. So I wanted to check out how my face will look like on other people’s camera.” Though she is currently taking a break and does not have any drama project in mind for the second half of the year, the actress is still keeping her options open, as she thanked fans and audience for their unconditional love toward her drama roles. 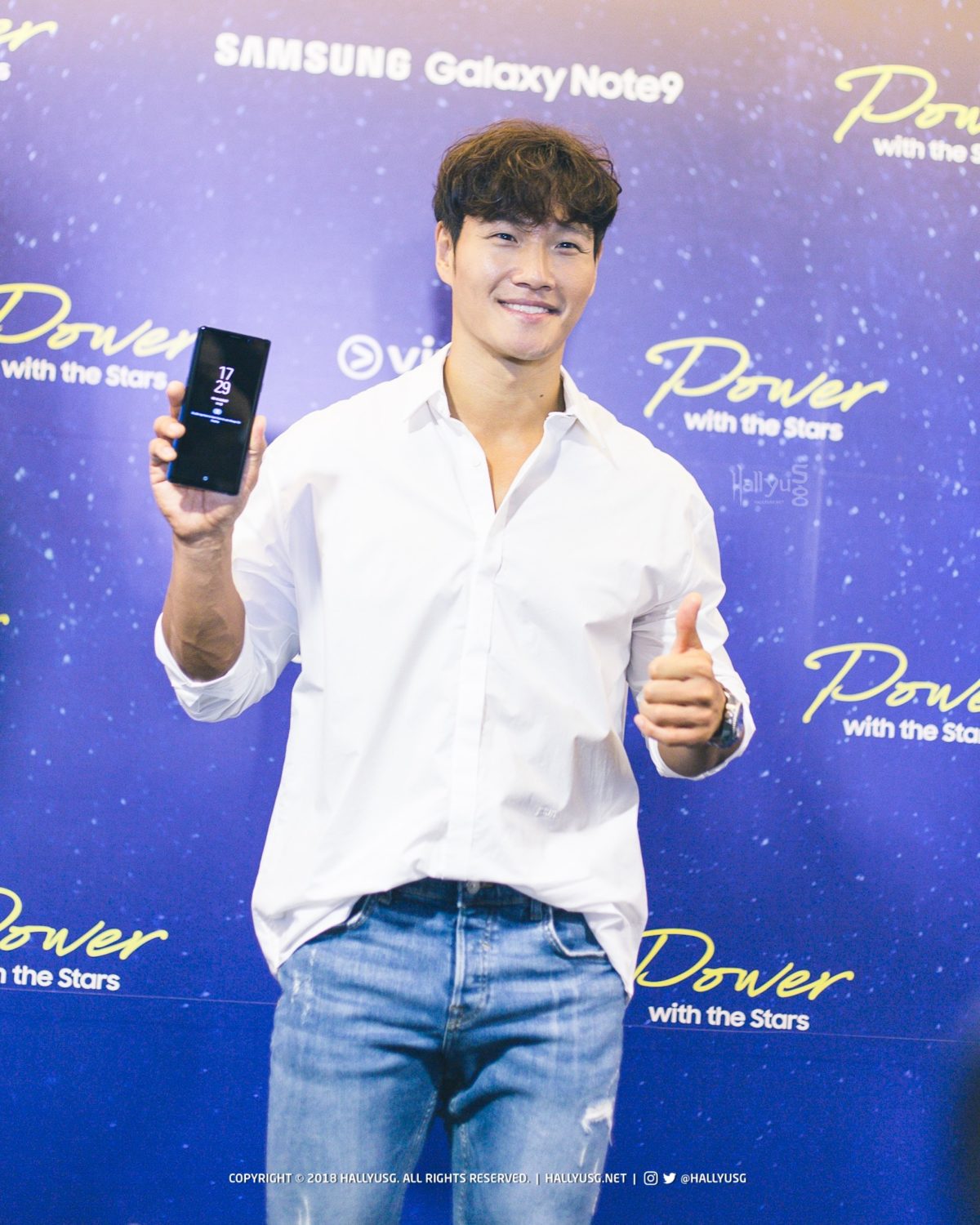 Back in Singapore again after 8 months, Kim Jong Kook was one of the special stars to make an appearance at the press conference and launch party. Revealed to be a smartphone addict himself, the Hallyu star admitted that he can’t live without his phone and tend to feel anxious whenever he can’t access it for hours during the shoot for Running Man.

His favourite feature of the new Galaxy Note9 is the longer battery life, which enables him to use his phone all day without having to bring out a power bank to recharge it. 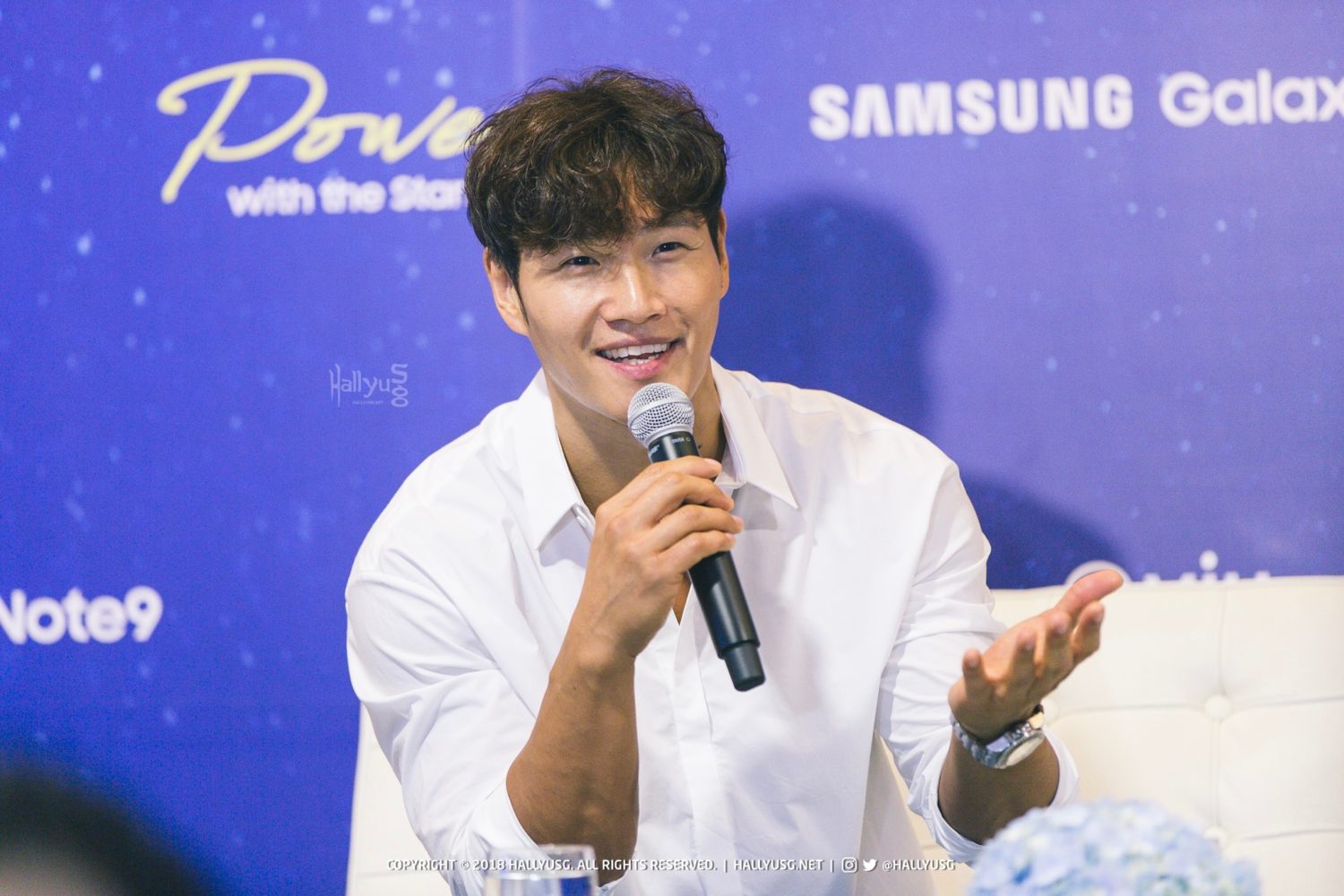 Being actively involved in variety shows such as Running Man and Mom’s Diary, Kim Jong Kook said he has plans to focus on releasing a new album this year. He also expressed his hopes to collaborate with younger idol groups and singers, such as BTS because “they are good at everything!“

Despite his busy TV commitments, he made sure to keep a balanced diet and healthy lifestyle by working out frequently, which is of course not something surprising to hear.

“A lot of people think I only eat chicken breast meat but I actually do consume all kinds of food. It is just that after my workout, I tend to go for healthier options such as that and salad. I even have cheat days where I had a whole cream cake to myself!” 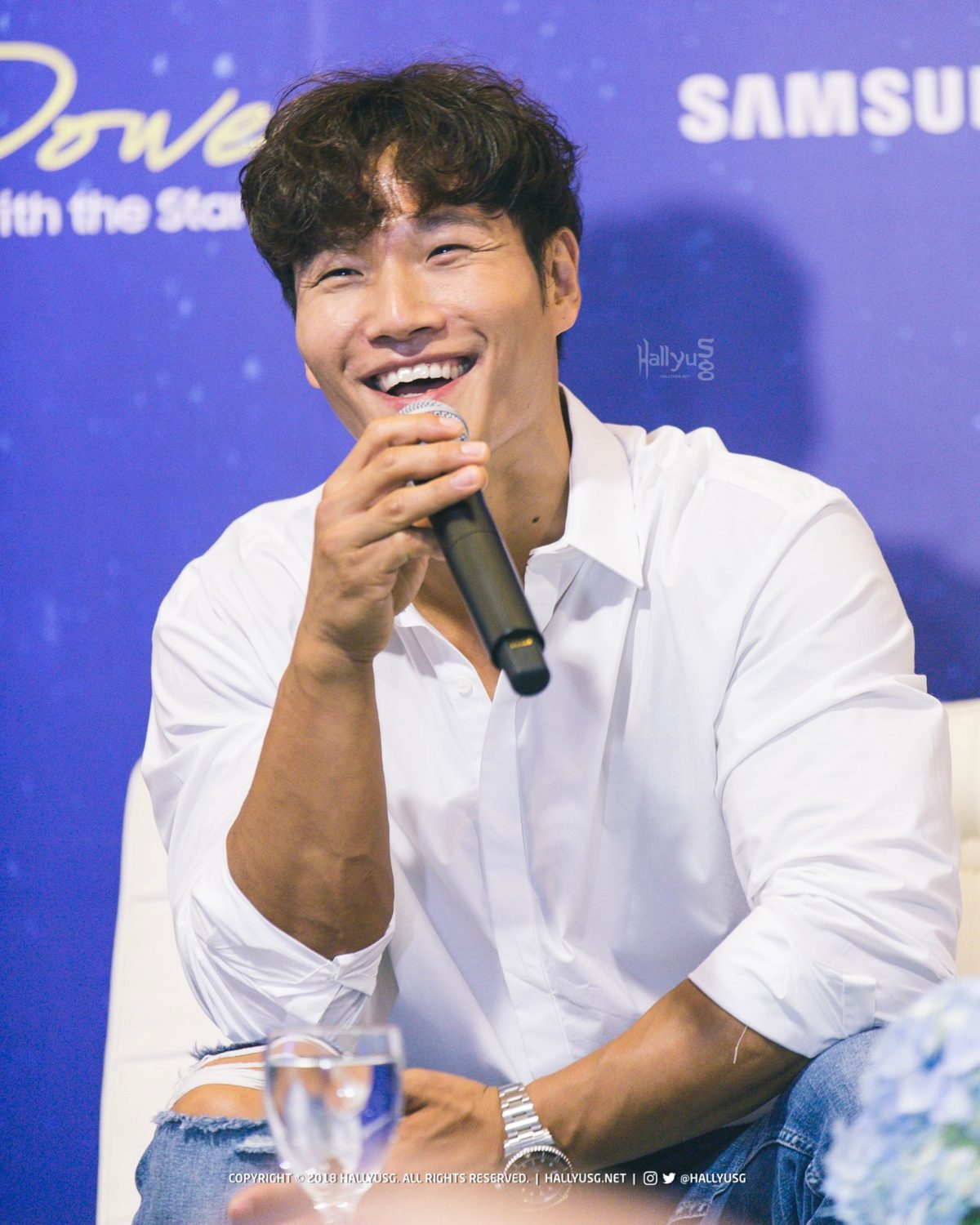 If he could invite a former guest to reappear on Running Man again, the Sparta would like to extend the invitation to Jackie Chan, as he recounted the surreal experience of filming together with the superstar in 2013.

Kim Jong Kook also expressed his desire to film a second season of travel reality show Dragon Club with his celebrity friends as he added, “We all talked about it several times but the Dragon Club members are all busy with their movie or drama shoots. We really hope to film an episode together again.” 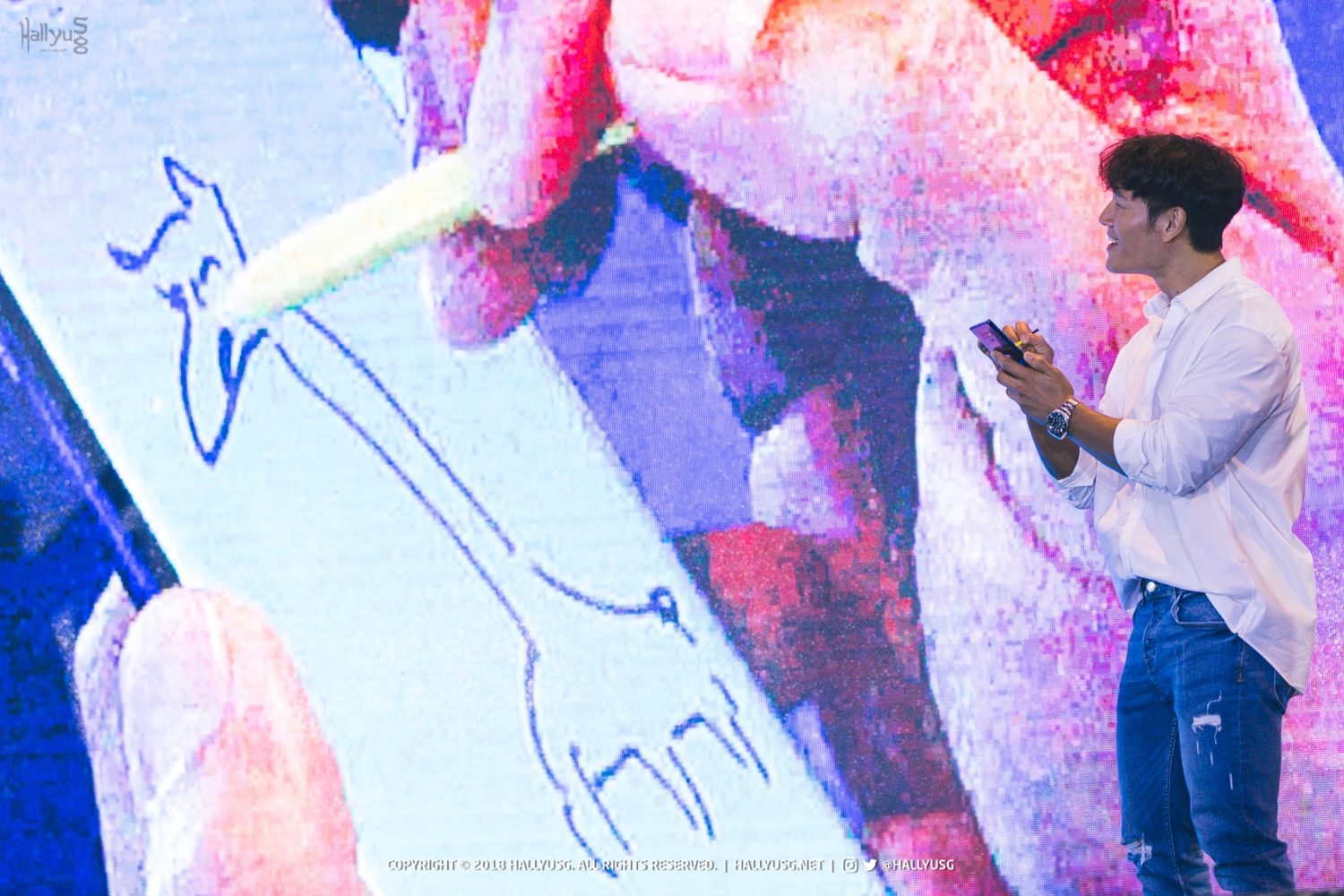 At the Samsung Galaxy Exclusive Launch Party that was held in the same evening, some lucky fans were invited to join the stars on stage for games and photo opportunities. The stars also had the opportunity to experience using the latest Galaxy Note9, with Kim Jong Kook drawing sketches for fans to guess using the S Pen, and Park Min Young showing off her wefie skills with the smartphone. 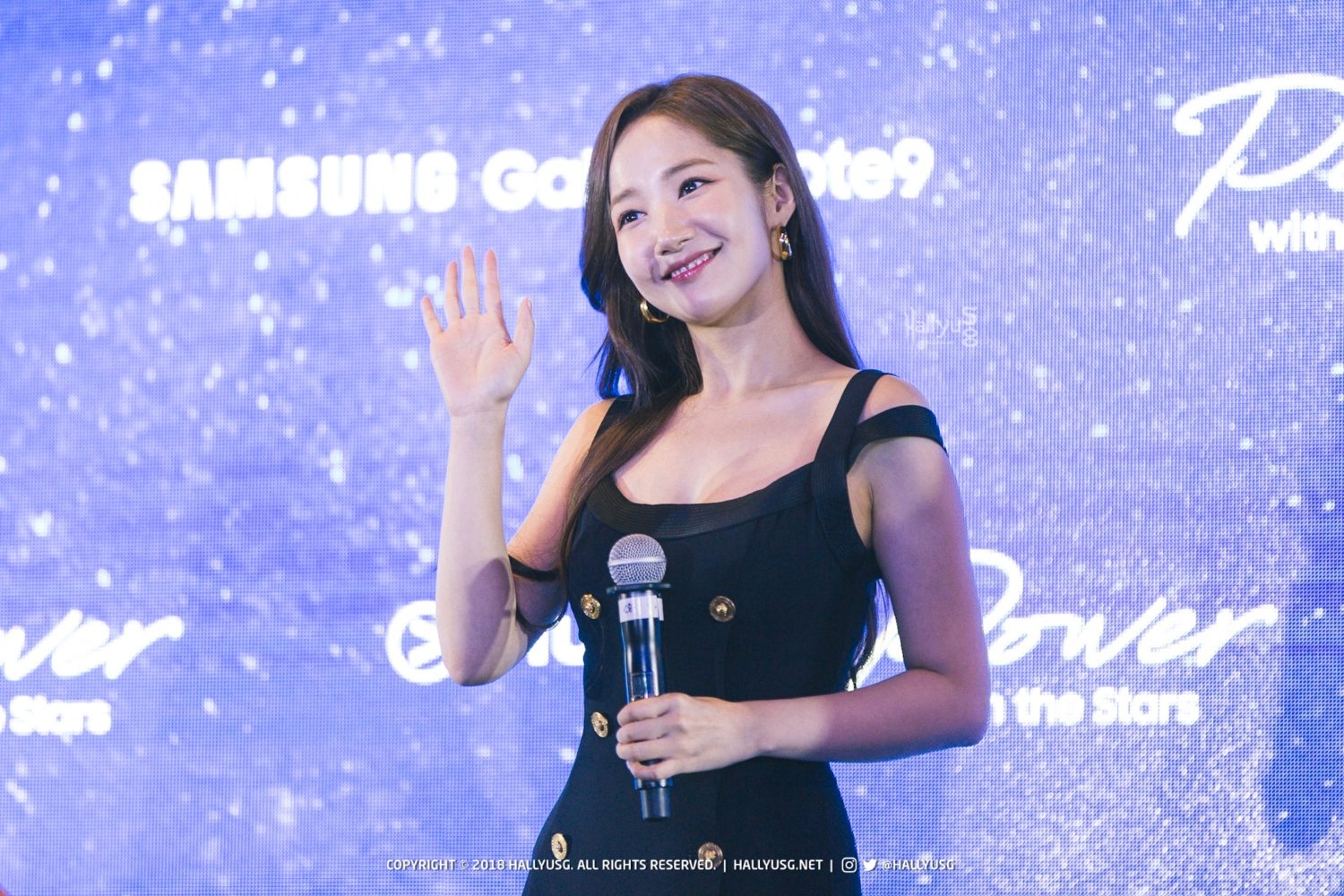 Though its release date has not been confirmed, the Samsung Galaxy Note9 smartphone can now be preordered through the telcos in Singapore.

Catch Park Min Young on ‘What’s Wrong with Secretary Kim‘ and Kim Jong Kook on ‘Running Man‘, ‘Mom’s Diary‘ and ‘Dragon Club (Season 1)’ on Viu.com or via the Viu app!

[COVER] 3 Things We Love About TWICE And TWICELAND In Singapore