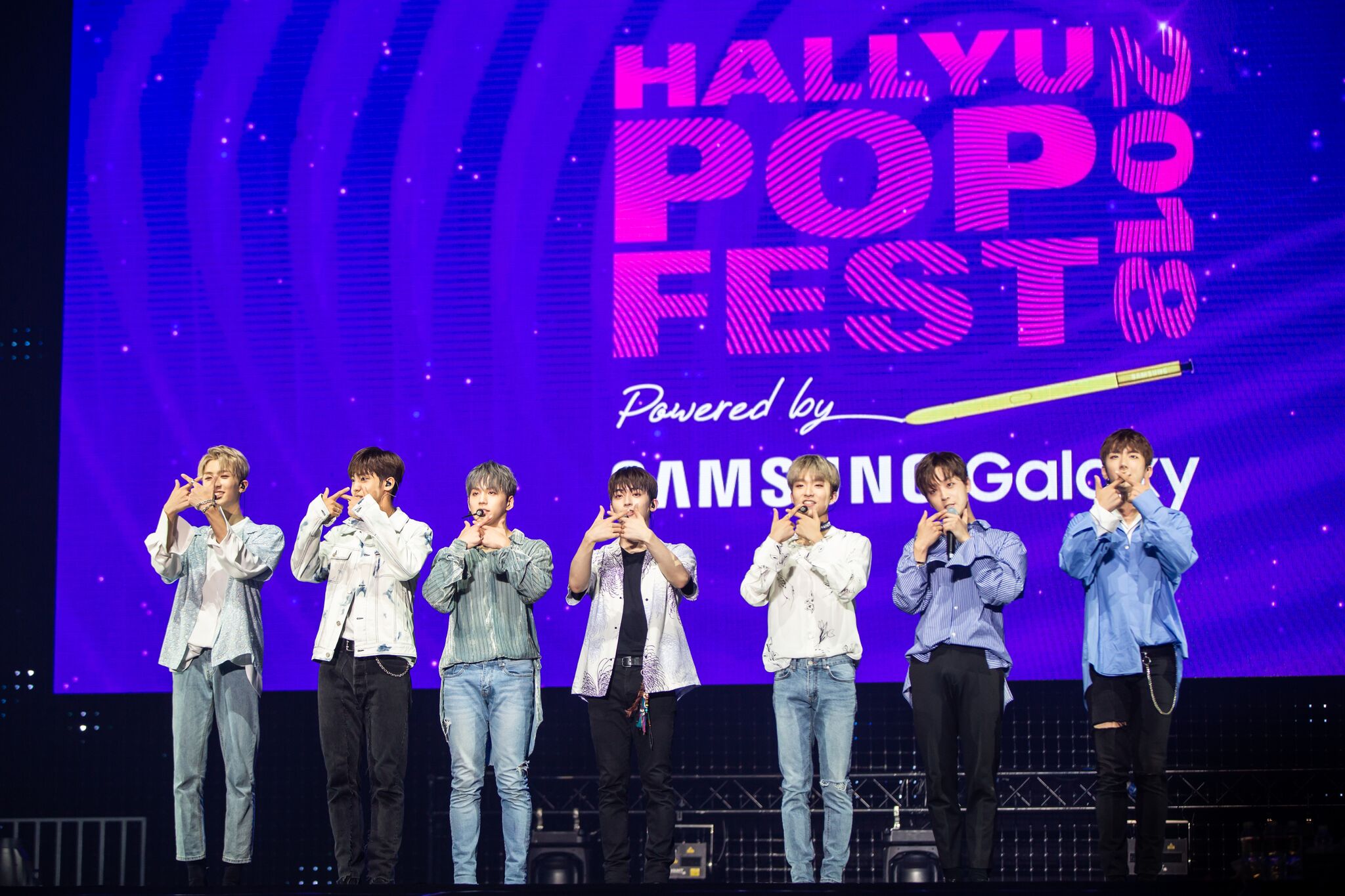 Priding itself as South East Asia’s largest K-pop festival and the first of its kind in Singapore, HallyuPopFest 2018 was definitely one K-pop event that fans of K-pop would not have wanted to miss! Featured over 100 idols from South Korea, ranging from both rookies to veterans, the star-studded lineup has just recently concluded their 3-day event with a bang. 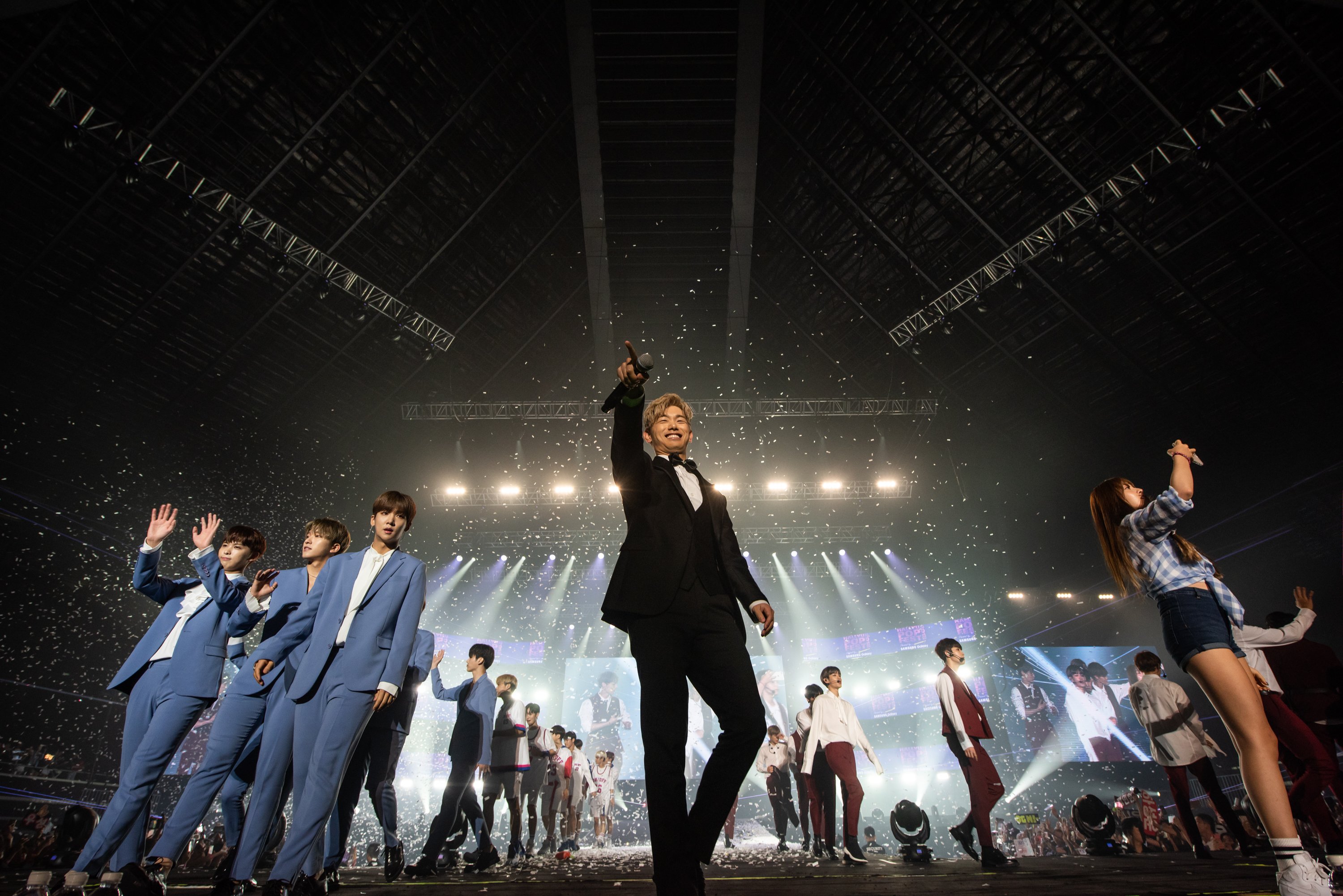 From September 7 to 9, lucky fans were treated to a thrilling concert at the Singapore Indoor Stadium, the scale of which rivals what we often see in Korean productions, and it comes to no surprise as H.A.H Entertainment (the organiser) had engaged the help of Flax & Co, a Korean events production company. 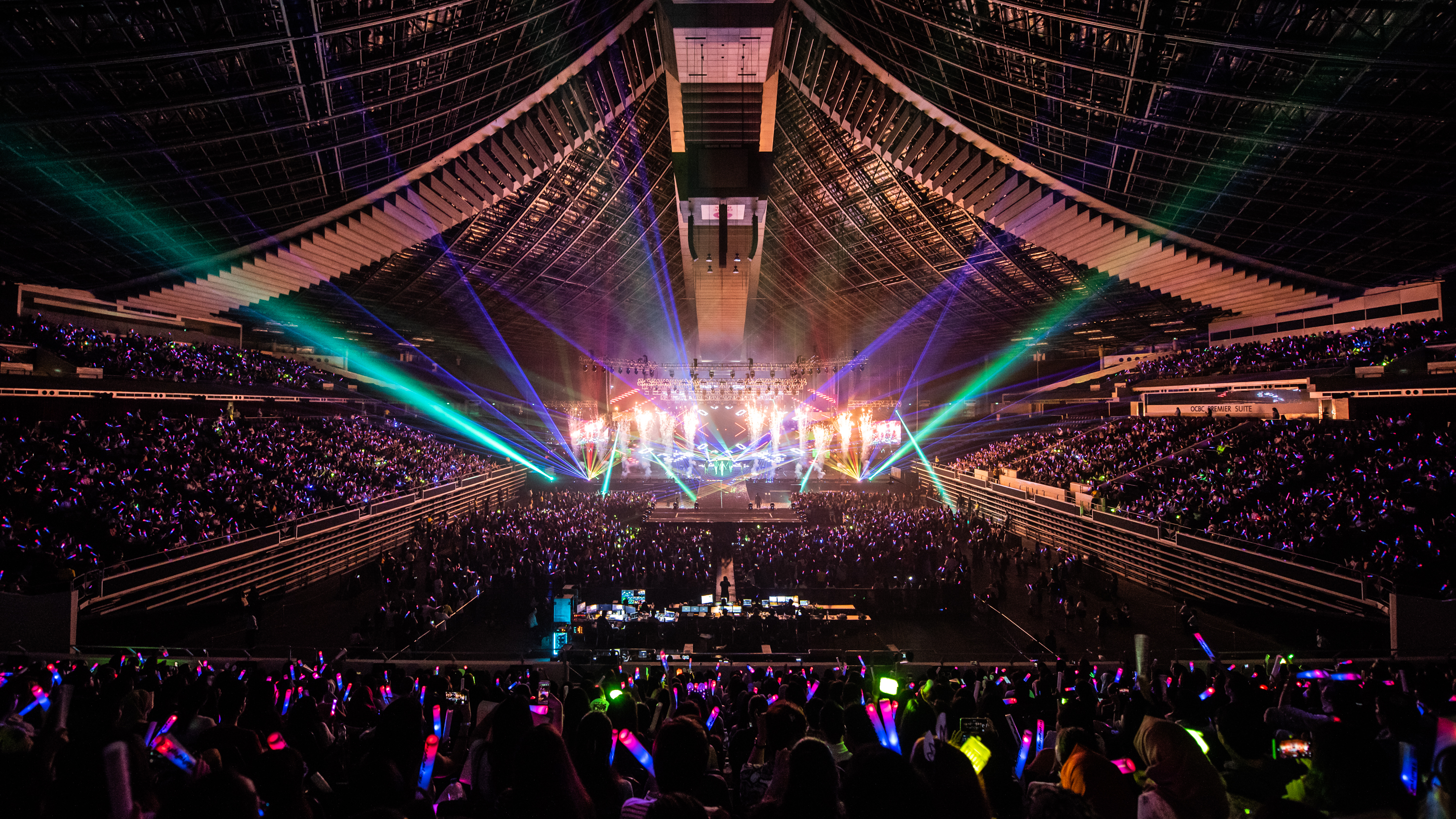 With many of its equipment and staff being imported from the land of K-pop itself, concert goers were definitely in for both a visual and audio spectacle.

From dusk to dawn, K-pop fans enjoyed a range of activities in and at the venue. In the morning, fans can attempt to strut their stuff at the global auditions held by entertainment labels like Cube Entertainment, Starship Entertainment and Jellyfish Entertainment. These companies are house to some of the largest names in the K-pop industry, including: BTOB, PENTAGON, VIXX, MONSTA X and many more. Successful auditionees have the chance of becoming a trainee for those companies and who knows, we might even see a Singaporean debuting in a K-pop group in the future! 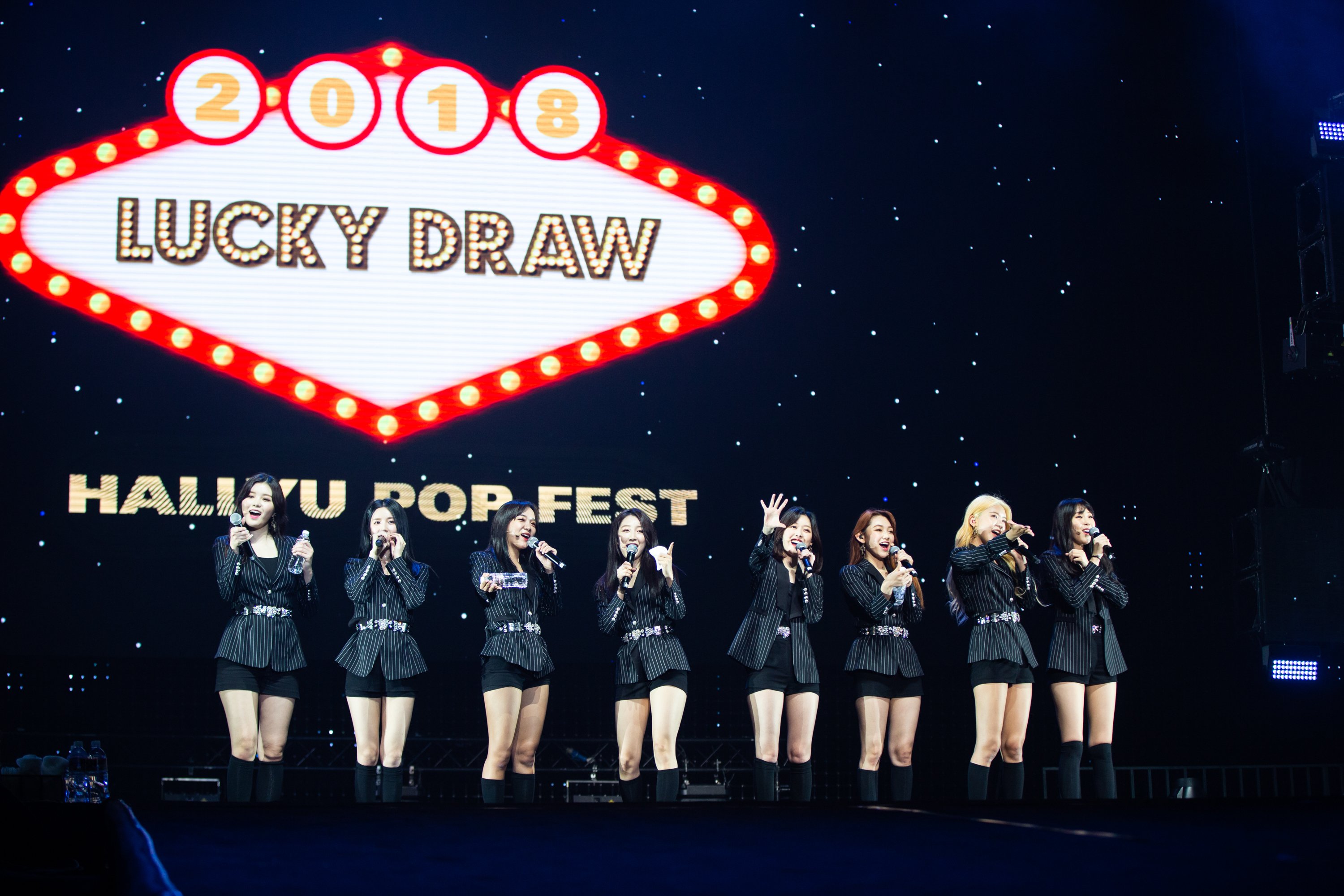 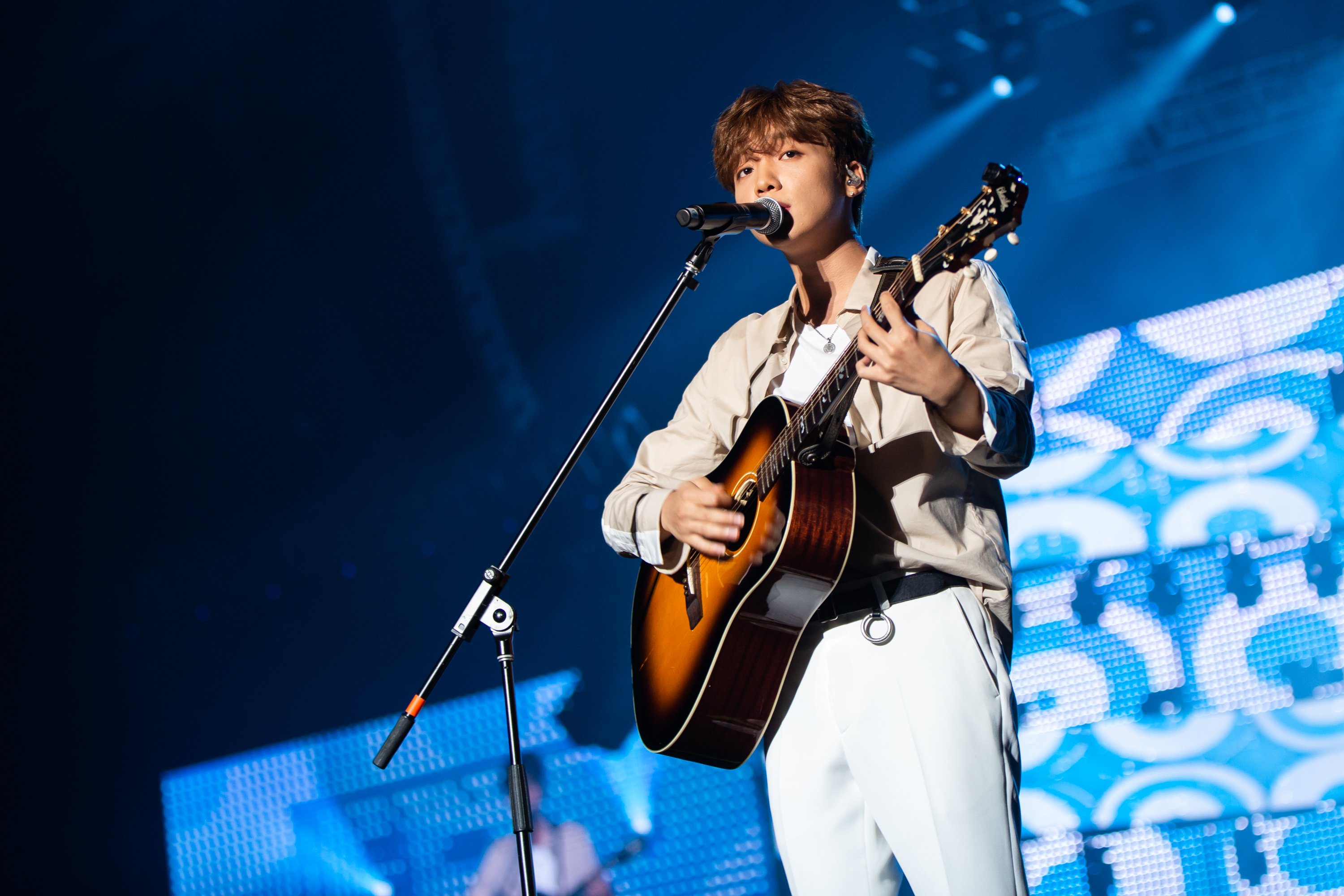 Jeong Sewoon with his guitar, Pudding, serenading the crowd with his honey vocals in “Toc, toC!” and “Irony”! 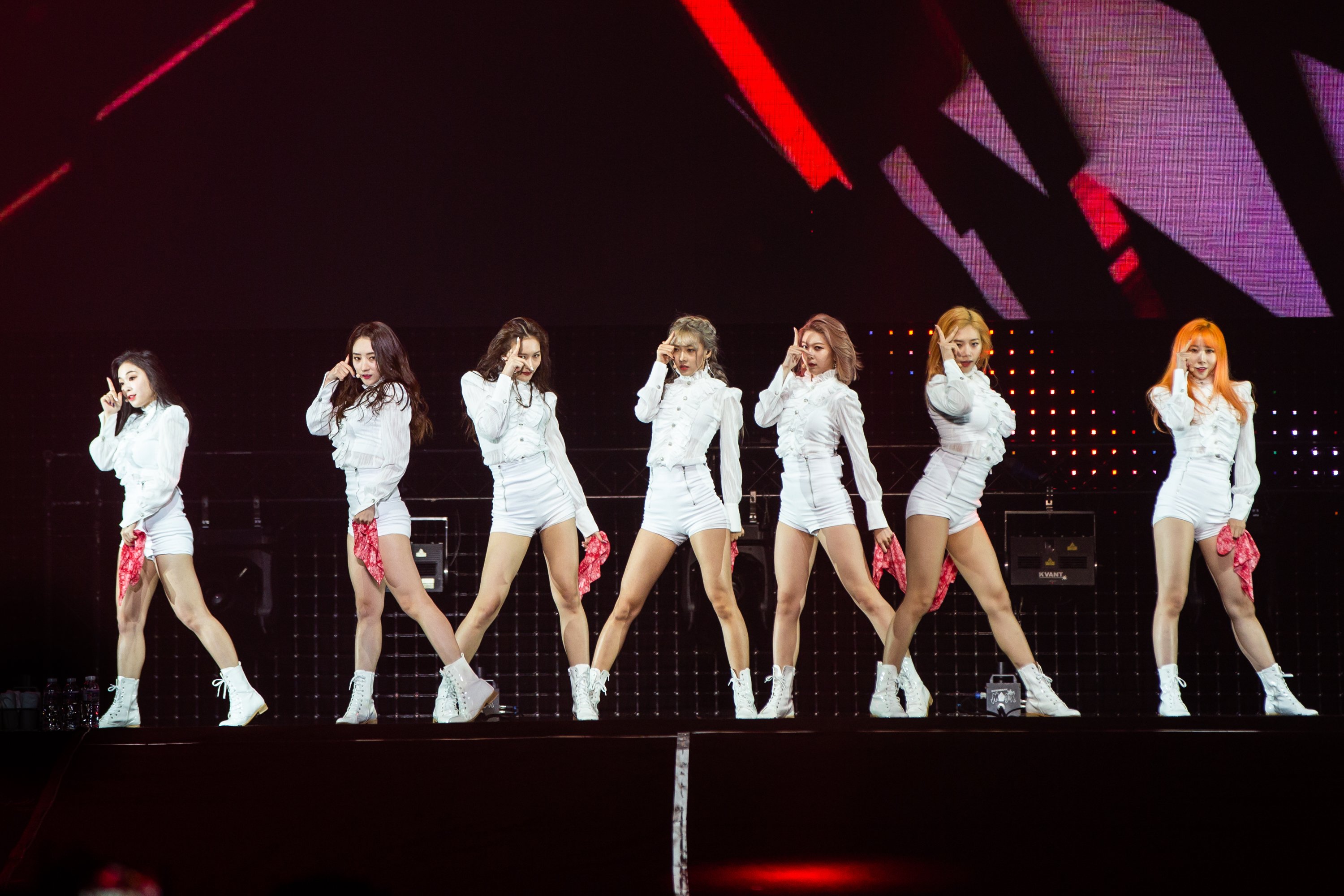 Dreamcatcher charming the crowd with their stellar vocals and impressive dance routine.

Apart from singing their hits and interacting with fans up-close, a lucky draw was also conducted daily, and fans were treated to a variety of surprises. While some groups were picked to pose for their fans, some others were picked to give their personal items away or attempt a random play dance. Nonetheless, it was definitely a win for the fans (myself included) as they got to see a new side to their favorite idols .

Straight after the showcase, fans can catch a glimpse of all their favorite idols on the red carpet! The public event was so popular that fans queued from the wee hours in hopes of securing a good spot. 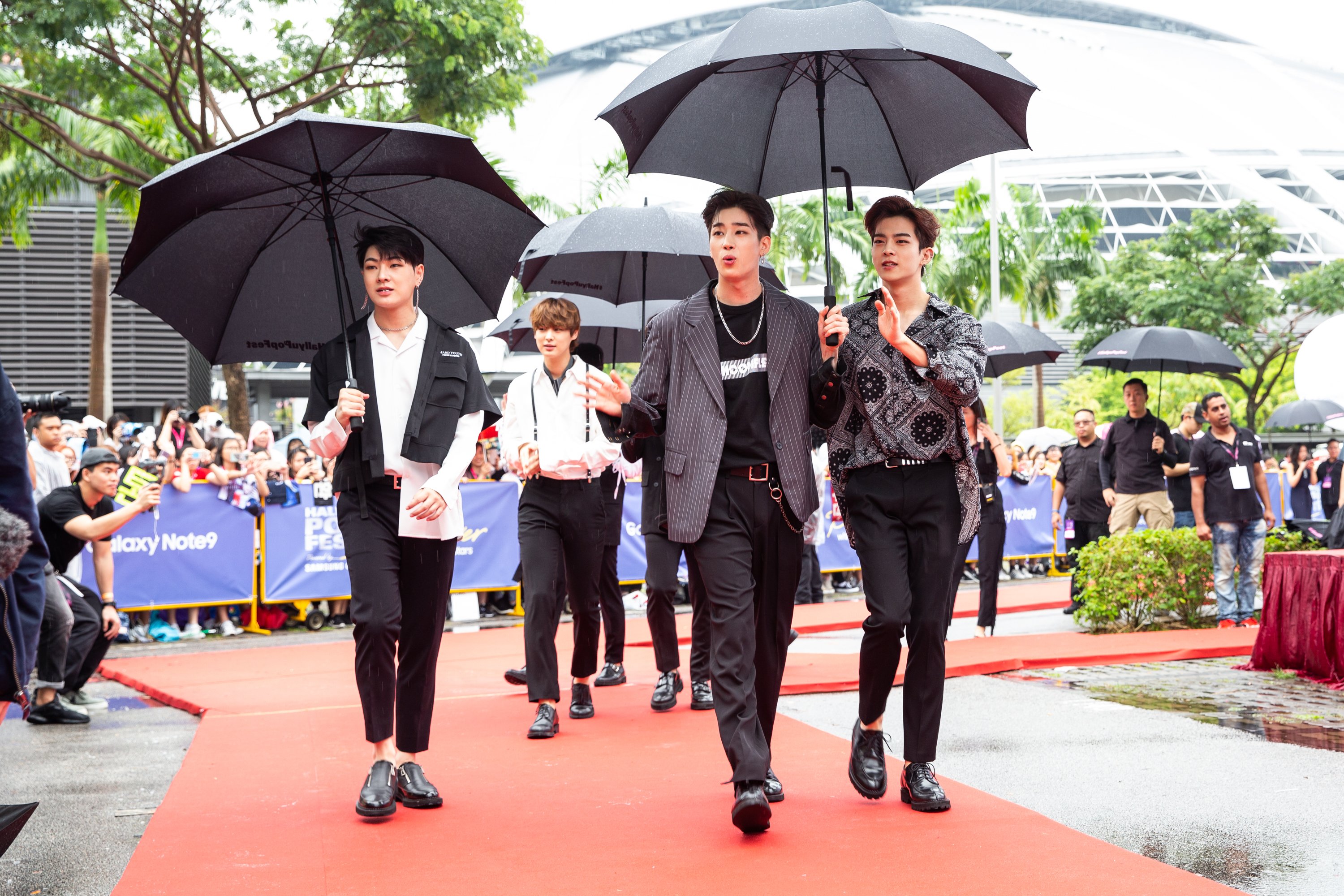 Although the weather was volatile for all 3 days, the fans’ passion was not deterred and if anything, the ardent fans only grew even more enthusiastic when their favorites appeared. 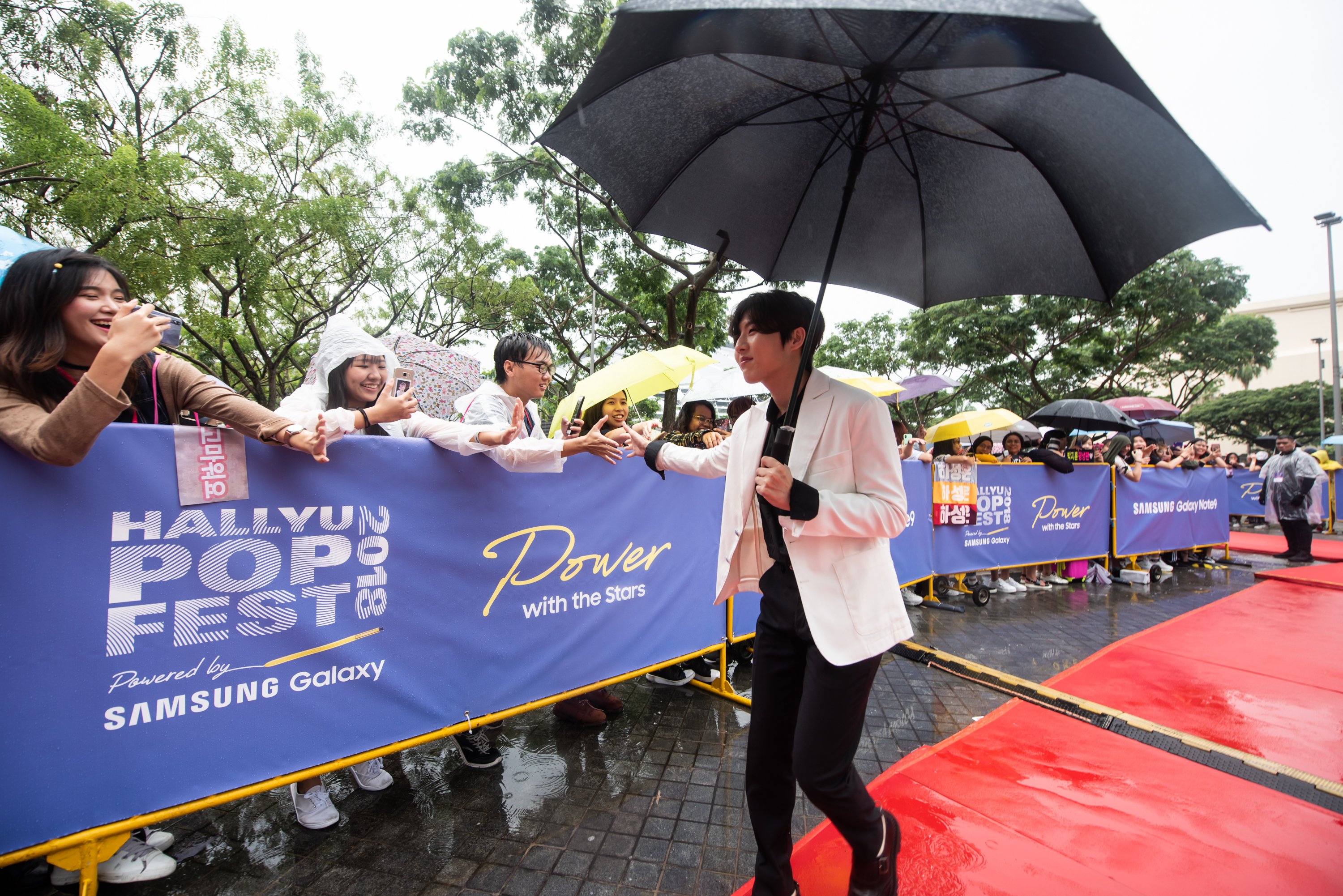 Many had even braved the rain in an attempt to capture their idols on camera and/or cheer them on up front. Such dedication! 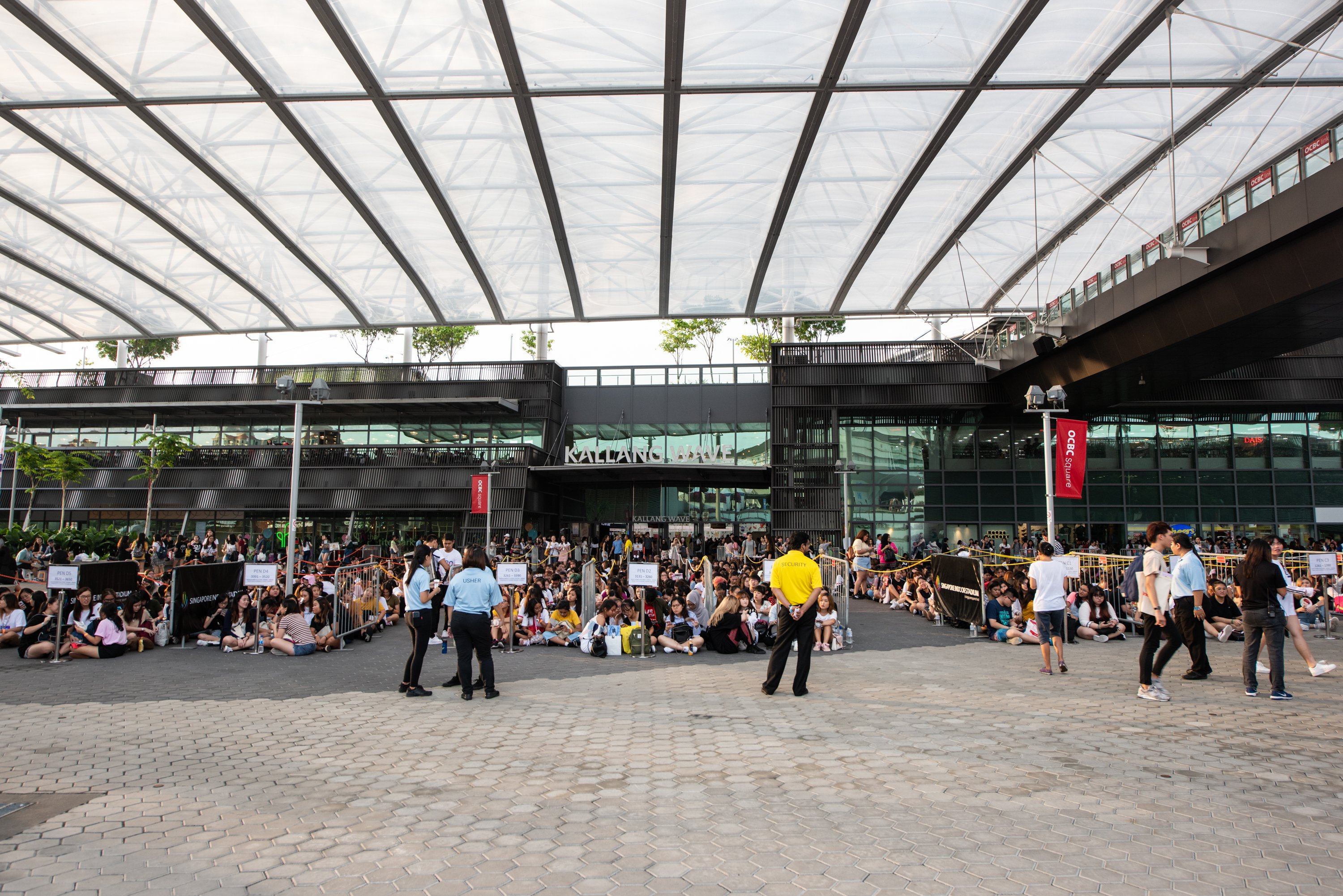 After the sun had set, fans were ushered into the stadium to catch the evening concert (which lasted for 3 full hours!). The entire lineup from the start to the end was full of nonstop K-pop action. From emotional ballads to heart thumping dance tracks from both first time and frequent visitors to Singapore, fans were all in for a treat. 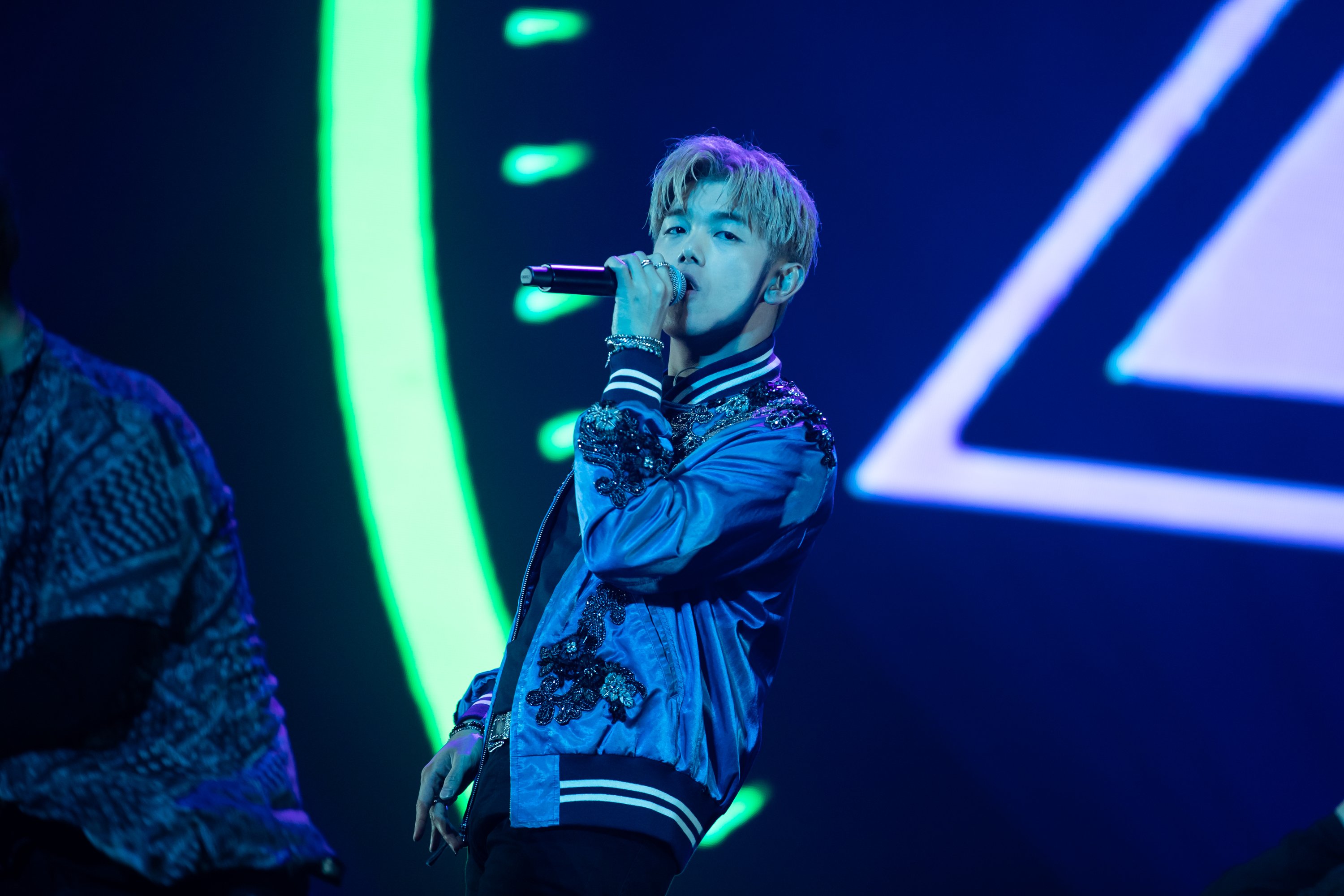 Eric Nam started off the entire festival and showed off his versatility through his engaging hosting and powerful stages such as “Potion”, “Don’t Call Me” and much more! 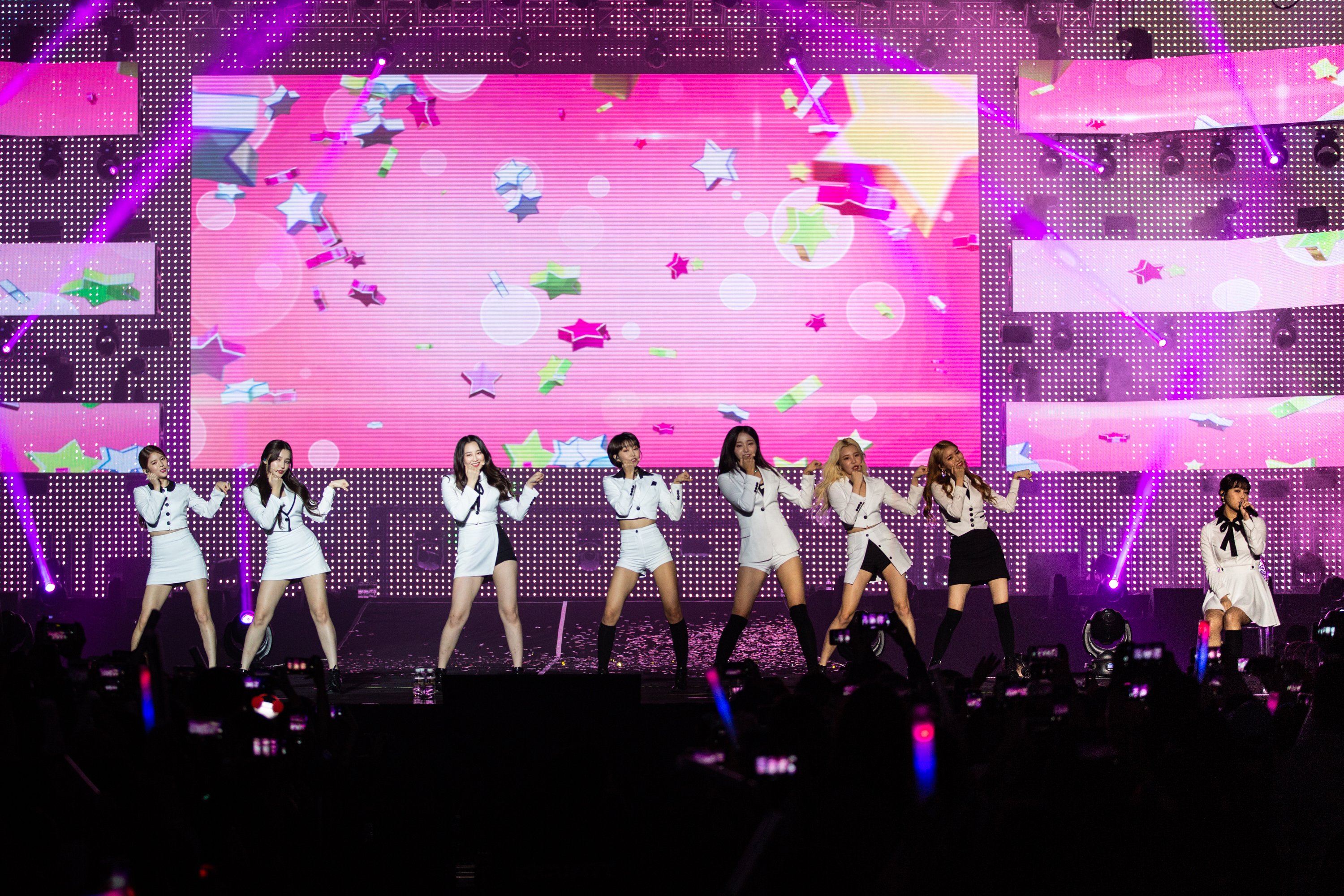 Despite having one member down due to an injury, MOMOLAND got the crowd excited with their catchy and addictive tunes like “Bboom Bboom”, “BAAM” and “Welcome to MOMOLAND”. Their enthusiasm was definitely second to none. 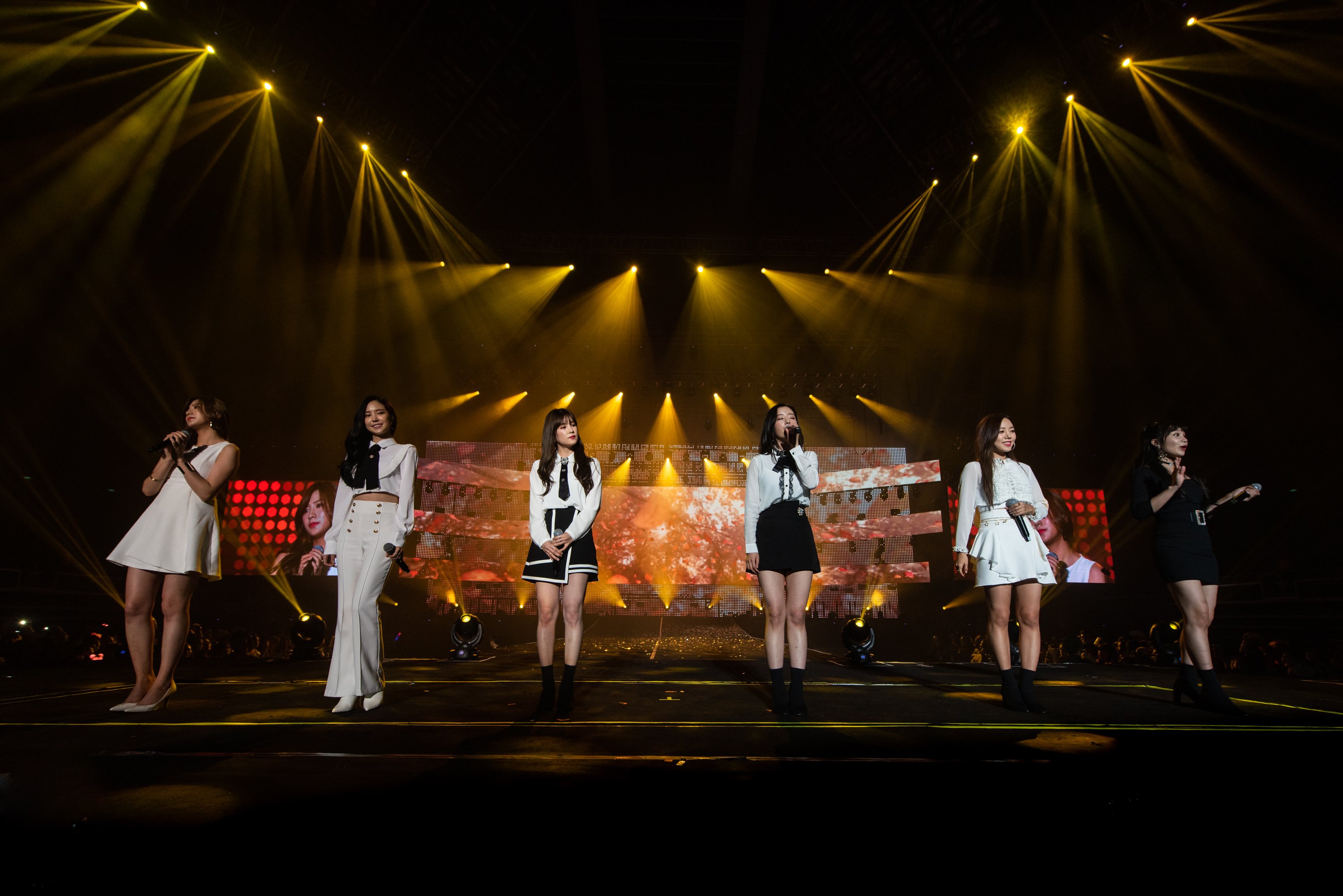 This festival also marks Apink’s return to Singapore after a long time and fans were very eager to hear them perform hits such as, “Mr. Chu”, “LUV” and “NoNoNo”. 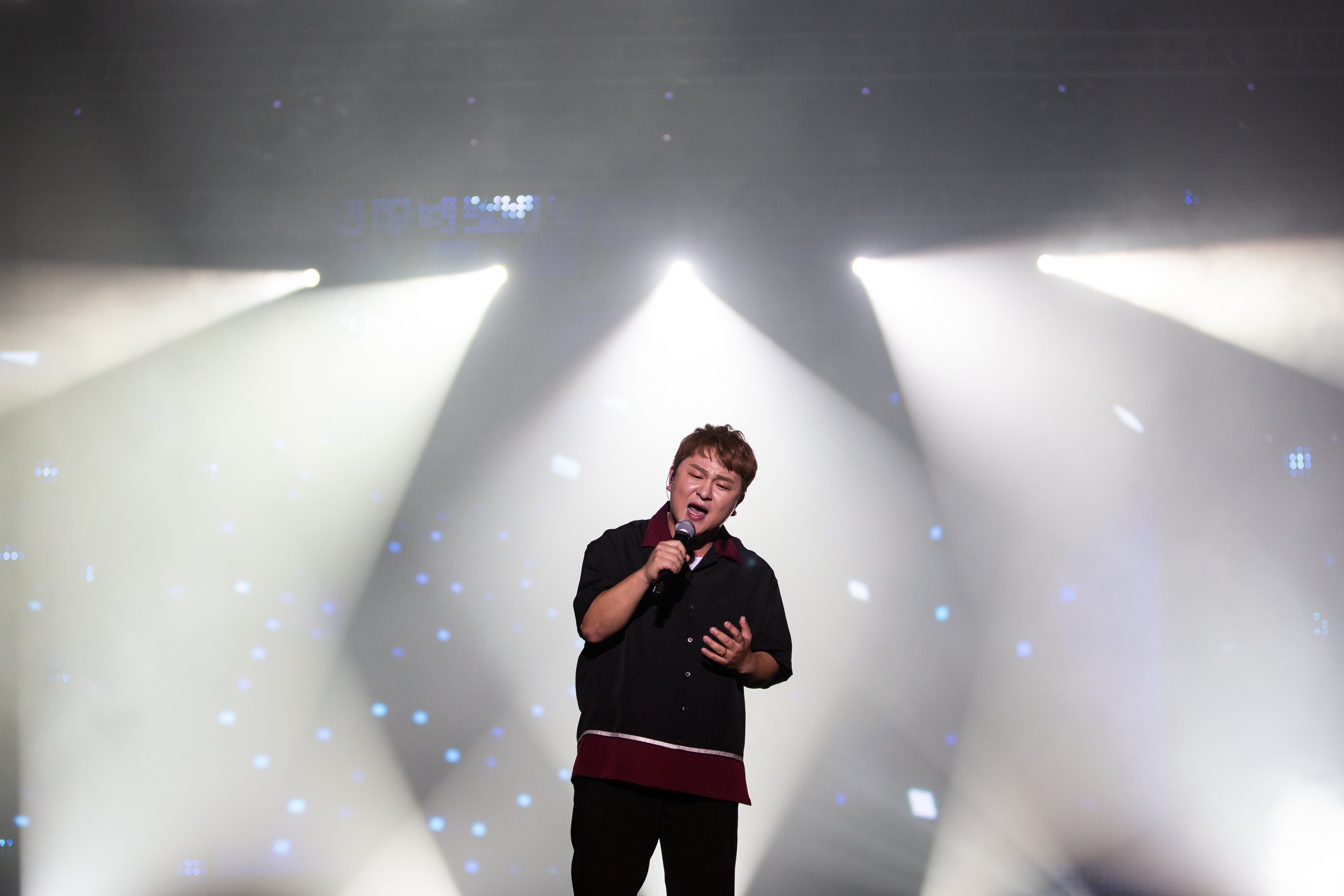 Huh Gak also made the entire crowd emotional with his passionate singing in “Please Don’t Forget Me”, and thanked them for singing along to “As Always”. The entire stage was oozing with feels and I’m sure that fans who were there thought the same too. 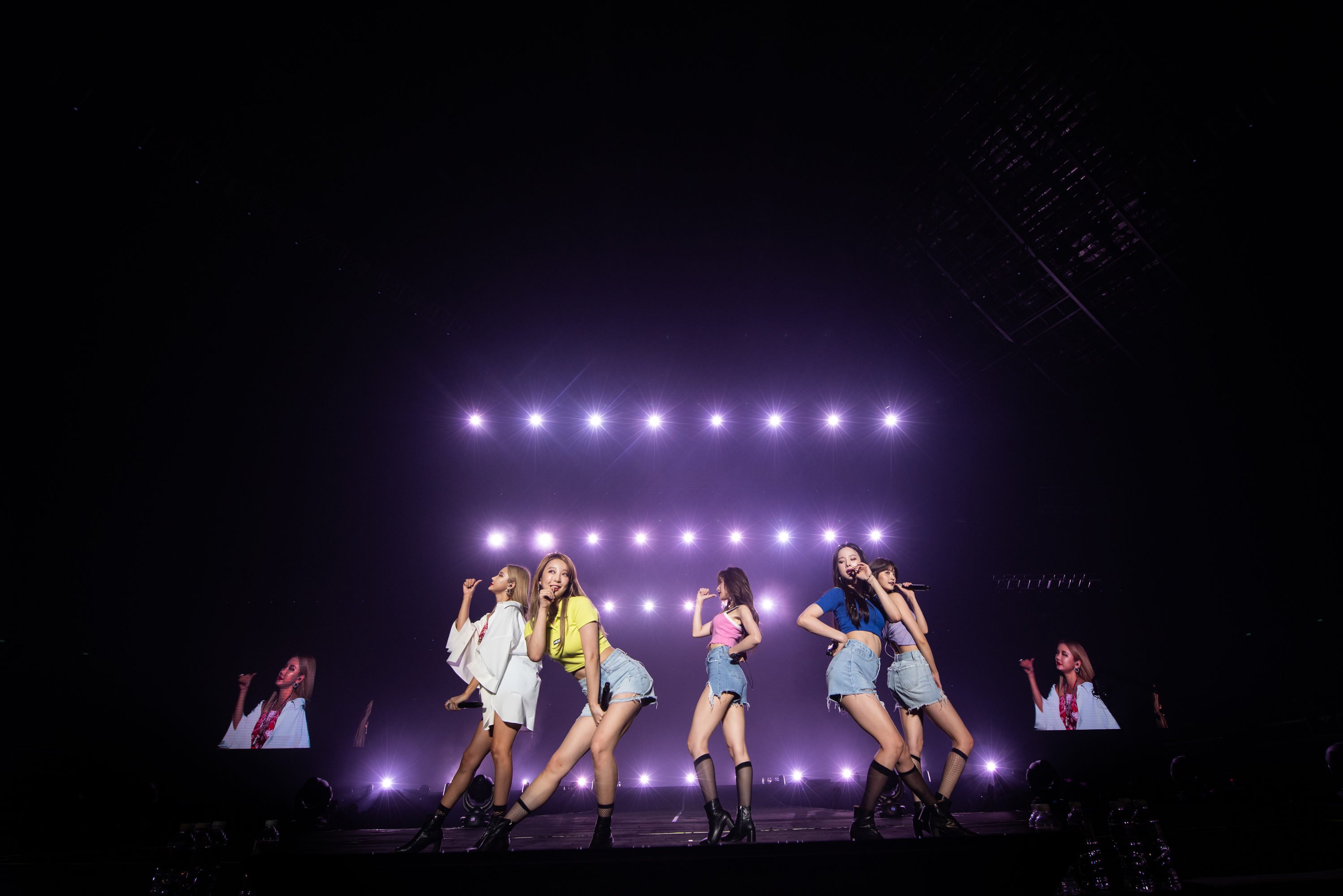 EXID’s much anticipated performance at HallyuPopFest that marked their return as a 5-membered group after a full 2 years. Fans were treated to a slew of hits from old classics like “Every Night” to newer songs like “DDD”. 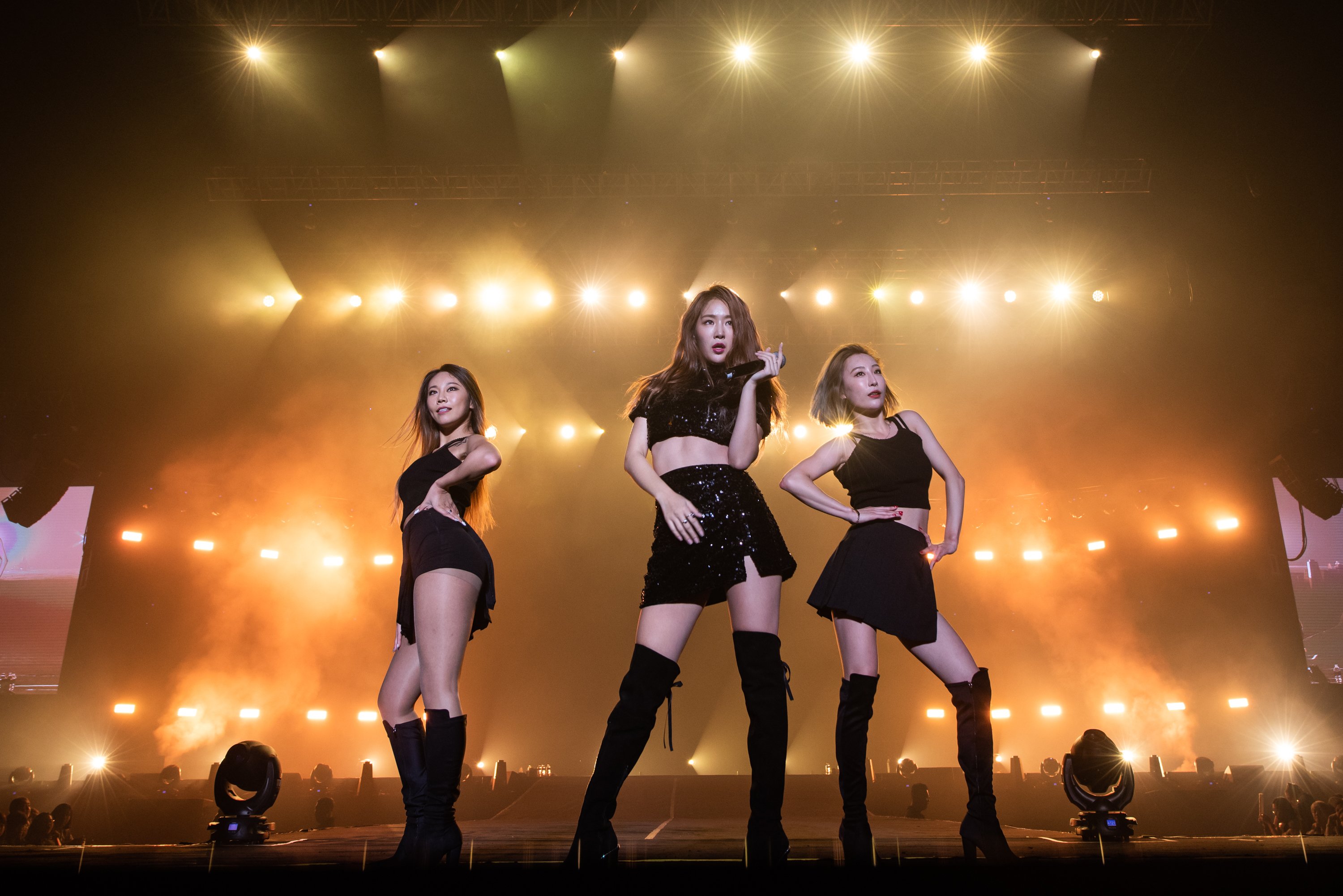 SOYOU marking her first visit to Singapore as a solo artist, singing her own songs like “Some” (which she performed with labelmate Jeong Sewoon!) along with exciting renditions of SISTAR’s “I Swear” and “Ma Boy”. Her performance definitely got the crowd wanting more. 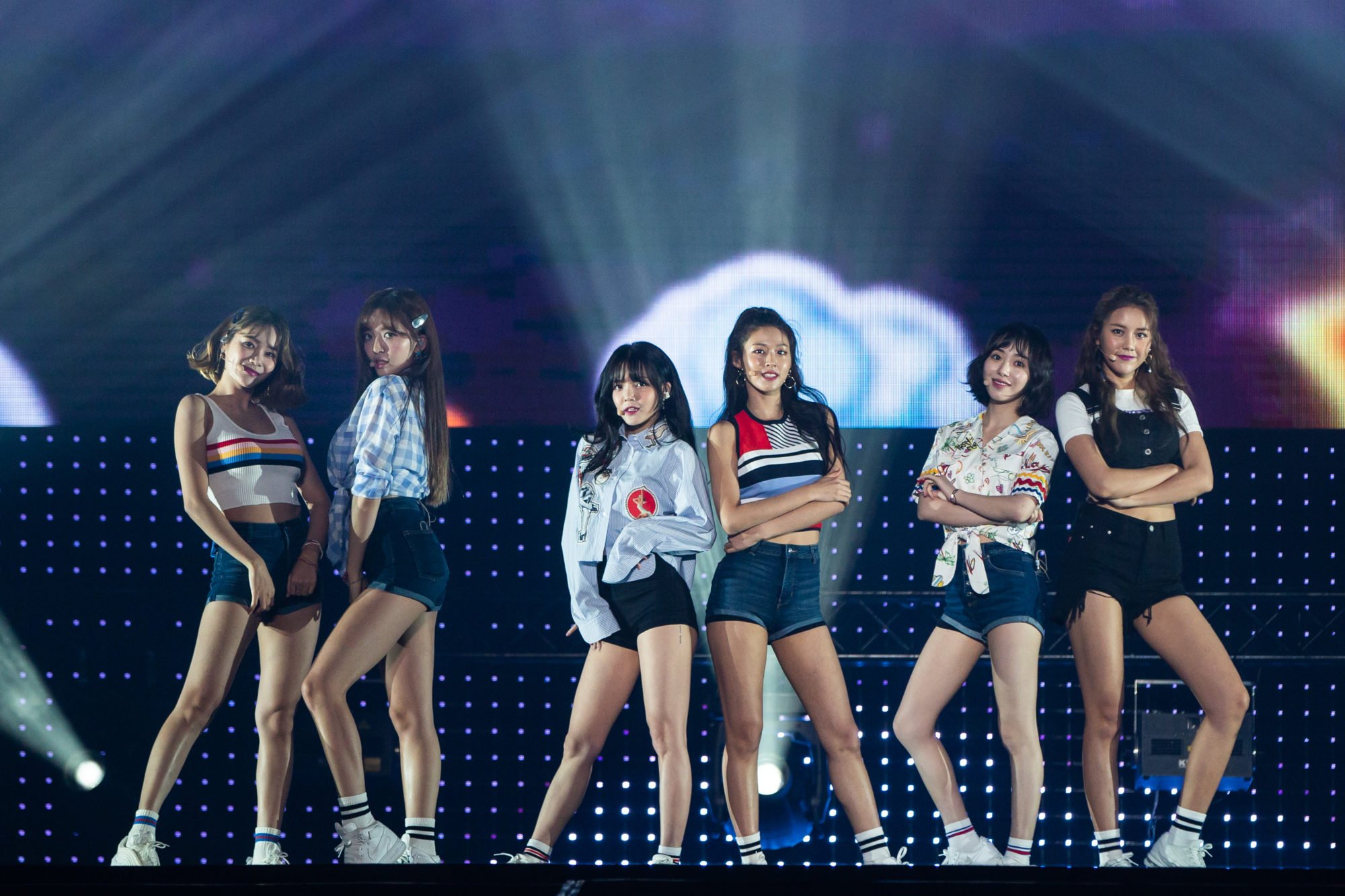 Angels AOA being the ultimate girl-crush with “Bingle Bangle”, “Heart Attack”, “Miniskirt” and many more! 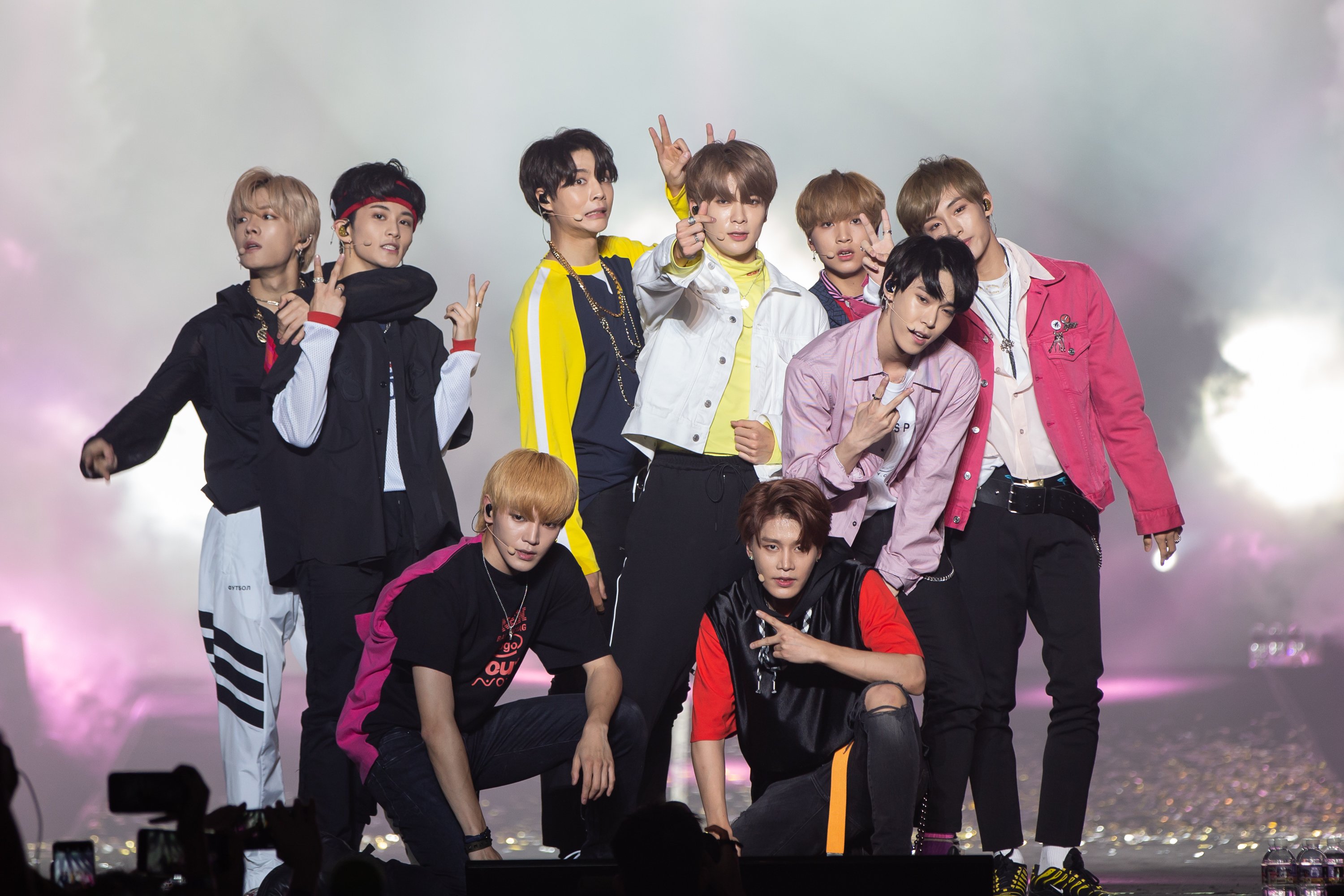 “Let’s Geddit!” NCT 127 making the fans go wild after performing fan favorites such as “Fire Truck”, “0 Mile” and “Cherry Bomb” in Singapore for the first time. 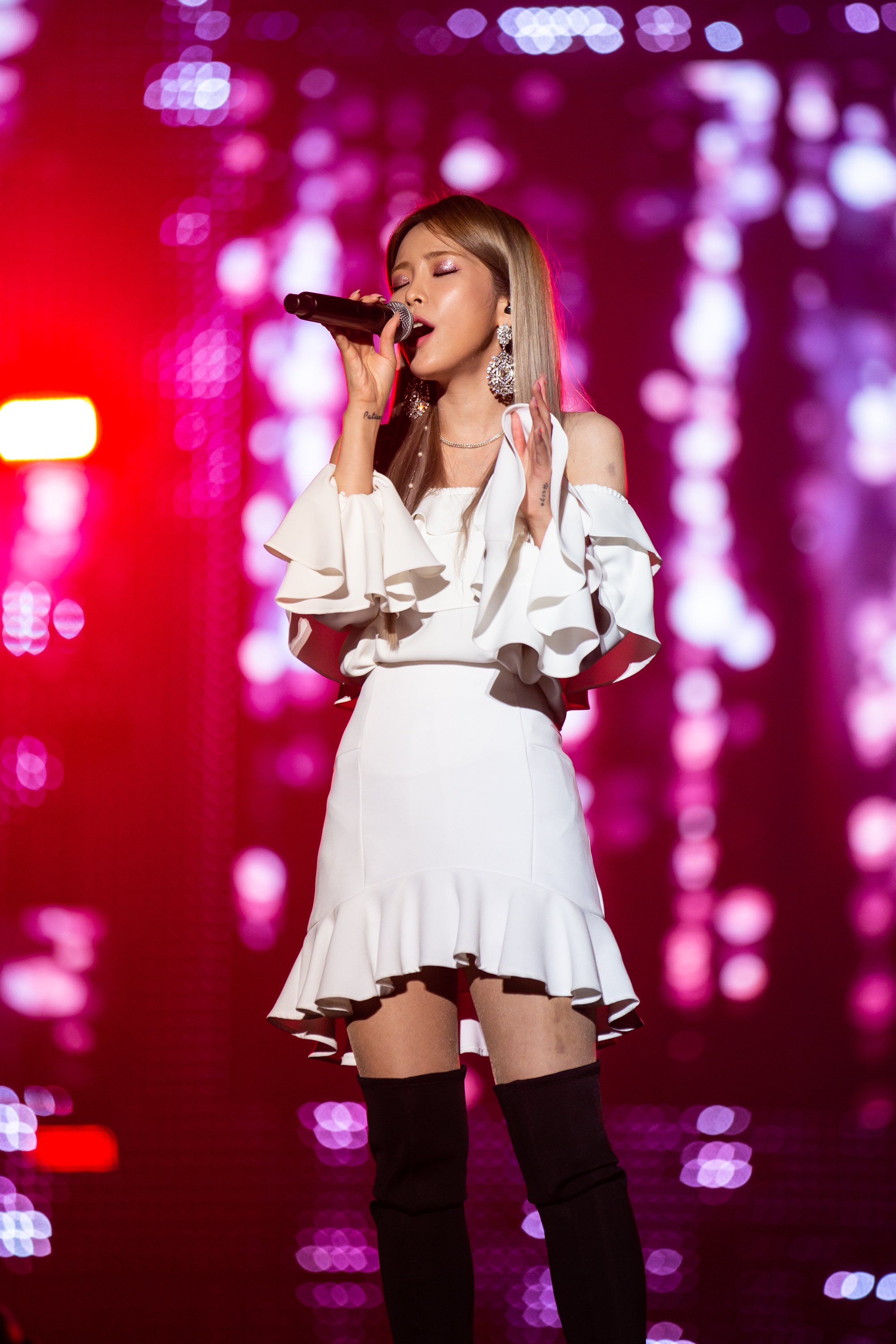 Heize being an all-round cutie with her impeccable fanservice (she literally tried spotting all her fans) and showing a different side to herself when belting out her hits like “And July” and “You, Clouds, Rain”. 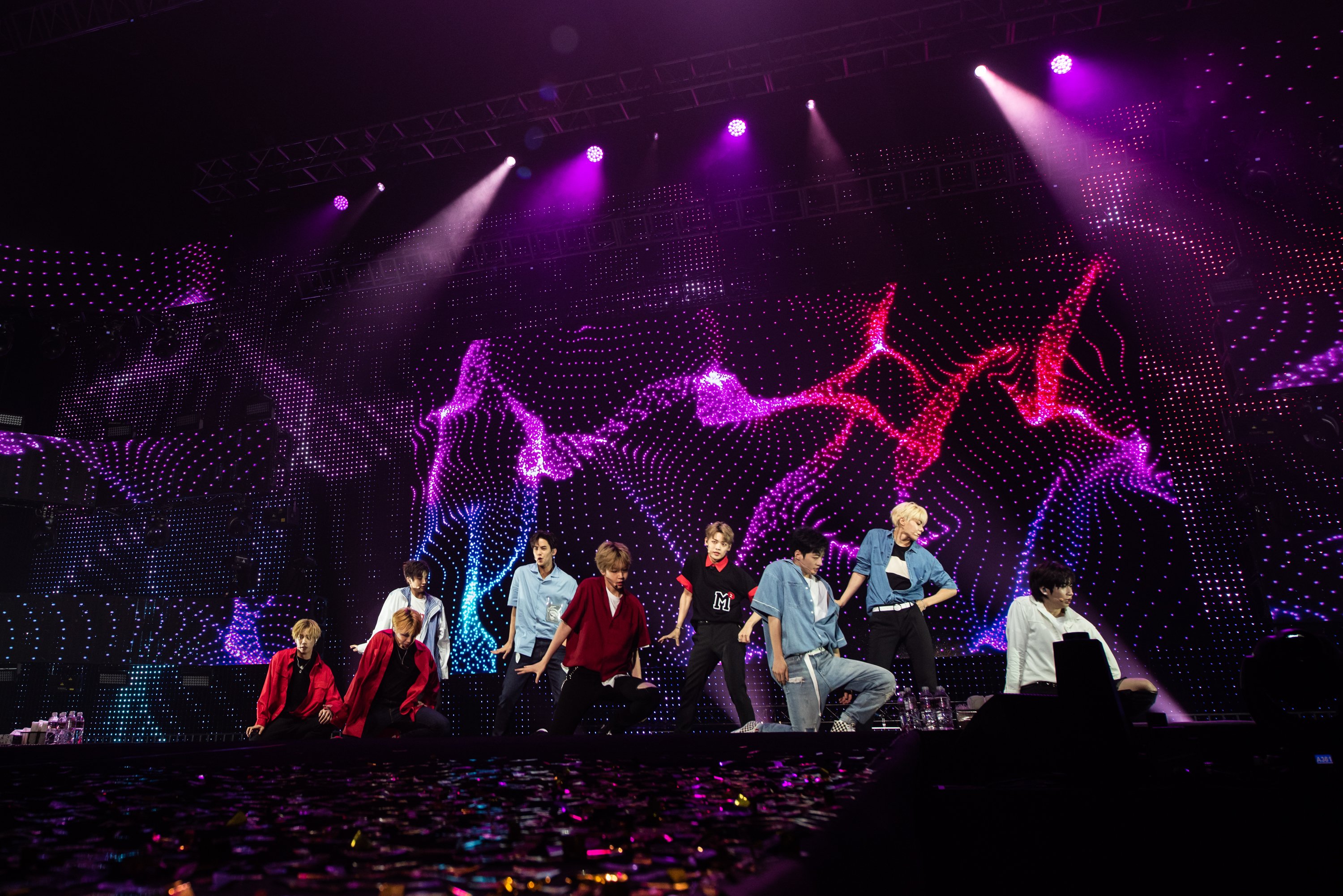 UNB dominating the entire stage and becoming the crowd favorites with their powerful and visually captivating dances in “Feeling” and “Black Heart”. 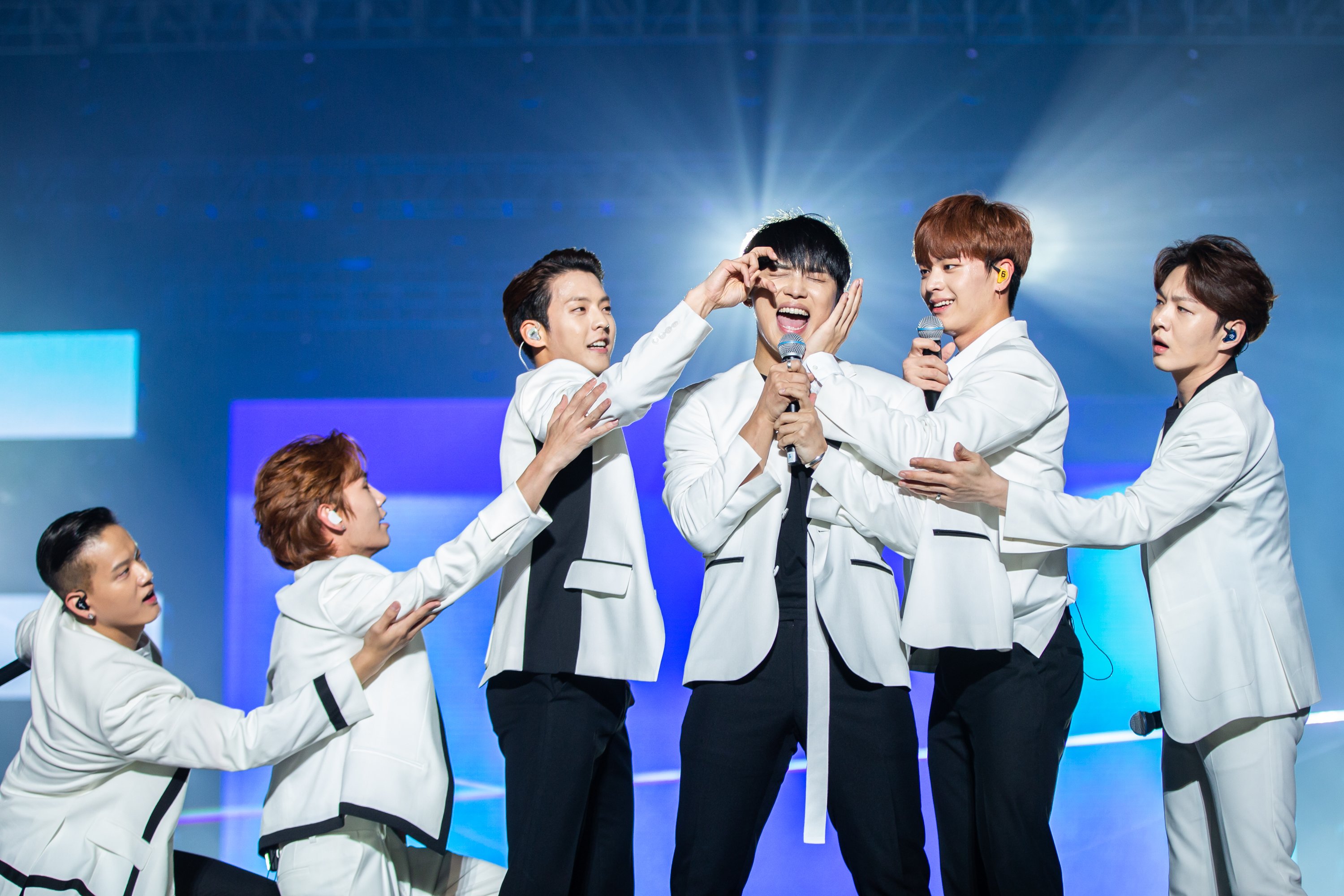 “Hwaiting Eunkwang!” Despite missing a member, BTOB never fail to entertain the crowd with catchy songs such as “Missing You” and “Only One For Me”, and not to mention their funny antics and adorable attempts in speaking English. 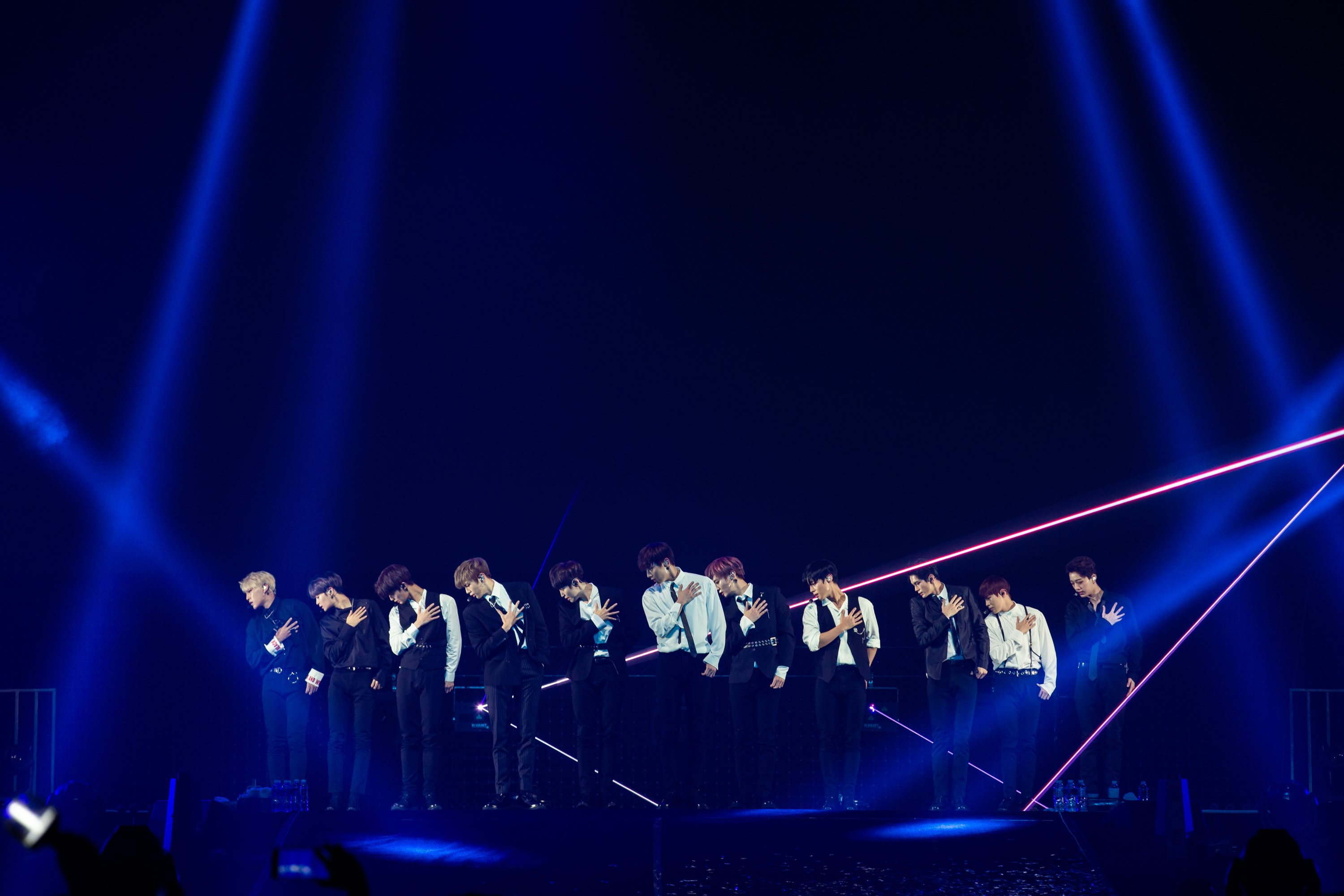 It was also Wanna One’s return to Singapore after 2 long months and although some members seemed to be feeling unwell, they successfully closed day 1 and 2 of the concert with their powerful performances in “BOOMERANG”, “Light” and “Energetic”. 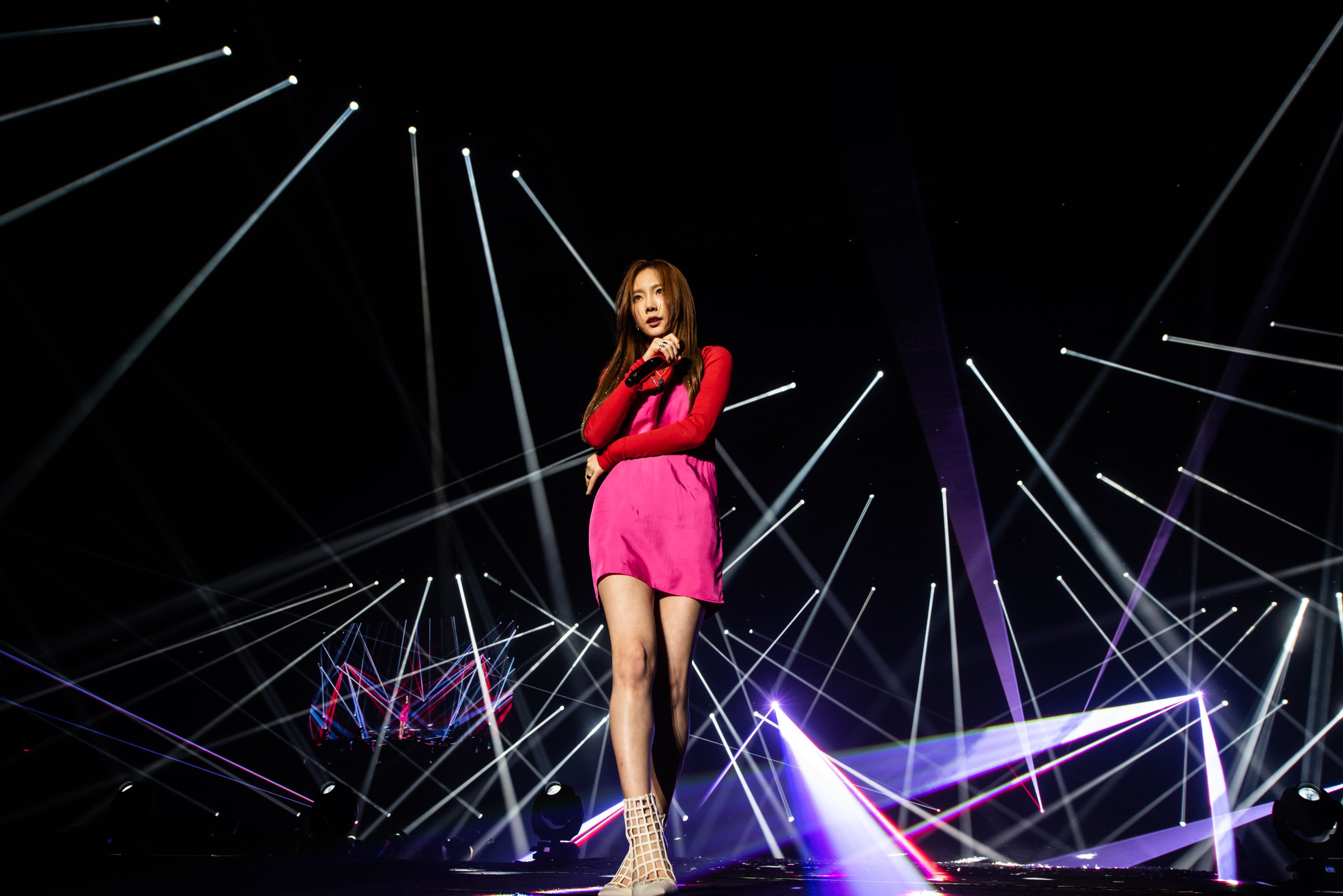 TAEYEON showing the crowd why she’s the Queen of Vocals as she closes the last and final day of HallyuPopFest with songs such as “I”, “Something New” and “Feel So Fine”.

For the concertgoers who attended all 3 days of the festival and were treated to a K-pop packed weekend, this concert was definitely a memorable one. With the promise of returning next year for HallyuPopFest 2019, fans can expect the concert next year to be bigger, better and even more spectacular, for this is just the beginning.