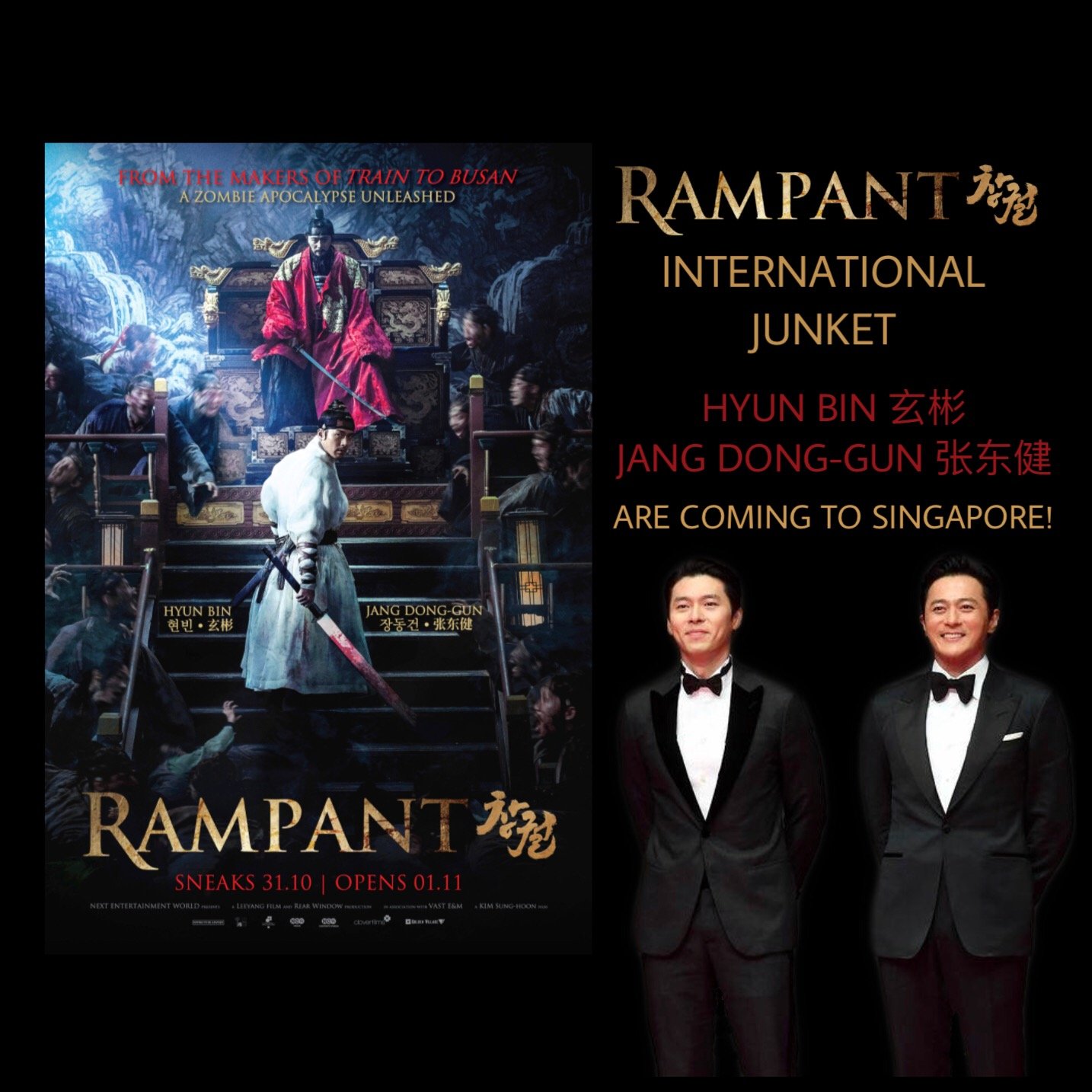 Following the hit release of ‘Train to Busan’, the makers of the international zombie blockbuster has joined forces once again to produce the film, ‘RAMPANT’! Alongside 2 of the biggest names in Korean cinematic history, Hyun Bin (Secret Garden and The Negotiation) and Jang Dong Geun (7 Years of Night and Taegukgi), this action-packed film is said to be the first that combines elements of a period drama together with features from the ever-popular zombie genre. Fans can also look forward to seeing the 2 actors biggest onscreen face-off yet!

To commemorate the release of the upcoming hit, the 2 actors will be making their way to Singapore with director Kim Sung-Hoon (Confidential Assignment and A Wonderful Moment), to talk about the film at their first and only international junket on 30 October 2018. Apart from attending the press conference and gracing the gala premiere, fans can expect to get up-close and personal with the stars and director at the public meet & greet event! (Find out more details here)

‘RAMPANT‘ is a historical action film that tells the story of the undead demons that are rampant in Joseon. With the country on the verge of collapse, Prince Ganglim (Hyun Bin) returns to Joseon, only to be greeted with peasants who seem to be infected with a mysterious virus. He is forced to kill his own people alongside Baron Park (Jo Woo-Jin) and his men, and he unwillingly joins their crusade to eliminate all the demons before they reach the royal palace. Meanwhile, Minister of War Kim Ja-joon (Jang Dong-Gun) has his eyes set on the throne and uses his authority and influence to gather enough support to dethrone the king and uses the virus to create chaos in the palace.

Sneak previews of ‘RAMPANT’ will start on 31 October and the film will start screening island-wide in Singapore cinemas from 1 November. So mark your calendars and get your spooks on, it is time to rock out your Halloweekend with the movie, ‘RAMPANT’!