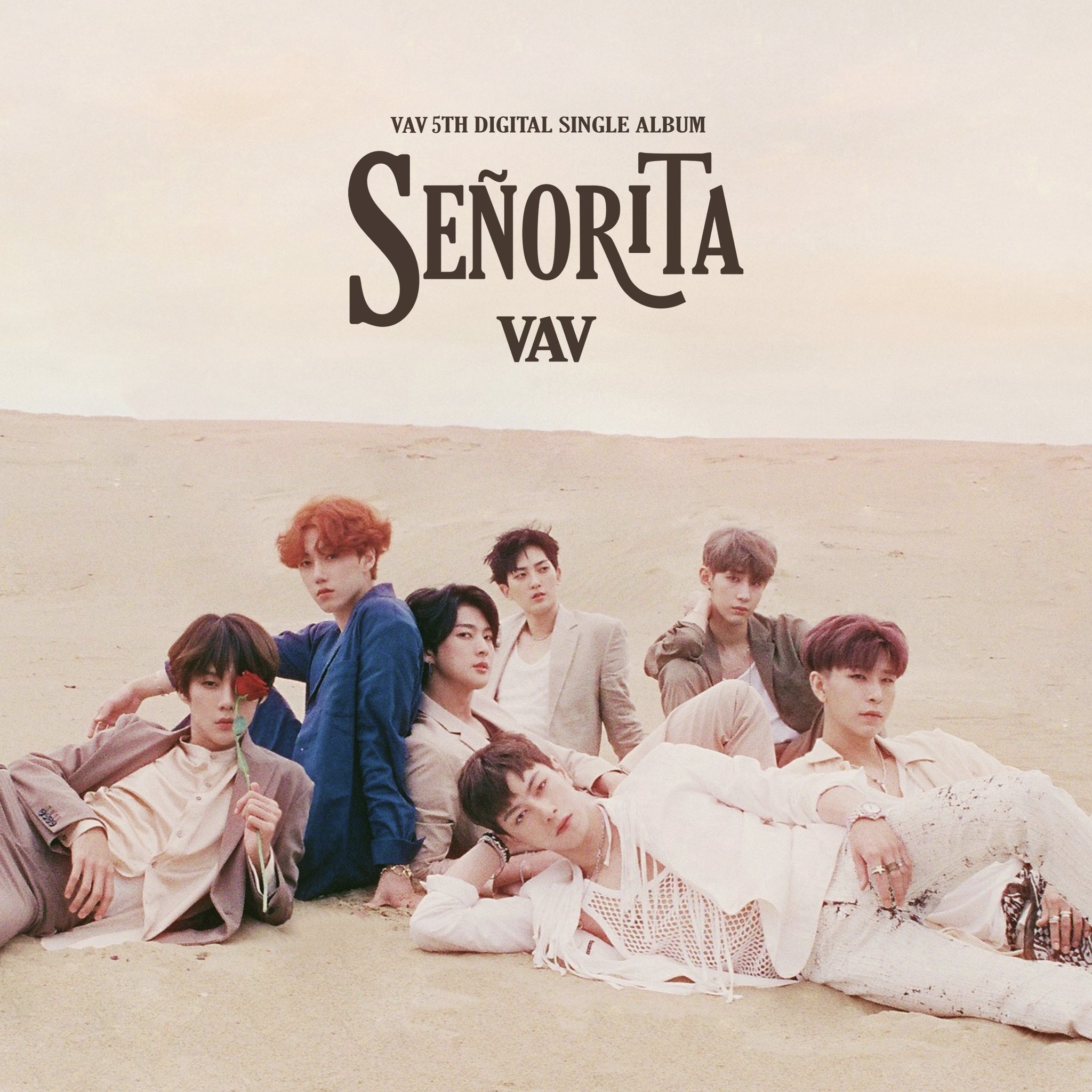 After wrapping up their overseas activities, VAV has released their 5th digital single and recently came back with a Latin pop track titled, “Señorita” on October 11th. The song is a remake, originally sung by German singer Kay One and it’s a track filled with trendy hip-hop beats and Latin pop melodies that are sure to get you hooked.

Members Ayno and Lou also took part in writing the lyrics for the song’s rap, so fans can definitely look forward to the track being filled with the members’ passionate emotions. Though the members have mentioned that it’s their first time trying out a Latin pop concept, the group once again proves that they are versatile idols capable of swinging you away with their romantic wild west concept and their awesome vocals!

Since its release on the 11th, this song proves to be a hit amongst the international fans. Not only has the song entered the Top 10 charts in the US and Mexico, the music video has also achieved more than 440,000 views in just 4 days! To commemorate the release of yet another successful single, we will be revealing a special interview just for all the VAMPZ out there so stay tuned to our channels to be the first to catch the exclusive release! 😉

[FEATURE] Getting To Know More About 4th Floor And Their Musical Journey!