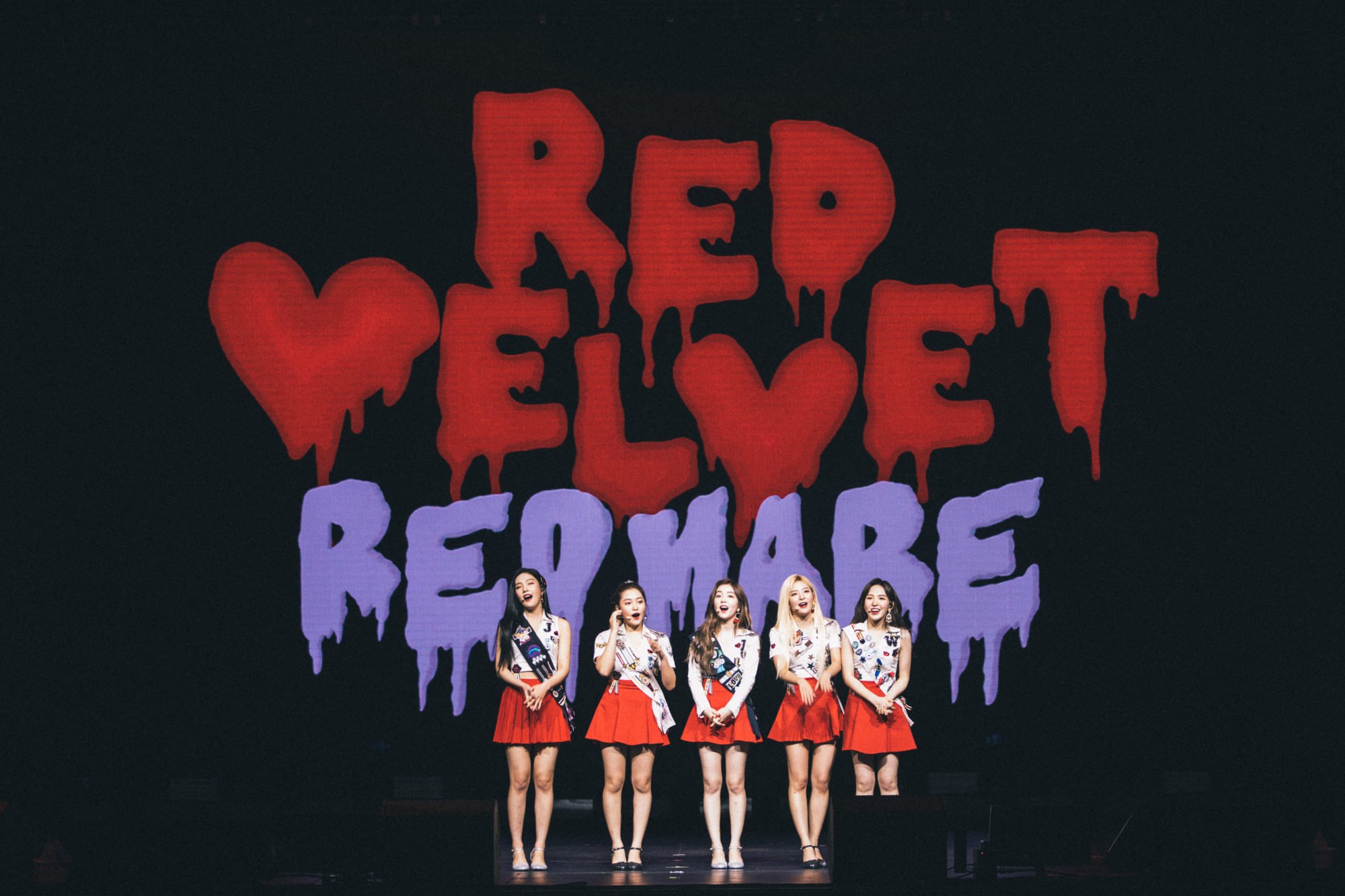 Almost a year after their last visit in Singapore for The Shilla Beauty Concert, Red Velvet was in town last Saturday (October 20) to perform at their second concert tour, titled “REDMARE“.

Held at The Star Theatre, the show also marked the girl group’s first ever solo concert in Singapore, drawing 4,000 fans in attendance. 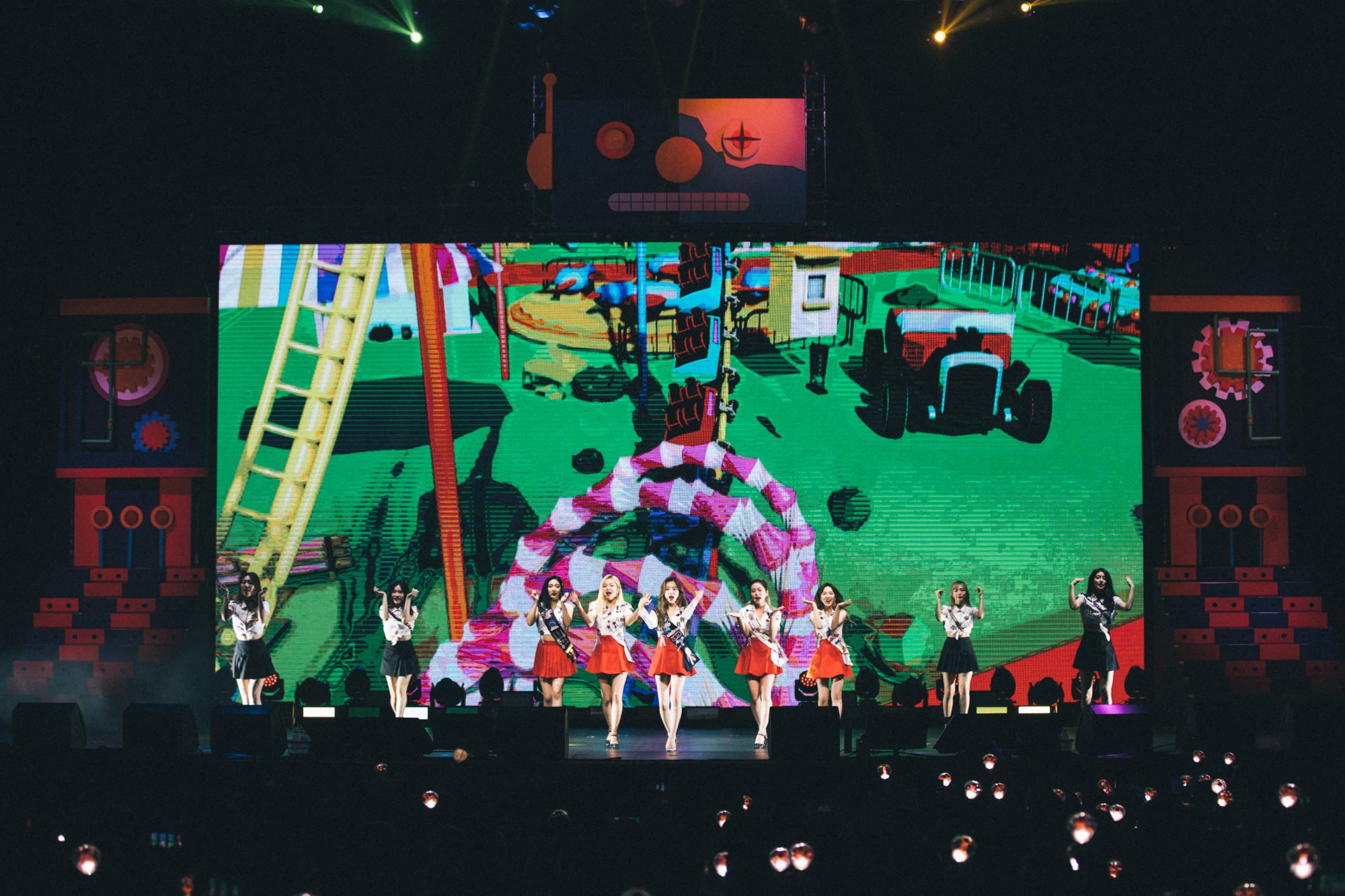 Opening the concert on an exciting note, Red Velvet performed a string of their all-time favourite hits such as “Russian Roulette“, “Power Up” and “#Cookie Jar“, receiving passionate responses for their top-notch performances. 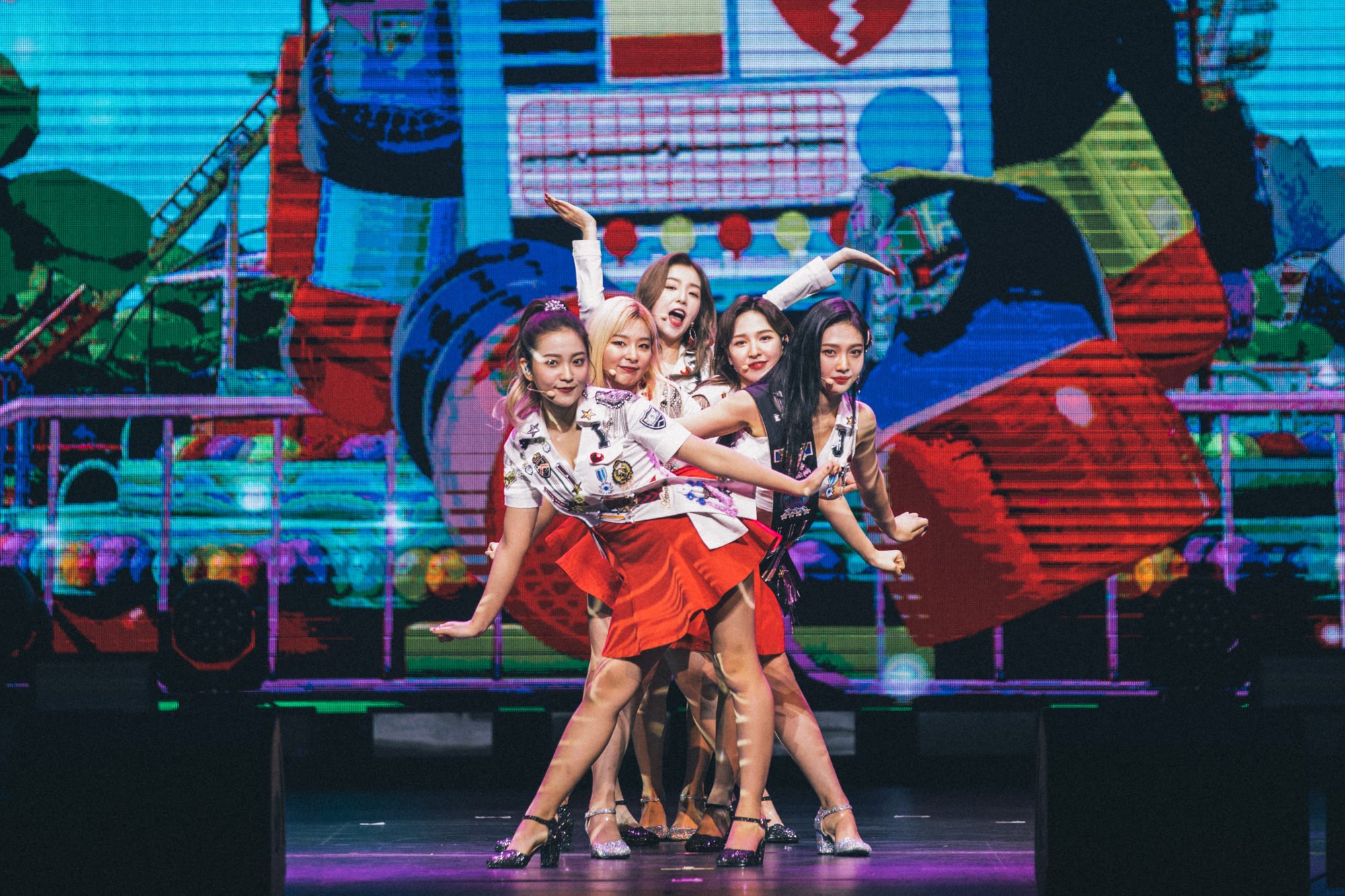 Dressed in their colorful and bubbly outfits, fans also had their eyes feasted on stages like “Mosquito“, “Look“, “Zoo” and “Hit That Drum“, where the girls showcased their amazing choreographies and synchronised dance moves. 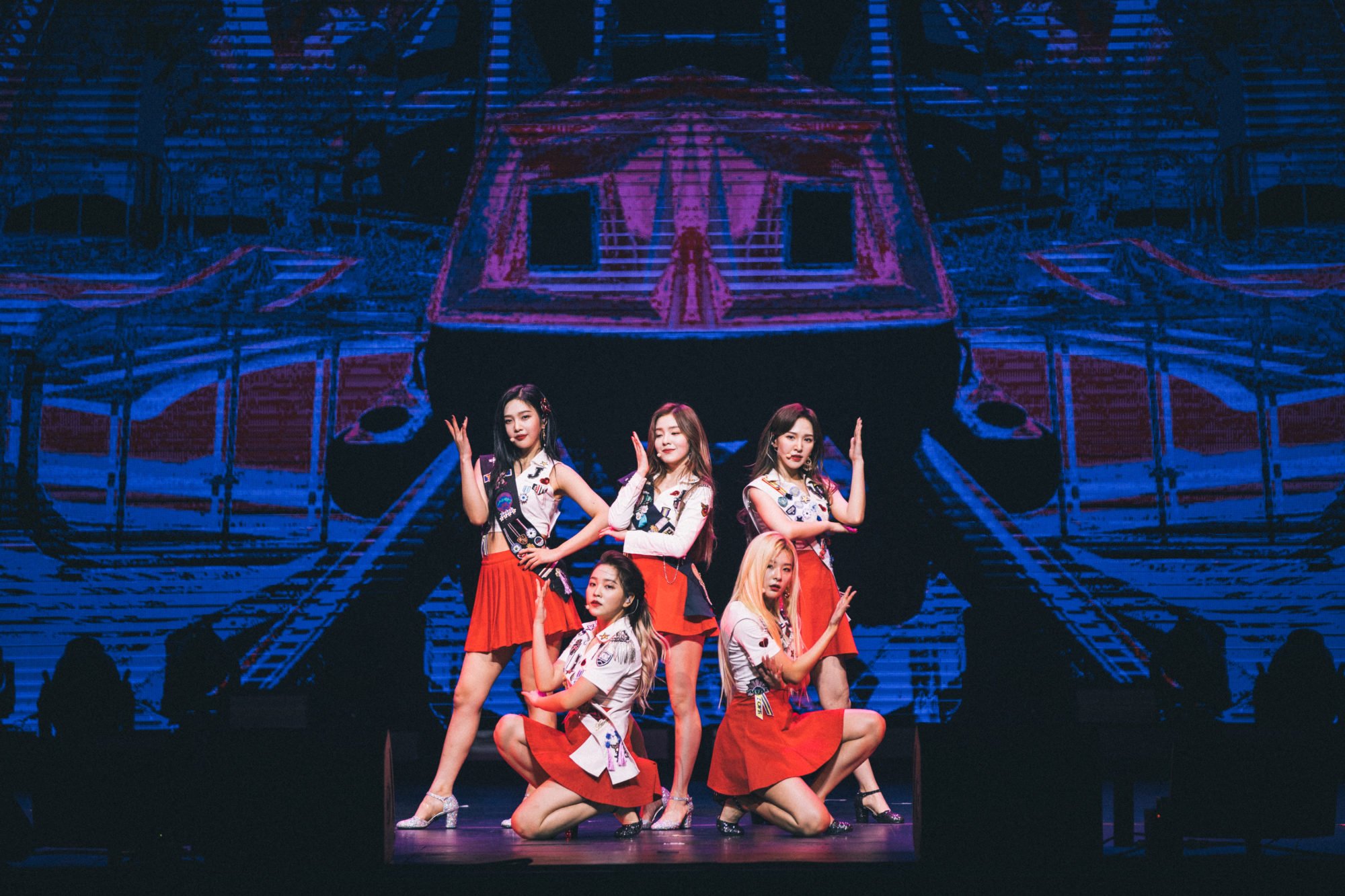 It was an evening full of happiness for ReVeluvs (official fanclub name), but not before the unfortunate news broke out that Red Velvet’s Joy had to drop out of the concert mid-way to receive immediate treatment at the hospital due to an injury that she’d sustained on her right shoulder during a performance.

While still in shock, Joy was seen appearing from the backstage with a bandaged cast, as she joined the members on stage and explained the situation, ultimately breaking down in tears as she apologised to the fans for being unable to continue with the concert.

[#REDMAREinSG] Joy injured her right shoulder while performing just now and will be halting the concert to receive treatment at the hospital now. The concert will continue with the 4 members. #GetWellSoonJoy #RedVelvet #RedVelvetinSG pic.twitter.com/BYTMVqRpMB

Despite the emotional and heartbreaking moment, it was nonetheless heartwarming to see fans cheering her on as they echoed to “괜찮아 ” (which translates to “It’s Okay“) repeatedly.

Even though one member was absent on stage during the second half of the concert, the cheers and fan-chants from ReVeluvs were still as passionate and enthusiastic, and we could tell it was no easy feat for the remaining four members on stage, whom were all trying their best to fill in the spot for Joy. 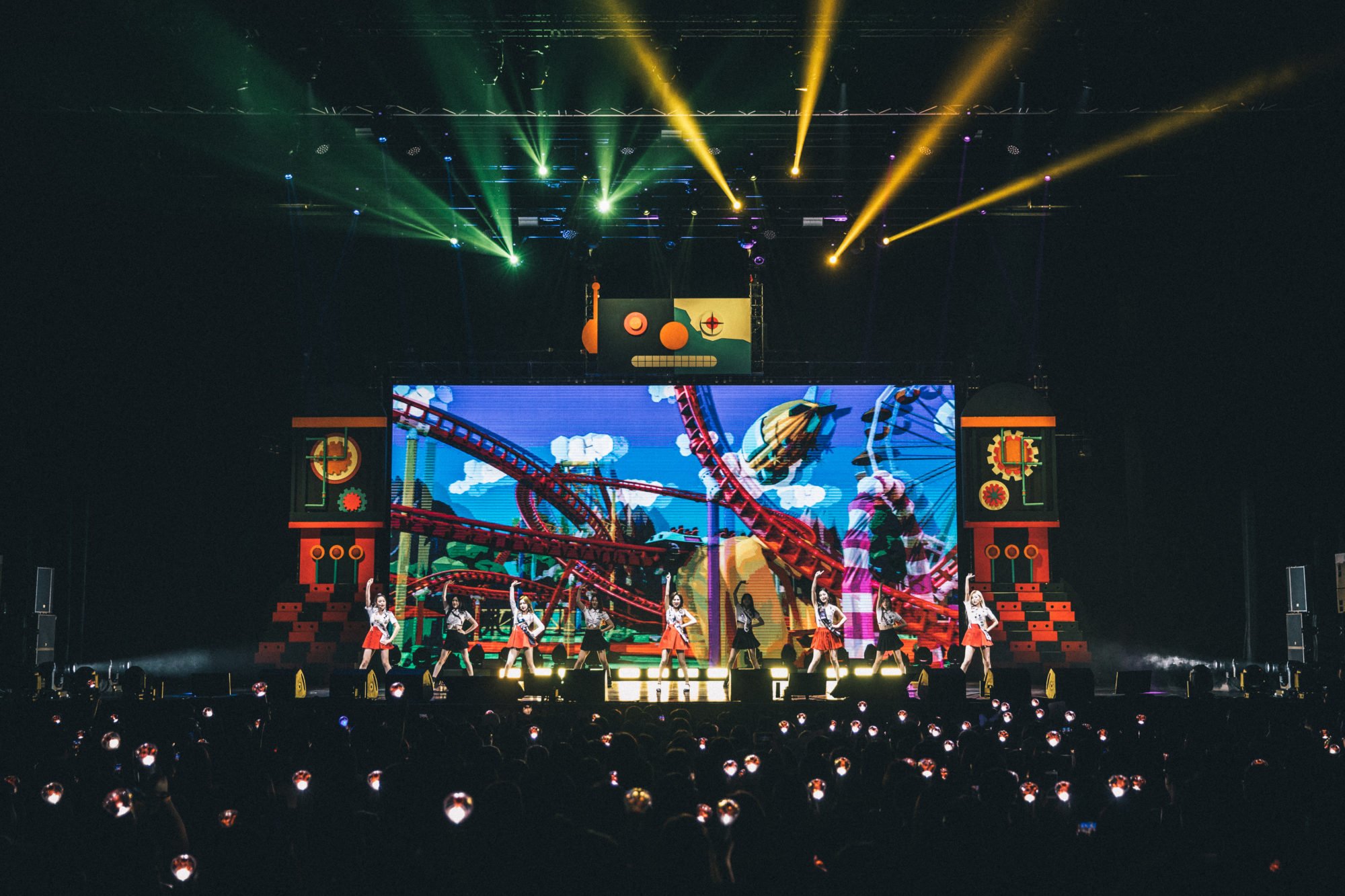 The concert continued as the girls further showcased their different charms with the “red” and “velvet” concepts.

Red Velvet first appealed the fans with a dark and mysterious image, belting out “Bad Boy” and “Peek-A-Boo“, before moving on to the bright and bubbly concept as they danced to “Dumb Dumb“, “Red Flavor” and “Rookie“.

[#REDMAREinSG] Wendy: You guys are a gift to us! Thank you for coming! Next time for sure, it’ll be the five of us! #RedVelvet #RedVelvetinSG pic.twitter.com/wsrBv0QuWw

Before the concert came to an end, the members took turns to chat with fans and kept them updated on Joy’s condition, adding on that they will definitely return to perform again as a full group.

Concert promoter ONE Production has also released an official statement with regards to Joy’s condition (post-concert):

“Doctor diagnosed that due to sudden pressure on the muscle, the pain was caused. We would like to assure that Joy is in good condition and has returned to Korea as scheduled.”

For those who missed the concert, be sure to check out some highlights from our Twitter live updates that evening! We wish Joy a speedy recovery and look forward to the next time when Red Velvet returns to perform as 5 again. 🙂