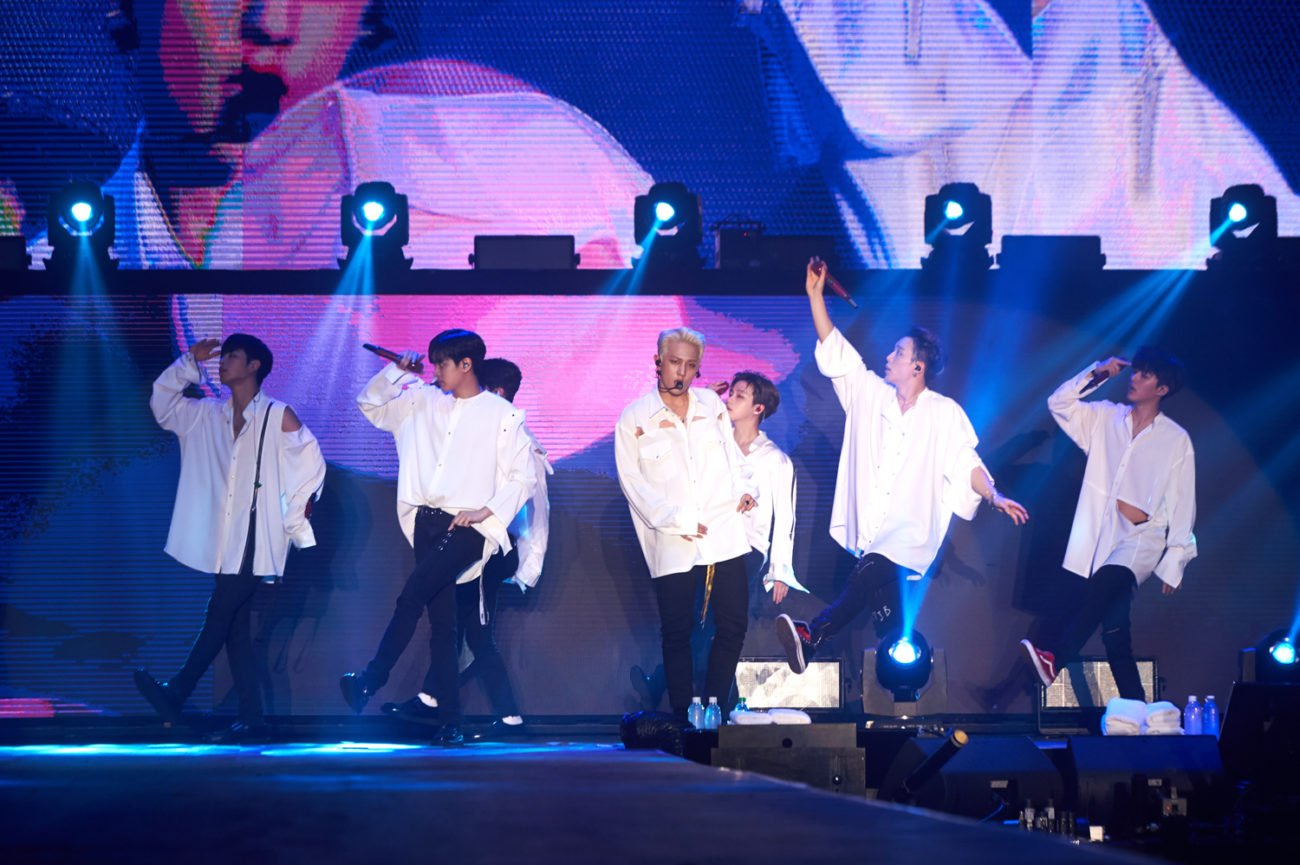 Back in Singapore for a concert after two years, iKON made a dazzling return with their CONTINUE Tour held at The Max Pavilion on Sunday (4 Nov) evening and performed to a full-house with their hit songs.

The concert began with a huge bang as the 7-member boy group hit the stage with an upbeat track “BLING BLING“, followed by “SINOSIJAK” and “RHYTHM TA“, all accompanied by deafening and passionate fan-chants from iKONICs (iKON’s fandom name). 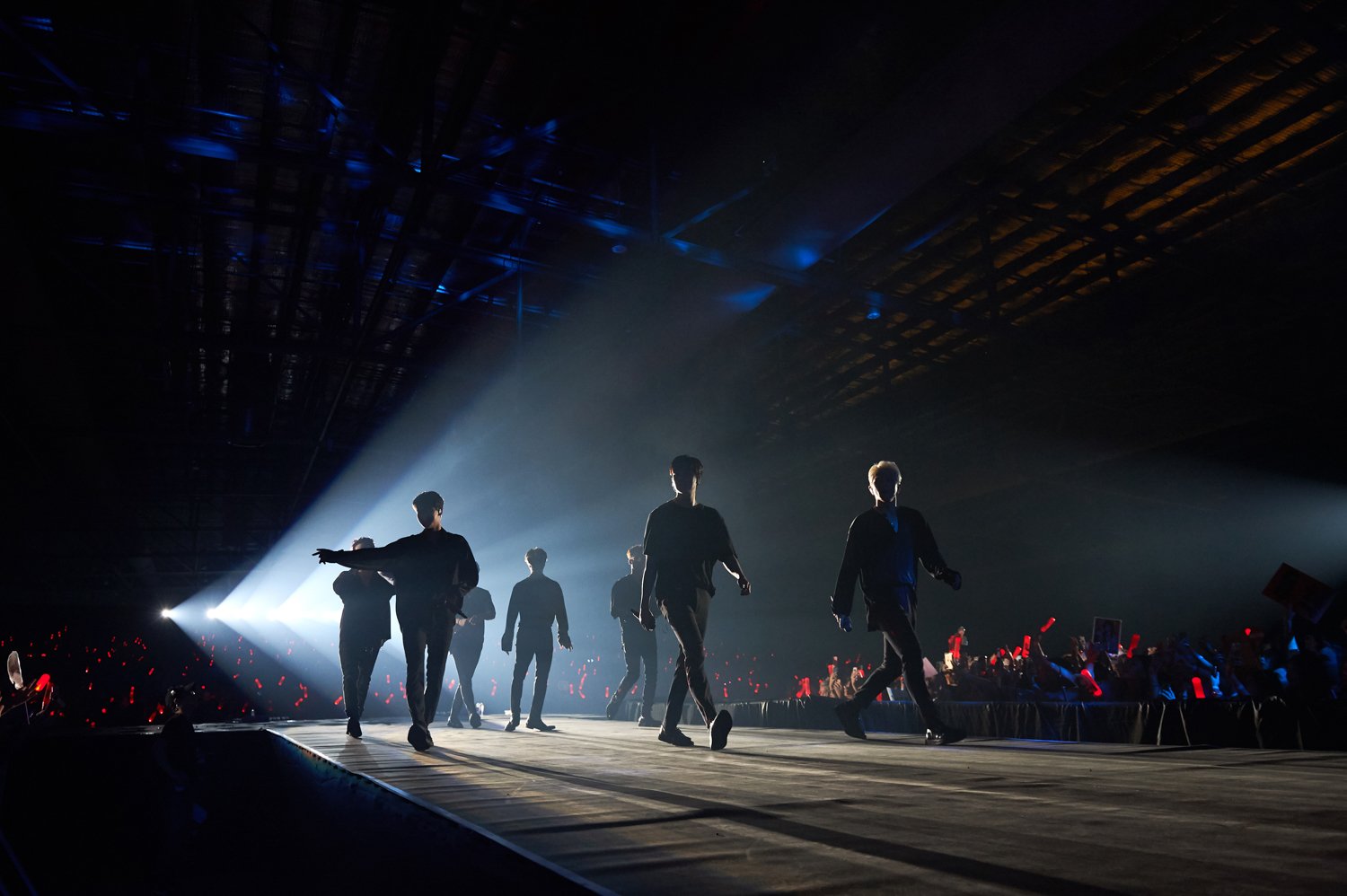 Transforming the stage to a beach setting, iKON won over the hearts of all fans as they brought out summer vibes with “COCKTAIL” and “ONLY YOU“, which got everyone grooving to the catchy tunes. They also expressed their desire to revisit Singapore again for a vacation and hoped to visit places like Sentosa where they can chill and relax along the beach.

Fans were treated next to a sentimental performance of “PERFECT” by the vocal line of the group (comprising Jay, Song, DK, Ju-ne and Chan), as well as respective solo stages “TENDAE (텐데)“, “ONE AND ONLY“, and “ANTHEM” by Double B (comprising Bobby and B.I). 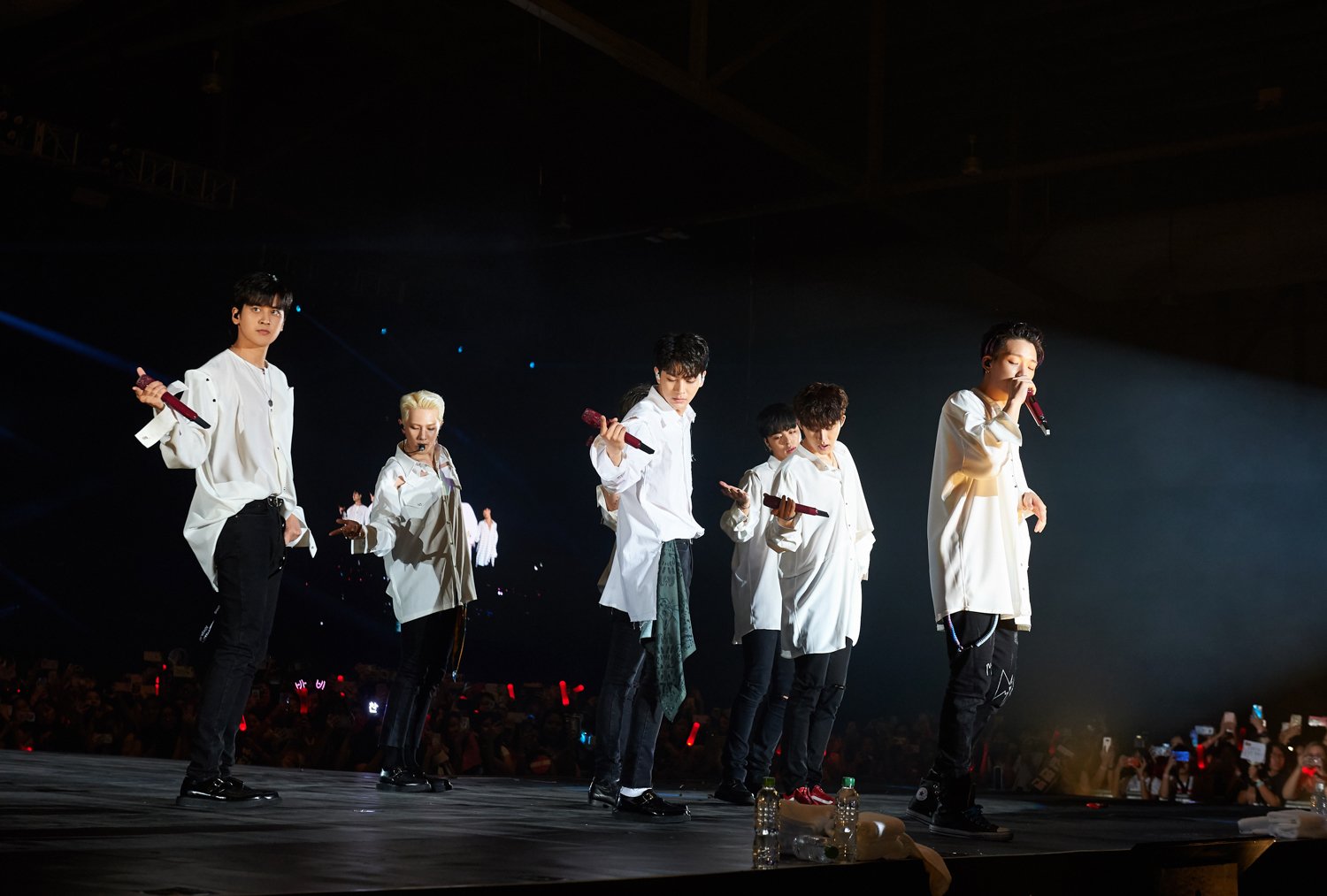 We literally felt the ground shaking as fans were driven to a new high with the exciting track “B-DAY“. As if the concert was not mind-blowing enough, iKON continued with a string of nostalgic songs, sending hearts fluttering with “MY TYPE” and “RUBBER BAND“, and displaying their close friendship with “BEST FRIEND” and “EVERYTHING“. 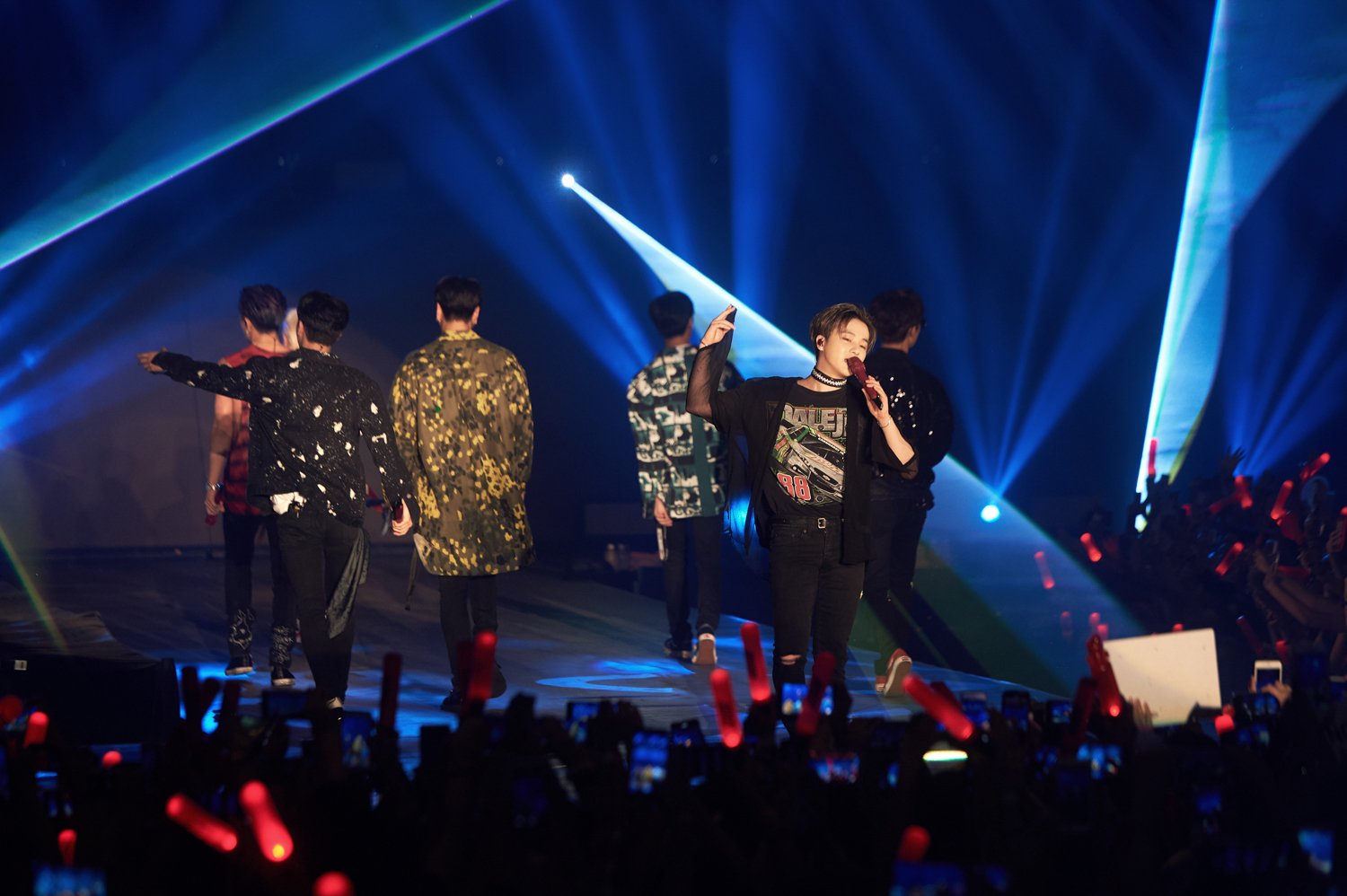 The highlight of the concert was the performance of “LOVE SCENARIO” (iKON’s most popular song of all-time), whose lyrics and tunes blend in well together and is well-loved by their fans of all ages.

The concert reached its climax as iKON belted out their latest hit tracks “GOODBYE ROAD“, “KILLING ME” and “FREEDOM” to much fanfare, driving fans to a renewed frenzy.

[#iKONinSG] The fan-chants are super passionate and loud as iKON brings on their powerful track, “KILLING ME”! #iKONTINUEinSG #iKON pic.twitter.com/LiJ6tFIk68 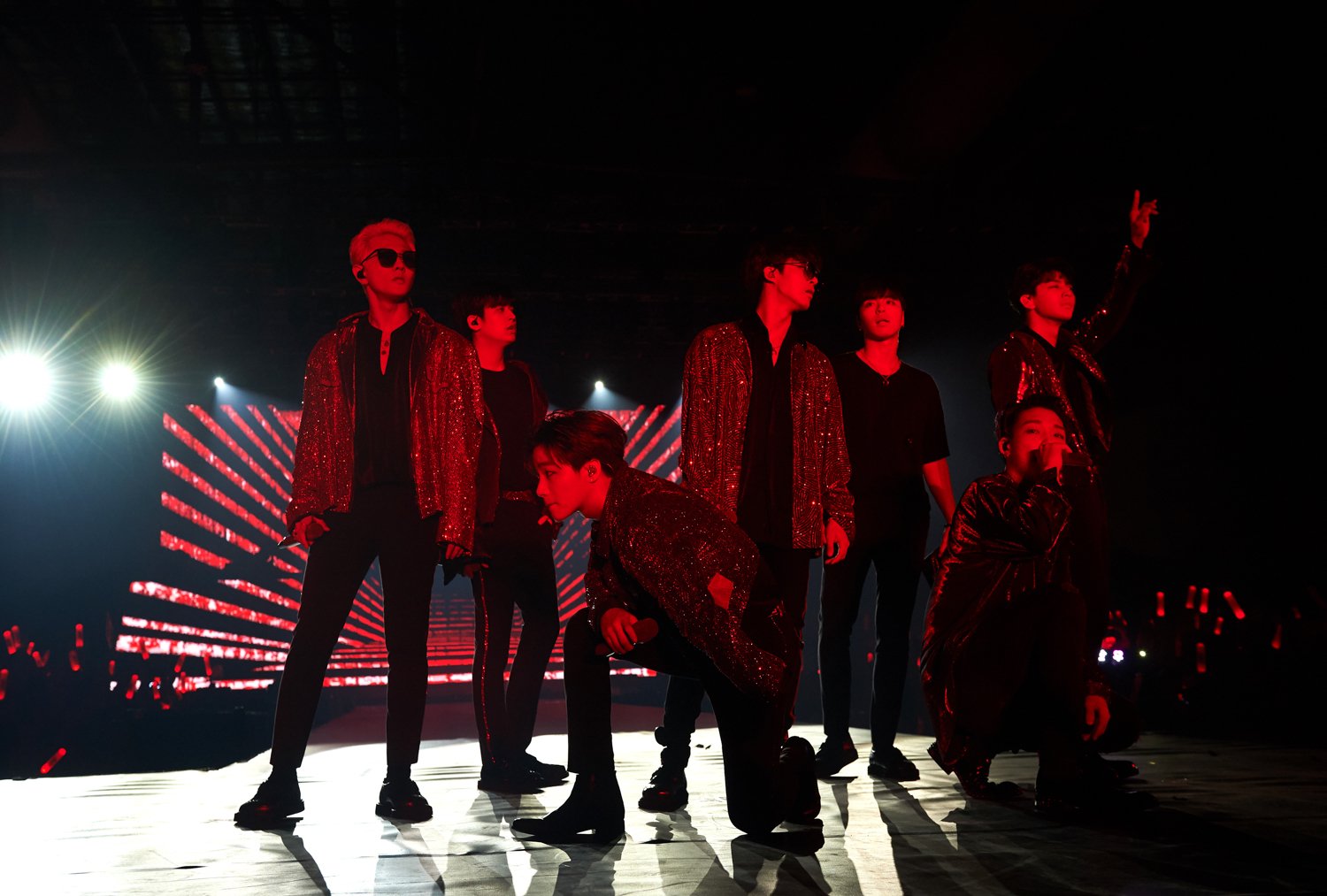 The show was not over until the encore stages, where the boys sang to “JUST FOR YOU” and invited iKONICs to sing along to another round of “LOVE SCENARIO“. DK further thanked their fans for the love and support extended to the group this year, where they were able to achieve much successes in their song releases because of the fans.

He also confirmed that iKON will be releasing a repackaged album later this year, and hoped that fans will listen to all songs in the album including the ones that have already been released. The concert concluded with ground-breaking tracks “DON’T LET ME KNOW“, “DUMB & DUMBER“, and a bonus performance of “B-DAY” dedicated to all iKONICs present at the show.

iKON 2018 CONTINUE Tour in Singapore was brought to you by Unusual Entertainment and covered by HallyuSG. Relive the concert and check out the performance snippets from our Twitter and Instagram story highlights!

GFRIEND Takes Buddies on a Wild Ride at the Singapore Stop of “Go Go GFRIEND!”