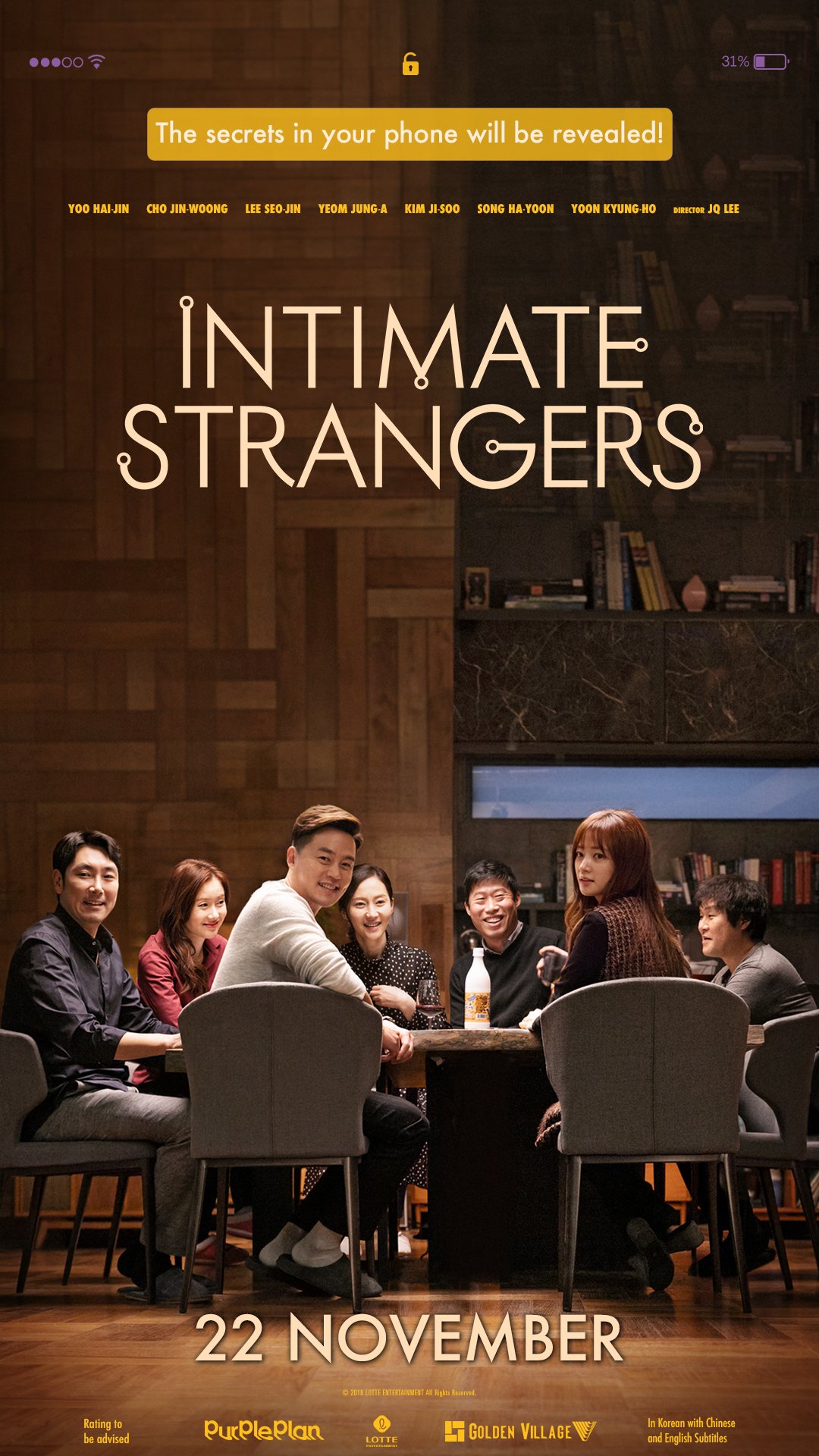 Your phone is your life and soul but what happens if your deepest darkest secrets were to be revealed? Join a group of friends as they unravel their secrets to one another over a housewarming meal! Featuring a phenomenal cast consisting of many popular actors such as Yoo Hae-jin, Cho Jin-woong, Lee Seo-jin, Yum Jung-ah, Kim Ji-soo, Song Ha-yoon, and Yoon Kyung-ho, INTIMATE STRANGERS is sure to knock you out with its jokes and unpredictability through the actors’ hilarious acting.

This comedy film has achieved a milestone as the fastest Korean comedy of 2018 to surpass 1 million moviegoers in four days after its opening at the Korea box office, and it is packed to the brim with surprise twists and turns at every corner. 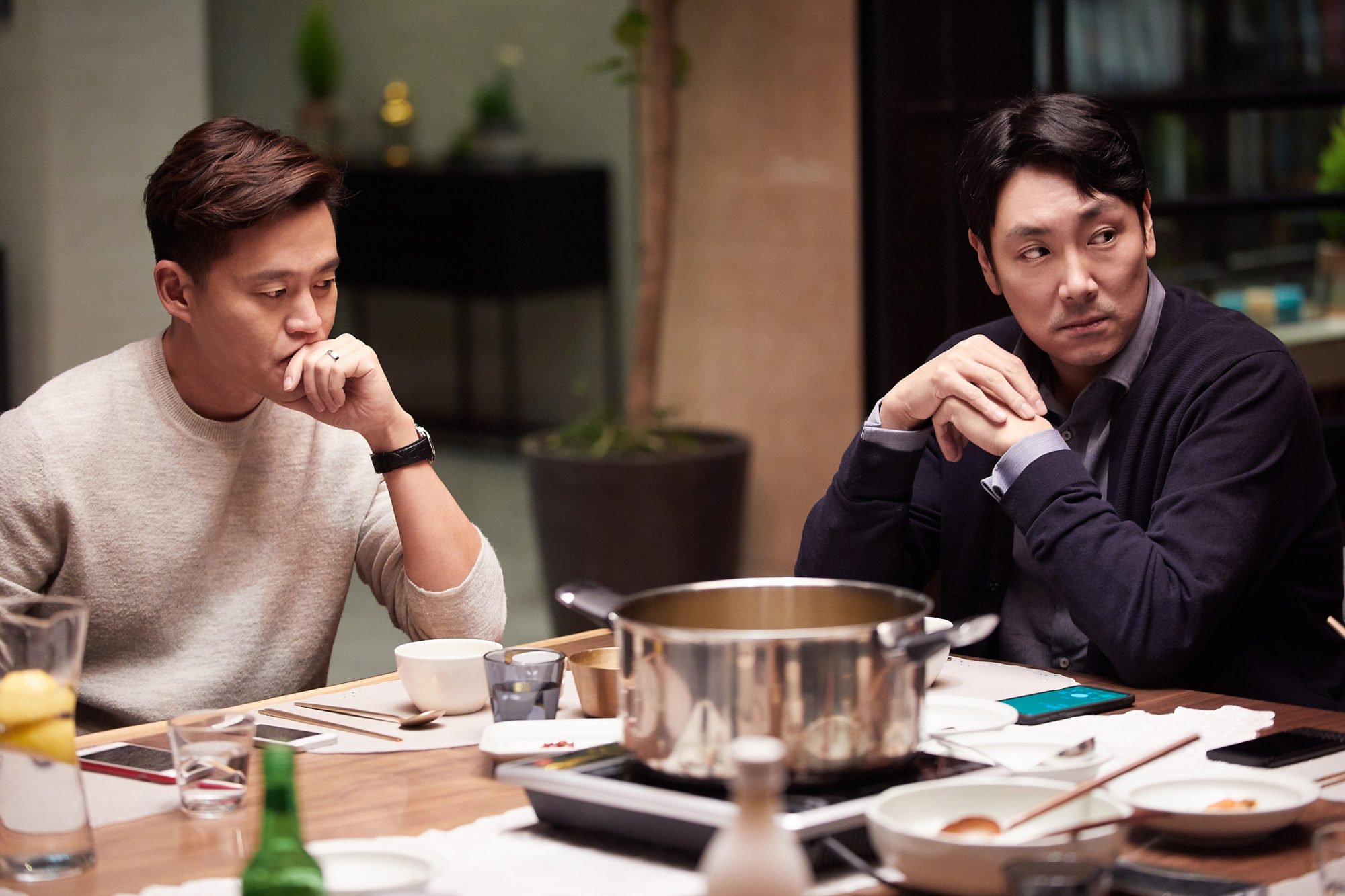 Back with his latest film after a 4-year break from his previous movie, INTIMATE STRANGERS is directed by renowned drama director Lee Jae-kyoo, who is well-known amongst the Korea public for his fantastic directing in the hit drama Beethoven Virus and The King 2 Hearts. With his outstanding insight and ability in capturing unique perspectives, this movie is set to strike it big with the audiences once again. 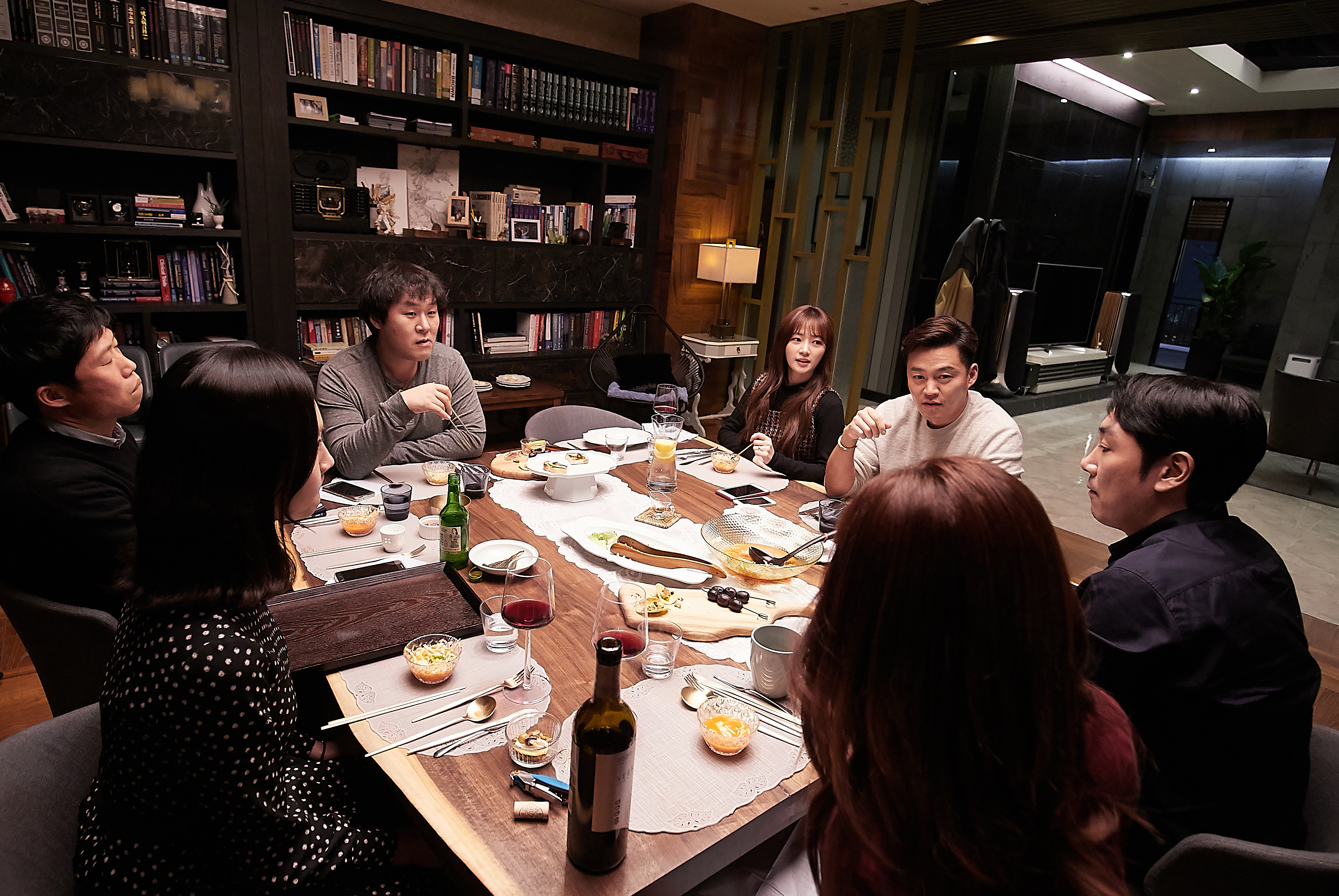 “Wanna play a game? Put your cell phones on the table. Let’s share all our messages and calls during dinner. All notices. Even emails.”

Someone suggests a game during a dinner party with life-long friends to put their cell phones on the table and share everything from phone calls to texts and emails. As secrets from the friends who started the game for fun become exposed, the night spirals out of control beyond prediction and imagination!

Watch the official trailer and stay tuned to our Facebook page here to find out how you can win preview screening tickets as well as autographed goodies signed by the movie cast!