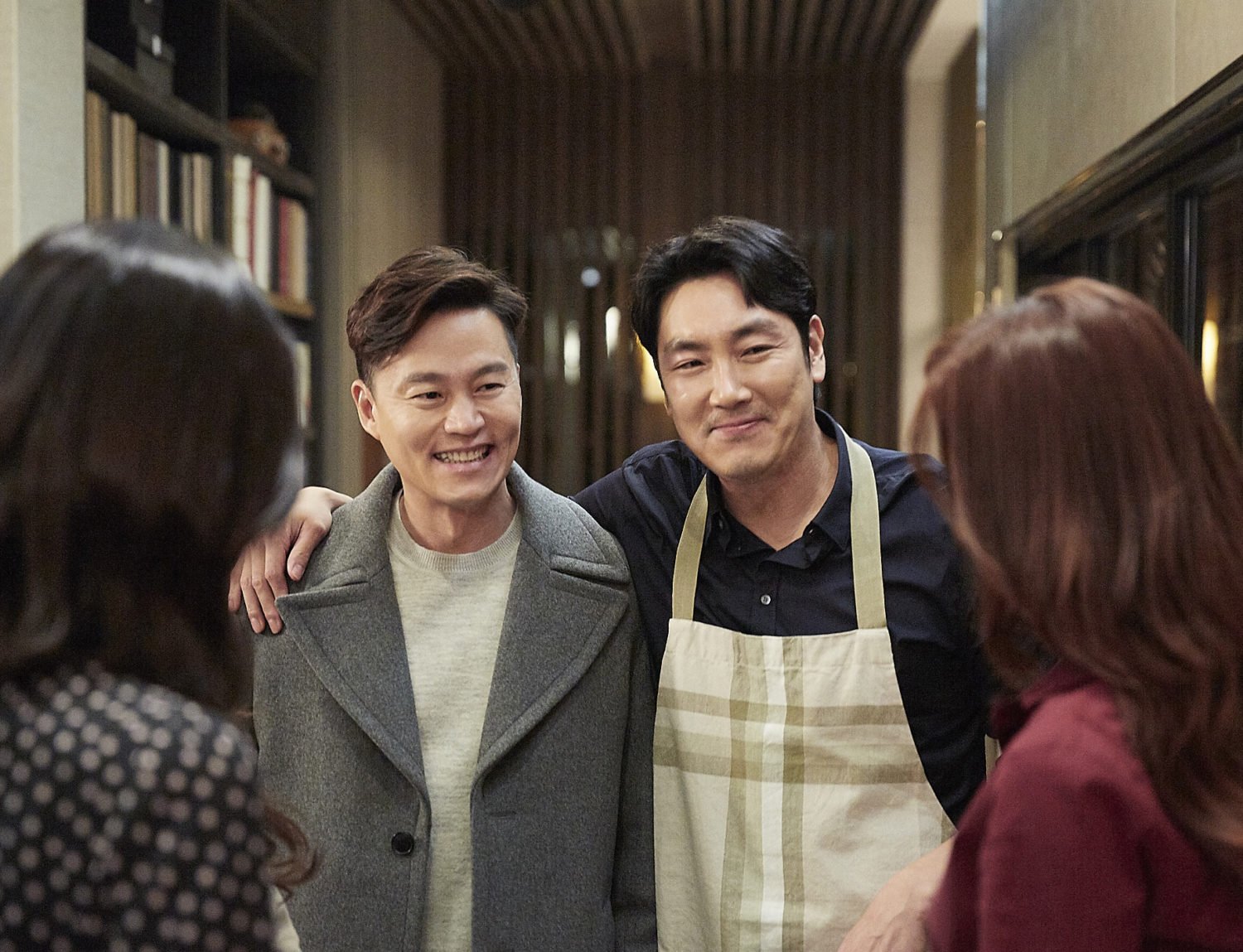 This movie stars a ton of familiar faces, namely Yoo Hae-jin, Cho Jin-woong, Lee Seo-jin, Yum Jung-ah, Kim Ji-soo, Song Ha-yoon, and Yoon Kyung-ho. Just 4 days into its release in the Korea box offices, ‘Intimate Strangers‘ has already surpassed over 1,000,000 in ticket sales. Even till now, the film is still doing impressive on the Korean movie charts so this definitely speaks volumes about its quality which we will be talking about today.

‘Intimate Strangers‘ was a really enjoyable yet thought-provoking film to watch. The casts’ realistic portrayal of their characters along with the great chemistry between them was definitely one of its main selling points. While it has a fairly easy plot to digest thanks to its comical nature, the movie touched on some deeply rooted societal topics that shroud the world today. Think gay acceptance and the like. Overall, it is a lighthearted film that slowly orchestrates itself into a drama with each sequence (To simply put, it’s very exciting). 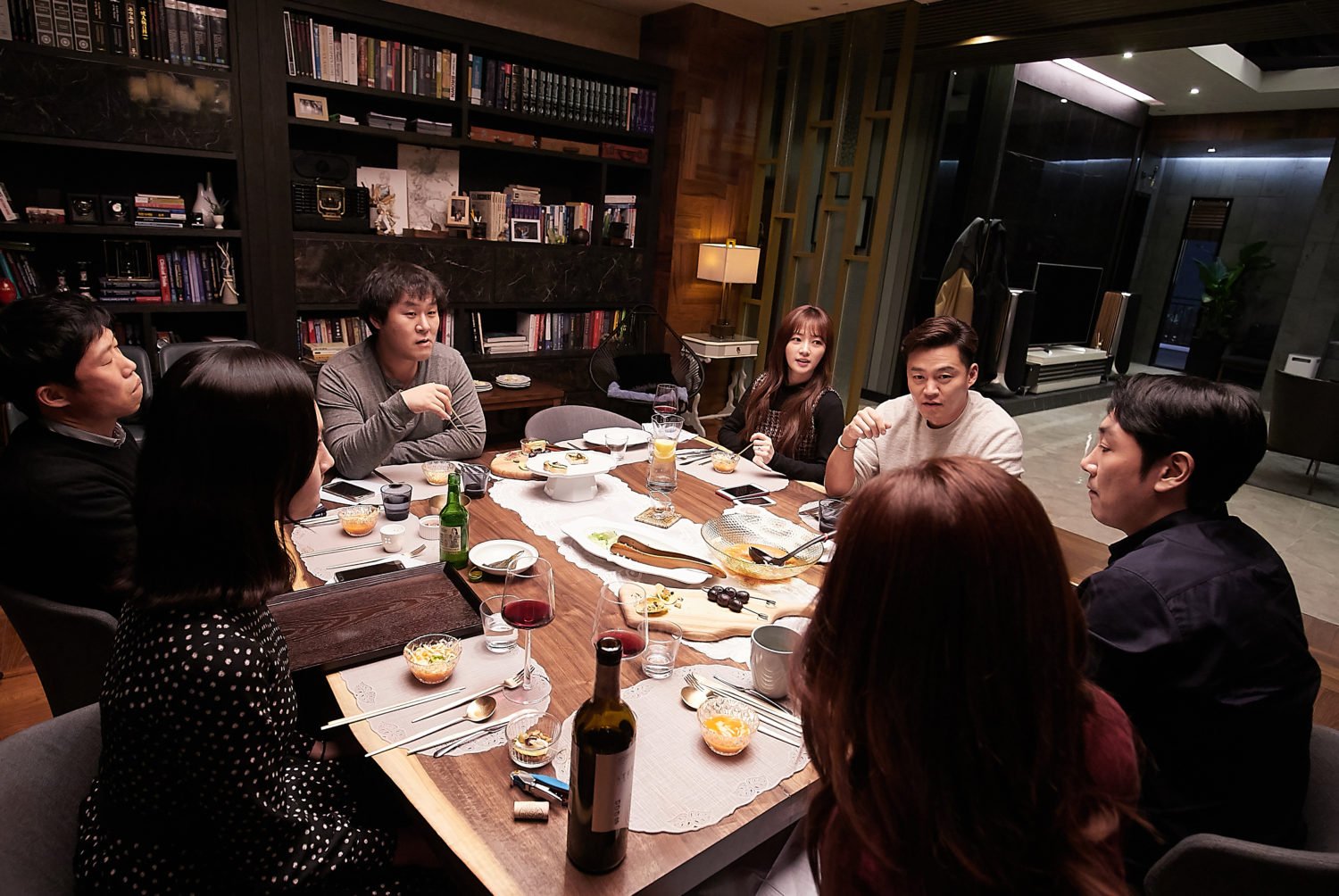 The story kicks off with 7 longtime friends gathered together over a meal at a housewarming party. Wanting to prove how well they knew each other and how each of them had nothing to hide, the group starts to play a game where they have to reveal any incoming calls and texts up front, no objections allowed. As the game progresses through the night, the cast find themselves in an unpredictable limbo as their secrets are spilled and their true selves are being forcefully revealed. 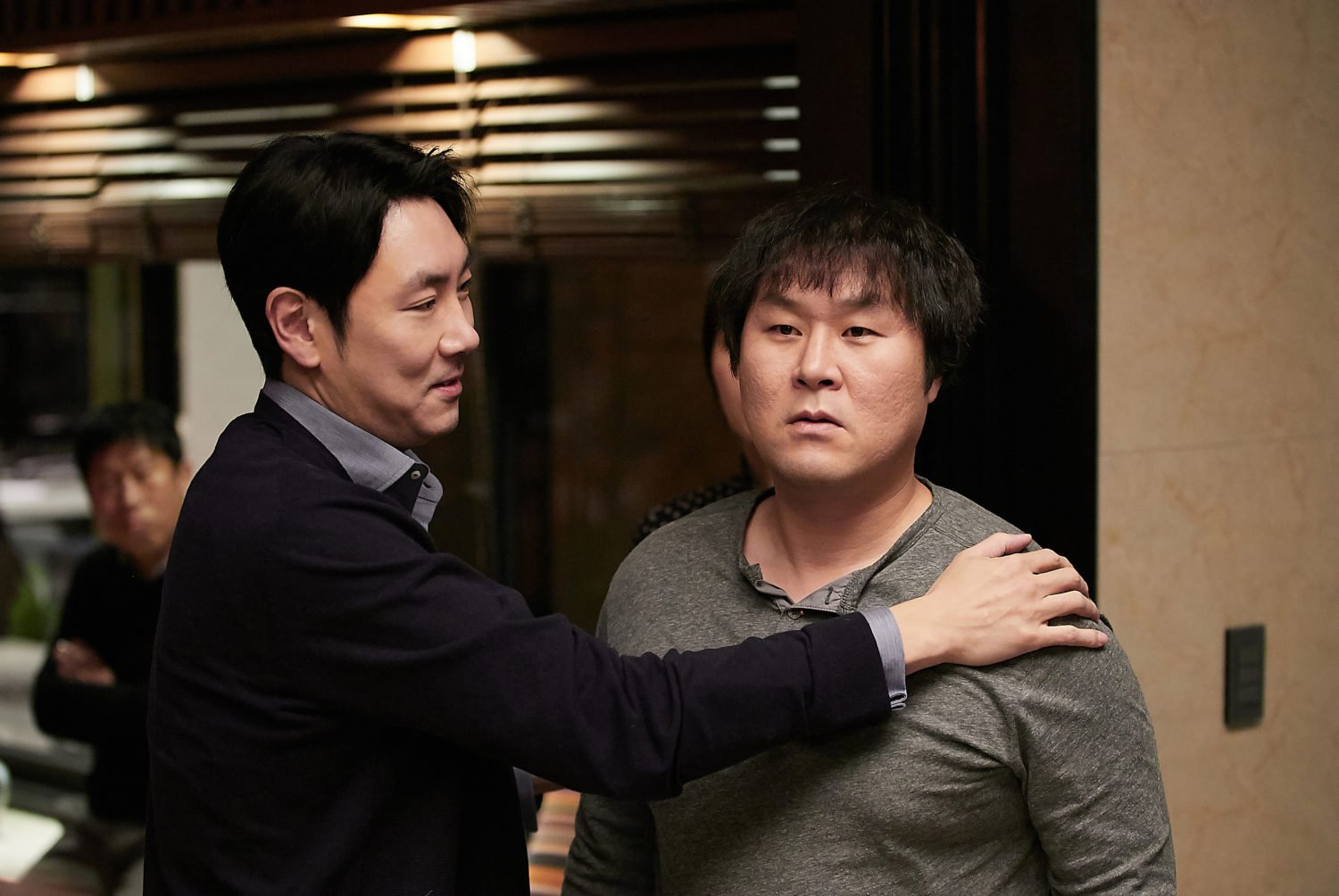 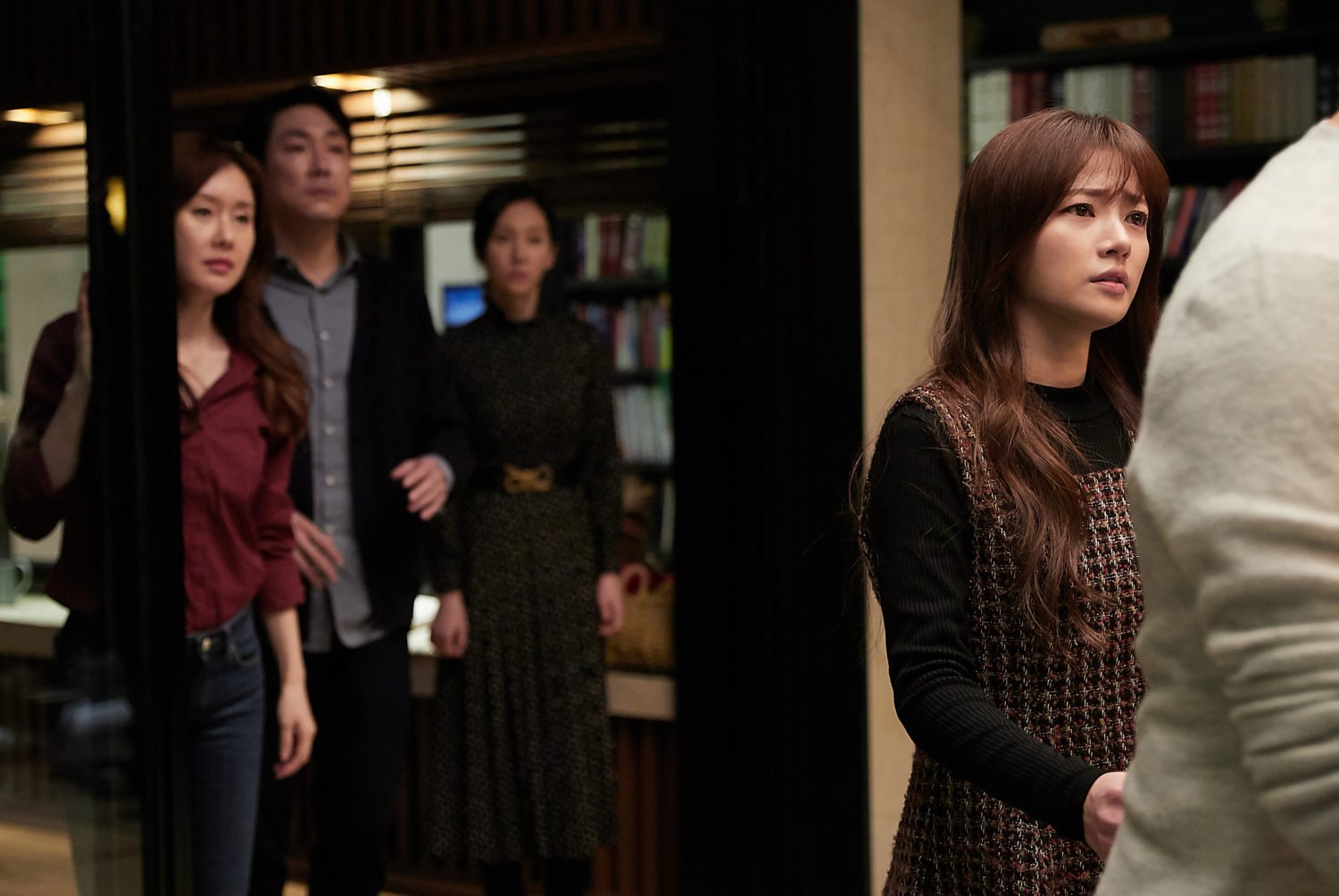 As the movie progressed, it was evident that the actors were able to integrate into their roles seamlessly and the plot was engaging enough to leave viewers satisfied. However, there are a few scenes in the movies that left me a tad bit unsatiated. Though I must add, this boils down to personal preference and should not affect your perception of the film!

While the acting and plot was on point, the film had an open ending and like most moviegoers, the lack of proper closure leaves me with a sense of uneasiness because I cannot help but think of it the entire day… Another issue was how the film normalizes the social problems mentioned above. Maybe because I had expected them to talk a bit more about it in the film but somehow it kind of felt like it was a touch-and-go. But hey, talking about it is already a step in the right direction so who am I to complain! 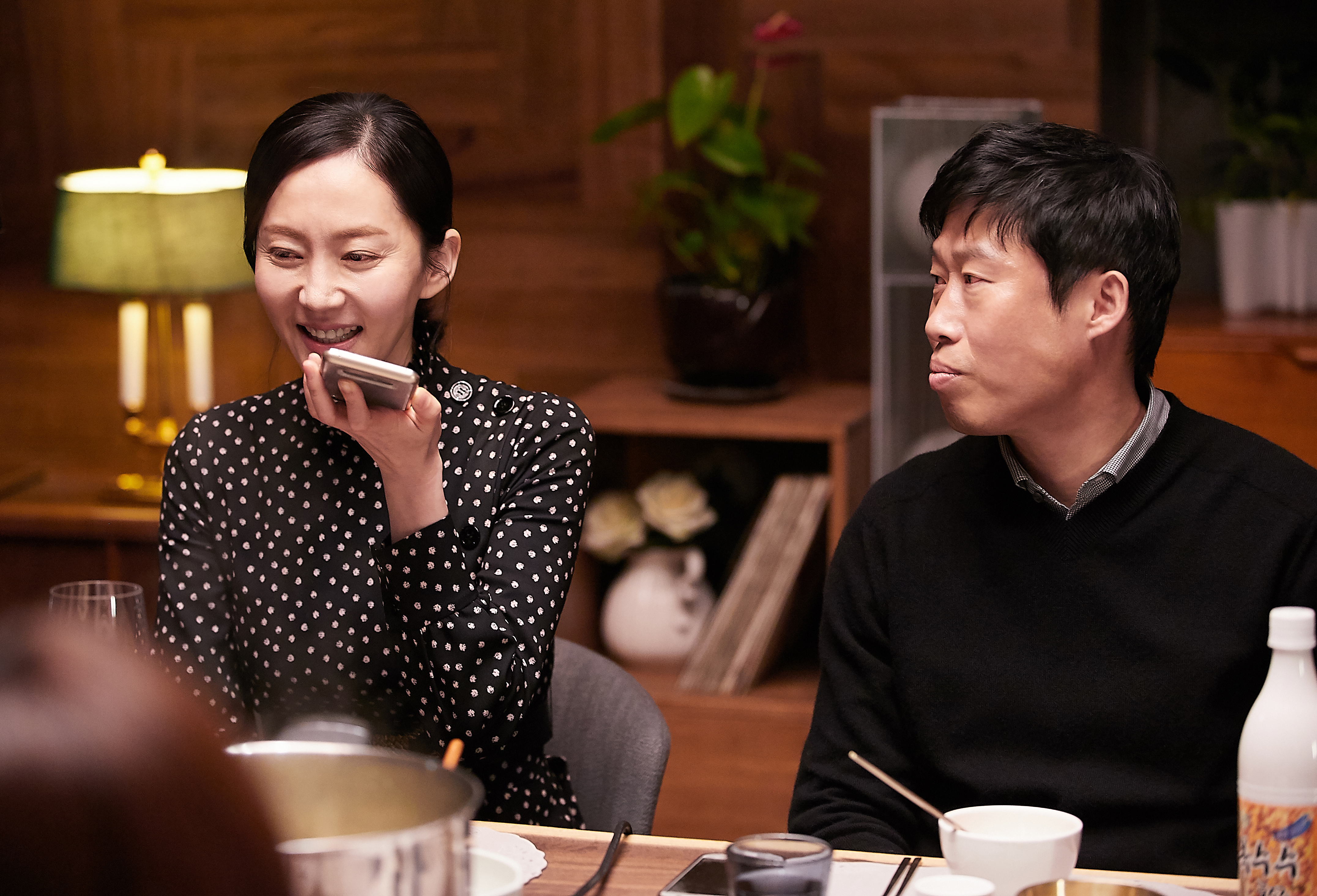 In a sense, ‘Intimate Strangers’ made me realize how much of a role a smartphone plays in our everyday life. It controls and affects our emotions, our relationships and most importantly, holds many of our deepest darkest secrets. Watching this show brought me on a rollercoaster ride of emotions – One minute I was laughing at the jokes in the film, the next minute I would be feeling sad. Would I watch this show again? For sure because this movie is the perfect marriage between comedy and drama, and I felt 2 hours went by in the blink of an eye because of the rush of excitement.

And if there’s one thing I took away from the film, it was this phrase that was written at the end of it that struck a chord within me – Everyone has three lives, a public life, a private life, and a secret life. So if you were in their shoes, would you be ready to expose your secret life now?

‘Intimate Strangers’ opens in GV cinemas 22 November 2018. Watch the official trailer and find out more about the film here: