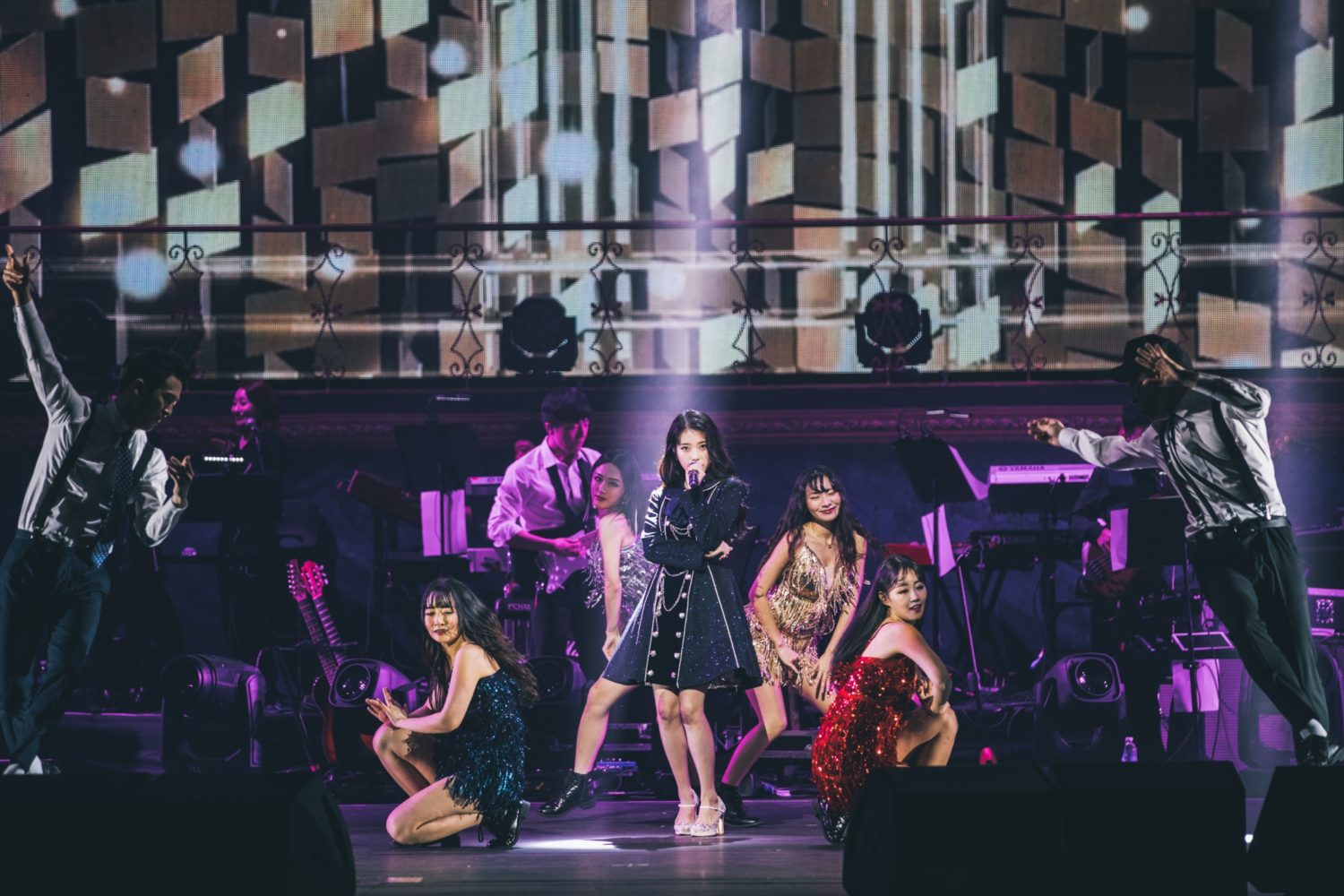 Singapore fans were left emotional and contented after IU‘s concert here last Saturday, 15 December, at The Star Theatre. The K-pop darling was in town to perform at her 10th Anniversary Tour concert, which saw 5,000 ardent fans filling the concert hall and celebrating the best of her greatest hits together.

Despite taking 10 years to finally embark on a concert tour out of Korea, the humble singer took to stage and expressed her gratitude to fans for their love and support over the years. She was met with passionate cheers and applauses from the fans as the concert opened to a great fanfare with songs like “The Red Shoes”, “Cruel Fairy Tale” and “dlwlrma”. 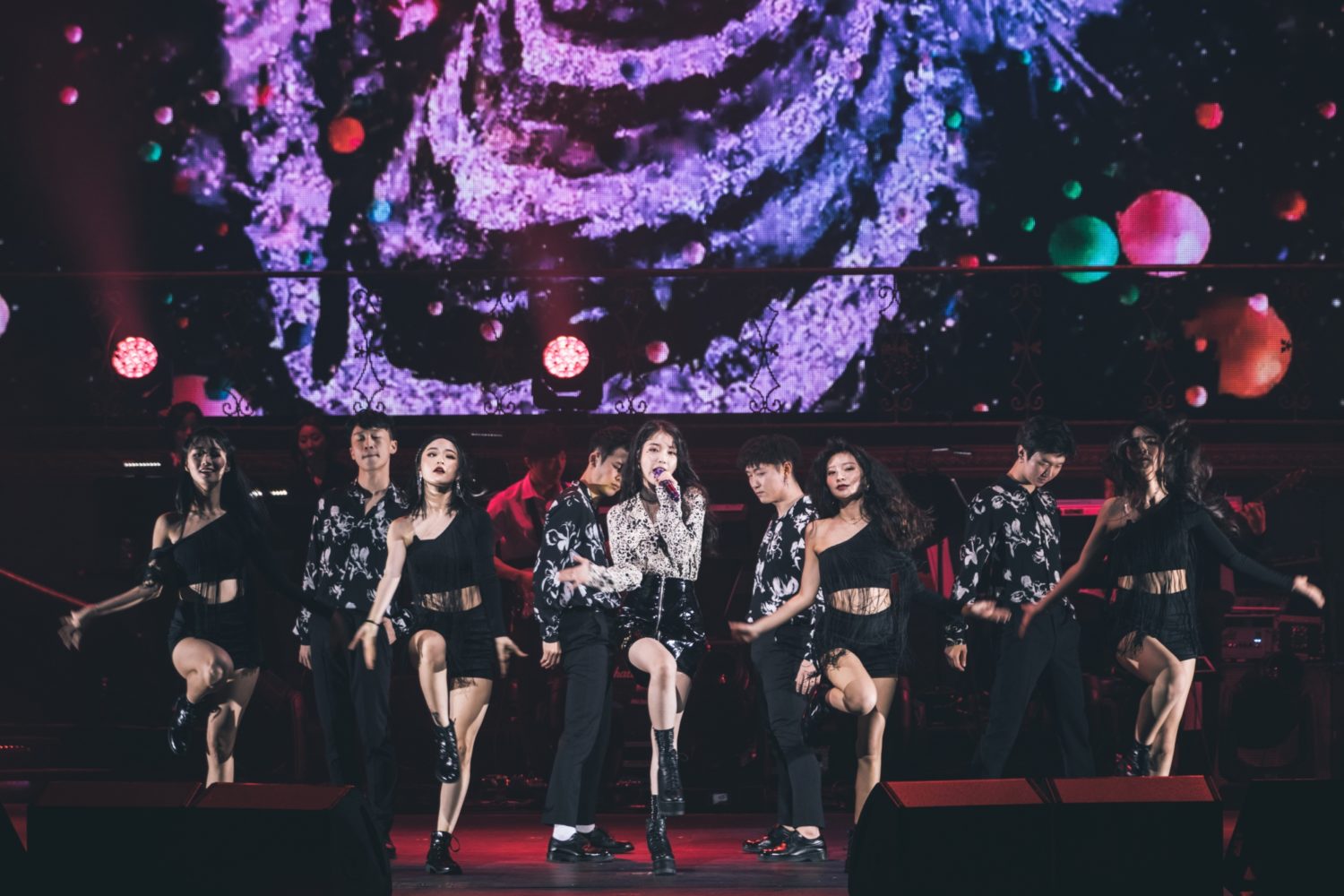 Titled “이지금 dlwlrma”, IU explained that the theme of her 10th Anniversary Tour concert falls under movies of different genres. Her concert was like an enchanting musical, and if anything, it was a high quality show from the start till the end. From the stage props to the detailed choreographies, costumes, videos, her very own live band and dancers, we can tell that IU has put in a lot of effort to create a memorable and great show for her fans.

Just like how she is an all-rounder in various genres of music, she’s also able to pull off different styles and concepts well. The audiences had goosebumps when she belted out the three high notes at the end of her signature song “Good Day”, and everyone was in awe when the stage transformed into a movie theatre setting right after for “Between The Lips (50cm)”. 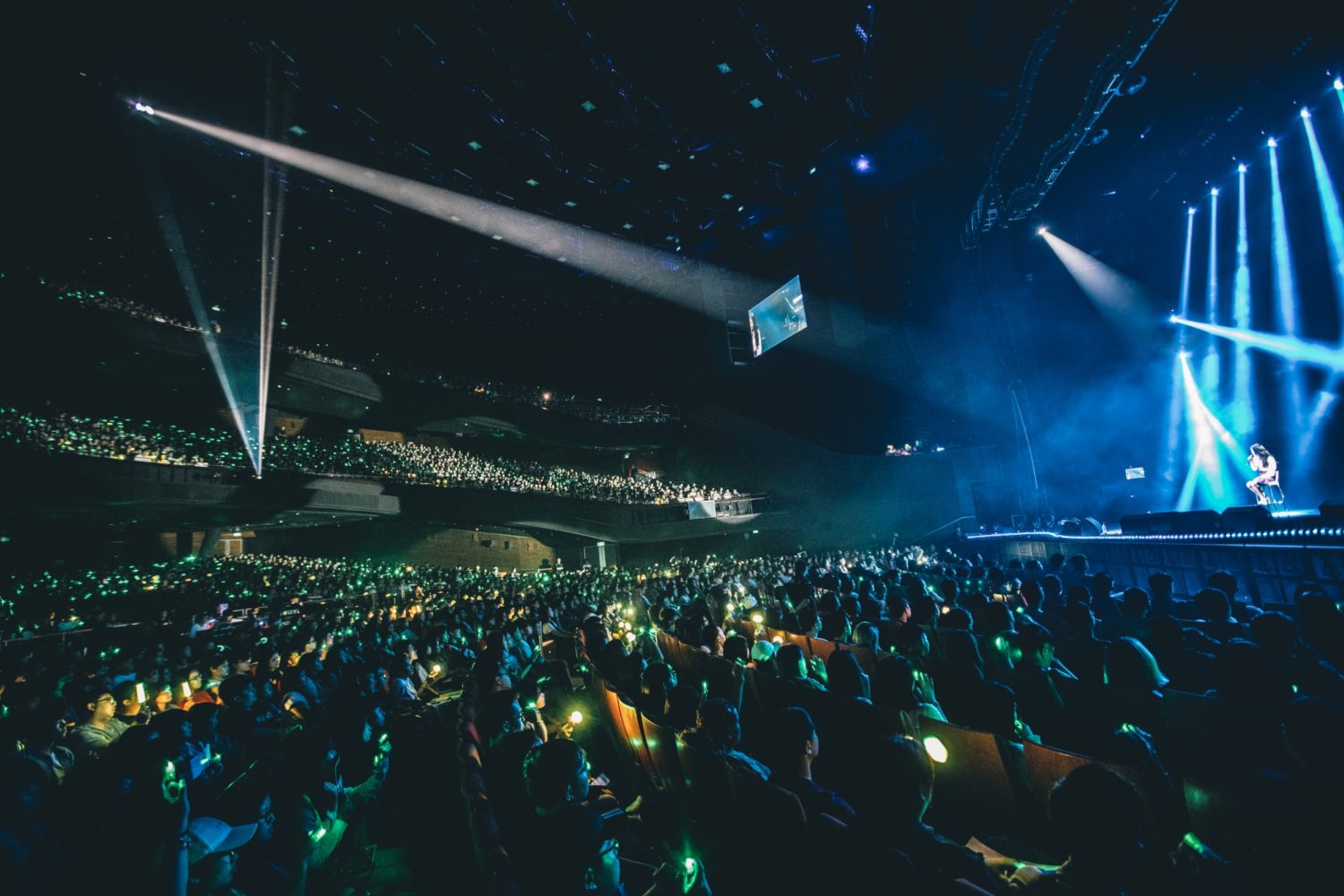 In the second part of the concert, IU mentioned this segment as her favorite as she’ll get to hear the voices of fans when they sing along to her songs like “Friday” and “Meaning of You”.

“This segment is about love and farewells. If I were to describe it as a movie genre, it would be similar to melodrama.” — IU

She also sang a Mandarin song (爱情 by Karen Mok) as a special gift for Singapore fans, and continued with “Gloomy Clock” to which she added, was a song that has been of a great comfort to her. The latter song was not in her original setlist, but she’d wanted to sing it during her concert and dedicate it to someone whom she misses dearly, paying tribute to the late SHINee member, Jonghyun, who composed and sang this song with her. 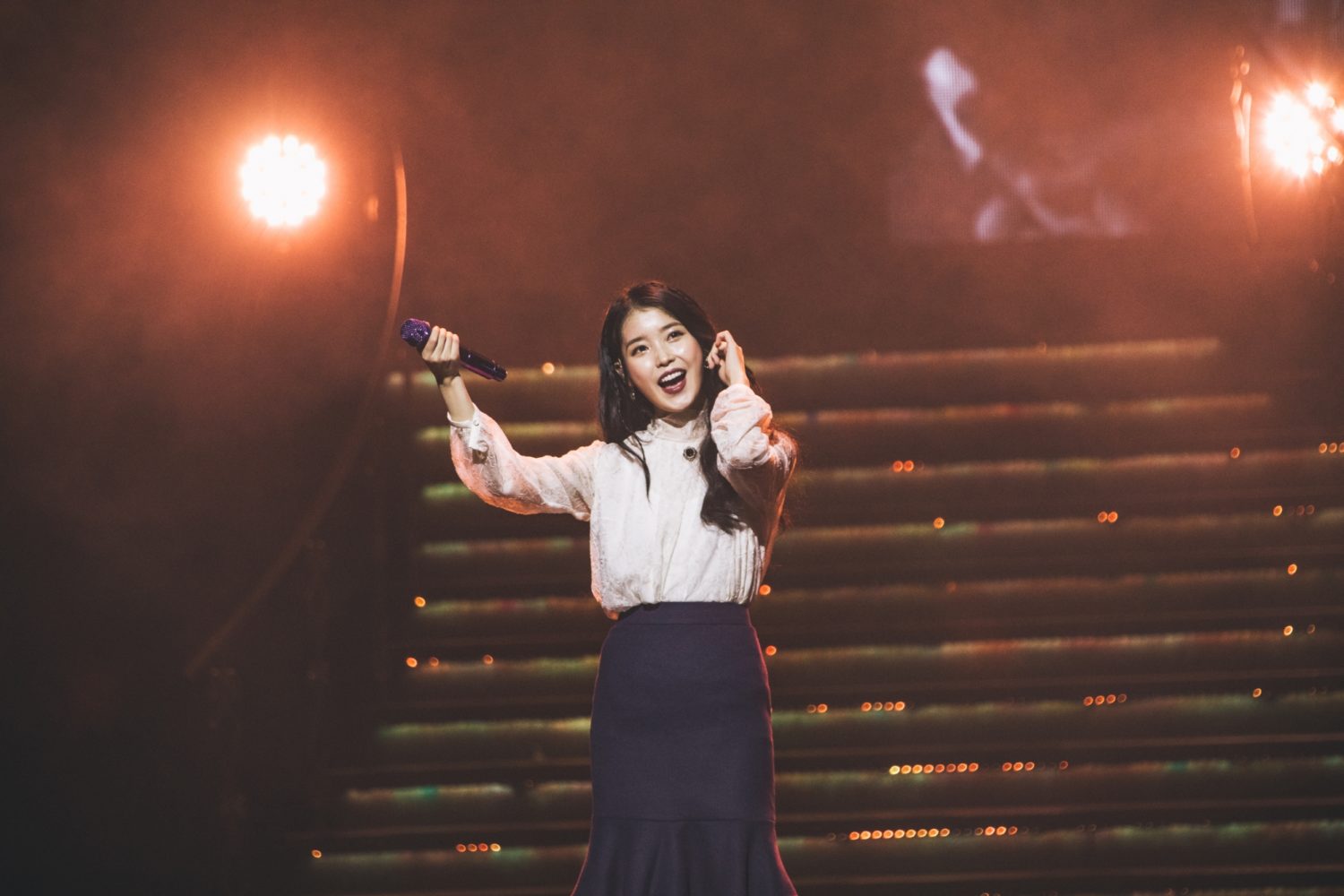 Moving on to the third segment of the concert where it features songs that she personally wrote (such as “Twenty-Three”, “Zeze”, “BBIBBI” and “Palette”), IU revealed that she enjoys song-writing as much as singing. She confessed that she used to write about dark and gloomy lyrics, but is now focusing on topics like love and comfort thanks to her fans whom have shaped her to become a better person.

Fans were also treated to an adorable side of the singer when she brought her Marshmallow mascots to stage during the performance of “Marshmallow”, a hit track that she released 9 years ago in 2009. Sadly, IU has also mentioned that this will be the last time for her to perform “Marshmallow” and “Boo” at her concerts, as she would like to leave behind the cute moments that should be meant for her younger self. 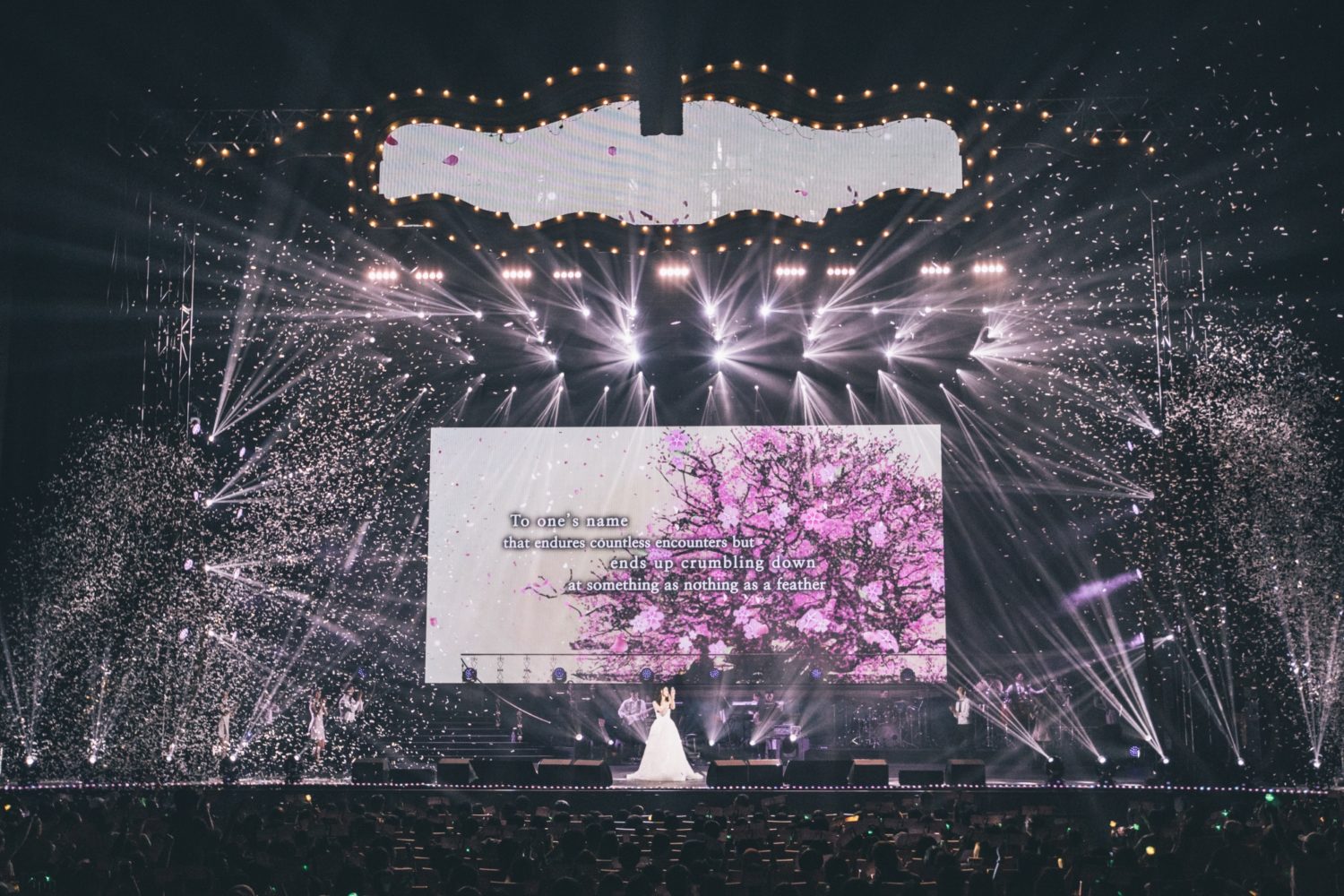 During the encore stage, IU presented fans with sentimental tracks “Through The Night” and “Dear Name”, dominating the stage with her presence and solid vocal. The concert was supposedly drawn to a close after she exited the stage and credits being rolled on the screen, but IU returned on stage dressed in a casual t-shirt and surprised fans with two more songs, completely unplanned.

She did not plan for the second encore as their crew was in a rush to pack up and depart for their flight to Bangkok (for her concert the following day), but being such a sweetheart (as her fans have known her to be), she’d wanted Singapore fans to experience the re-encore as well. That, plus allowing fans to take photos and record the final two performances, leaving everyone in much delight. IU has also promised to make another trip back here with her family next year, and we definitely look forward to catch her return to Singapore again!

How It Feels Like Attending Gangjin K-pop Concert in Korea With Over 23,000 Fans