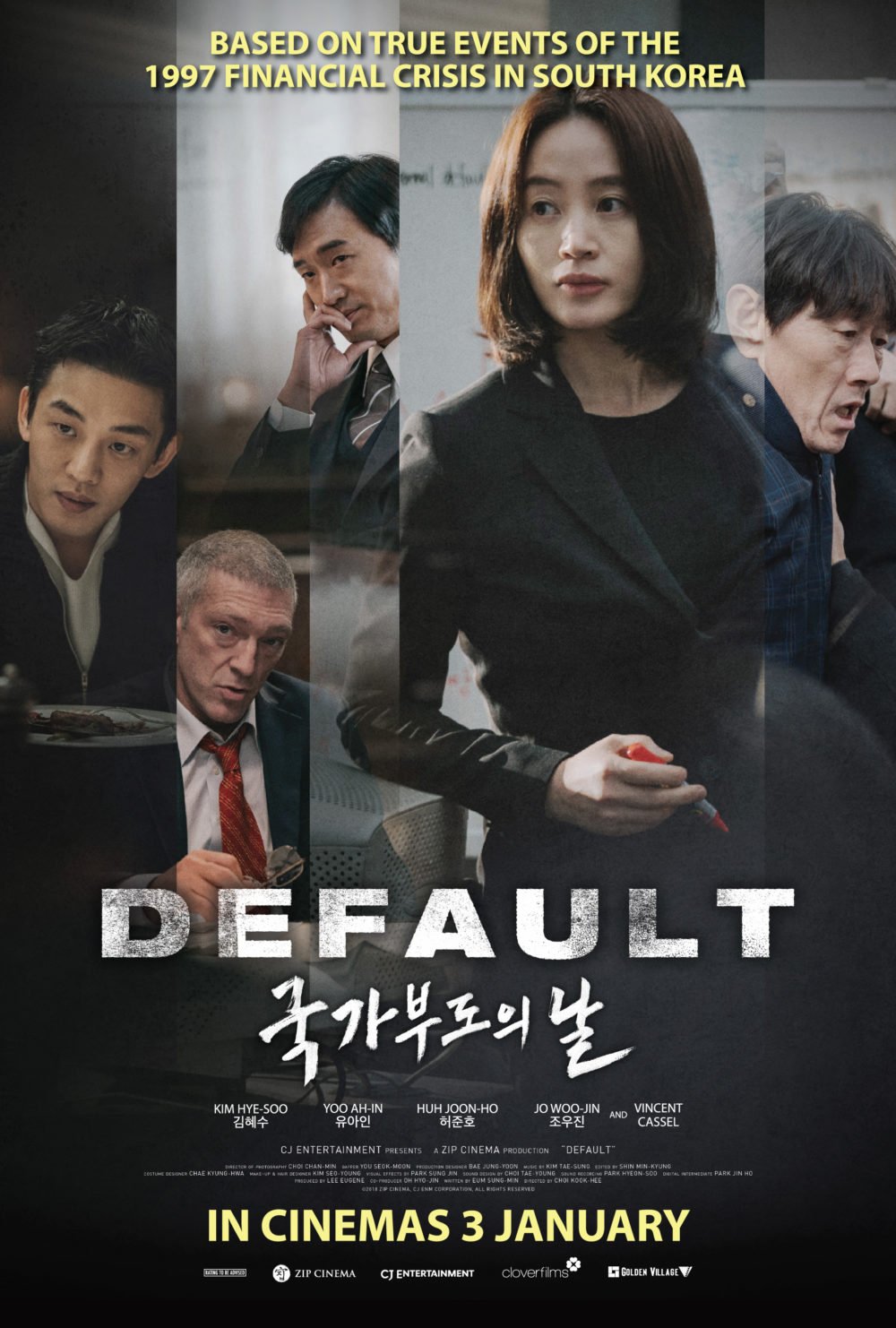 In this cruel world where it’s either you eat or be eaten, people will do whatever it takes to be successful, even if it means that they have to overstep boundaries. The film “Default” depicts a series of happenings that took place in the year 1997, a year that shook this Asian Tiger to its core.

Known for its bustling economy and financial stability, Korea joined the league of OCED regions earlier in 1997, only to face a sudden economic downturn that tore the country and its people apart. As uncertainty and chaos invade the citizens and as the country faces an imminent bankruptcy that threatens to cut off their livelihoods, join the lives of 3 very different people as they maneuver their way in this unsettling period. 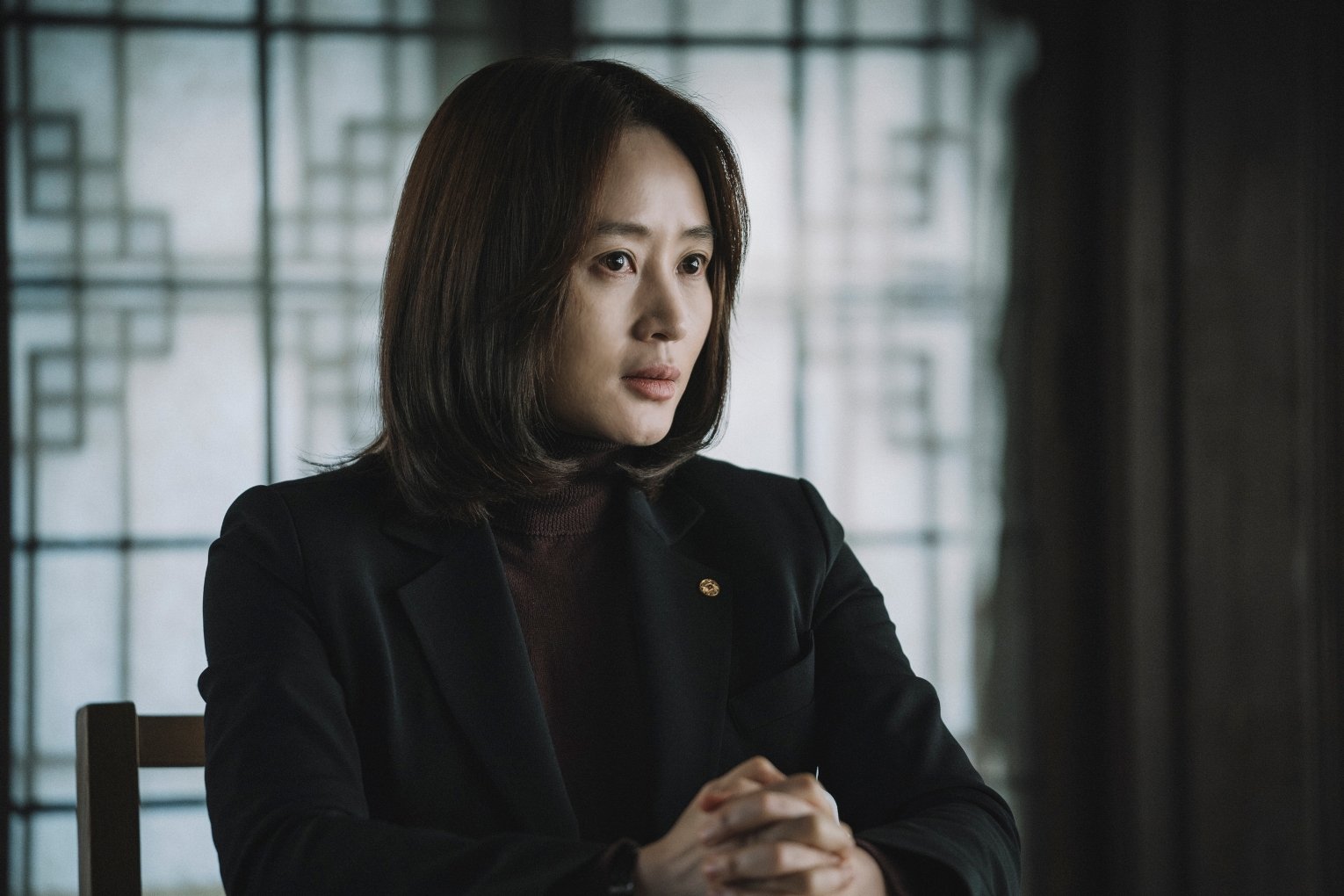 This is the first Korean film that touches on how Korea suffered from the head-on collision with the Asian Financial Crisis. With immersive acting and an enthralling storyline, “Default” managed to claim the #1 spot the day it debuted on the Korean box office charts, with admissions surpassing more than 315,000 on the day itself.

Featuring a lineup of world-class actors from Korea and France, such as Kim Hye-soo, Yoo Ah-in, Huh Joon-ho and Vincent Cassel, this film is set to dominate the world stage as well. 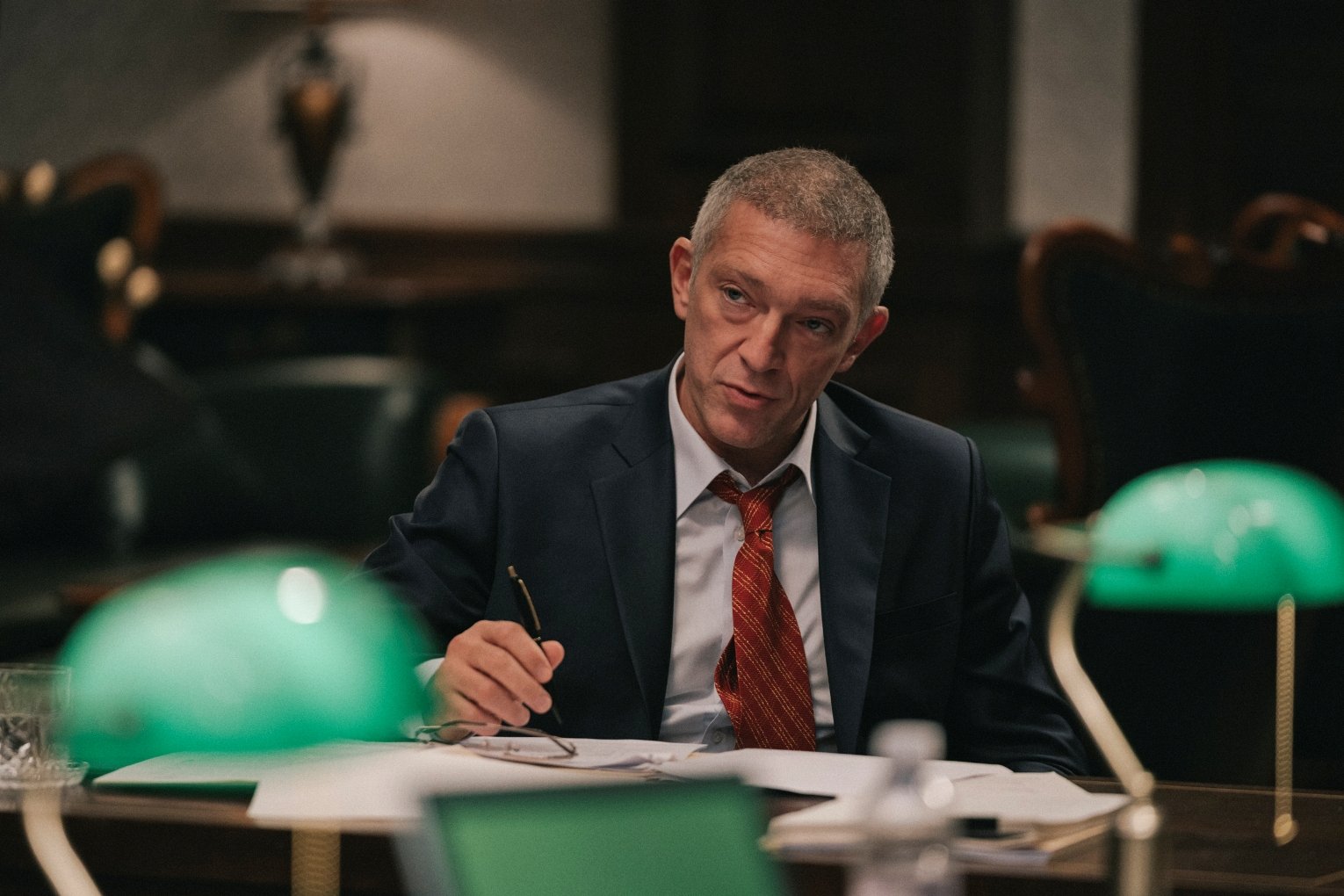 Known for his award-winning directing abilities, “Default” is spearheaded by Director Choi Kook-hee, the same person behind the film “Split” (2016). As the film progresses, be amazed at how meticulous the attention to details in this film are.

With carefully sourced locations and wardrobes that retain the nostalgic feel of the 1990s, the team behind “Default” were successfully able to capture the atmosphere of that tumultuous year, bringing the past to life.

Si-hyun (KIM Hye-soo), the monetary policy manager at the Bank of Korea, predicts a massive national financial crisis and reports it to the Director. The Director doesn’t schedule an emergency summit until 10 days later but does it without notifying the public of the situation. Si-hyun urges for the crisis to be announced in order to warn people of the looming disaster, but her plea is ignored. The summit is held behind closed doors.

Jung-hak (YOO Ah-in), a financial consultant, notices Korea is suddenly hemorrhaging foreign funds, and he learns the reason is that international finance firms have ordered an all-out investment withdrawal from the country, which has caused the credit rating to plummet. He hands in his resignation and decides to play the odds on what he’s sure is a coming crisis. He secretly starts gathering investors willing to do the same.

Gap-su (HUH Joon-ho), a family man who runs a small tableware factory, has a big break and wins a contract with a department store. The fact that the price settlement terms equal to little more than a promissory note concerns him only briefly, and oblivious to the looming financial upheaval, Gap-su signs the contract.

The Managing Director of IMF (Vincent CASSEL) comes to Korea just one week before the country goes bust, and that is when those who try to prevent the crisis, those who seek to take advantage of it, and those only trying to protect their livelihood are caught in the wake of a national bankruptcy 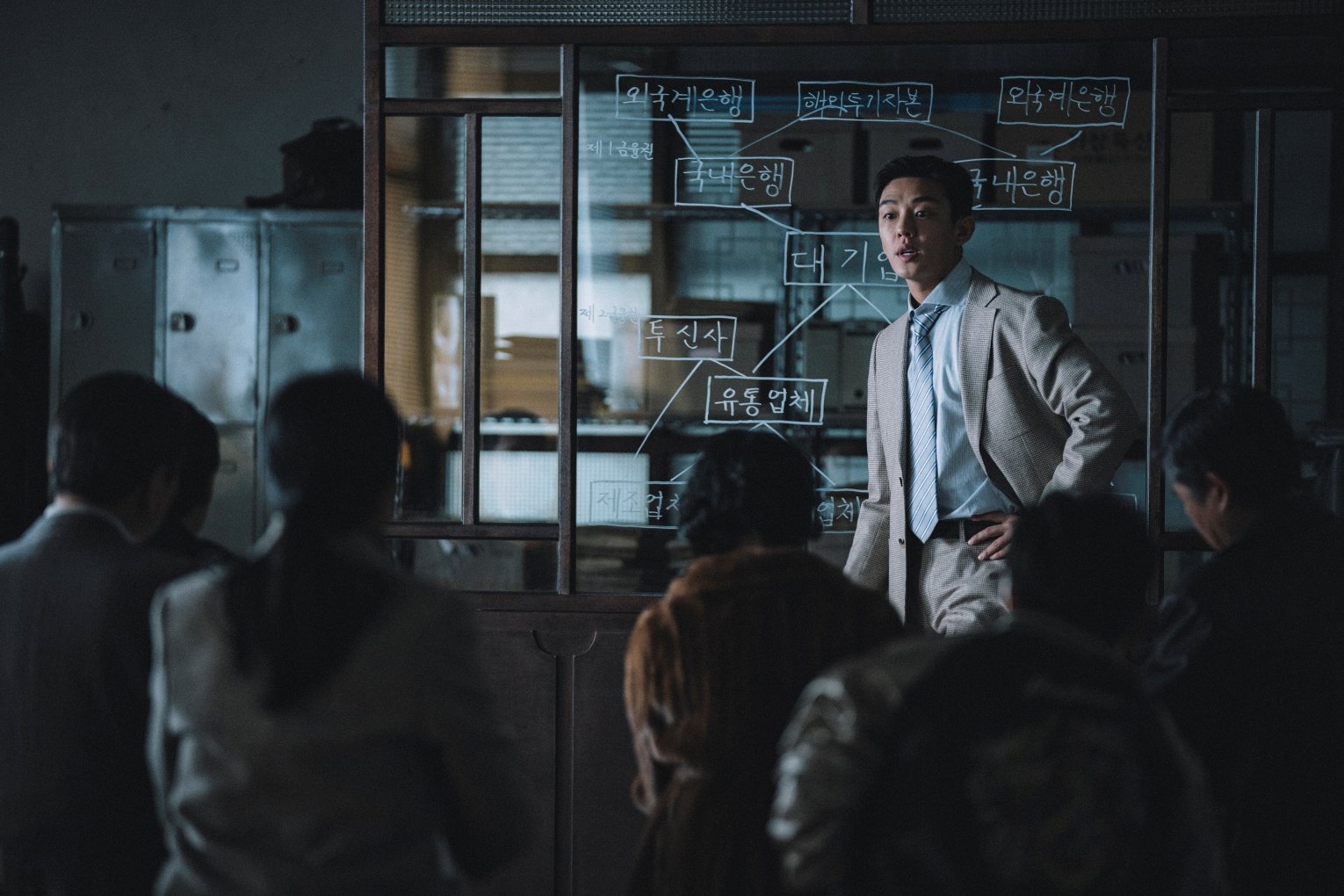 Watch the official trailer and stay tuned to our Facebook page (here) to find out how you can win yourself a pair of preview screening tickets to catch the film ahead of its release!