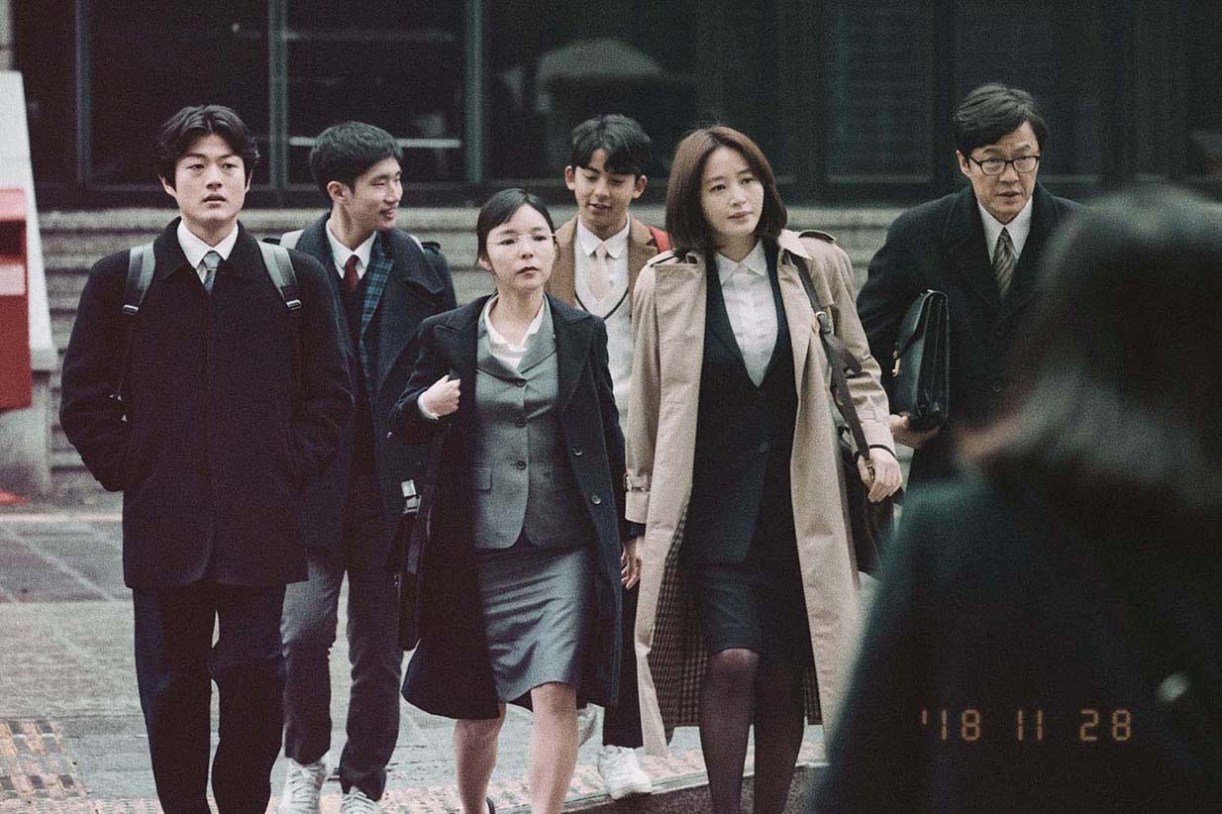 Imagine a country where employment is the norm, and where foreign entities owned the local corporations. That was the problem South Korea was facing back in 1997 after encountering a sovereign default. Although South Korea is now a country known for its vibrant and fast-growing economy, things were vastly different back then.

The country’s miraculous transformation after the Korean War has made them global powerhouses, earning them a spot in the coveted OCED. However, many years of prosperity made both people and corporations complacent and when push comes to shove, disaster strikes when you least expect it. 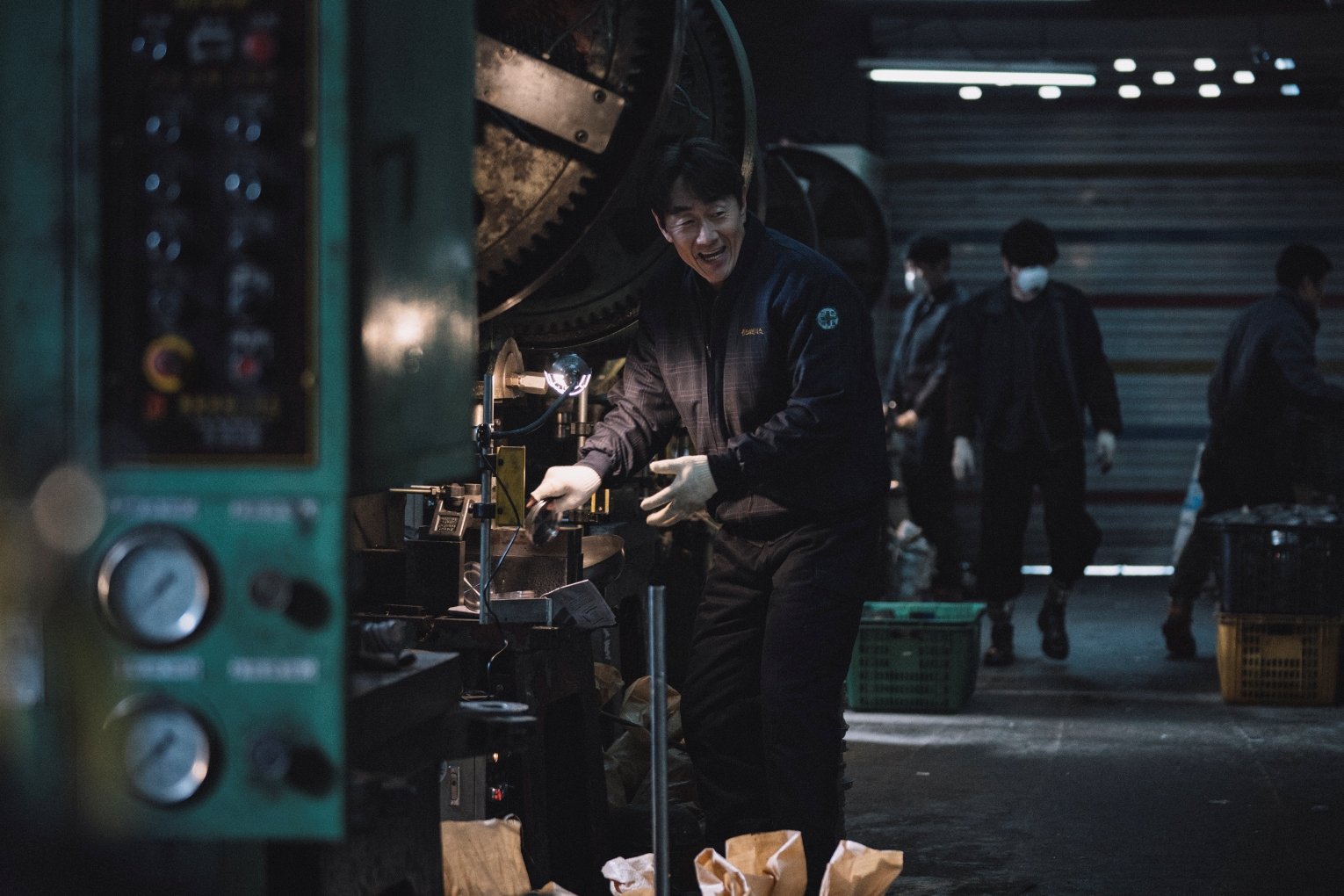 “Default” is the first Korean film that features South Korea facing a financial crisis. More specifically, it depicts a series of events that affected Koreans during the IMF crisis. While this crisis shakes the country to its core, the film helps us and allows us to take a peek into the lives of 3 different Koreans, all from different backgrounds and statuses. 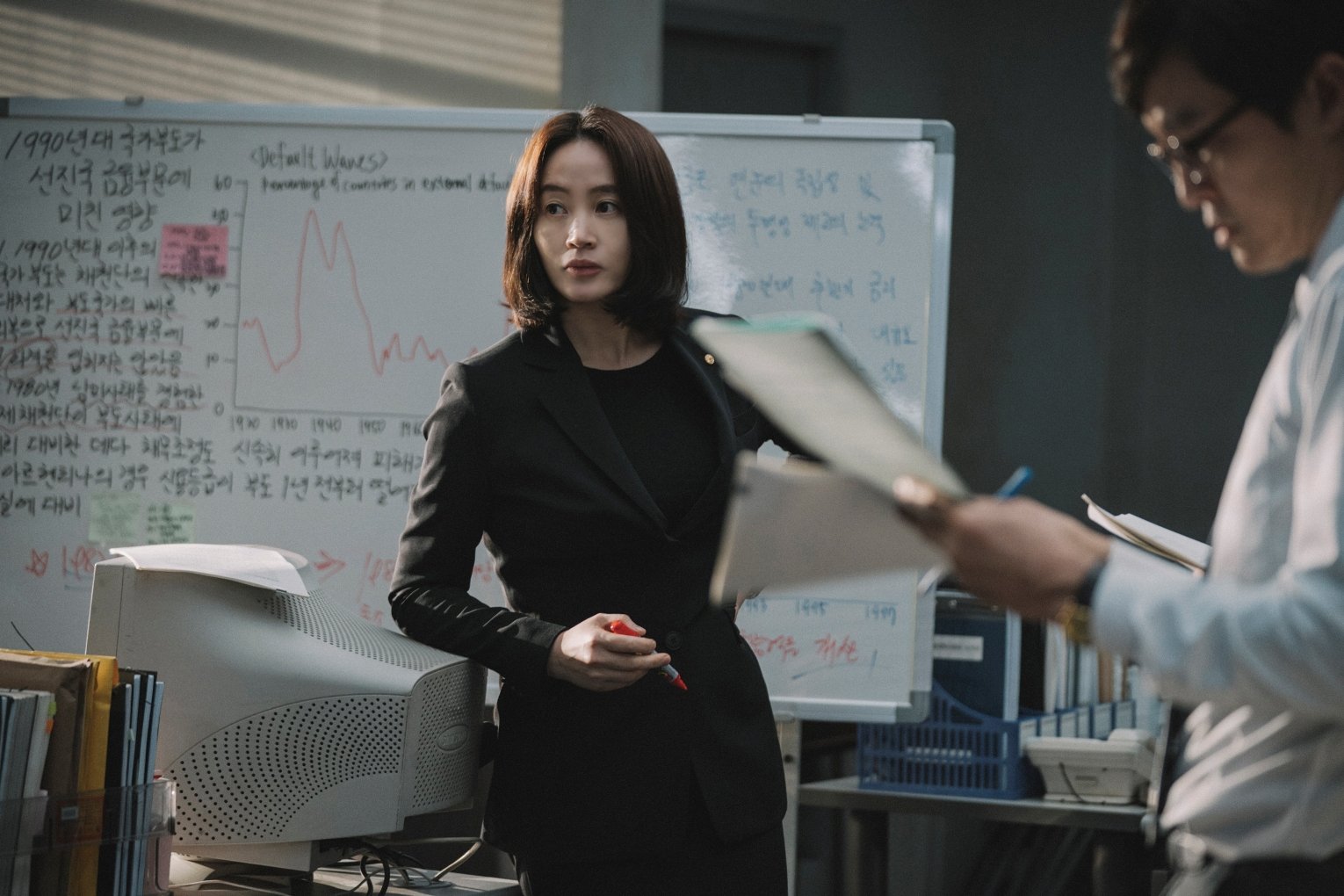 Enter Han Si-hyun (played by Kim Hye-soo), the Head of Monetary Policy at the Bank of Korea. A few weeks prior to the national bankruptcy, Si-hyun senses the warning signals of an impending crisis and tries to warn others of the disaster before it is too late. But her efforts seem to be going to waste as her pleas fall into the deaf ears of greedy politicians/conglomerates.

Despite having her abilities belittled because of her gender, I liked how Si-hyun continues to shake off the stereotype of a woman in the workforce. Her force and charisma were so impactful, I found myself looking forward to her scenes throughout the movie. Apart from the scenes Director Choi had placed inside that made her look like an emotionally driven civil servant at times, there was nothing to dislike about the portrayal of her character. She definitely captured the essence of an ethical, headstrong and responsible leader really well for the most part. 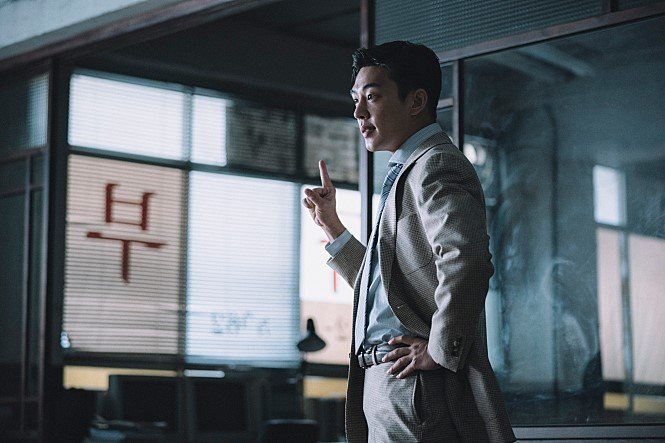 We all know an opportunistic person when we see one. They are the ones that always strike while the iron is hot. Excited that this economic disaster is a potential way to get rich, Jung-hak (played by Yoo Ah-in) resigns from his job as a financial consultant to bet against the risky odds. Joined by a team of like-minded investors, he bets on the inefficiency and lack of transparency from the government to work in his favor. Thanks to him, I now know that if your country is collapsing, IT’S TIME TO BUY U.S. DOLLARS.

While Jung-hak hardly interacts with the other casts (it’s a different storyline after all), his character is a bit of a mystery. One minute he is all smiles with his fellow investors from profiting from the crisis, the next minute his face goes hard to no apparent reason. Despite that, Yoo Ah-in does a good job at playing his role really well and he was a joy to watch! 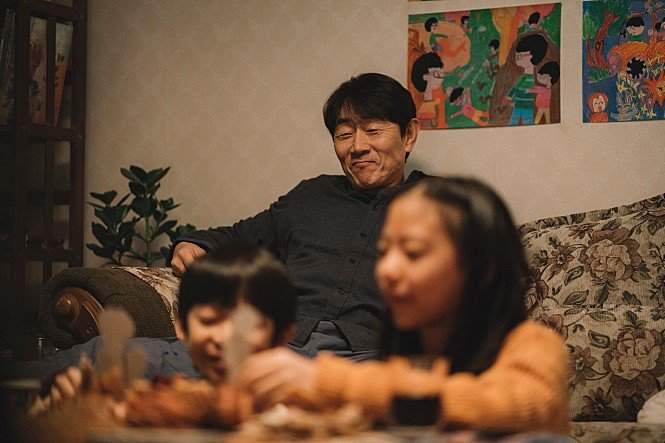 Lastly, there is the everyday husband, Gap-su (played by Huh Joon-ho). The simple, happy-go-lucky family man faces a series of unfortunate turn of events all in a span of a week. After successfully sealing a deal for his factory with a local departmental store, he faces a roadblock after realizing that the promissory note he received is rendered useless thanks to the financial crisis. Stuck with a ton of debt and desperate to find the light at the end of the tunnel, he attempts to resolve the problem only to realize that others are in the same predicament with no way out.

Known for his versatile acting chops, it is nice to see him play the role of a simple family man. Huh Joon-ho integrated into his role really well and his emotional acting allowed us to see and feel how the everyday Koreans were trying to cope with the disaster. Though we did not experience it first hand, just seeing him experience the stages of it was so heartbreaking. 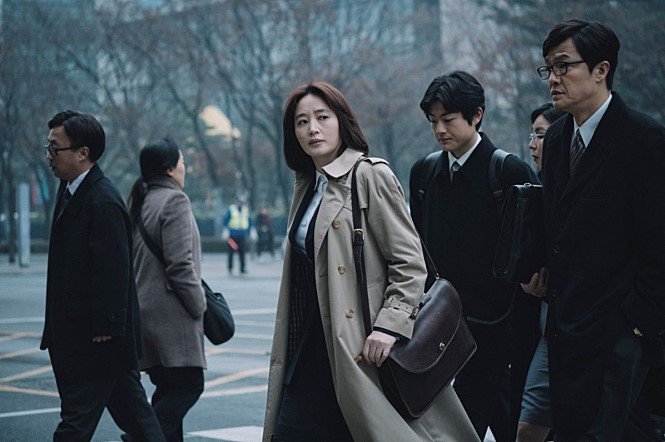 While watching this film, I think my brain died a little 30 minutes into the show. As much as it was inevitable, there were a lot of economic terms and jargons being thrown around during the entirety of the film. Even for someone who undertook an economics module a few years back, I still find myself confused at some points just because the film was paced a little too quickly. But one thing I really liked about “Default” was the fact that the film touches on various social topics that people then and now struggle to overcome.

There were scenes that touched on workplace gender discrimination, media manipulation, political corruption and income inequality, and watching this made me realised that there was just no end of human greed. If there is something I hope all viewers would take home with them after watching the film, it would be that people are not created equal but even so, we must strive to overcome our differences for the greater good. 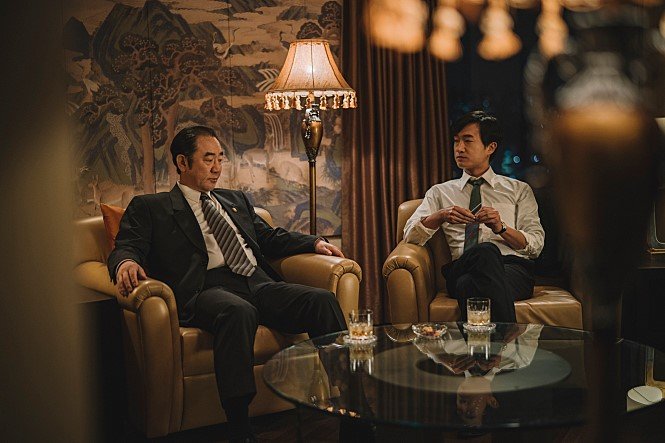 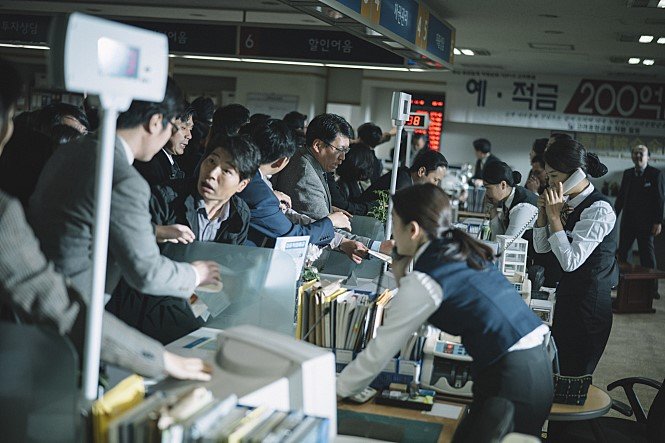 Movie-wise, Director Choi did a good job of gathering a team that brought the past to life. Not only was the cinematography effective in capturing the vibes of the 1990s, the attention to detail to the wardrobe, filming and even casting made the film even more realistic. But if there was one thing I found unlikable, it was the scene which depicted Gap-su 20 years later. In this scene, he was seen shouting to a foreign worker named “Hassan”, berating him for working too slowly. To be honest, that particular scene was unnecessary because it did not help the plot in any way. If anything, it just reminds me of how some Koreans continue to see people of color differently and continue to discriminate them without any thought.

But overall, it was a nice film and a gentle reminder to us all that disaster can strike us at any moment. While we are enjoying the fruits of our ancestor’s labor, it is always important to take a step back and not be too complacent.

“Default” opens in GV cinemas 3 January 2019. Watch the official trailer and find out more about the film here:

[FILM REVIEW] Hit-and-Run Squad: The Excitement Came and Left Too Fast, Too Soon