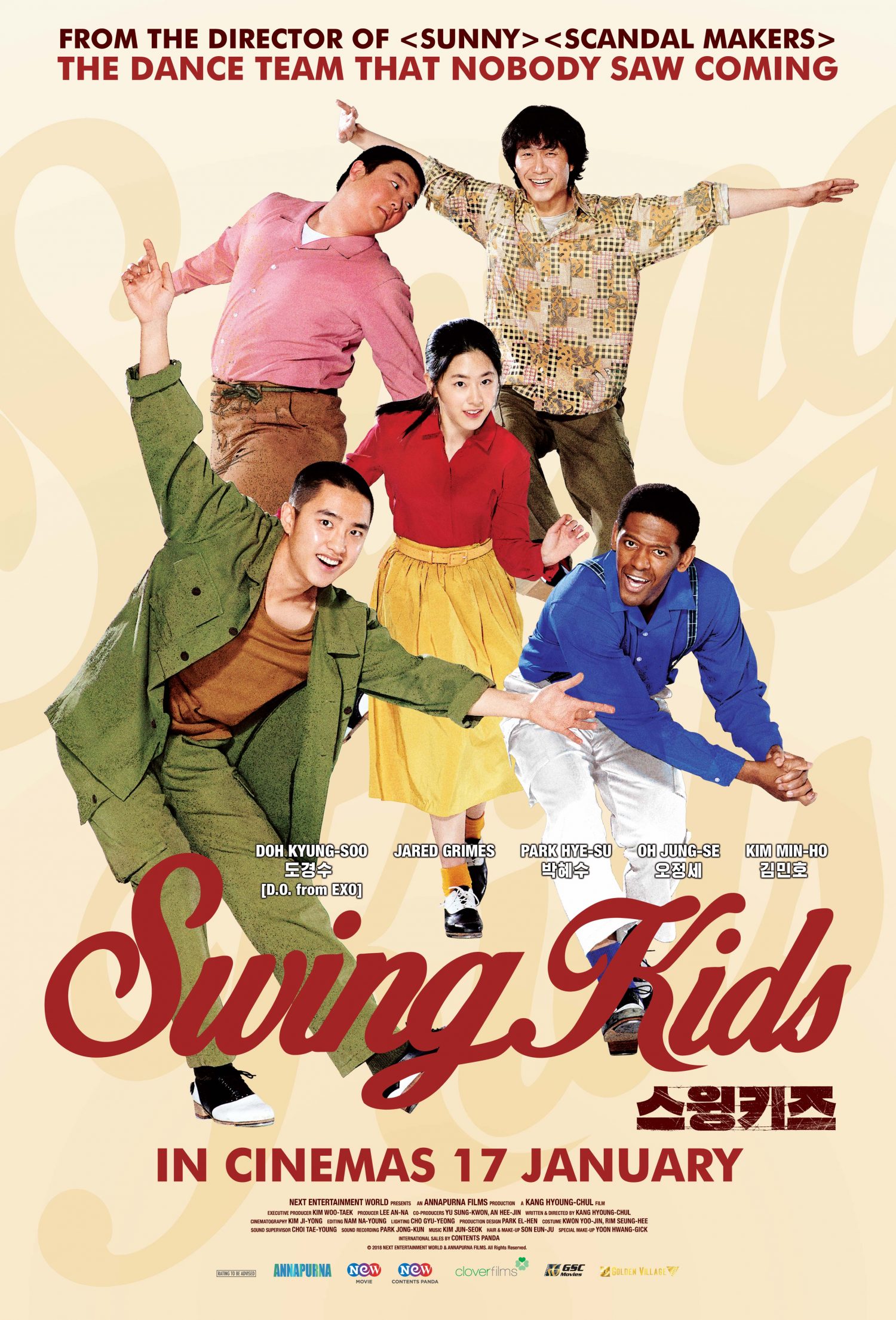 Start the fresh year off with Swing Kids, a film that promises to bring you and your family everything from laughter, excitement to sadness. In a period where all hopes seem lost, join 5 racially-diverse people as they strive to form the ultimate tap dance team in their prison camp. 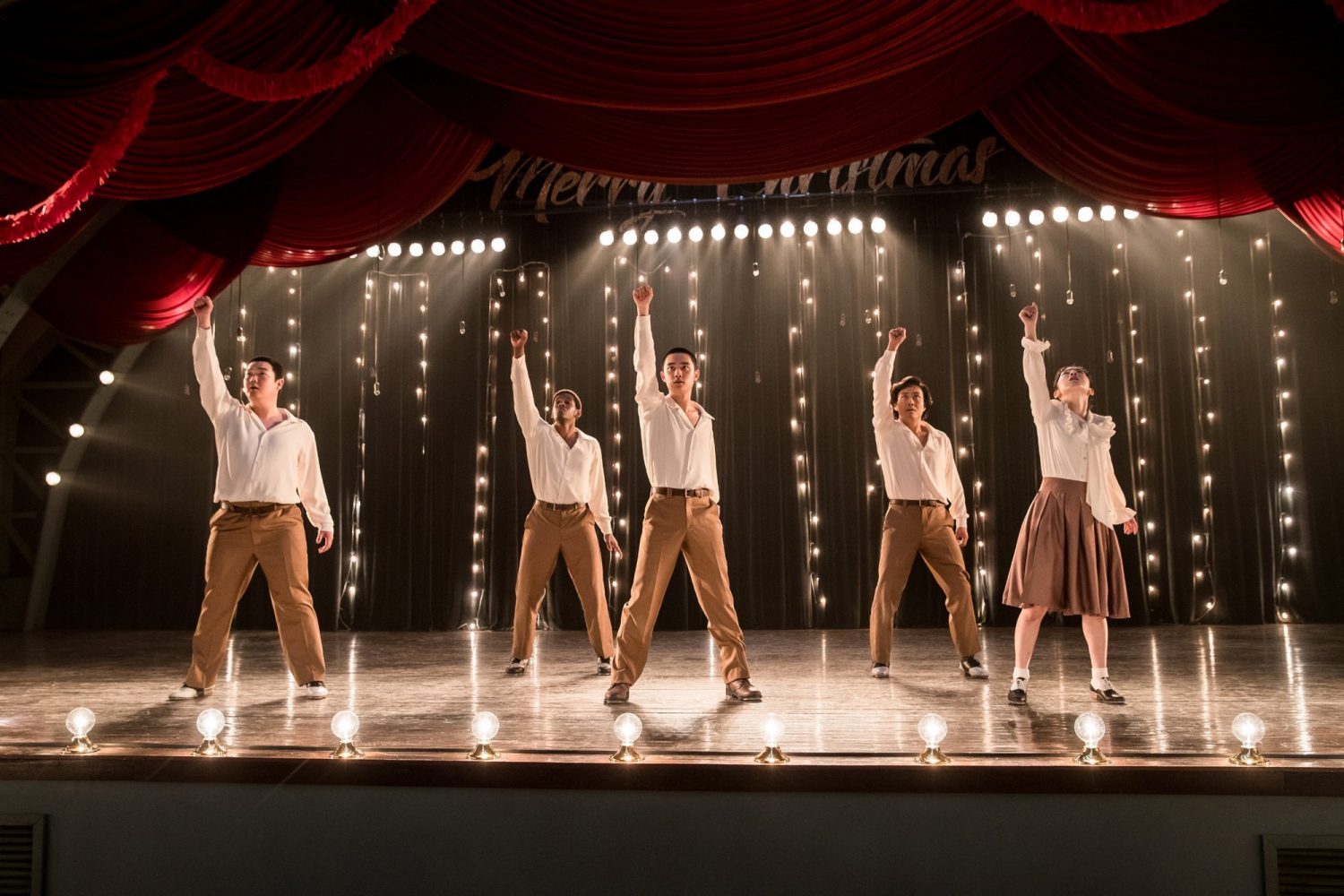 A hybrid film that combines two contrasting elements to show that there is harmony in everything, the film starts off with Jackson (played by Jared Grimes), an American Broadway dancer turned US sergeant, being tasked by his superior to form a dance team in an effort to improve the public’s perception of the camp.

Forced to his wit’s end, he ultimately picks members only to get frustrated at their disorderliness, until Roh Ki-soo (played by Doh Kyung-soo) steps in. After a whirlwind of emotions, Jackson is eventually impressed by their passion for dance and the ensemble soon comes together, striving to seek happiness in one of the most painful periods in Korea’s history. 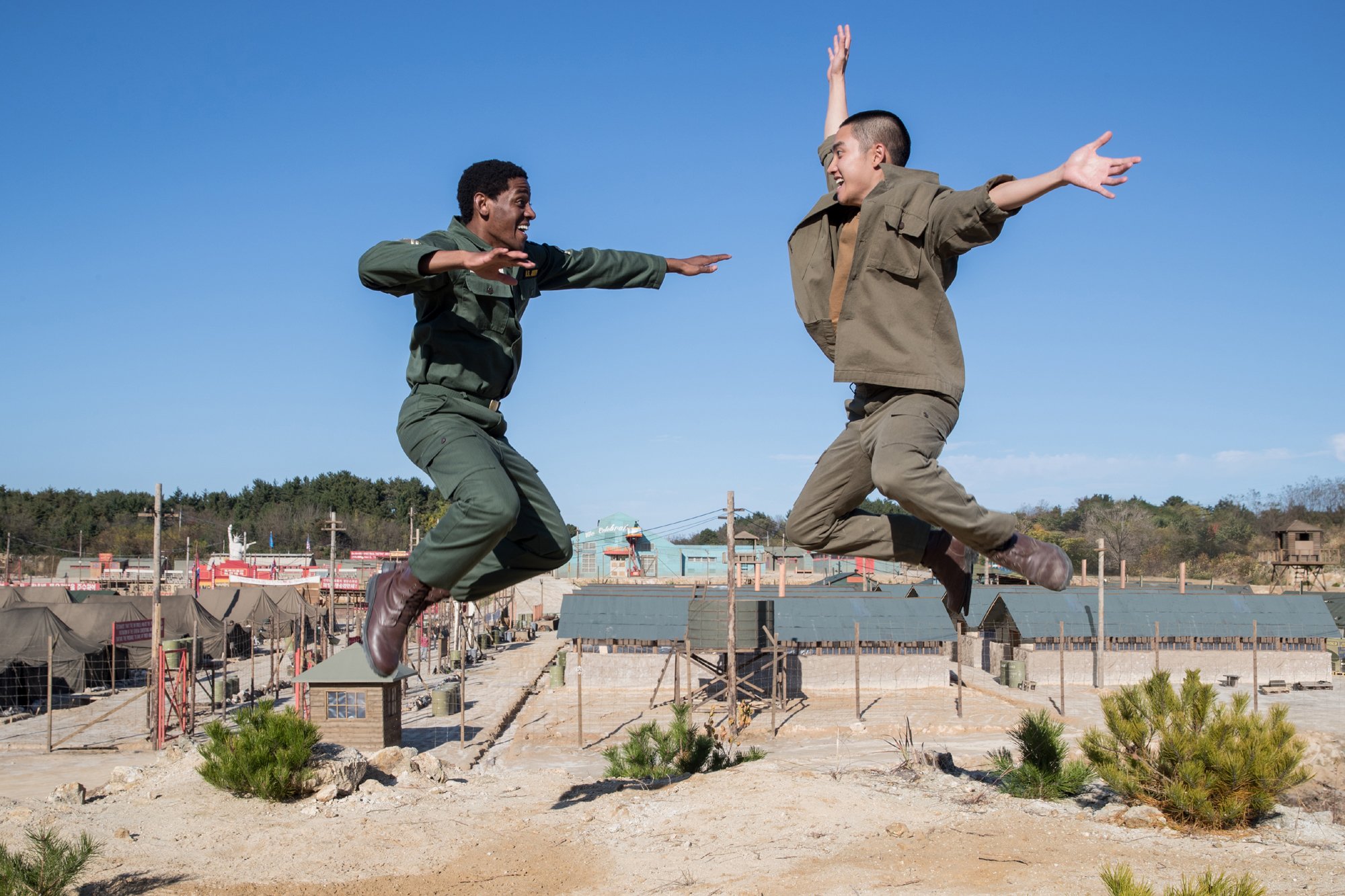 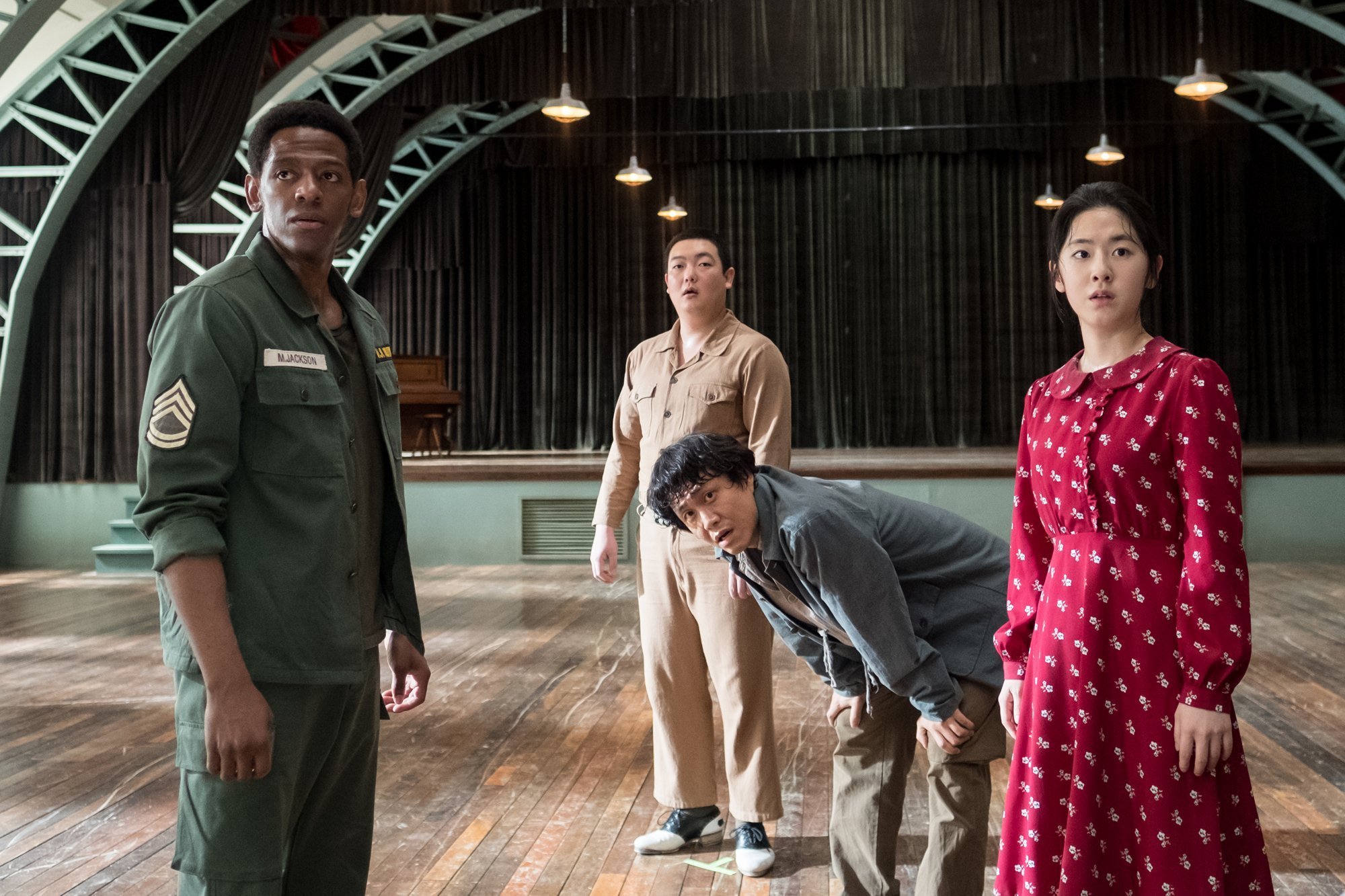 Swing Kids stars a good mix of both seasoned and fresh actors in the acting scene. Taking the lead in this film is Doh Kyung-soo, an idol-actor who has been making waves in the industry for his impeccable skill at immersing himself into different characters. Prior to Swing Kids, he has charmed many with his acting in Along with the Gods, My Annoying Brother, and many more.

Similarly, after an impressive career onstage, Swing Kids also marks Broadway performer Jared Grimes’ first foray into the Korean film industry and many are excited to see how he will integrate himself into the film. Apart from Doh Kyung-soo and Jared Grimes, the film stars Park Hye-soo, Kim Min-ho and veteran actor Oh Jung-se, all of which are expected to grace the film with a fresh burst of charms and talents. With such an impressive and diverse list of actors from the east and the west on board, this film is expected to be Director Kang’s next hit. 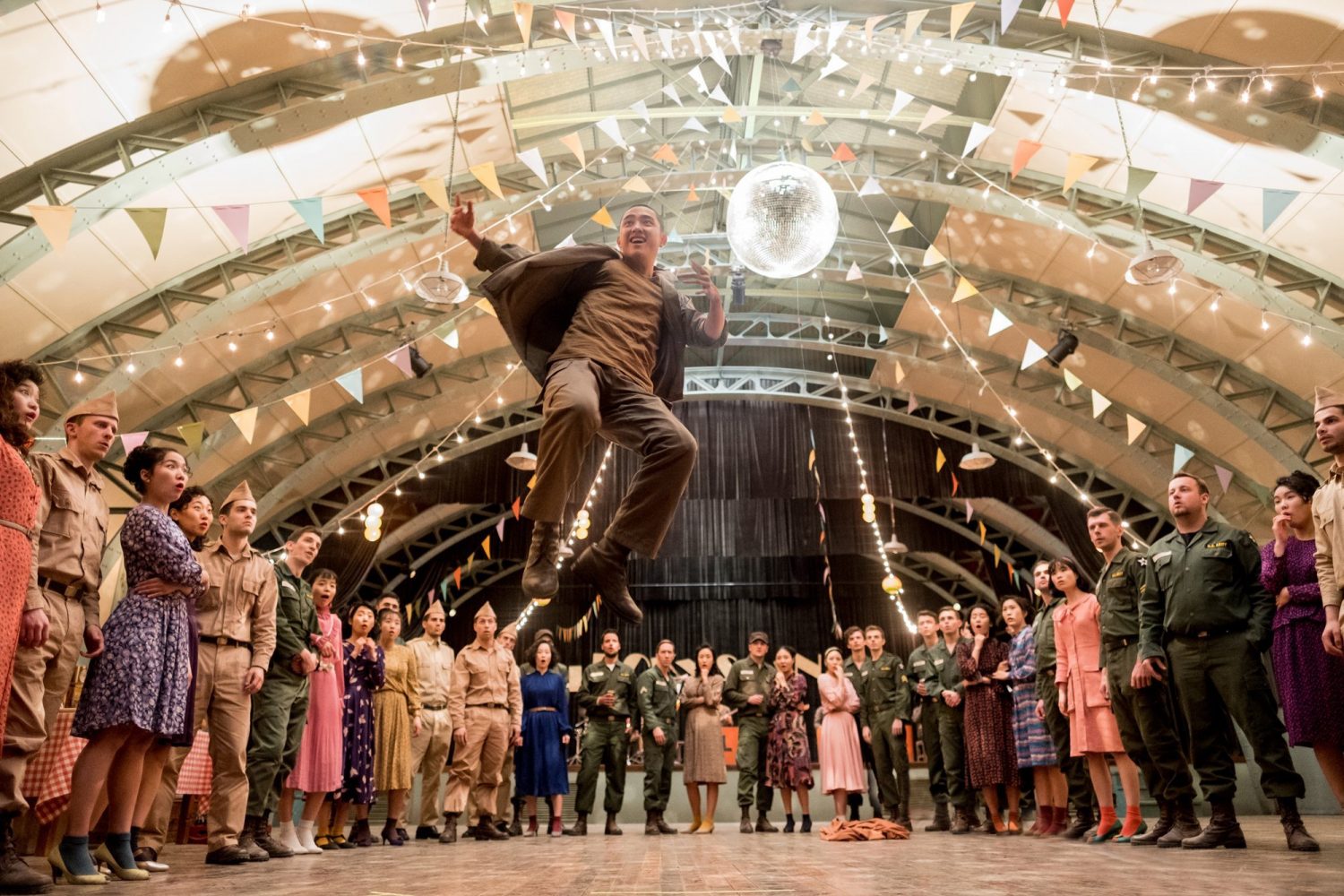 Director Kang Hyoung-chul is well-known in the Korean film industry for producing many stellar hits over the span of a decade. In his career, he produced classics such as Scandal Makers and Sunny, both of which received high praises from the public and were the highest grossing Korean films at their respective years.

Releasing hit after hit, anticipations are at its ultimate peak for his latest release in three years, and the public just can’t wait to see just what fresh ideas he can bring to the table with Swing Kids. Prior to the film’s official release, Swing Kids ranked first in the pre-sales with a 21.6% reservation rate.

“How’s about putting together a little dance team here? With some of these prisoners?”

During the Korean War in 1951, the newly appointed chief to the largest POW camp in Koje plans to make a dance team of the prisoners to improve the camp’s public image. The ‘Swing Kids’ dance team consists of ‘ROH Ki-soo’ (DOH Kyung-soo), the POW camp’s biggest troublemaker, ‘YANG Pallae’ (PARK Hye-su), an unauthorized interpreter who speaks 4 languages, ‘KANG Byung-sam’ (OH Jung-se), a man who wants to become famous to find his wife, ‘Xiao Fang’ (KIM Min-ho), a malnourished Chinese dancer with surprising moves, and ‘Jackson’ (Jared Grimes), the leader who used to tap dance on Broadway. The dance team, which consists of people of different nationalities, languages, ideologies, backgrounds and skills, faces a dark, uncertain future as their debut stage approaches…

Can’t get enough? Watch the official trailer and stay tuned to our Facebook page to find out how you can win yourself a pair of preview screening tickets to catch the film ahead of its release!