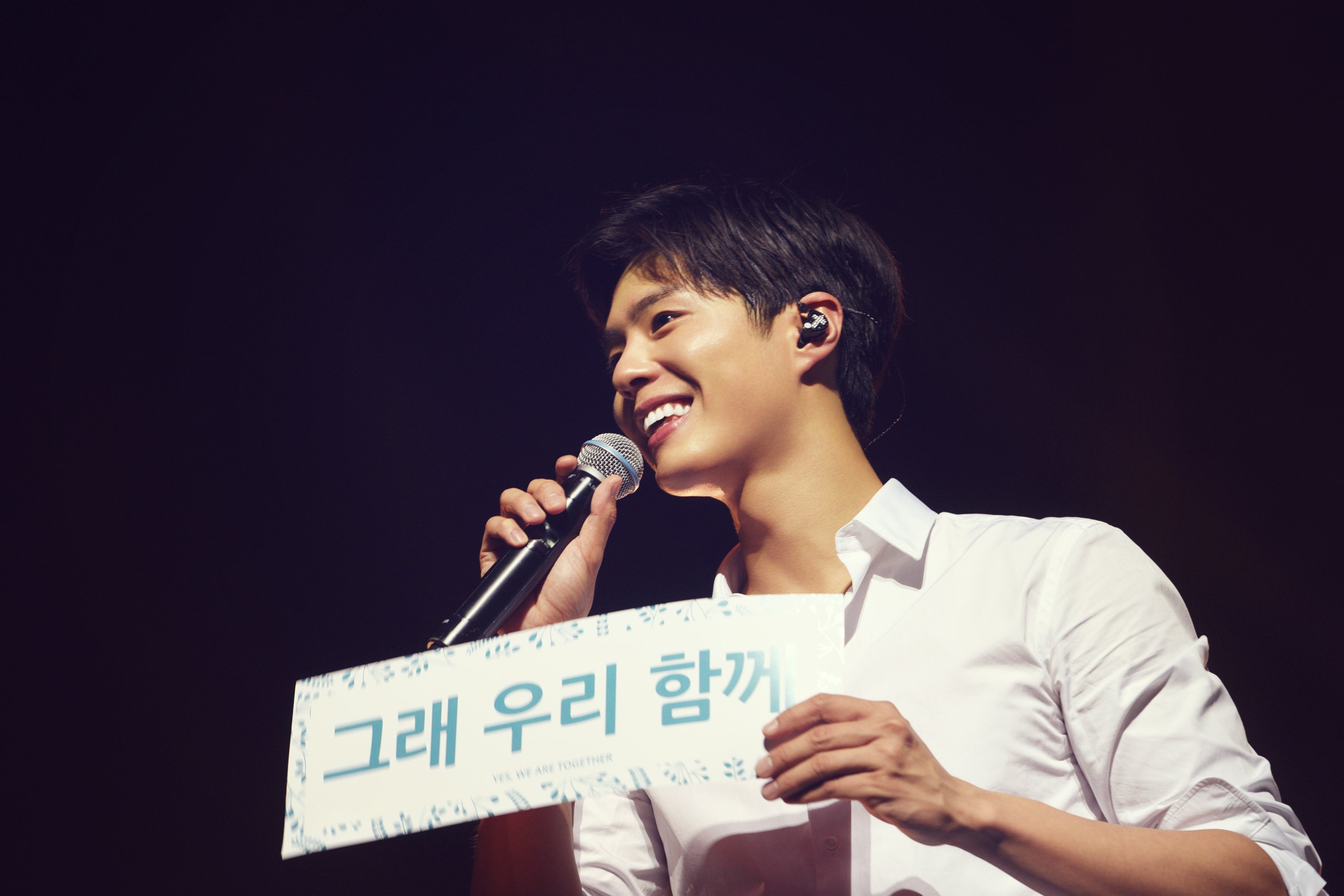 You know a genuine person the moment you see one, and the moment we saw Park Bo Gum, we could hear angel bells ringing. After the successful conclusion of  his latest drama ‘Encounter’, the hot actor was once again back in Singapore for his Asia Tour.

It has been two whole years since the actor last held a fanmeet in Singapore, and despite it being only his third visit here (his second being Music Bank Live in Singapore), the star is still as humble and giving as ever. Seriously, once you’ve been to his fanmeet, there is no way you will see fanmeets the same way again.

[#ParkBoGuminSG] Park Bo Gum starting off today’s show with DAY6’s “I Like You (좋아합니다)” ❤️ pic.twitter.com/kfJphF73dW

As the stage light darkened, the screen began rolling and fans started to fervently welcome Park Bo Gum with their passionate screams and rousing applause.

Descending from the stage in a charming grey suit, Park Bo Gum started off the fanmeeting with a cover of DAY6’s “I Like You”, to the excitement of many. 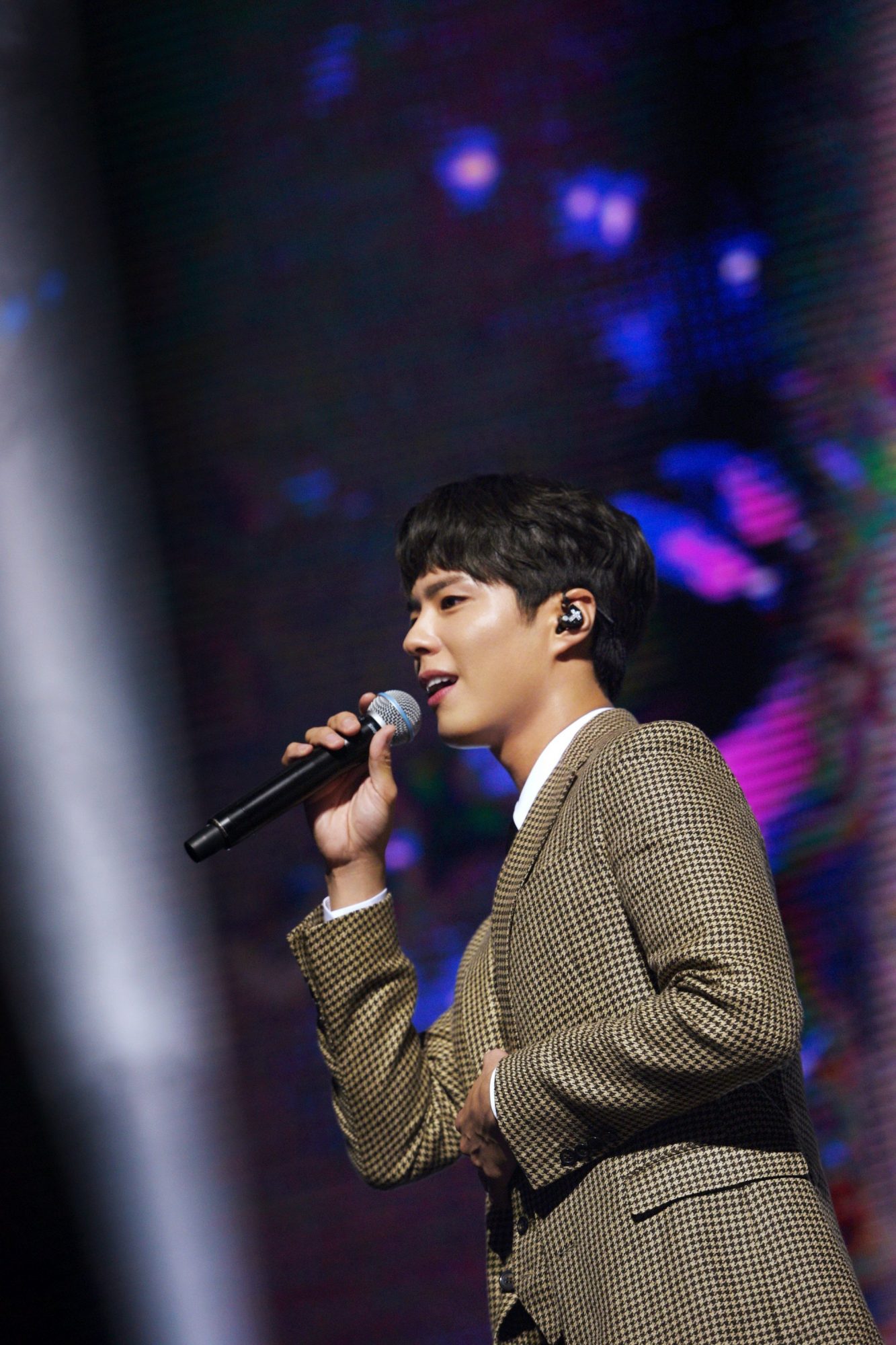 Soon after, the first half of the fanmeet began and the actor started talking about what he has been up to recently – to which he revealed that he would be preparing for his next film project the moment he lands in Korea.

Following that, 3 lucky fans were selected to go onstage, and were given a once-in-a-lifetime opportunity to reenact famous scenes from ‘Encounter’ with the actor himself! Under the envious eyes of many, Park Bo Gum became a fairytale romance come true for the three, we can’t help but swoon too. 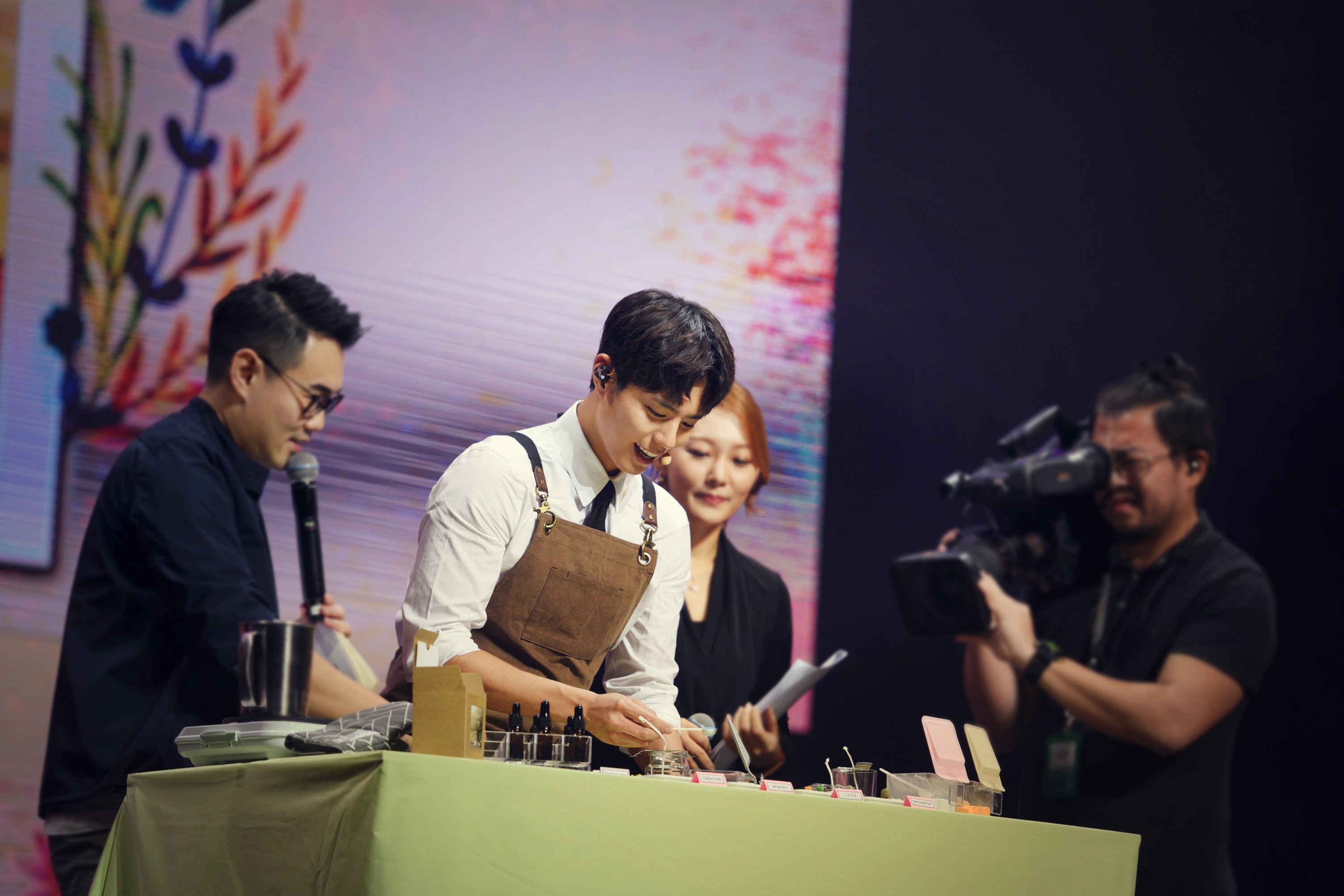 For every stop of the tour, the talented actor also made it a point to personalize a candle for one lucky fan, and Singapore was not an exception. A table was brought out and Park Bo Gum got his creative juices ready. Wanting the candle to be a true representation of the Singapore spirit, Park Bo Gum made sure that the candle was filled with blue sand (to represent the blue skies and seas) and perfectly fitted with a lion and five stars.

And that was not the end as he still had many things up his sleeve prepared for his fans. His generosity and love know no bounds and the actor continued to gift items from his personal collection to a number of fans. Some of the items included his official merchandise (such as his 2019 Seasons Greetings) and even a hat he wore on a trip to Universal Studios Singapore previously! 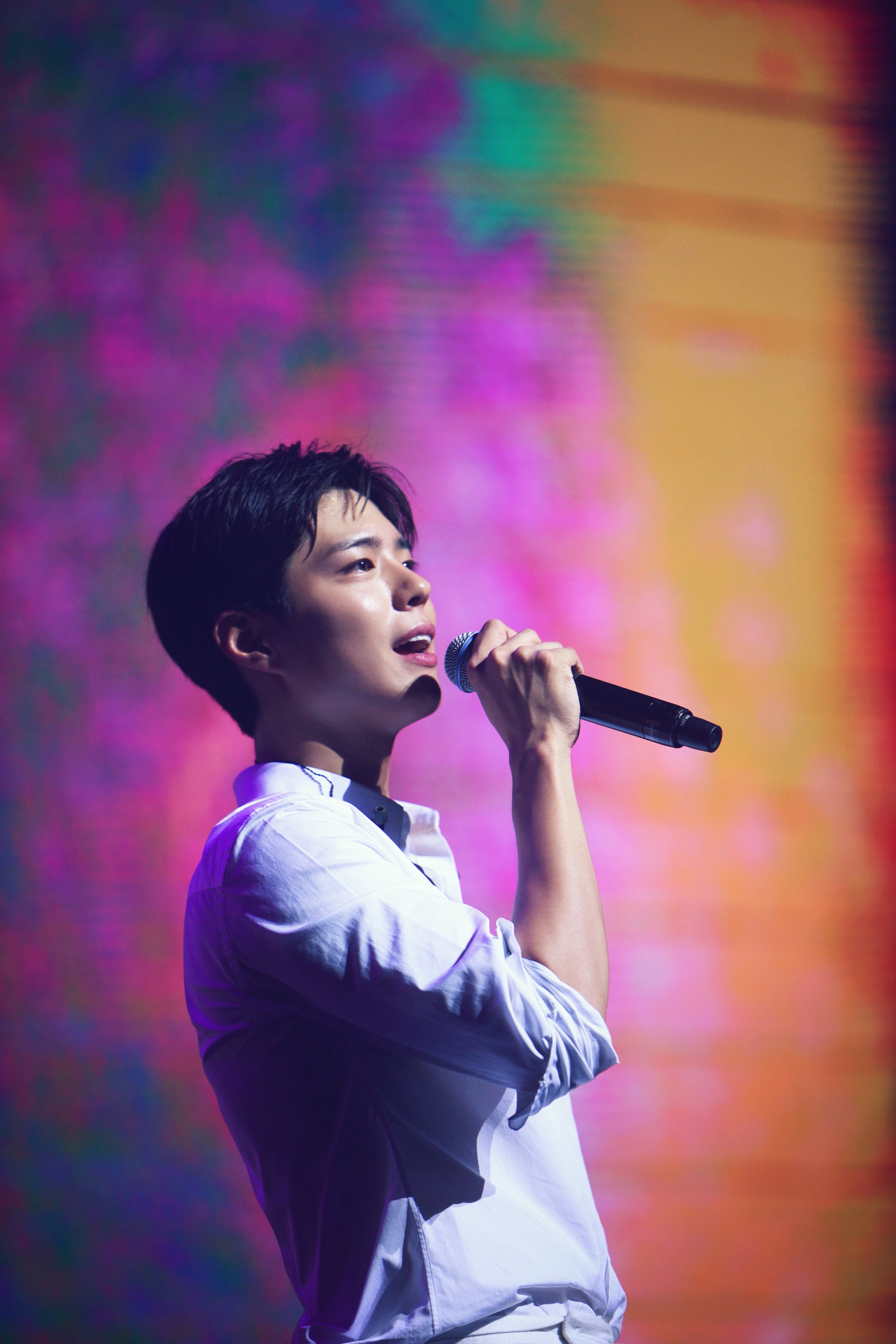 After concluding the extremely interactive first half of the fanmeet, the tempo shifted and the latter half was more of a mini-concert. Changing into an angelic white shirt, the seasoned actor began to flawlessly belt out track after track. A medley of songs such as Baek A Yeon’s “Always Be With You”, IU’s “Through The Night”, JYP’s “Honey” and his very own “My Person” were sung, all of which were picked in hopes of conveying his honest feelings to his fans. 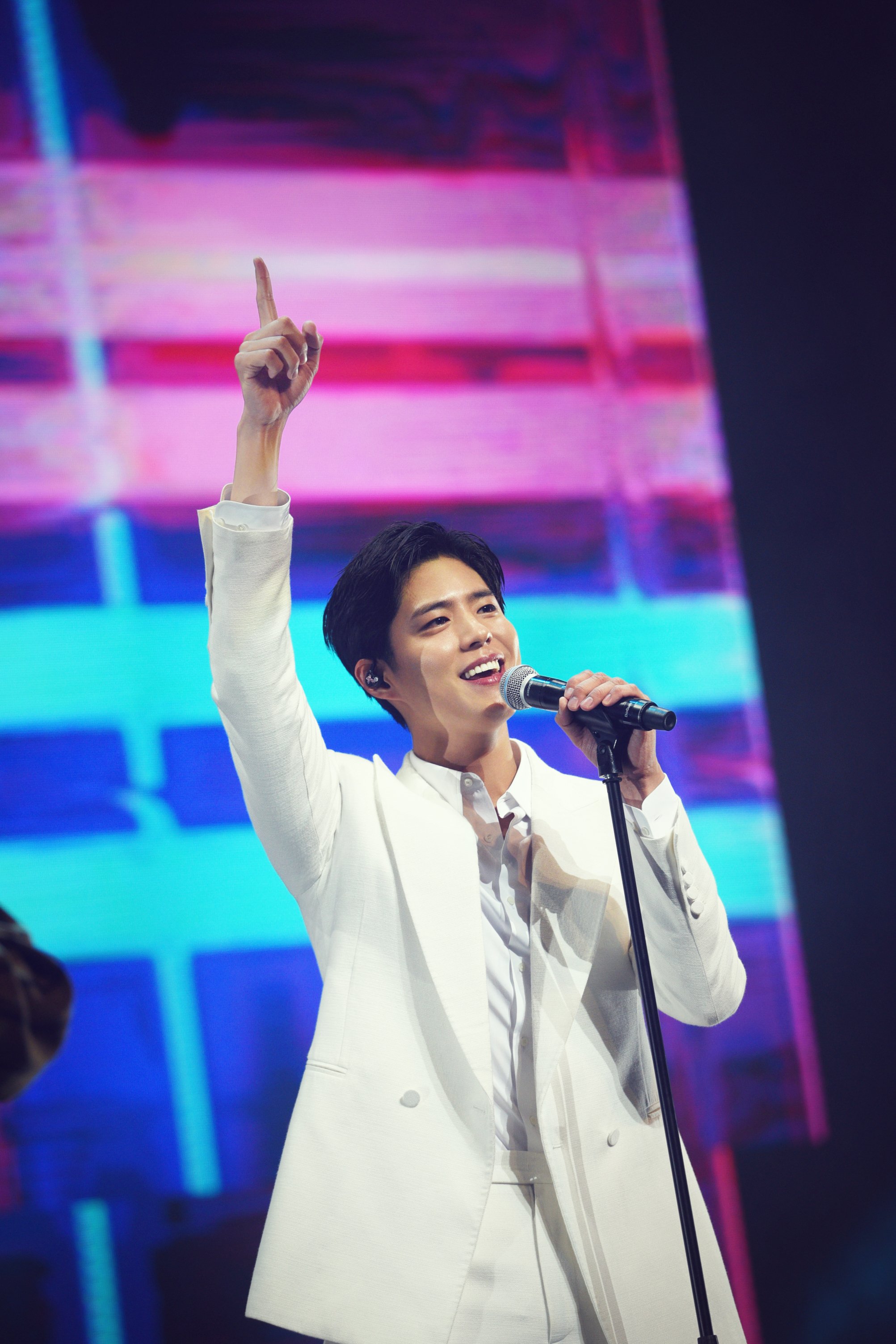 From slow, melancholic songs to fast adrenaline-pumping ones, not only were we impressed at his ability to pull off flawless renditions of all kinds of songs, we were charmed by his doe-like eyes that were gleaming with sincerity as his performed. His infectious smile definitely radiated energy and positivity unlike any other, and we soon found ourselves grooving along as he sang.

As with all fairytales, all blissful episodes have to come to an end, and as Park Bo Gum sang his final track, a cover of Deulgukhwa’s “Blessing”, the 3-hour fanmeet came to a satisfying close. Throughout the fanmeet, we were amazed at how passionate and generous he was, and we were also impressed at how vocal he is with his love for his fans. 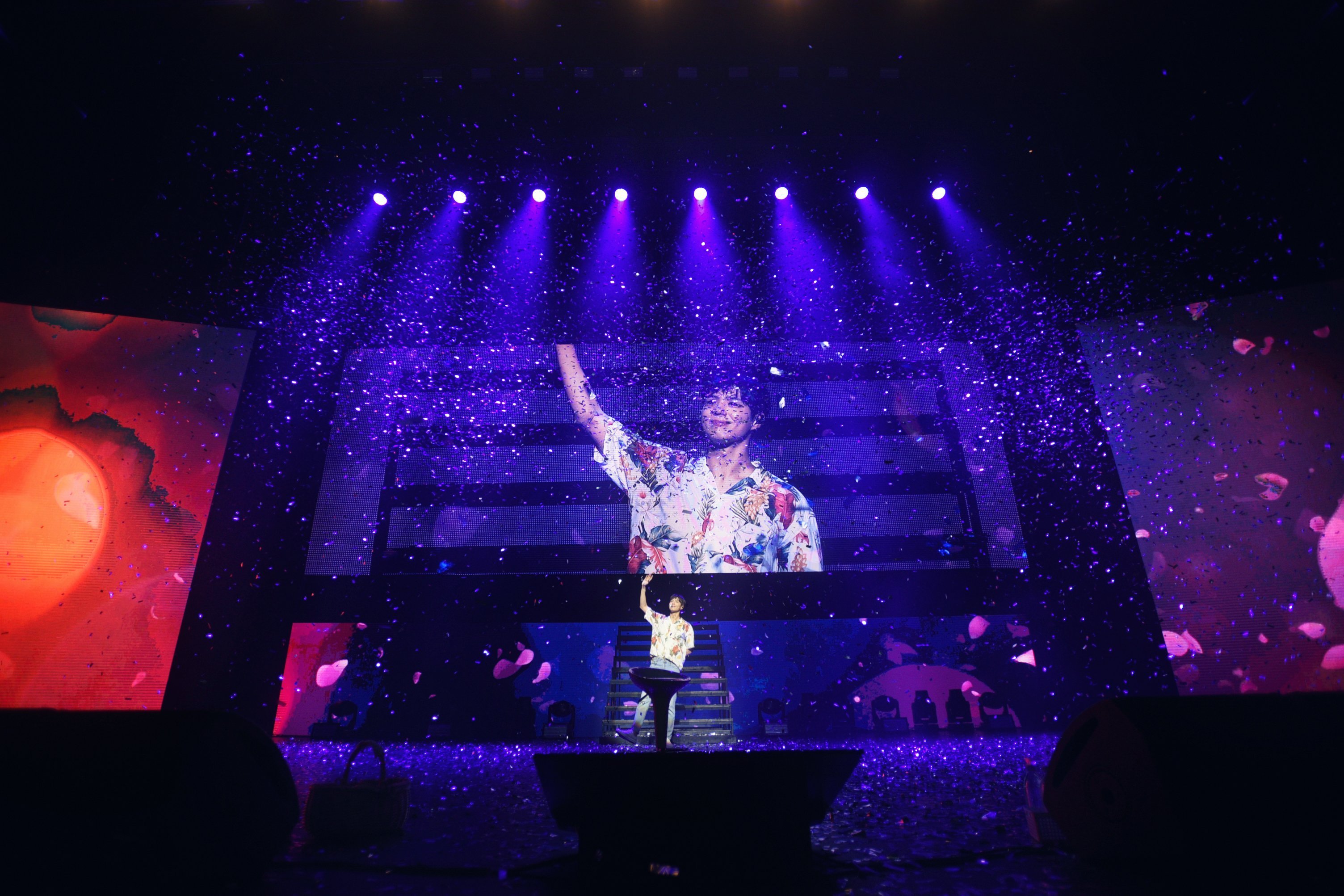 All throughout the show, there was never an instance where he showed his tiredness. Even until the end, Park Bo Gum was thinking about his fans, and each and every audience member even walked away with a hi-touch and letter from the actor! Time passed by in a blink of an eye but we are glad to see him staying true to his humble roots and it was truly a good day to remember.

Lovelyz To Perform in Singapore For The First Time Ever!