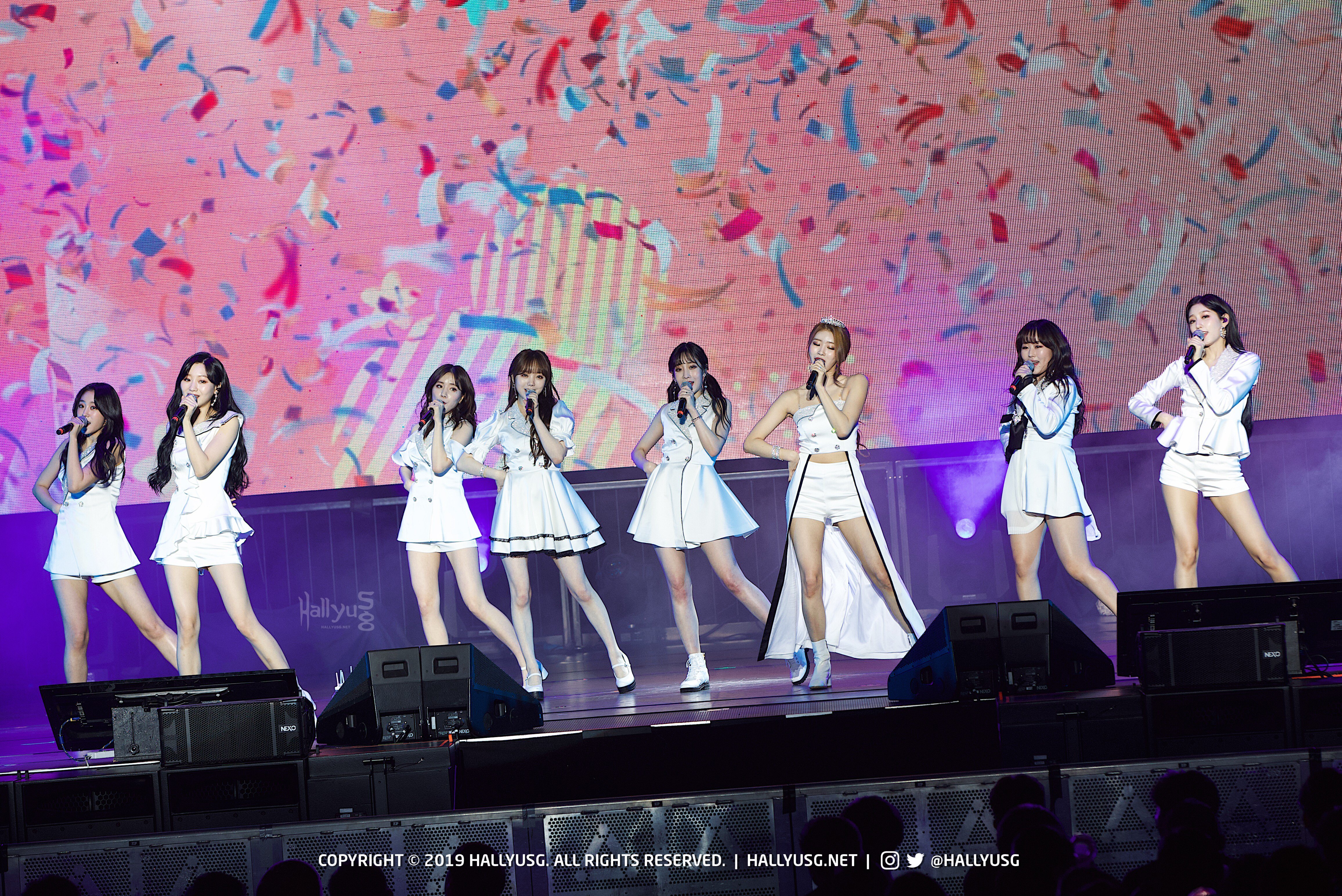 As part of their ongoing Lovelyz in Winterland 3 tour, Lovelyz invaded Singapore on March 17 and local fans were in for a treat as they were taken to the group’s Winter World for the first time ever!

For one night only, fans were given the opportunity to delve deeper into Lovelyz’ fantastical world, where they were treated to a variety of spectacular performance numbers and powerful vocal acrobatics. 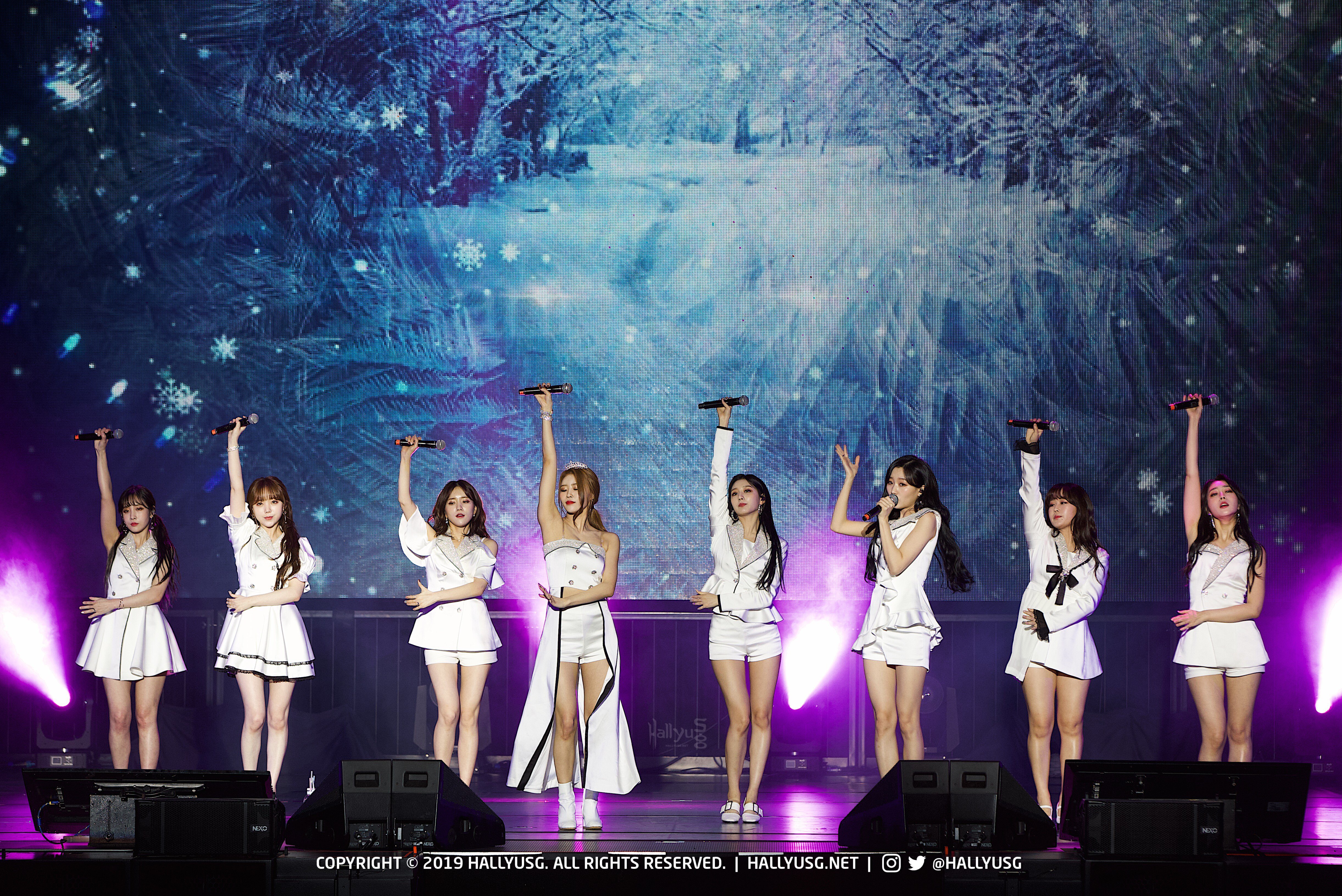 As the hall darkened and the concert signalled its long-awaited beginning, Lovelyz appeared onstage, looking absolutely stunning in their white angelic outfit and ready to kick start the night with a bang. The crowd erupted into passionate cheers and the concert was soon off to a promising beginning as they performed their latest title track “Lost N Found” to the excitement of many. 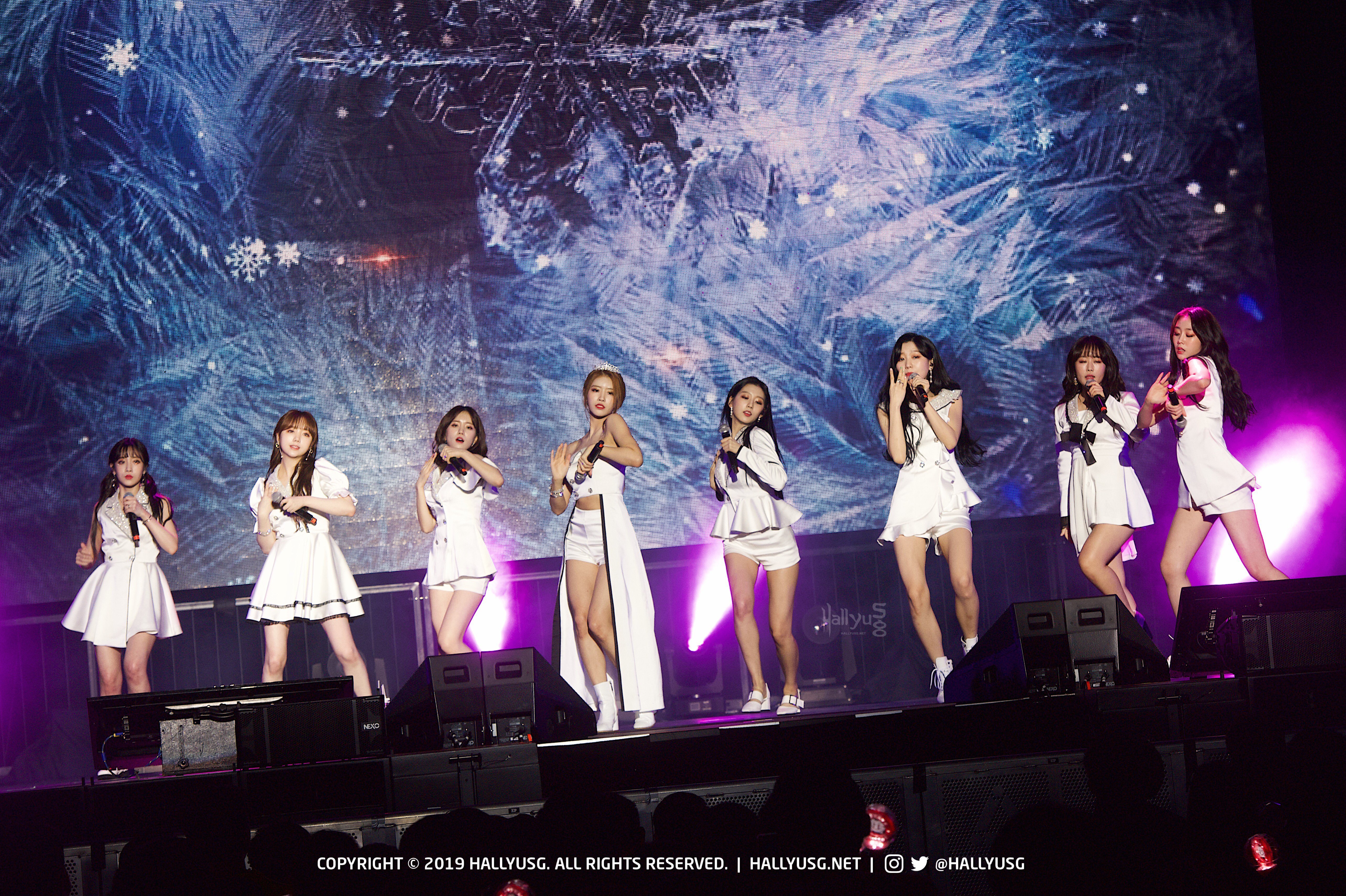 As Woollim’s first ever girl-group, Lovelyz definitely did a commendable job at rocking the stage with their presence and skills. Their songs were catchy, their lives were stable and the dances were impactful, what more could we have ask for – It was a solid and memorable concert. 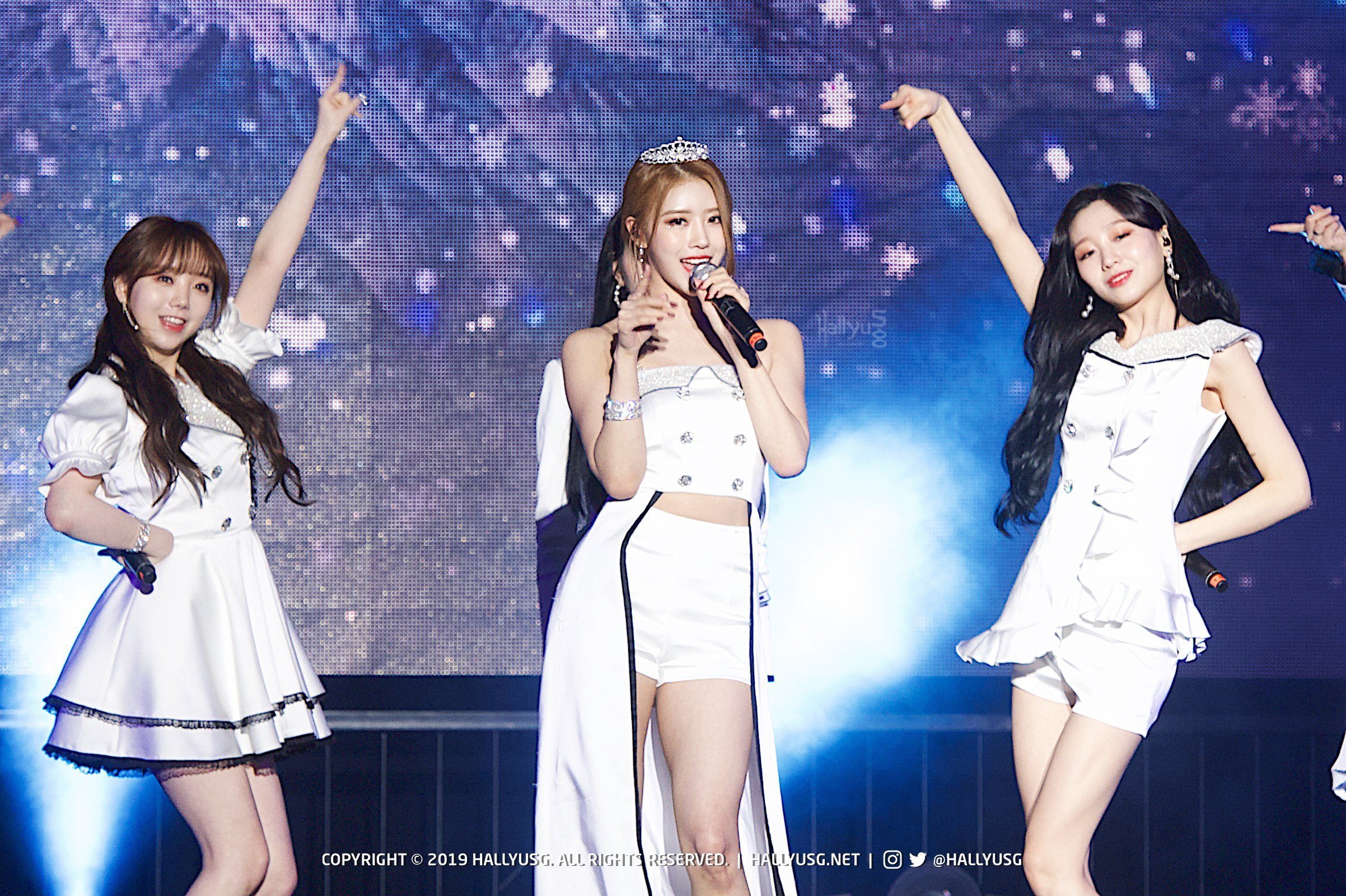 Well known amongst many for their adorable and personable girl-next-door concept, the girls did not let us down as they effortlessly performed a variety of their hits as the night went on – from exciting crowd-favorites such as “Ah-Choo!” and “Destiny” to get the crowd pumped up, to more soothing B-side tracks such as “1 CM” and “Cameo”, where they were able to showcase their musical versatility. 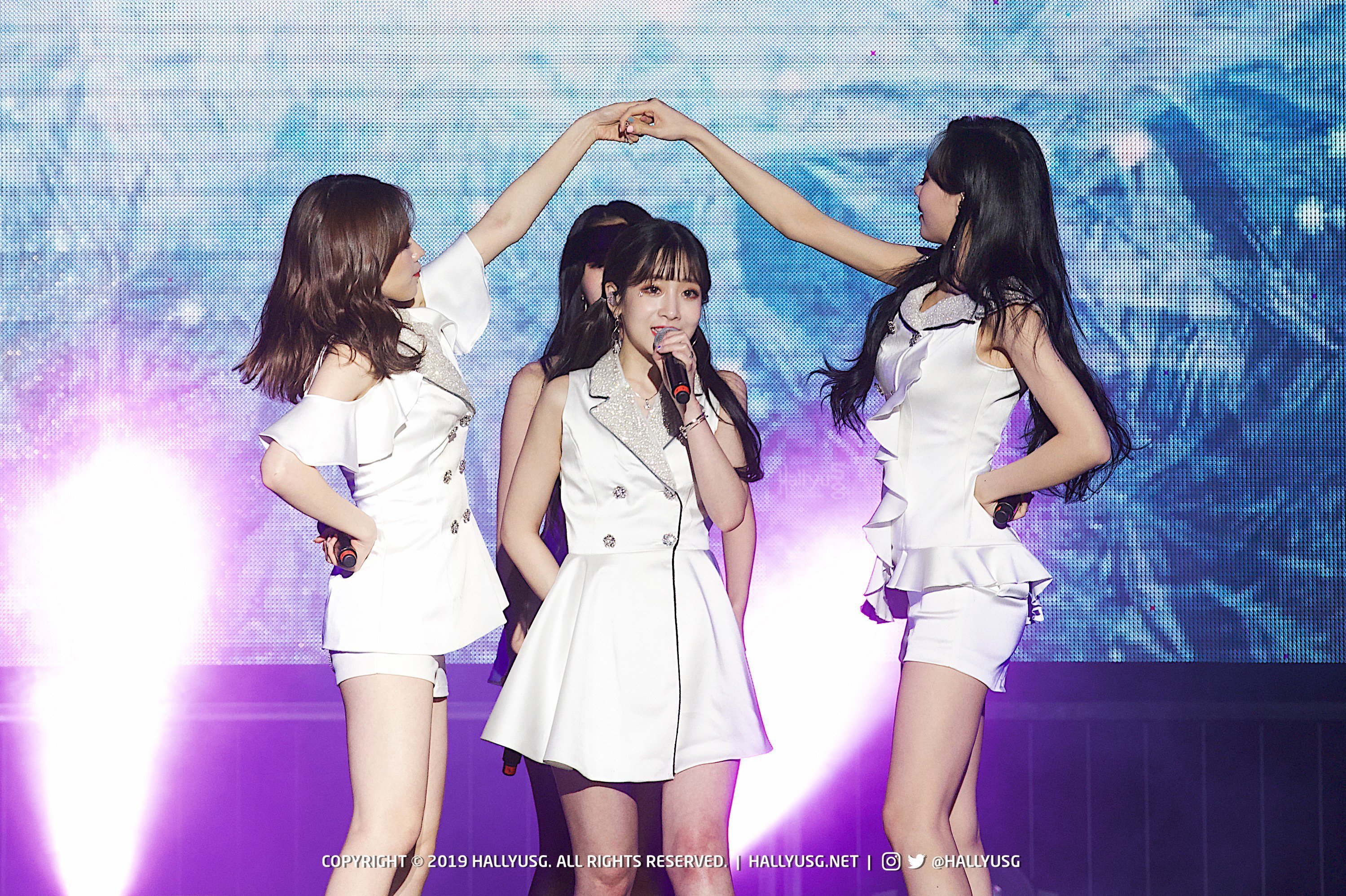 Right from the get-go, the 8 girls were full of laughter and jest as they interacted with their fans mostly in English. Though it was obviously scripted for the most part, we could see that they put in a lot of effort into communicating with their fans. A stamp of approval for their fanservice!

And as they performed and interacted with their fans throughout the night, we were absolutely positive that they were the textbook definition of loveliness, and we soon found ourselves finding another reason to be a fan of the girl group.

[#LovelyzinSG] To thank fans for singing along to “Joyland”, Jiae and Jisoo performs aegyo specially for them ✨ pic.twitter.com/BvWmnuwFJT

Between each set, the girls also made it a point to be as interactive and lively as possible. At one point in time, they even wore cute headbands onto the stage and threw presents towards the crowd. Occasionally, they would even go an extra mile and sprinkle bits of aegyo just for their fans, and it was obvious to us that as time went by, both the audience and the girls were enjoying themselves very much.

This tour marks Lovelyz’ fourth solo concert since their debut in 2014, however, it is the very first time they have brought a tour outside of South Korea and Japan – making this stop an exceptionally emotionally charged one.

[#LovelyzinSG] Fans sing along with Lovelyz as they make a magical moment together with “첫눈 (First Snow” ❄️ pic.twitter.com/OjJ0iXwM9c

Throughout the 3-hour show, we were amazed at how the fans and Lovelyz were very open about showing their appreciation for one another. On top of singing “첫눈(First Snow)” together, the crowd got their fanchants memorized down to a T and every now and then, Lovelyz would be finding a way to express their gratitude in one form or another. More than once, they even made a promise to return to our sunny shores again in the future for another performance!

[#LovelyzinSG] It’s Kei’s birthday soon and a secret cake has been prepared specially for her ✨ As she prepares to blow the candles, she wishes that she can come to Singapore more often.

The dreaded end soon approached and it was time for an encore but the concert immediately took a sentimental turn. In view of Kei’s upcoming birthday, not only was a special fondant cake prepared for her but the highlight of the night was definitely when the girls were shown a special video montage that documented the group’s journey from debut till present day.

[#LovelyzinSG] Lovelyz are moved to tears after watching a special video prepared for them and they sincerely thank their fans for giving them such a great surprise.

As if someone pried our tear ducts open, our heartstrings were tugged and the emotions in the venue started to ascend to an all-time high, even Lovelyz was not spared. One thing’s for sure, the fanclub’s message definitely got across to the girls because as soon as it ended, they were sobbing. It was an extremely heartwarming moment for both artiste and fan, and to show their appreciation, Lovelyz started to thank the audience profusely in both Korean and English. 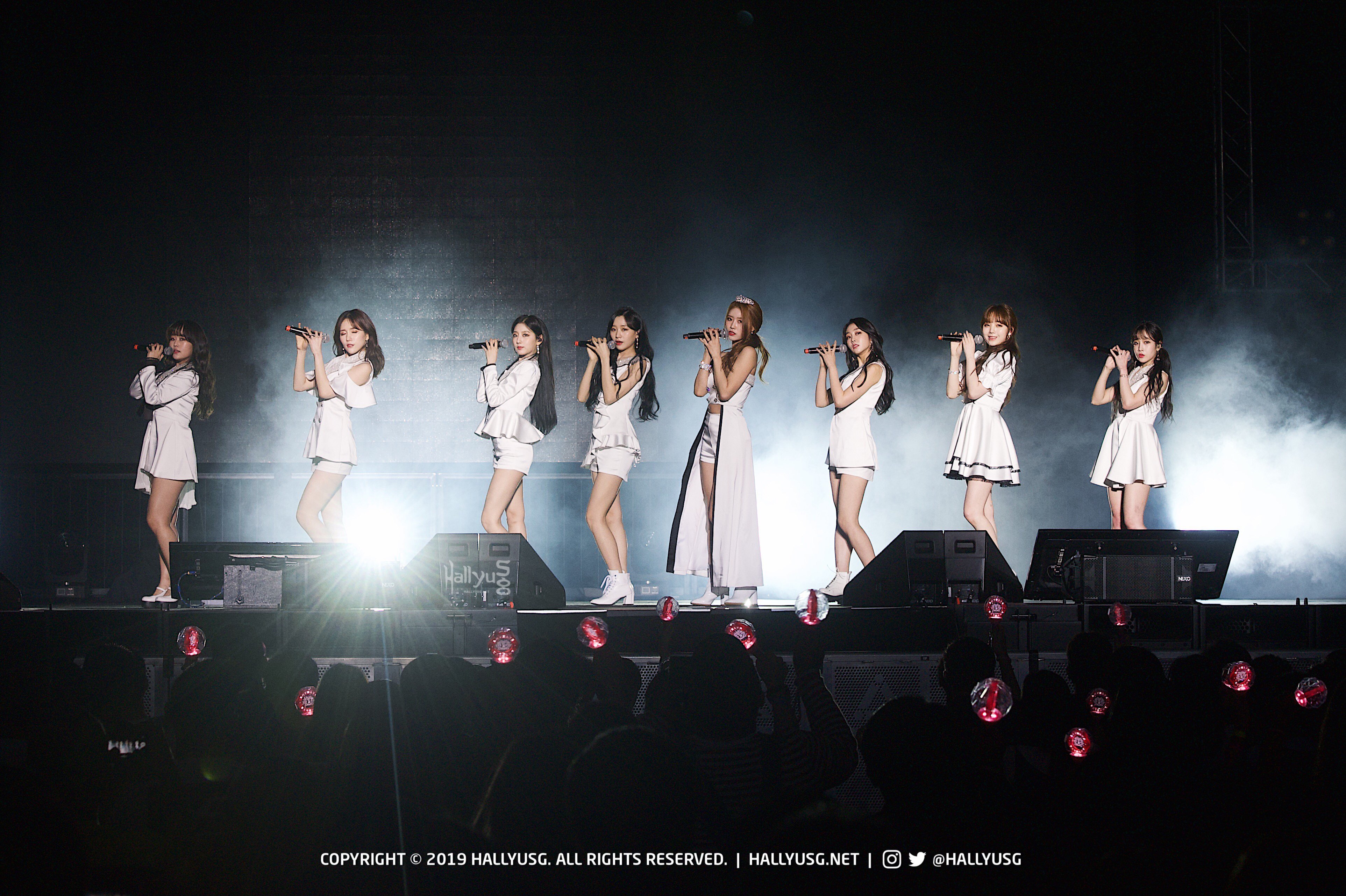 The crying didn’t end there, some were visibly shaken to the point that they were even having difficulties continuing onto their last and final track “Goodnight Like Yesterday” but like always, all good things have to come to an end and as the song reached its final note, the concert drew into a touching close. Though it was sad to see them leave, Lovelyz thanked the audience one last time before making their final departure from the stage, thus ending the concert. 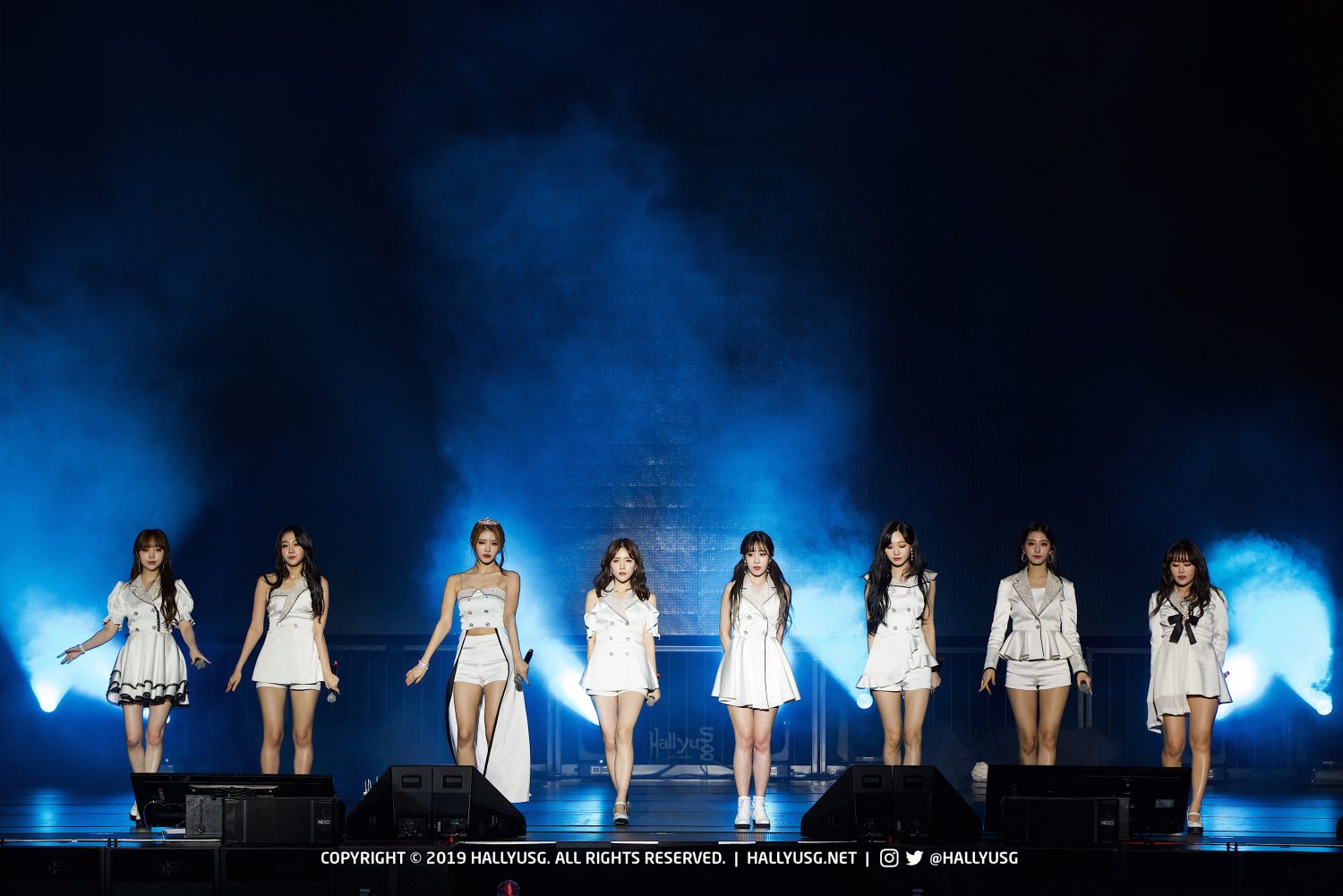 Throughout the 3 hours, Lovelyz transported the crowd into a whole new dimension and they definitely left a deep impression on us – It was to the point we even found ourselves humming along to their song on our commute home. We can’t wait to see them return to Singapore again in the future but till then, we will be looping their songs on our music playlist.