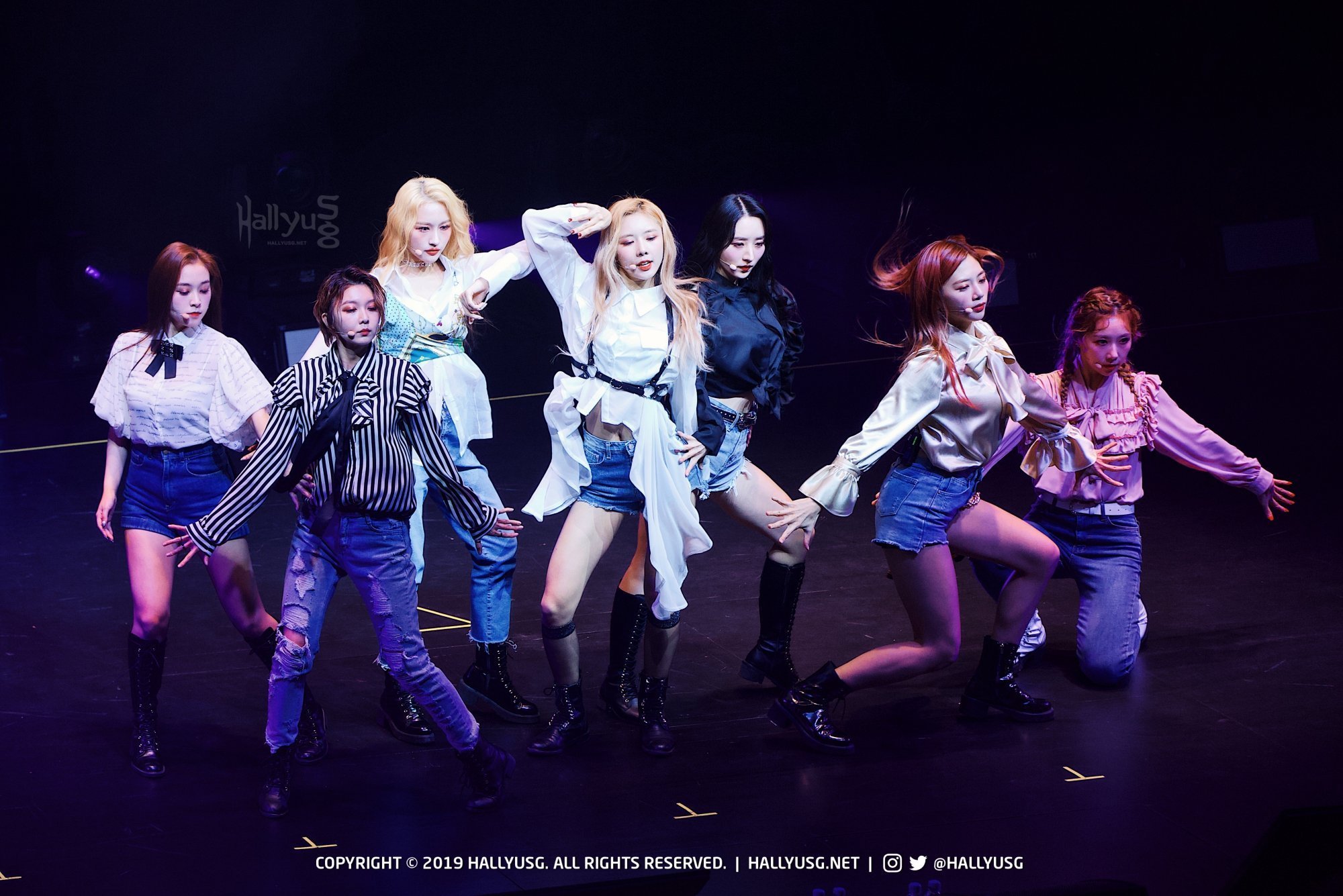 After making an appearance in Singapore at HallyuPopFest last September, DREAMCATCHER returns to wow their fans once more with their very own solo concert on March 22, this time with more refreshing tracks and an evident increase in their fandom size.

Performing to an almost full-house of audience at the Gateway Theatre, this show was part of their debut Southeast Asia tour and it was nothing short of amazing for those who’ve attended. Throughout the concert, the girls made lots of effort to interact with their fans (whom are affectionately known as InSomnias) and kept the energy level high while delivering their signature sound and style. 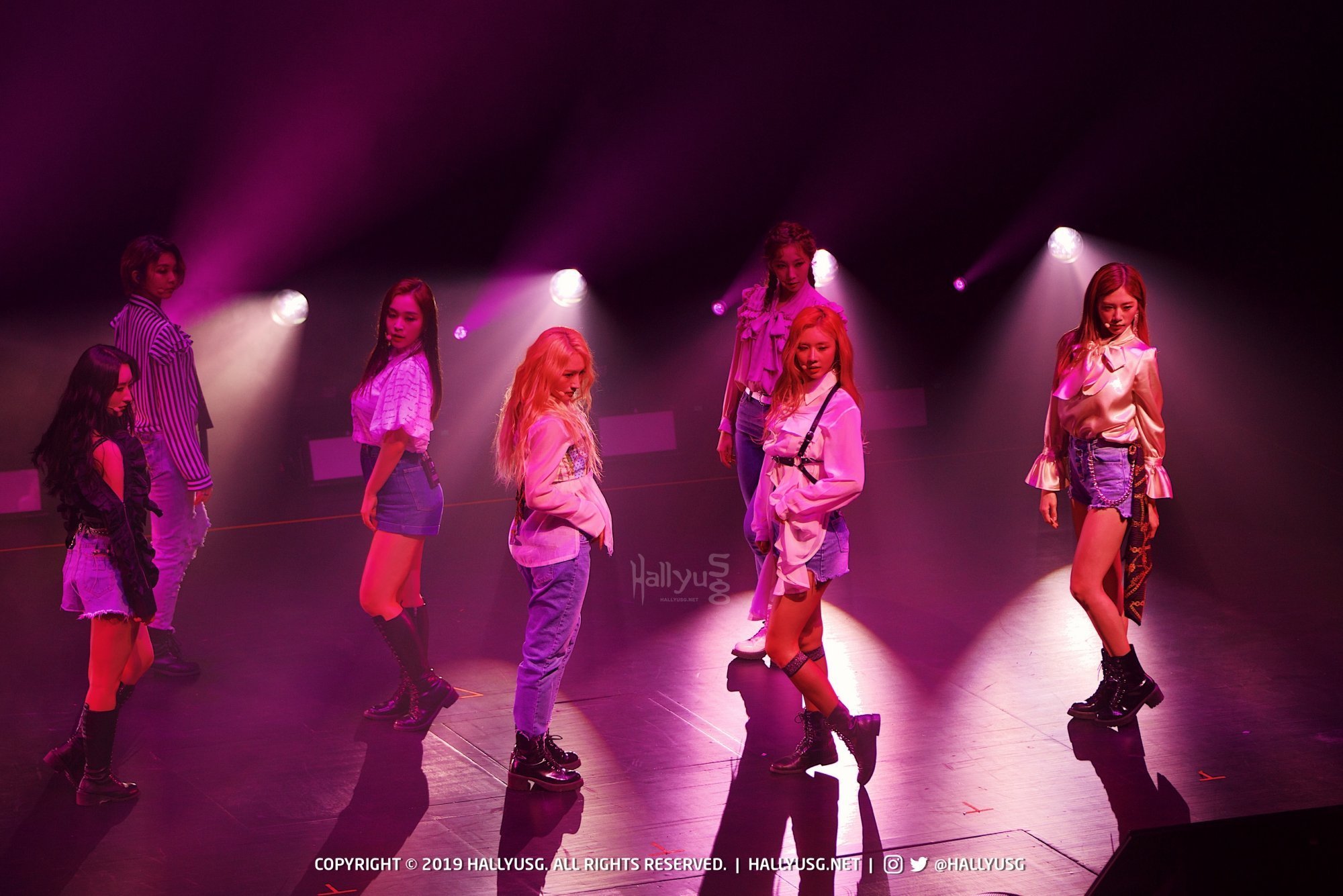 Known for their unique music style, DREAMCATCHER kicked off the concert on an explosive note with the popular tracks “What“, “Sleep-walking” and “Chase Me“, much to the excitement of many. 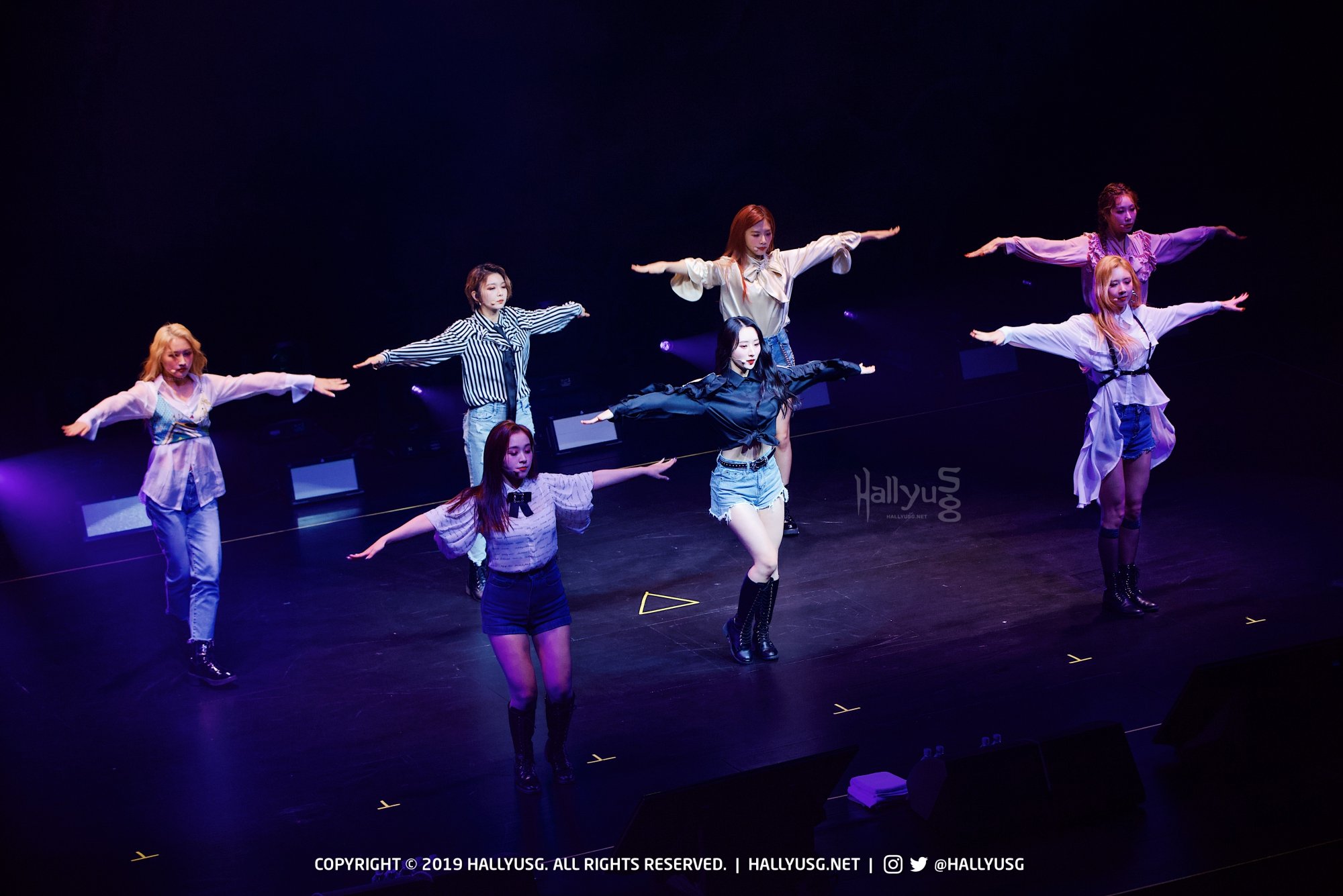 It was amazing to witness how synchronised they were on stage with the various performances as the 7-member girl group belted out hits after hits including the all-time fan-favorite track, “Good Night“. But what surprised us even more was the strong and passionate fan-chants that accompanied every song, because not only were the chants so deafening, they were super on point too. Double thumbs up to InSomnias! 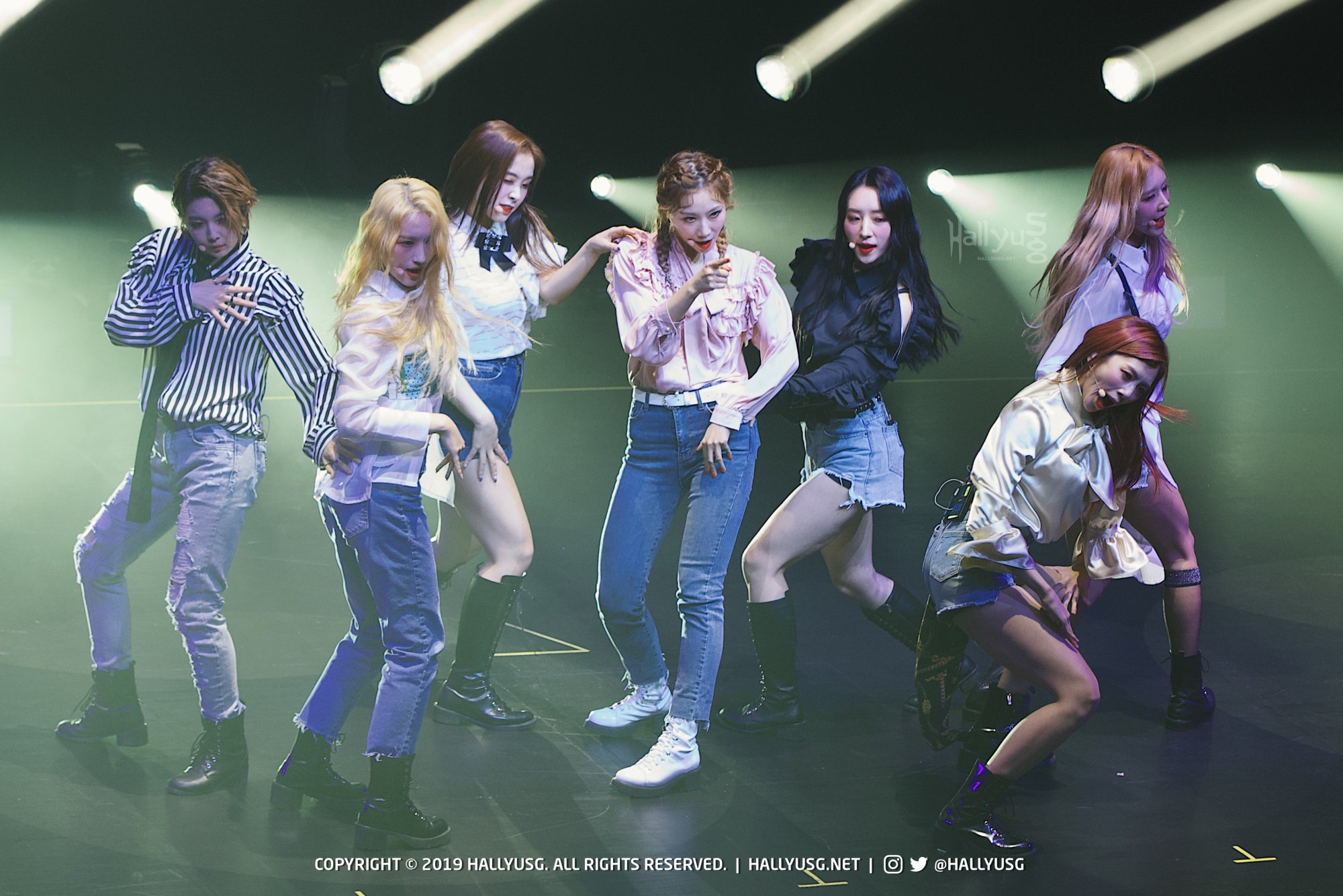 Besides group performances, there were also unit stages being showcased at the concert, where the SuA-Yoohyeon duo performed Charlie Puth’s “Attention“, followed by the Handong-Siyeon-Gahyeon team with Justin Bieber’s “As Long As You Love Me” and “Boyfriend“, and the Dami–JiU unit with their adorable rendition of Flo Rida’s “I Don’t Like It, I Love It“.

Though it was their first time showcasing such performances, DREAMCATCHER shared that it was really enjoyable and they were glad the responses to these unit performances were very well-received too! 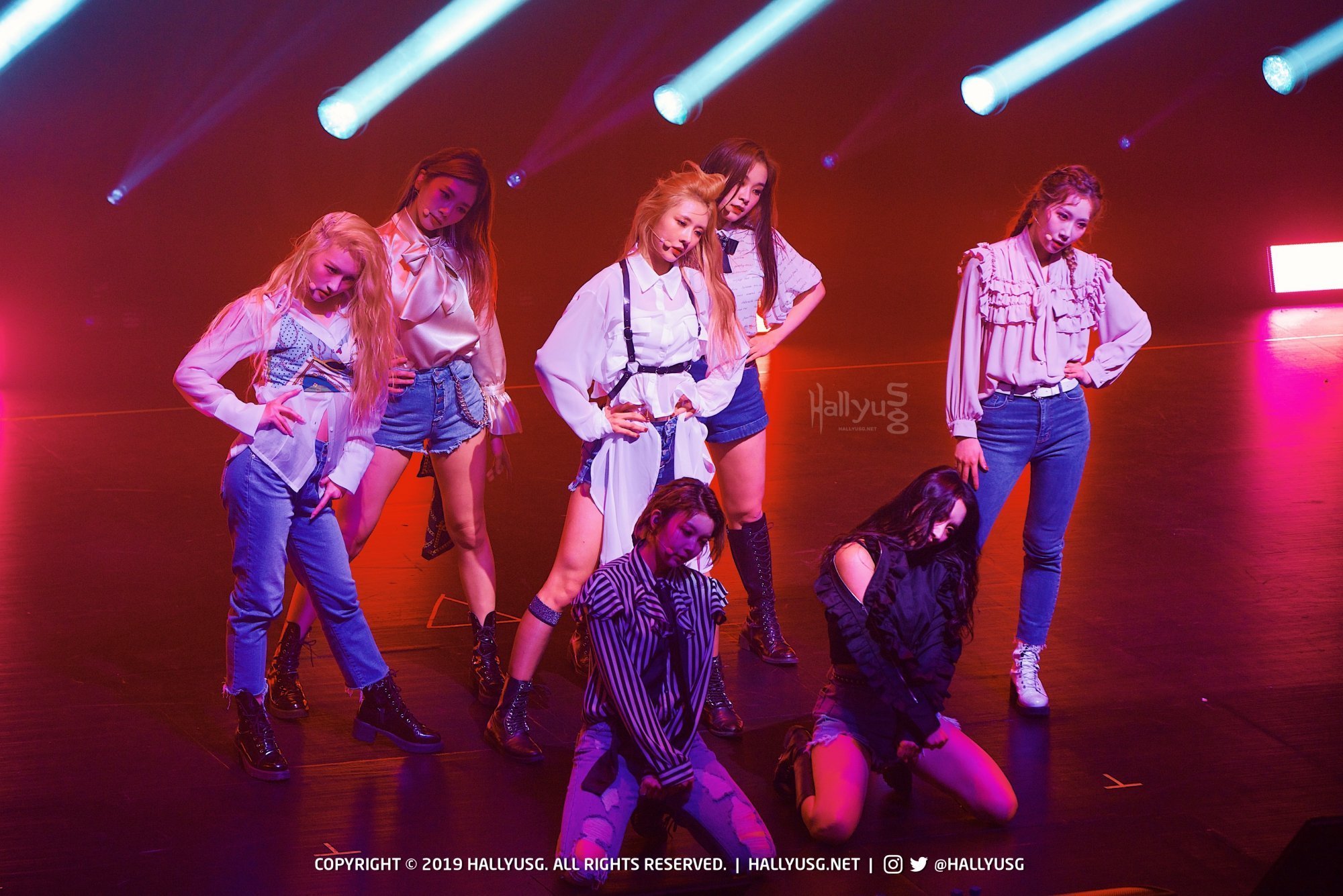 The atmosphere was at an all-time high when the girls returned on stage to introduce their next song “PIRI“, the title track from their latest EP, [The End of Nightmare]. Unlike the usual cutesy or girl crush concepts that we often see in K-pop girl groups, DREAMCATCHER‘s songs are very peculiar and unparalleled, with elements of metal and rock mixed together with strong basses and fast beats — making them stand out with this distinctive concept.

After the performance, the group invited fans to stand up and sing along to the remaining tracks as they continued with “You and I“, “Over The Sky“, “Fly High“, “Full Moon” and more. Thanking their fans for the unwavering love and support, DREAMCATCHER promises to work harder for their future album releases so that they could return to Singapore again for another concert.

As though 2 hours went by in the blink of an eye, the concert drew to a satisfying close with two more encore performances, “그리고 아무도 없었다 (And There Was No One Left)” and “Wake Up“, leaving fans in awe and definitely a memorable evening to remember.

DREAMCATCHER CONCERT : Invitation from Nightmare City in Singapore was brought to you by MyMusicTaste, a fan-initiated concert making platform.