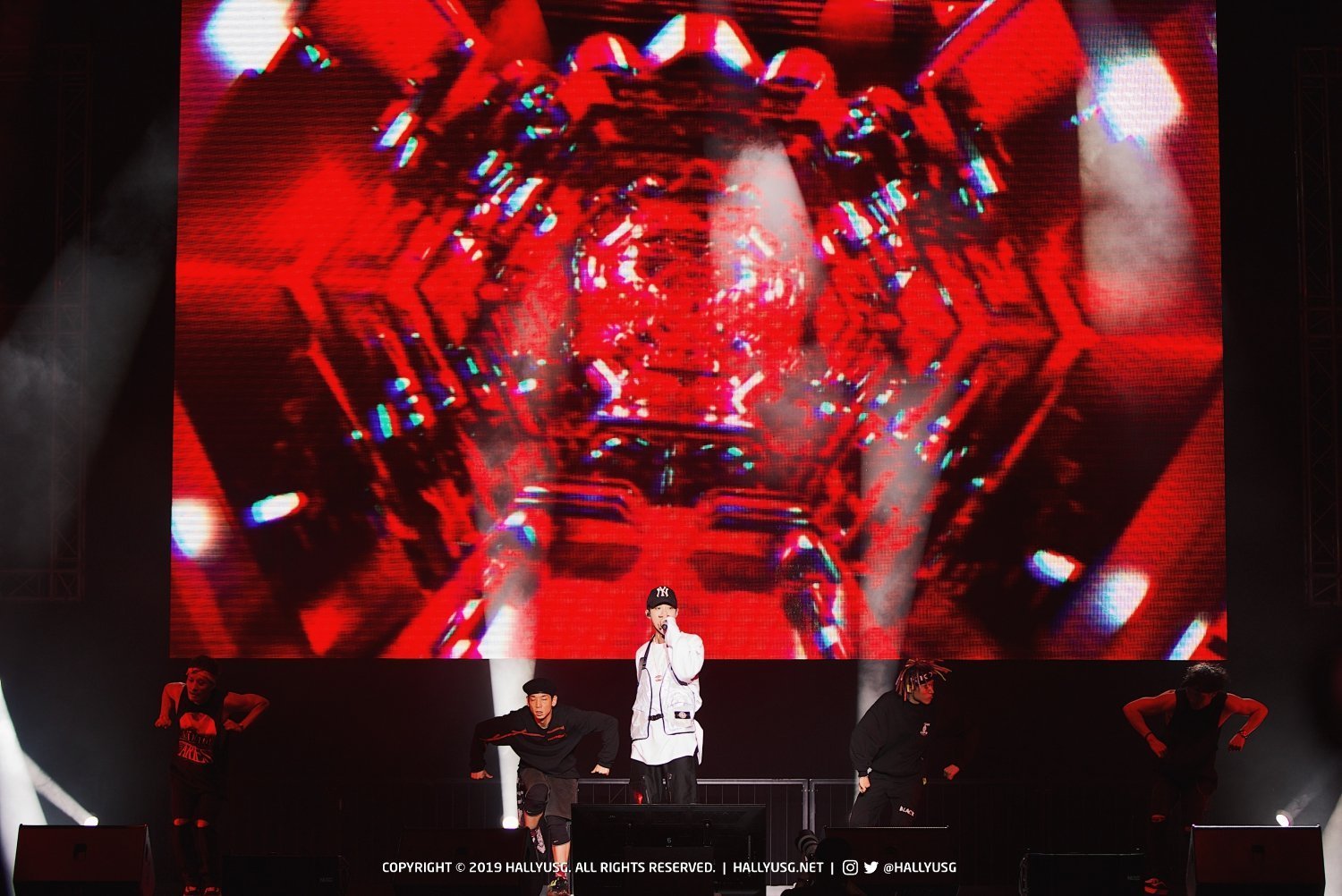 K-pop star Lai Kuanlin was in Singapore last Tuesday (30 April) for the Singapore stop of his “Good Feeling” fanmeet tour. The show was held at [email protected] and it was the idol’s fourth visit to Singapore, with the first three being his time as a Wanna One member.

Prior to the start of his solo fanmeet tour, Kuanlin promoted as a duo with Pentagon’s Wooseok under the name “Wooseok x Kuanlin”. At the fanmeet, fans were able to watch Kuanlin perform some of the songs from the unit album.

As this was Kuanlin’s first visit to Singapore as a solo artiste, fans were able to get to know him even better and see the various sides of him that they had never seen before. 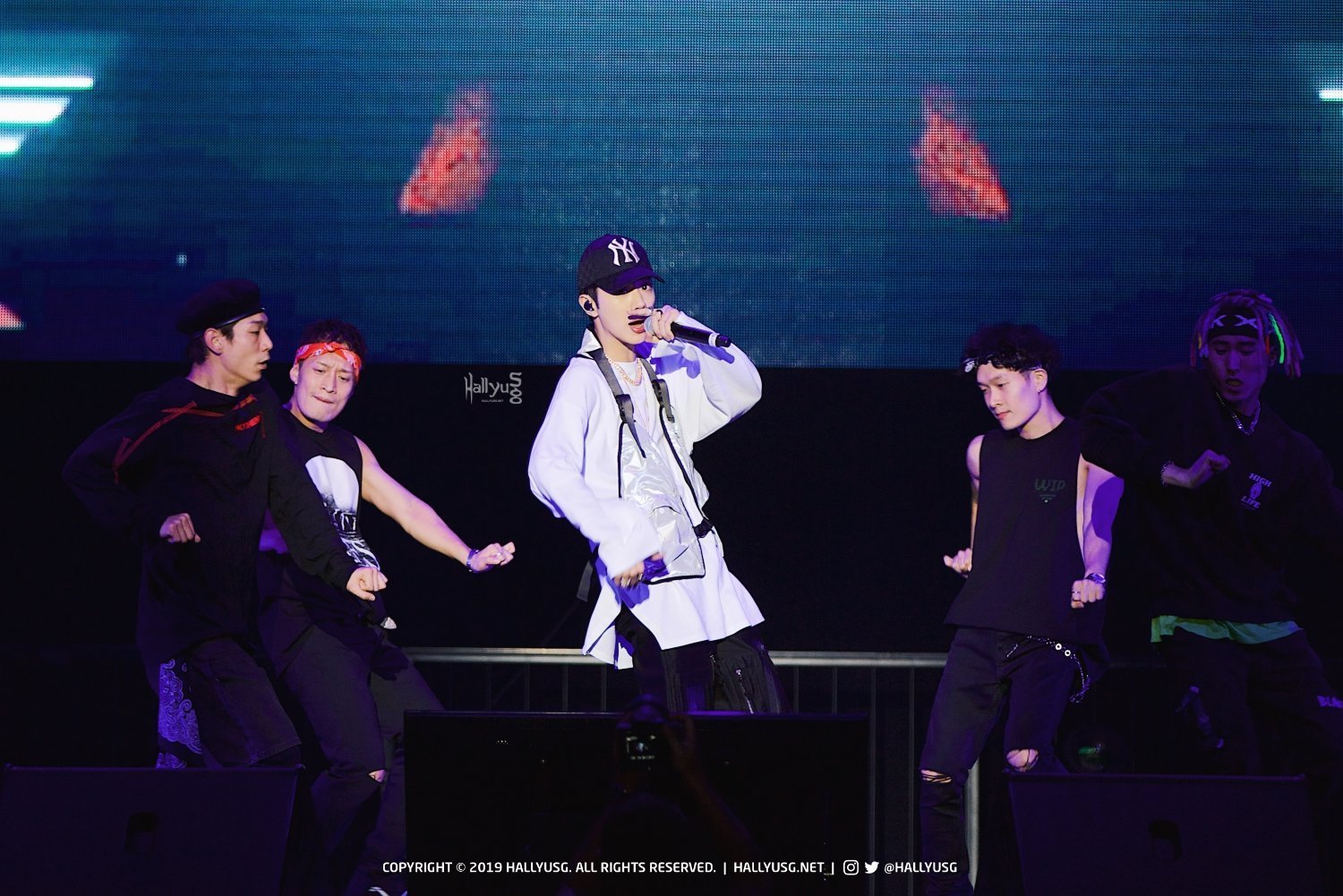 The fanmeet started on a high with “Hypey”, a track with deep pulsating beats which originally features GOT7’s Jackson.

After greeting his fans, Kuanlin expressed his gratefulness for being able to meet his Singapore fans, adding that he wanted to make memories that will last a lifetime. He also revealed that he loves chicken rice and wishes to visit Singapore again for a vacation in the near future. 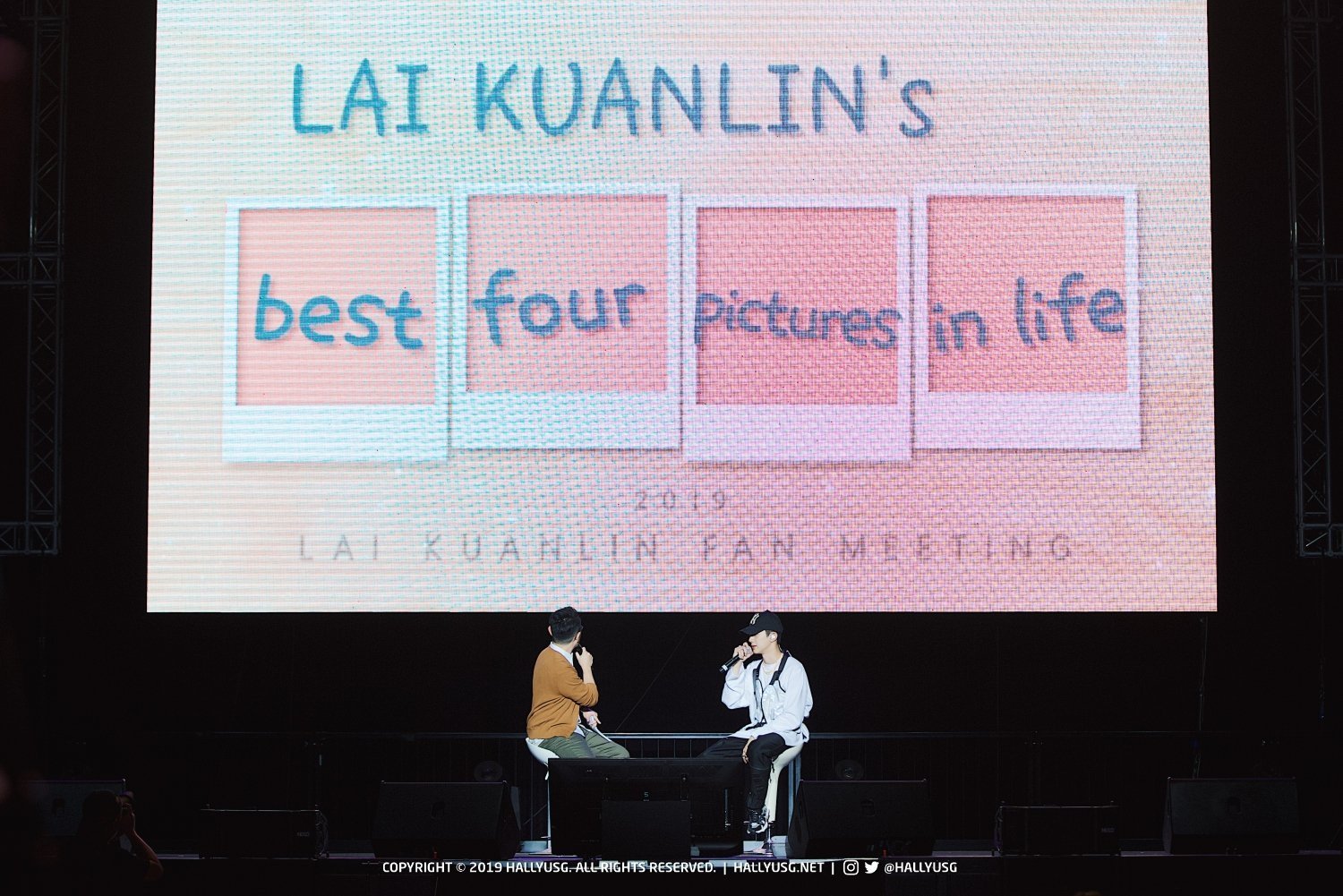 Hailing from Taiwan, Kuanlin displayed his multilingualism as he spoke in a mix of English, Mandarin and Korean, choosing mainly to stick to English as he knew that it would be easier for local fans to understand.

During the “Lai Kuanlin’s Best Four Pictures in Life” segment, Kuanlin shared a photo from his school days and talked about his love for basketball, which fans were already well aware of. When asked to rate his basketball skills on a scale of 1 to 10, he gave himself a 5 even though fans were telling him that he deserves a 10 instead!

Known for his tall height and long legs, Kuanlin revealed that he grew an incredible 14 centimetres in just 2 years, as he smiled cheekily and thanked his mother for her genes that gave him good proportions. 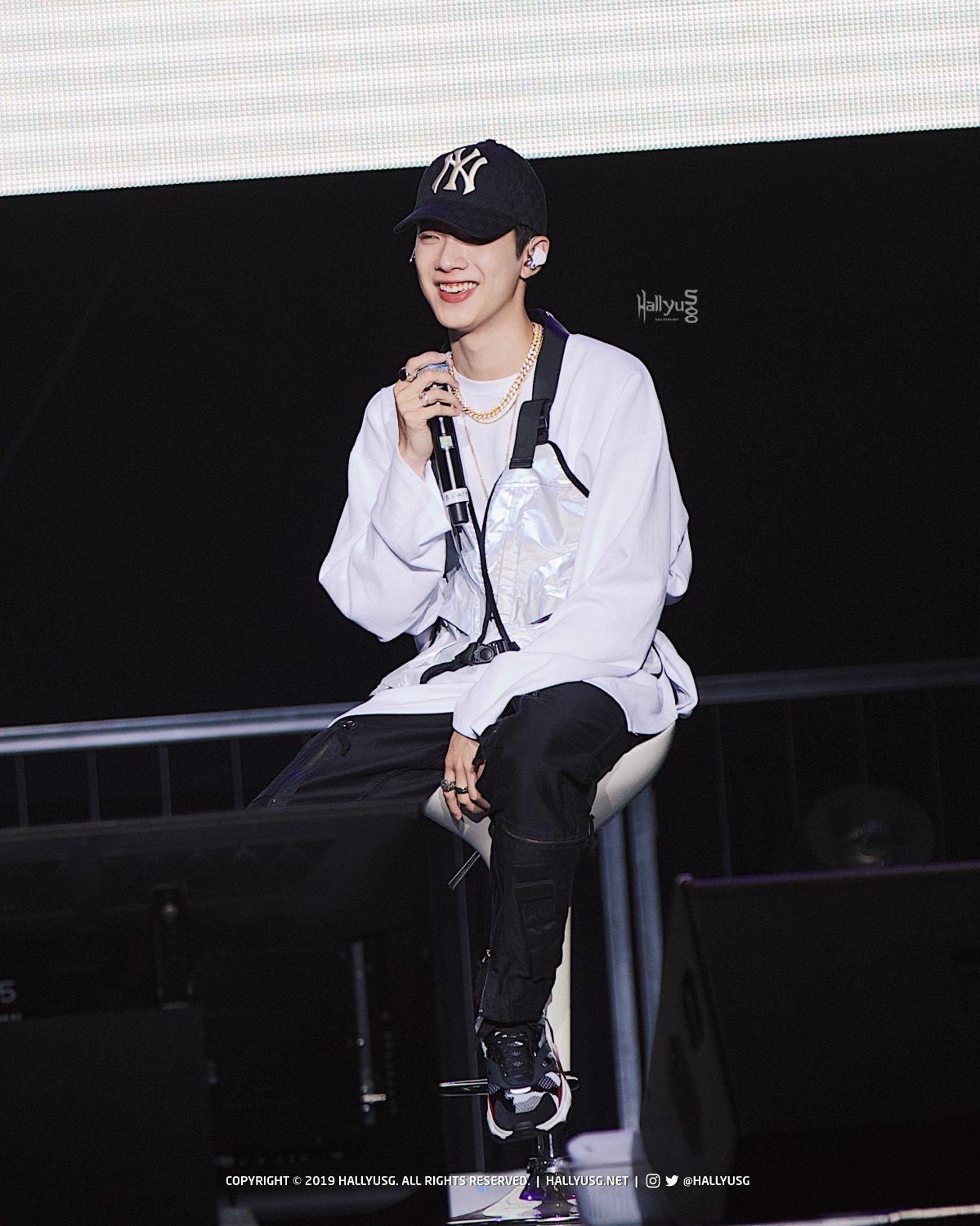 During his time as a Wanna One member, Kuanlin was seen as rather quiet and reserved. However during this fanmeet, he showed that he has a cheeky side to him as well. Fans especially loved the game segments as they could see a relaxed side of the idol star. 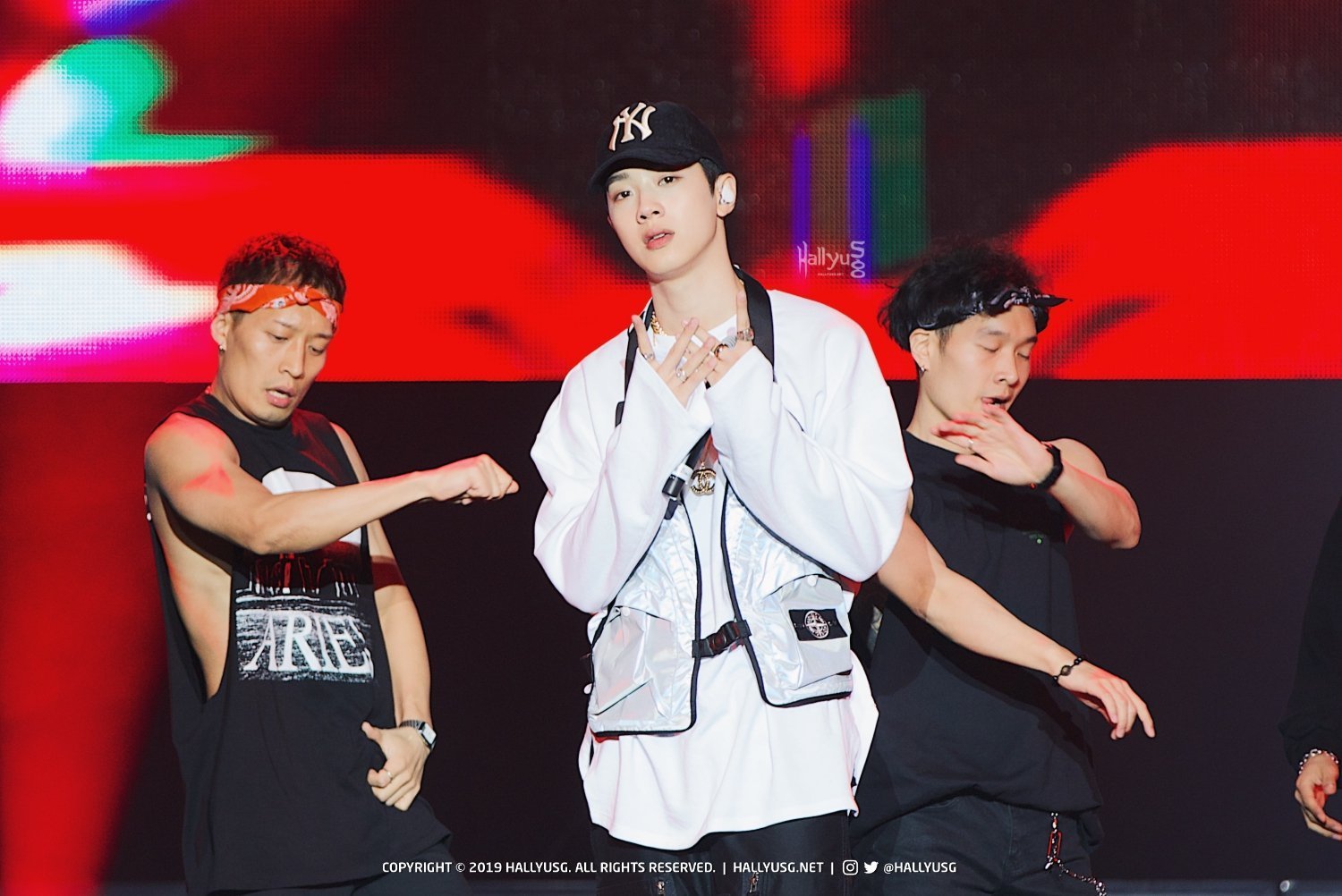 Moving on, Kuanlin performed more songs such as “Like A Star”, the title track from the Wooseok x Kuanlin album, as well as a cover of “Let You Go” by Machine Gun Kelly.

During his rendition of “Shape Of You” by Ed Sheeran, Kuanlin surprised fans by coming down to where they were seated, giving fans a chance to see him even more up-close. The fanmeet ended on an explosive note with “Good Feeling”, another song from his unit album, which definitely left fans longing for more.

Sharing that his main goal is to tell stories through his lyrics, Kuanlin thanked his fans for listening and enjoying his music, promising that he’ll work even harder and return better in the future.

It was certainly heartwarming to see the mutual love and consideration that Kuanlin and his fans have for each other, and we hope he will continue to shine bright wherever he goes.

(Article by Sarah | Photos by Nicole)