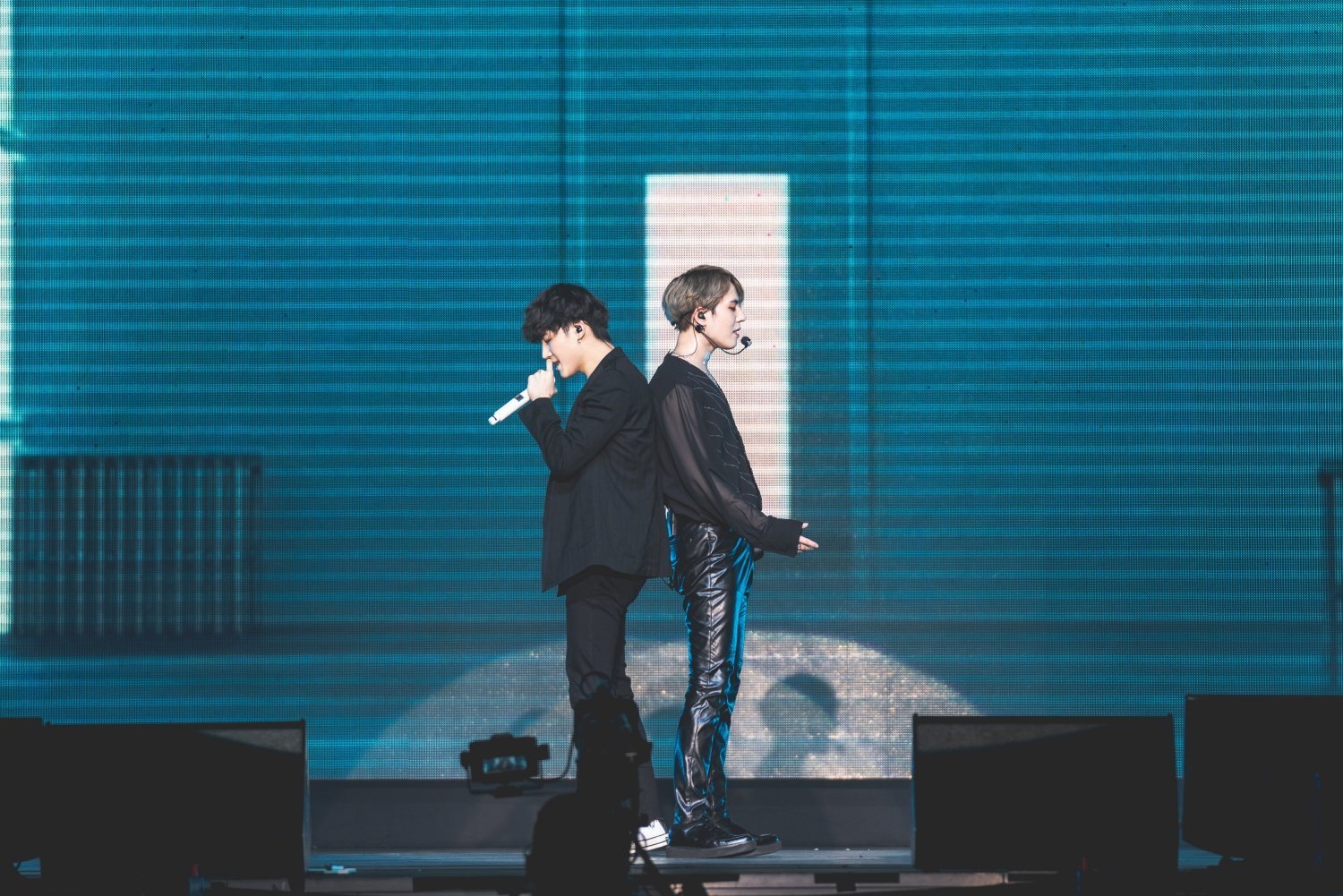 Fast forward 9 months after GOT7’s Eyes on You World Tour in Singapore, their new sub-unit Jus2 returned last Saturday (May 3) for the final stop of their “FOCUS” Premiere Showcase Tour.

Comprising JB and Yugyeom, Jus2 made a splashing debut in March this year with their first mini album [FOCUS], and subsequently visited various cities in Asia to hold their Premiere Showcase Tour. 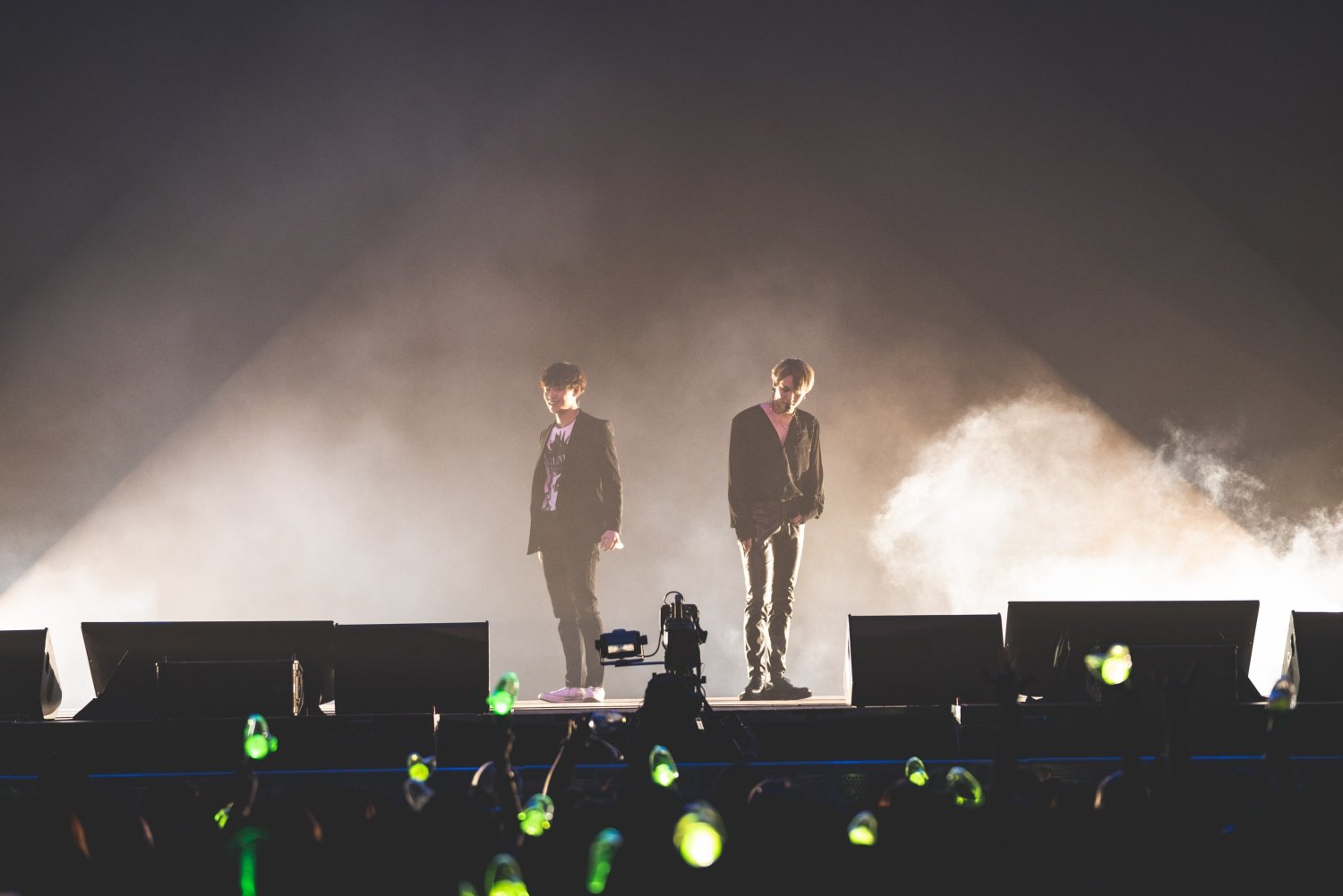 The Singapore showcase kicked off on an explosive note with the duo wowing the fans with performances of “Long Black” and “Drunk on You”, as they displayed their great chemistry on stage. 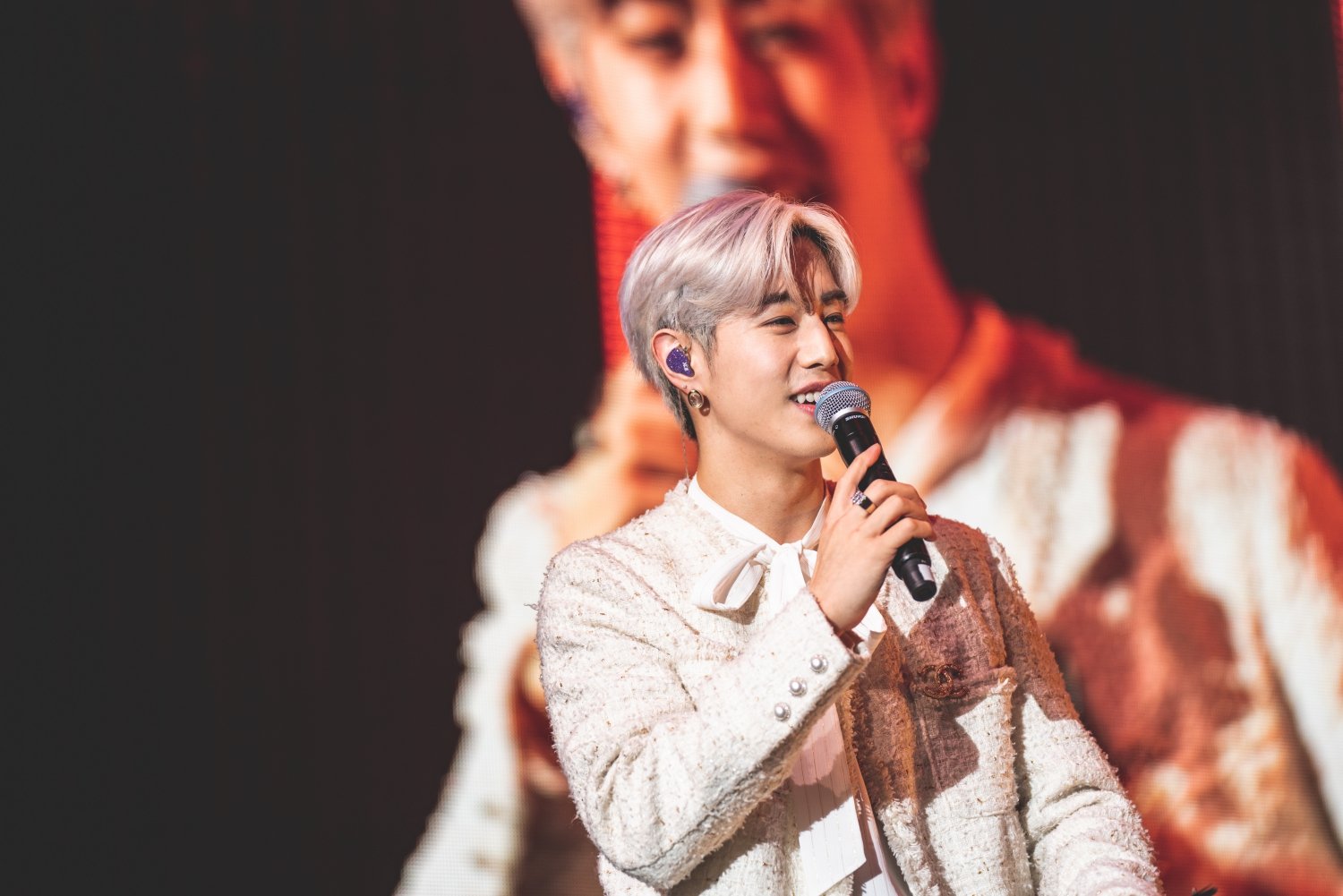 After which, they were joined by Mark on-stage as the special guest emcee for a short Q&A session where fans got to find out interesting fun-facts about Jus2. This was followed by a game session where three lucky fans were selected to participate in a staring game with the boys. 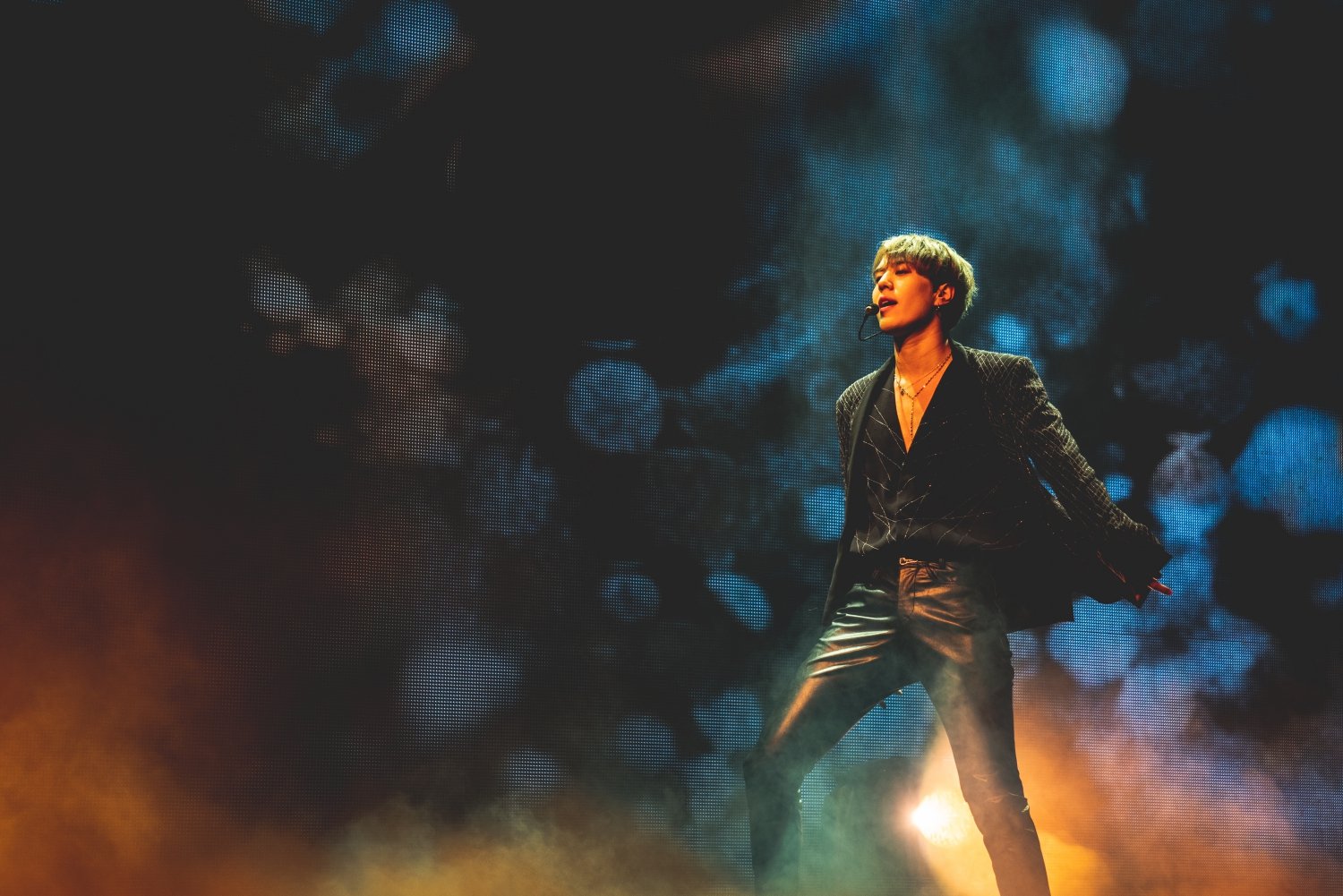 The evening continued with hot performances by Jus2, as JB and Yugyeom got the crowd excited with “Touch”, followed by their respective solo stages “Sunrise” and “From Now”.

Track after track, it was amazing to watch how the two were able to dominate the stage with their presence and sleek performances. And as they belted out their title track, “Focus on Me”, all eyes were focused on the duo as fans waved their Ahgabong light sticks and sang along enthusiastically.

Besides performing songs from their new album, Jus2 and Mark also fired away with a medley of GOT7’s hit tracks such as “Hard Carry”, “Never Ever” and “Go Higher”. It was definitely a delightful treat to the eyes and ears for all who were present at the showcase. 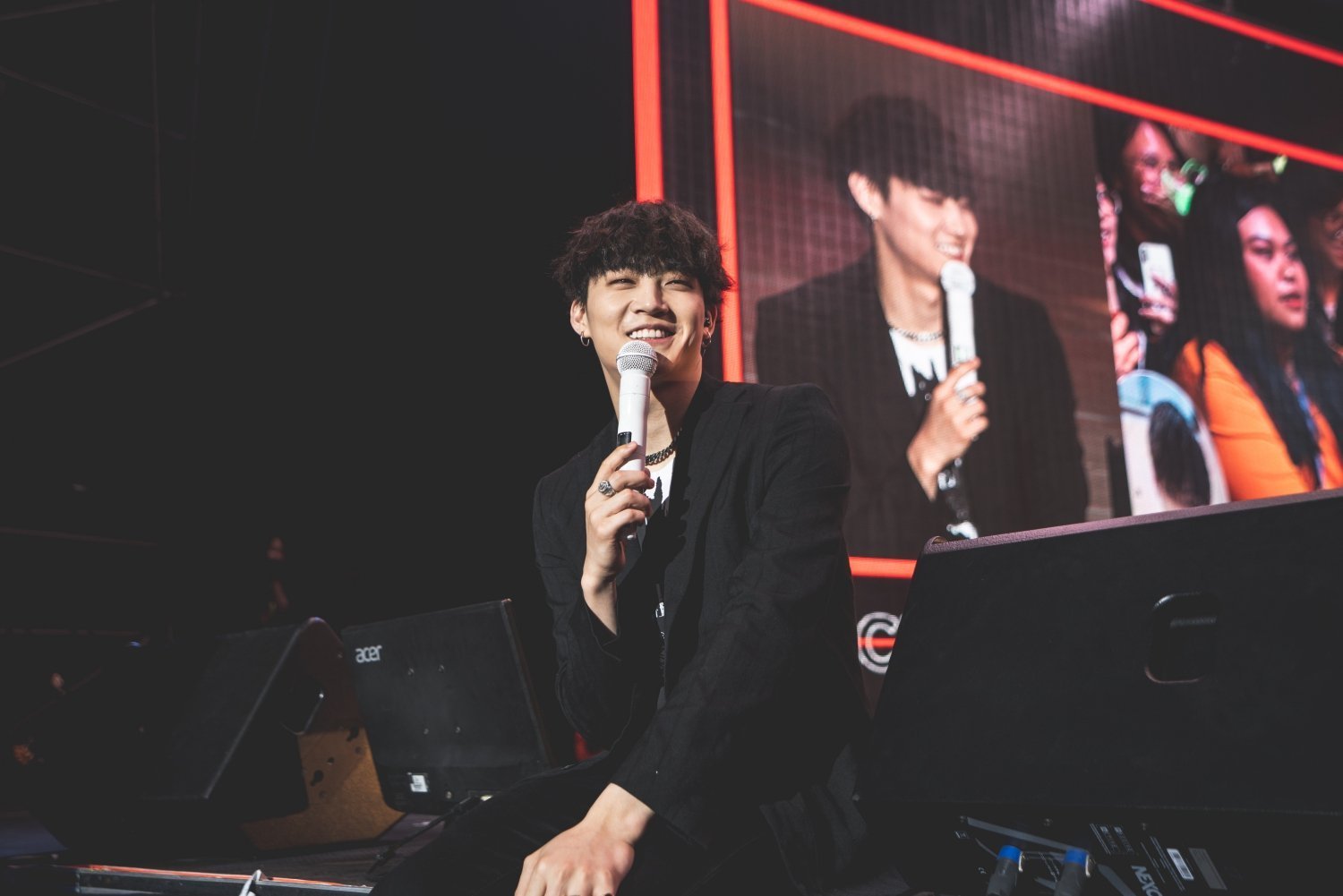 Prior to the end of the showcase, the boys were pleasantly surprised by a special video prepared by their Singapore fans. The surprise event continued with a fan project where a sea of Ahgabong light sticks could be seen brightly lit throughout the entire venue. 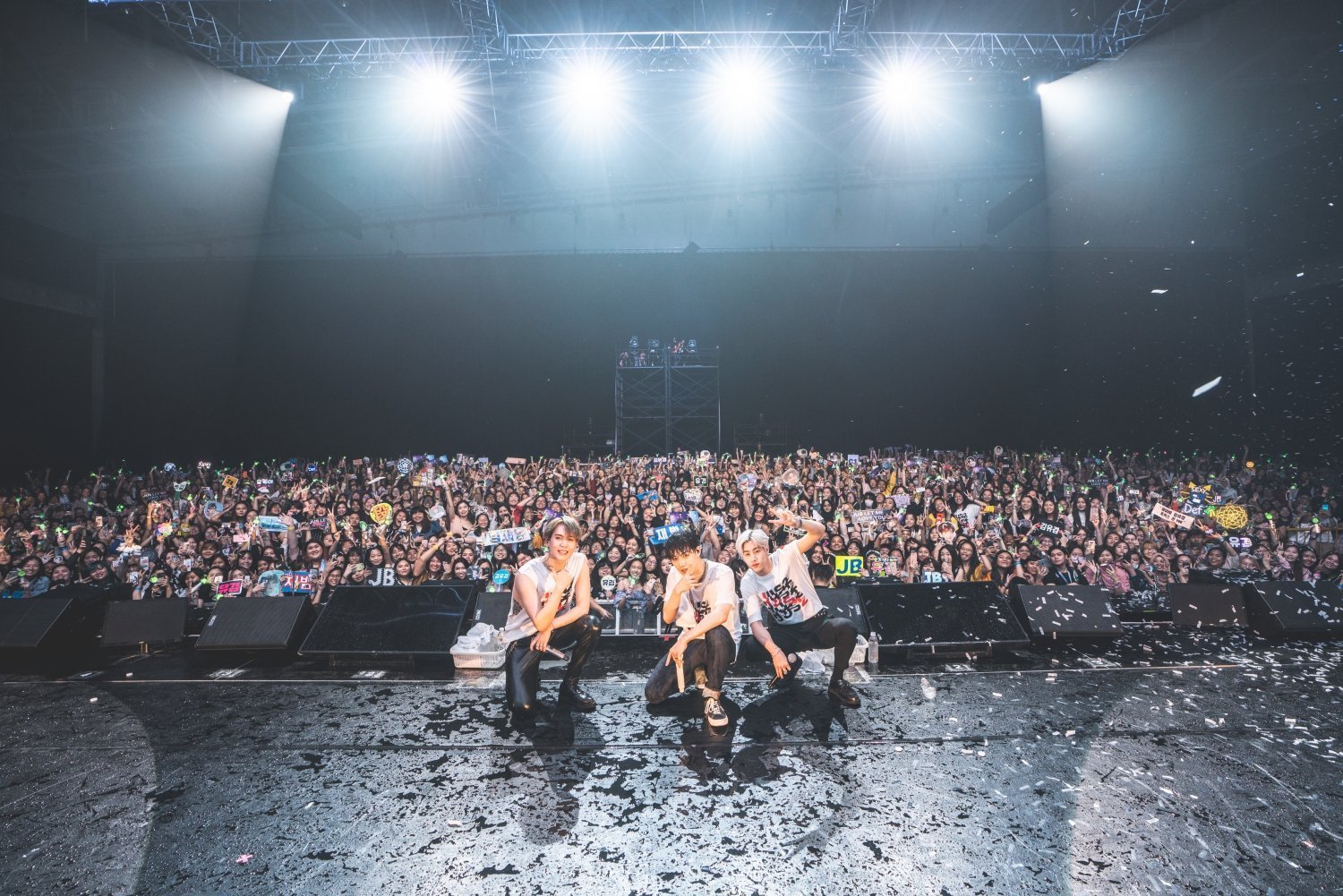 As the show came to an emotional end, the boys took turns to express their gratitude towards their fans and made a promise to return together with the rest of their members for another concert in the near future.

GOT7 is set to make a comeback with their new album and MV on May 20, followed by the commencement of their “Keep Spinning” World Tour in Seoul on June 15-16. Singapore is currently not among their World Tour destinations, but who knows, because more cities will be added on to the list.