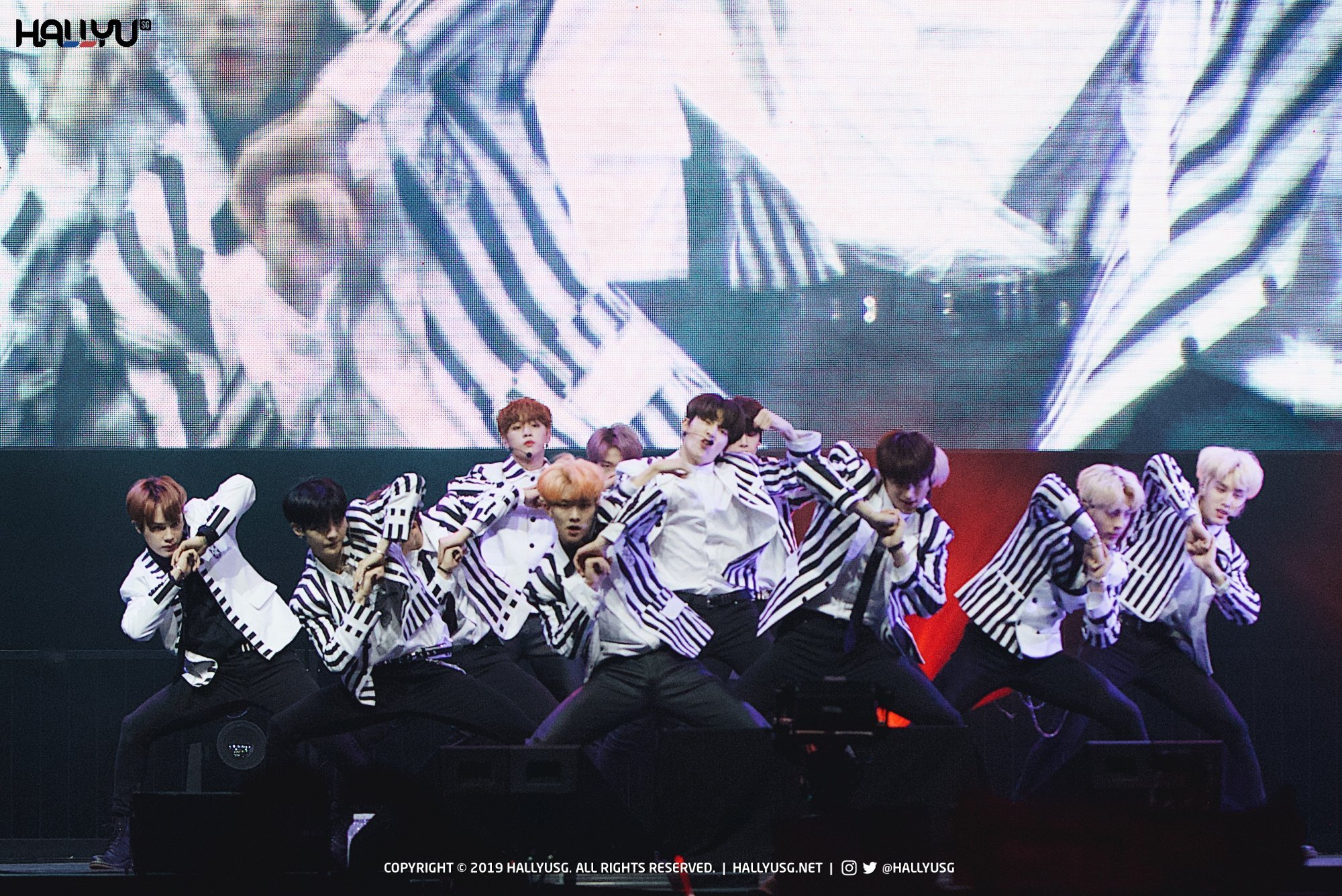 12-member K-pop boy group THE BOYZ were in town last weekend for the second stop of their Asia Fan-Con Tour [The Castle], where fans got to see them at both the open press conference as well as the Fan-Con. Right from the get-go, the group set the stage on fire with electrifying performances of “Boy”, their debut track, and “Right Here”, displaying their powerful and synchronized choreographies. 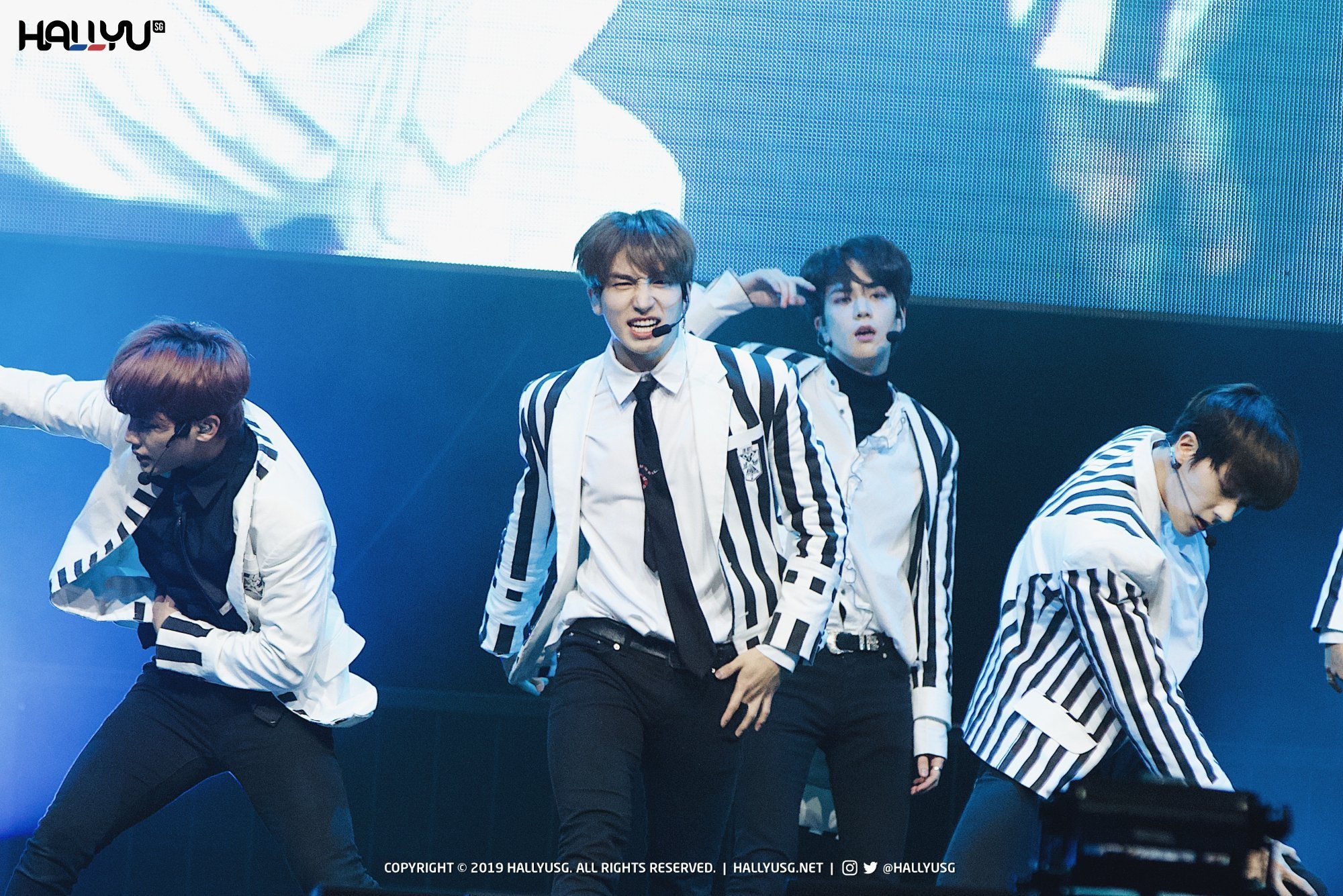 During the game segment, they split into 3 teams and had to guess the K-pop songs that were being played and dance to them! Fans went wild as the members danced to songs like BTS’ “Boy With Luv” and Sunmi’s “Gashina”.

For the next game, they had to guess certain words that their teammates were saying whilst having headphones on. The members sent fans into fits of laughter when they could not get the correct word and made up something entirely different! 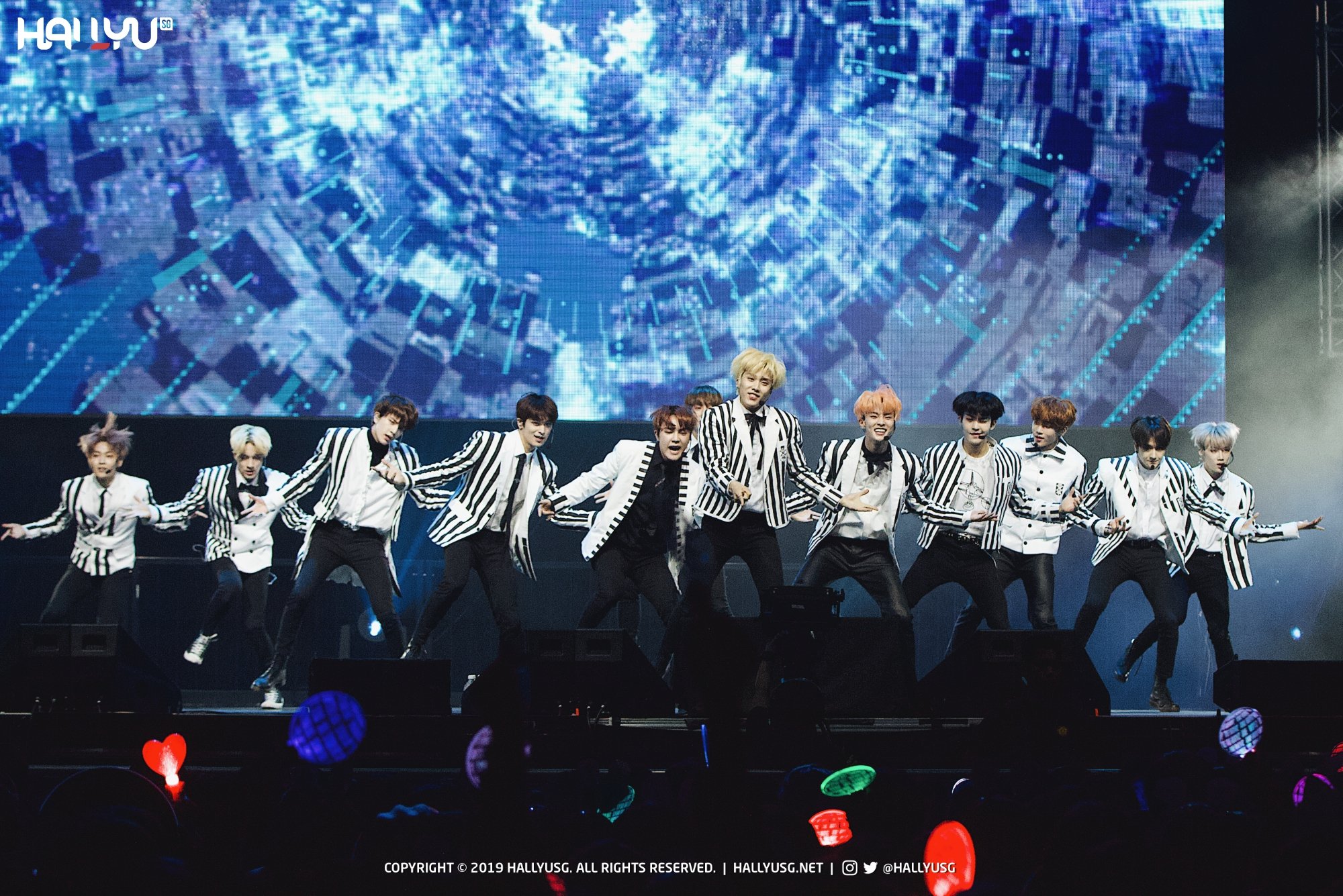 THE BOYZ also prepared special VCR clips where they acted out their own version of the Korean drama hit, “Sky Castle”. The members shared that filming the clips was fun as it was their first time acting together and they did not know they had it in them to act.

Besides their own songs, THE BOYZ treated THE Bs to covers of EXO’s “Call Me Baby” and TWICE’s “Cheer Up”, showing both their manly as well as cute sides!

One of the main surprises they prepared just for Singapore fans was a very special performance of JJ Lin’s “Saranghaeyo”, which they sang in English and Mandarin. 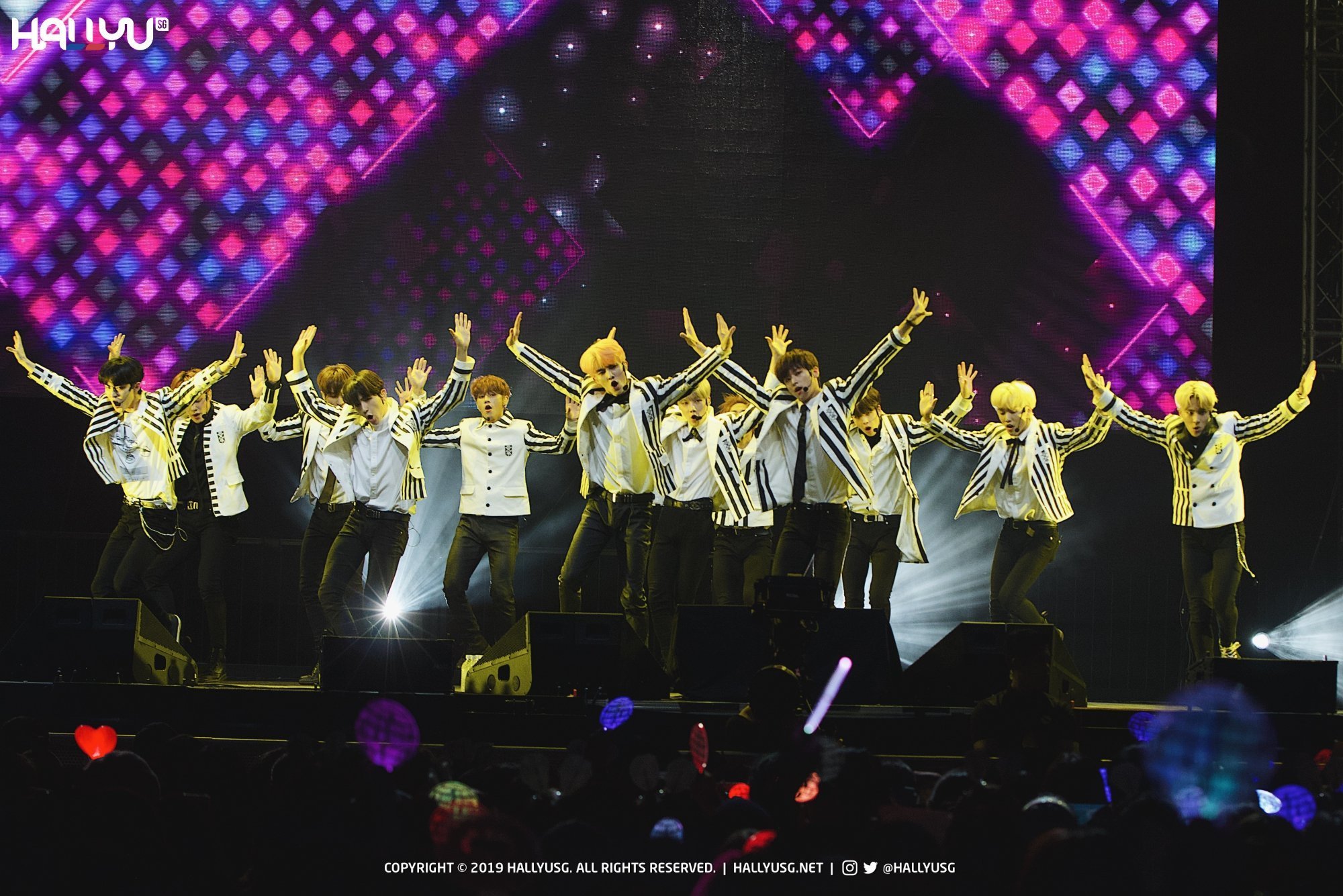 After performing their latest title track “Bloom Bloom”, a feel-good upbeat track, the members even taught THE Bs the main point of the choreography and everyone did it together!

Following a special unit dance performance, all the members came together and performed “Only One”, “Text Me Back”, as well as “I’m Your Boy”. 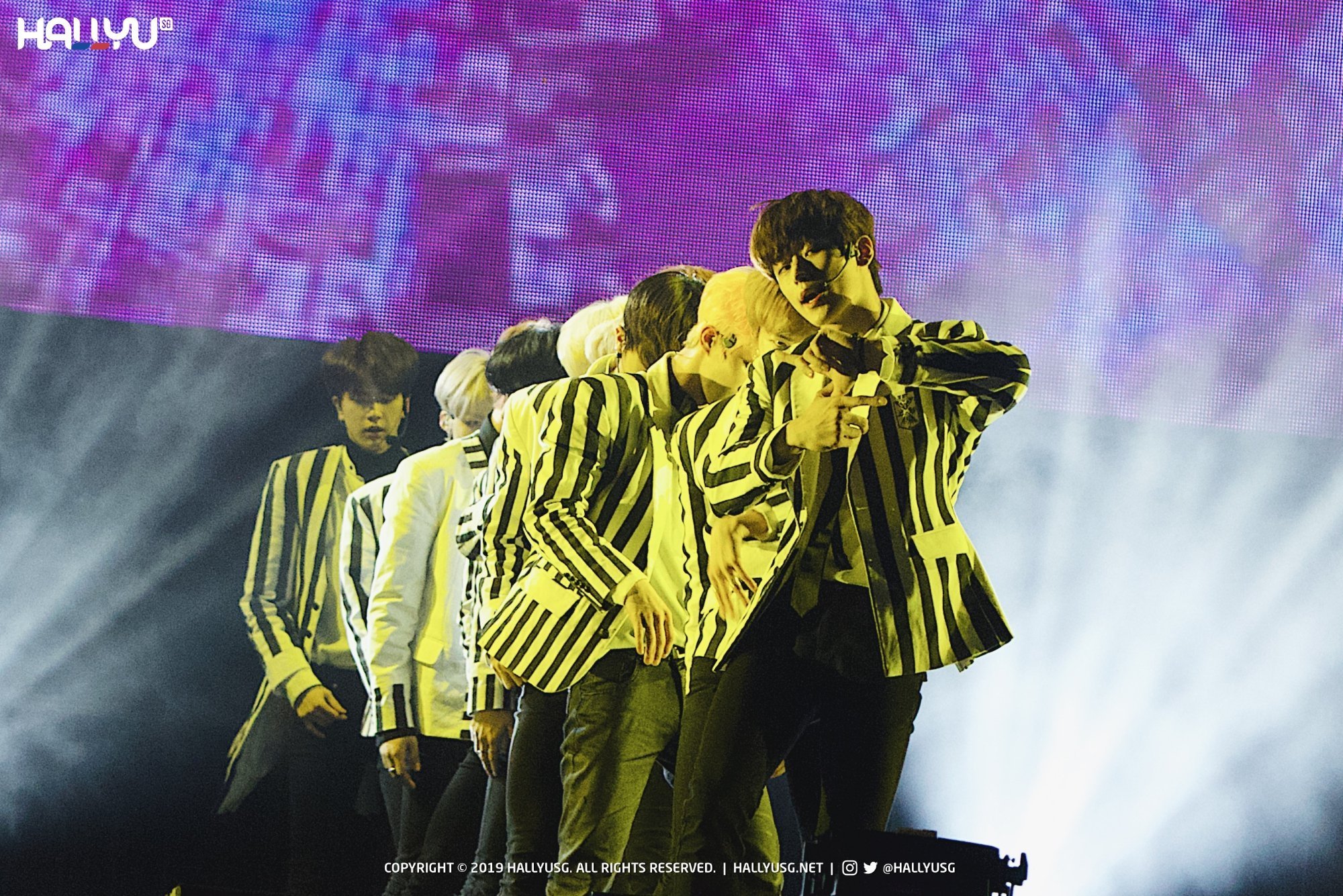 After serenading fans with a performance of “4Ever”, THE BOYZ were surprised with a special fan project, to which the members expressed how grateful they are to THE Bs and how they will always love and appreciate them.

The group then went on to perform the last two songs of the night, “Keeper” and “Clover”, bringing the Fan-Con to a sweet close. Despite having debuted just a year and a half ago, THE BOYZ truly showed their professionalism and stage presence at this Fan-Con, and we cannot wait to see them back in Singapore again for a full concert in the near future.

Highlights of THE BOYZ Open Press Conference in Singapore

THE BOYZ Asia Fan-Con Tour [The Castle] in Singapore was brought to you by Three Angles Production.

(Article by: Sarah | Photos by: Tiffany)