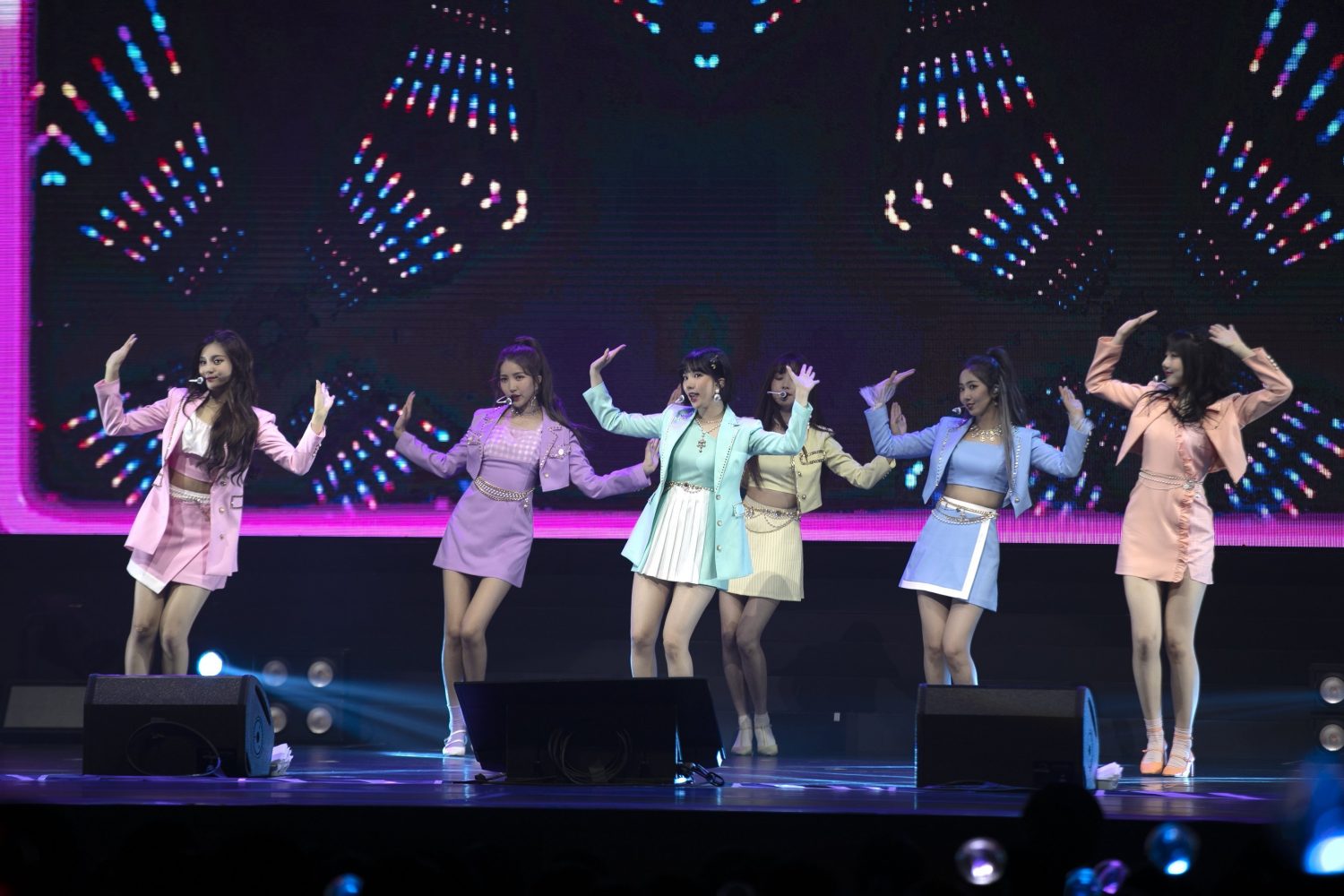 “You Are Not Alone”

This sentence was what tugged my heartstrings the most after Saturday’s show. For idols, it was a declaration that they would always work hard and for the fans, it was a promise that they will always be here to support.

GFRIEND is a group comprising 6 girls from Source Music. Debuted in 2015 and with a successful career spanning close to 5 years, these girls are definitely one of Korea’s current representative girl groups. Well known for their explosive vocals, sleek dance moves and addictive tunes, the sextet has finally made their way back to Singapore to greet their local fans after a long 1,050 days. 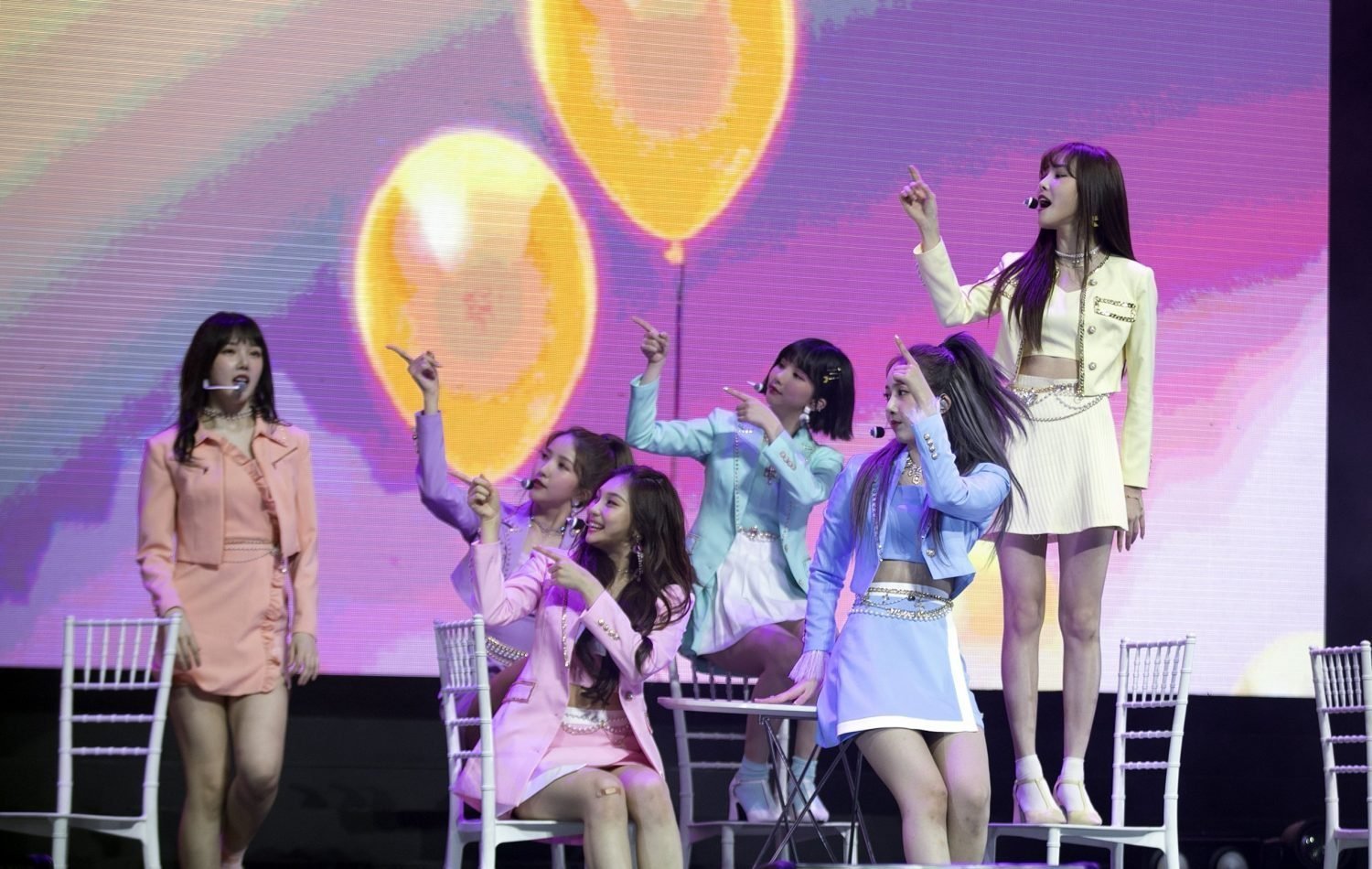 And boy, did they not disappoint on their latest visit. Over the span of almost 3 hours, local Buddies (the name of their fans) were taken on a wild ride along with the girls. Starting off the night’s show on a high note with their infectiously cheery tracks, GFRIEND made their long-awaited appearance onstage wearing bright pastel, coordinated outfits while dancing to well-known hits such as “Me Gustas Tu”, “Life Is A Party”, “Vacation” and more.

Riding onto that energetic momentum, GFRIEND also gave Buddies a glimpse into their lives pre-debut when they showcased never-before-seen performances halfway into the set. Split into two different sub-units, “World Peace” and “Hug Hug”, the contrasting concepts gave fans a chance to know more about the group’s could-bes and what-ifs.

The former, which consisted of members SinB, Sowon, and Yuju had an edgier and chicer concept, while the latter, which consisted of Eunha, Yerin, and Umji had a more flamboyant, playful one. Accompanied with a humorous VCR that depicted the behind stories of each of the group names and songs, this portion was definitely a hit with the crowd as they entranced us with their adorable antics. 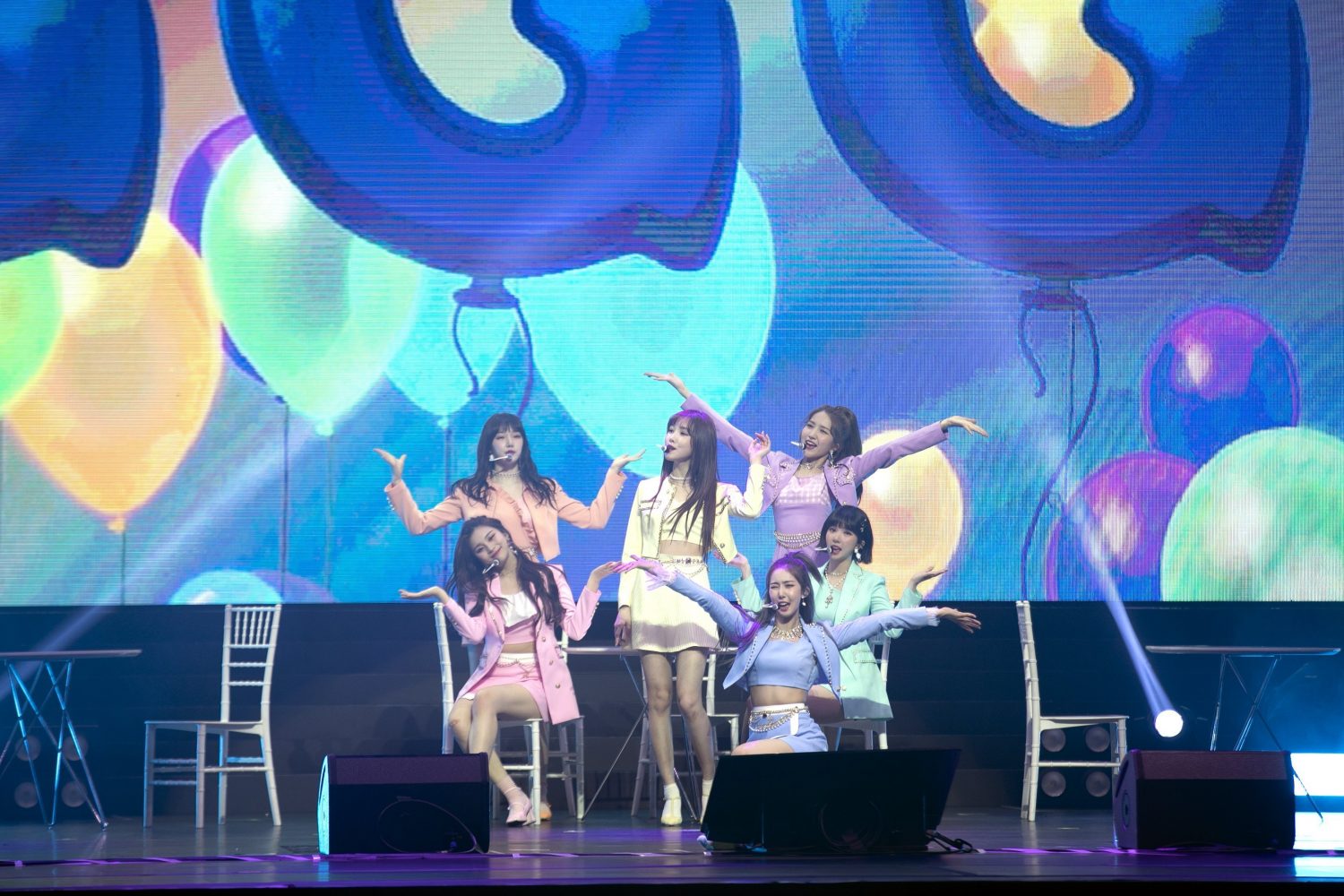 Though the concert began with a refreshing and youthful vibe, as the night went on, the girls made a 180-degree change to show off a more mature yet refined style and color of theirs. Versatility at its finest, we were impressed at their abilities to pull off a variety of styles without compromising on both their song and dance quality.

For one, we are very sure that their performances of “Only 1”, “L.U.V.” and “You Are Not Alone” blew the crowd away. Their ability to bring out the emotions of the song while dancing to those body busting routines was definitely one outstanding highlight to remember. 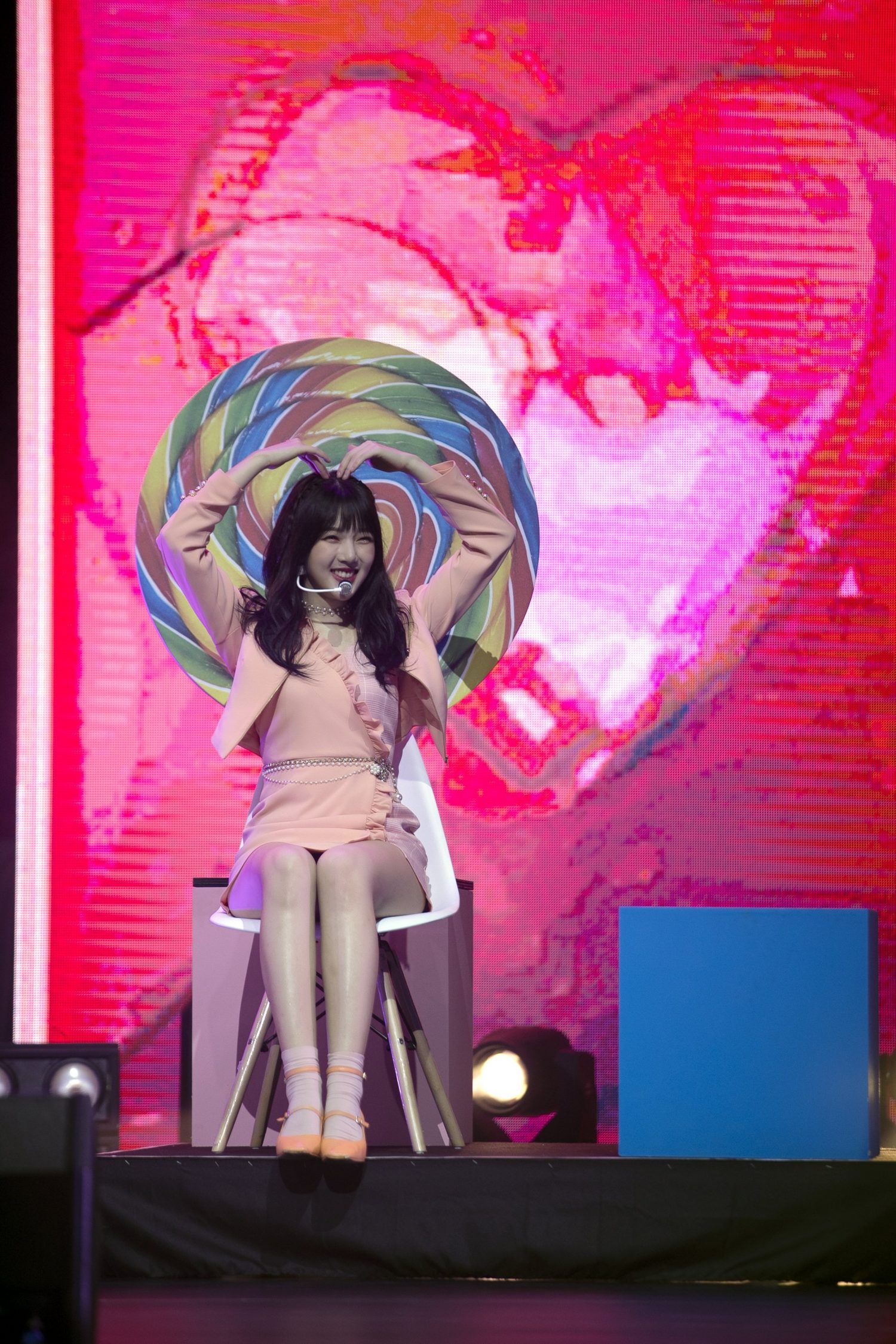 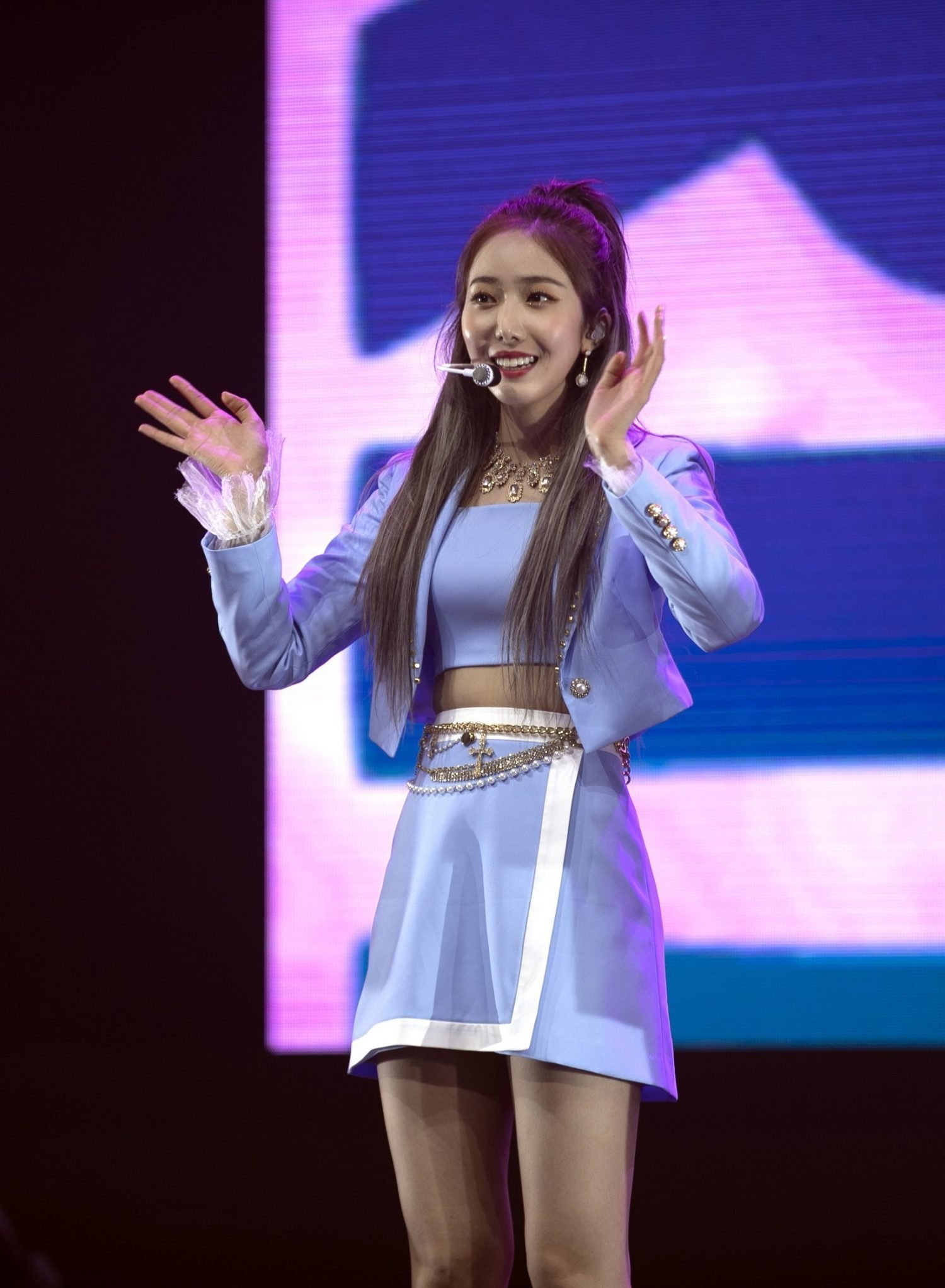 Even after performing all those crazy dance routines, GFRIEND always made it a point to interact with their fans as much as they possibly could. Occasionally, members would come right up to the edge of the stage to get closer to their fans while waving and blowing kisses nonstop. So much so that I’m pretty sure every fan walked away with at least something to remember them by.

There was just one portion of the concert that left us and the other fans quite unsatiated, and it was when GFRIEND did not perform their latest track “Fever (열대야)” as it was not on the original setlist. However, not wanting to disappoint the eager crowd, the girls performed a small snippet of the tropical-influenced dance track – Acoustic. They didn’t have the audio track for the song due to some technical difficulties but seriously, props to them for knowing their fans so well and giving them what they want.

Overall, the concert was a feast for the ears and the eyes. The girls were outstanding, the setlist was mostly well planned out and we learned so much about the group. Here’s to hoping they will visit our sunny shores again in the very near future!

[COVER] A Yearly Affair with VIXX for Singapore ST☆RLIGHTS