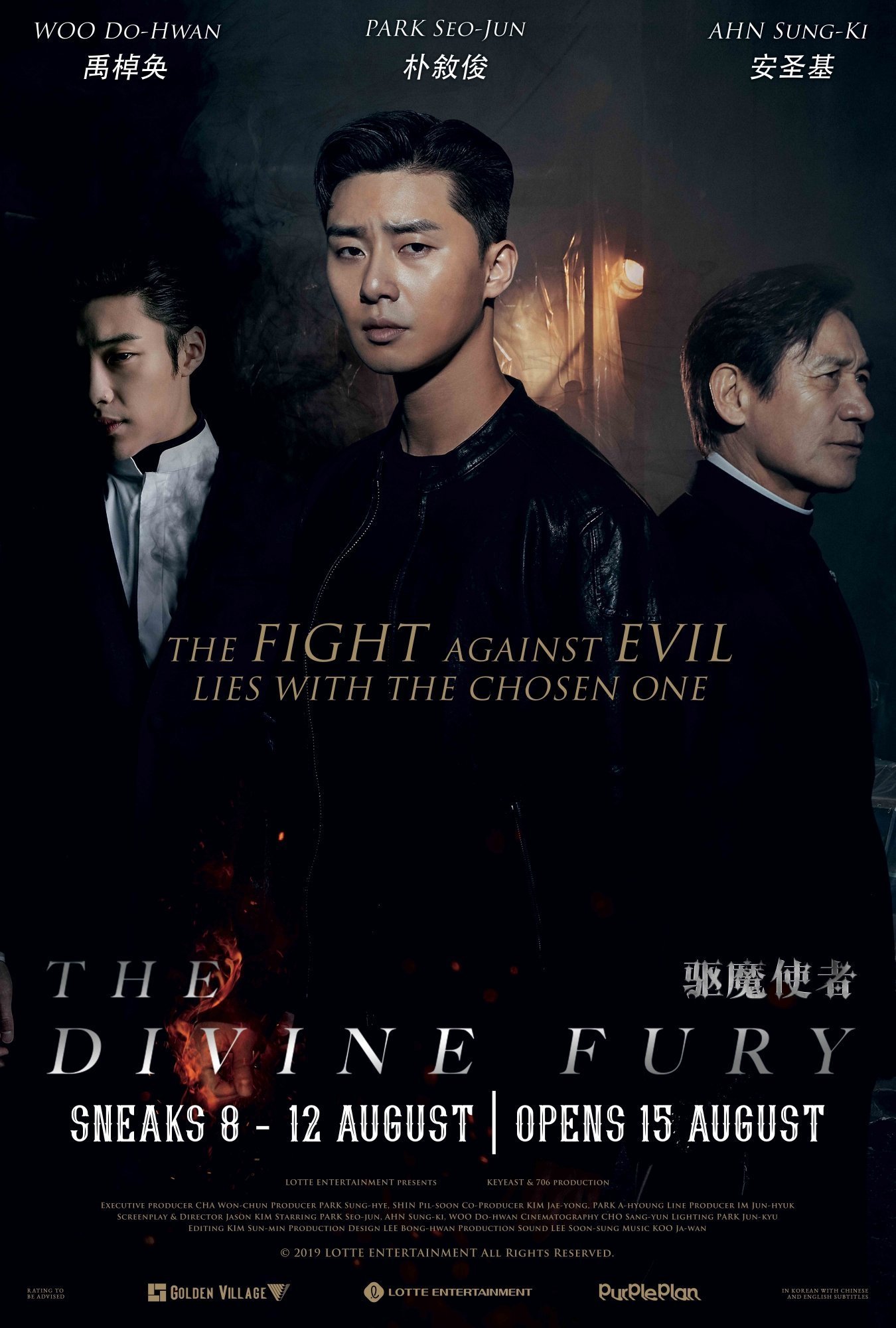 To embrace evil, or to confront it. A story of the massive battle between good and evil is about to take the cinemas by storm this August. Two years after his hugely successful film ‘Midnight Runners’, director Jason Kim is back to hit the silver screen with a brand new genre and subject matter in The Divine Fury.

Starring a high-profile cast comprising Park Seo-jun, Ahn Sung-ki and Woo Do-hwan, this movie is set within the contemporary world in which a martial arts champion joins up with an exorcist priest to battle against a dark force of evil. 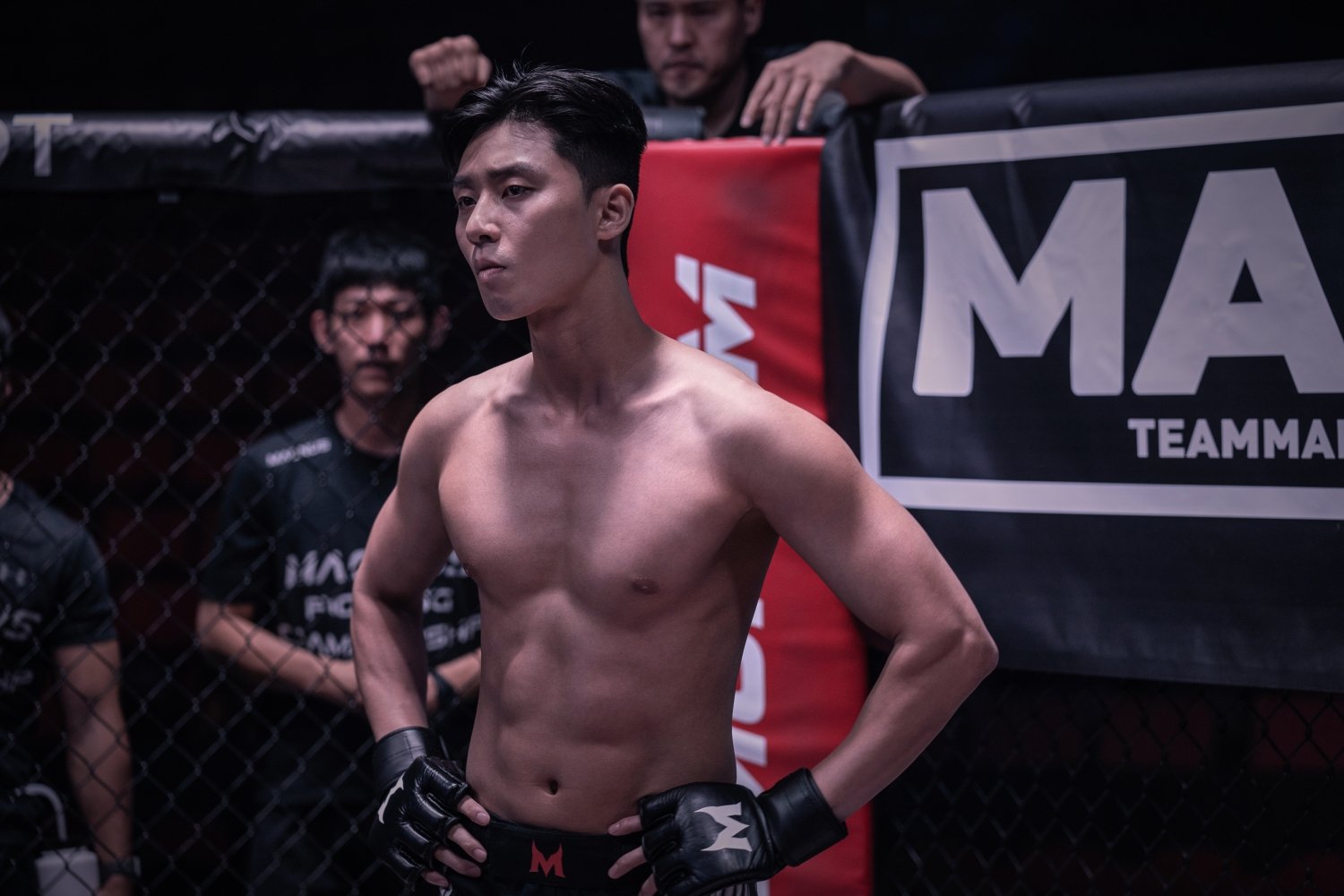 Reuniting again with director Kim in this film, Park Seo-jun plays the character of Yong-hu, a martial arts champion who fights evil. In contrast to all his previous roles, this character brings out a deeper, more mature acting that showcases the actor’s emotional range and acting abilities.

In order to effectively portray the character well, Park Seo-jun was said to have performed all the martial arts, wire action and CG action by himself, perfectly executing the challenging role. 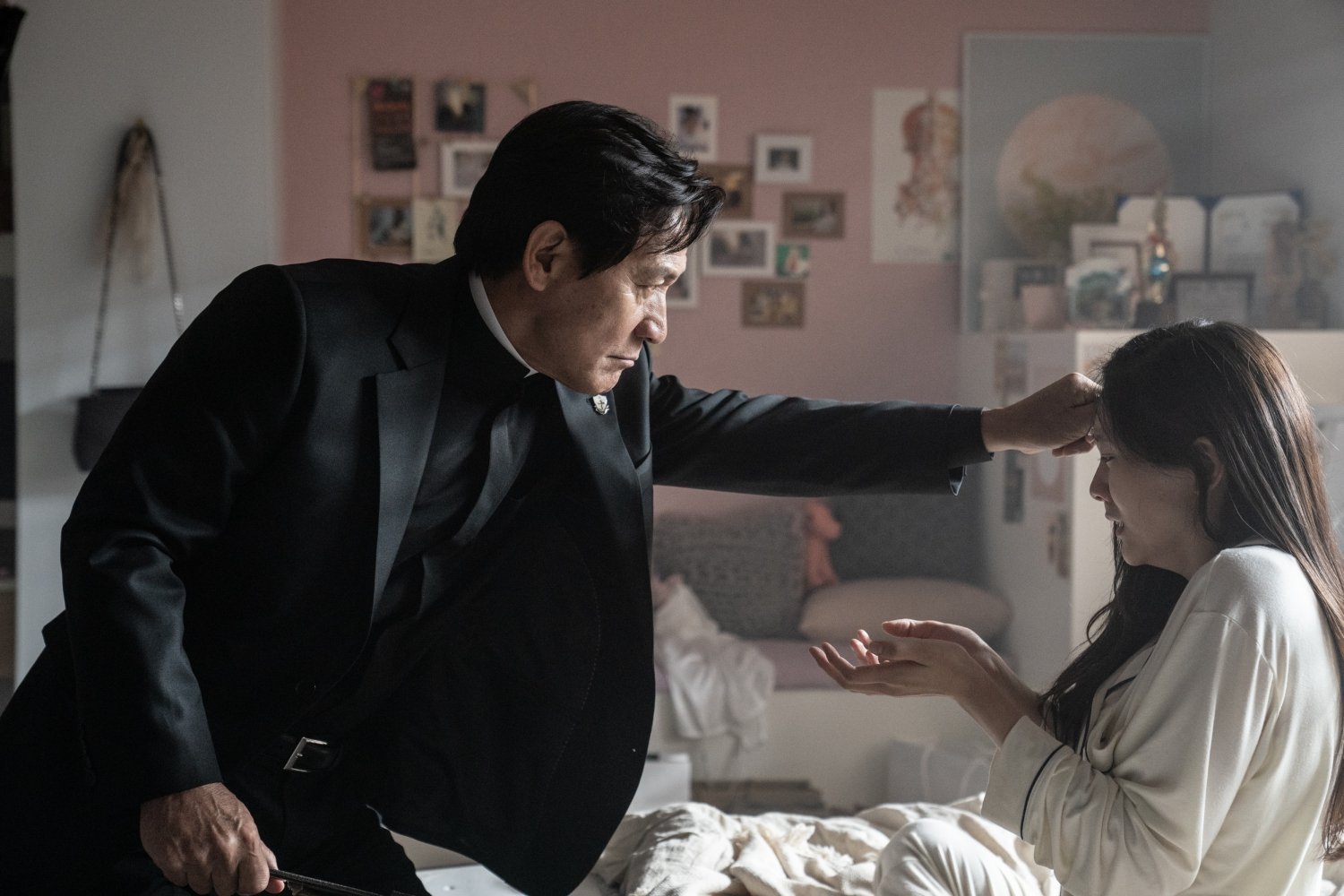 Meanwhile, veteran actor Ahn Sung-ki returns to the screen as Father Ahn, an exorcist priest who fights evil spirits. Ahn Sung-ki’s 62 years of acting experience has earned him the moniker of Korea’s leading national actor, having demonstrated his reliability and likeability in countless films.

In The Divine Fury, he exudes the weighty presence of his character impeccably, performing action scenes and even taking up the challenge of Latin dialogue, truly living up to his name. 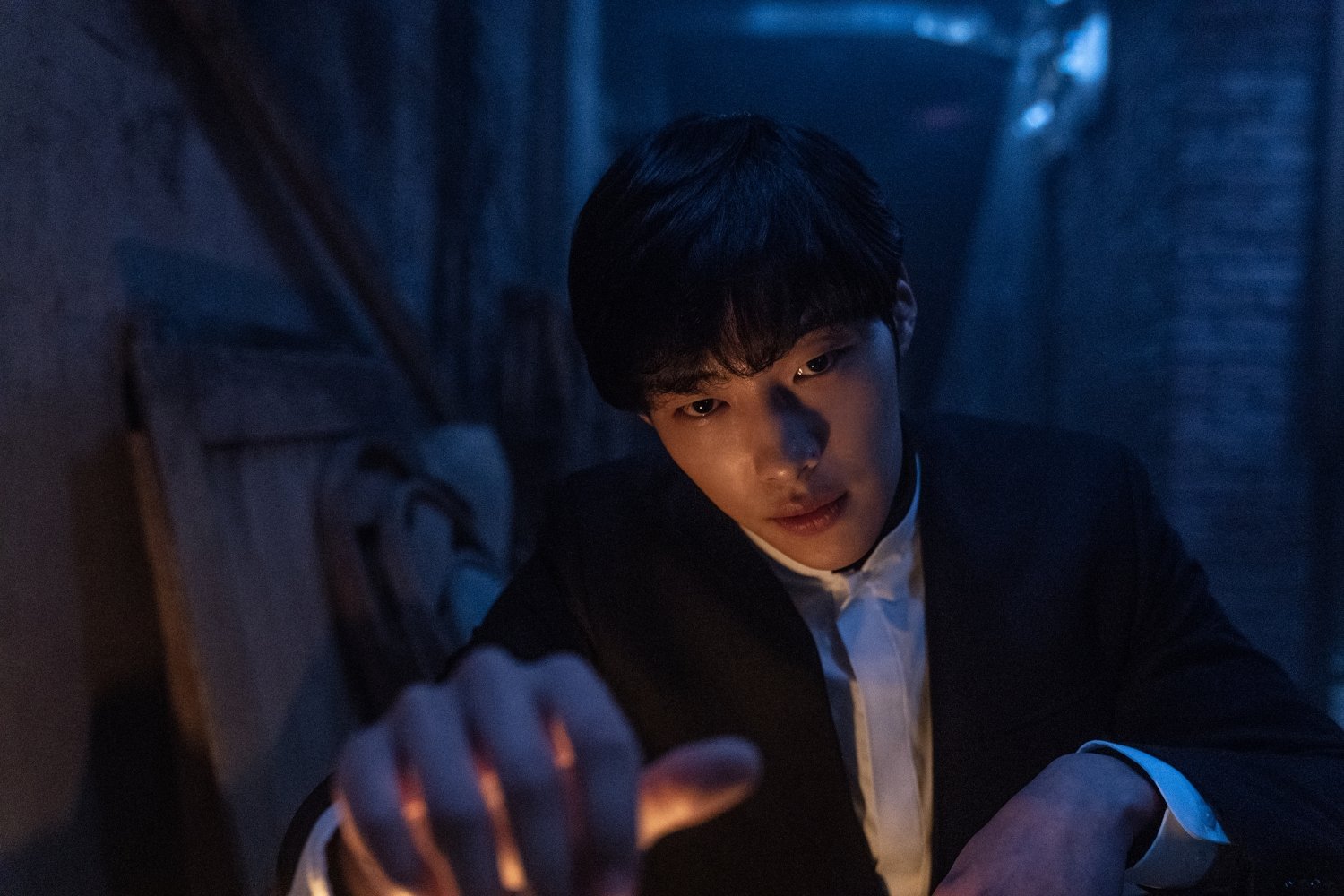 Another key character in this film, rising star Woo Do-hwan brings a sharp tension to The Divine Fury playing Jisin, a mysterious Dark Bishop who takes advantage of people’s weaknesses to spread evil.

Displaying a fresh charisma and strong acting, Woo Do-hwan has earned praises for his performance as he perfectly portrays the dark nature of the character that’ll be sure to captivate audiences. 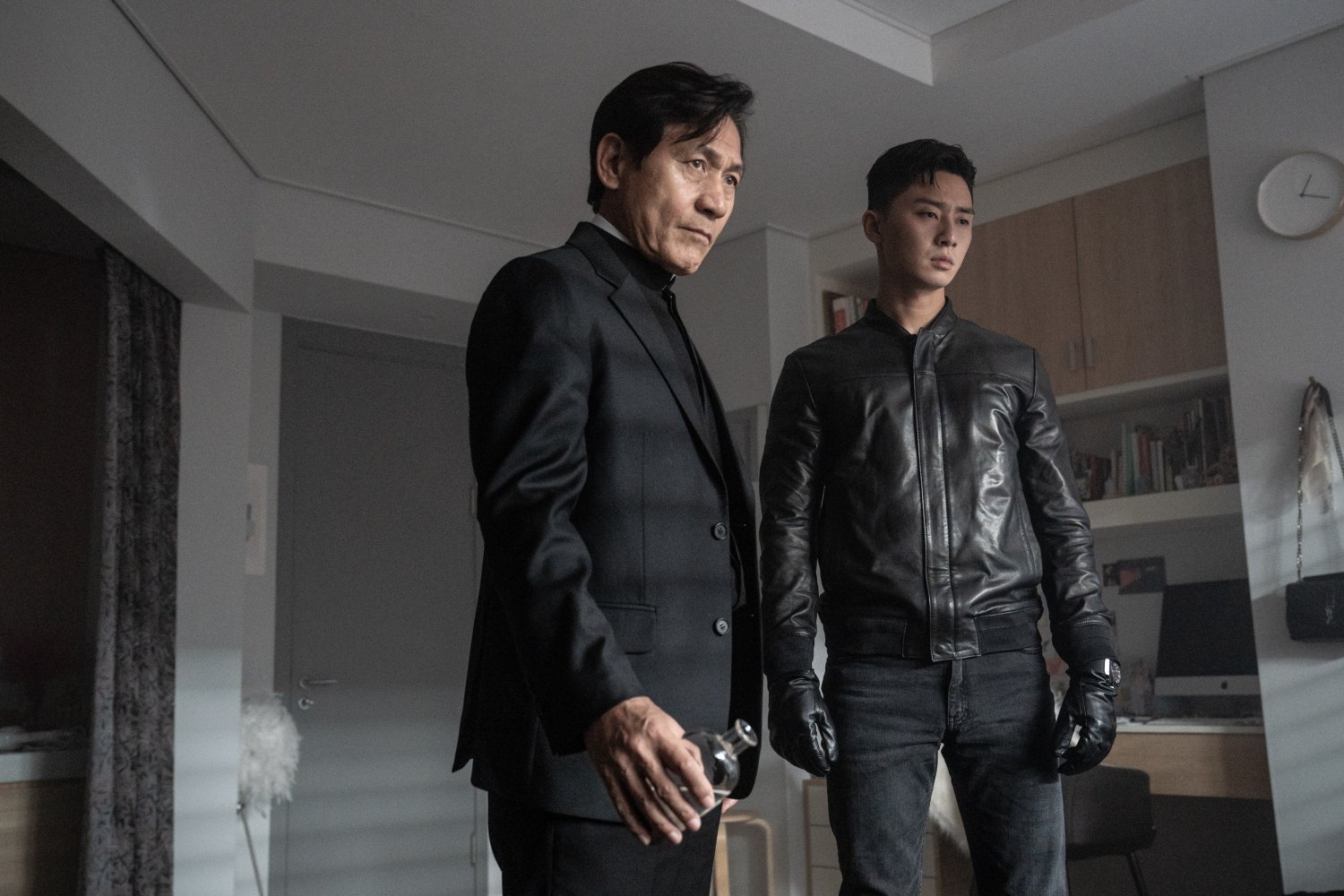 With high anticipations in store for this blockbuster film, the thrilling story and groundbreaking action sequences are sure to create a completely new world for the audiences.

After losing his father at a young age, Yong-hu (Park Seo-jun) harbors a deep mistrust and anger towards the world. Years later he has become a martial arts champion, but one day he discovers an unexplained wound on his palm. When he meets the exorcist priest Father Ahn (Ahn Sung-ki), he learns that there is a special power contained within the wound.

As his fellowship with Father Ahn deepens, he starts to perform exorcisms with him. However, an evil figure named Jisin (Woo Do-hwan) kills a girl who was recently exorcised by Father Ahn and Yong-hu.

Jisin hatches a plan to ensnare and kill more people. Father Ahn and Yong-hu try to defeat him, but Father Ahn is mortally wounded in the fight. Yong-hu takes strength from the God he once rejected, and faces off against Jisin… 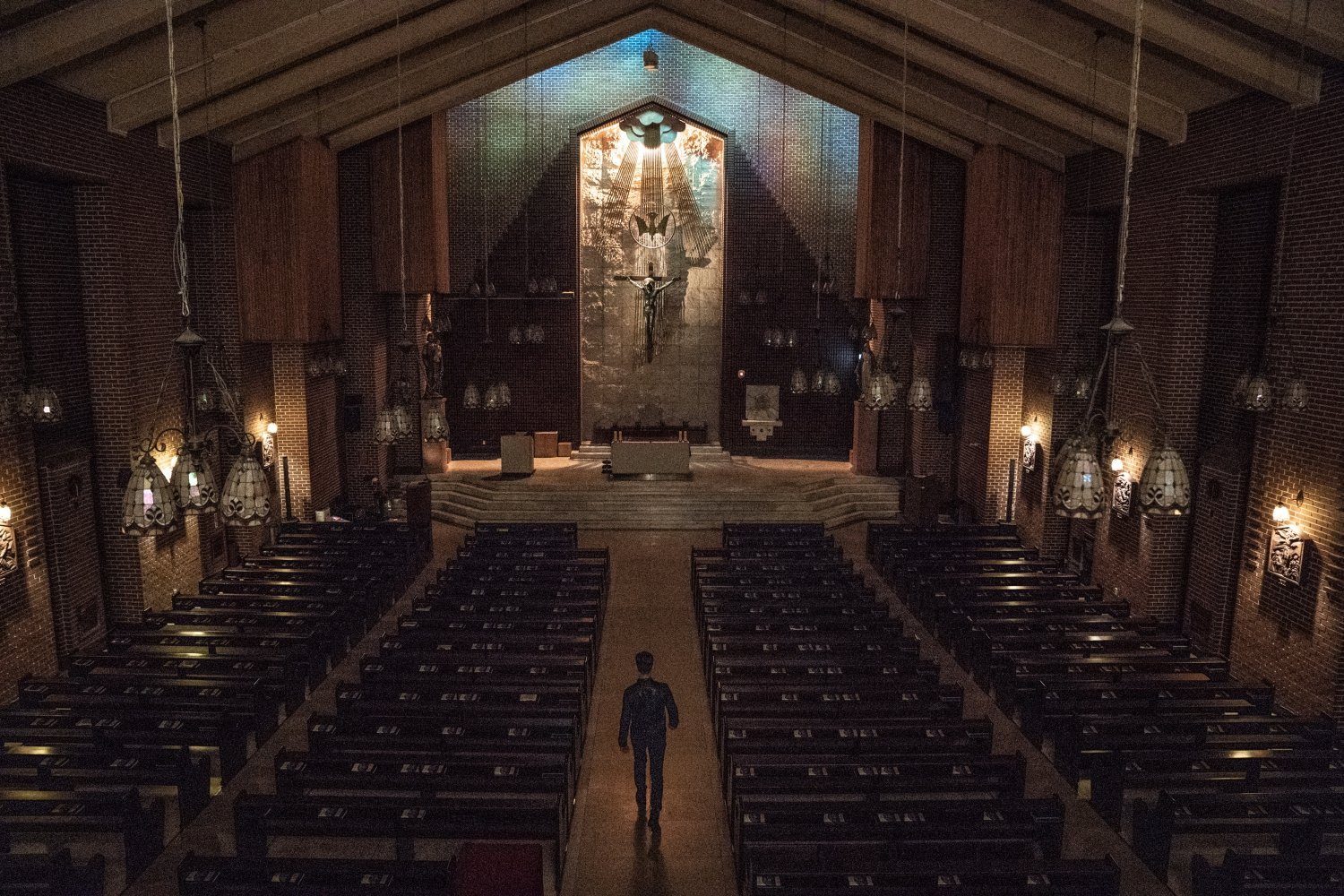