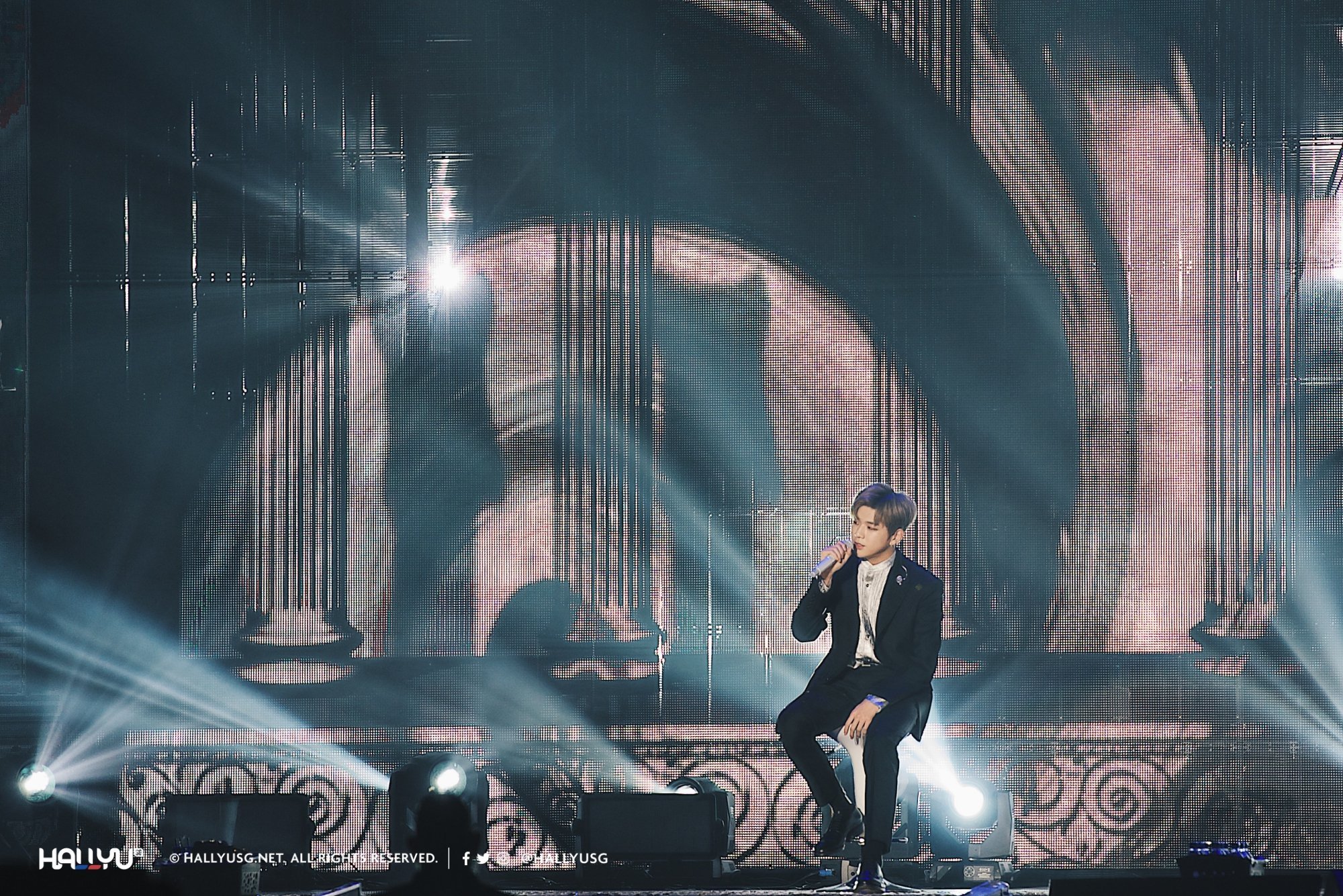 If we could pick one moment that was especially touching and memorable during Kang Daniel‘s ‘Color on Me’ Fanmeeting in Singapore, it would be his heartfelt messages to fans where he bared nothing but genuineness and sincerity. Throughout the Fanmeeting, Kang Daniel could be seen showing great affection for his fans and doing his best to interact with the audience from all corners. 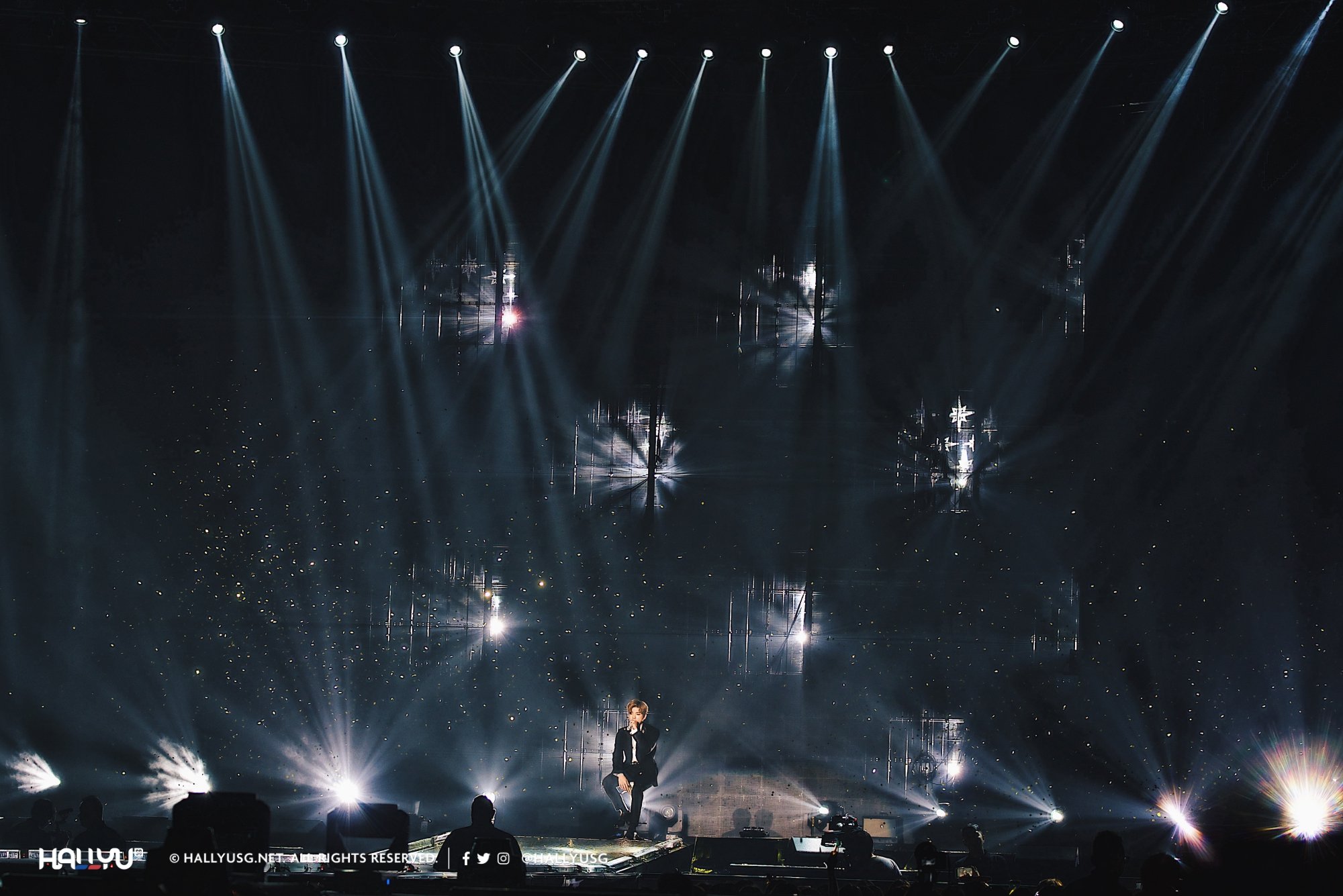 Held at Singapore Indoor Stadium on August 16, the show marked yet another milestone for the idol star, as he becomes the fastest solo artiste to stage a large-scale Fanmeeting at the stadium in less than a month after his solo debut.

Opening the Fanmeeting with great excitement, Kang Daniel revealed that he is making preparations to release a video for his fans and hinted about filming himself getting on an exhilarating ride in Singapore during this trip.

The singer also shared thoughts on his newly released debut album which contained tracks that he’d personally written during his period of hiatus. Explaining why he’d chosen ‘What Are You Up To’ as the album’s title track, Kang Daniel expressed that it’s a song that represents him well and shows what he’s capable of. 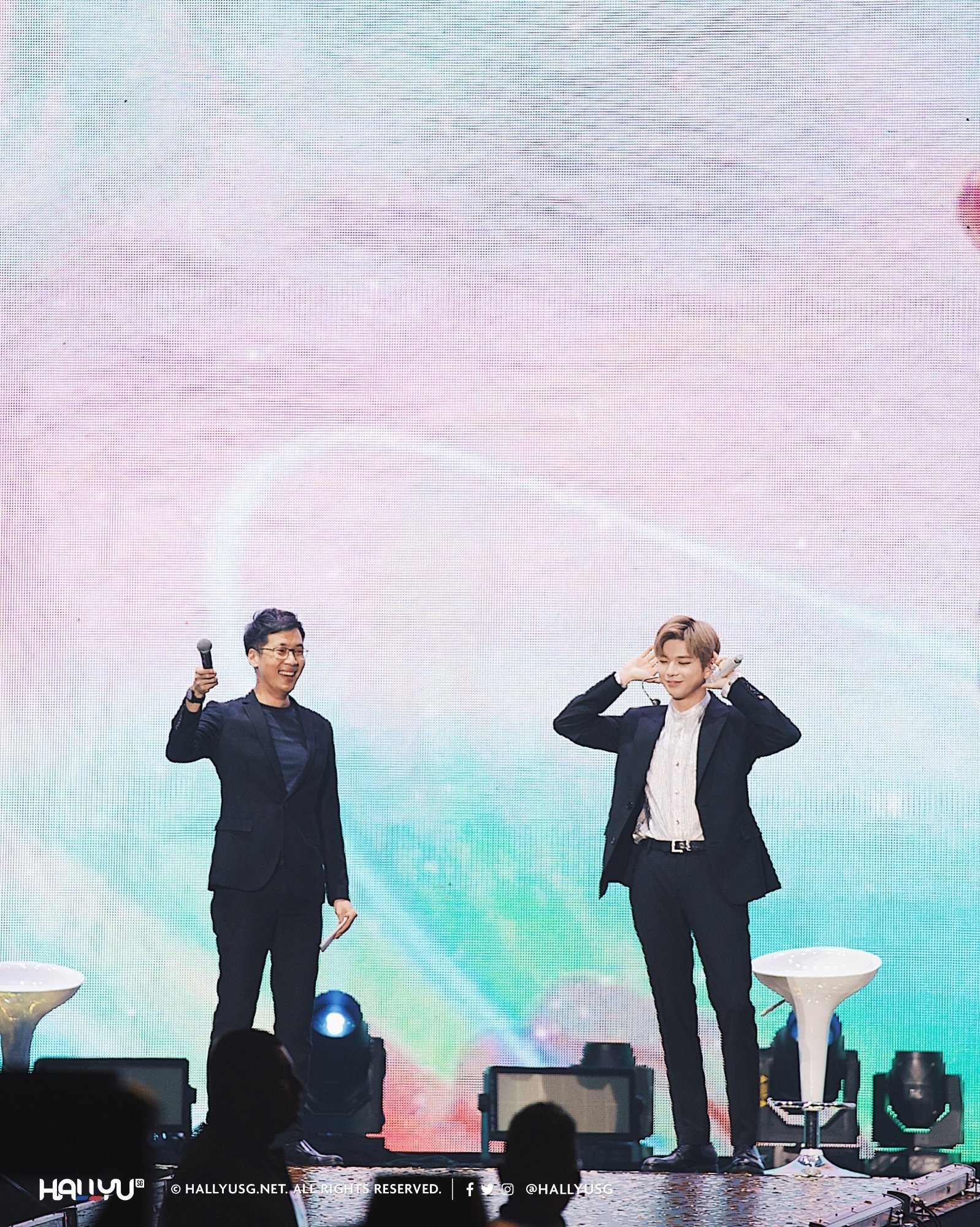 During the Fanmeeting, the idol star also played several games on stage that involved fun forfeits such as dancing for the fans and displaying ‘boyfriend’ poses, which led to explosive screams across the floor.

He also had the opportunity to try durian for the first time, commenting that the taste is “not bad” as he joked that the king of fruit apparently smelled similar to fish. 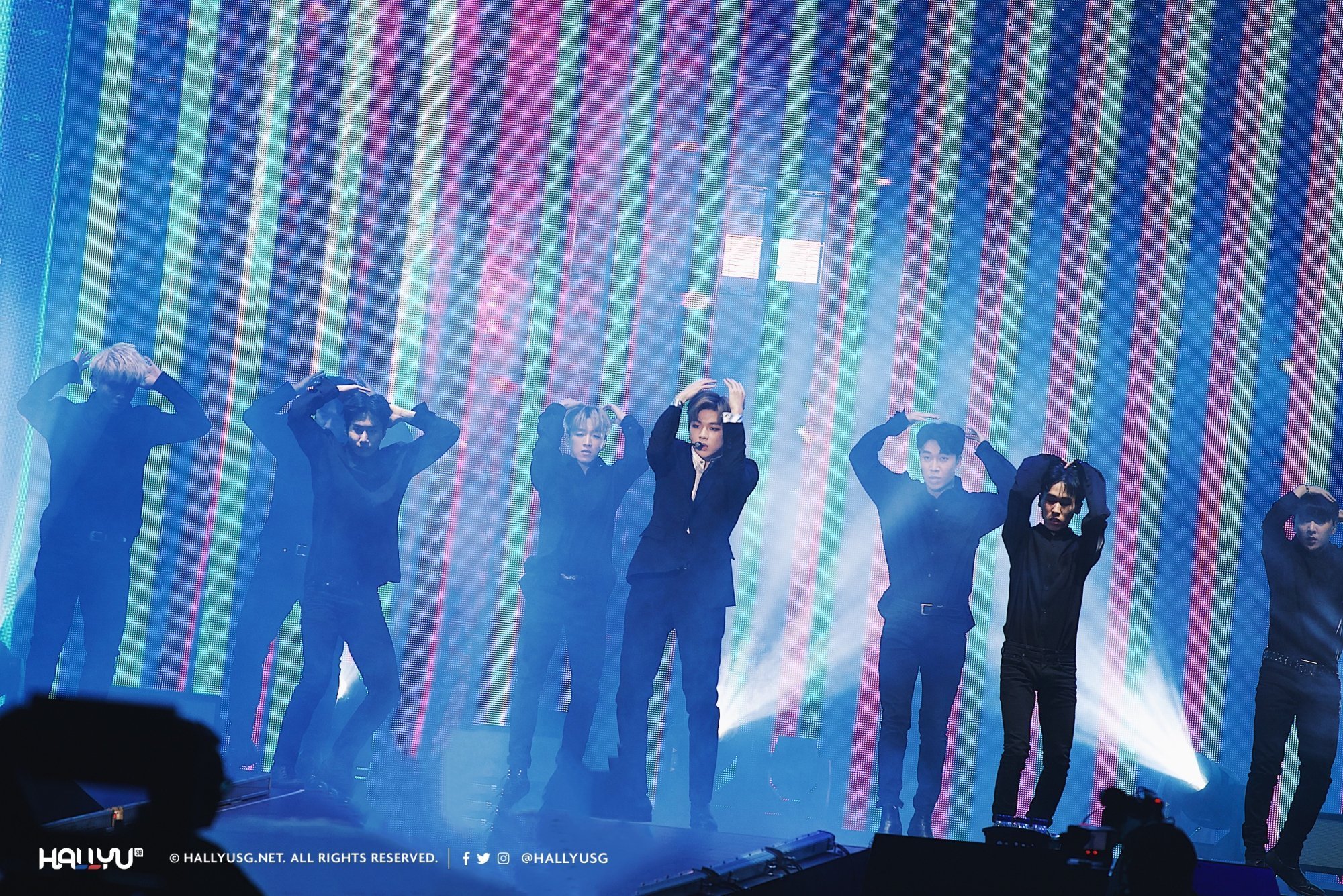 Fans were treated to a line-up of powerful and charismatic performances featuring all the tracks in Kang Daniel’s debut album, as well as a special performance of Justin Bieber’s “Sorry”, a song revealed to be one of his personal favourites. 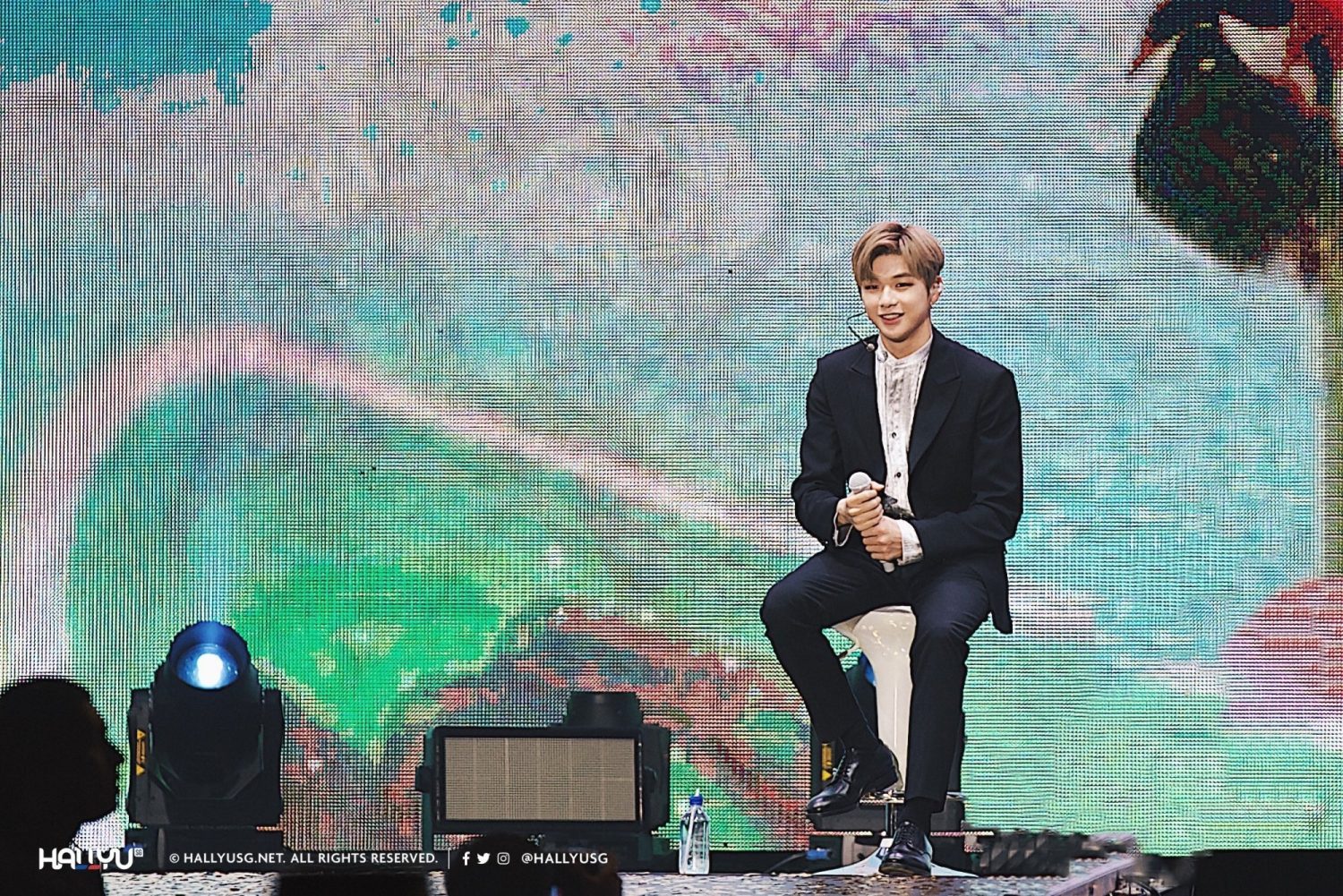 Nearing to the end of the show, Kang Daniel was presented with a fan-made video from his Singapore fans that highlighted on the significant moments that took place during his idol journey.

While repeatedly thanking fans for supporting and cheering him on, the singer gave a lengthy but heartwarming speech to conclude the first stop of his Fanmeeting:

“When I was watching this (fan-made) video, I realised that the journey was long and time really flew by very fast. While I was busy with my own stuff, what I’ve noticed was that my fans were always there by my side, watching and supporting me.

I wanted to show my fans more through this album and I wanted to do more for my fans. Please look forward to more albums in the future. I’d like to present a more complete side of me as an artiste who is capable of showing what I want to impress, and when you listen to my songs, I hope they’ll be a source of energy to cheer you up.

It hasn’t been long since my solo debut, but please continue to watch me grow further as I will put up better performances for my fans. I am always grateful to have all of you being there for me.”

[FEATURE] Find Out What Yoona Has Been Up To Recently!

[COVER] SECRET reunites as Four at their Singapore Fan Meeting