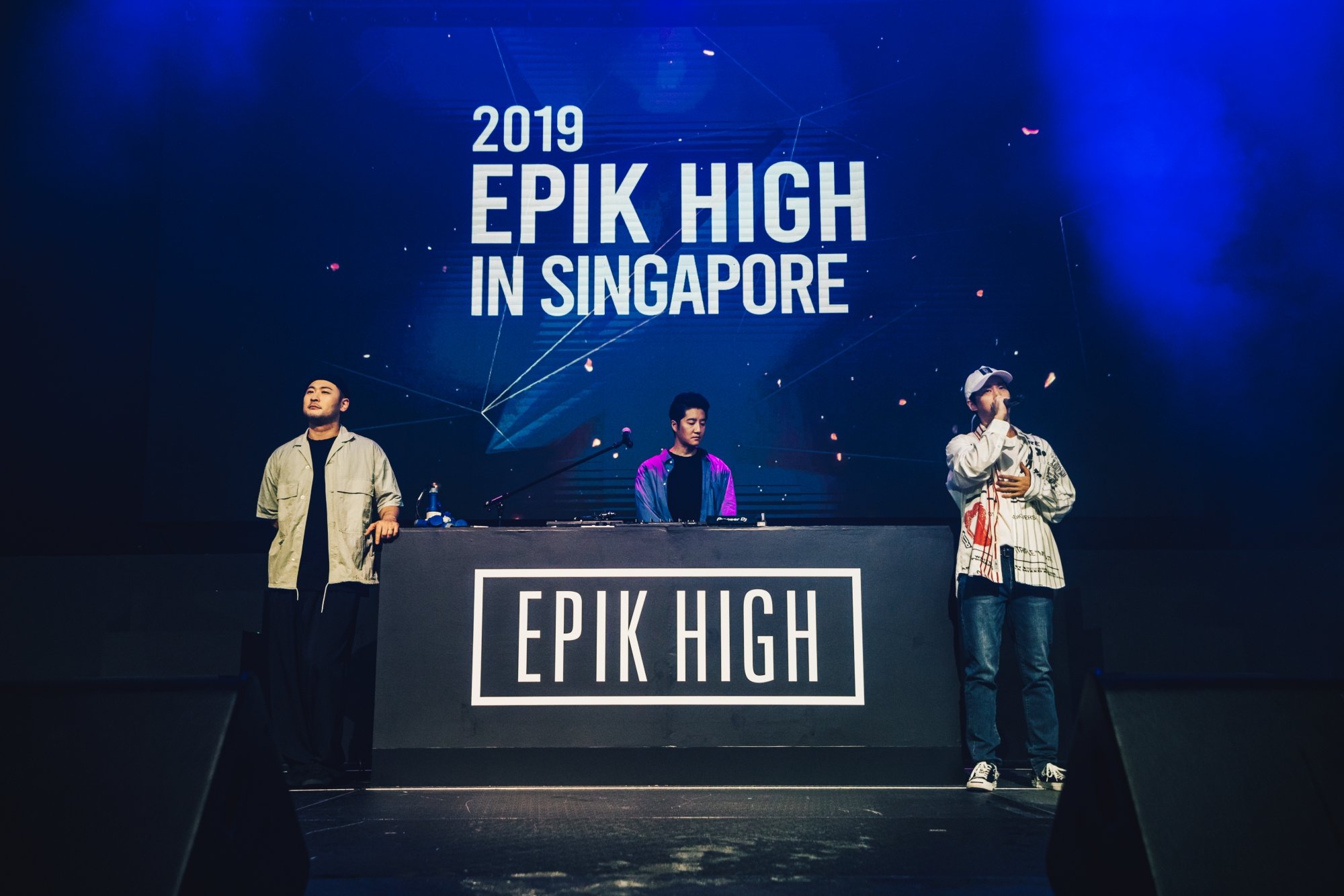 Korean hiphop trio Epik High was in town last Saturday (September 14) for the Singapore stop of their 2019 world tour, where they performed at The Coliseum, Hard Rock Hotel Singapore at Resorts World Sentosa. The group’s return to Singapore after their last visit in 2015 (for Skechers Sundown Festival) proved to be worth the long wait, as they created many lasting memories with fans that night. 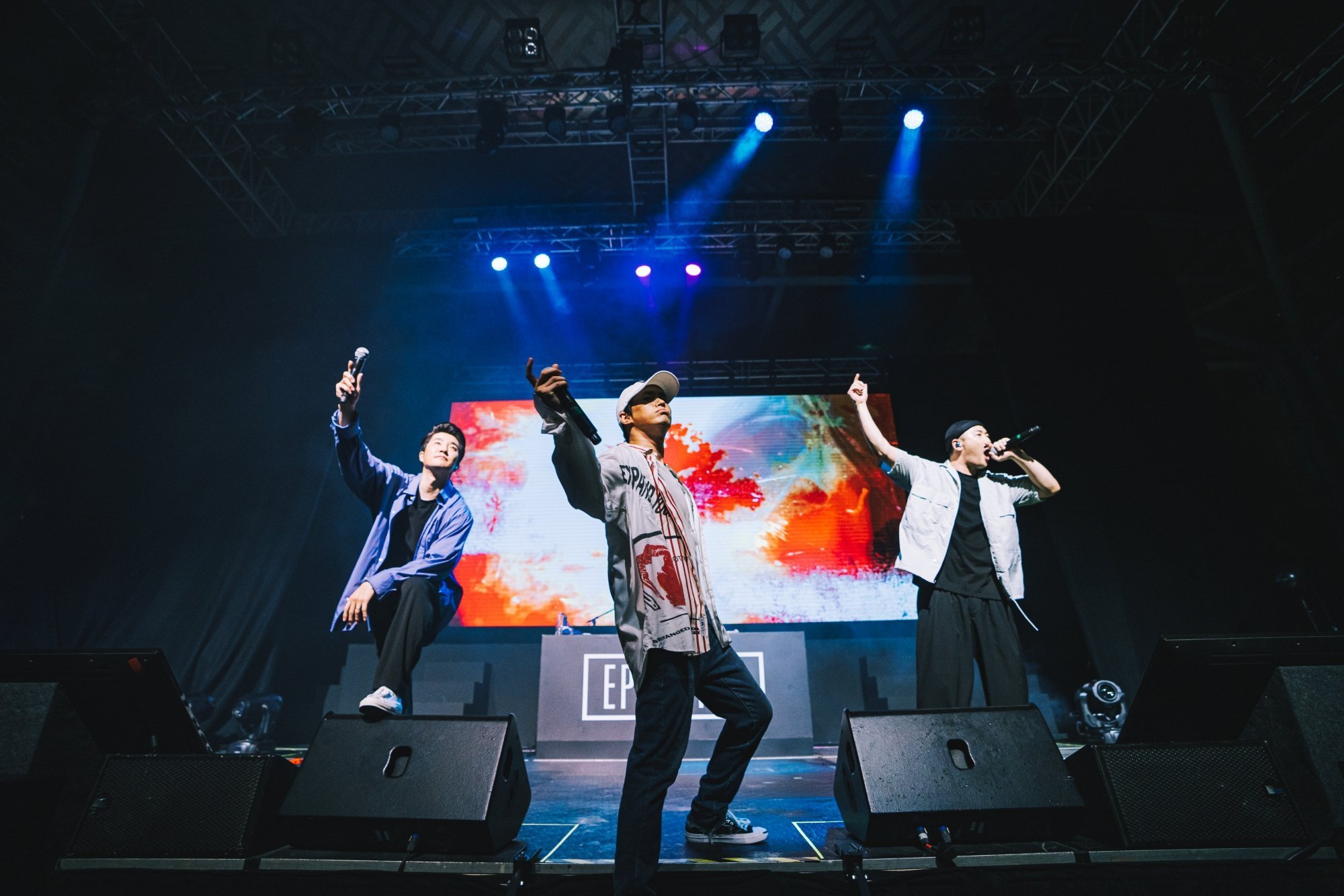 Epik High started off the show with performances of “In Seoul”, one of the tracks off their latest album, and “No Thanxxx”.

The members then did hilarious and witty introductions of each other, where they had prepared comedic, dramatic sound effects and screen backgrounds. Tablo introduced DJ Tukutz as “The veteran of K-pop, the creator of K-pop!”, and Mithra Jin as “The youngest of Epik High, he is the cutest of Epik High!”, which had everyone laughing so hard. 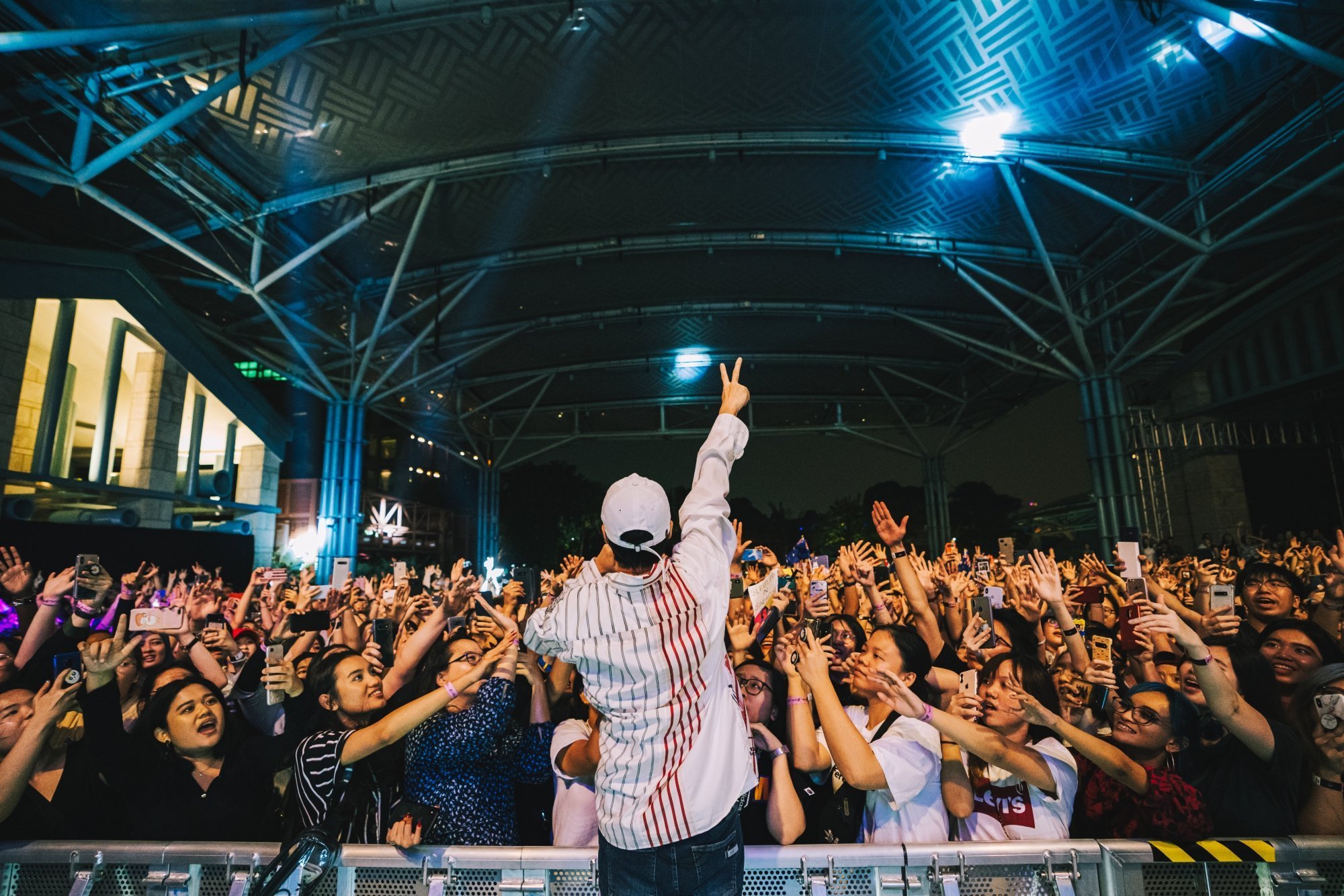 Tablo added on that the stress, pain or heartbreak they were experiencing would be taken away that night through their music and with that, they continued the show and performed “Burj Khalifa”, a track which has a very distinctive and addictive beat. It was a clear fan-favourite as cheers from the crowd were deafening throughout the performance. 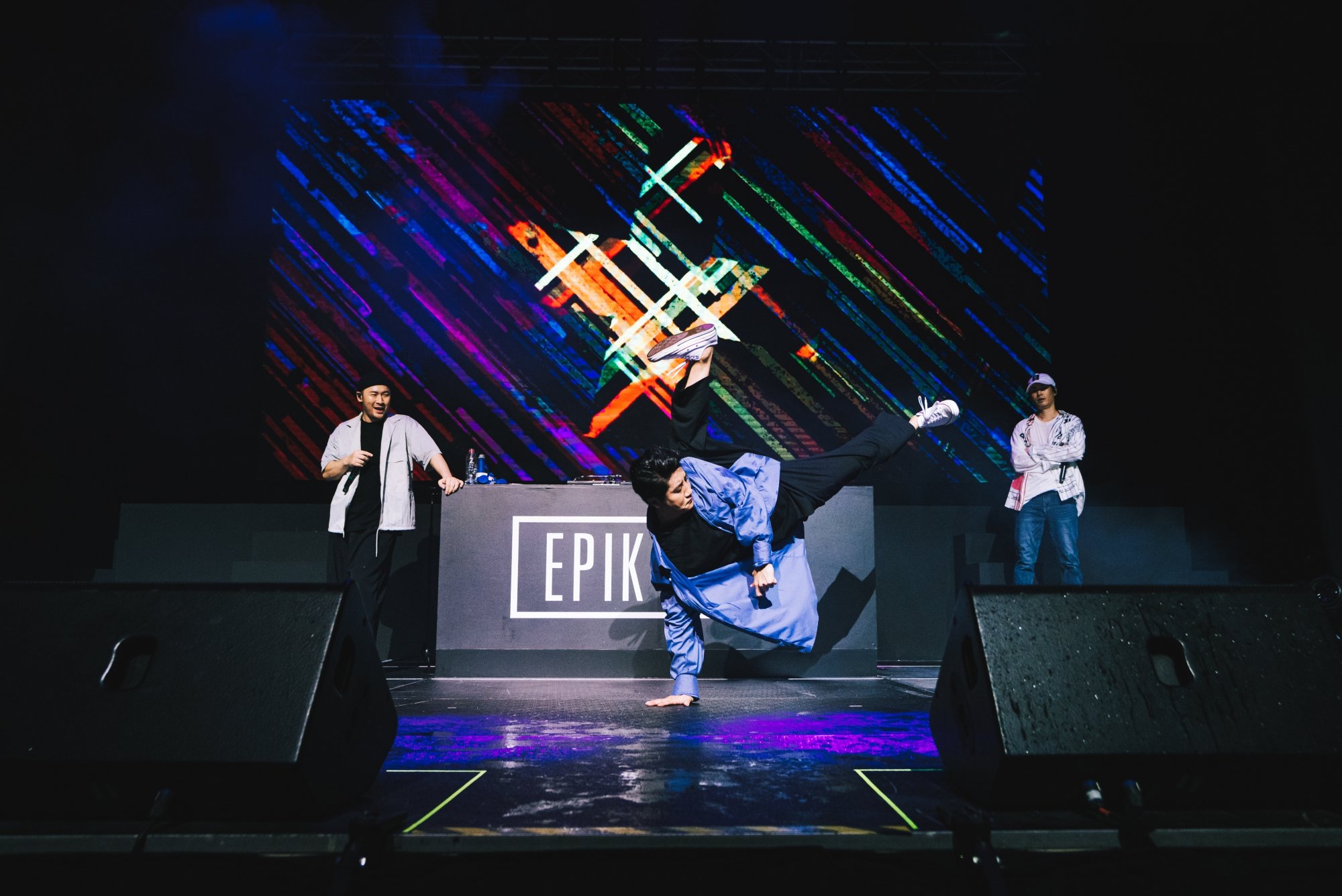 After a series of high energy tracks one after the other, the group performed a mellower, chill track “Bleed”. Between songs, the members were fooling around so much with one another as well as the fans. Tablo jokingly did mistranslations of what Mithra Jin said in Korean, which sent fans into fits of laughter! 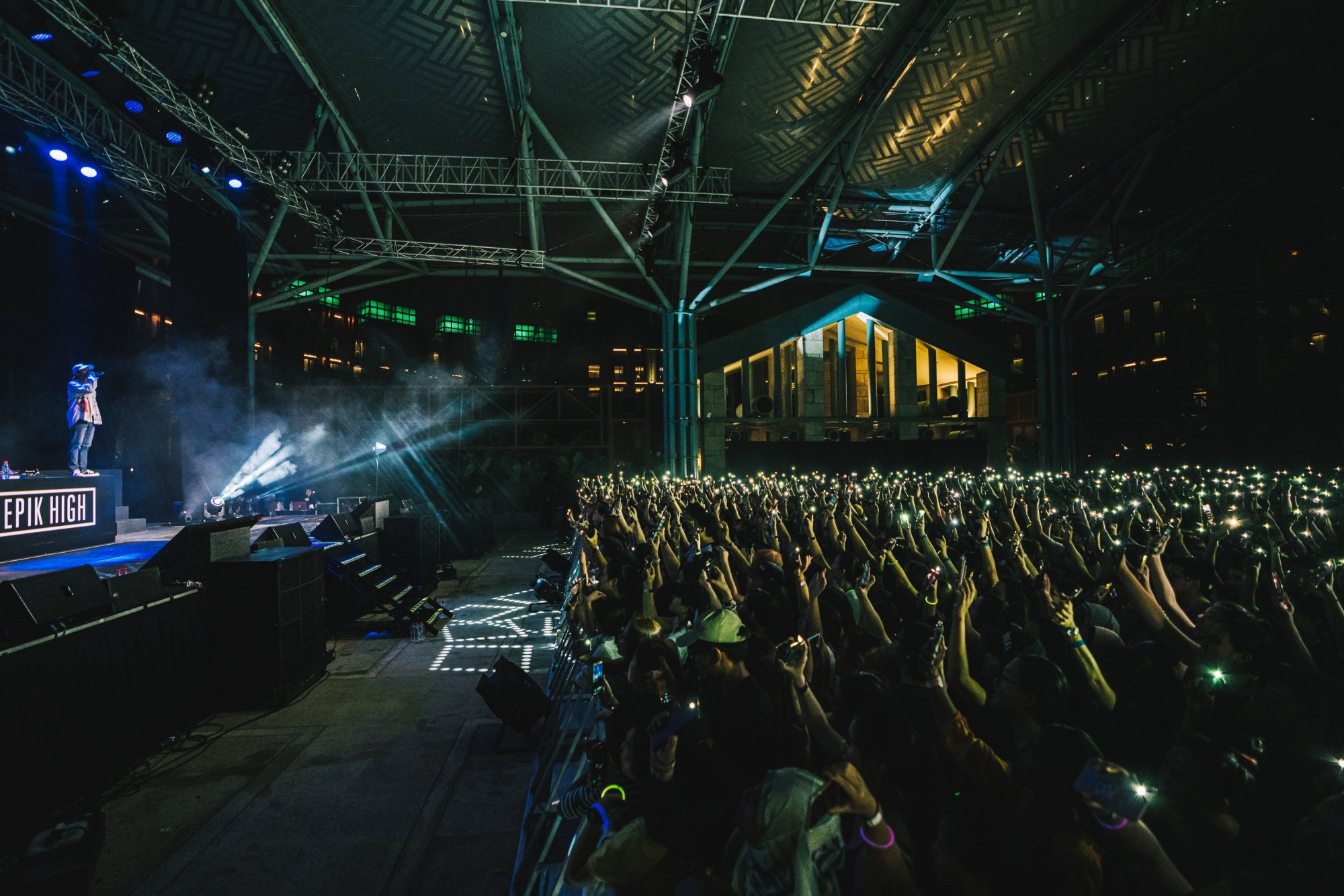 During “Lovedrunk”, they requested fans to switch on their phone flashlights to turn the entire place into a constellation, and it was truly a beautiful sight to witness. 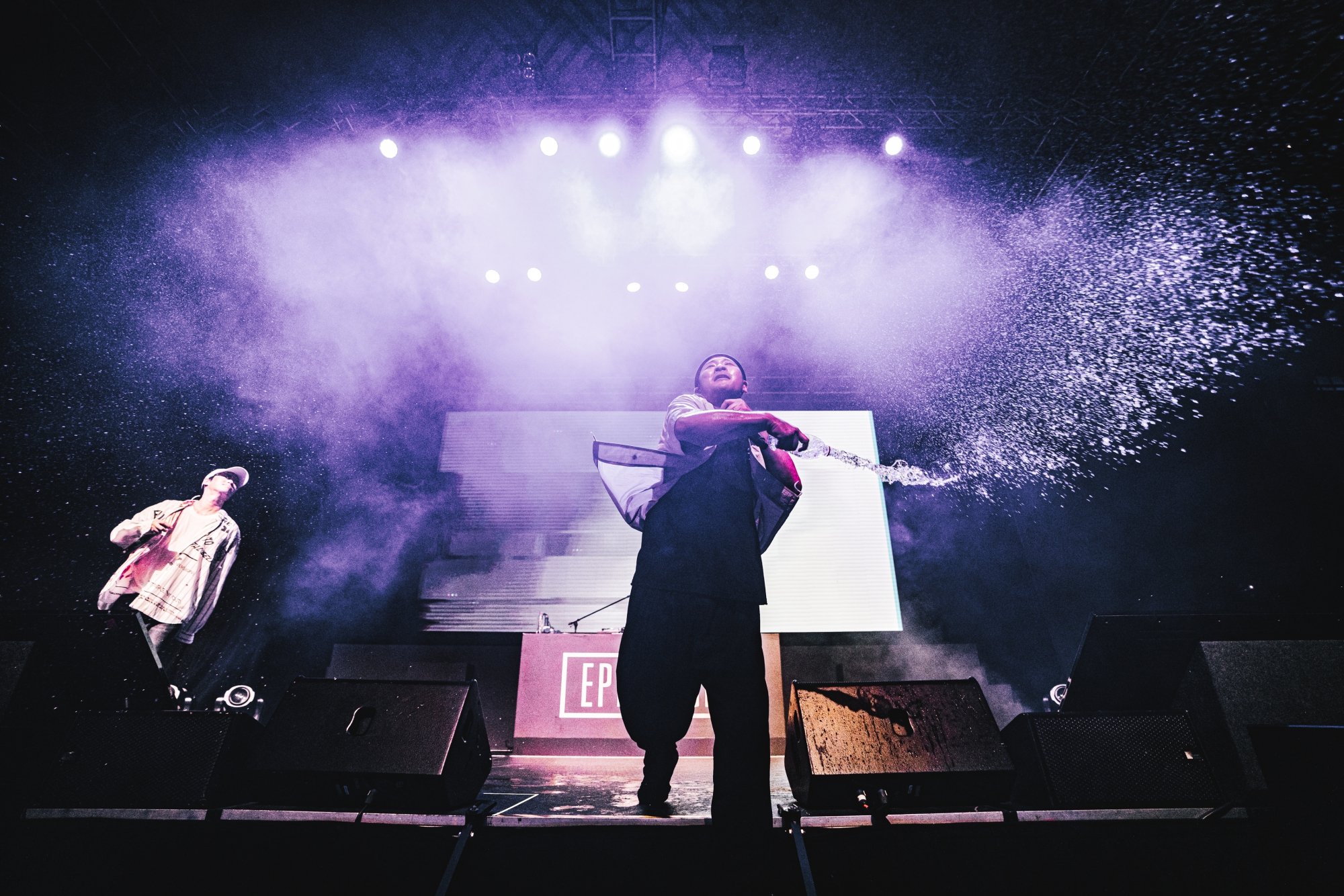 The crowd went wild during the performances of “Happen Ending” and “1 Minute 1 Second”, and just as everyone thought the energy could not get any more intense, Epik High continued the show with even more fervent performances of “One” and “New Beautiful”, which created a positive energy that radiated throughout the venue. 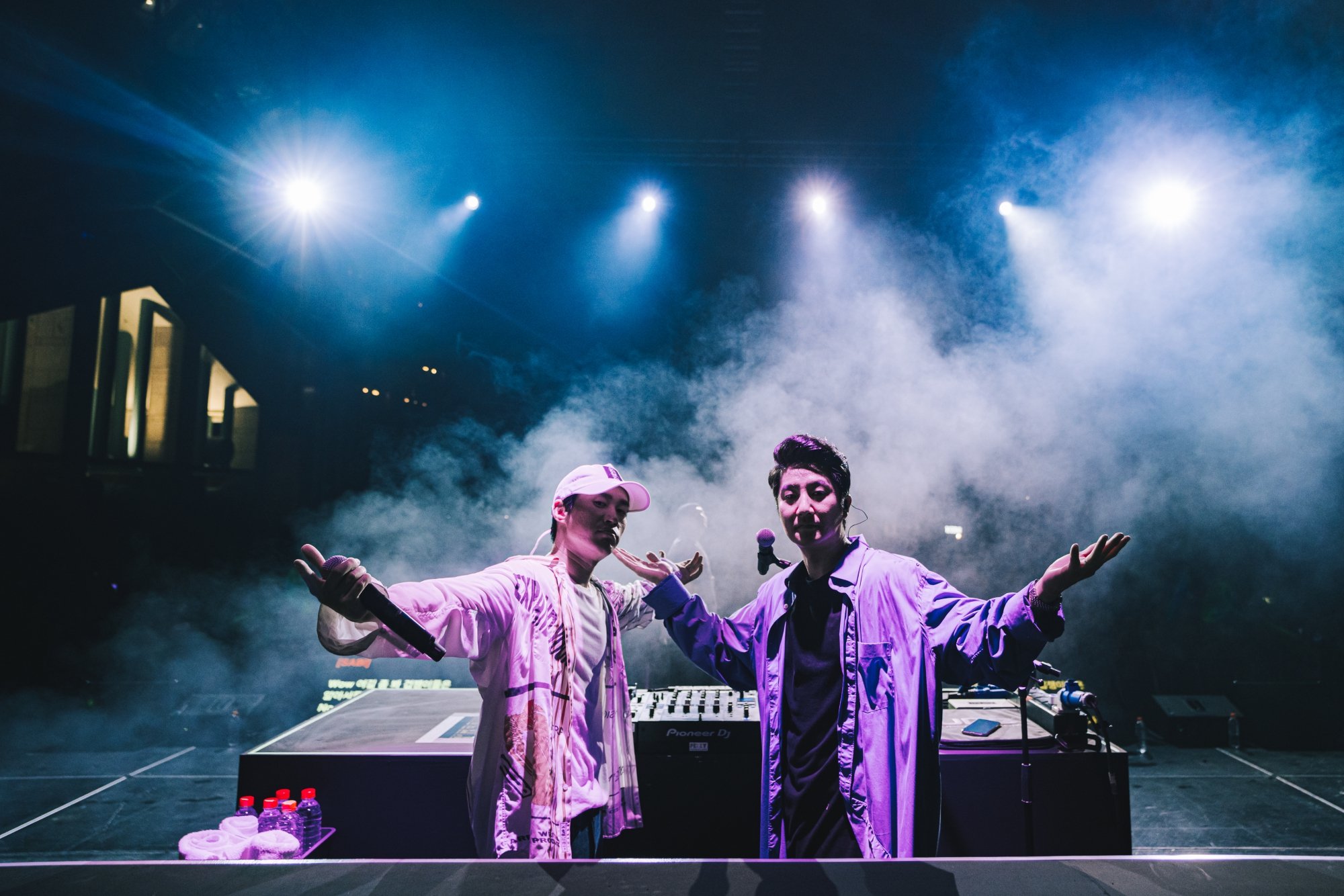 The trio ended the night on an explosive note with the perfect encore songs “Born Hater” and “Don’t Hate Me”, which had everyone in the crowd going wild and jumping along.

For fans who’ve attended, the concert definitely left an impact. And for those who missed out, it seems like you gotta keep your radar on for future show announcements as Epik High has reassured fans that they will be back in Singapore next year in 2020!