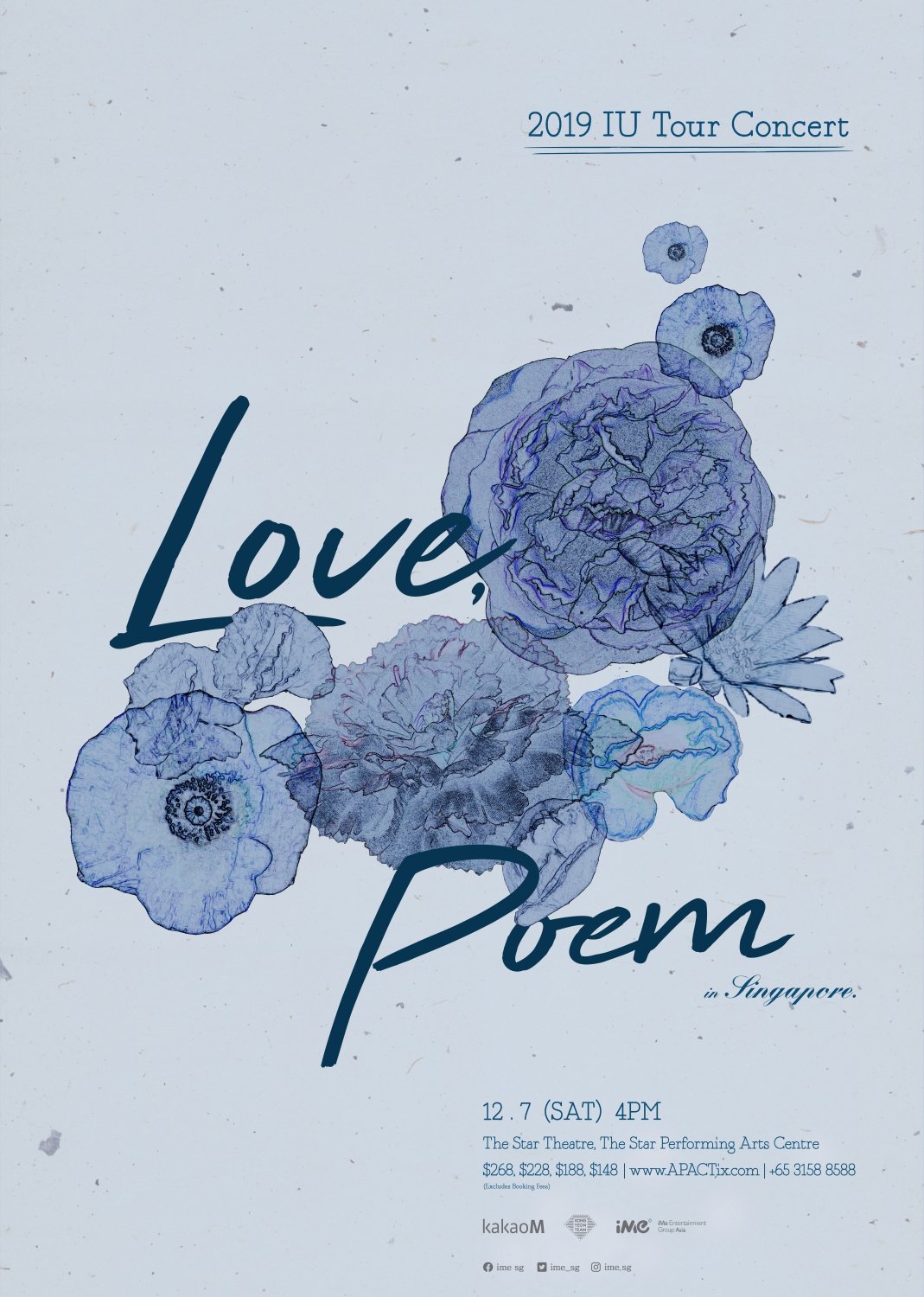 IU will be setting foot in Singapore for her solo concert at The Star Theatre this December 7 and the full ticketing details have been announced:

A 1-day SingTel priority sale will be taking place on 11 October from 10am to 11:59pm (find out more on SingTel’s FB page), while general public sale will commence on the following day, 12 October from 10am onwards via APACTix website, hotline (+65 3158 8588), islandwide SingPost outlets, The Star Performing Arts Centre Box Office and Singapore Indoor Stadium Box Office.

Check out the seatmap below: 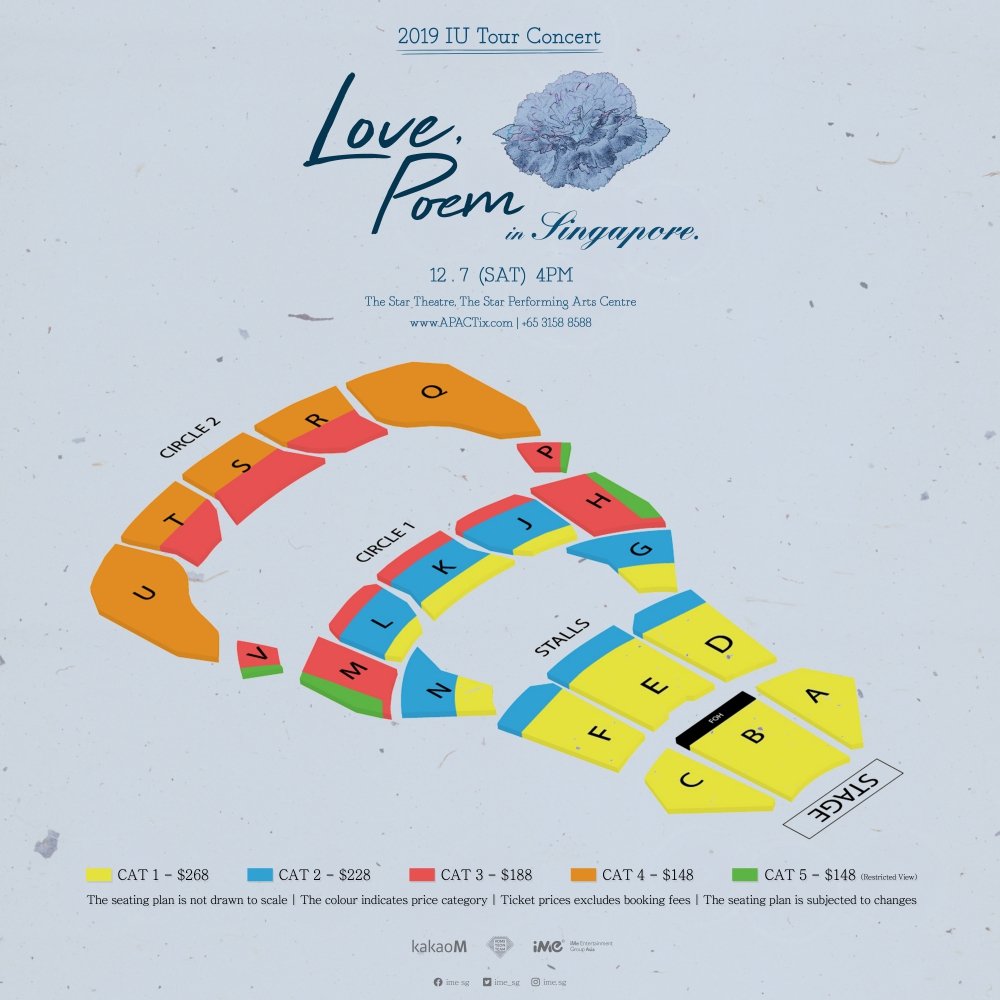 For the month of November and December, IU will be going on a concert tour to meet her fans around Asia! Named “Love, Poem”, the tour will kick off in Gwangju for 2 days on November 2 & 3, followed by other cities in South Korea such as Incheon, Busan and Seoul, before the singer makes her way to various stops in Asia.

After wrapping up the drama filming for “Hotel Del Luna”, IU has been making preparations for her 11th anniversary Fanmeeting which took place earlier today (Sep 21) in Korea at Kyung Hee University’s Grand Peace Palace. As expected, all 6,000 tickets to both shows were sold out as soon as the ticketing site was opened for booking, once again proving her explosive popularity.

IU is slated to hold her concert in Singapore this December 7 (Saturday) at The Star Theatre, and she will visit Taipei, Manila, Kuala Lumpur, Bangkok and Jakarta as well. Check out the dates and venues for other cities below:

Find out what went down at her sold-out 10th anniversary tour concert in Singapore last year:

In other news, her “Hotel Del Luna” co-star Yeo Jin Goo will also be making a special appearance in Singapore on September 23 as part of the tvN drama promotional tour.