Fans got to interact with their favourite idols as they walked down the red carpet in the afternoon, before a whole night of performances at the Singapore Indoor Stadium – it was truly an unforgettable weekend. Here’s what you may have missed on Day 1:

The exciting night kicked off with the first act, GFRIEND – who treated the audience with an 8-song set. The girls performed fan-favourite “Fingertip”, before raising the energy of the crowd with “Navillera”, “Life Is A Party” and “Vacation”. They truly knew how to set the mood for the night.

Yerin and Eunha even showed their aegyo (cuteness) for the lucky audience that night!

GFRIEND changed up the atmosphere and performed a ballad version of their hit “Rough”, showcasing their powerful vocals. The audience was in awe whenever main vocalist, Yuju, hit her powerful high notes. The girl group ended off their set with “A Starry Sky”, “Fever” and “Time For The Moon Night”. 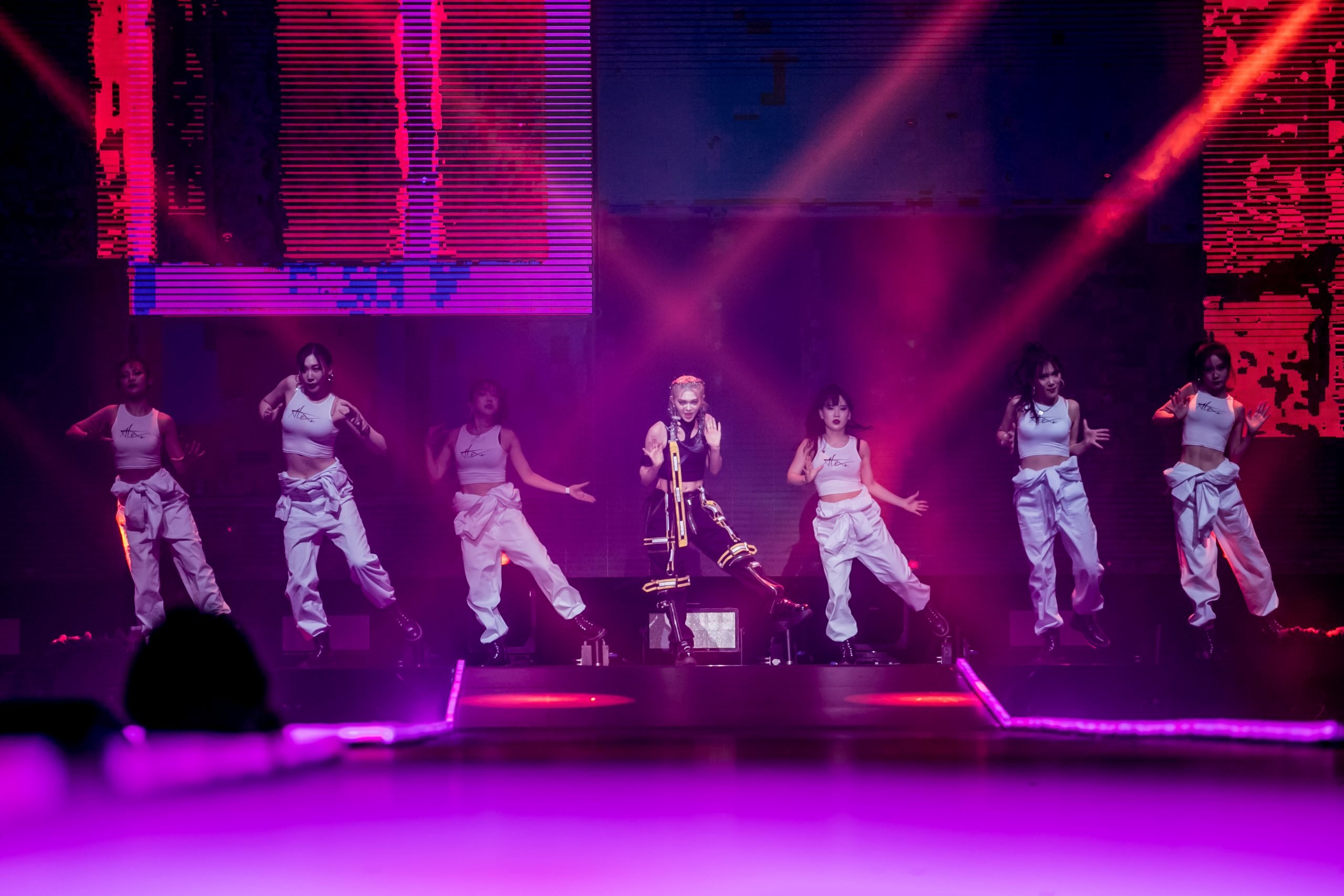 Former Produce 48 contestant, AleXa, made her strong debut on the Singapore stage with her debut single, “BOMB”, filling up the huge stage with her powerful dance moves and strong stage presence. At the red carpet, she encouraged everyone to add this upbeat song onto their workout playlists.

AleXa then busted out powerful dance covers of boy group numbers “DRAMARAMA” and “Warrior”, exuding confidence throughout the stadium. Despite having only just made her debut last month, AleXa proved that she is a force to be reckoned with.

Next up was Ha Sungwoon – who made his return to Singapore, but this time as a soloist. He performed his debut track “Bird”, followed by “Tell Me I Love You”, immediately captivating the crowd with his soothing vocals.

He continued his set with “Don’t Forget”, “Bluemaze”, refreshing tune “Blue”, and lastly “What are you doing today?!”. Despite being a solo act, Ha Sungwoon filled up the entire stage that night with his natural charms and good looks. 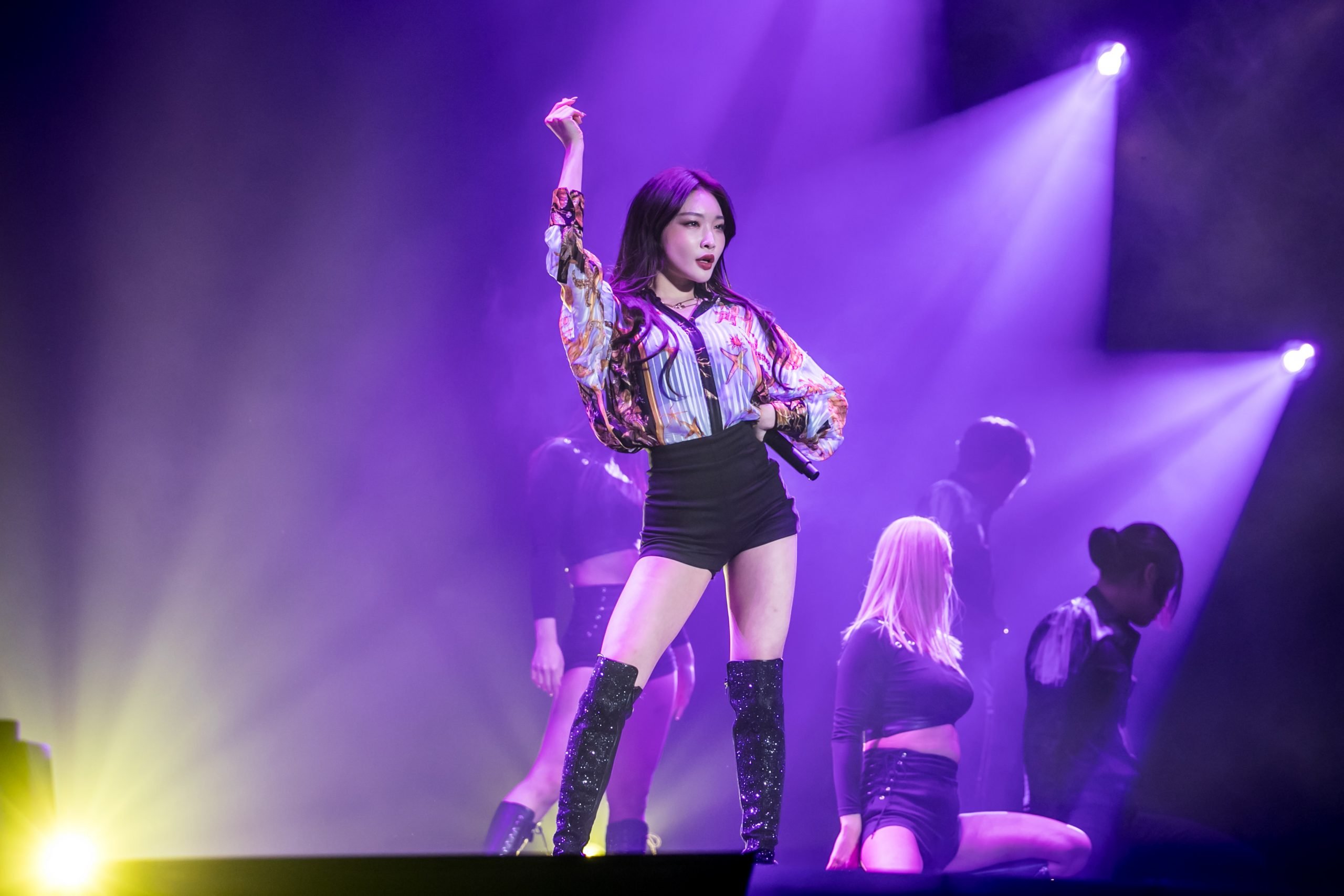 Dance queen Chungha took over the stage with her recent hit “Snapping”, showing off her amazing dance skills and power vocals. She exclaimed, “I always get the best energy in Singapore!”

Chungha got the entire audience singing along to “Gotta Go”, “Rollercoaster”, and her debut song “Why Don’t You Know” – songs proved to be loved by everyone, both fans and non-fans alike. The crowd went wild as Chungha ended off her set with “Bang Bang”, a performance in which she played a huge part creating the iconic choreography during her stint on Produce 101 back in 2016.

The last act for the night was NCT 127, kicking off their set with their hits “Fire Truck” and “Cherry Bomb”. Their perfectly synchronized dance moves and high energy proved why they receive so much love and attention not only in Singapore, but all around the world.

Just as we thought the cheers from the audience could not get any louder, NCTzens proved us wrong as their loud chants filled up the entire stadium when NCT 127 performed “Touch”, “Replay” and “Regular”. The sea of bright green light sticks, accompanied by the loud fan chants, was truly a sight that night.

“Even though we are not here (in Singapore), we will always be thankful, and we will always come back,” Mark said, before NCT 127 ended off the night with “Superhuman”.

Check out more photos from the red carpet event on both days: 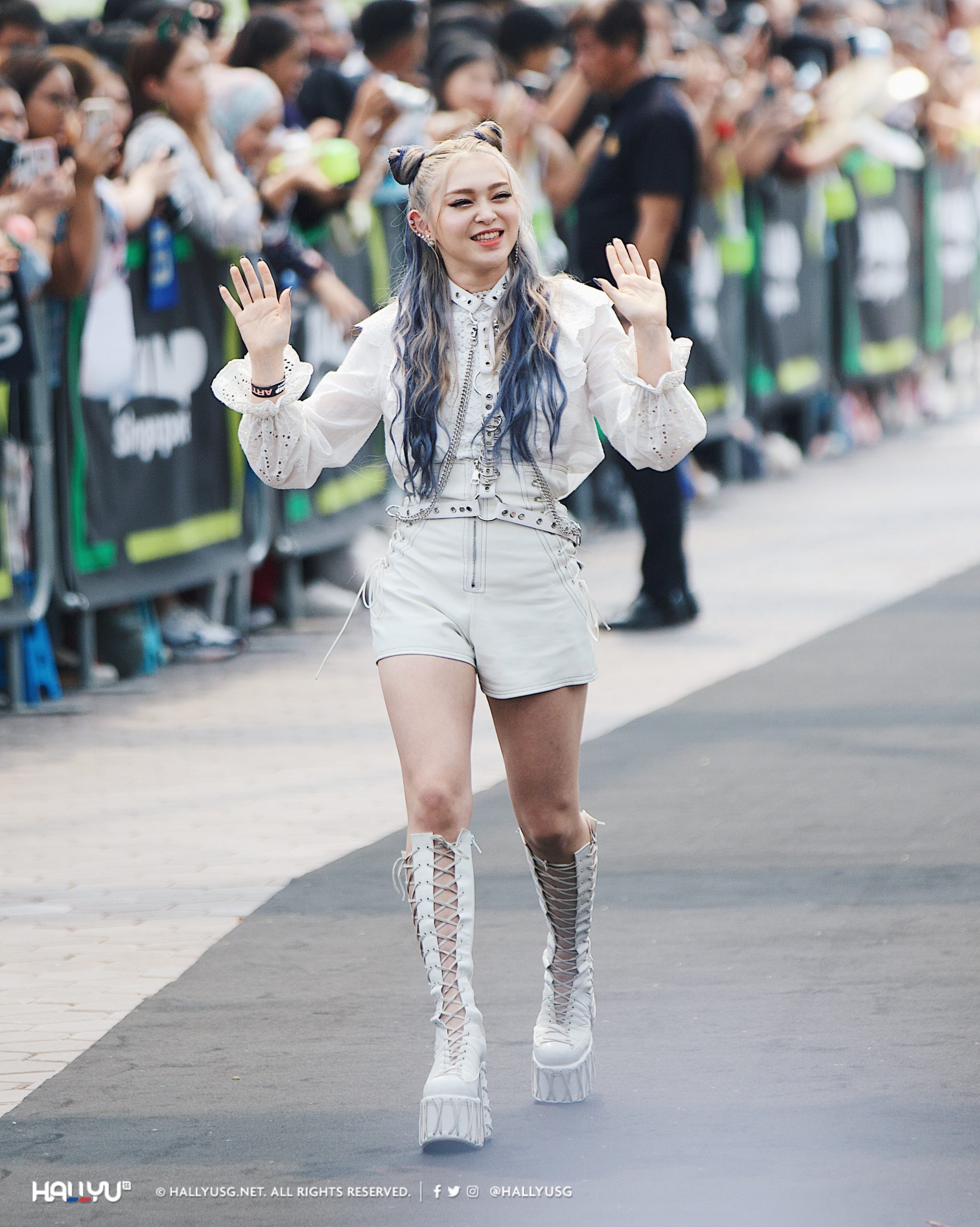 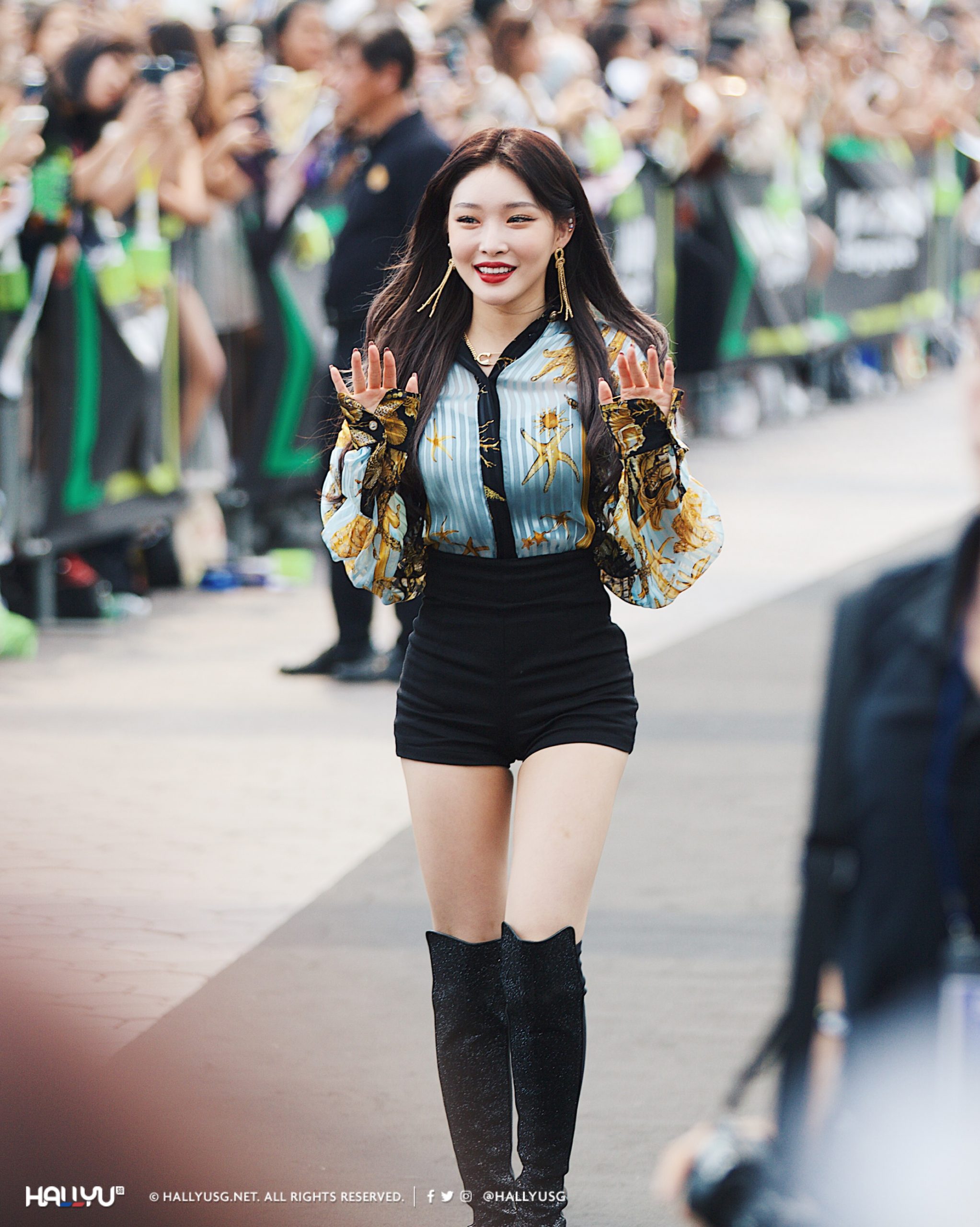 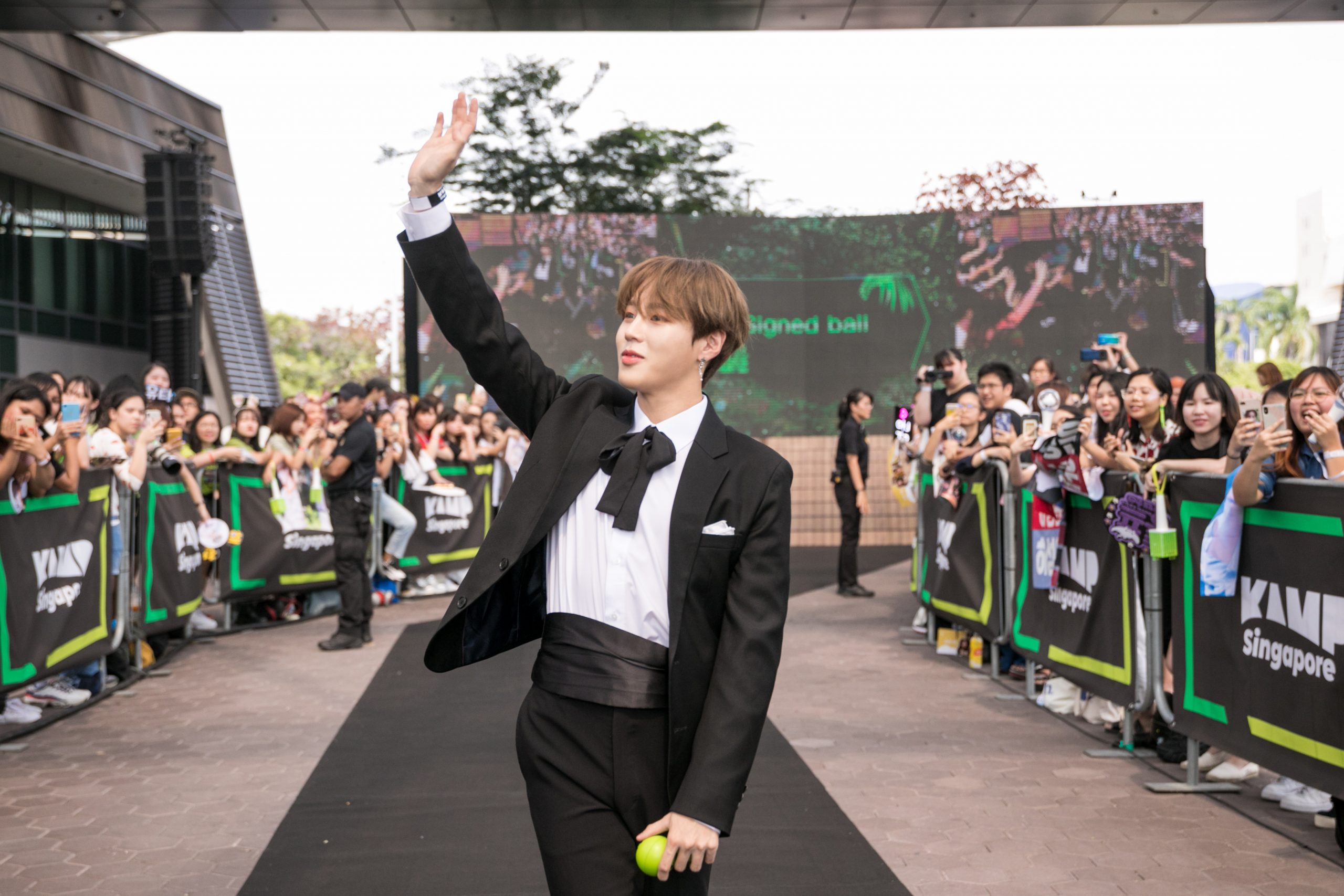 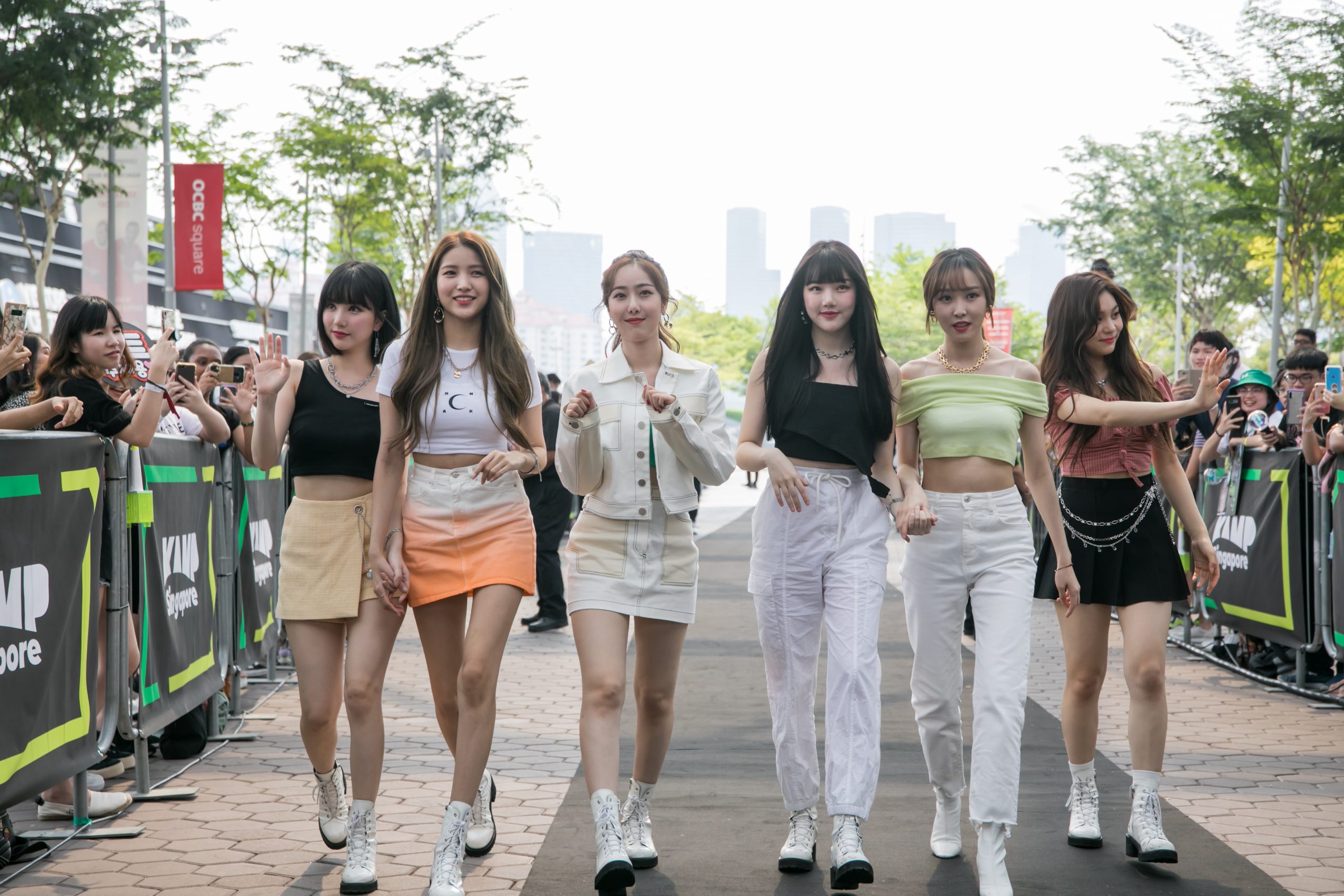 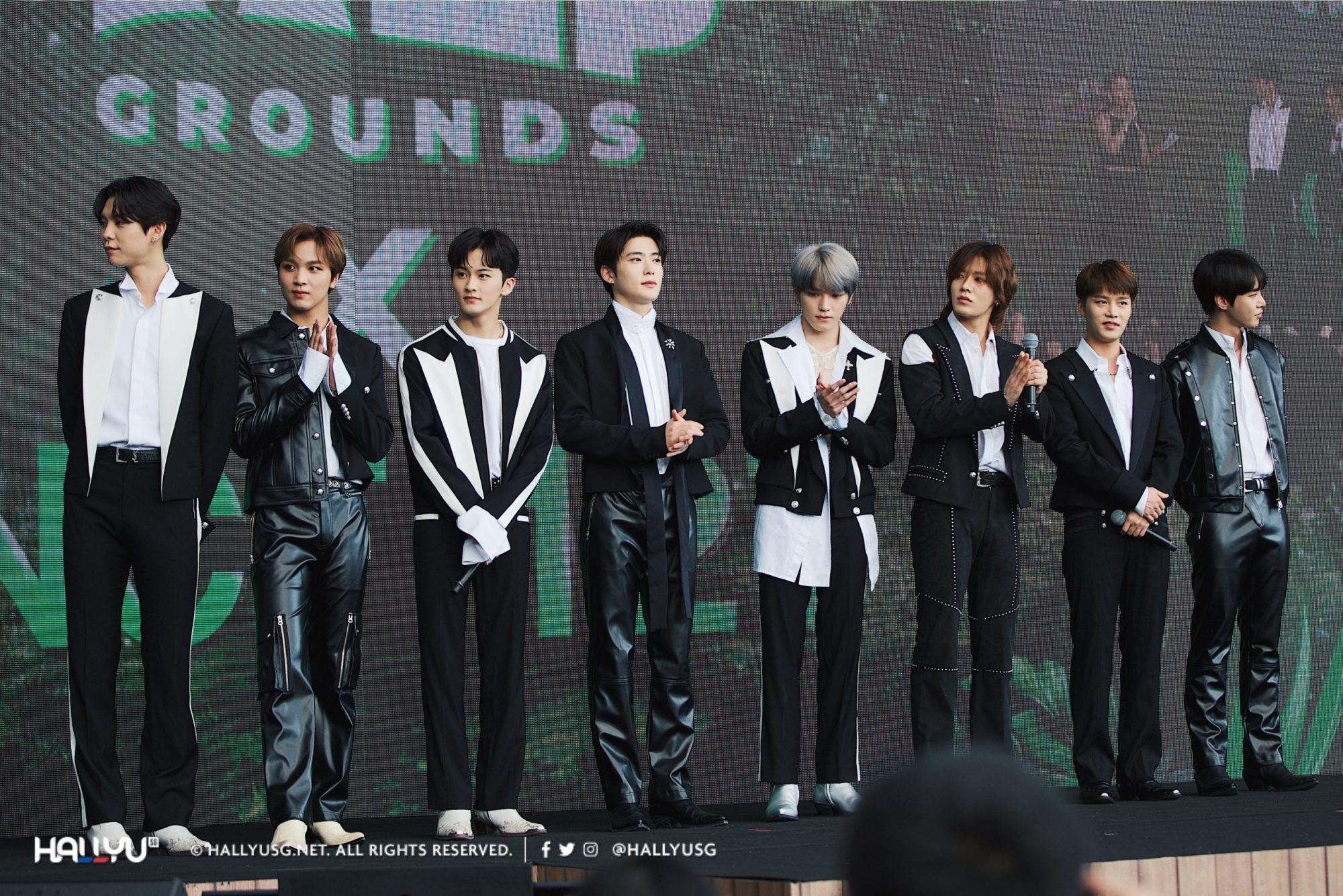 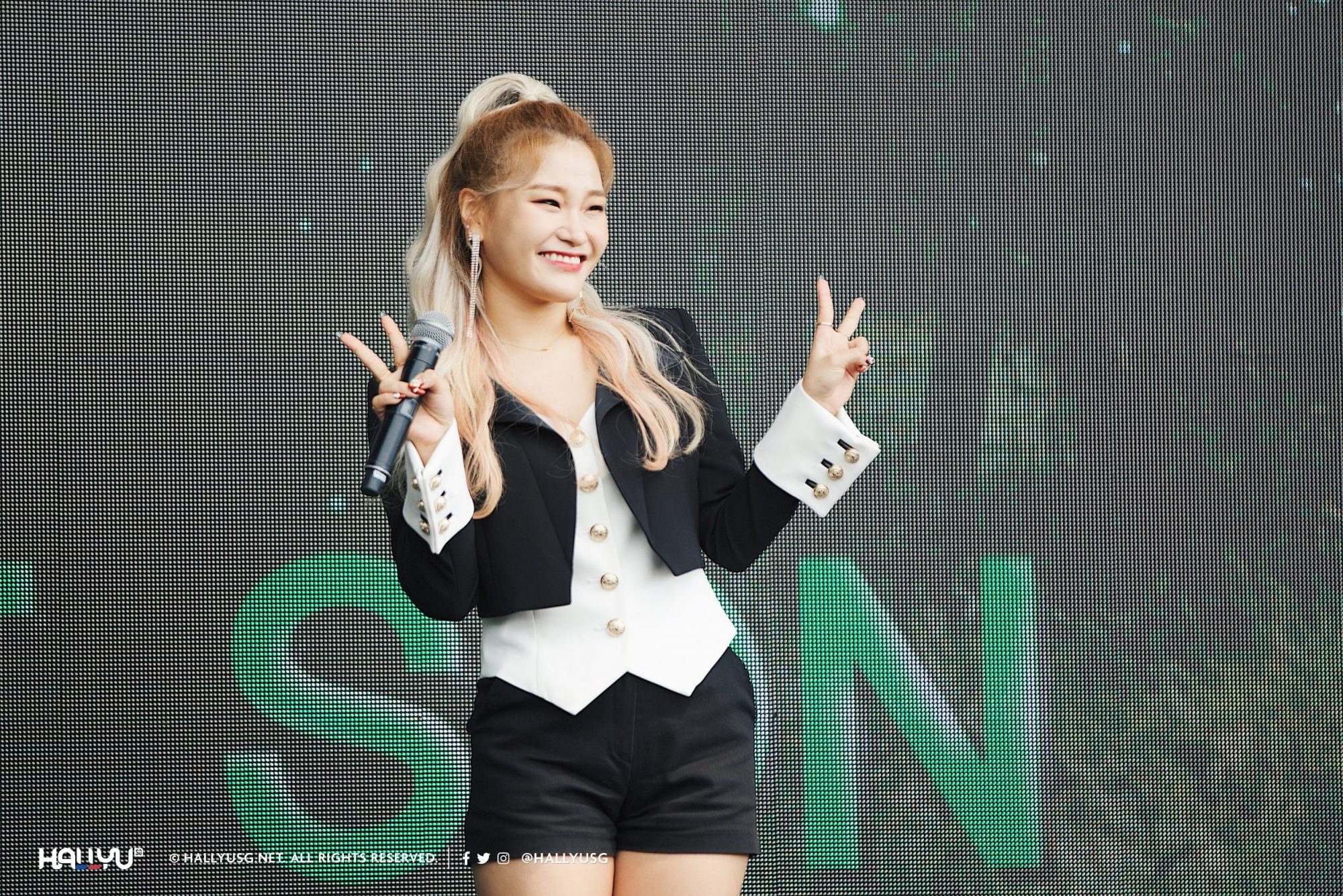 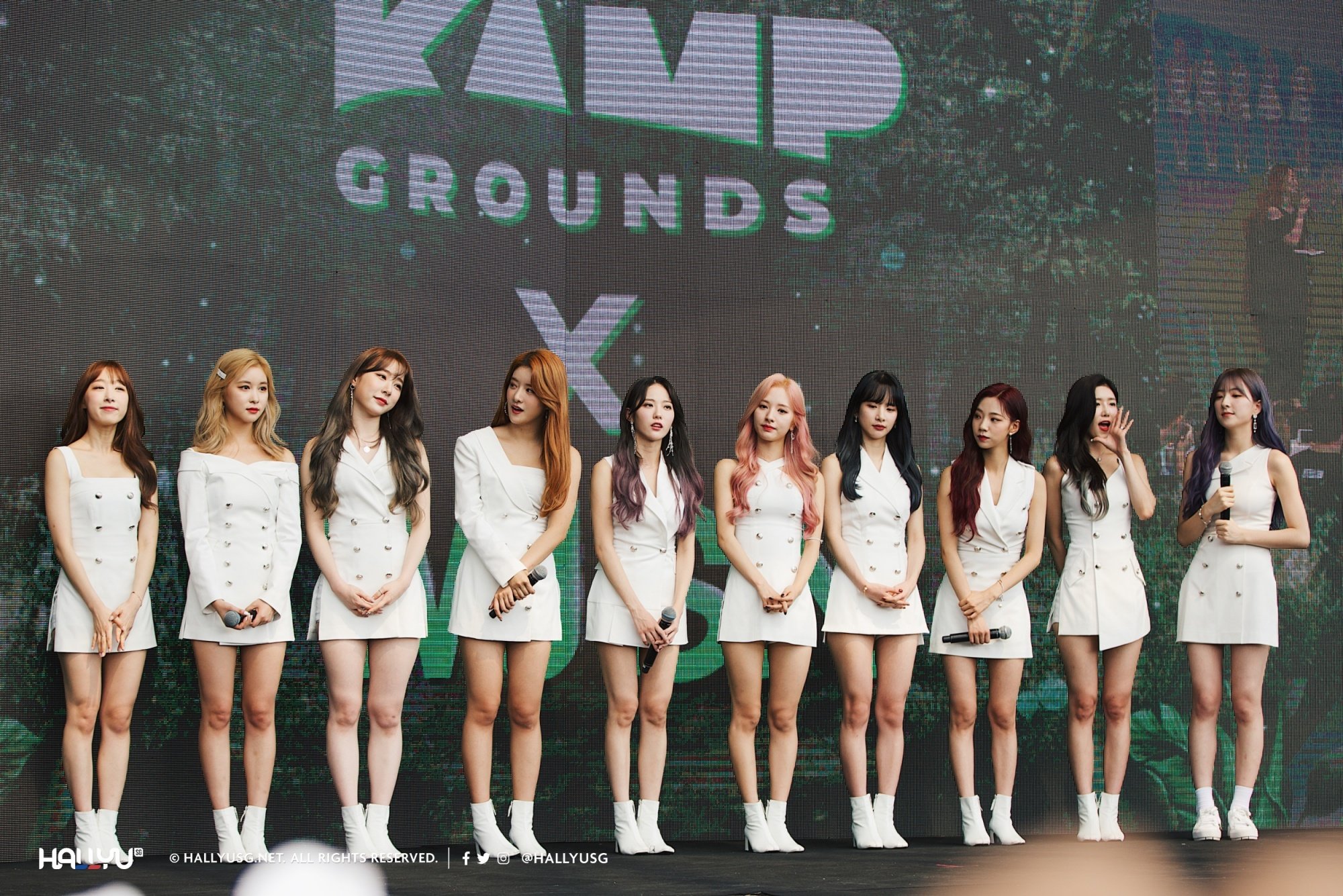 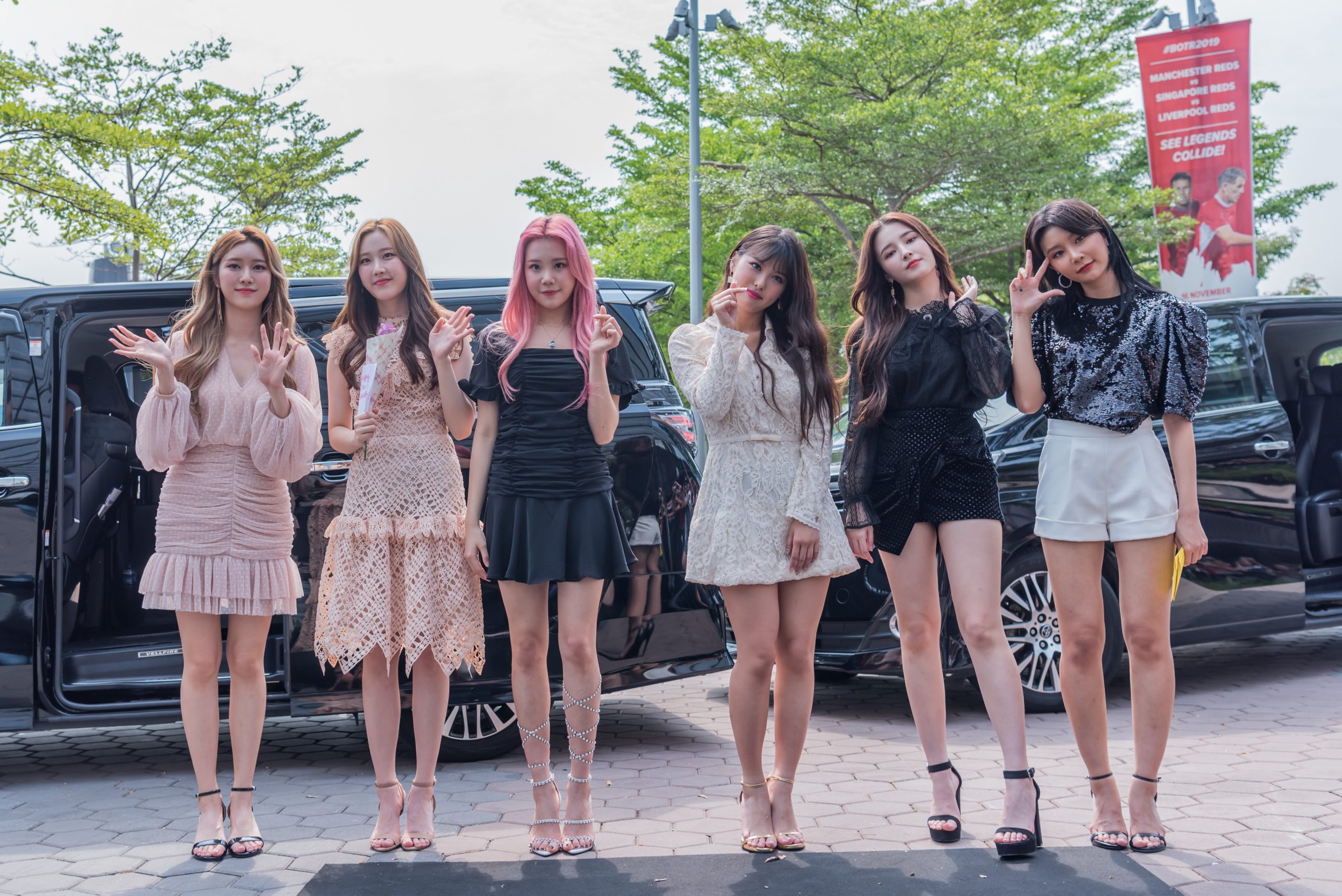 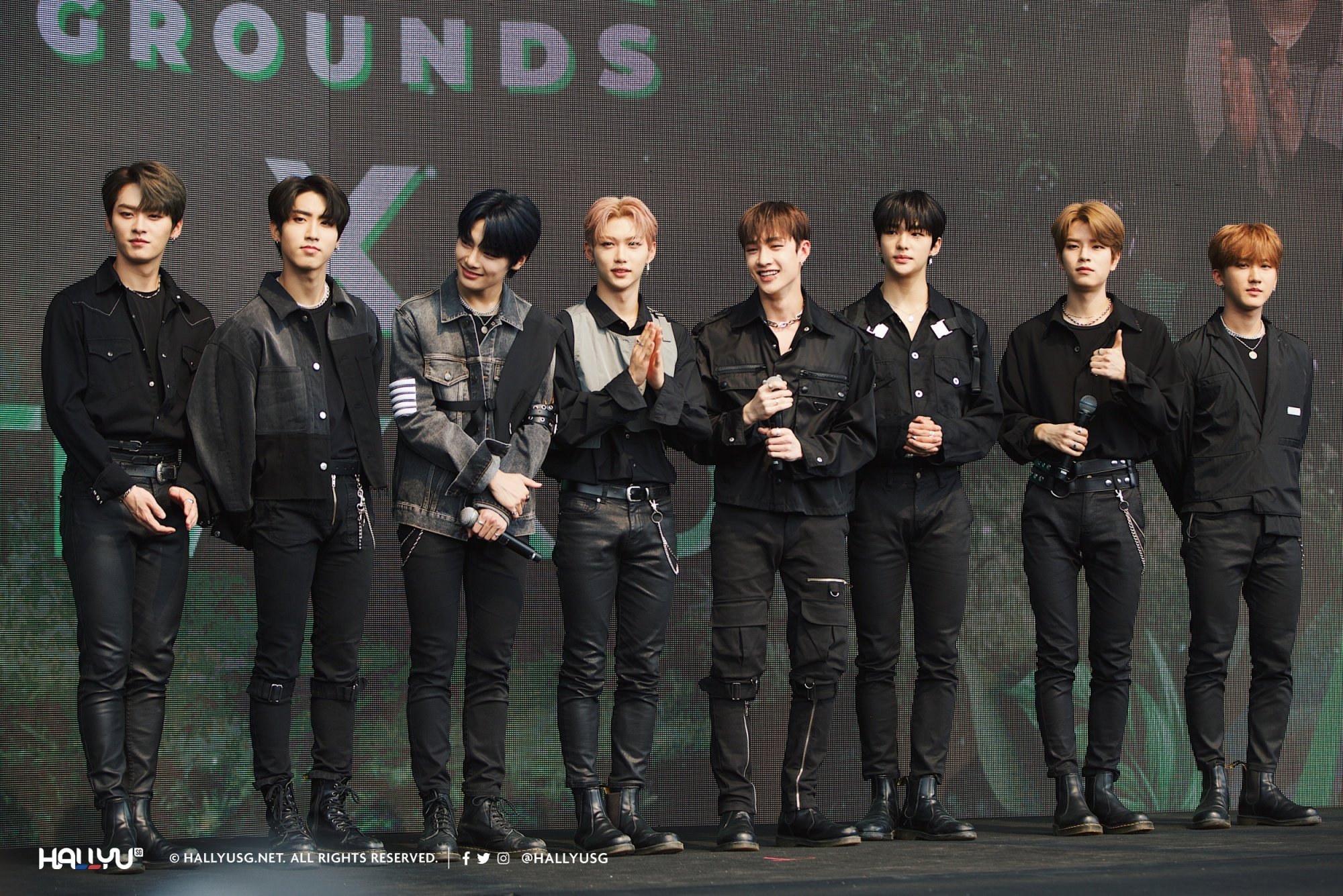 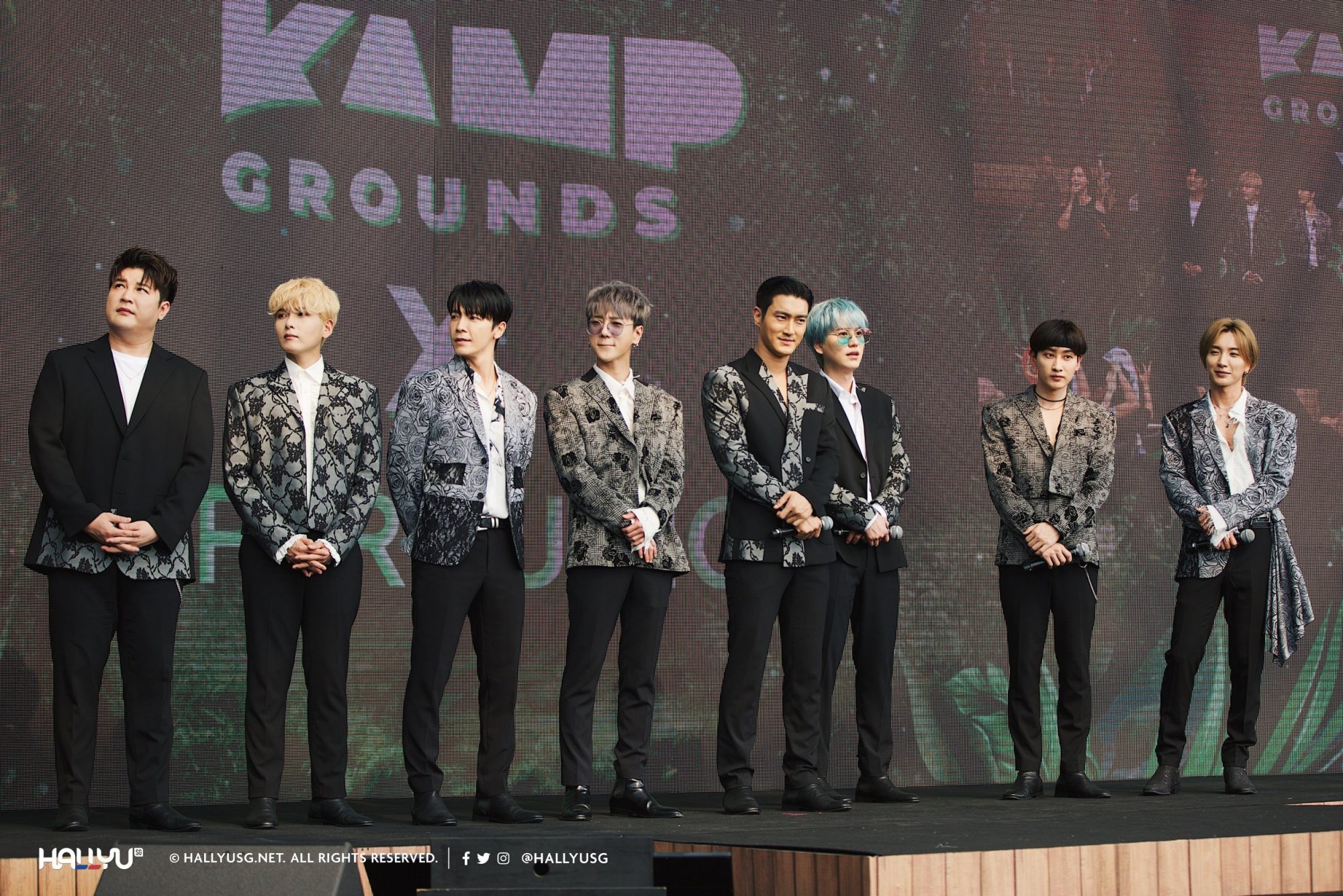