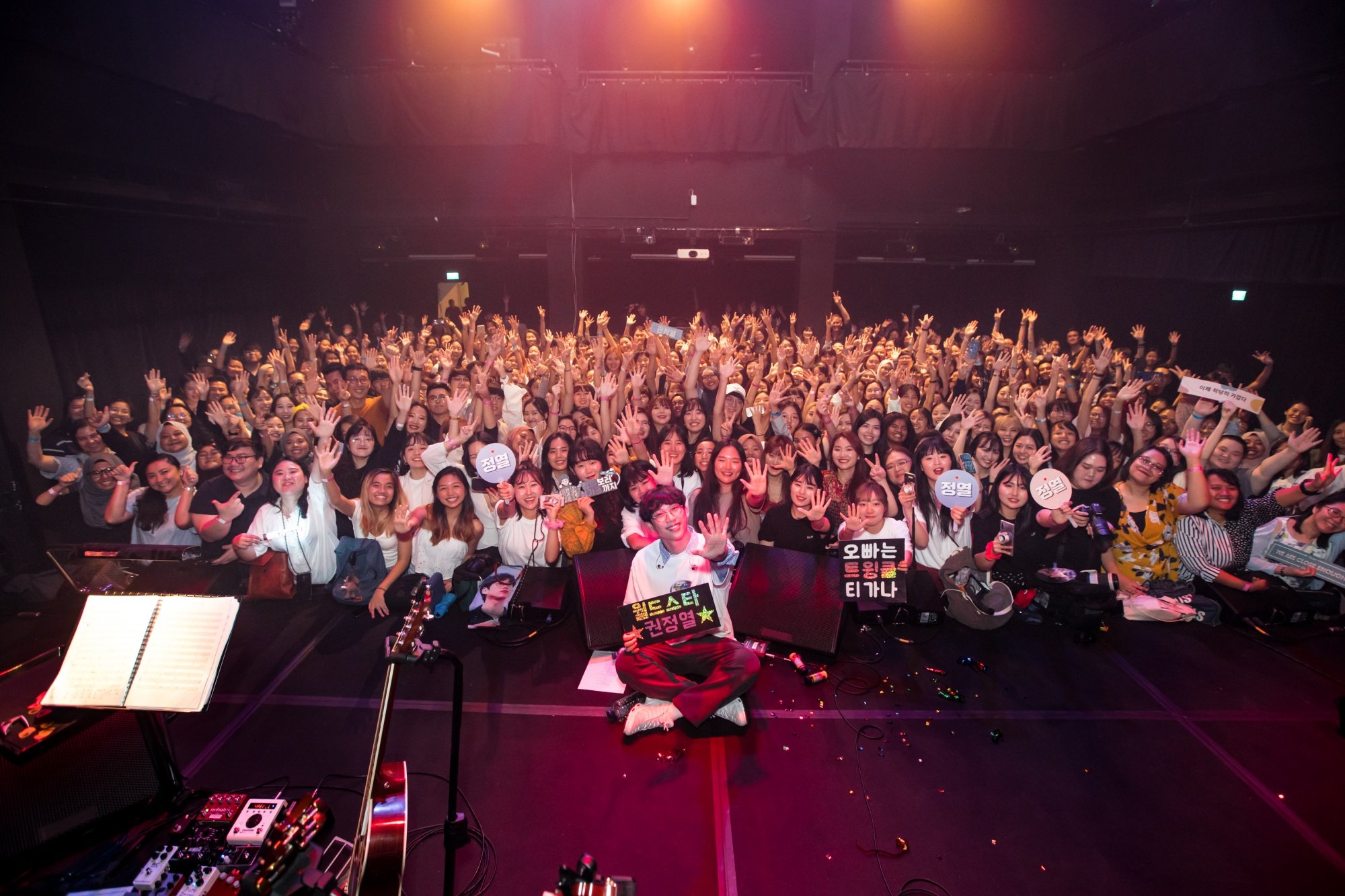 10cm (Kwon Jung-yeol), a Korean acoustic-folk indie singer, was in Singapore last Monday evening (18 November) for his long-awaited We Are Close Enough concert held at the Esplanade Annexe Studio, where he greeted Singapore fans for the very first time.

Taking the stage with his band, 10cm started off the night with the much-loved “It’s So Nice”. He also performed the crowd-favourite “Americano” which shot him to stardom in the Korean indie scene, and “What The Spring?”, one of the most popular songs to listen all year round. 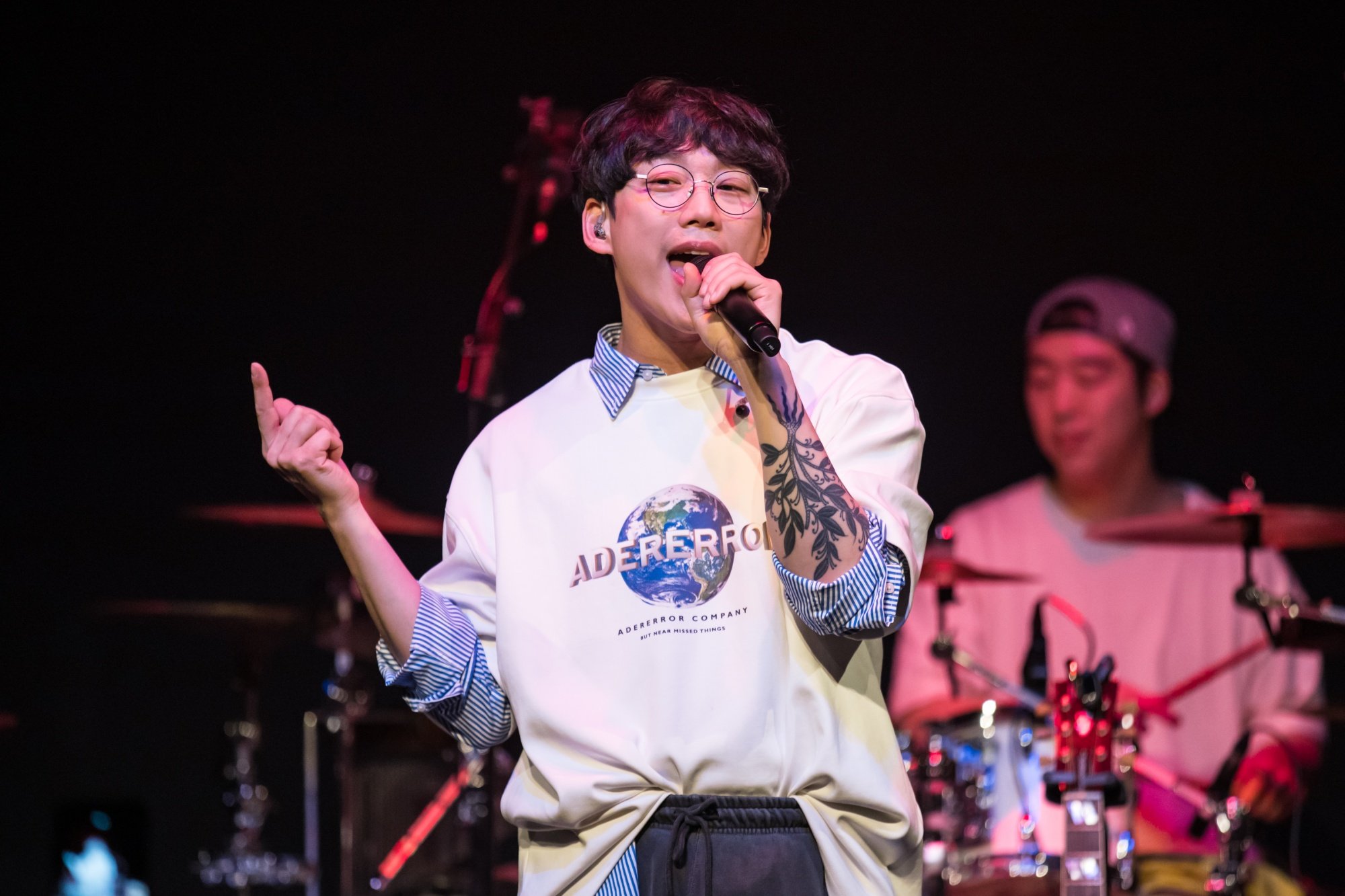 10cm’s songs are known to the general public as being lively and cheeky, with catchy tongue-in-cheek lyrics. However, fans would know that the singer also has many honest, emotional songs as well. He performed some of these slower songs during the concert, such as “Stars”, “However”, and of course the classic, “Stalker”. 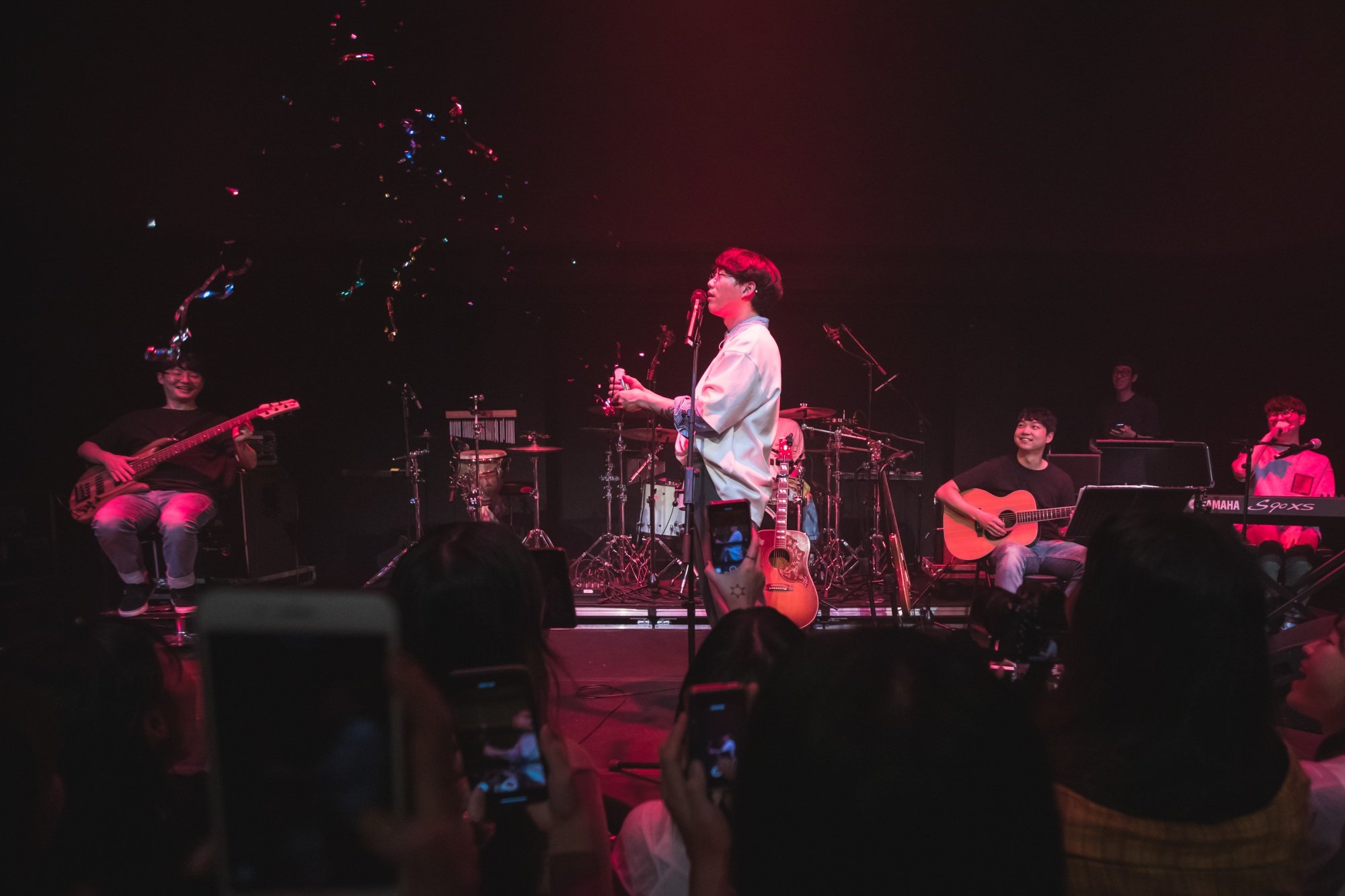 Belting out “Kingstar”, a track from one of his older albums, Kwon sent the audience into fits of laughter when he specifically requested for red stage lights to capture the sexy, mischievous vibe of the song.

The singer revealed that it has been a long time since he last performed in a small and cozy venue, but he loved it as he was able to see every single face in the studio, making each performance much more intimate and engaging for his fans. 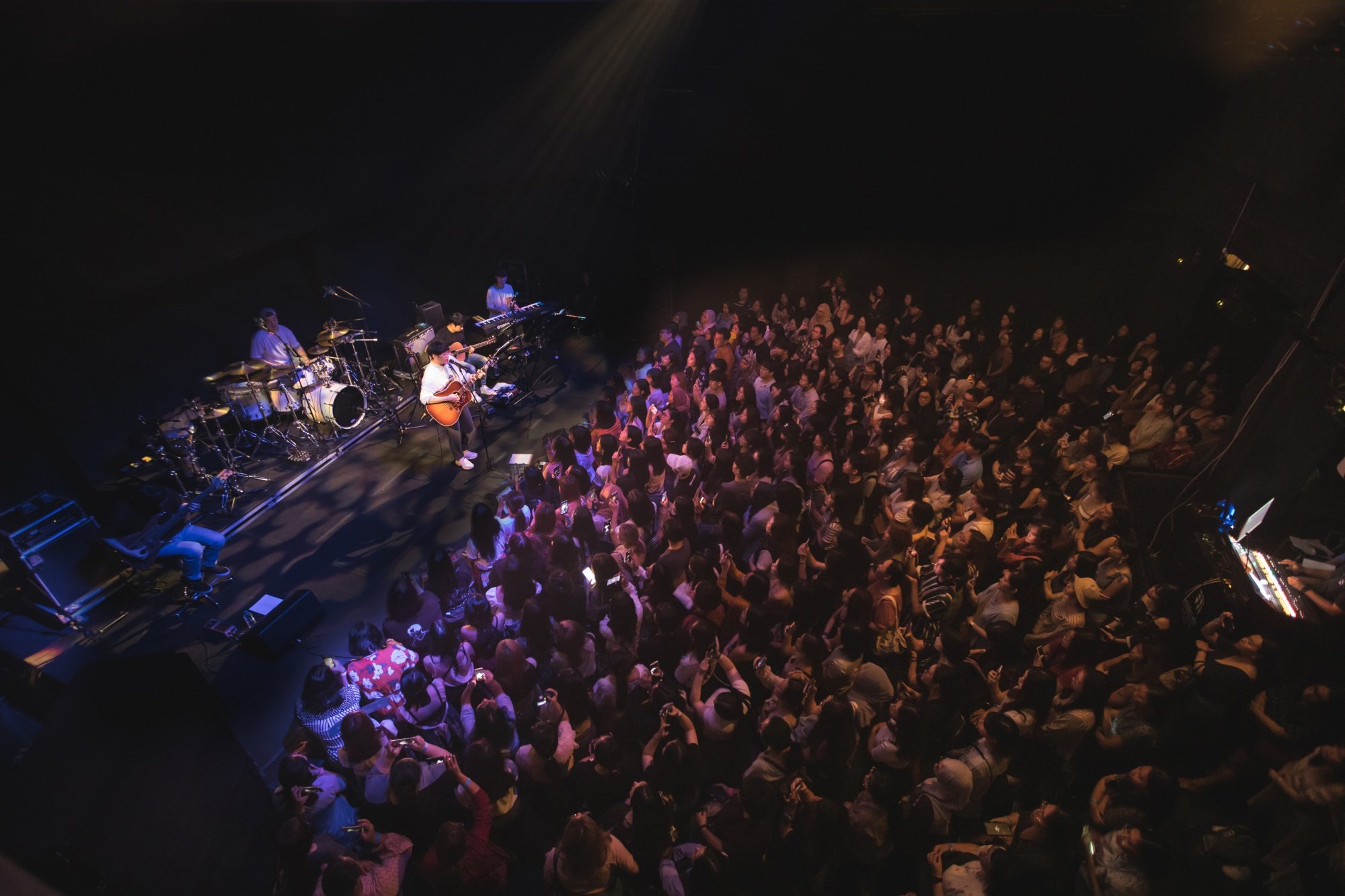 Besides his own hit tracks, Kwon is known to have lent his voice to many popular drama OSTs, and fans were definitely excited to see him perform “Lean On Me” from Hotel del Luna, as well as “My Eyes” from Guardian: The Lonely and Great God (more commonly known as “Goblin”).

Between each song, Kwon interacted so much with the audience and there was so much laughter – Fans were definitely glad to be able to see various sides of him.

Kwon also shared about several unique traits of his shows. Firstly, he enjoys taking fans on a rollercoaster of emotions by performing an upbeat song, followed by a slow ballad, then an upbeat one again. Secondly, he does not go offstage before the encore as he feels he could use the additional time to perform more songs for the audience. 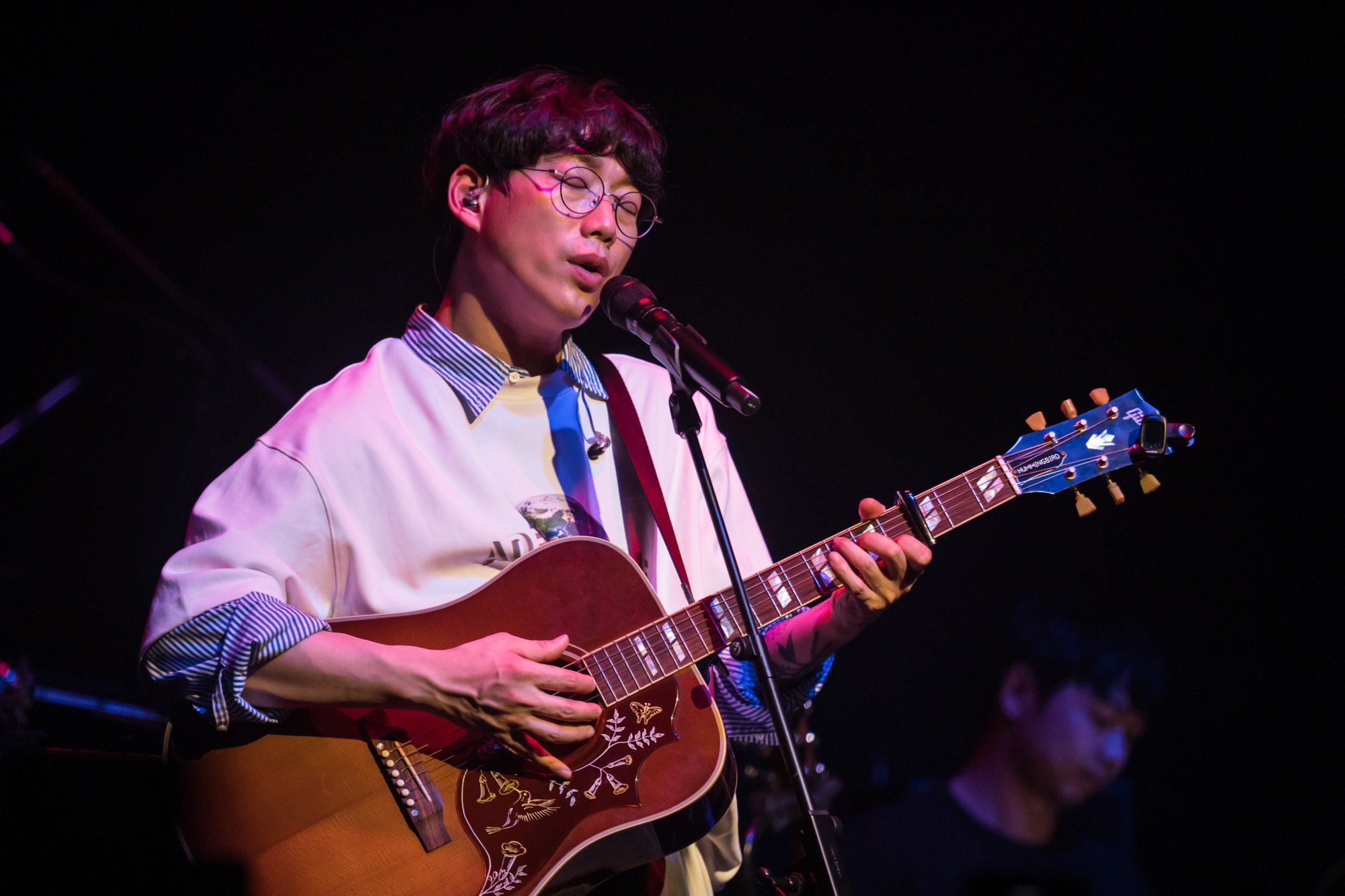 The night came to an end as Kwon picked up his acoustic guitar and performed stripped-down versions of some fan-favourites that include “That’s Not…”, “Everything” and “Nothing Without You”, and he even sang a snippet of IU’s “Through The Night”!

10cm’s unique sound, witty lyrics and engaging performance style has truly allowed him to cement his place in the Korean indie scene. He promised to be back soon with new music and we absolutely cannot wait! In the meantime, check out our interview with Kwon to get to know him better.

Special thanks to Mode Entertainment for the invite and photos!

[Interview] 10 Questions about 10cm You May Not Have Known