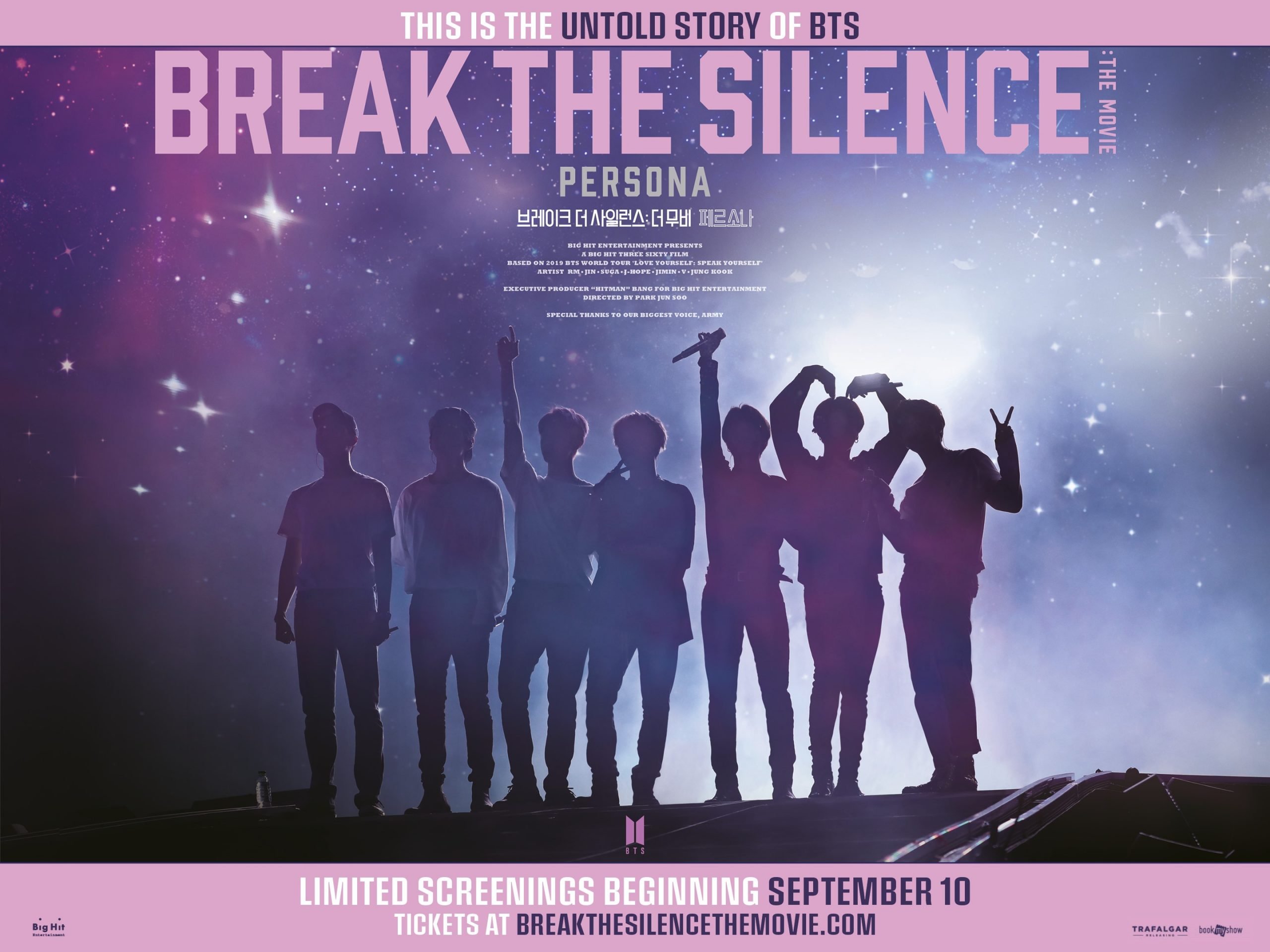 An upcoming BTS’ feature film, BREAK THE SILENCE: THE MOVIE, will be screening at all GV cinemas from 10 September 2020 onwards.

BREAK THE SILENCE: THE MOVIE focuses on the sensational septet’s first international Love Yourself: Speak Yourself World Tour and provide fans with an insight on each member. Viewers will get a behind-the-curtain experience as RM, Jimin, Suga, Jungkook, V, Jin and J-Hope share their untold personal stories.

The boys performed in various cities such as Los Angeles, Chicago, New York, Sao Paulo, London, Paris, Osaka, Shizuoka, Riyadh and Seoul. The world tour also saw the boyband topping the Billboard Boxscore, as well as making history by being the first Korean music group to perform at Wembley Stadium in the UK.

Fans can catch BREAK THE SILENCE: THE MOVIE at GV Cinemas & advance tickets for screenings are available for purchase now. Tickets are priced at $22 for GV Movie Club members and $24 for the public.

In addition, ticket holders can redeem a free limited edition commemorative postcard with every ticket purchased (whilst stocks last).

[K-MOVIE] 'The Handmaiden' to premiere in Singapore this July

BTS ‘Burn the Stage: The Movie’ will be screened in Singapore this November