Actors Nam Joo-hyuk, Bae Suzy, Kang Han-na and Kim Seon-ho have teamed up for an upcoming youth drama Start-Up, which is set to premiere this 17 October on Netflix and tvN.

A heartwarming story about youths and their dreams, this new drama series boasts an incredible line-up of actors and follows the inspiring stories of the drama characters. It is directed by Oh Choong-hwan, the director behind popular K-dramas Hotel Del Luna and While You Were Sleeping, and written by Park Hye-ryun, who is known for her famous works Dream High, I Can Hear Your Voice, Pinocchio and more.

In Start-Up, Bae Suzy plays Seo Dal-mi, who dreams of becoming the next Steve Jobs. On the other hand, Nam Joo-hyuk plays former kid math whiz Nam Do-san, the founder of a struggling company. They share a connection from years ago, and their paths cross again years later as they seek success and try to achieve their dreams at a place called Sand Box, where many start-up companies are.

At the Start-Up press conference held on 12 October afternoon, the actors spoke about their characters and answered questions on their impressions of the drama and chemistry on set.

Read on to find out what went down during the press conference! 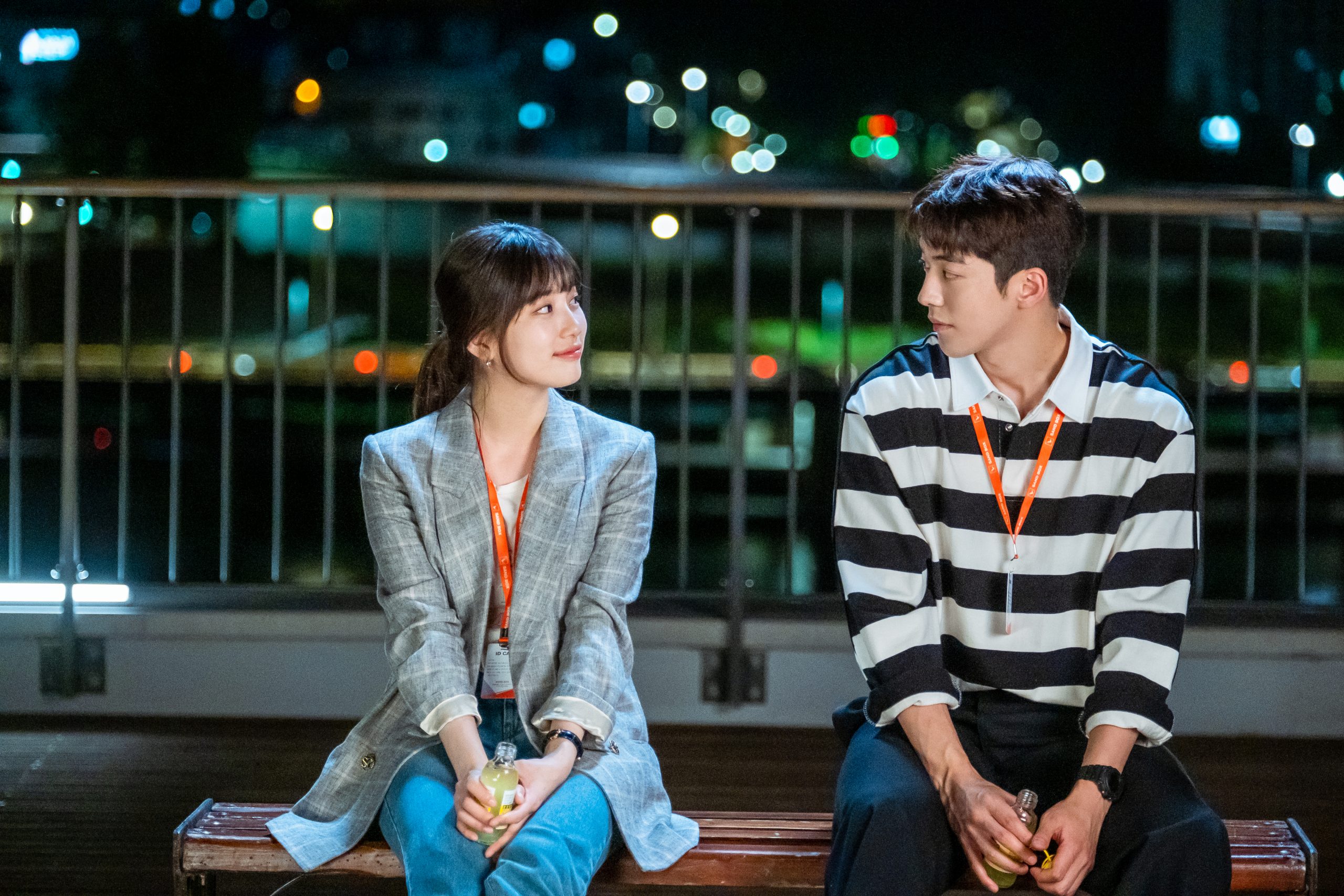 Q: What was your impression after reading the script for the first time? What makes you decide to star in this drama?

Suzy: I was drawn to the story when I first read the script. It begins with a pretty complex relationship among the characters and I was excited to find out how the story will develop in the drama. The drama aims to deliver an encouraging message to youths—at the same time I also wanted to encourage youths of my age (to pursue their dreams), that’s why I decided to join this project. It has a heartwarming story.

Nam Joo-hyuk: When I first read the drama synopsis, I feel that my character (Nam Do-san) is incomplete. I thought I could add on more and complete this character if I were to take on the role. Right now he seems to be lacking a lot, but he’s going to grow as the story unfolds. Personally I also feel a lot of emotions in my life so I saw some kind of similarities between myself and my character.

Kim Seon-ho: I was very excited reading the script and can’t help wanting to continue reading at the end of each episode. I felt extremely comfortable about the story and my character (Han Ji-pyeong); it’s really heartwarming and encouraging.

Q: Are there any similarities between you and your character? Any personal goal in playing this role?

Kang Han-na: In terms of similarities, I think I’m someone with a strong resolution. Once I decide to do something, I’ll make sure to follow through and get it done. That’s a common trait between me and my character, Won In-jae.

In-jae is an amazing businesswoman with a powerful character, but deep down I actually feel sympathetic towards her. I hope viewers will be able to relate to the character and cheer on for her personal happiness.

Q: You play a nerdy character in this drama. Did you have to do any preparations for this role and his visual appearance?

Nam Joo-hyuk: As I was working on this drama, I had the opportunity to look back on myself in the past and also my future because I could really relate with the character (Nam Do-san). It wasn’t particularly difficult portraying the nerdy character because I am one to begin with! I thought of how to portray him better, but then I realised that a nerd is in me all along, so I decided to show the nerdy qualities in me. 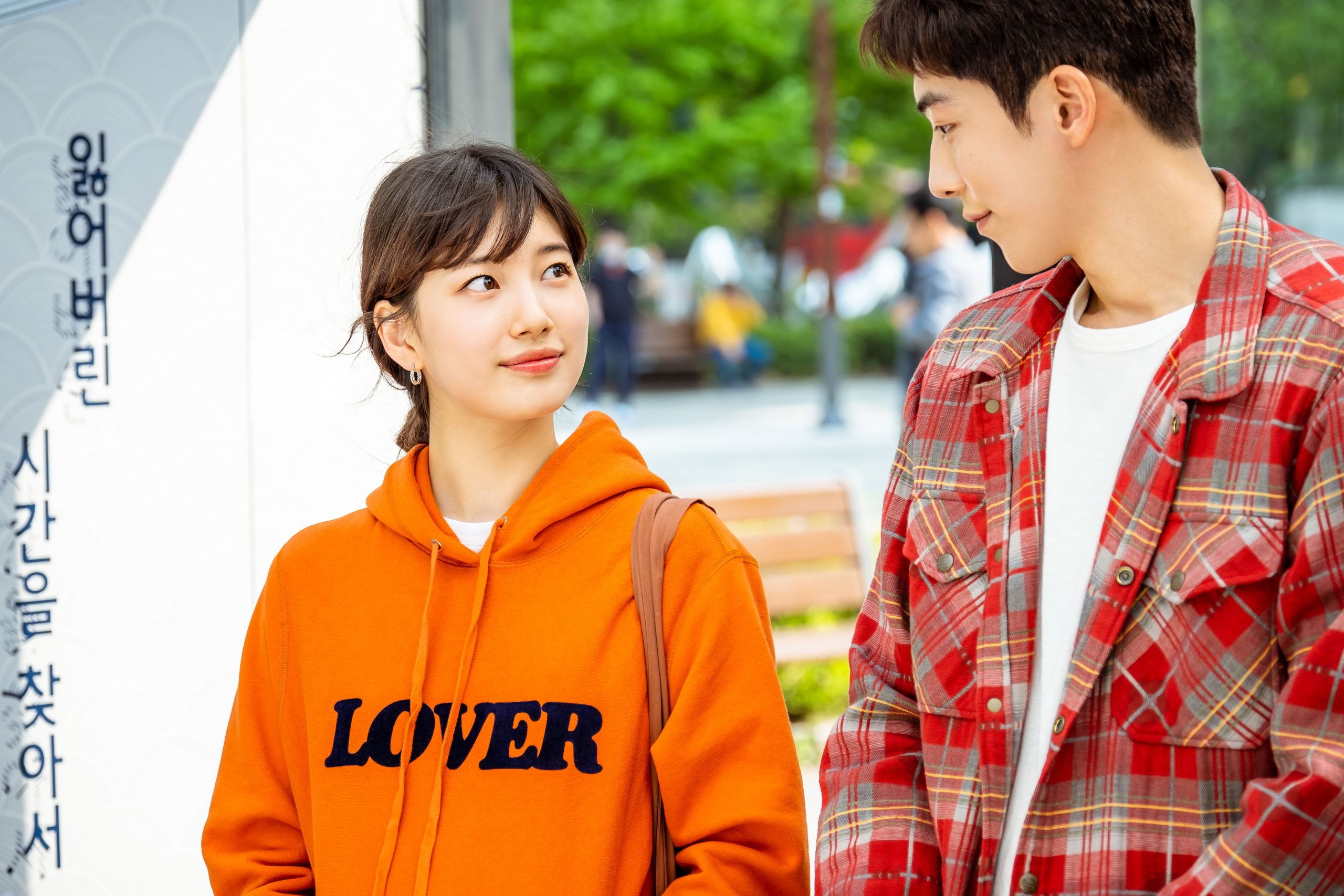 Q: How would you rate your chemistry with Nam Joo-hyuk?

Suzy: When I first met him on set, he has this great energy that created a lot of synergy between us. He is just like his character Do-san, so I was able to immerse myself in my role thanks to him. When we appear together, you could see that the characters are very bright and bubbly, and it creates a beautiful scene. I hope this will cheer many people up when they watch it.

Q: It seems like viewers can look forward to some bromance in the drama?

Nam Joo-hyuk: When you look at Do-san and Ji-pyeong’s relationship, it’s difficult to even get along in real life. I don’t even know how to describe it… Do-san is not someone that you’ll come across in your everyday life.

Kim Seon-ho: I met Joo-hyuk through this series. He’s just very real and sincere about everything. It was really fun on set. Sometimes he’d do improvisations in his lines and it’s amazing to see him acting as himself. There were many times we just ended up breaking into laughter because of that!

Finally, Director Oh concludes about the drama, “All four characters have their own stories as they go through different challenges in life. They grow up, meet, and love within the same box. The story elements of having a vision and dream, working hard towards one’s dream, teaches us a lot of lessons in life. I hope to deliver a beautiful story with heart fluttering excitement to the viewers through Start-Up.”

Start-Up is set to launch on Netflix this 17 October at 9:30pm (GMT+8) with new episodes every Saturday and Sunday. Be sure to tune in to catch this rom-com series!

Special thanks to Netflix for the invitation to the virtual press conference of Start-Up.