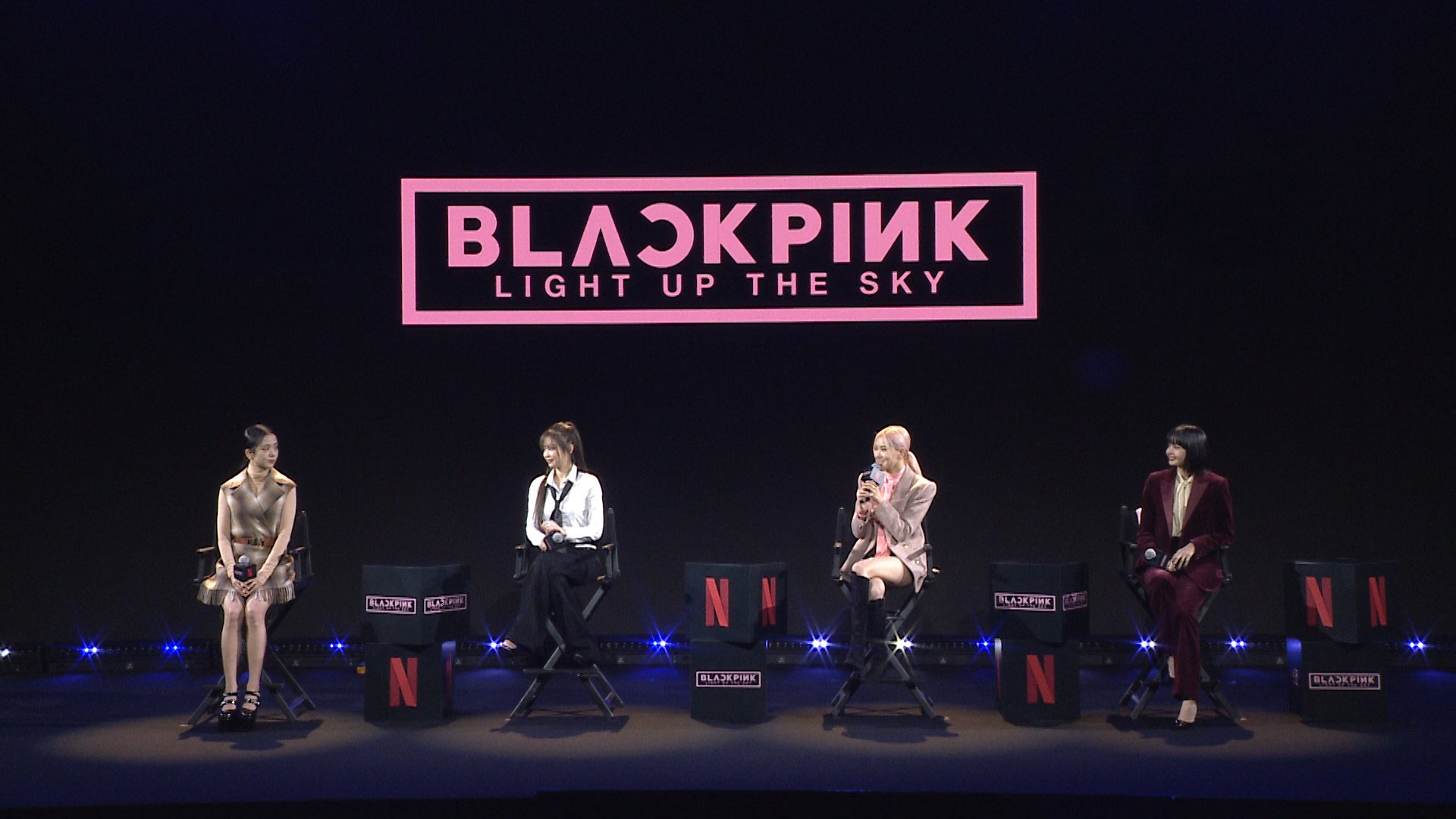 BLACKPINK will be releasing their documentary film ‘BLACKPINK: LIGHT UP THE SKY‘ exclusively on Netflix today, October 14.

This documentary marks the first ever Netflix original documentary for a K-pop group, and it will feature never-before-seen footages and unfiltered sides of BLACKPINK—from their trainee days to the global success that they are enjoying now. 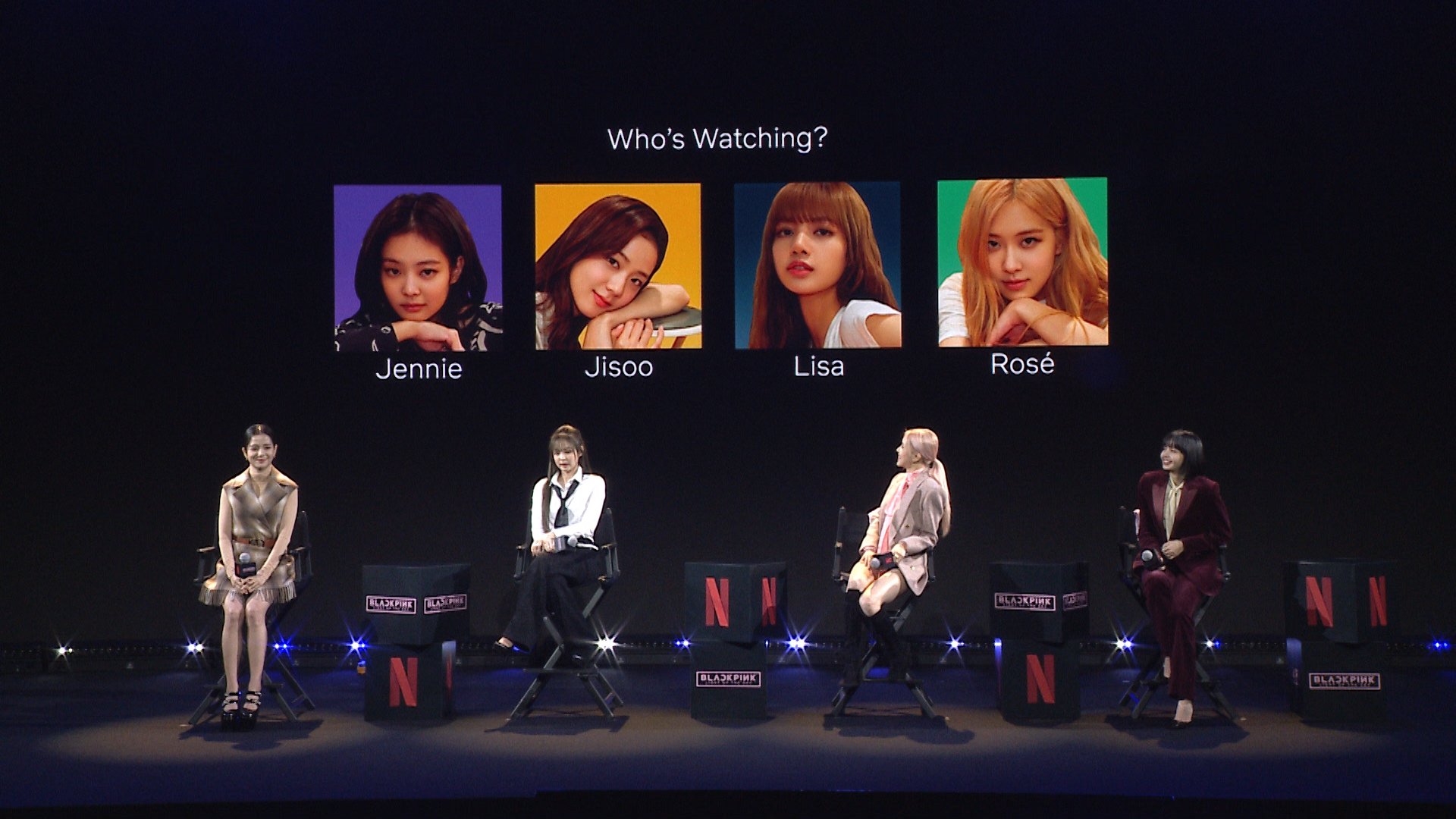 To celebrate the premiere, Netflix will be releasing BLACKPINK-themed icons on their application, where fans can select their favourite member’s icon as their profile picture.

Read on to check out BLACKPINK’s interview at LIGHT UP THE SKY press conference held on October 13! 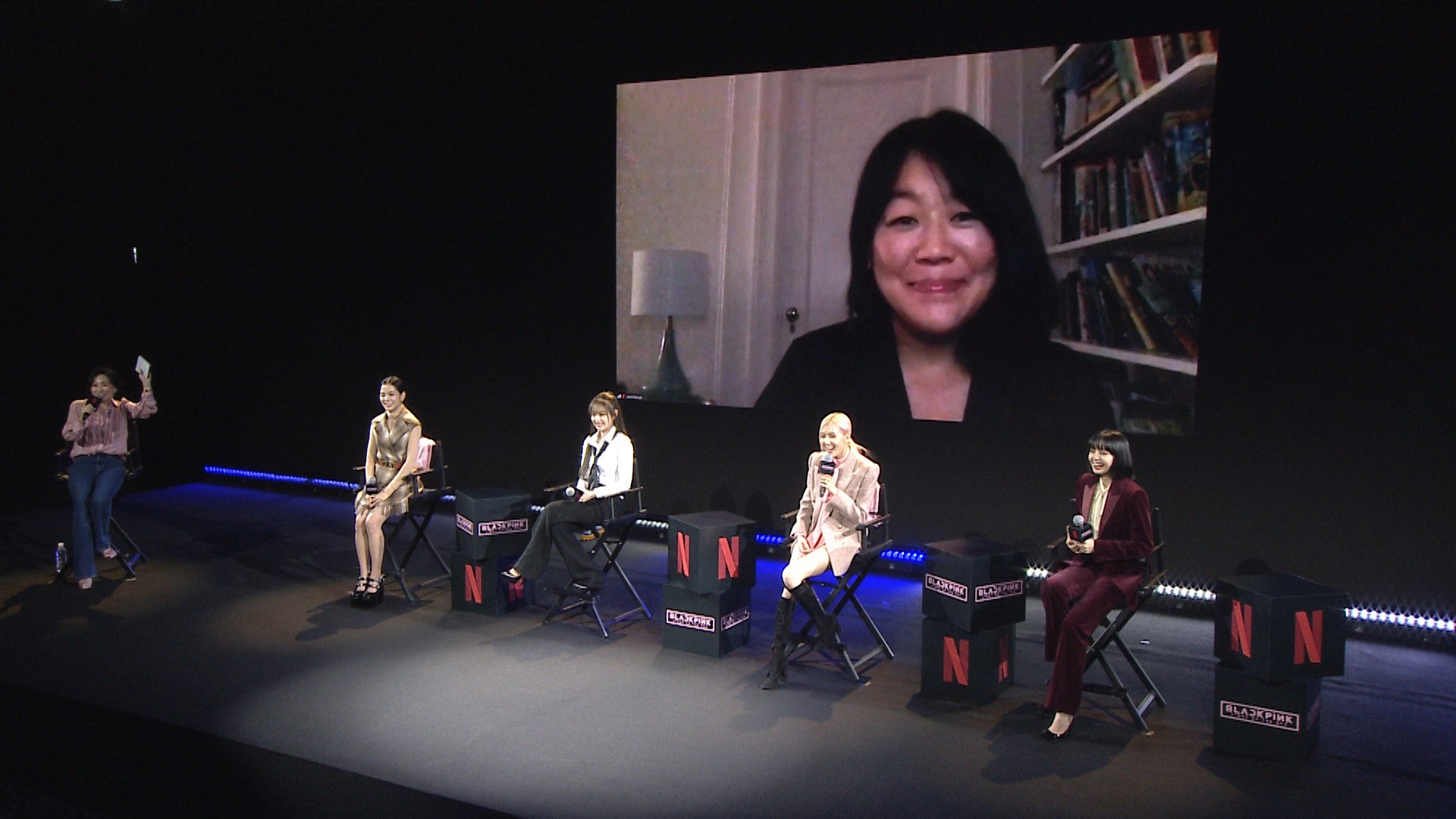 Q: What made you agree to film this documentary?

Jennie: We always think about ways to get closer with our fans and the public. There was no reason to hesitate and all of us are looking forward to the release of the documentary.

Q: For the first time in K-pop history, Netflix chose BLACKPINK for their original documentary. How does that feel?

Jisoo: It was such an honour for us. We have come a long way and we will continue to work hard and show more of us to our fans. 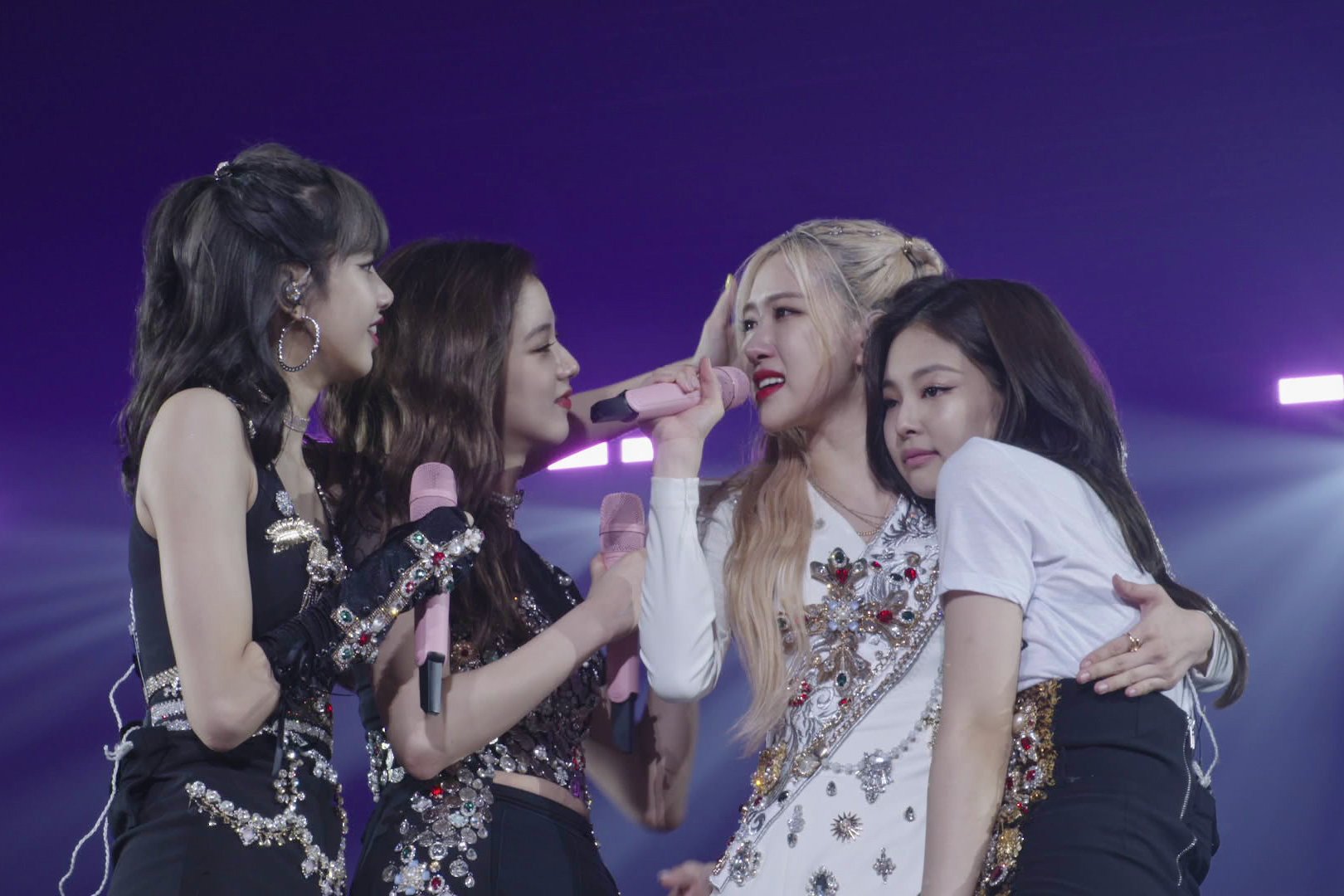 Q: Music knows no borders or language barriers. You girls spoke in English, Korean and Thai in the documentary. There were some shared tears as well.

Rosé: During the interview, we were able to open up and share our genuine thoughts. We just spoke in the languages that we are most comfortable in, and that itself symbolises a part of BLACKPINK. It’s embarrassing when we get true and honest to ourselves, but I hope fans will like that as part of us.

Q: This was the first time you were filmed so up-close and personal.

Lisa: At first, it was a little awkward because there were so many cameras around us and I wasn’t used to showing so much of my daily life. We got more comfortable later on and gradually forgot about the cameras and filming crew infront of us—we even played pranks! 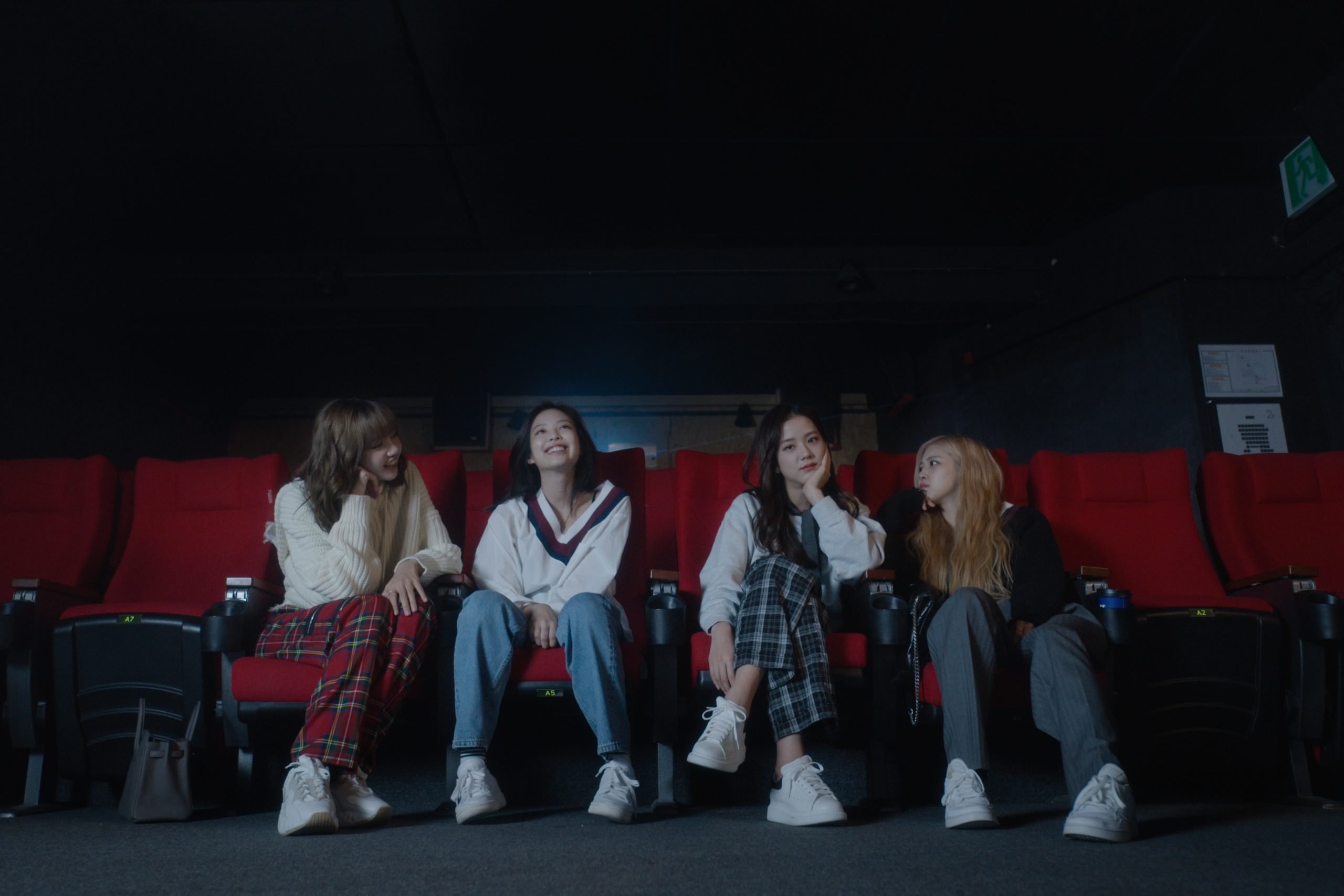 Q: Did the bond between the members become stronger after the shoot?

Jennie: We’ve worked together since we were teens. Now that we are in our 20s, we were able to look back on our growth and share the emotions together. Even when we are working, we are very comfortable with one another and we could share things together. That made our bond stronger.

Q: In the documentary, you were able to speak about things you weren’t able to say in the past. Your Producer Teddy was also featured.

Jisoo: Teddy knows us better than we do. He guides us well, listens to what we have to say and reflects that in our music. He’s the 5th member of BLACKPINK and is essential to the group. 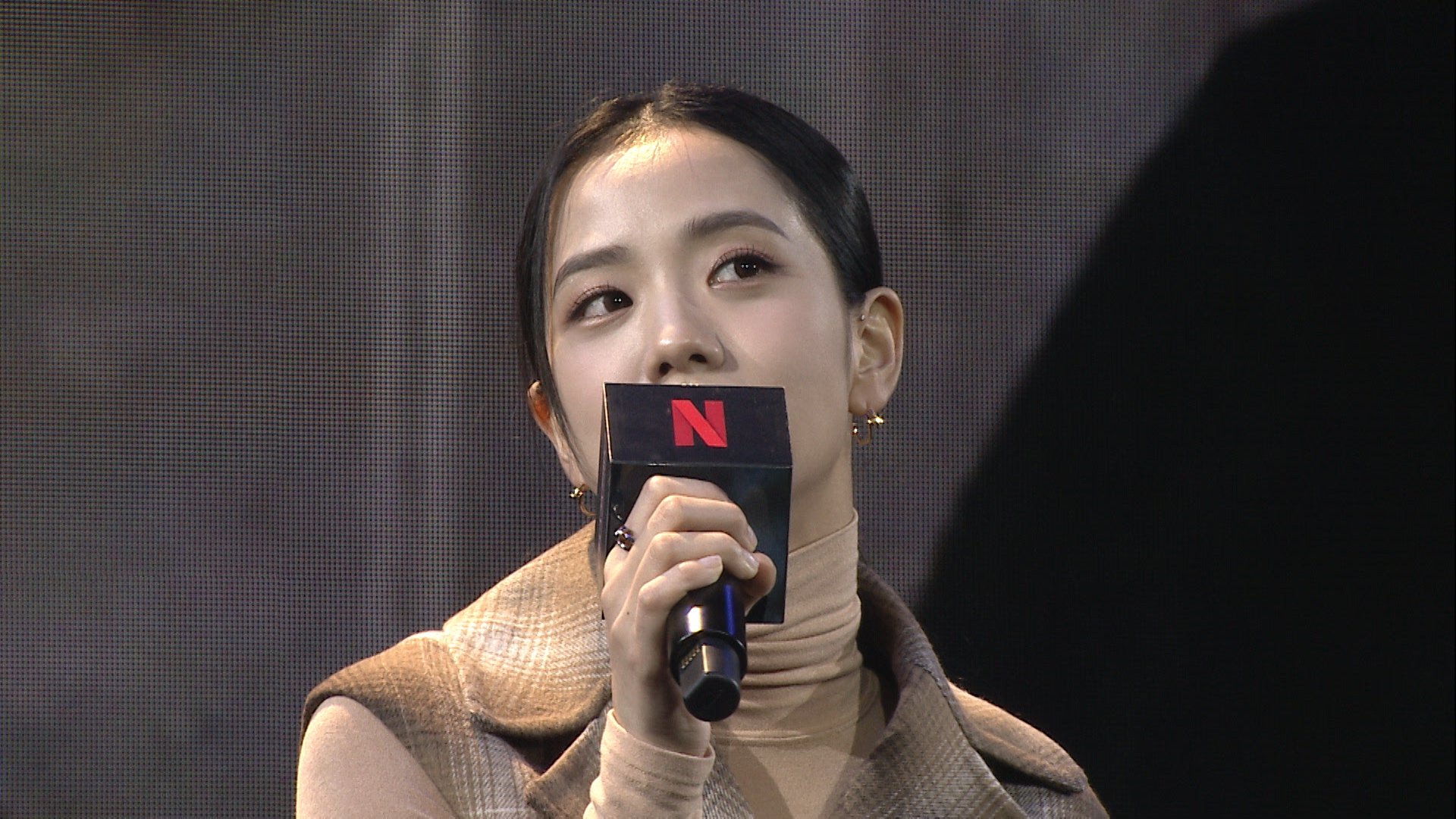 Q: There are some parts in the film that delve into insecurities and self-doubts.

Jisoo: We started out on this project to show the genuine side of ourselves. While having heart to heart conversations, we were able to know each other even deeper and realised just how much we mean to each other. We wanted to share more of us with BLINKS. 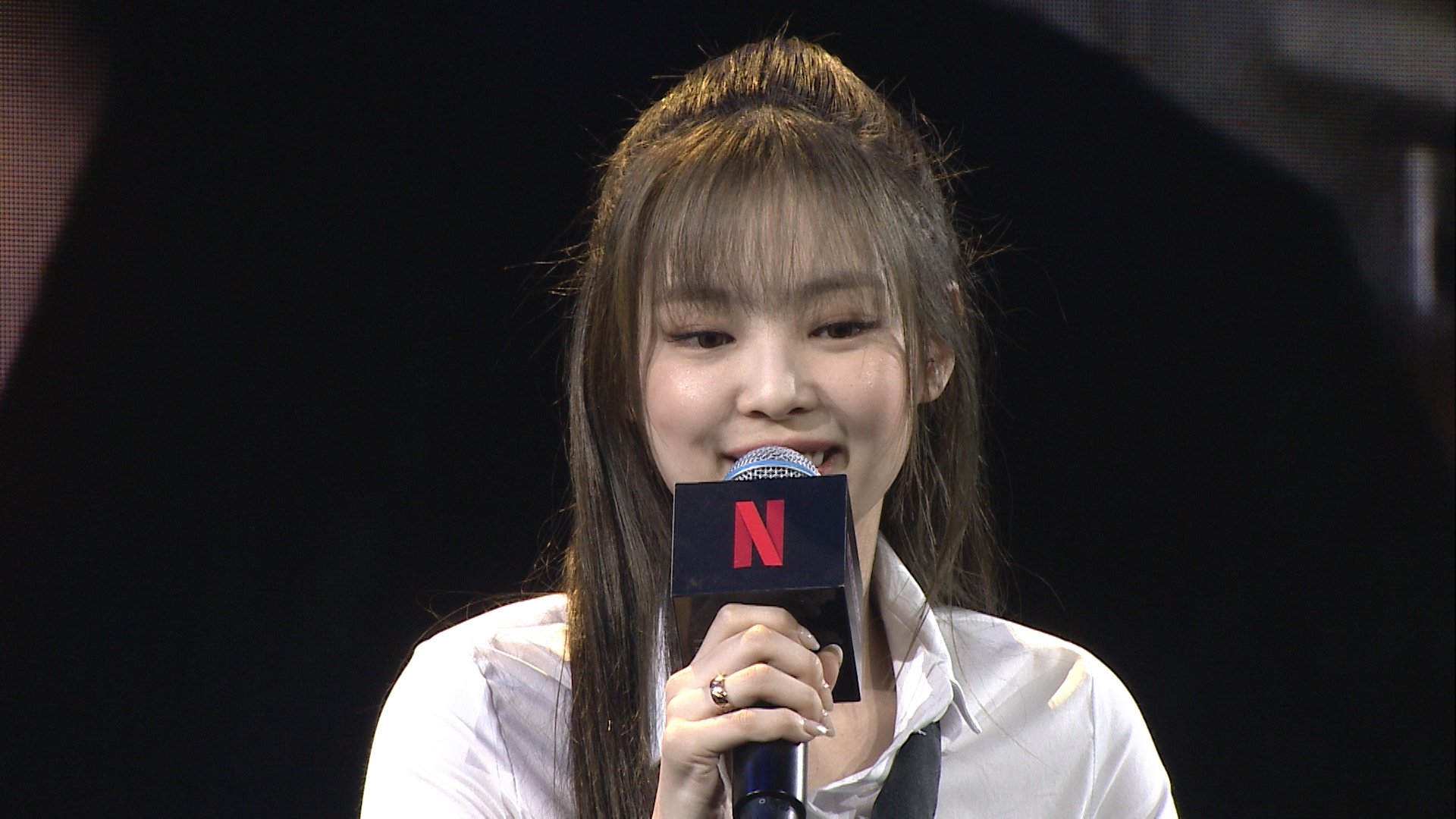 Q: What is the motivation that has driven all of you to come to where you are today? If you could go back to your trainee days, what would you say to your past self?

Jennie: All four of us have a very clear purpose that we wanted to achieve as members of BLACKPINK. With every moment we went through together to achieve that, we made sure none of us become tired in this journey because we are all in it together. We have different styles and strengths but we learn how to communicate and bring that to harmony to achieve our goals.

As for our trainee days… I would tell myself to enjoy the moment if I were to go back. In those days we had our monthly gradings and those moments were precious. We got so close to one another because of the times we went through together in the past. I’d say to us, “Do well and you will become BLACKPINK”. 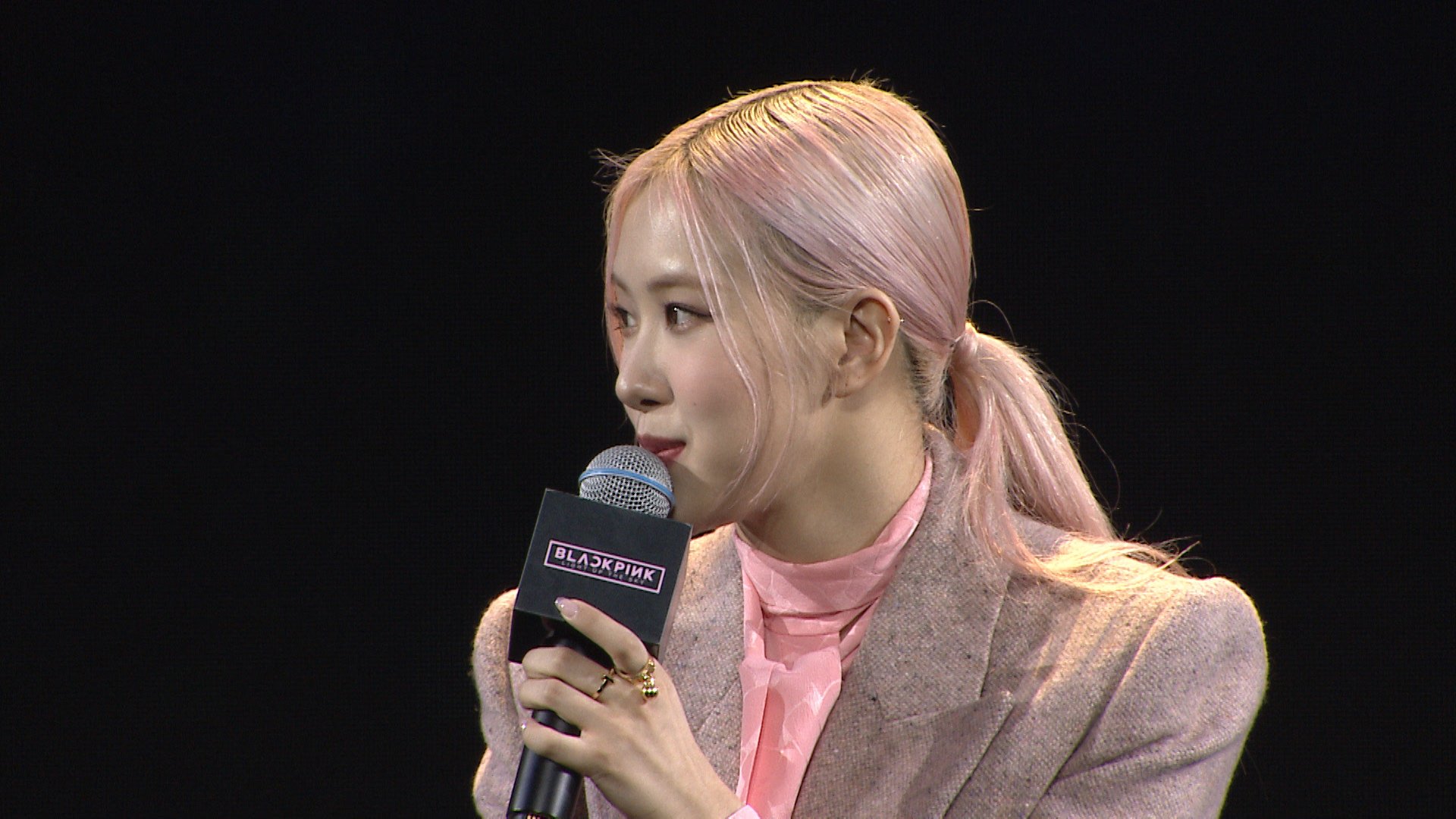 Q: How did the documentary title ‘LIGHT UP THE SKY’ come about?

Rosé: We have a song called ‘How You Like That’ and part of its lyrics contains this line ‘light up the sky’. We thought it was very fitting and perfect. When four of us are together, our skies light up the brightest.

Jisoo: Every time when we come up with something new, all four of us tend to agree a lot with each other.

Q: Are there any successes that you are proudest of?

Rosé: Every time we make a comeback with new music and MV, we really put in all that we’ve got. When we see the results, we feel really proud and fulfilled. 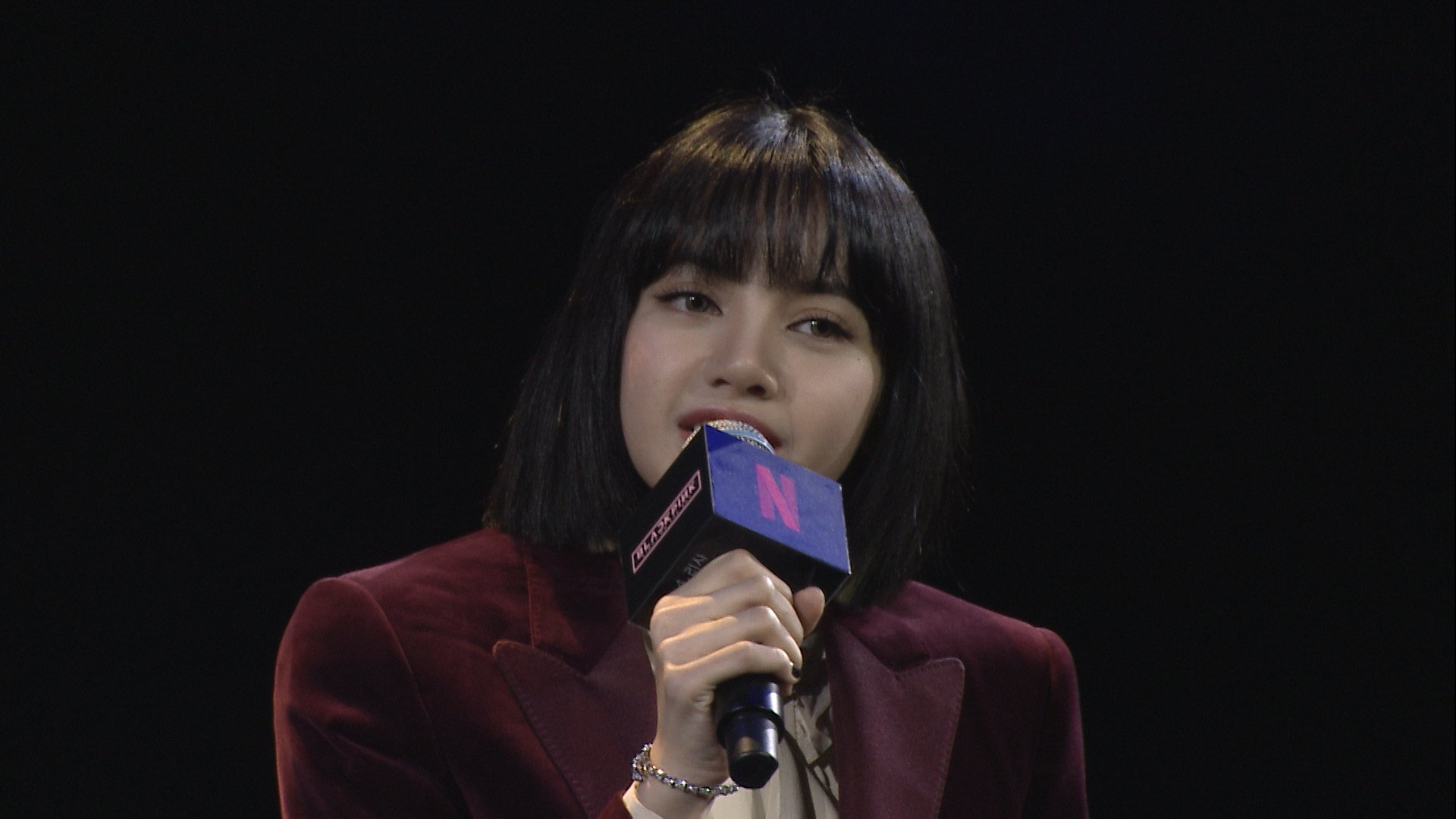 Q: What was most memorable shooting the documentary?

Rosé: There was a scene where we were looking at our old footages together. That was really fun as we were talking about some old episodes and teasing each other a lot. When I look at my old footages, I have an urge to burn most of it away as it was so embarrassing, but we were having so much fun teasing each other.

Jennie: There were a lot of interviews in the film. Before the interviews, I was initially very nervous but when we started talking, I find myself talking and sharing a lot about myself comfortably.

Jisoo: I haven’t watch the documentary yet, but I am really curious about what Teddy has to say about us.

Lisa: When we were watching old footages together, I felt that Rosé’s childhood was most impressive. I hope BLINKS can have a look at that, you’ll love it especially Rosé’s video. 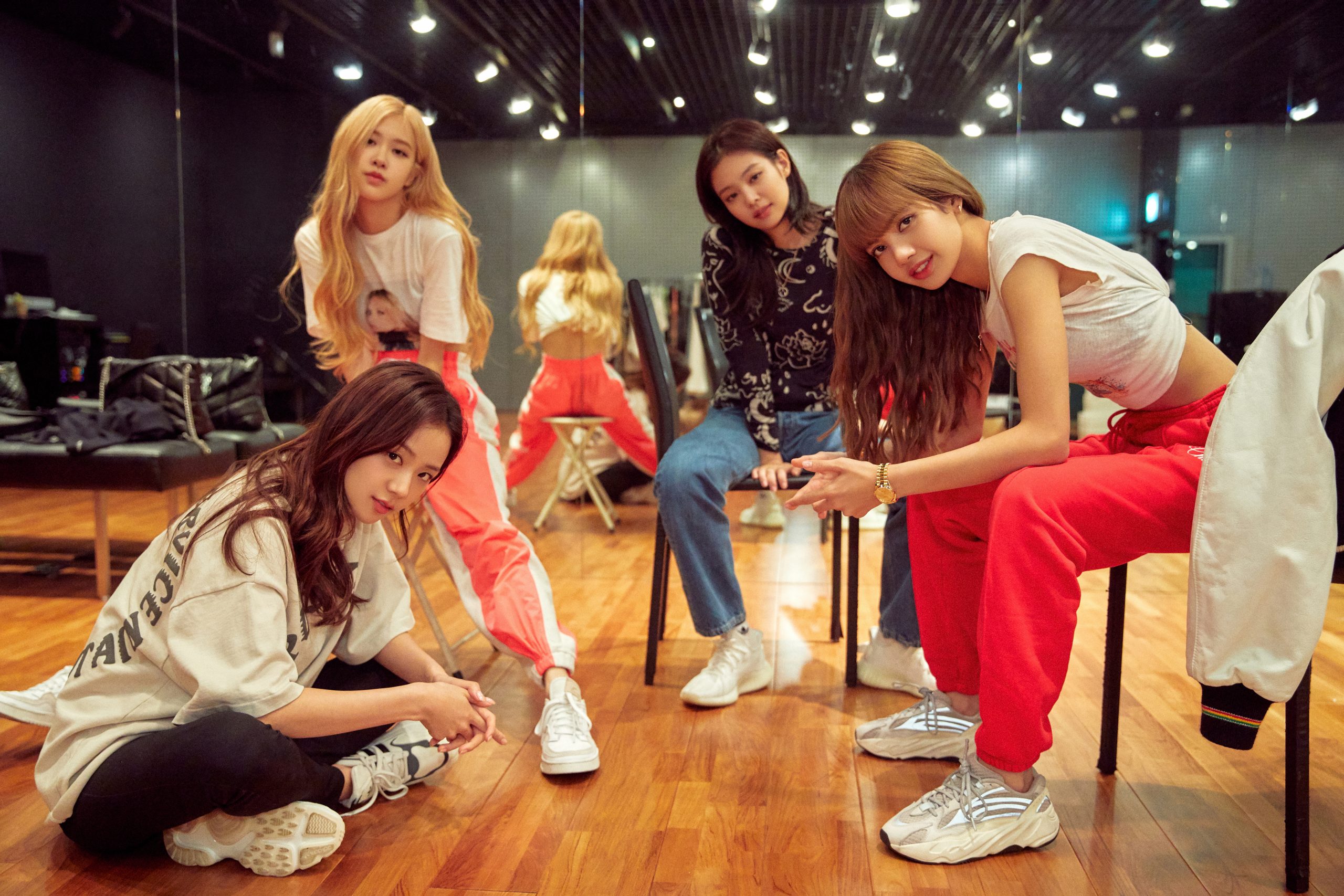 “In a way they seem like sisters, they are a family basically. I hope the film humanizes them.” — Director Caroline Suh

The documentary will focus on how each member of BLACKPINK has evolved over the years and we cannot wait to see what’s in store.

BLACKPINK: LIGHT UP THE SKY premieres on Netflix on October 14, 2020. Catch the official trailer here:

Special thanks to Netflix for the invitation to the virtual press conference of BLACKPINK: LIGHT UP THE SKY.

[COVER] EXID Charms Fans At Their Asia Tour in Singapore