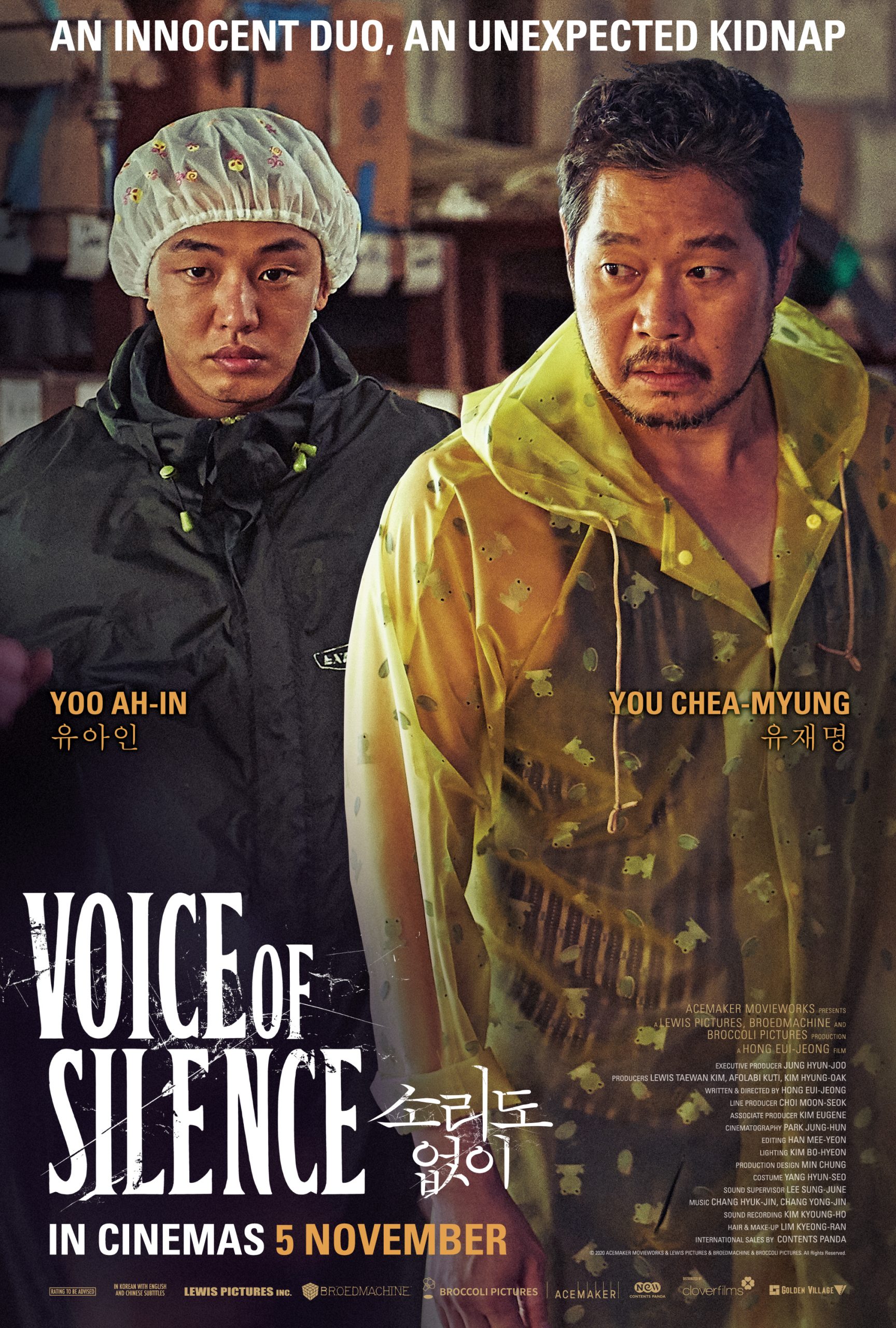 Yoo Ah-in will be making a comeback to the big screens with his second film of the year, Voice of Silence.

In this film, he acts alongside actor Yu Jae-myeong, whom both work for crime organisations and one day find themselves having to deal with an unexpected situation. 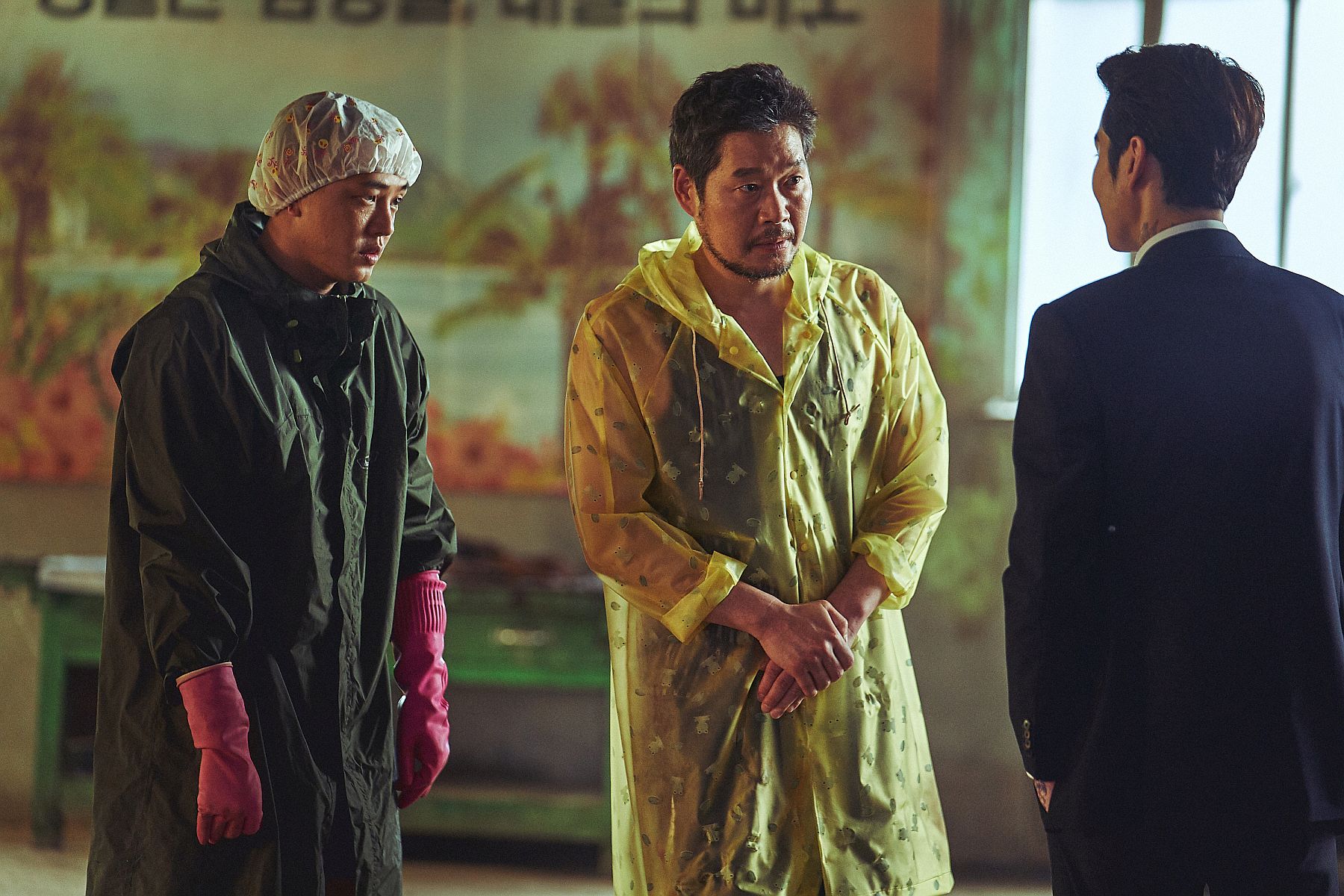 Playing a character who has lost his voice, Yoo Ah-in naturally has no dialogues at all in this movie. He has also undergone a huge transformation to prepare for this role, where he gained over 33 pounds (15 kg) and shaved his head bald.

However, all that dedication was proven to be worthwhile as the indie film peaked at the Korea box office on its opening day and maintained No.1 on the chart in its first weekend.

Voice of Silence will be opening in Singapore cinemas on 5 November 2020. 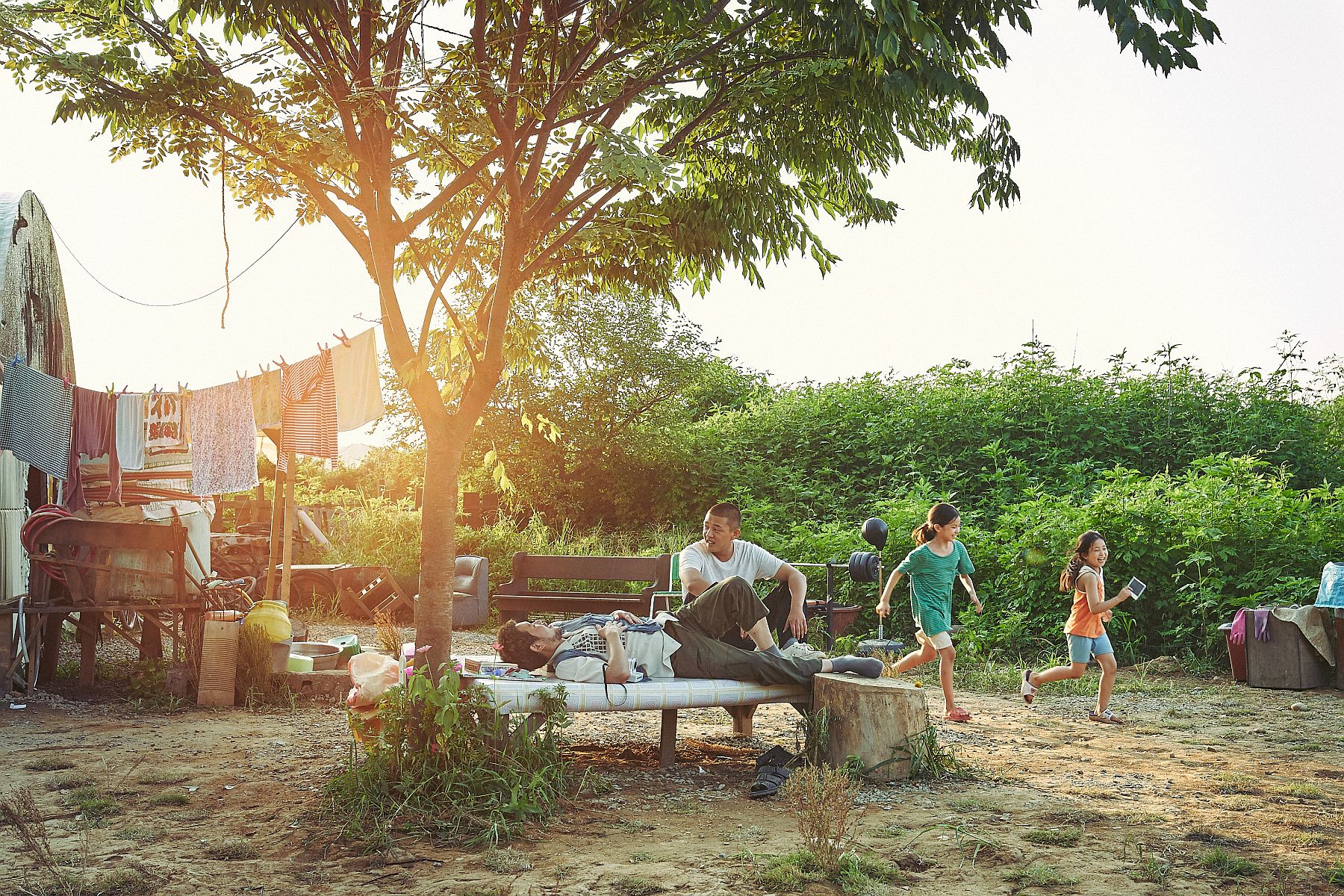 Film Synopsis:
Tae-in (Yoo Ah-in) and Chang-bok (Yu Jae-myeong) make their livings cleaning up crime scenes. One day, they are left to take care of a kidnapped girl named Cho-hee (Moon Seung-a), who was raised to be a kind and caring sister, obligated to take care of her brother in a male-orientated family. In fact, she was abducted instead of her brother, because it has always been obvious to stand in for her bother.

Cho-hee manages to keep clam and swiftly read the situation she is placed in. Even when she sees Tae-in cleaning up brutal crime scenes, she keeps her calm, acting the “good girl” inside her, even taking care of Tae-in’s little sister. Tae-in starts to open himself to Cho-hee, while Chang-bok, who was supposed to come back with Cho-hee’s ransom, becomes uncontactable. Now Tae-in has to go through the situation all alone…