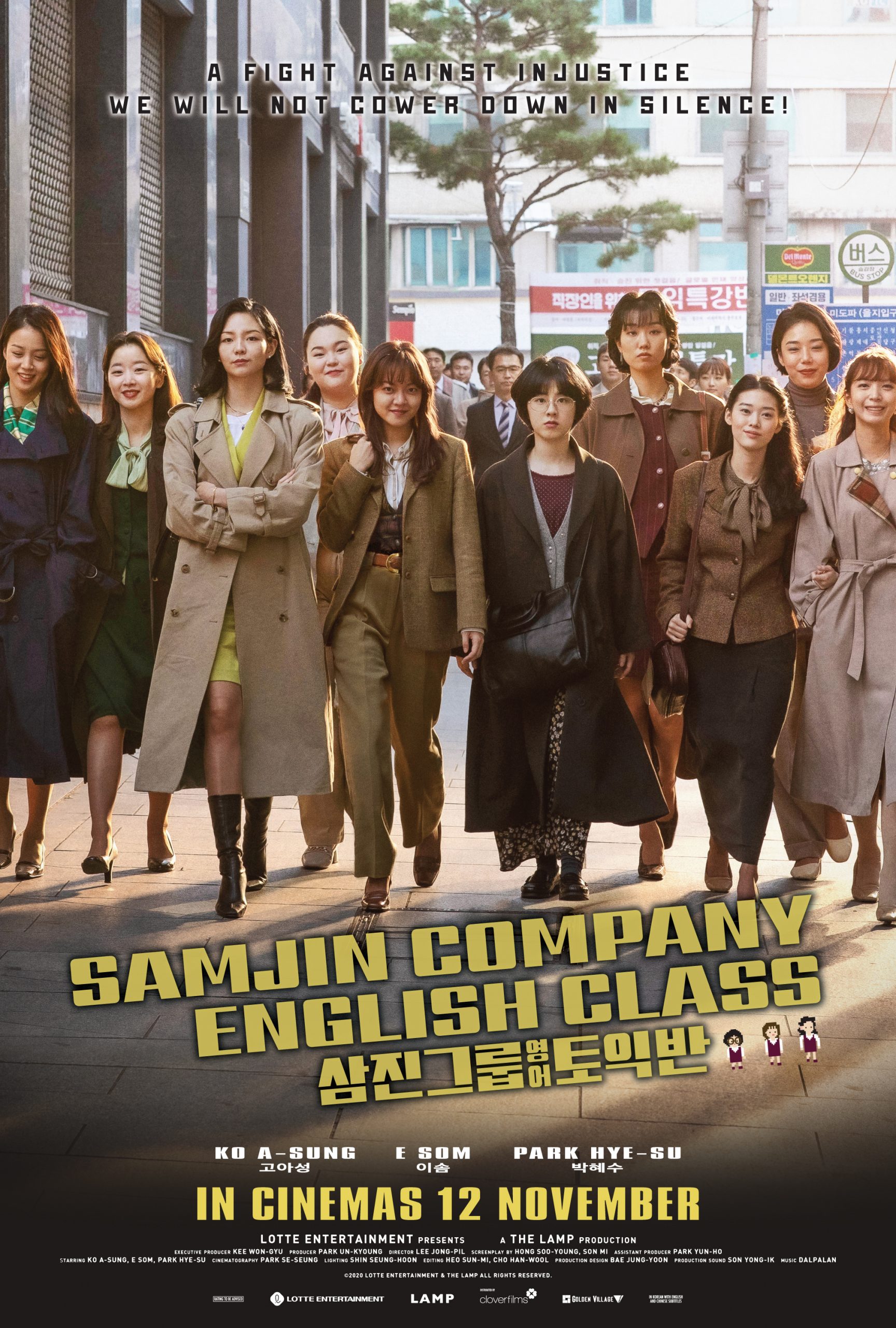 A throwback to the 1990s, Samjin Company English Class stars Ko Ah-sung, E Som and Park Hye-soo, whom play the characters Lee Ja-young, Jung Yoo-na and Sim Bo-ram respectively. The three young women have worked at Samjin Company for eight years but were never promoted within the company due to being high school-grads without a college diploma. When there’s finally an opportunity for promotions, they find out about a corruption inside the company.

This film relays a story of high school-grad office workers’ fighting spirits, and audiences will see how the three actresses come together as a single unit in a fight to uncover a dark scandal.

Even though the film takes place 25 years ago (set in 1995), the uncertainty they feel and how they deal with the realities of life are just as relevant today as it was then. 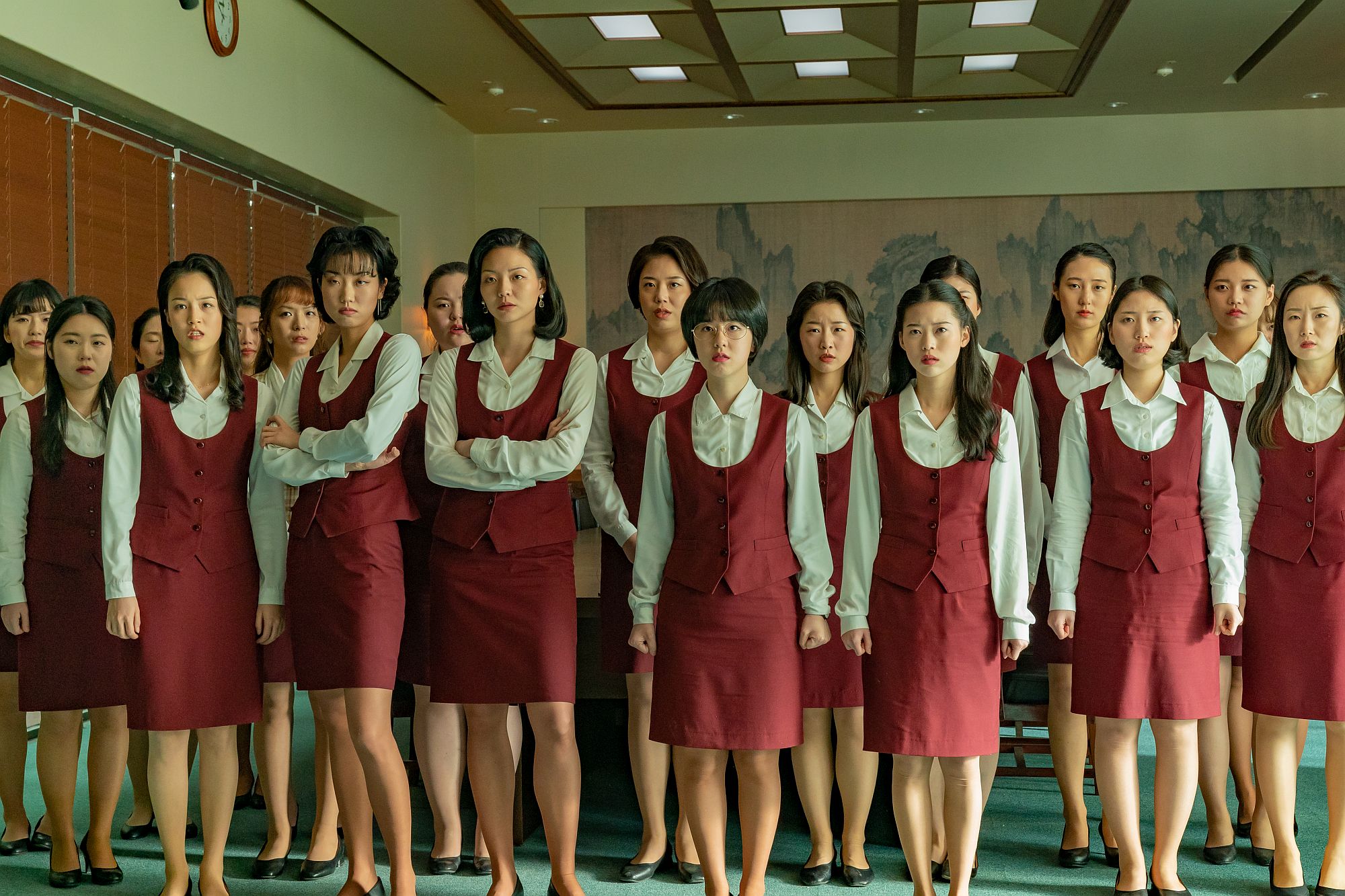 1990s was marred in Korea by the IMF financial crisis but it was also an era where personal style and individuality began to take shape by its citizens. Unlike the older generation, their completely different lifestyle was labelled as ‘Generation X’.

For some, this film will be a trip down memory lane, but to those who didn’t live through this era, it’ll definitely be an eye-popping experience. 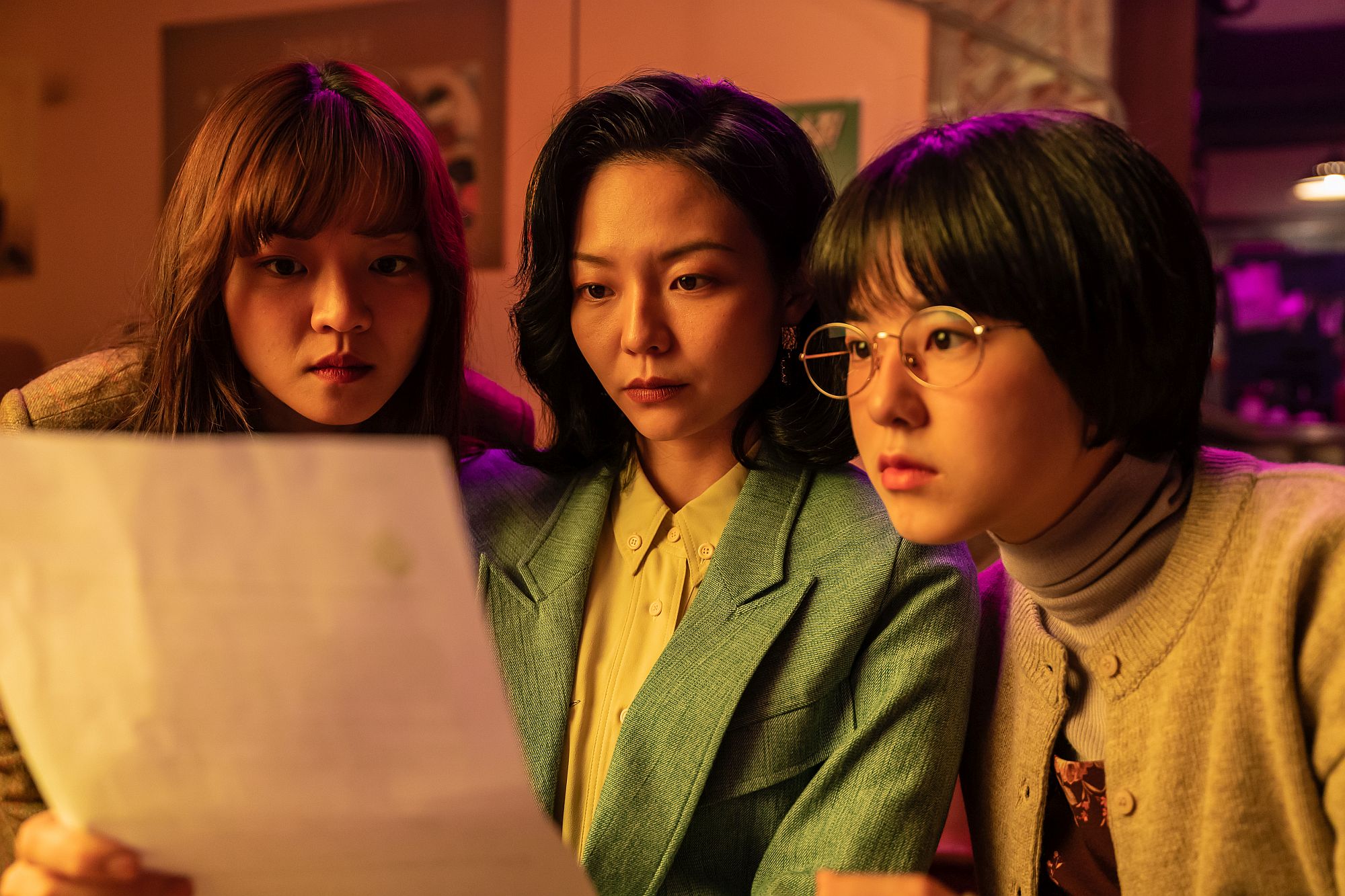 Film Synopsis:
In mid ‘90s when sexual and academic discriminations were rampant, 3 young female office workers, Ja-young, Yoo-na, Bo-ram, are shunned by their company and are only given insignificant chores due to the fact that they only have high school diplomas. When a company-wide memo goes around announcing that obtaining 600 score in TOEIC could earn them a promotion, the trio and other high school grad female office workers enroll in English classes in hope of thought of finally advancing their careers.

One day, Ja-young is sent to a factory in the country on an errand and by chance witnesses its waste water being poured into the river. She’s convinced that the company is into shady dealings, and together with her 2 friends, they go on a hunt to find irrefutable evidence but they’re on the verge of getting fired by the company trying to cover up the corruption. When the rumor of the trio’s renegade action goes around, they are completely shunned by everyone there. But the female workers from the English class combine forces to push this case into a new chapter.

[K-Movie] Horror Unfolds at the Haunted ‘Ghost Mansion’, Out in Cinemas 15 July