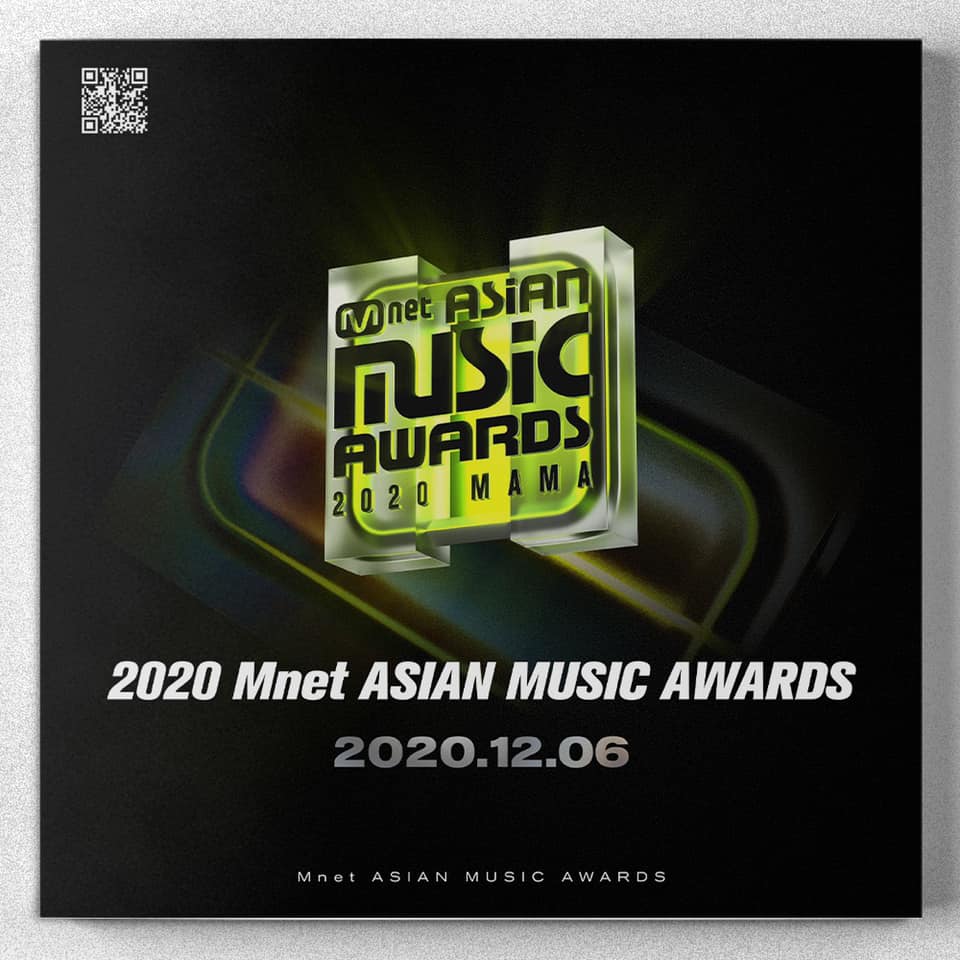 Twitter and Mnet Asian Music Awards (MAMA), one of the most iconic global K-pop awards shows, are coming together to bring K-Pop fans’ favorite artists closer to them than ever before. This year, Twitter and MAMA will bring the event to K-Pop fans around the world with the 2020 MAMA Stanbot, and Worldwide Fans’ Choice voting on Twitter.

#2020MAMA will be the first time that ‘Stanbot’ captures the looks and moments of Kpop artists from MAMA. ‘Stanbot’ will create high quality, slow-motion cinematic videos of artists, capturing a side of them that many of their fans have never seen before. These exclusive ‘2020 MAMA Stanbot’ videos will be viewable only on Twitter (@MnetMAMA). Twitter is also providing special emojis for hashtags #2020MAMA, #MAMAVOTE, #2020MAMA_Stanbot. 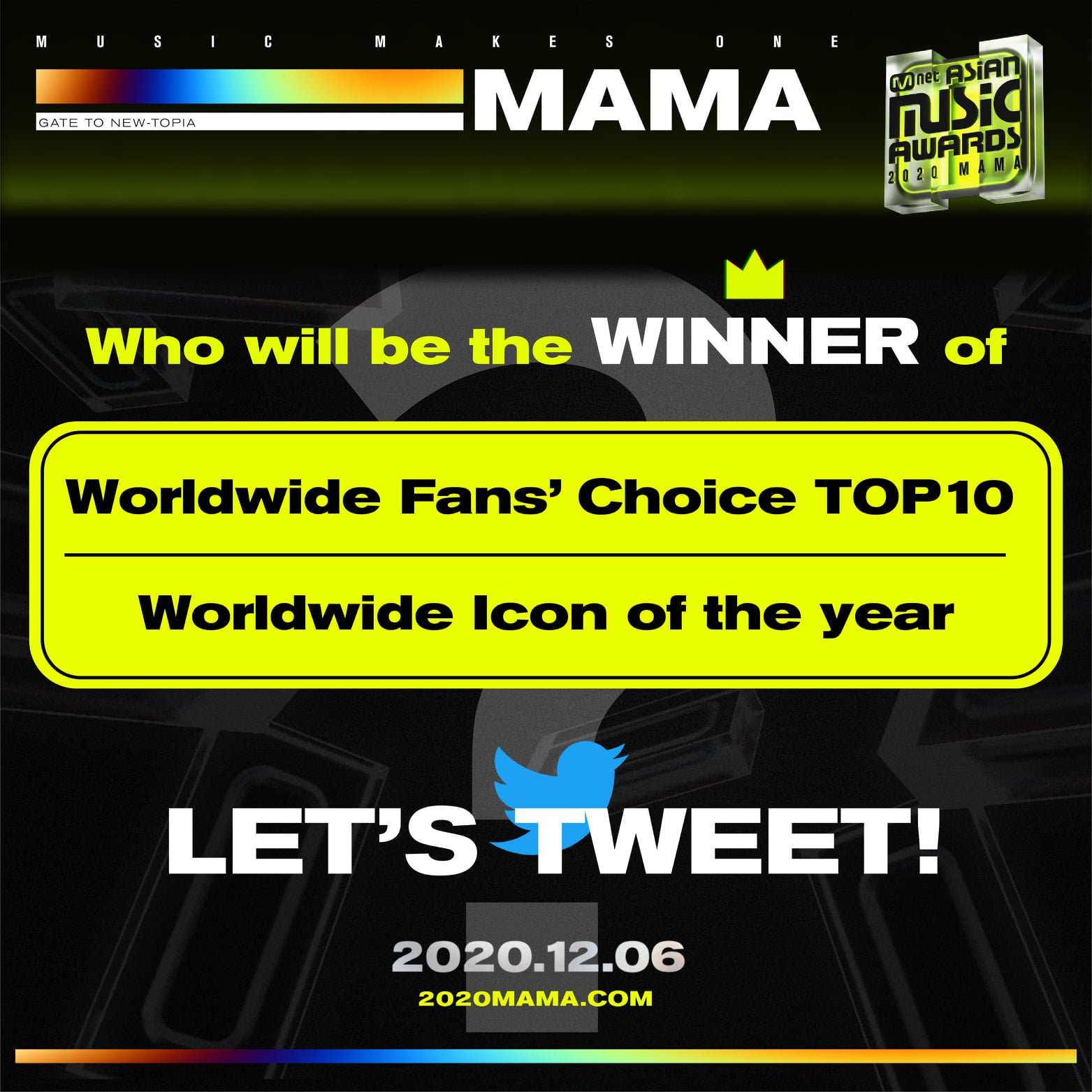 Voting for MAMA Worldwide Fans’ Choice began on October 29, 18:00 KST, and will end on December 5, 23:59 KST at MAMA official website (www.2020mama.com), but will continue on Twitter until SNS voting deadline is announced during 2020 MAMA live on December 6th.

Fans who want to vote for Worldwide Fans’ Choice on Twitter are required to include both the #MAMAVOTE hashtag and the artists’ official hashtag (#artistname) within their Tweet for their votes to be considered valid. 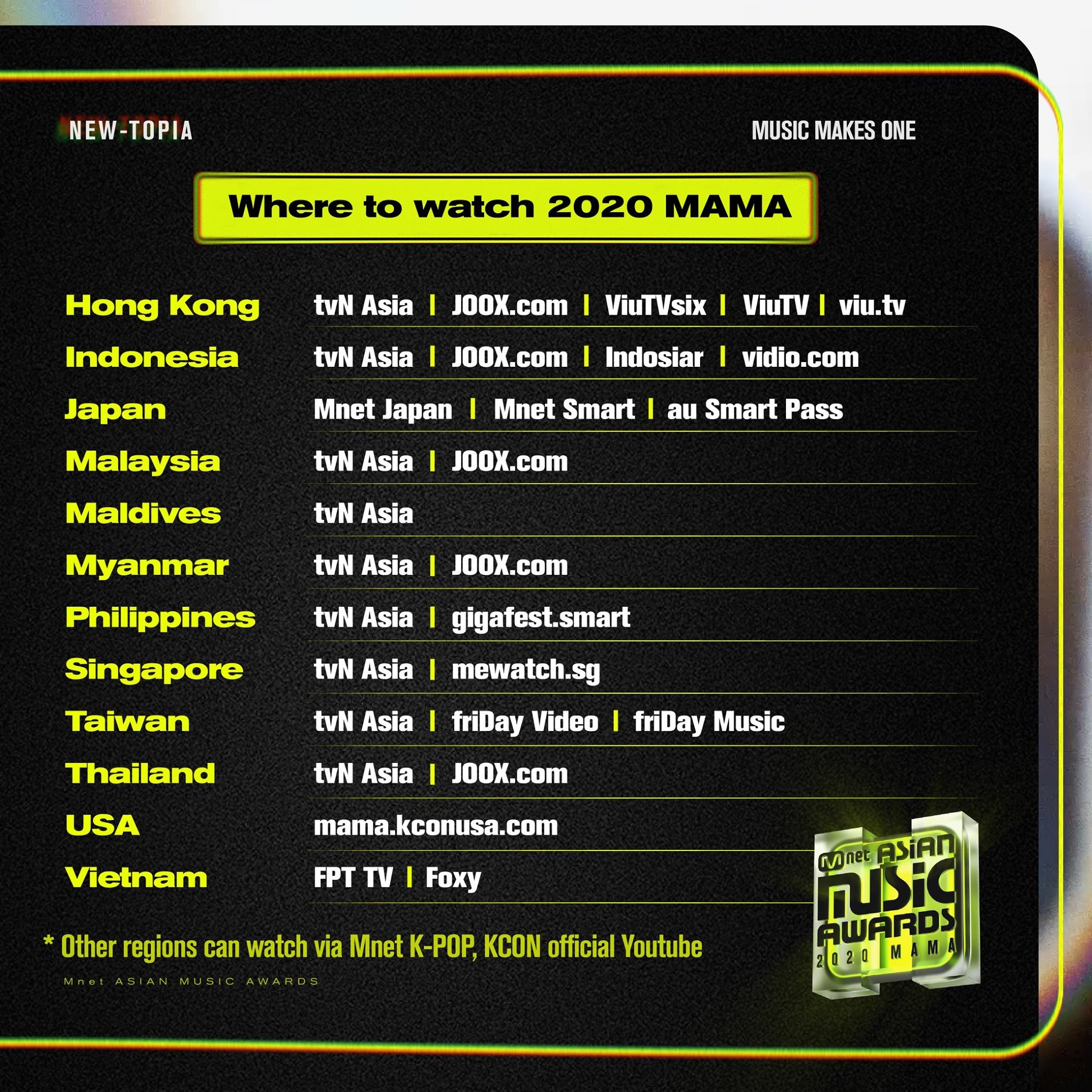 Meanwhile, check out where you can stream the award ceremony LIVE on December 6 at 6pm (KST) / 5pm (SGT)! The prestigious award ceremony will feature performers such as ATEEZ, BoA, BTS, ENHYPEN, GOT7, IZ*ONE, SEVENTEEN, Taemin, TWICE, and many more.