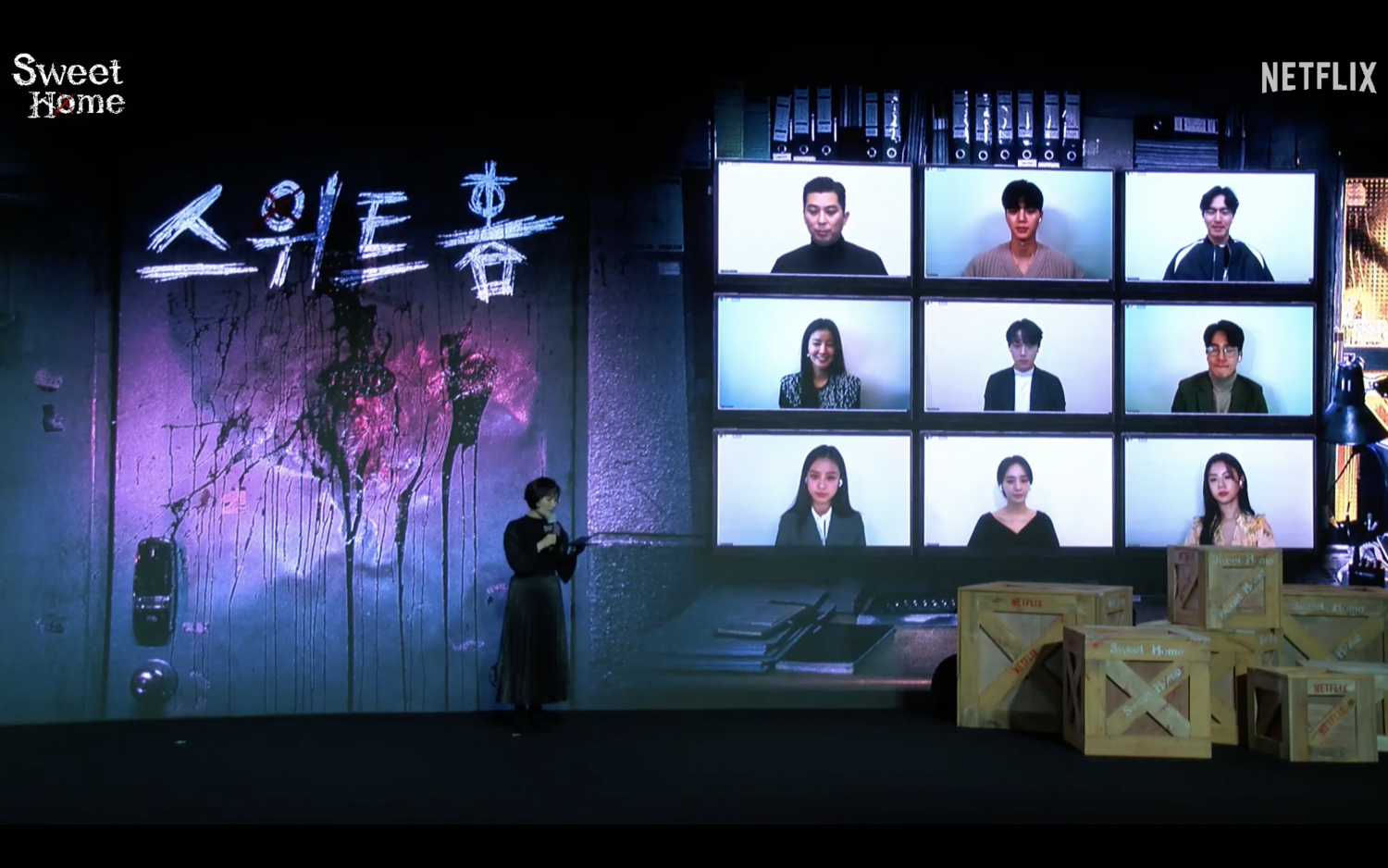 One of Korea’s most popular webtoons of all time, Sweet Home has been adapted into a 10-episode VFX/SFX filled thriller based on the unique world in which people turn into monsters that reflect their internal desires.

Now available on Netflix, the cast members of Sweet Home recently got together virtually for a global press conference, where they answered some intriguing questions about the series. 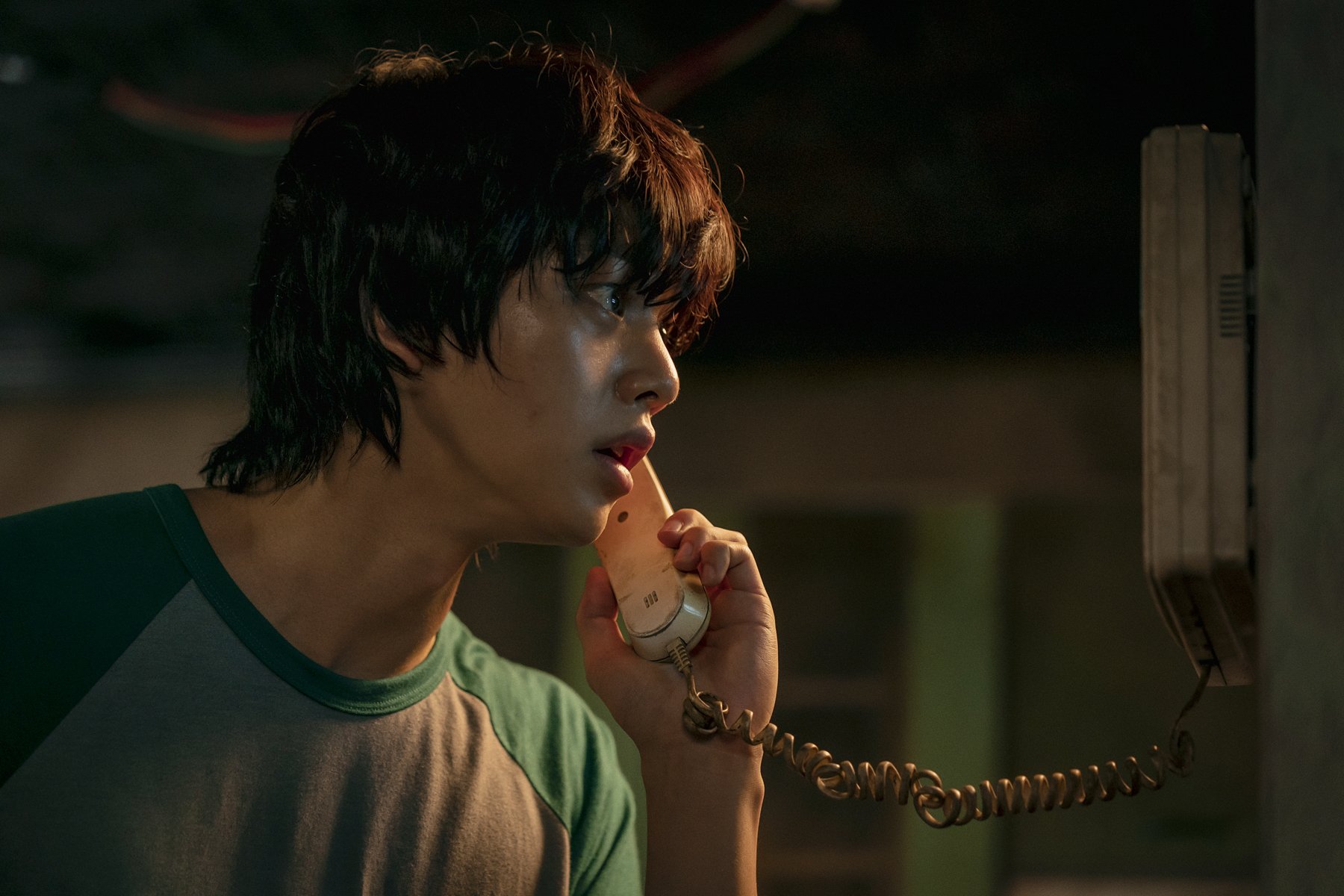 In this series, Song Kang plays the lead character Cha Hyun-su, who is a social recluse seeking to end his life after losing his entire family due to a tragic accident.

Personally a huge fan of the mega hit webtoon, the actor expressed that a lot of thoughts were put into portraying the character.

“I came to a conclusion that when expressing Hyun-su, I should live through the most introverted side of me, the darkest inner self that I have within me. I hope viewers will look forward to these elements in this series.” 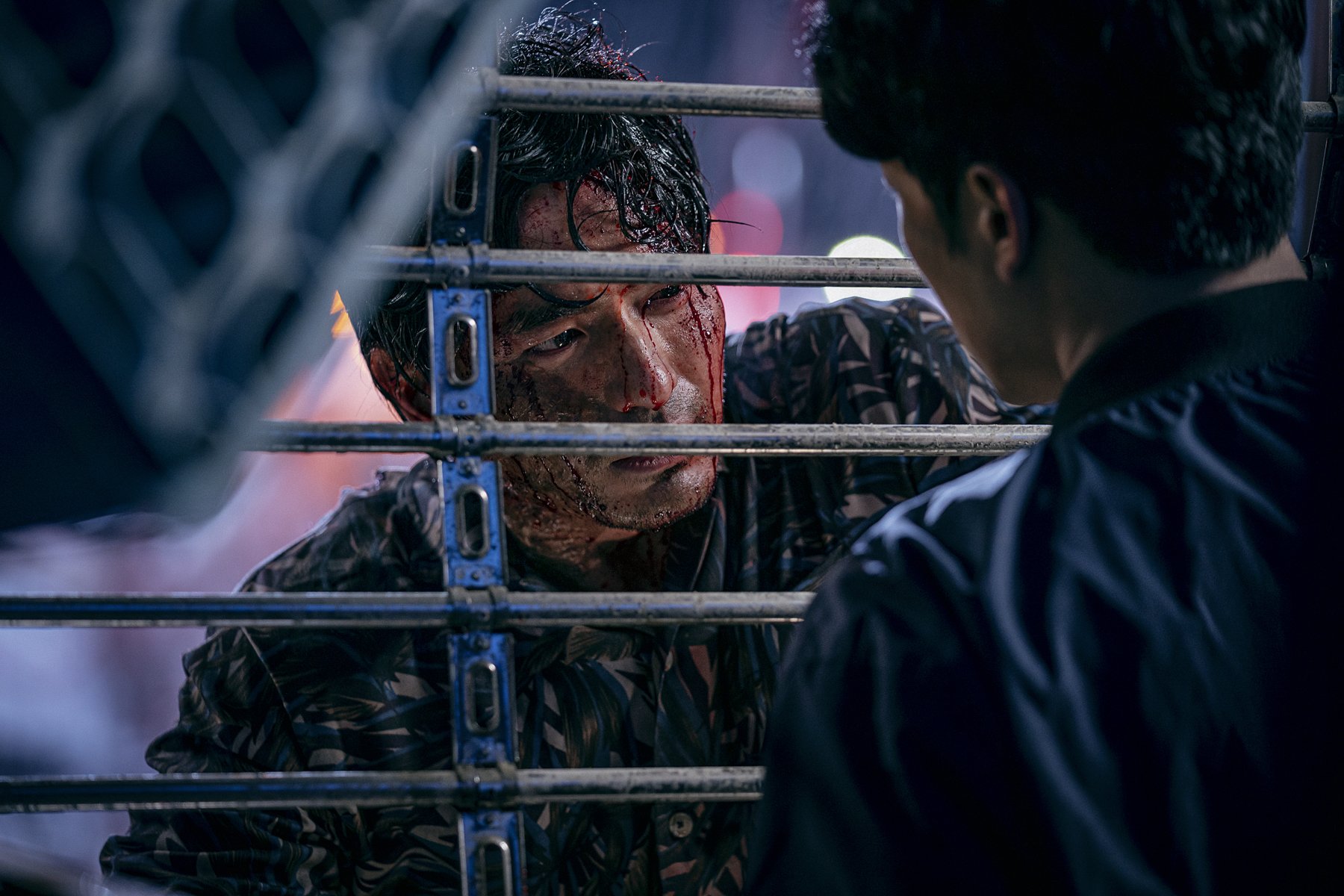 Another main character in this series is Pyeon Sang-wook, a mysterious man who punishes evil in his own way, whom everyone misunderstands for a gangster. While preparing for this role, Lee Jin Wook revealed that he had to undergo a complete transformation in appearance in order to show an unexpected, different side of him.

When asked to describe the most difficult scene to film, Lee Jin Wook picked the scene where several characters had to collectively work together to fight the monsters.

“Everyone has different action scenes and (filming) sequence so that was kind of tricky to shoot. It wasn’t particularly difficult, but it was physically exhausting.” 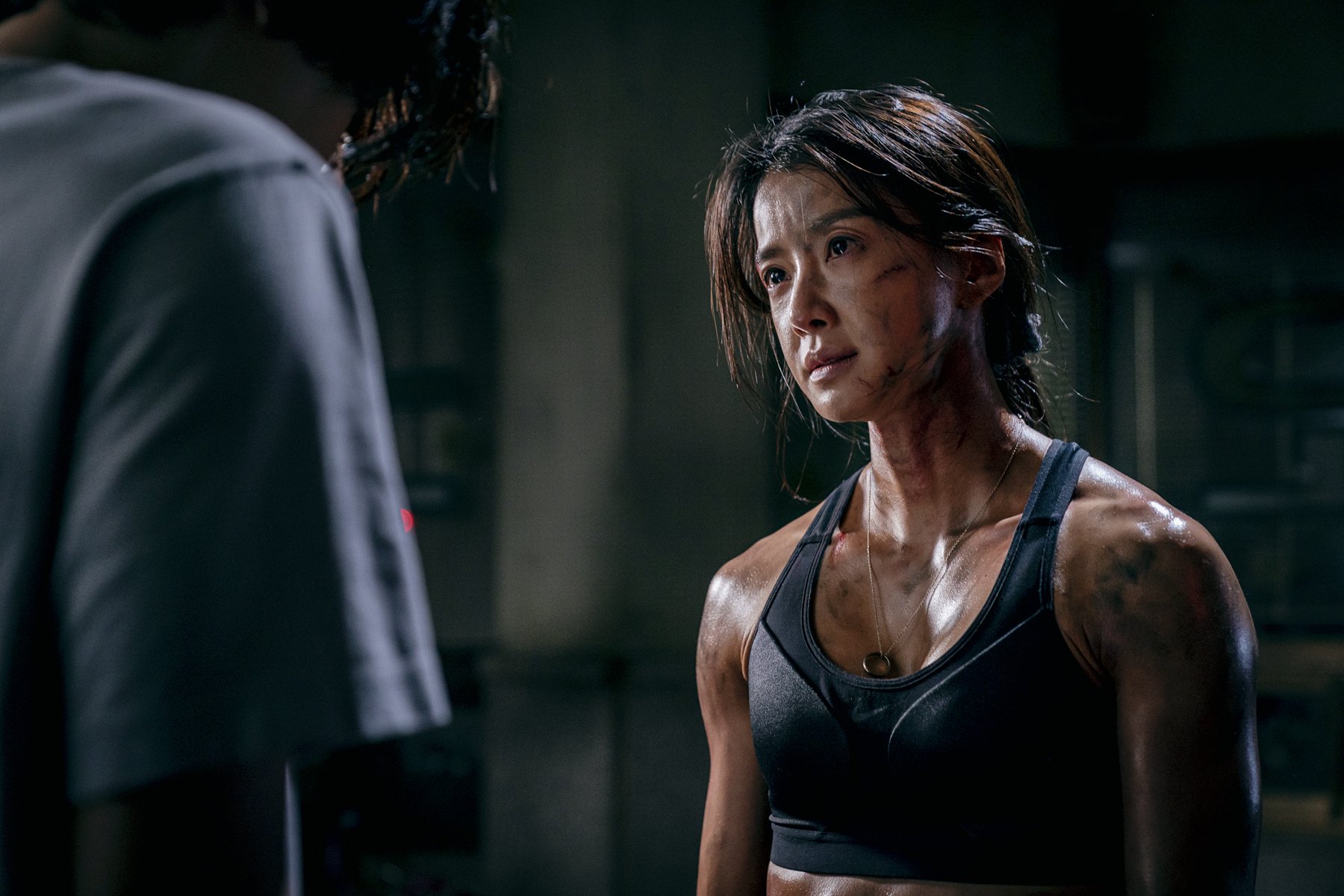 On the topic of action scenes, actress Lee Si-young probably stole the limelight of the series with her super fit physique (with defined muscles on her back!). Playing the character Seo Yi-kyung, a former firefighter, she owes her gym-honed physique to hours of gruelling work-outs, weight trainings and martial arts trainings.

Although the actors weren’t able to see the real monsters in real life, Lee Si-young mentioned that it was interesting and fun to act while imagining them. She added, “The director gave us great directions and insights to how the special effects would come to live, so it inspired me and helped us to imagine better.” 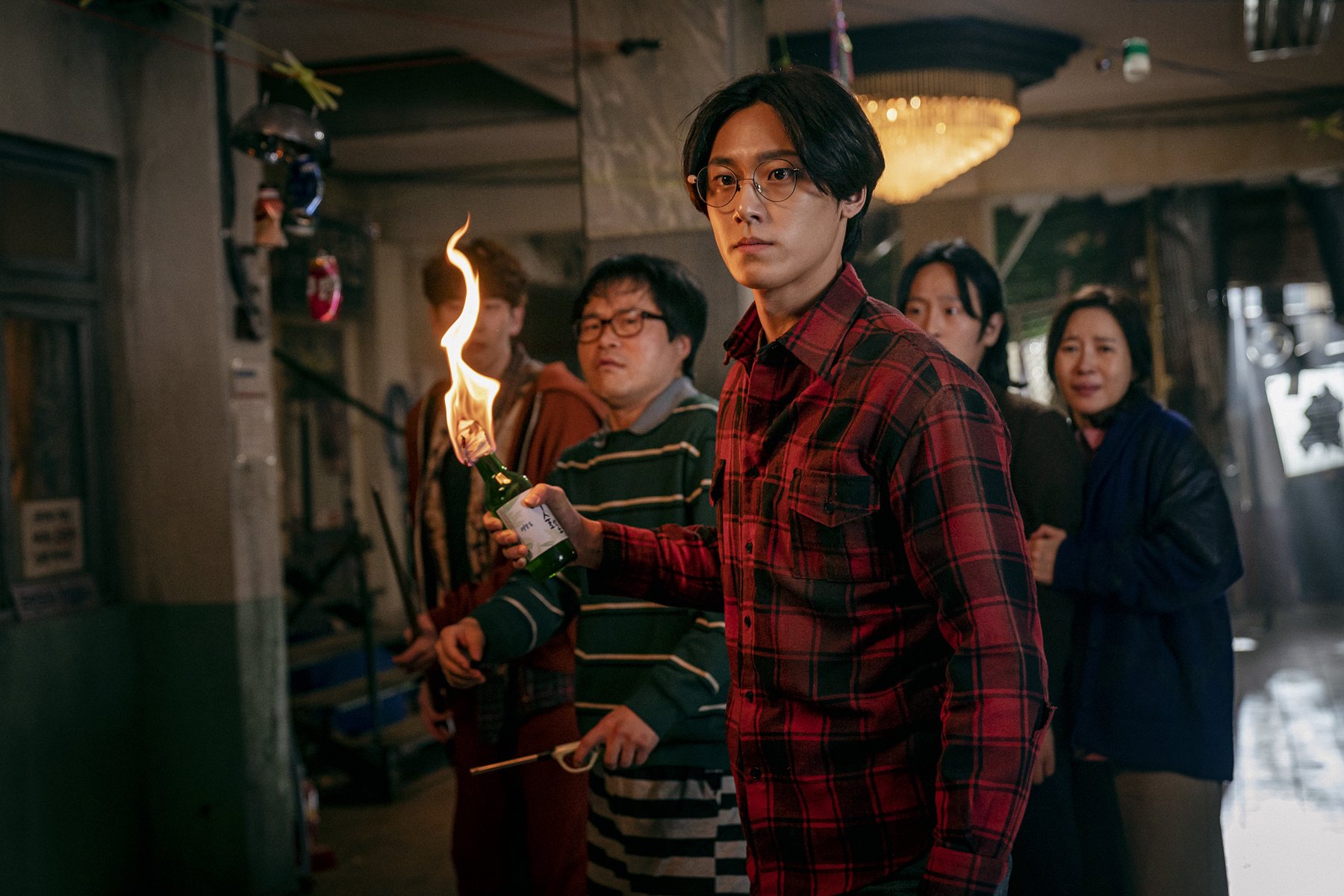 On the other hand, rising actor Lee Do-hyun has also been praised by his fellow actors and the director for his acting skills in Sweet Home. This was his first time acting while wearing glasses, as he plays Lee Eun-hyuk, a medical student who is the brain and the leader among Green Home’s survivors.

To prepare for this role, Lee Do-hyun tried reserving his emotions in his day-to-day life.

“I had to be someone who is cold, lacking of emotions. At first, I tried to express some emotions in the shooting scenes, but after hearing some feedback from the director about the character Eun-hyuk, I withdrew my emotions and tried to express them through my eyes instead.”

Describing this apocalyptic horror series as one that viewers can take away some life lessons, the actor hopes everyone can take a moment to think about the desires of human beings and look at the people around them with a fresh perspective. 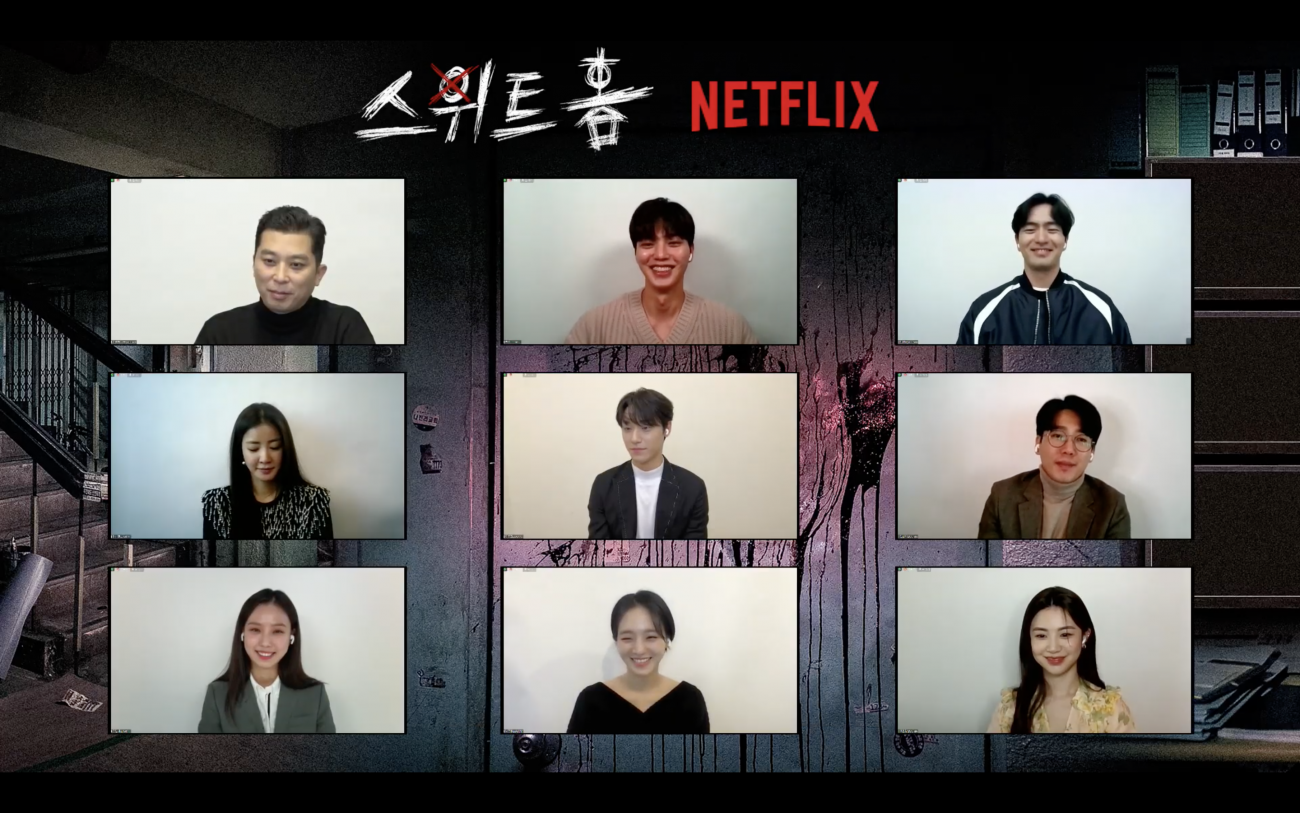 Wrapping up, Director Lee Eung-bok poses a question – “What are monsters?”

“Hyun-su said some monsters don’t harm human beings. I don’t think desires are all bad. Something that looks like a monster is not always all that, so I tried putting those questions and thoughts into the story. I hope to deliver this message to the viewers through the series.”

Watch the making film of Sweet Home below to check out how the monsters are created! Sweet Home is now available to stream exclusively on Netflix.

Special thanks to Netflix for the invitation to the virtual press conference of Sweet Home.